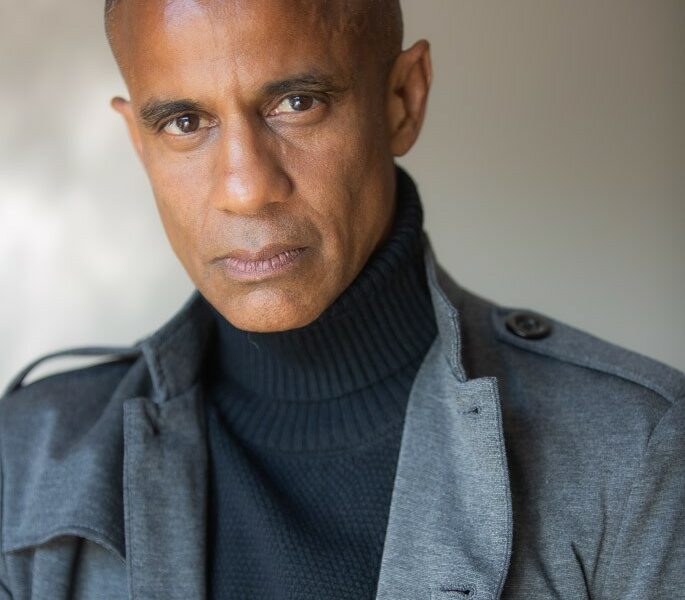 Today we’d like to introduce you to G Anthony Joseph.

Hi Anthony, thanks for joining us today. We’d love for you to start by introducing yourself.
First off, I am humbled and honored that you chose me for this interview… As you are aware, my name is G Anthony Joseph and my fitness / Martial Arts journey started at 10 years old when my mom moved with my two sisters & myself from Trinidad & Tobago in the Caribbean, to Baltimore Maryland USA in search of a better life for herself and her kids.

Moving from a warm Caribbean island to Baltimore had its challenges as a young boy in school hence, I started Martial Arts as a skinny little boy in and around 1970 / 71 at a school called “THE SYSTEM KUNG FU.” My dream was always to return to Trinidad to open a martial arts school which I did at approx. 20 years old. While running the martial arts school for over 6 years in Trinidad & Tobago, I got hit by the acting bug. After landing a couple of plays and TV shows in Trinidad, I packed up what little I had and headed to Los Angeles in the late 80s.

Landing in Los Angeles with almost nothing, the struggle began, i.e working 2 jobs, one graveyard shift at a gas station, one day job, and acting classes in the evening. This went on for over 4 years. Even though I began to make headway into the Hollywood industry & got into the prestigious SAG / AFTRA Union membership in 1989, I was never one to wait for the phone to ring, hence I began, (in the little gas station graveyard shift booth I used to work in) writing a screenplay. This screenplay became known as “MEN OF GRAY” which I then went back to Trinidad to film in 1990 as my LA school thesis graduation project. After the filming was over, I came back to LA and the movie was released by TTT (Then the biggest TV network) in Trinidad. The faxes and phone calls started coming through to me in LA.  I  could not believe the success and impact this little 7K budget movie would have in Trinidad and throughout the Caribbean for decades to come. This prompted me to go back to Trinidad to make MEN OF GRAY II – FLIGHT OF THE IBIS, a journey that was supposed to take about 5 months in Trinidad but ended up taking 7 years. Both of these movies impacted my early Journey into the Entertainment Industry more than I would have ever imagined.

I decided to return to LA for the final time in 1998 and never looked back. I am so very fortunate to currently be a working actor/producer in television, feature films, and stage in Hollywood CA. I can currently be seen co-starring as Sheriff Allen with two-time Emmy Nominee Jon Lovitz In the FOX Tubi Network movie release of, “Tales of a 5th Grade Robin Hood” (https://vimeo.com/606911837). I then guest starred as BRAD on the true life story of Army retired major Dr. Sonja Stribling in “Life After Divorce” & I will also be seen in a soon-to-be-released TV Pilot episode as the Vigilante Martial Arts Priest, “Father Hammond”

I also appeared as the guest star with Craig T. Nelson on the season premiere of The District for CBS directed by Oz Scott, and with David James Elliott and Catherine Bell on the Paramount CBS hit show JAG, directed by Rod Hardy. In addition, I co-starred with Malcolm McDowell and Ellia English in the feature film Wizardream, helmed by famed director John Carl Buechler.

During my time off, I am usually on stage performing Shakespeare’s plays with the prestigious Los Angeles based, “Shakespeare by the Sea” company. My three-month performance tour in 2014 saw me portraying the famous Puck in Midsummer’s Night Dream. In September 2015, I completed another summer tour in Shakespeare’s As You Like It, portraying Duke Senior and Duke. In May 2016, I was on stage again playing Horatio in Shakespeare’s Hamlet for THE ACTORS FORUM. Recently, in 2021, I was on stage once more portraying Lord Stanley in Richard the III and portrayed Northumberland in Richard the II. I was also fortunate enough in my career to perform several plays for the prestigious company, Sacred Fools Theatre in Los Angeles.

Several films I produced have been distributed internationally; The Eliminator with Michael Rooker, Contract Killers with Nick Mancuso, and Limbo with Bryan Brown being the most recent.

Contract Killers aired on Netflix, Showtime, Starz, and The Movie Channel, and was picked up by USA distribution powerhouse Millennium Entertainment. The film garnered a string of film festival awards, including “Best Feature Film Award” at the Orlando Film Festival and four nominations at the Action on Film International Film Festival in Los Angeles winning “Best Breakout Female Star” and “Best Action Sequence in a feature film.”

In 2010, I was hired as an independent producer for the feature film Limbo (https://www.youtube.com/watch?v=qPq3qKuv0aU), which garnered the most nominations and won five categories at the Amanda Prisen Awards, (Norway’s equivalent of the Oscars) for Best Lead Actress, Best Supporting Actress, Best Sound, Best Photography, and Best Production Design.

I was also honored with the “Pioneer in Film” award for the two earlier films (Men of Gray and Men of Gray II – Flight of the Ibis) that I produced in my homeland of Trinidad and Tobago. The FMPTA (Orlando Chapter) also recognized my film production work in Florida with their award.

At the start of my movie producing career in the 1990s as I mentioned above writing the screenplay at my graveyard gas station job, I did Executive-Produce produced and starred in the critically acclaimed Men of Gray, the first 2-hour television movie-of-the-week produced in Trinidad and Tobago. Men of Gray went on to win first place at the Pegasus Film Festival in Oklahoma City and received honorary mention and a special screening at the Black Filmmakers Hall of Fame Film Festival in San Francisco under the watchful eye of such notables as Spike Lee, Debbie Allen, Robert Townsend, and Keenen Wayans. Their only note for my then fledgling production company was to “shoot a follow-up version on film, and keep G as the lead actor.” This was accomplished three years later in 1994 with the action-adventure Men of Gray II: Flight of the Ibis, released  in the USA as Crackdown.

Recently, Flight of the Ibis was voted one of the top ten best Caribbean films of all time. Most of these older films can currently be seen on the ROKU Streaming network.

On June 26th, 2022 The City of Los Angeles presented me with a Certificate of Recognition award recognizing me for fostering and appreciating Caribbean heritage through the arts, writing, and beyond and inspiring Caribbean people who are striving to new lengths in Los Angeles CA. It was signed by 15 Council members and presented by Council Members from District 8. This award came as a total surprise to me.

We all face challenges, but looking back would you describe it as a relatively smooth road?
As mentioned in the section before this one, what I would say is, “typical now starting off actor struggles” in Los Angeles, having to work 2 sometimes 3 jobs, re graveyard gas station attendant, then a day job, then acting classes at night, then having to afford pictures, resumes, mailing, etc. This went on for over 4 years before  the first ray of light broke to get into this tough Entertainment industry for movies and TV. The details of the struggle can be a book in and of itself. But, I never thought of it as a struggle. It was just something that had to be done to pursue one’s career and dreams. Whining and complaining do not exist in my vocabulary. You simply just DO IT!

I believe sometimes the toughest obstacles actors face are themselves,, when the struggle starts, they may start to doubt themselves, audition after audition, and rejection after rejection,, they may sometimes start to doubt themselves, Me? With all the rejections I received and all the auditions that never went well, to this day, I never ever doubt myself, audition, rejection, audition, more rejection, audition then call back then rejection again, then audition again then a call back and then land the acting job. It never gets old. I enjoy every moment and challenge of it. It is that constant challenge that keeps it so exciting and different every single day while continually growing as a human being every day, week, month, and year. It’s Hollywood baby!!!

Can you tell our readers more about what you do and what you think sets you apart from others?

Well as far as what I do re acting, producing etc, I believe I covered that thoroughly in your opening statement above when I was asked to introduce myself,,  what I can add is that I have been dedicated to fitness, health and Martial Arts since I was10 and remained consistent ever since.. You can see some of my martial arts interviews and facebook pages on line at : (https://www.youtube.com/watch?v=5GgEuWL–1M&t=3289s) and (https://www.facebook.com/tcfsystem) and my separate fitness instagram page here: @jetfitnessg

I believe I am most proud of being able to come from a Caribbean island with almost nothing and working my way to consistently do what I love in Hollywood California not to mention, raising a family, kids, and grandkids. That to me is what life is about. The USA is a beautiful wonderful place & it gave my mother the means to also work  hard and smart in order to give herself, myself and my two sisters a much much much better life that we all enjoy today.

What sets me apart from others I believe, is my ability to focus 150% on continually moving forward, (I will sleep when I am dead) to not complain (we have running water & lights right?)  and appreciate every waking moment especially since there are only 86,400 seconds in a day and if you waste just 1 second you cannot get it back.. I am also so fortunate that at 61 years old I am still  able to work out daily in fitness / martial arts and still feel physically and mentally like I am in the 20s and 30s. That’s life baby !!!!! 61 to me is the new 35!!!! I absolutely love being alive!!!

What has been the most important lesson you’ve learned along your journey?
In my career or any career for that matter, to answer the question “WHAT MAKES YOU SO SPECIAL THAT THE WORLD CAN NOT DO WITHOUT YOU AND WHAT CAN YOU OFFER THE WORLD THATS SO UNIQUE THAT THEY DID NOT REALIZE THEY NEEDED IT UNTIL YOU GAVE IT TO THEM.” The answer to that question guided every decision I made in my career to achieve the ultimate outcome.

The two most important lessons are:  to stay calm, focused, kind, and reasonable in how you treat and talk to people when under the utmost personal or business pressure because that’s the true test of your character and who you are at the core. 2) Whatever is in your life that does not make you happy get rid of it,, immediately.. if you are not waking up happy every single day then something is wrong,, so change whatever that “something” is.. 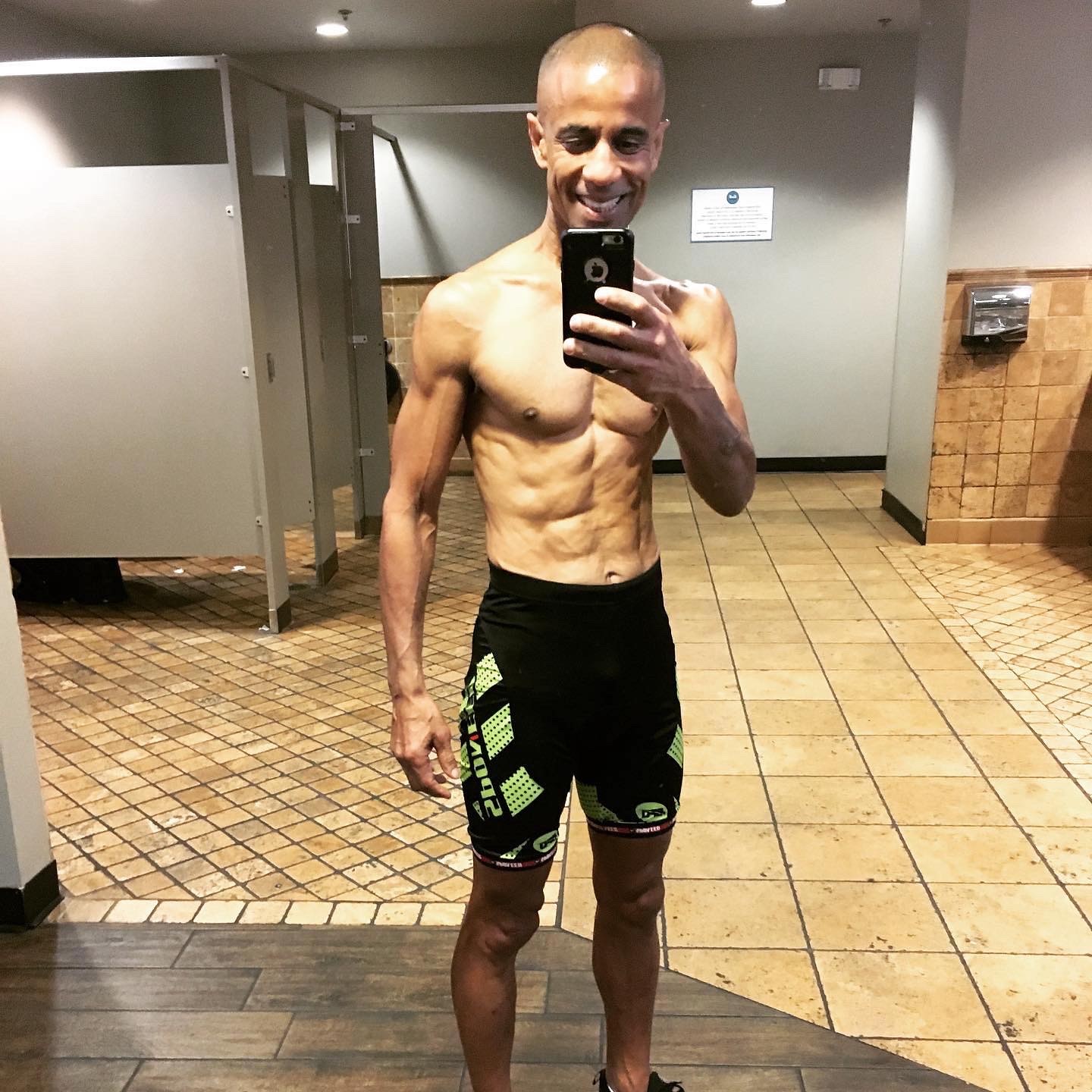 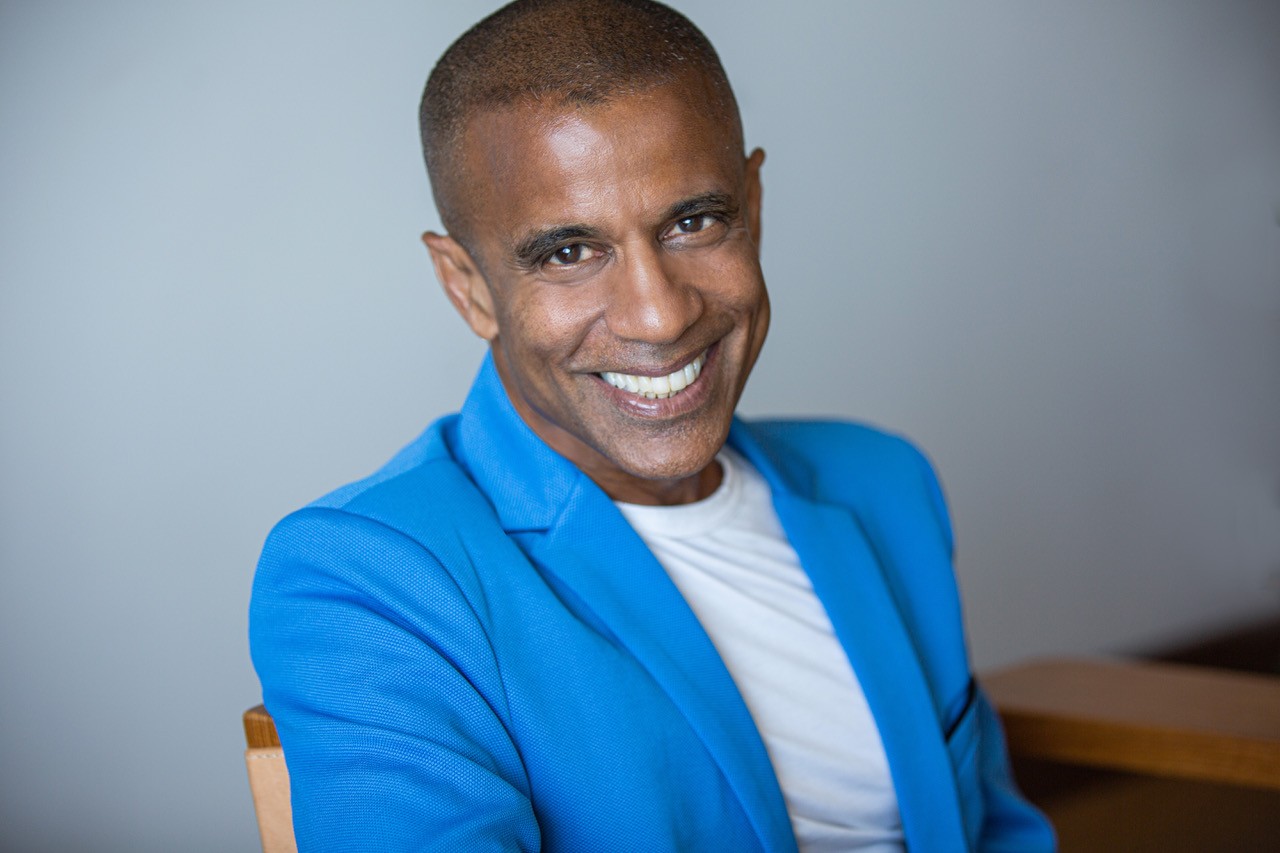 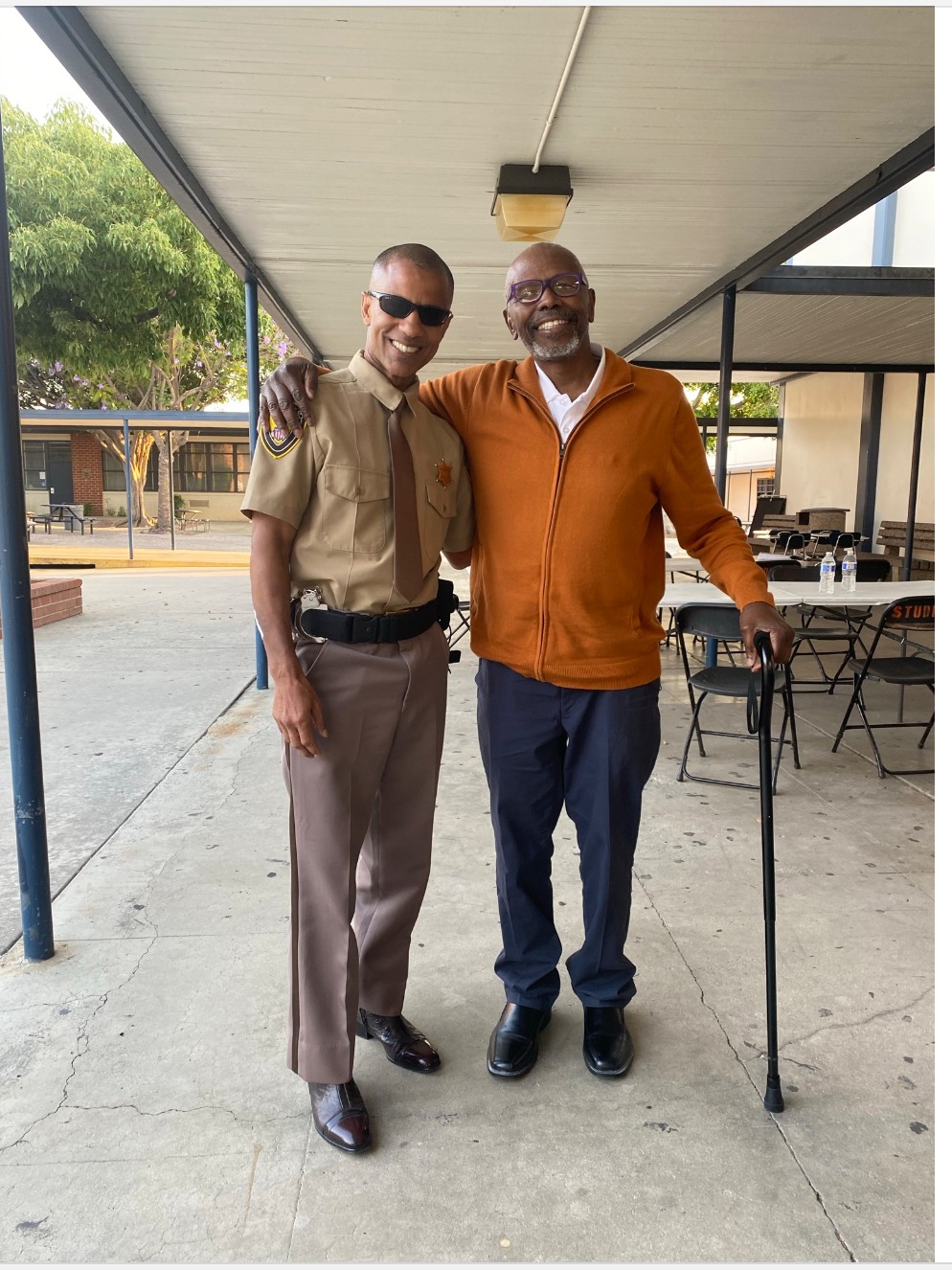 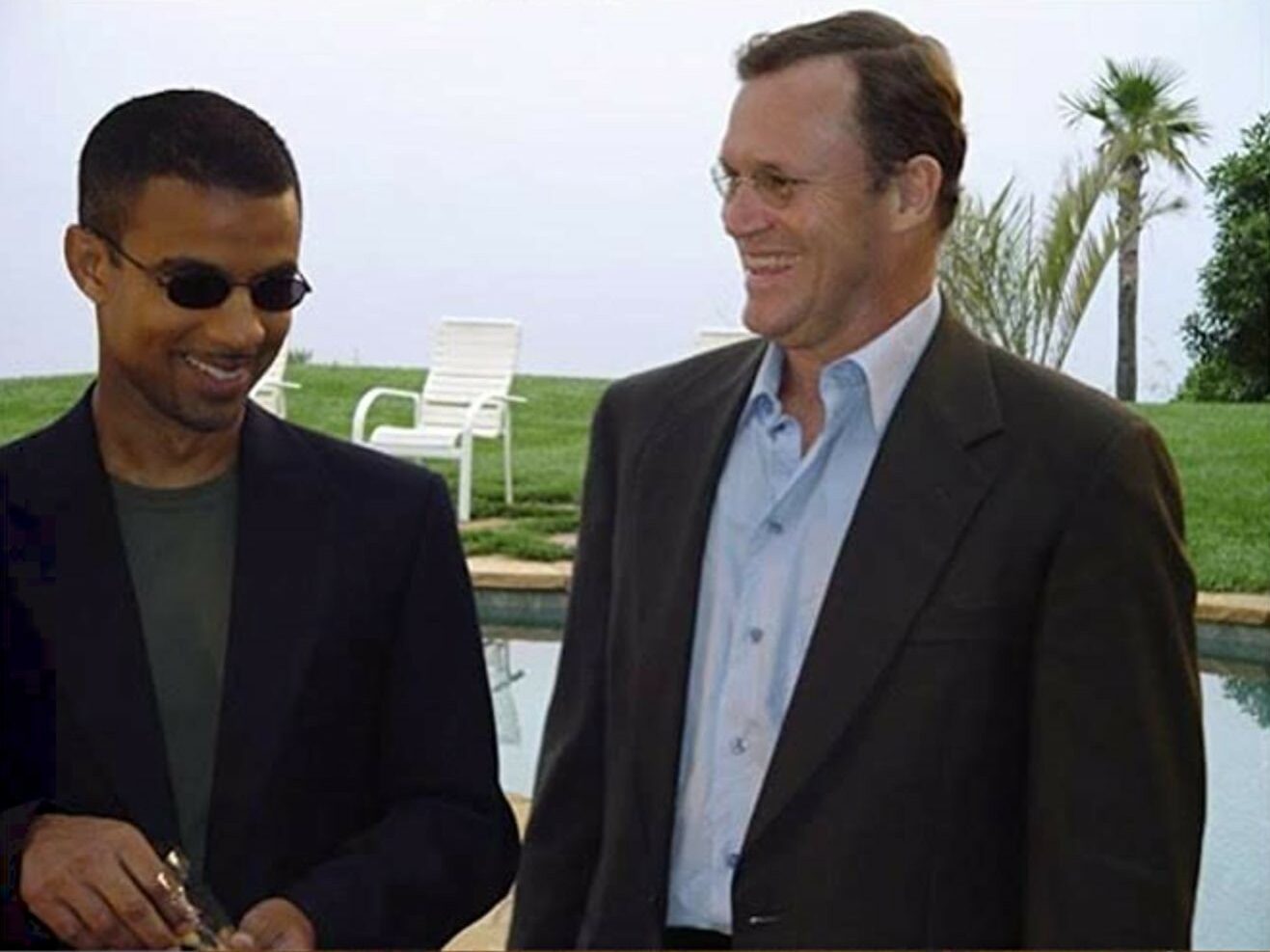 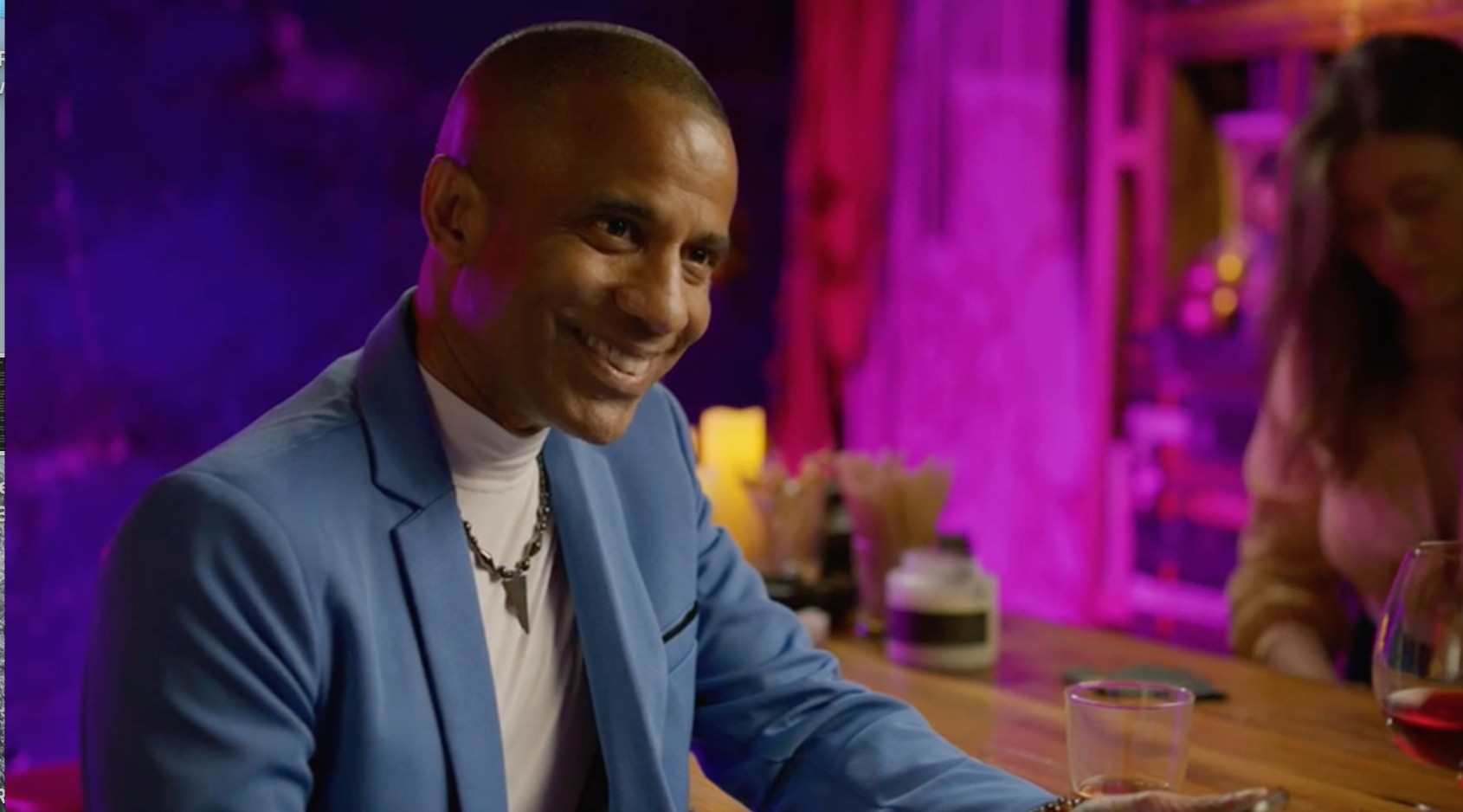 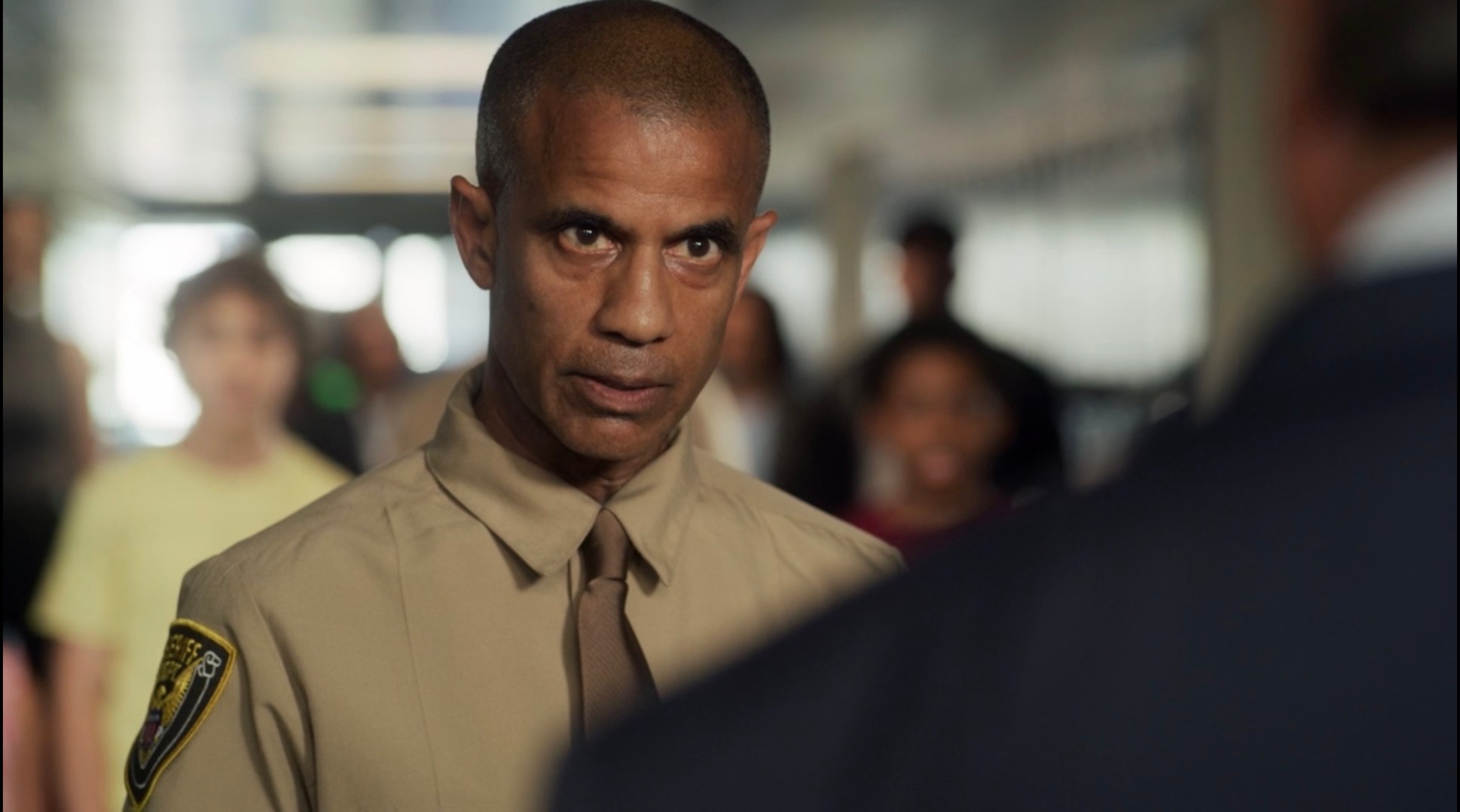 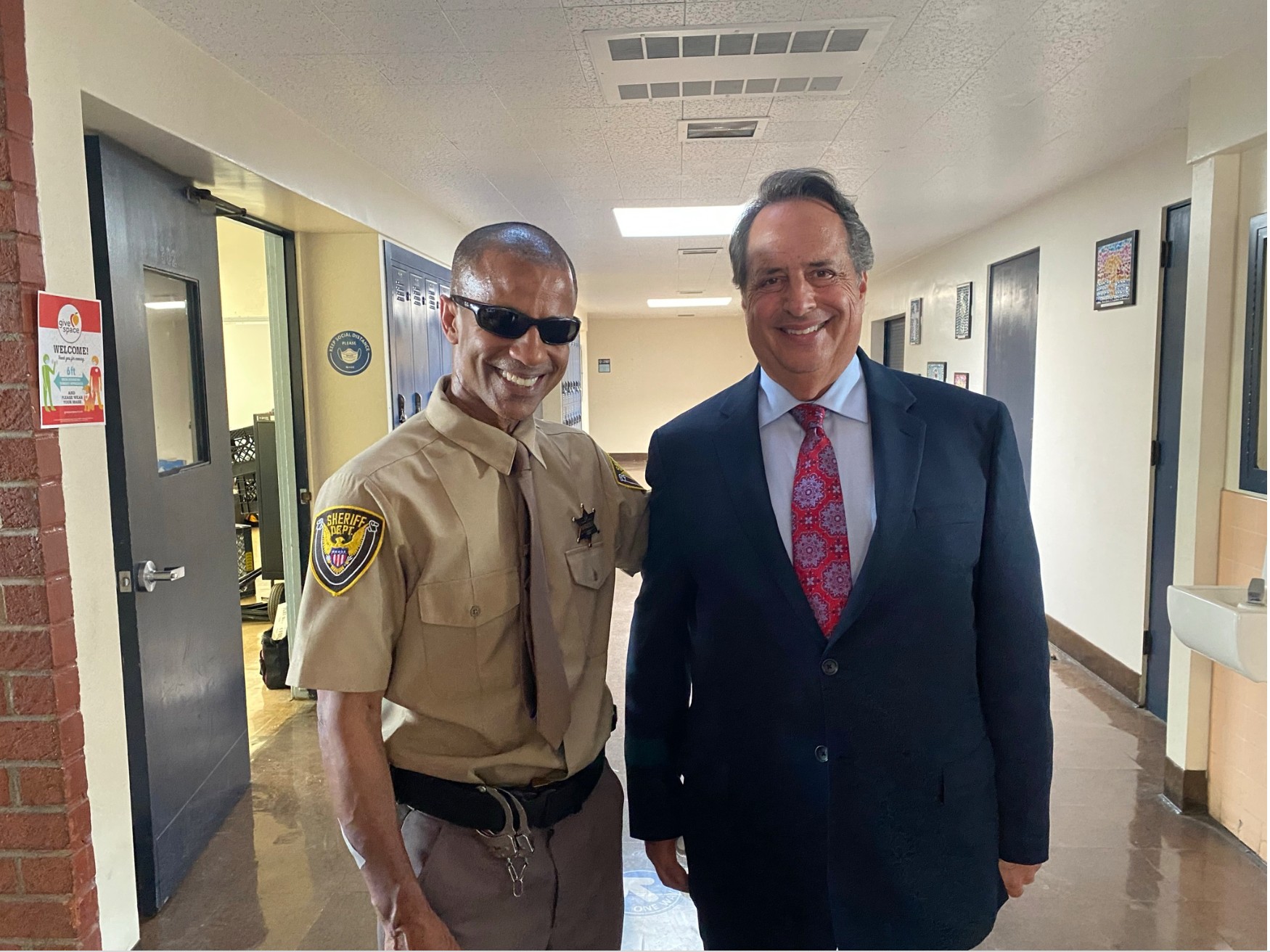 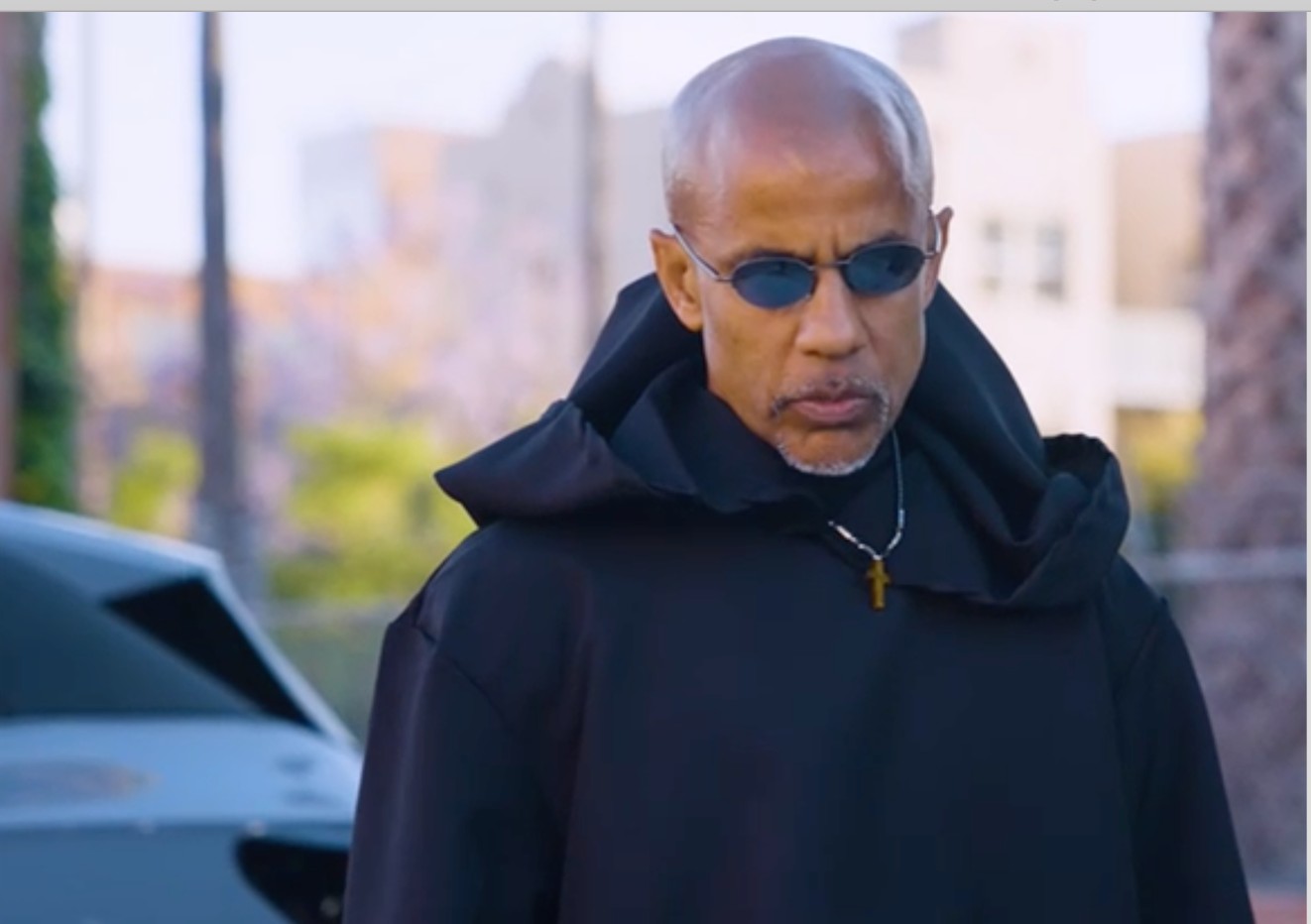 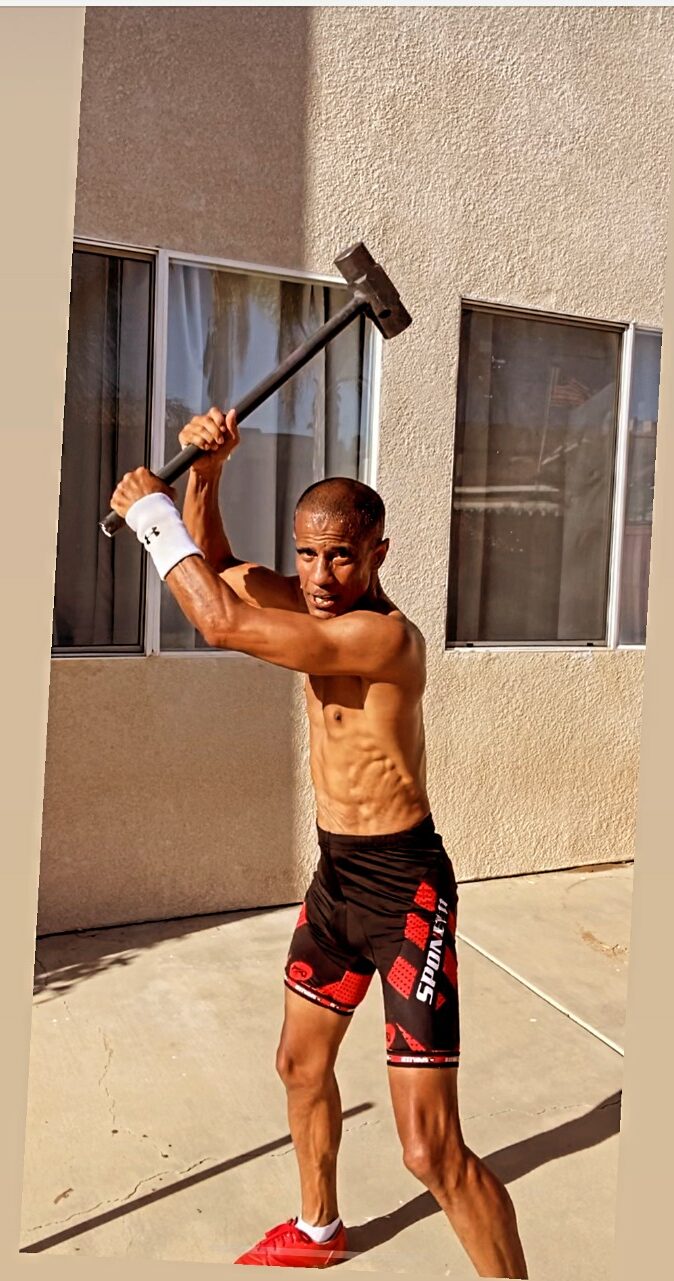 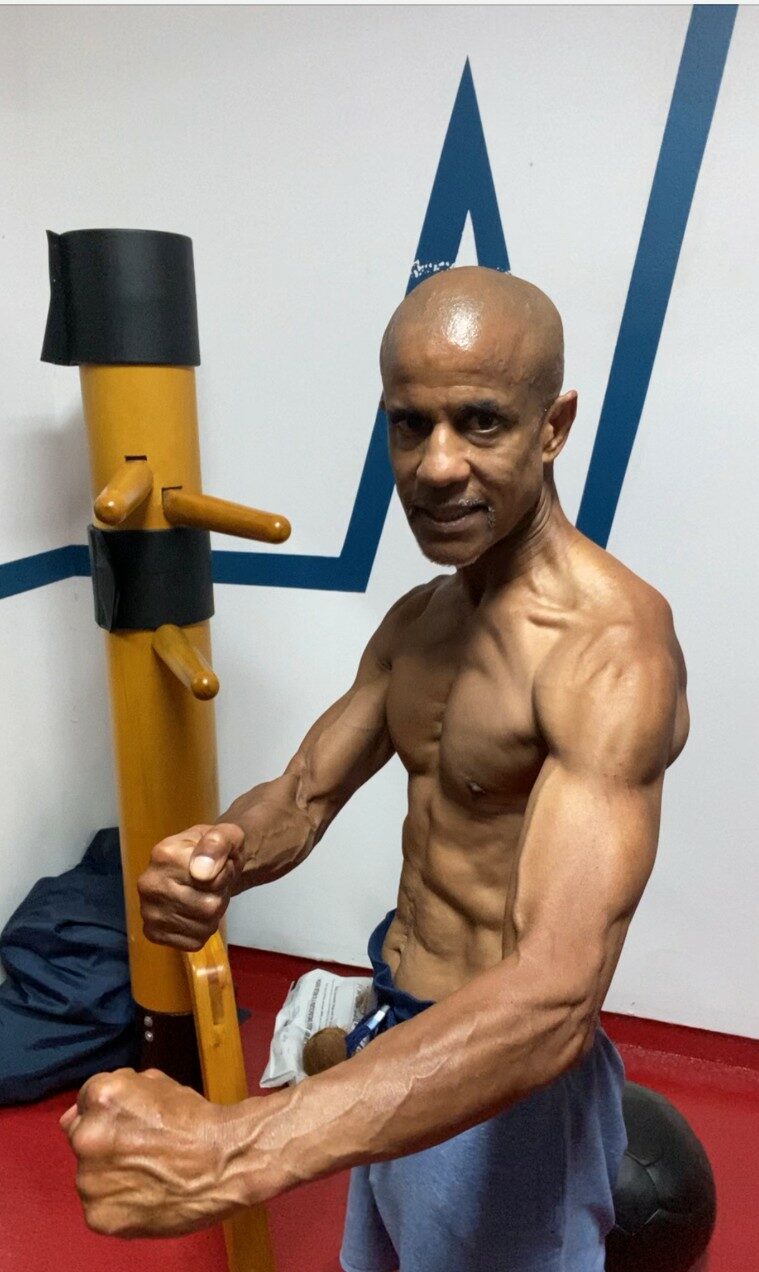