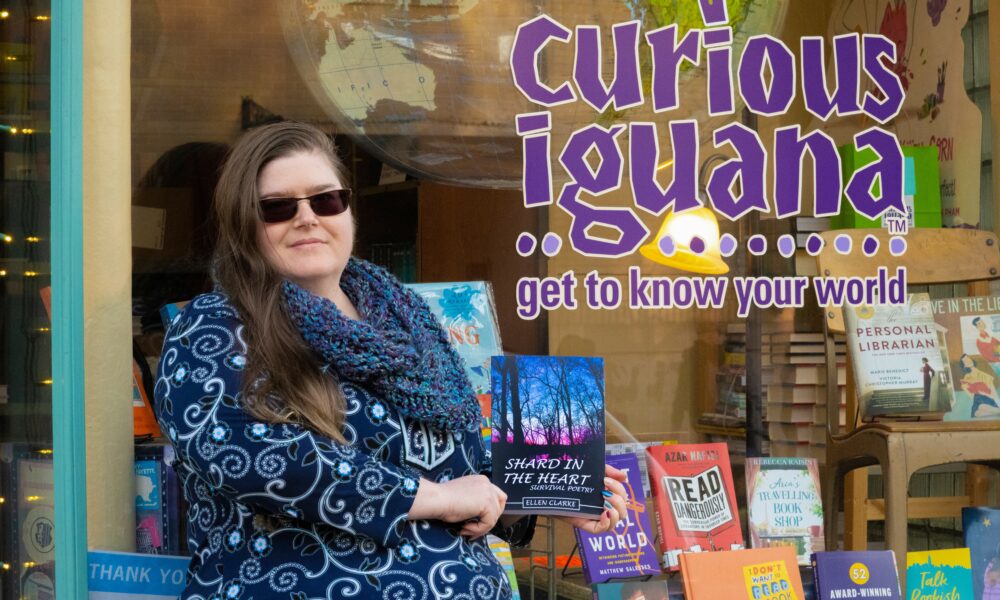 Today we’d like to introduce you to Ellen Clarke.

Hi Ellen, thanks for sharing your story with us. To start, maybe you can tell our readers some of your backstories.
After a weeklong adventure at a GI Joe convention in Loveland, Colorado, my husband, Gandalf Clarke, and I returned home with creativity and a hoard of action figures. Seeing the immense Rocky Mountains gave me a feeling that anything could be possible, and I felt free to be adventurous. I’d been suffering from debilitating migraines and had to take a break from screens: phones, TVs, computers, etc., so in my spare time, I created an action figure board game using Transformers and GI Joes. We arranged a game day fondly named “The Bacon Tournament” to play out a series of games culminating in a finale where I would play my action figure game.

Having never written or published the story behind the game, Gandalf and I decided this would be a good time to flesh out and work on those ideas. Everyone enjoyed the game so much that we decided to create a new game based on the key elements but using the characters and stories written by Gandalf. Our nephew, Seth, suggested we create a multicast story podcast, like Nightvale, to advertise and build excitement for the game. We began writing a script based on Gandalf’s original story, about psions training at an interdimensional academy learning to keep the peace for the United Alliance of Dimensions. The story also takes place in Frederick and Baltic City, Maryland, in the 1990s. Baltic City is a fictional city based on Baltimore, Maryland which is swarmed by demons early in the story.

Battalion-13: The Podcast is not just a story about fighting the supernatural; it’s not just a story about training at a magical academy; it’s not just a story about interdimensional travel. It’s a coming-of-age story about a young man named Darien who takes the time for love and friendship while discovering that even though he’s super strong, he has absolutely no powers in the one place where it matters the most–his dreams. At the inception of our podcast, our first episodes were 15 to 30 minutes, and we had a Sci-Fi talk show after each cast recording. We would stay up all night creating storylines, drinking hot cocoa, and laughing until our sides hurt.

Everything was going wonderfully until Chadrenne Blouin, who played Andrea Kaine (the main character’s mother), passed away in January 2018. Her death was hard on the cast because she was our coach and confidant. Gandalf’s birth mother, Harlene McGowan (Co-Founder Playtime Piano) on who Andrea’s character was based, had passed in the middle of August 2017, so the grief was still fresh in our hearts. We decided at this point to reboot the podcast rewriting the stories in a deeper perspective, getting rid of the talk show, and making the new episodes 45 to 80 minutes, so it was more like a TV show. We promoted some of the voice actors into writers, and by the third episode of the newly rebooted podcast, our new friend Zareiff provided equipment and guidance for better audio. We are all friends, and most of us have been friends for over 20 years. Our youngest owner, Dawnsk, started work with us at 15 and is now the head of the writing team, writing their own story, “The Orphan,” and leading a project with the working title, “Anthology of Hope.” It is a collaborative work of coming-of-age short stories that will inspire hope. Hope is what we need to heal the shards in our hearts.

In May 2018, I was laid off from my corporate banking job in Human Resources and began narrating audiobooks full-time. We have sold over 1000 books and audiobooks. The books I have narrated brought new projects and opportunities for our multicast productions. Before the pandemic, we had 70+ projects in the pipeline. We were well on our way to creating a profitable audiobook company.

In October 2019, my mother told me she was dying of lung cancer. For the next 5 months, we traveled back and forth between Maryland and Ohio while many projects got put on hold, and then the pandemic arrived. Gandalf and I, too, suffered a respiratory illness, unable to work and delegate our projects to our team, who were not set up to record remotely, at that time, causing the loss of all our contracts. One by one, all our actors got the virus and could not do voice recordings. By mid-2020, we decided to shift priorities and work solely on writing stories, returning to our roots. We adapted the podcast into a fictional piece, of which the working title is “The Immortal.” In the meantime, we published our first book, Shard in the Heart, a collaboration of survival poetry written by Ellen and Gandalf Clarke, edited by Dawnsk Morgans with a photo cover and edits by Jnyx.

The cover photo has a particular meaning as I took it while on a bicycle ride with Gandalf (spouse) and Galadriel Clarke (sister-in-law) on the C&O Canal. Bicycle riding with my friends and family is just one of the ways that I heal the shard in my heart. The shard-in-the-heart theme is also carried over from the podcast. The main character’s sister, Madelyn, has such a deep loss that the shards in her heart split and are felt by those around her.

“Shard in the Heart” can be found in the Baltimore County Libraries, The Curious Iguana in Frederick, on our website (www.b13books.com), as well as on Etsy and Amazon.

During the Pandemic, we began branching out into photography and videography. Some of the photos in this article are for an upcoming “Fall In Love with Frederick” project. This will be a coffee table volume combining pictures of our favorite Frederick locations with poetry. One of these locations (not pictured here), Dublin Roasters, created an artisanal coffee blend just for our company. You can order the delicious sea salt caramel chocolate with a low tannic acid blend right from their website by asking for the B-13 blend in the comments.

Other local gems we love are Pizza and Pretzel Creations. Darien, the main character, works there to earn money while still in high school (The Immortal). May’s Seafood is another favorite. When Darien’s sister, Madelyn, is home sick, her father Eugene (played by Mike Gardner) brings her a cup of cream of crab soup from May’s carryout.

Currently, we are working on recording the series finale, Episode 12, and beginning to flesh out the scenarios and layout for the action figure board game. The board game will be based on the battle scenes in the books and podcast. While the board game is still far from complete, it’s a passion project that drives us. Our upcoming projects include: Fall in Love with Frederick, a coffee table book, Anthology of Hope, a collection of short works to inspire people, and Ellen’s Edibles, a cookie cookbook using cannabis-infused butter.

Appreciate you sharing that. What else should we know about what you do?
We are a team of multicast narrators and we’re friends first. Our audiobooks will be multicast, just like our podcast. 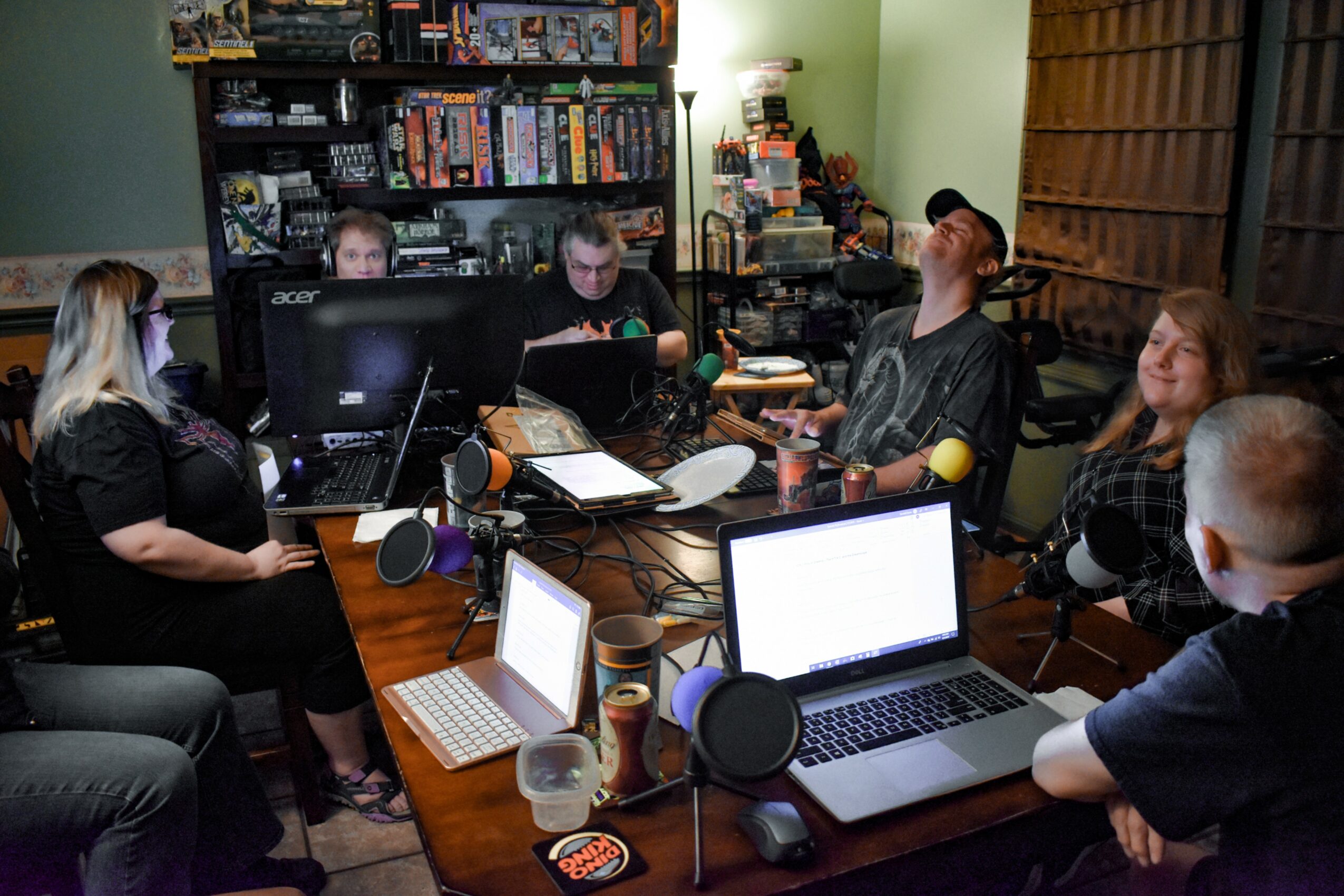 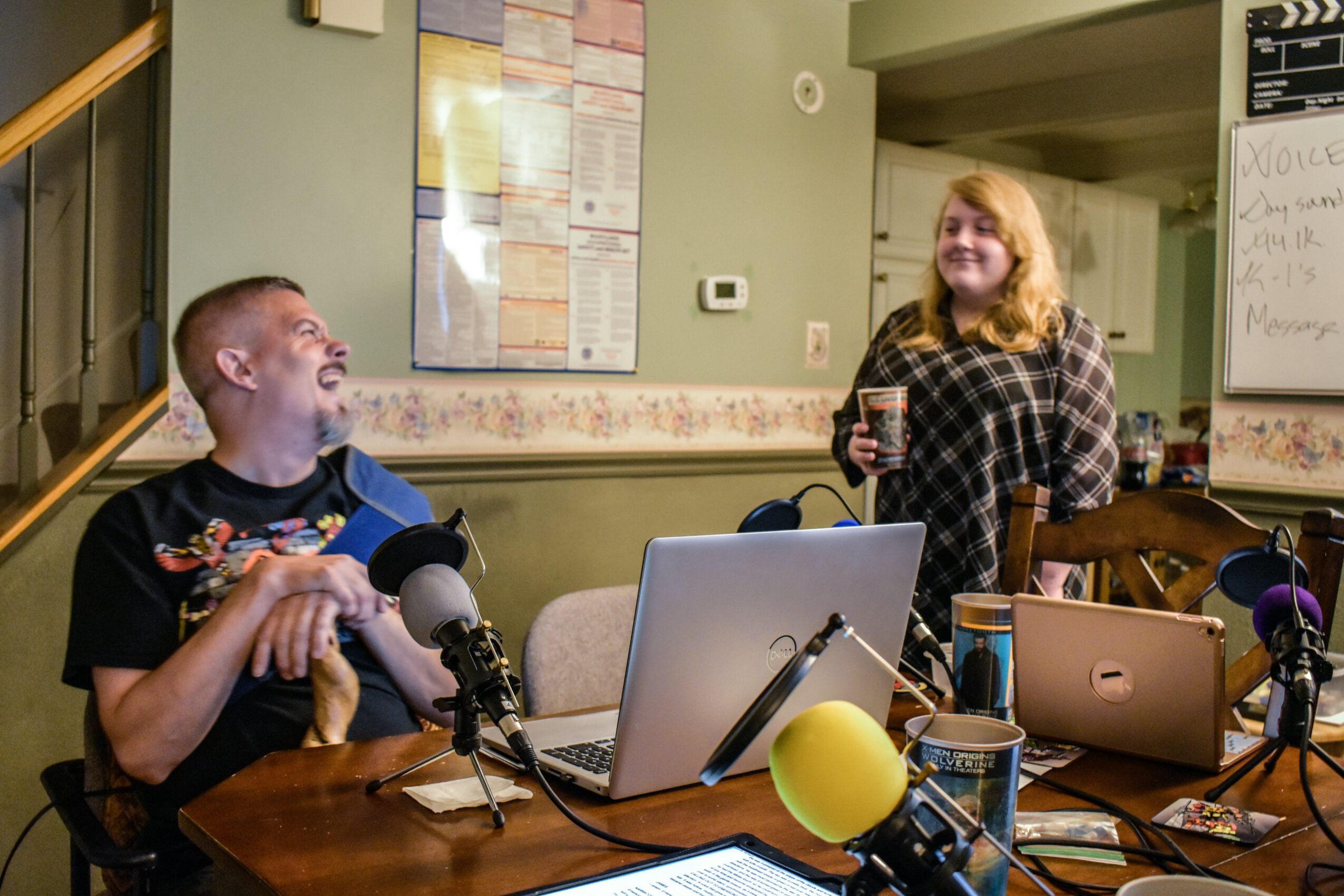 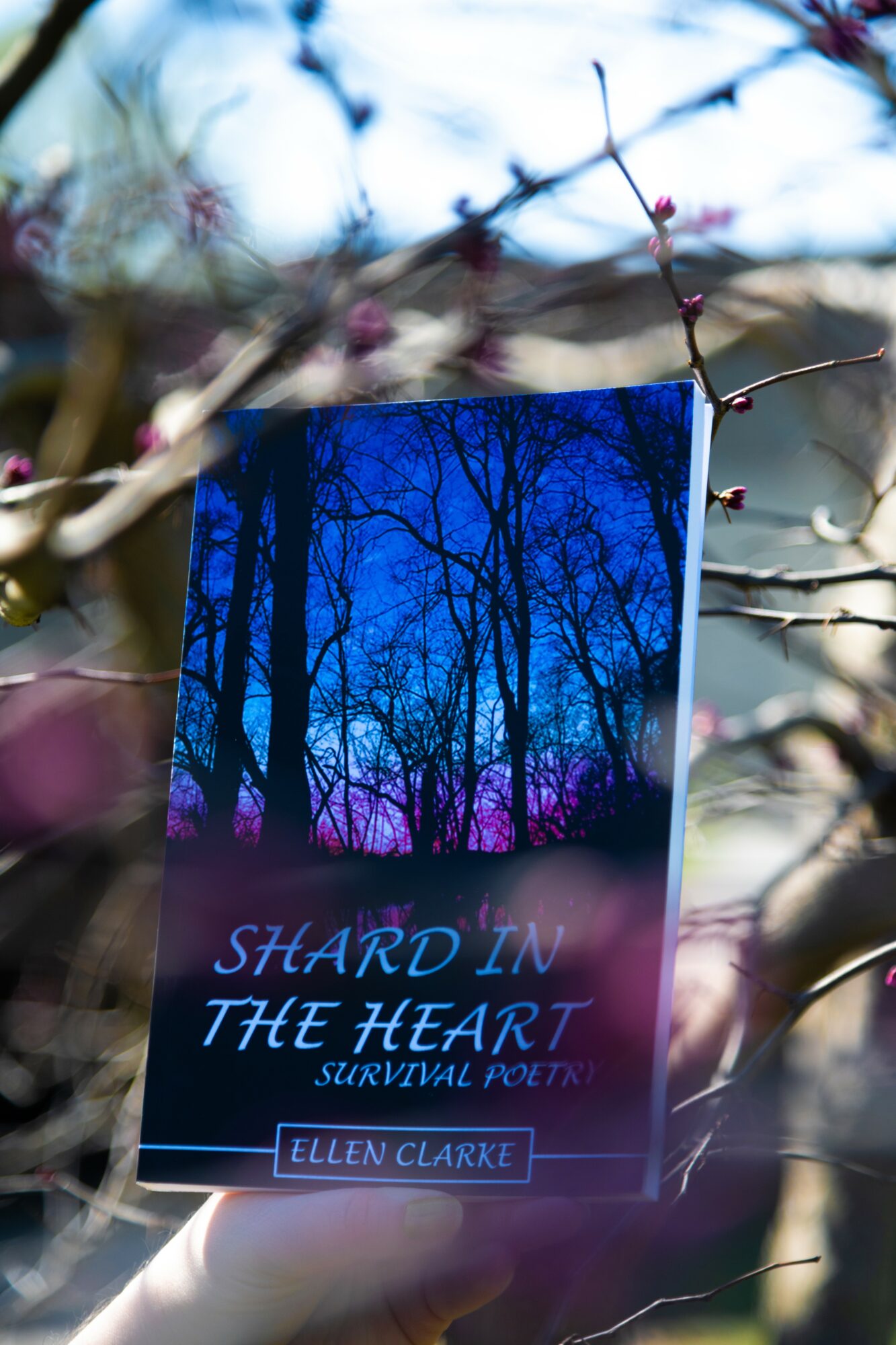 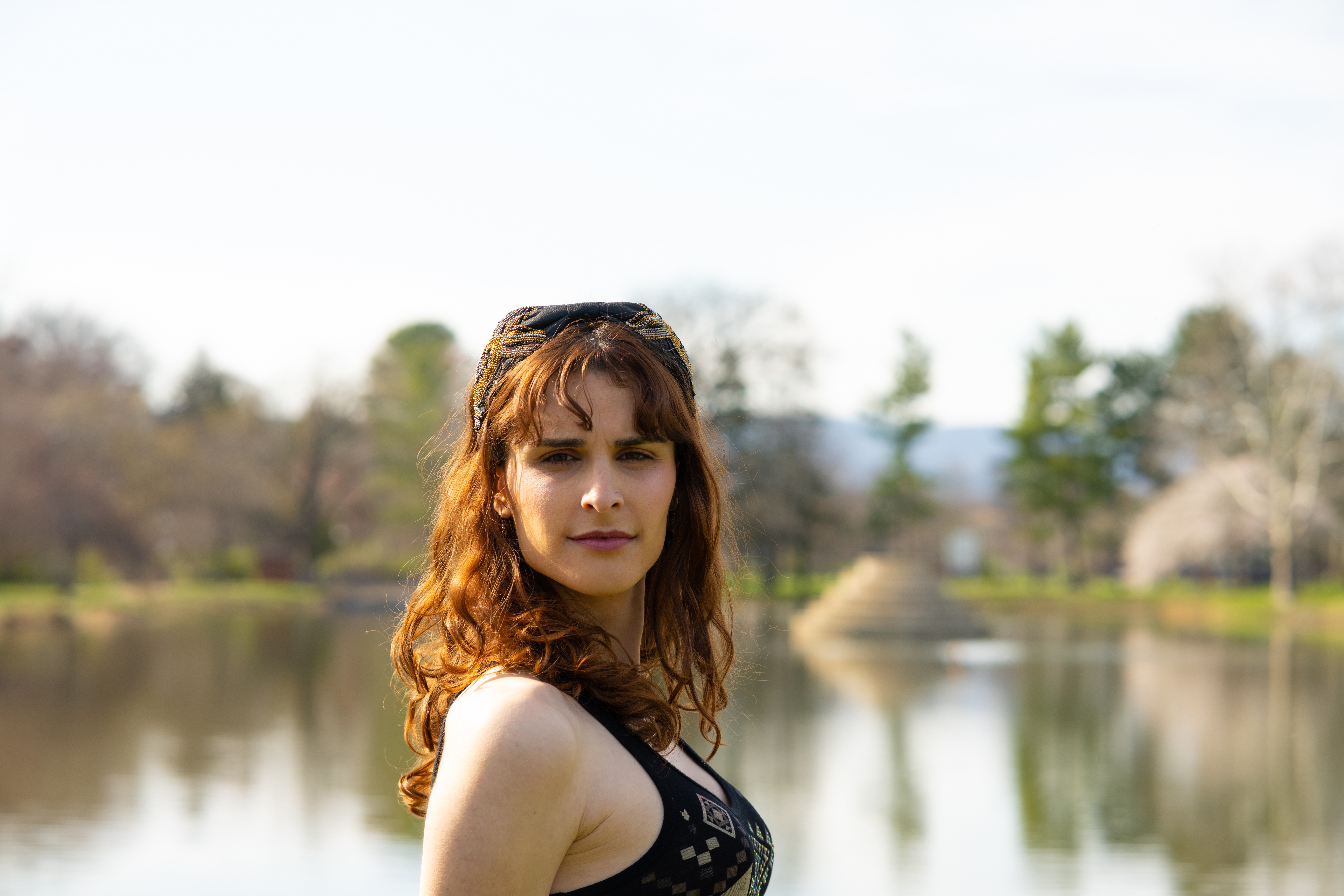 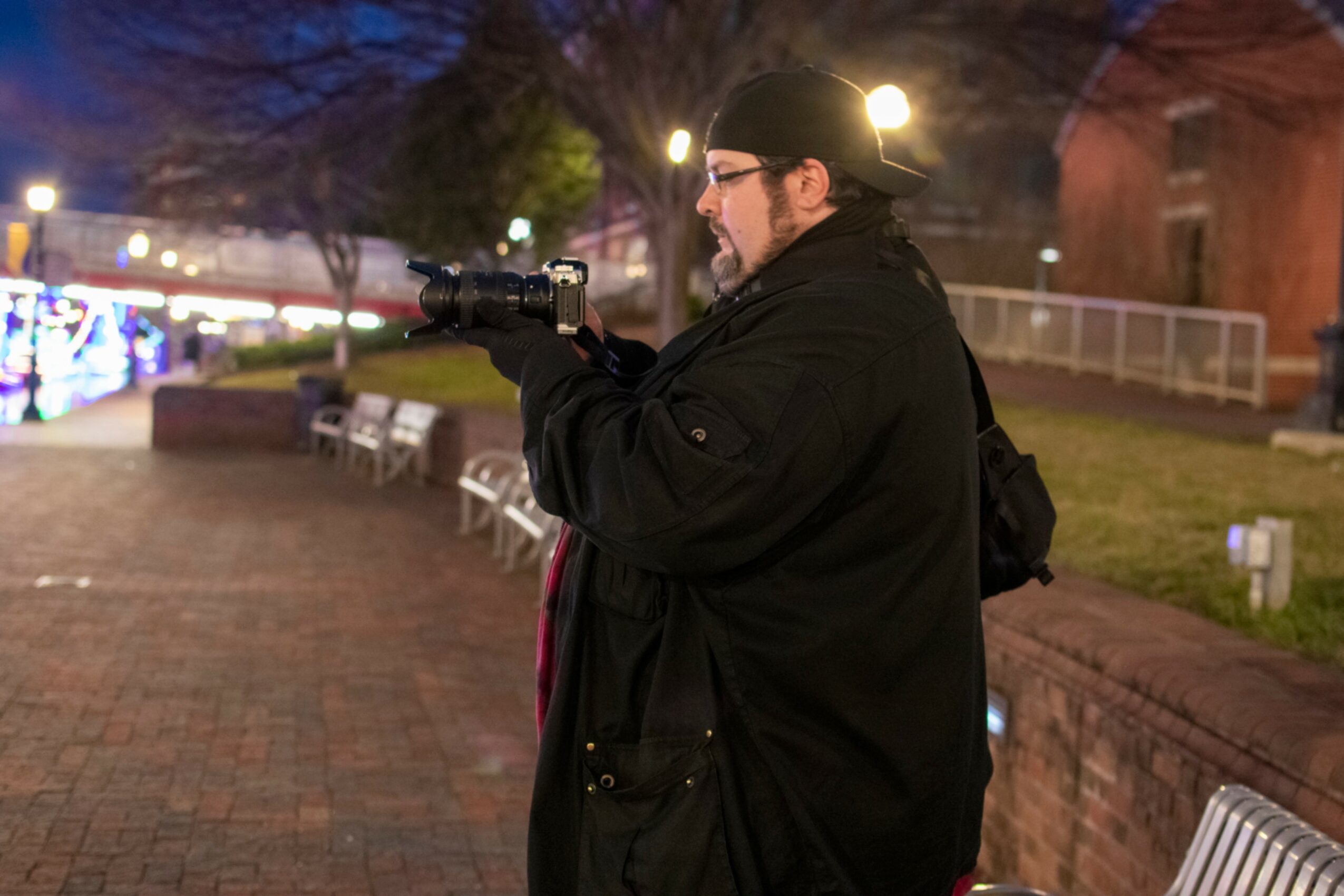 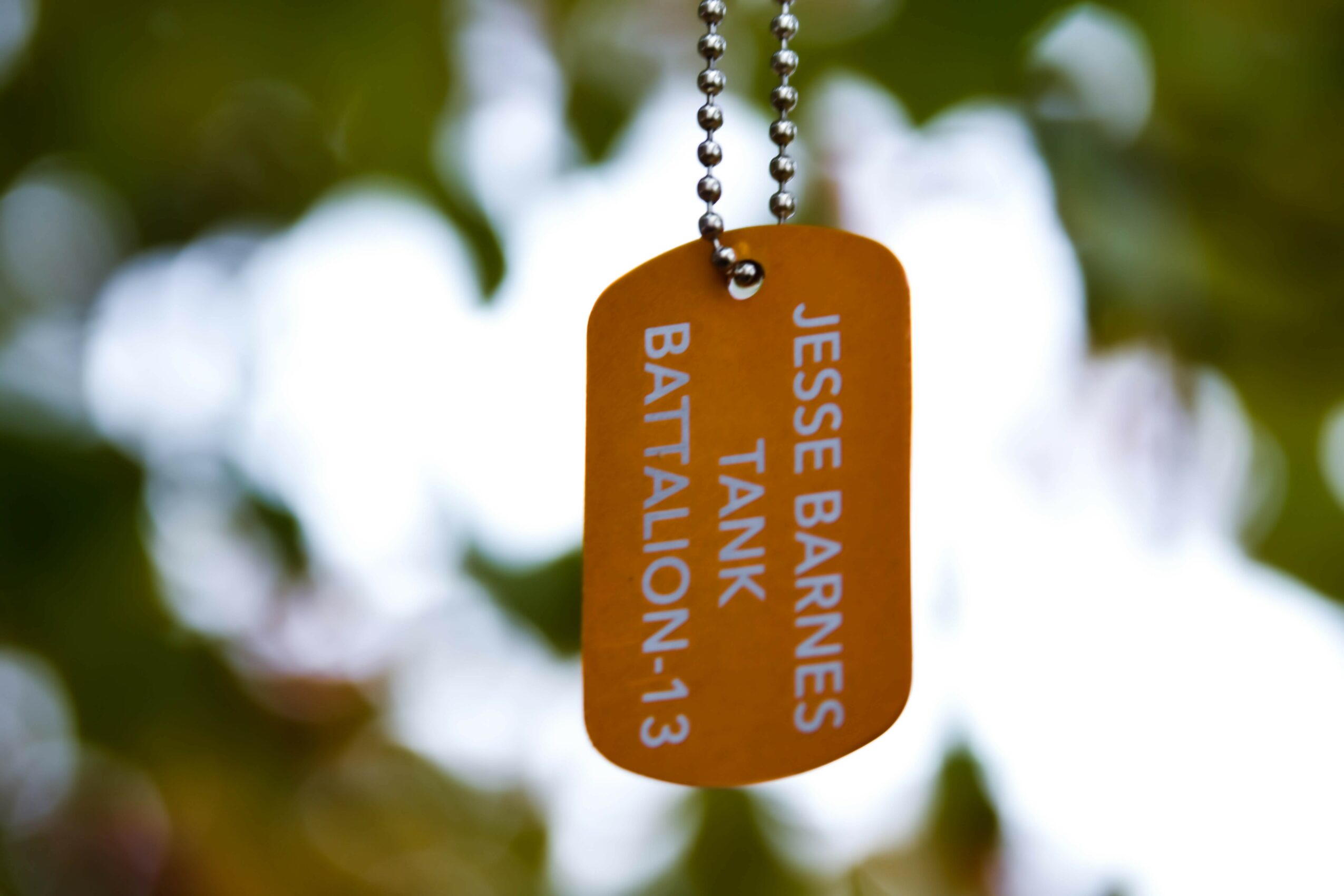 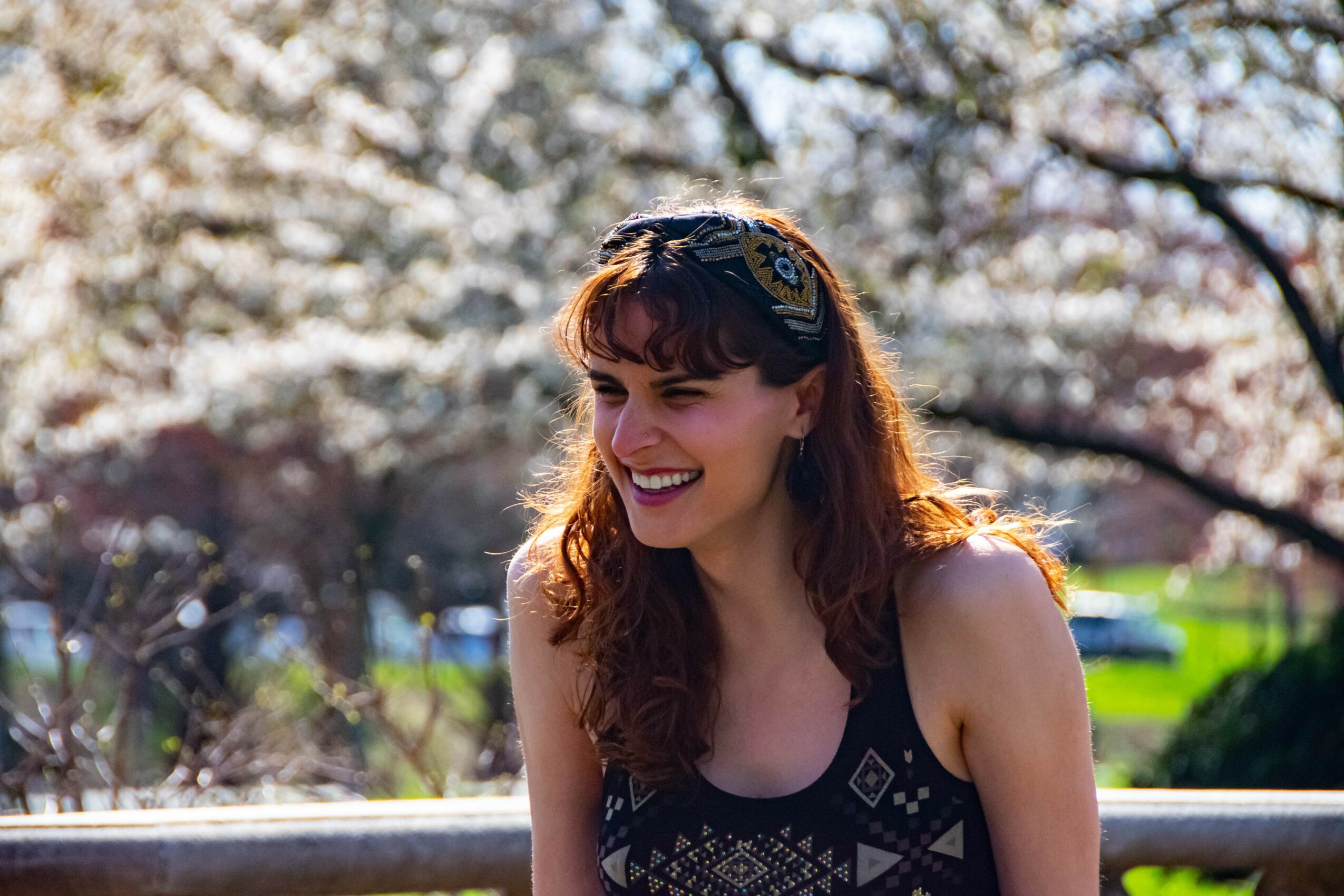