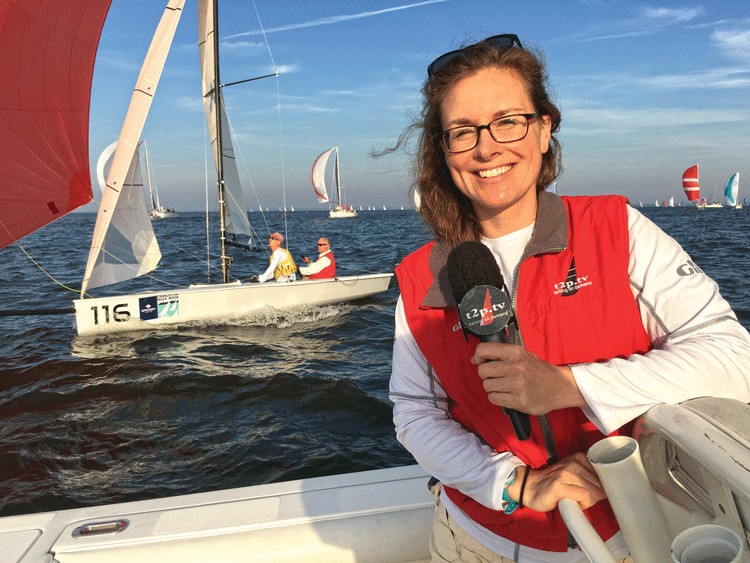 Today we’d like to introduce you to Ashley Love.

Hi Ashley, thanks for sharing your story with us. To start, maybe you can tell our readers some of your backstories.
“I started sailing in the womb” is a typical answer I give when someone asks how long I’ve been addicted to the water. Ocean, river, bay, doesn’t matter, I can’t get enough of it. Growing up on the Barnegat Bay in NJ, sandy feet, a slight sunburn, and the occasional sand crab stuck in your bathing suit was the norm and naturally lead to following in my dad’s footsteps to use the wind to propel sailboats. For fun, at first, but as I realized how much I loved seeing competitors behind me on the racecourse, I dedicated myself to the sport. With a college-and-beyond sidestep into Ultimate Frisbee and a gold medal in the Beach Ultimate Worlds competing for team USA, competition has always been a part my life in many forms. I came back to sailing, though, after college with an English and Theater major under my belt. “I majored in storytelling”, is the next typical answer I give when asked where my educational background lies. I was used to reading, writing, directing, and performing in front of a live audience, so when it came to actually be a part of the “real world”, it was clear I had to find a way to combine my many passions. After living in Australia and traveling all over the world, my sights got set on Annapolis, MD, and T2PTV, a video production company that was filming the sport of sailing and telling stories surrounding the Chesapeake Bay. They weren’t even looking to hire anyone, but there I was. I just kept showing up and picking up cameras and pointing them in different directions. I learned on the fly in a high-paced environment where there was no chance for a “redo”. It was run-and-gun training in the thick of things and I was hooked instantly. Hanging off the back of a Swan 42 in a 50-knot thunderstorm off the coast of Newport, RI quickly extended to hanging out of helicopters flying under the Golden Gate bridge, chasing a distance race from Hong Kong into China from a zodiac, filming aboard some of the biggest, most classic, newest and/or fastest boats in the world with the best sailors in the world. Over the next 14 years, I would go from intern who was getting scores printed out and the lunches for the production team to a camerawoman, video editor, and voice-over artist to documentarian, producer, interviewer to commentator, graphics animator, and writer. The added bonus to working in the sailing industry is that I get to compete as myself a lot. I’ve been putting together numerous women’s teams to compete in fleet, match, and team racing at the local and national level to elevate women’s games and have represented the USA in several other world-level events. I private coach, as well, because I think sailors are the most well-rounded athletes there are. You have to be smart, in solid physical shape with an admirable, self-policing attitude, and committed. The racecourse is never the same, nor is the boat you’re on, the weather, your teammates nor your competitors and it’s a sport where you can compete alongside the best in the world whenever you want. You NEVER stop learning, so you can compete at a high level your entire life. Sailing and being Editor in Chief of T2PTV has brought me all over the world to meet incredibly inspirational people doing what they love with the people they love. I’ve sailed to and documented adventures to Cuba three times, interviewed sailors with no arms nor legs that steer a boat with their breath, hoisted trophies overhead with my teams, and watched rookies get their “aHA” moments that hook them on the sport forever. I count myself lucky to be amongst them all.

Can you talk to us a bit about the challenges and lessons you’ve learned along the way? Looking back would you say it’s been easy or smooth in retrospect?
The only thing that seemed like an obstacle to others, but not to me, was that my job didn’t exist until I forged it. There was no money to pay me, so I worked for free for almost a year before T2PTV could afford to pay me a stipend and eventually a salary when regattas we were filming hired us a bigger team. We specialize in same-day event coverage of regattas all over the world. In one day, we produce, film, and edit a full 10-minute show with animated graphics, interviews, drop-in stories, on-the-water action with commentary, off-board cameras, GoPros, and drone all set to music. Up by 9 pm and streaming on a screen at the party for the sailors to enjoy. It is a challenge and rush of adrenaline every time we do it and when it’s in a foreign country where we don’t all speak the same language as our boat driver, client, and/or the sailors, it certainly makes it interesting! In Mexico, when we were filming the Pan American Games, my local film boat driver and I powwowed on shore with my broken Spanish and came up with about 7 different kinds of shots and associated hand signals with each one, so I could just use my hands on the water and he’d do the rest. It worked really well! I think being a sailor helped with that. Sailors always have to take in all of the variables and come up with a plan A and plan B…. and plan C. We don’t see anything as an obstacle, just a challenge to be accepted! At one point in my 14 years, a co-worker decided to move to the west coast with his family. At first, I was petrified that everything would change and it did all change, but on the other side of it, I had to step up and drive the film boat and commentate and take on many new roles behind the scenes doing sales and contracts with my perseverant business partner, owner and founder of T2PTV, Bruce Nairn. Bruce is family to me and I wouldn’t have anything I have in my life without him (he’s pictured with me on the Boatyard Bar & Grill film boat holding a camera with the beige hat on). With good teammates in life, you can take on anything and we have! When the sport of sailing alone wasn’t enough to sustain our company, we branched out into corporate world, working for clients like Land Rover, SAP, real estate companies filming $15 million+ estates, other water-based tourism companies like Jeanneau, Watermark, and the Woodwinds and one of our biggest clients: The United States Naval Academy. When the wind shifts, a sailor adjusts the sails and maybe even tacks. All while looking ahead for the next shift. Always anticipating, always ahead of the curve…

Thanks – so what else should our readers know about your work and what you’re currently focused on?
We can accomplish more than most videographer/editors, because each one of us is a producer, videographer, and an editor, so we produce like a videographer and film like an editor in a very candid world. We can accomplish immense amounts of work in a fraction of the time. The world is a stage and we bring the audience along with us to tell a story about anything the sun touches, while still being true to our roots in the sport of sailing, because in the search for truth, one must find a big. blue sky, big, open water, and on that line that separates the two, add a sailboat. It’s the only sport that mirror life by constantly presenting routines, challenges, detours, risks, and obstacles while rewarding resilience, honesty, patience, and imagination.

Besides our work being mostly on our YouTube channel, our work has been featured on television and film festivals. Whether it’s same-day event coverage, documentary work, or promotions, we can up with a plan to fit anyone’s budget and work alongside our clients to make sure their message is heard to the largest audience possible in the timeliest manner. Who says you can’t have quantity and quality quickly?

What would you say have been one of the most important lessons you’ve learned?
Teamwork is everything. Sailing is one of the few sports where the equipment you’re manipulating to achieve a goal is larger than you and the only sport where more than one person at a time is a part of that human-powered machine. If you do it right, you cross an imaginary line in the water first and receive a pat on the back for your efforts. There’s no cheering crowd in the stands, there’s rarely prize money. There’s just a desire to constantly learn and achieve more and more. If you do it wrong, it’s a dangerous proposition. You have to be able to trust your best friends or the complete stranger you just met to have your back or the result could be an injury or worse, especially when sailing offshore. There are places in the ocean where the nearest human outside of your boat is in the space station flying overhead in orbit. But isn’t that the exciting part? Sailing teaches us responsibility, respect for nature, and endurance. My co-worker, Bruce Nairn, and I take all of those lessons from being sailors ourselves to the creative side of our work. It takes both of us operating several cameras at the same time, the film boat, the researched notes mixed with the live, candid action on the water, then both of us editing side by side, most times, to deliver the product we promise. We know each other’s strengths, weaknesses, which buttons to push and which ones not to, how to recognize where the slack in the line is, and eagerly and willingly pick it up to support each other. If the whole team doesn’t get across the finish line, then no one individual does. 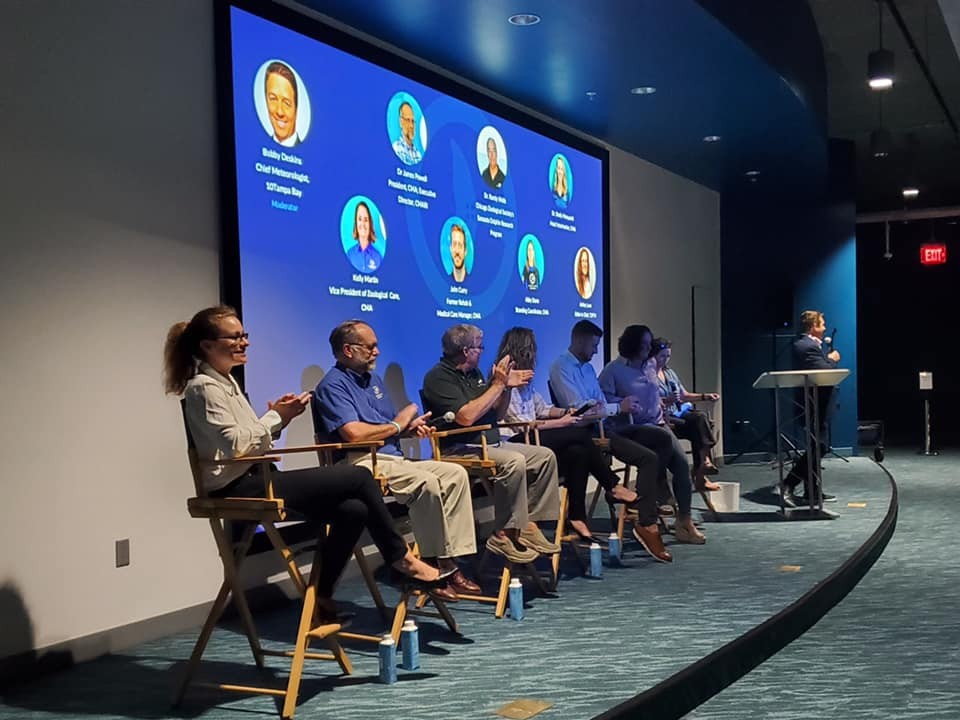 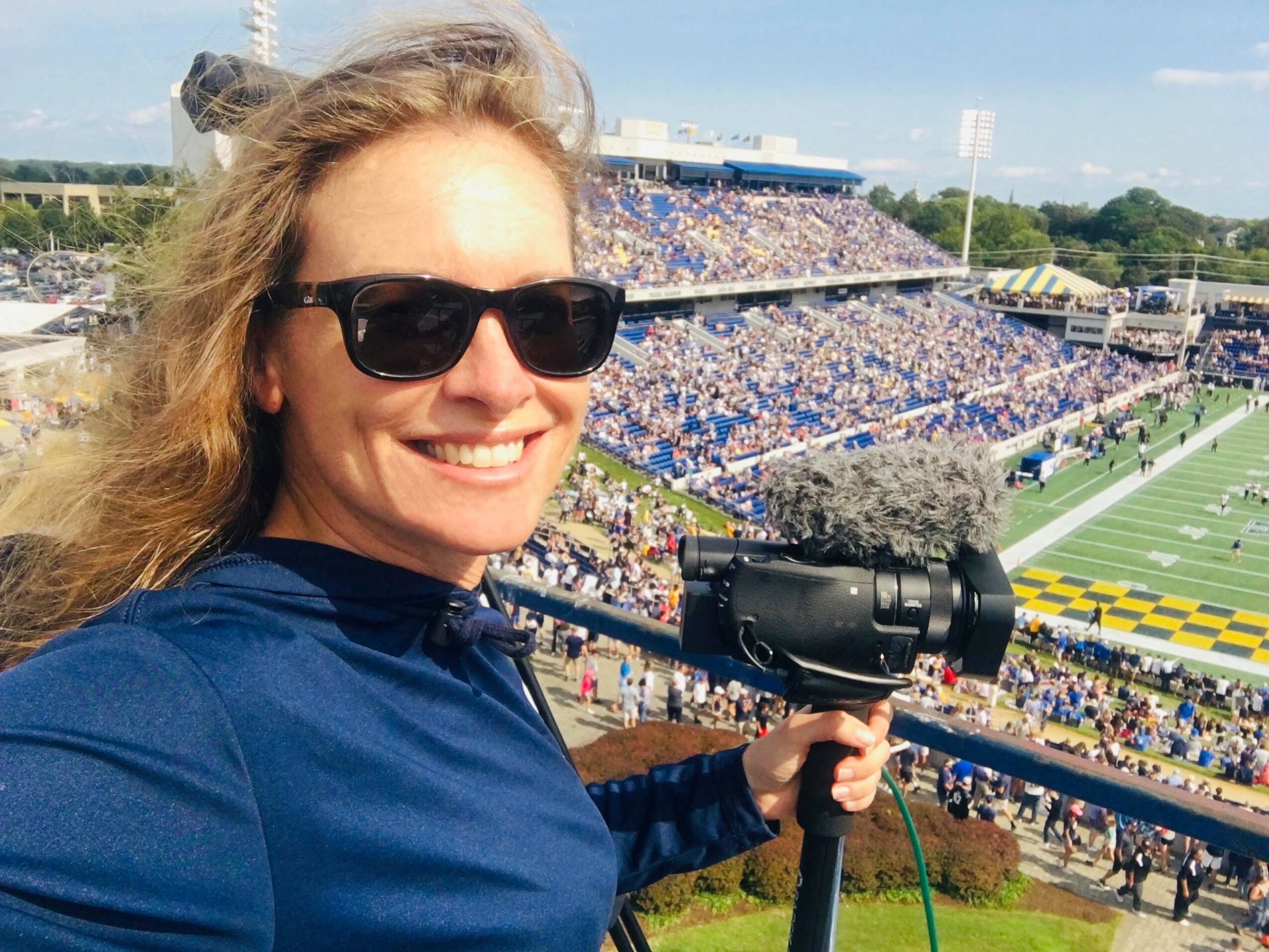 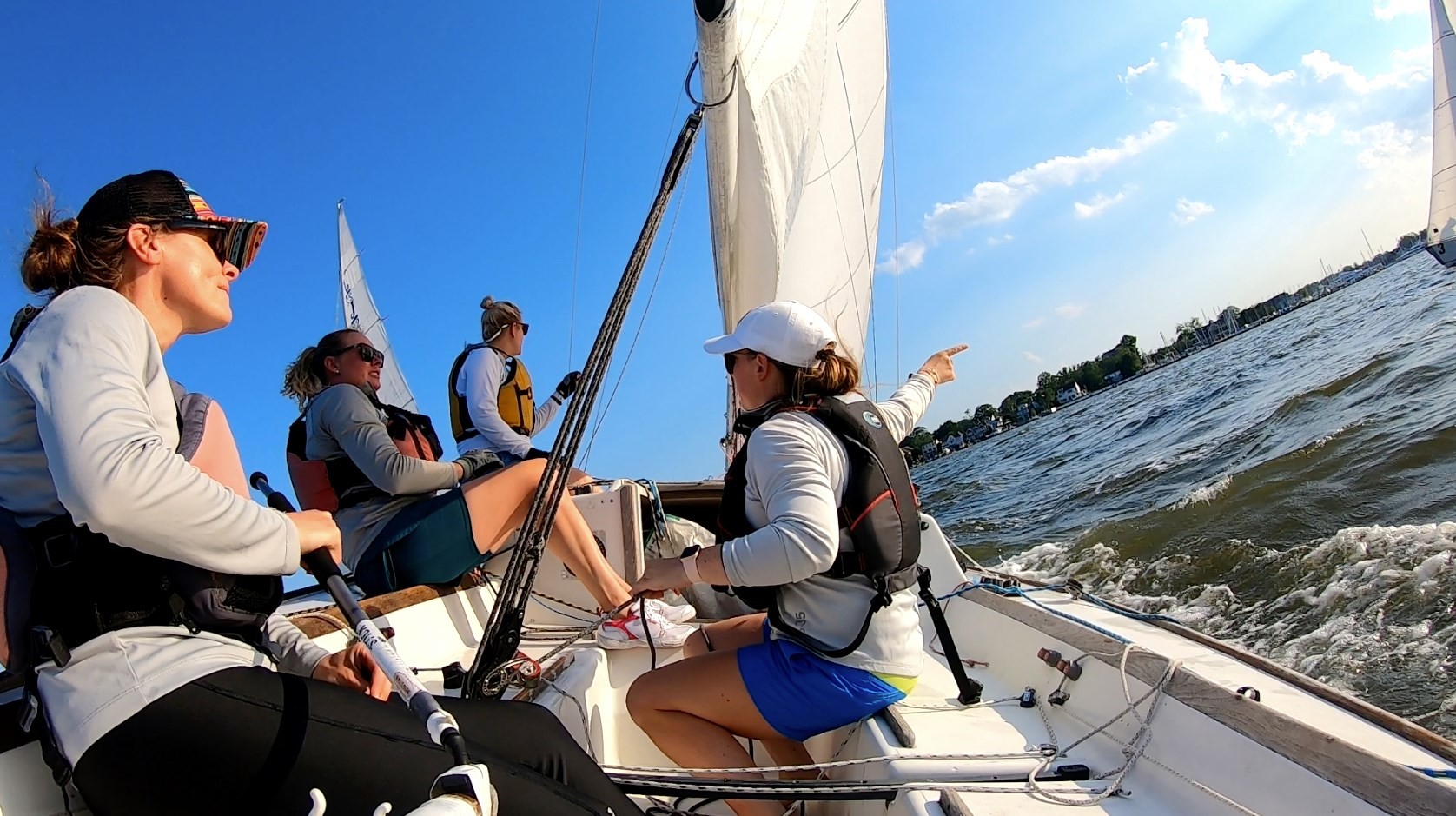 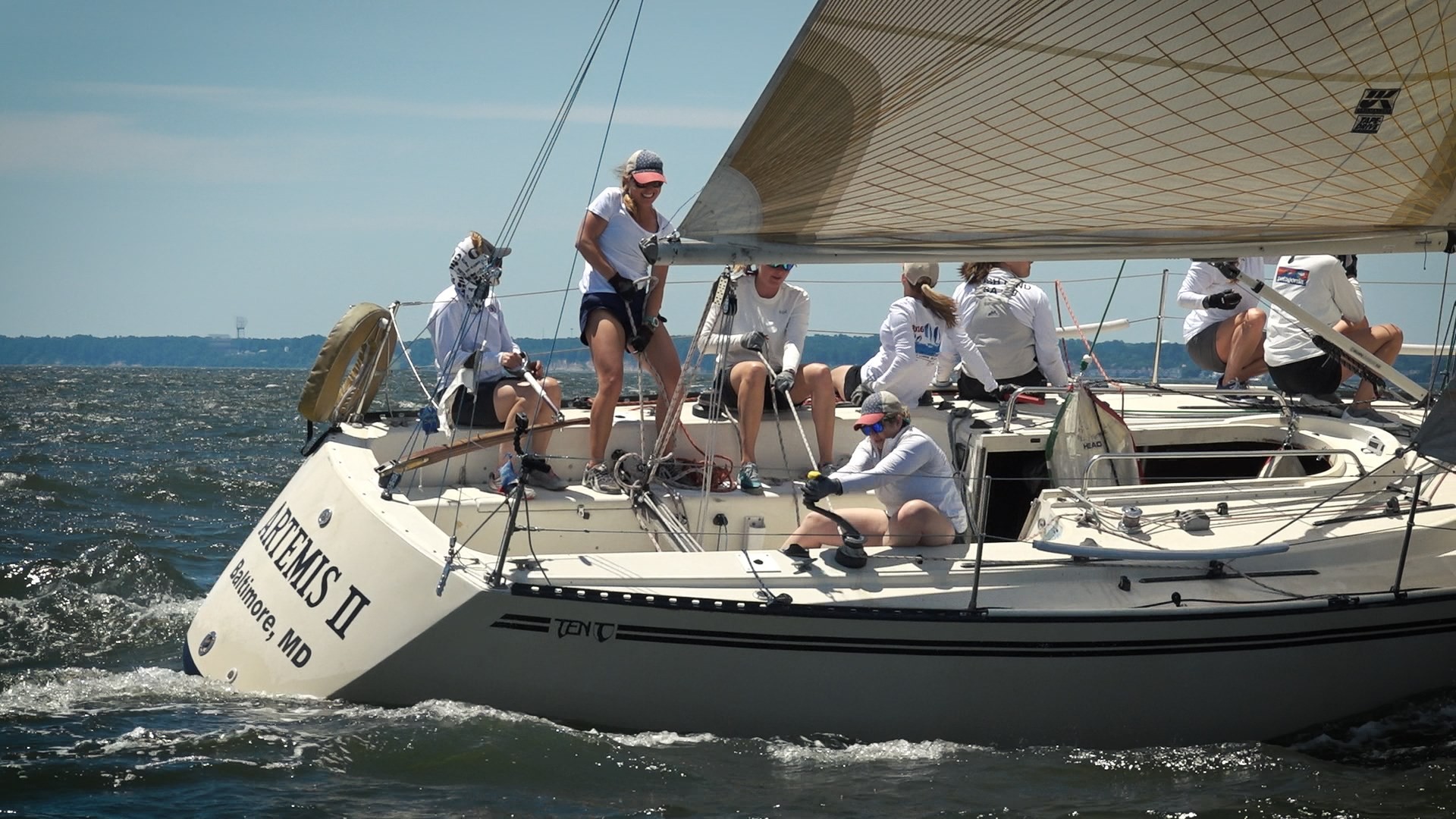 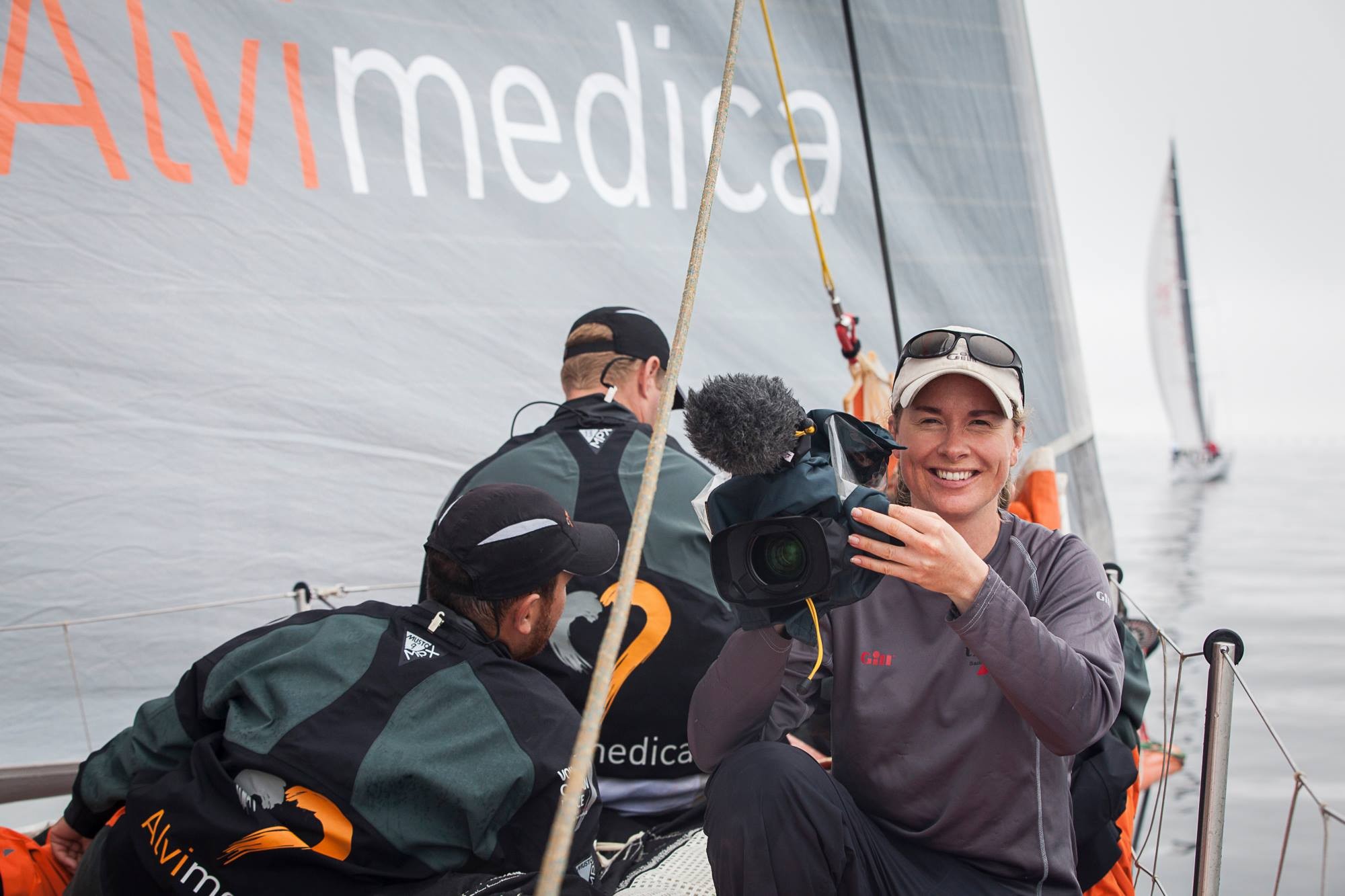 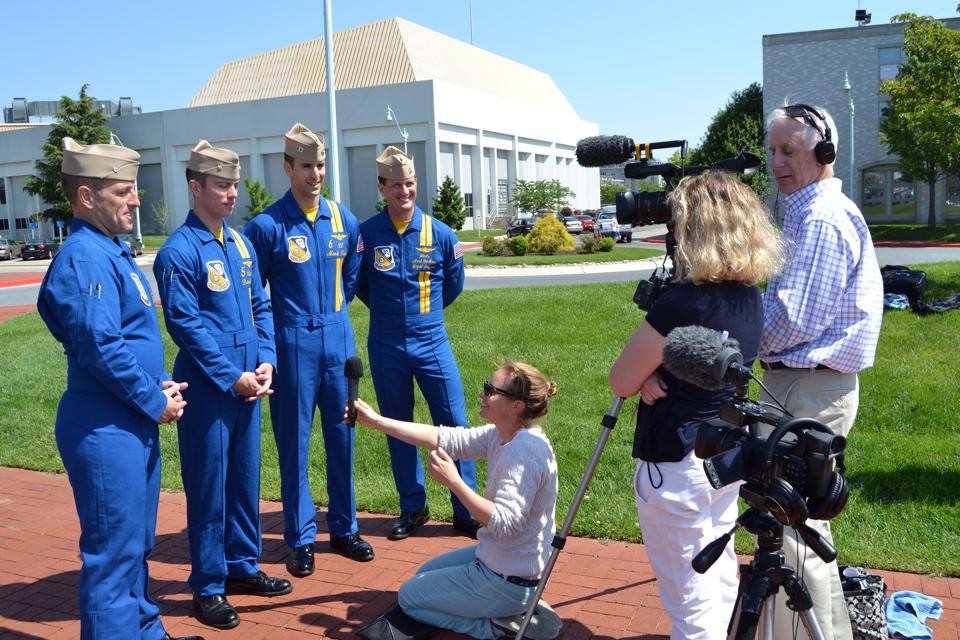 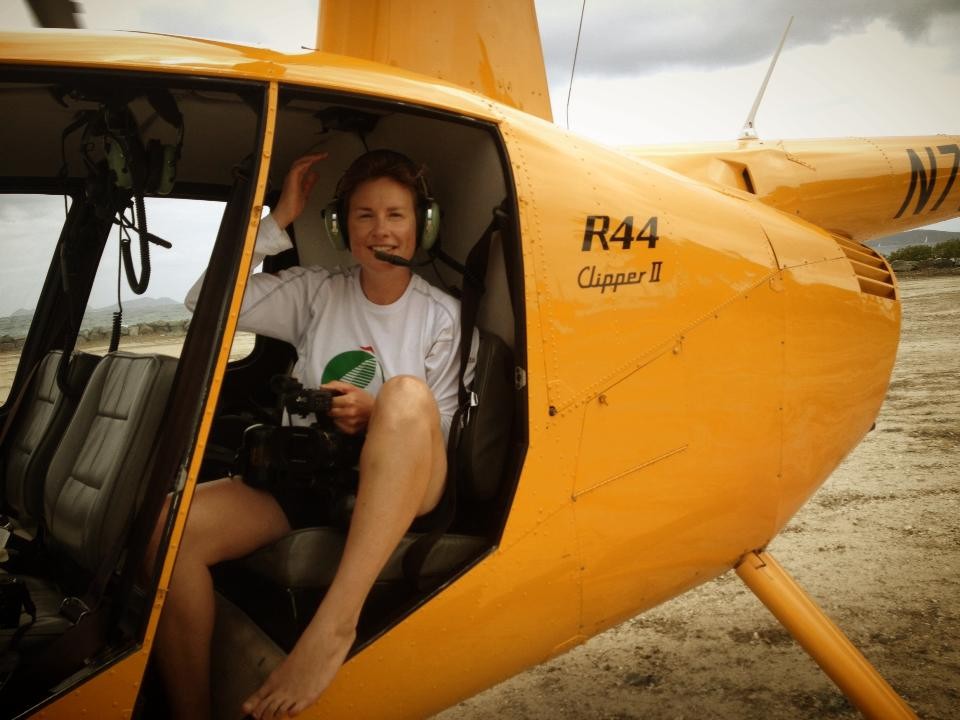 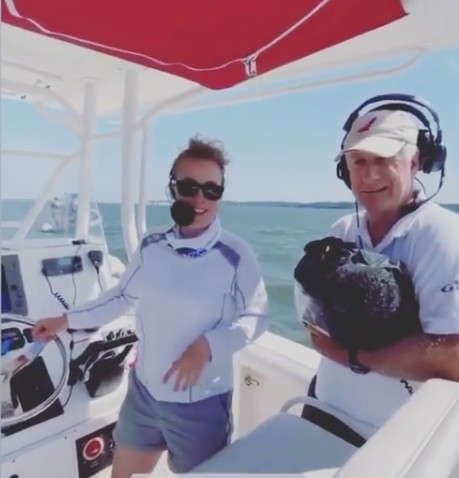