Meet Morgan Fray of Morgs vs the World 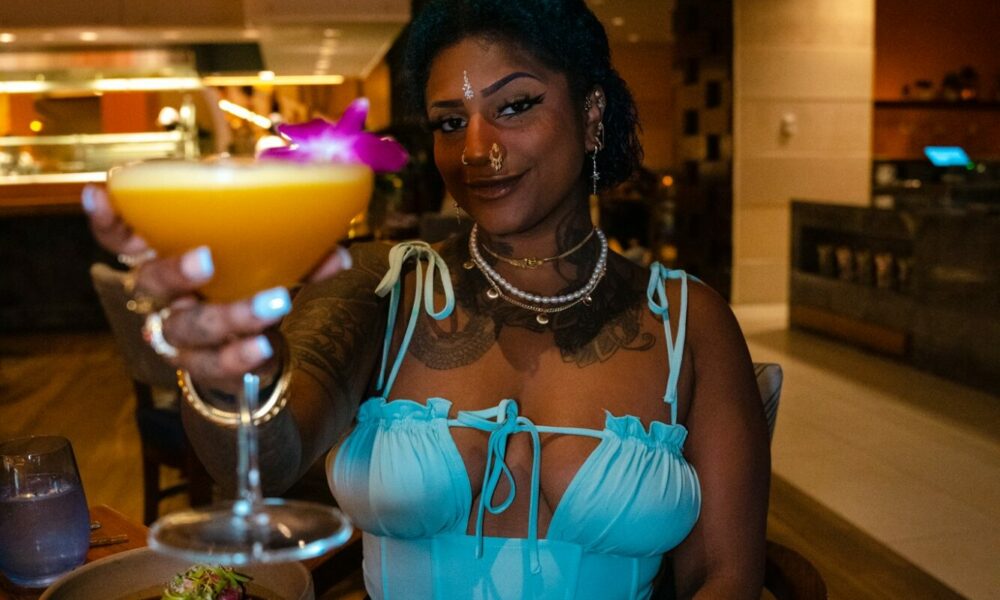 Today we’d like to introduce you to Morgan Fray.

Hi Morgan, we’d love for you to start by introducing yourself.
Back in 2019, I had a goal to become a travel influencer, so I began taking short trips every three months with my ex-boyfriend. It took me a long time to grow on Instagram but I had reached 3k followers and thought that was the craziest milestone!

Then in November of 2020, my Instagram account was banned – still have no idea why – and I wasn’t able to recover the account. When I started from scratch, I had low hopes & was frustrated with my old followers not supporting me on my new account. I basically gave up on the influencing career but I loved traveling so I still did that along with documenting my journeys.

My families owned franchised restaurants in Maryland since 2016 so in the beginning of 2021, the restaurant partnered with a local arcade company to do a special promotion. This promotion involved me going to the arcade with my coworkers & filming their time at the establishment. I took the same footage, posted it on Tik Tok & labeled it as a ‘date idea’. That video IMMEDIATELY blew up and hit 600k views! There were so many comments asking for me to share other spots so the following week I took my boyfriend & friends to another arcade & that one hit 800k views!

After that, I realized I had a vast amount of ideas and ‘date night’ spots that no one had heard of so I turned it into a Tik Tok segment and almost two years later, I’ve created a following of over 346k on Tik Tok.

Can you talk to us a bit about the challenges and lessons you’ve learned along the way. Looking back would you say it’s been easy or smooth in retrospect?
It has not been a smooth road for me at all! I’ve faced many challenges such as negative commenters, copycats, rude service or unprofessional brands.

The first three months that I was content creating on Tik Tok, I was extremely depressed & only went on social media to post then ignore it. There were so many ignorant & vulgar people typing negative comments as they hid behind anonymous profile pictures. I actually had some locals say they’d fight me if they ever saw me because they didn’t like my honest reviews about an establishment they enjoyed themselves. My boyfriend helped me a lot during this time to remember that the world can be cruel but it’s what I make out of it. Since then, I learned that the ‘block’ button can be my best friend & to just delete comments I don’t want to see.

Other couples or locals copying what I did – specifcially HONEST reviews didn’t actually bother me at first. I’m a firm believer that there’s enough food for everyone to eat. However, it was almost comical when I came across accounts that made their page look EXACTLY like mine, mimicked my voice & words in their videos, & used the hashtags I created (because I’m the originator of #dmvdateideas #dmvdatenight #mddateideas #dcdateideas + more). Obviously, other people are going to present date ideas & food reviews. I just asked that people stayed true to who they were & not copy what I did because they felt that was the ‘blueprint’ to become successful. Now that I’m 2 years into this niche – I honestly just started booking more travel collaborations & have expanded my work in that area.

I didn’t begin accepting or handling brand deals and collaborations until I was about 9 months into my content creation career. It took me forever to realize I should be getting paid for my work but once I did – it was great! Getting thousands of dollars to have a fun date & film it was literally a luxury lifestyle to me. But as I blew up, so did others. The difference was – I stopped working for free & they ONLY worked for free. This caused a domino effect for brands & corporations to feel like they don’t need to pay me for the work I put into content creation. Which I actually understand. I mean why pay me $4500 to post (1) video when you can pay $0 & get 6 other influencers to post a video. However, the way some brands responded to me when I asked for payment was absolutely asinine. I swear they looked at me like I had 8 heads!

The way I see it is Tik Tok is a form of advertisement. If you can’t coax Instagram or Facebook to post an ad in return for free food – then why should I accept that? I can honestly say I’ve had to (politely) curse out a few companies for the disrespectful emails they’ve sent me.

As you know, we’re big fans of Morgs vs the World, LLC. For our readers who might not be as familiar what can you tell them about the brand?
This specific LLC was formed to assist my content creation career. It helps me manage my taxes to a more fair advantage, it allows me to come across as more professional to brands, & it makes payment reconciliation an easier process.

I use this LLC for my social media platforms so I’d say I specialize in unique ideas, things to do, and recommendations. The only thing that truly separates me from others – and it’s the reason I was able to gain the highest following in the DMV area for my niche – is my overly honest opinions. I’ve spent & wasted so much money from going to bad restaurants or establishments. The difference is I have the money to waste – others don’t. So I made sure to build my platform around honesty & integrity for others to know what’s worth spending their hard-earned money on.

The thing I’m most proud of with my personal brand is the opportunities I’ve been able to receive. I’ve gotten all-inclusive press trips with the Barbados Tourism Board, I’ve worked with Samsonite – and (still) get free luggage from my favorite company, and I’ve worked with major hotel companies like Hyatt & Marriott so my hotel stays are free while I vacation. I’ve also gotten to meet amazing, motivational people along the way. Now I’m able to mentor other influencers on how to work with brands in an efficient way & I assist brands on how to work with influencers in the future! They’re able to book sessions with me through Calendly.

I’m also a part of Fray Development, Inc. – which is my family’s company. We own Dat Jerk Caribbean Chargrill – a fast-casual ethnic restaurant that services Caribbean food at a fast pace. We created this restaurant in 2016 & are opening our 3rd location in Lansdowne, MD later on in November 2022! I used to work in the stores full-time but was able to take on new adventures once my Tik Tok career blew up.

Is there a quality that you most attribute to your success?
The most important thing that has made me successful is my drive & dedication. My mother taught me at a very young age that I can literally do ANYTHING I put my mind to. And since then, any goals I’ve ever had in life – I’ve achieved.

The next characteristic is patience. Because you can be the most self-motivated & driven woman in the world, but that doesn’t matter because things happen on their own time. If you’re constantly looking at the clock & wondering why it’s taking so long to hit the goals you’ve been working towards – then it’ll never come. You have to trust in yourself & in the universe that things come when it’s right for you & only when you can handle it. 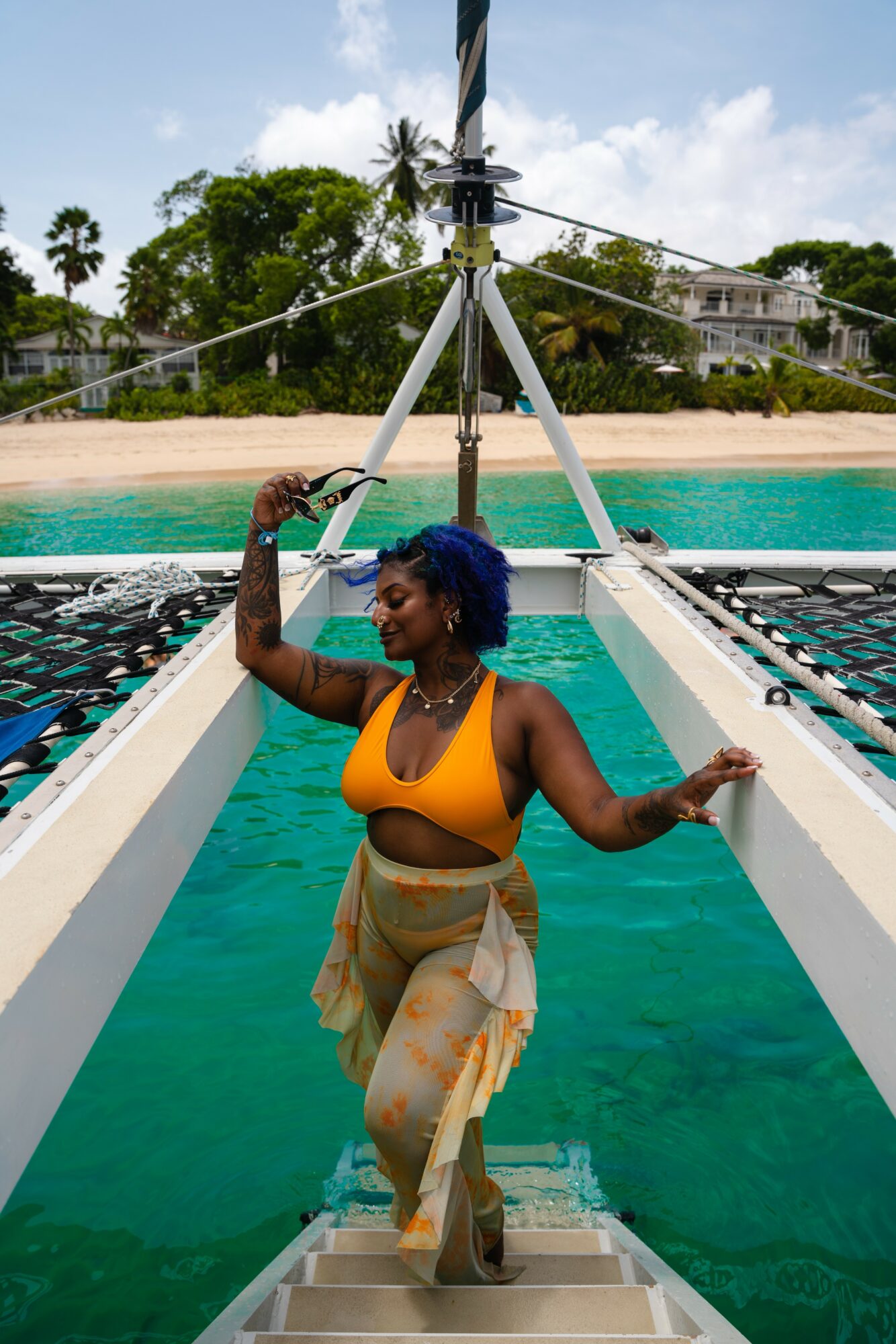 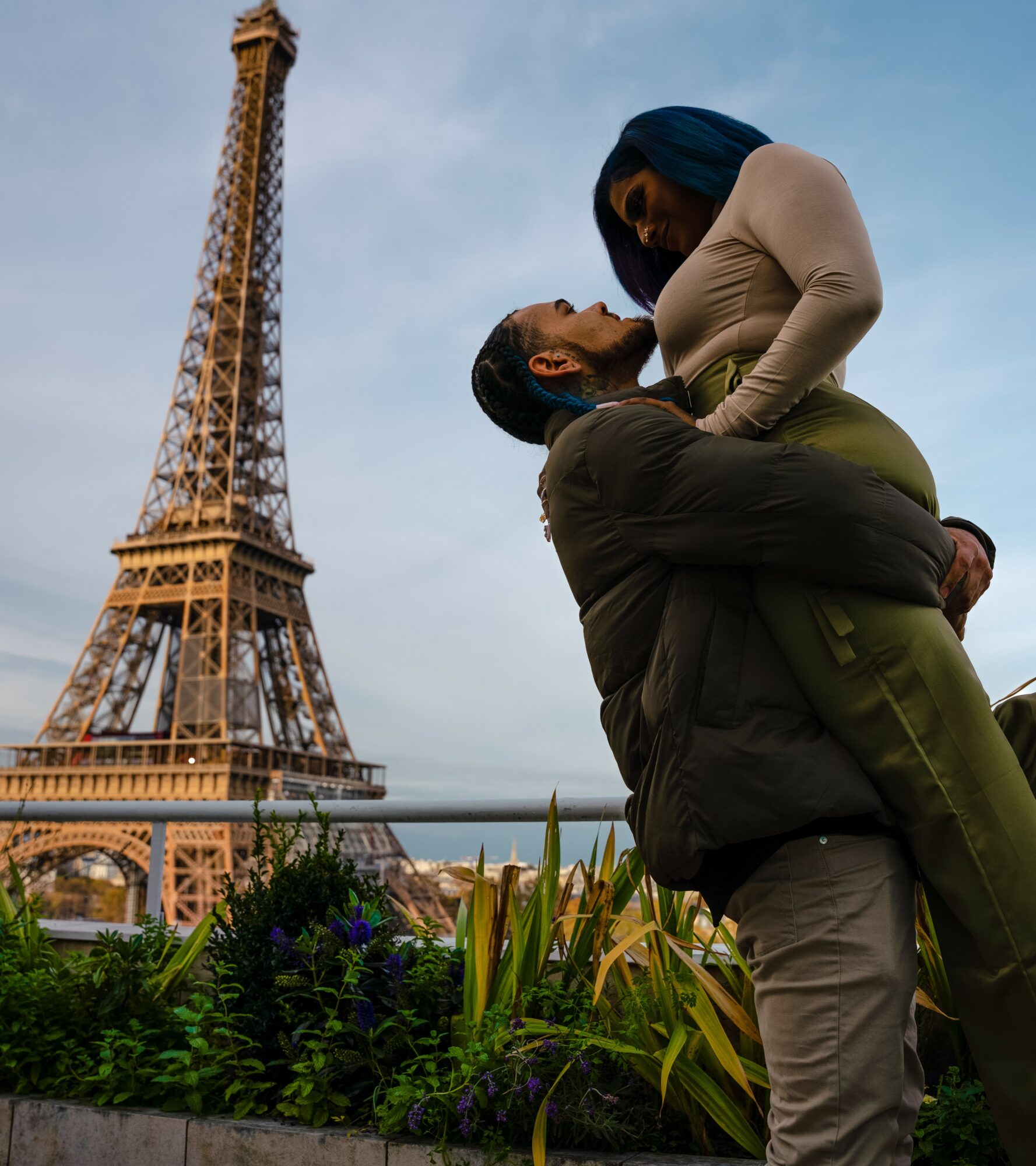 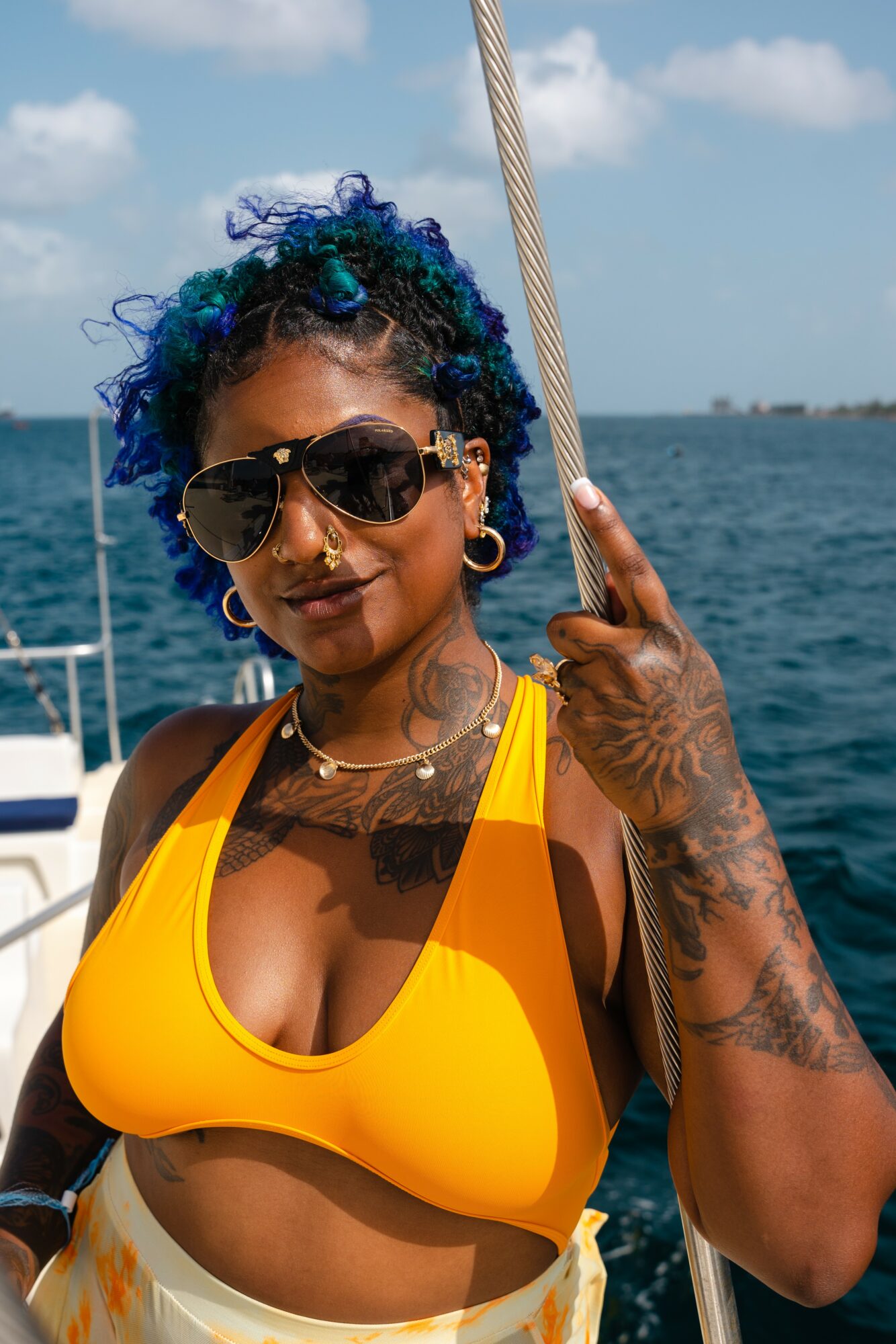 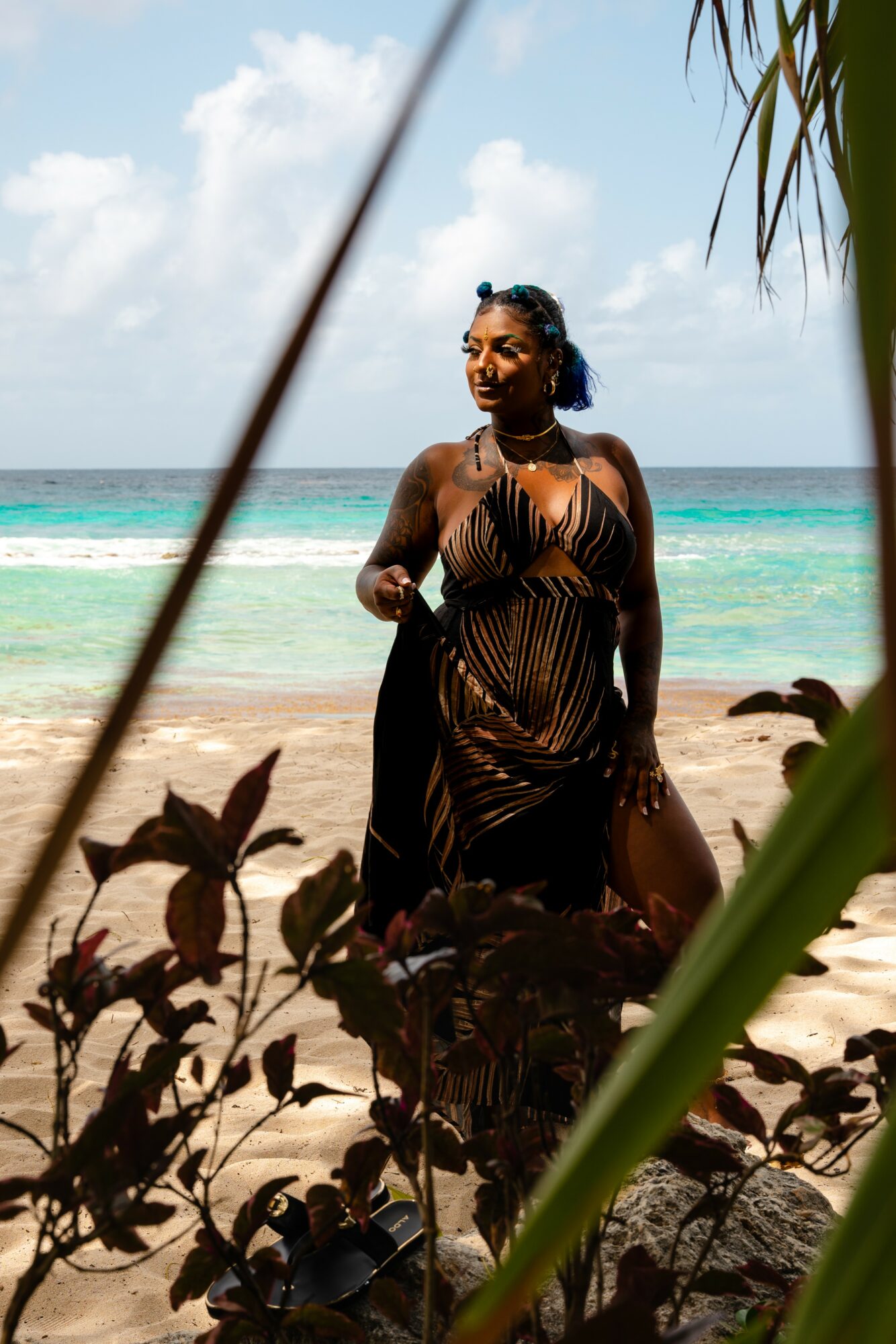 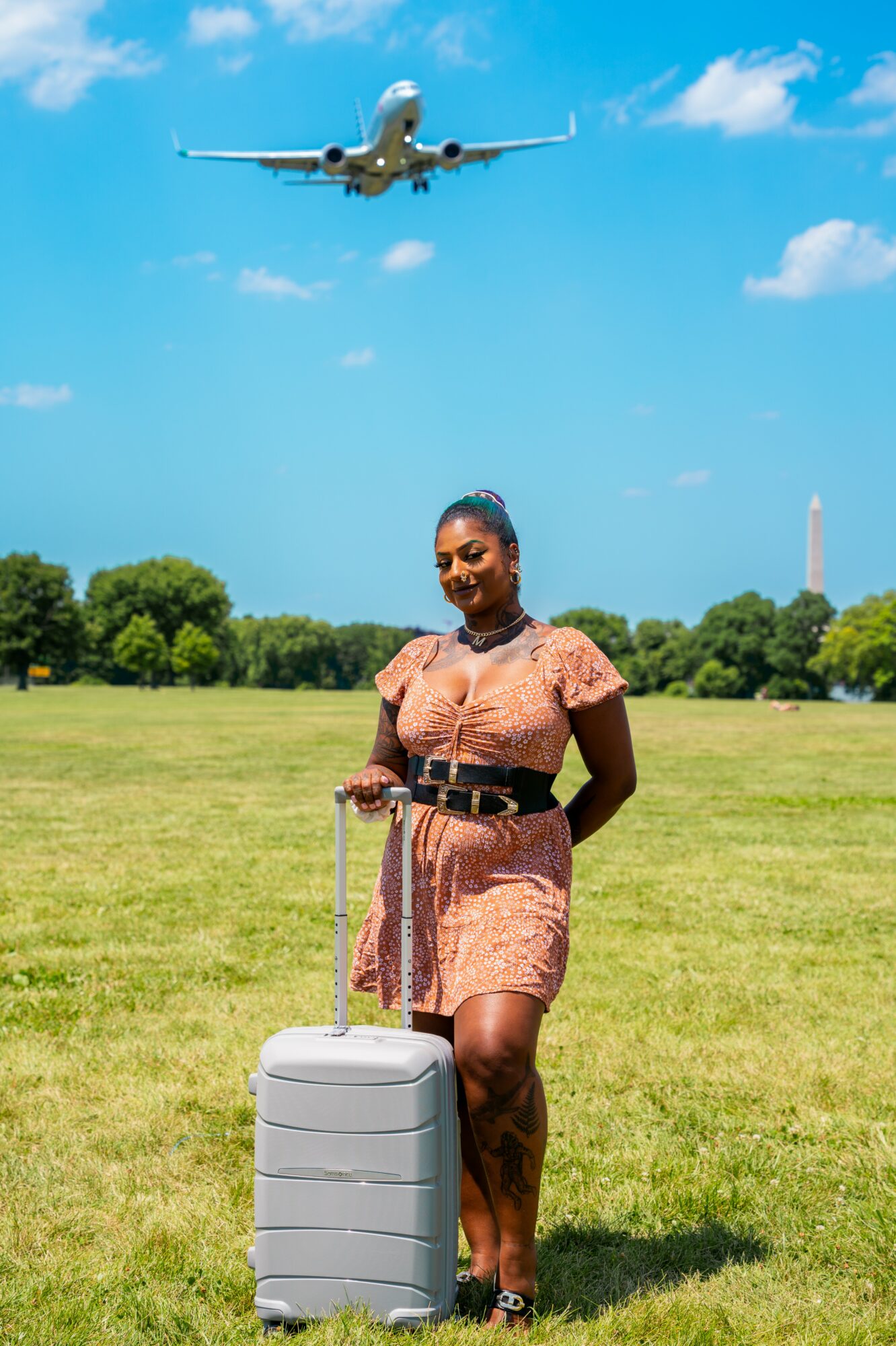