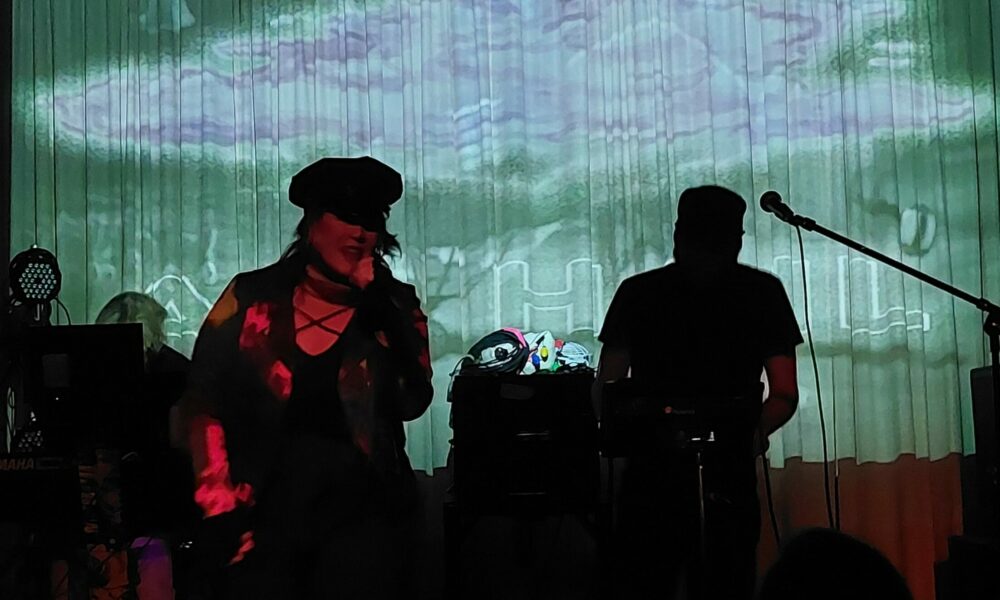 Today we’d like to introduce you to Jenny Mettee.

Hi Jenny, so excited to have you on the platform. So, before we get into questions about your work-life, maybe you can bring our readers up to speed on your story and how you got to where you are today?
I grew up in Lutherville with my mother and grandparents and spent weekends in Hampden with my great-grandmother. My interest in synthesizers began when I heard David Bowie and Giorgio Moroder’s soundtrack to “Cat People.” This movie was one of the campy horror movies I would watch with my grandfather, who greatly influenced my tastes in music. Although my grandfather’s favorite genres of music were bluegrass and country-western, much of the music I like, I heard from movie soundtracks.

When I was 12, I learned to play guitar and cello, shortly after, received a mic and 4-track as a gift and began recording guitar and drums on it. Despite the drums being cardboard boxes that I was smashing with sticks, the reverb from the basement where I would record them made it sound like an early punk record.

I didn’t join a band until I was 19, but I was always writing, especially after learning Pro Tools at a trade school. I met the drummer for a goth, darkwave band in my audio engineering class. He invited me to watch the band rehearse. Asked if I play any instruments by the singer, I responded “some guitar and cello”, to which he replied, “well, if you can play those, then you can definitely play bass”. The next morning, I was the bassist in the 9-piece version of Ego Likeness. Two highlights of playing with Ego Likeness were:  my second show, we opened for the band Rasputina in Pittsburgh, and I turned 21 playing a cello solo at CBGB’s in NY. A year later, I met Jon Crosby from the band VAST. He invited me to record with VAST in NYC. Jon and I recorded only a few parts before the Northeast Blackout of 2003 happened during our recording session.

Before I went to NYC to record with VAST, I started working as a phone support tech at a place called AQ. It was my first real job out of high school, and it was flooded with artists and musicians. It was a very casual atmosphere, and there was a lot of comradery outside of work, including group outings to some of my first club nights and local shows.

Since high school, I have been composing and recording songs at home, but I never thought about performing them live. Shawn Smallwood, a friend from AQ, booked my first solo show in the fall of 2014. But in that short period of time, I wasn’t able to secure bandmates. How would I do this solo? How could I be interactive with the audience and also sing?

In December 2014, I played at the Sidebar under the moniker “Fun Never Starts.” Just me, my wireless mic, backing tracks, and a midi controller strapped to my chest so that I could run into the audience, and in real-time, switch video layers back and forth to the beat.

Since 2015, I’ve been a member of the band Nahja Mora. Additionally, I am a professional video editor and sometimes create the preshows for the B-movie collective, Mondo Baltimore. I performed with the Mondo band In November for “Top Gun Live”. I also create or manipulate a lot of the multimedia for Fun Never Starts’ online and performance components, and I occasionally make movie shorts.

Would you say it’s been a smooth road, and if not, what are some of the biggest challenges you’ve faced along the way?
There have been challenges, but I have grown from them. Throughout my creative career, I have been lucky to have support from my family and countless friends. When you are trying to promote yourself and your art, self-doubt and mental setbacks can get in the way. But even if your art confuses them, saddens them, or scares them, your support group believing in you can be all you need to push yourself through.

My health has changed since getting Covid in 2020. Although this makes some things more frustrating and difficult, it has opened up new experiences that I can translate into my art. I find that improvising can be easier than thinking too much about the perfect thing, so being flexible in life or the middle of a show is part of the performance. I have chosen to look at these unexpected bumps in the road as artistic benefits that help me create.

It’s like a game learning how to deal with the ever-evolving music and video industry and the new channels that can make artist exposure easier. Instead of physical flyering, a “story” posted on social media becomes like a digital flier on a lamppost that will be torn down after the show is over. A few years ago, this kind of communication didn’t exist and now it’s made in seconds. I used to hate the idea of art that could be disposed of so easily; now I’ve found ways to embrace it. To keep things interesting, I used to intentionally misspell dates on digital and physical flyers as a way to get people’s attention. Sometimes I would leave VHS tapes in bathrooms with barcodes on them directing them to videos or ticket links. I could do it quickly and it was effective and exciting. But whatever worked last time might not this time, so you constantly have to keep finding new ways to get out there and get people’s attention.

There’s always a better way to do something, finding those ways will keep your creativity and artwork fresh.

Thanks – so what else should our readers know about your work and what you’re currently focused on?
As a whole, I’m not particularly proud of one project over another. Taking part in different projects gives me inspiration constantly. This past fall, I performed live with three different bands in three months. It was a lot of work, but I was challenged to learn three very diverse sets and present myself in three very unique ways on stage. I’m happy being able to work with my friends on their projects, helping them in any way I can.

Fun Never Starts is my primary creative work. FNS hit the stage at Metro Gallery on December 8th, 2021, after a 22-month performance hiatus. It’s always nerve-wracking leading up to a show, but post lockdown felt particularly tense. Once we were there, it was like riding a bike. All of the new material we performed was well received. Moving forward, our art will be darker but just as energetic.

FNS combines humor and sarcasm with dark themes and energetic stage performances. The biggest influence on the absurdity and humor in my music is my grandfather. He loved supernatural or unusual topics and pop culture, especially outrageous humor. The collective musical influences between Justin, Josef, and myself span across multiple genres, from Neil Young to Wax Trax Records, Donovan and Ho99o9, Refused to Monte Cazazza, Bowie, and Prince. Our former bassist JP was a metalhead and a large influence on our first EP as a trio. Our style is harsh, melodic, electronic. Even though we’re not always associated with harsher genres like industrial or punk, we fit closely with them. I use a lot of melody in music. Industrial audio historically relied more on unconventional rhythms and noises, which we use a lot of, but we blend as much as possible musically. Genres are always evolving, and we will keep up with them.

With Justin and my dueling vocals, Josef adding samples and melodies, and our united presence, we create a vision, sound, and energy that is hard to describe and duplicate. A common comment after a show is, “That was great! We weren’t sure what to expect from the name”. We want the audience to be curious about what’s next from our records and shows.

Do you have any advice for those looking to network or find a mentor?
Although most see us as peers now, I would say previously that Josef Saint and Daniel Ouellette were two of my biggest mentors for evolving FNS. I have gained a wealth of information on recording from Josef and Daniel Ouellette has changed the way I think performance.

Finding your network can be overwhelming. In each of the musical projects I take part in, we’ve created brands and fans by being ourselves. If you have a niche, anything at all, politely find your way to that person or entity that could elevate you, don’t ever solicit, always ask permission. If you decide later that you want to change an aspect of your art, you can always change the trajectory and find additional networks.

Most of my success was found by cold messaging someone on Facebook or email. Someone who I was genuinely interested in what they were doing. The conversations happened naturally from there. 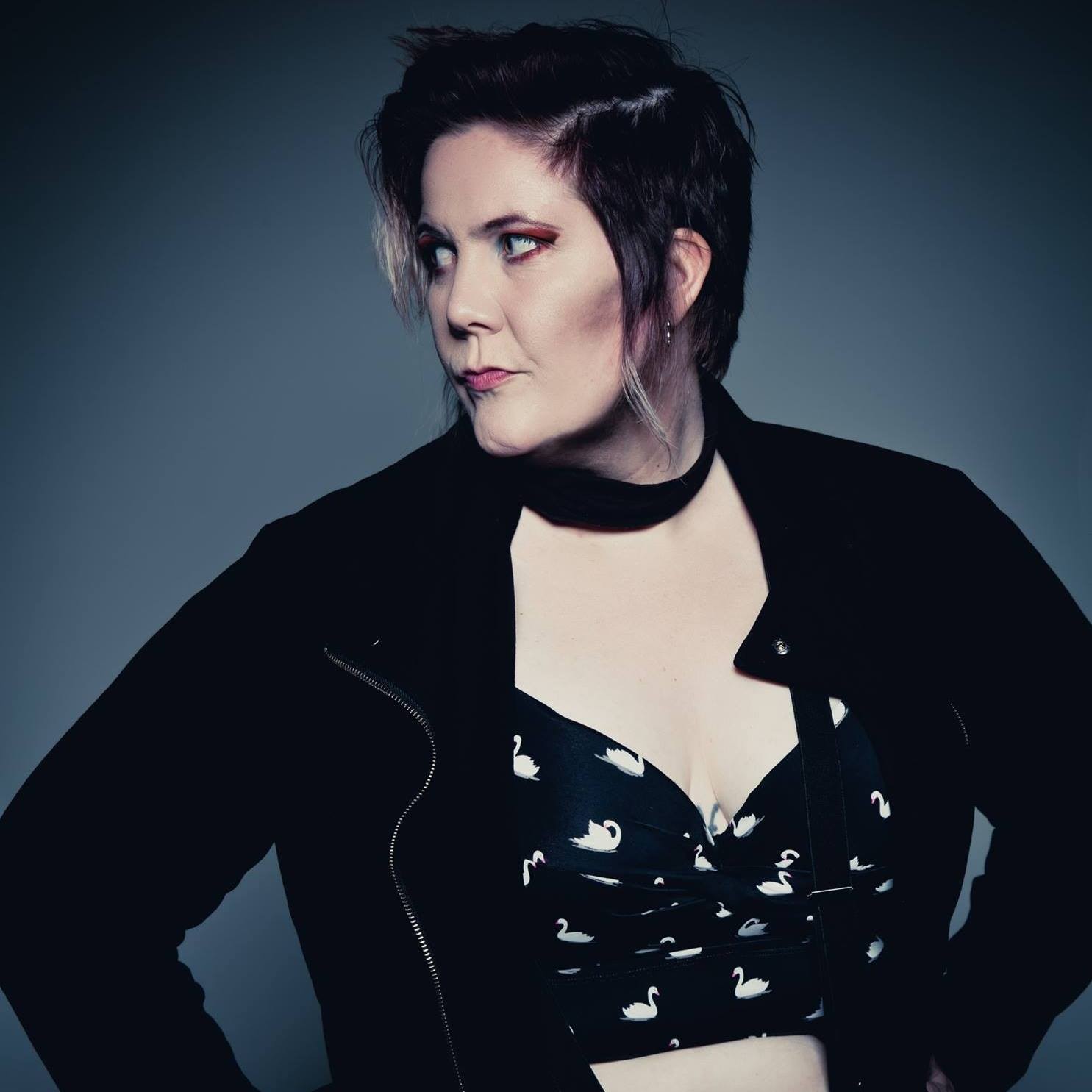 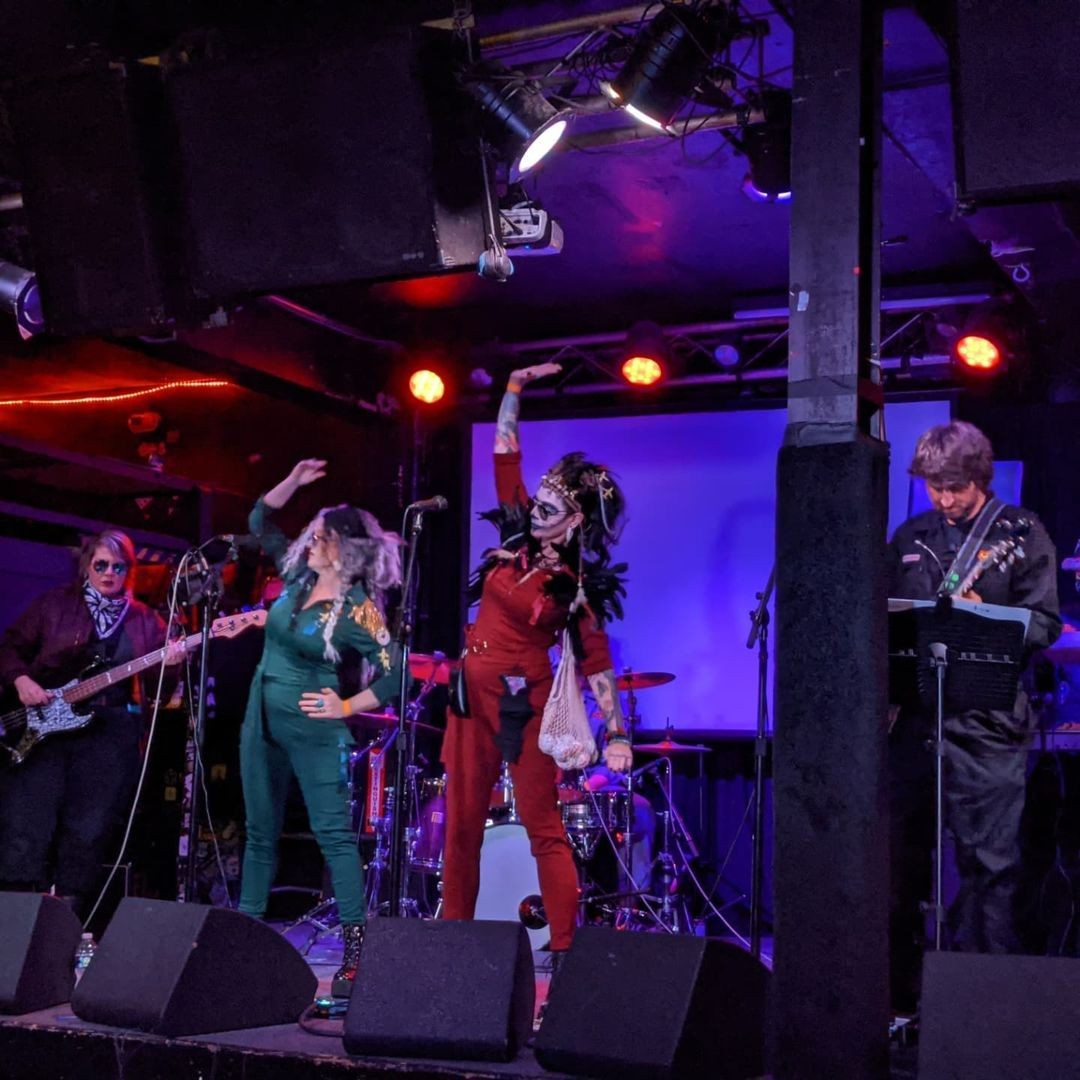 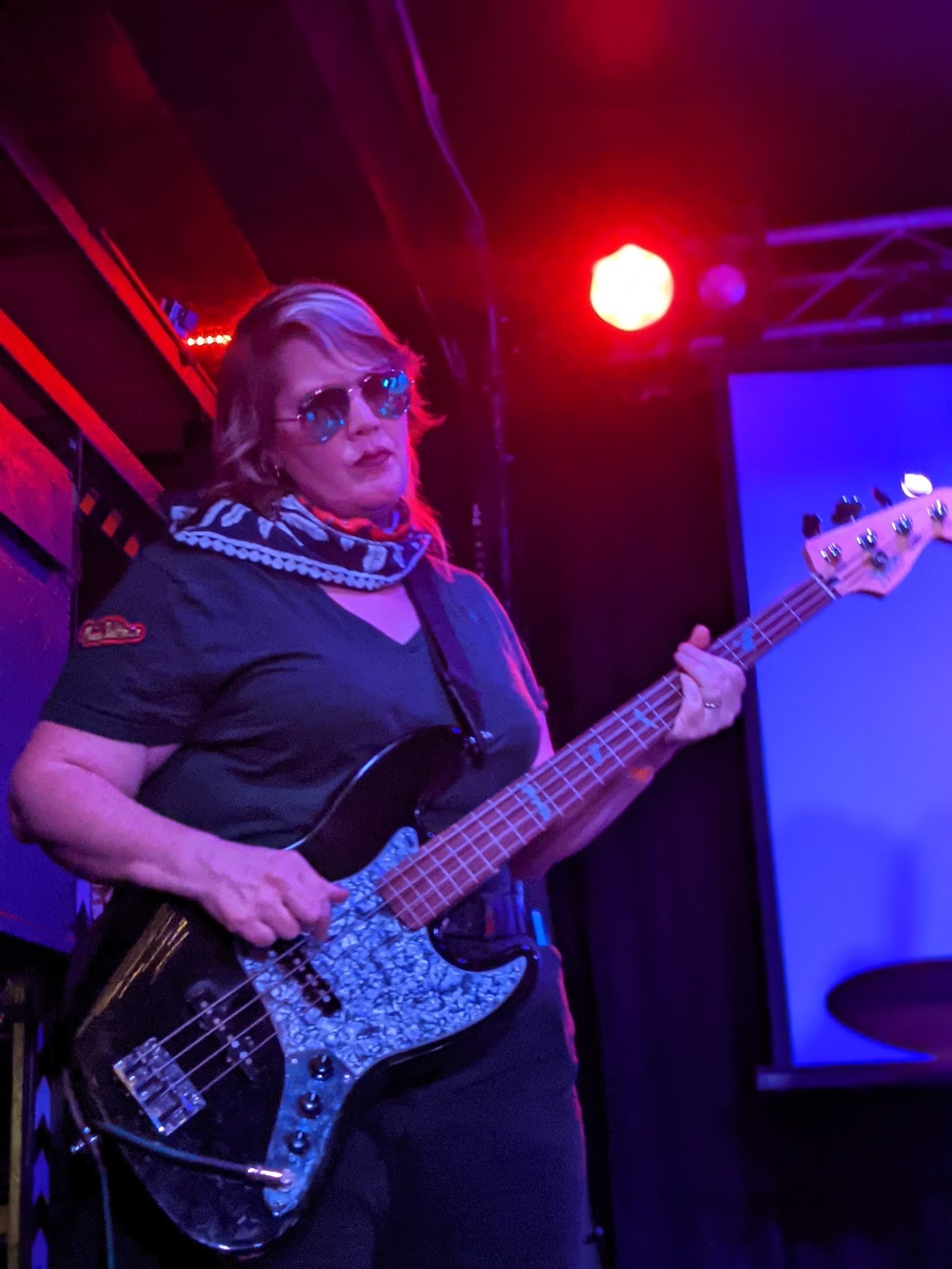 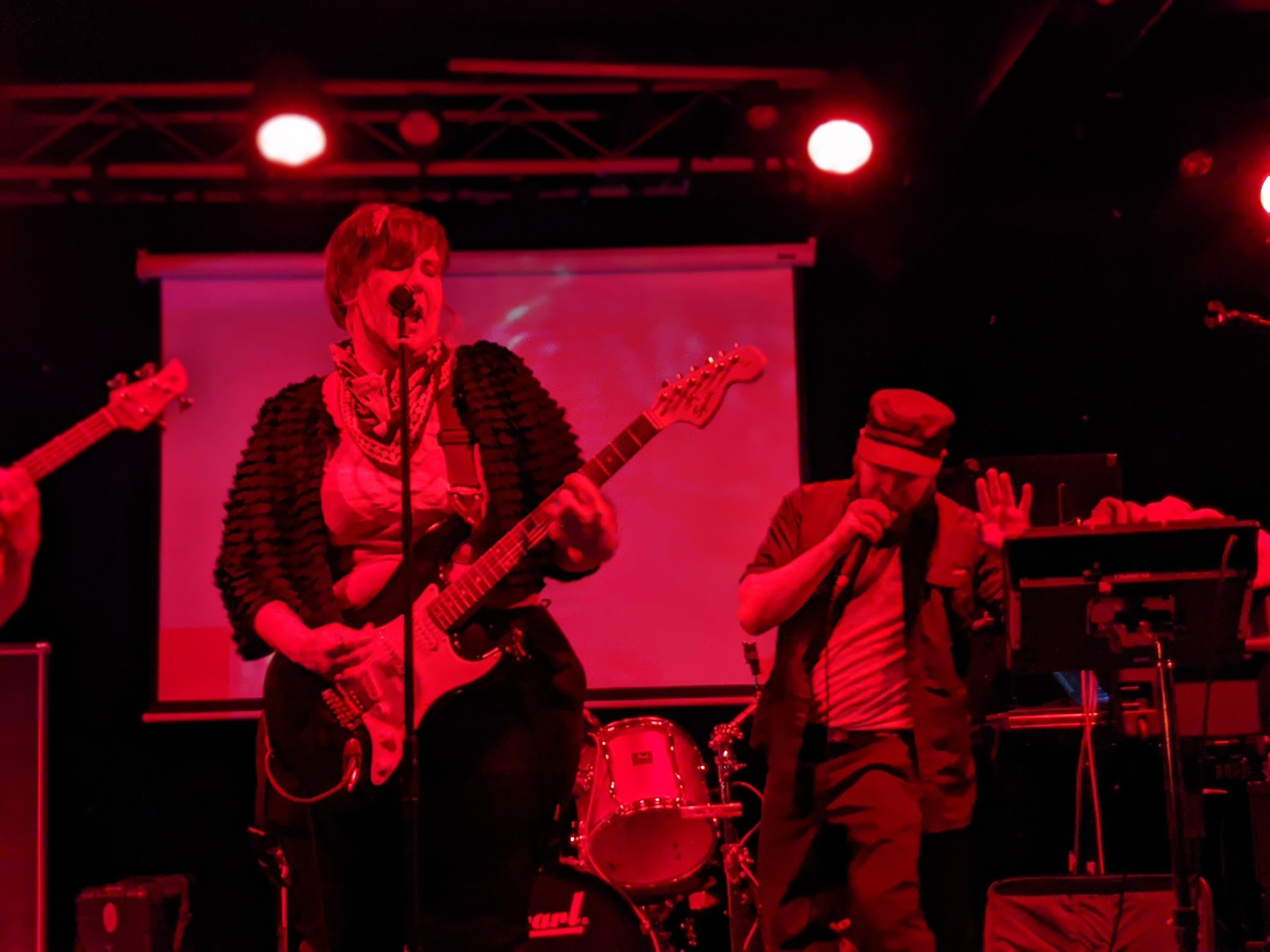 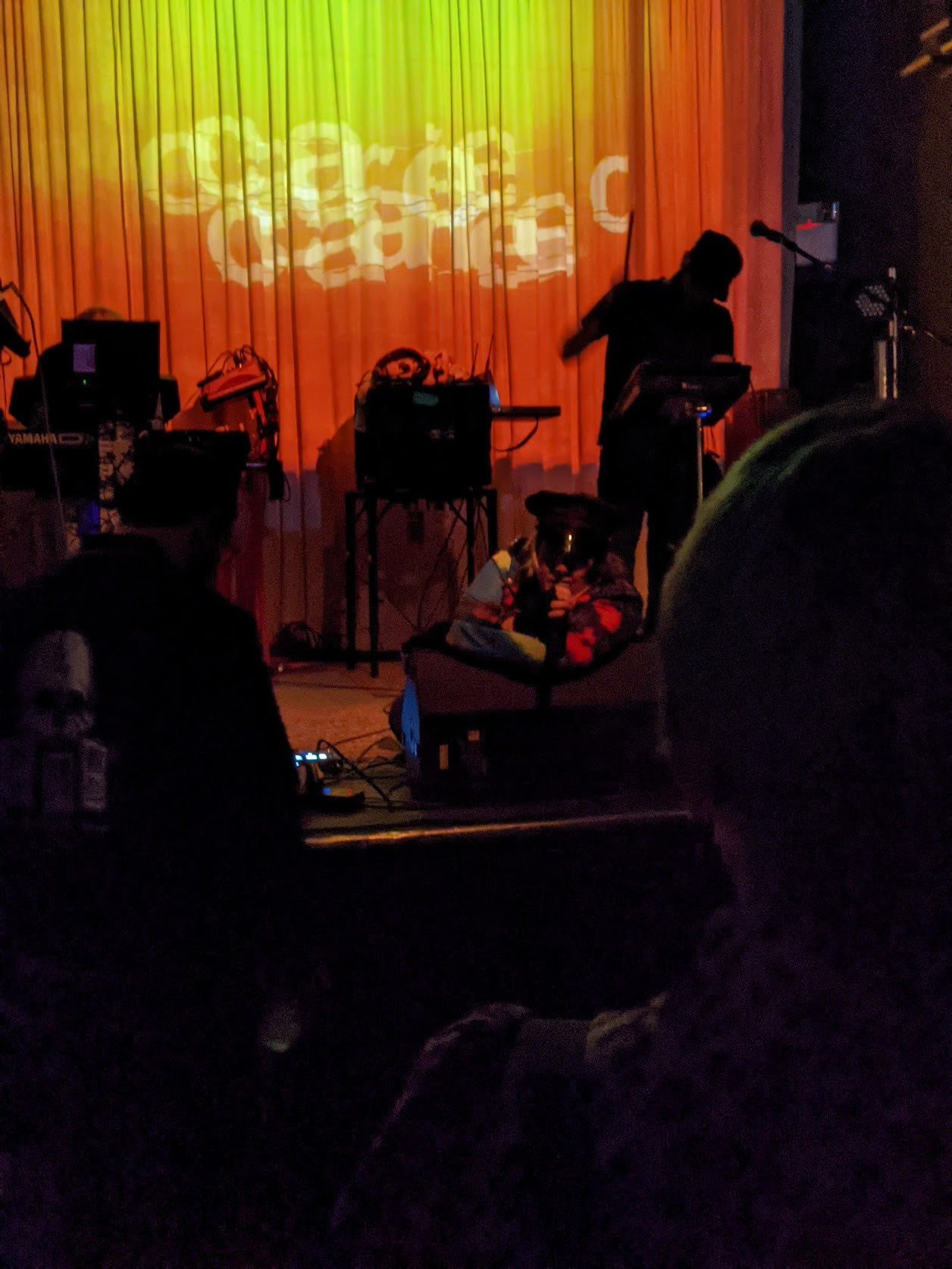 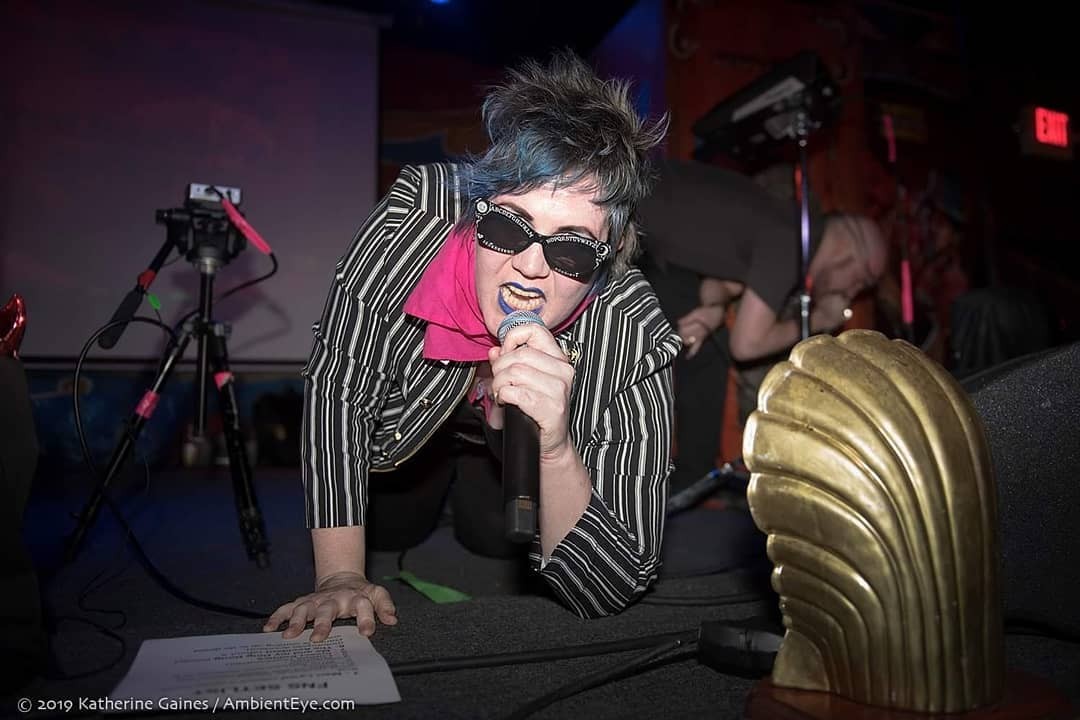 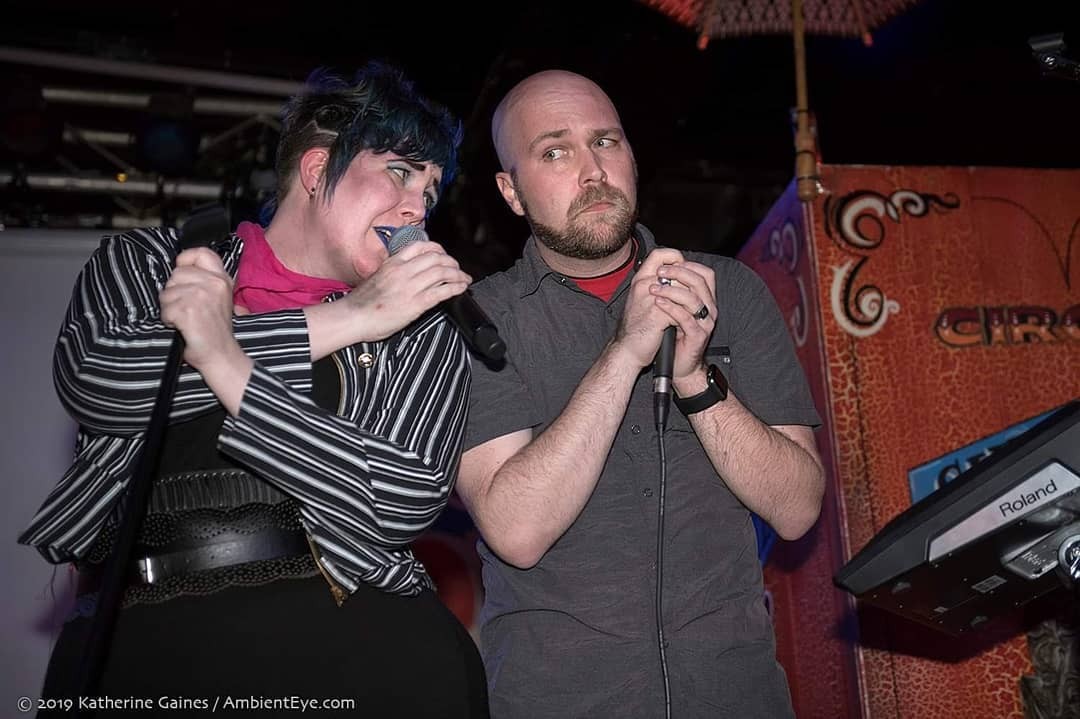 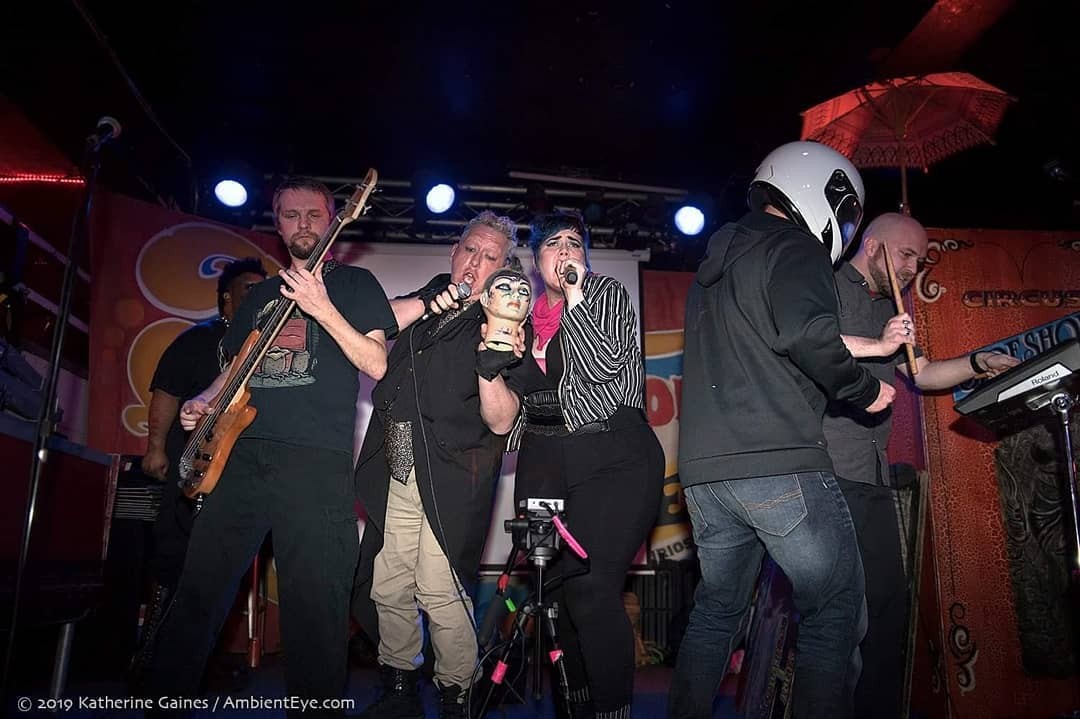 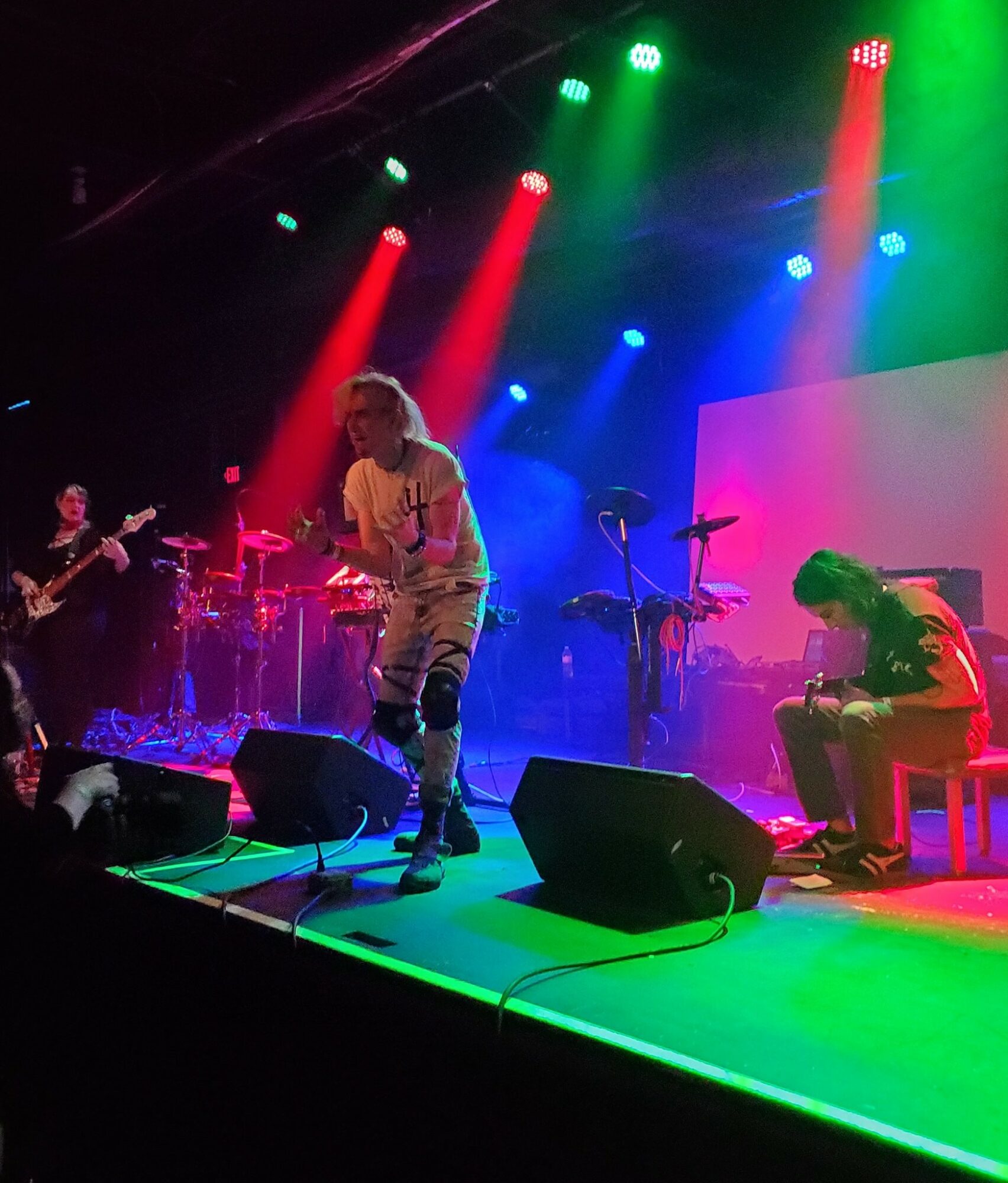 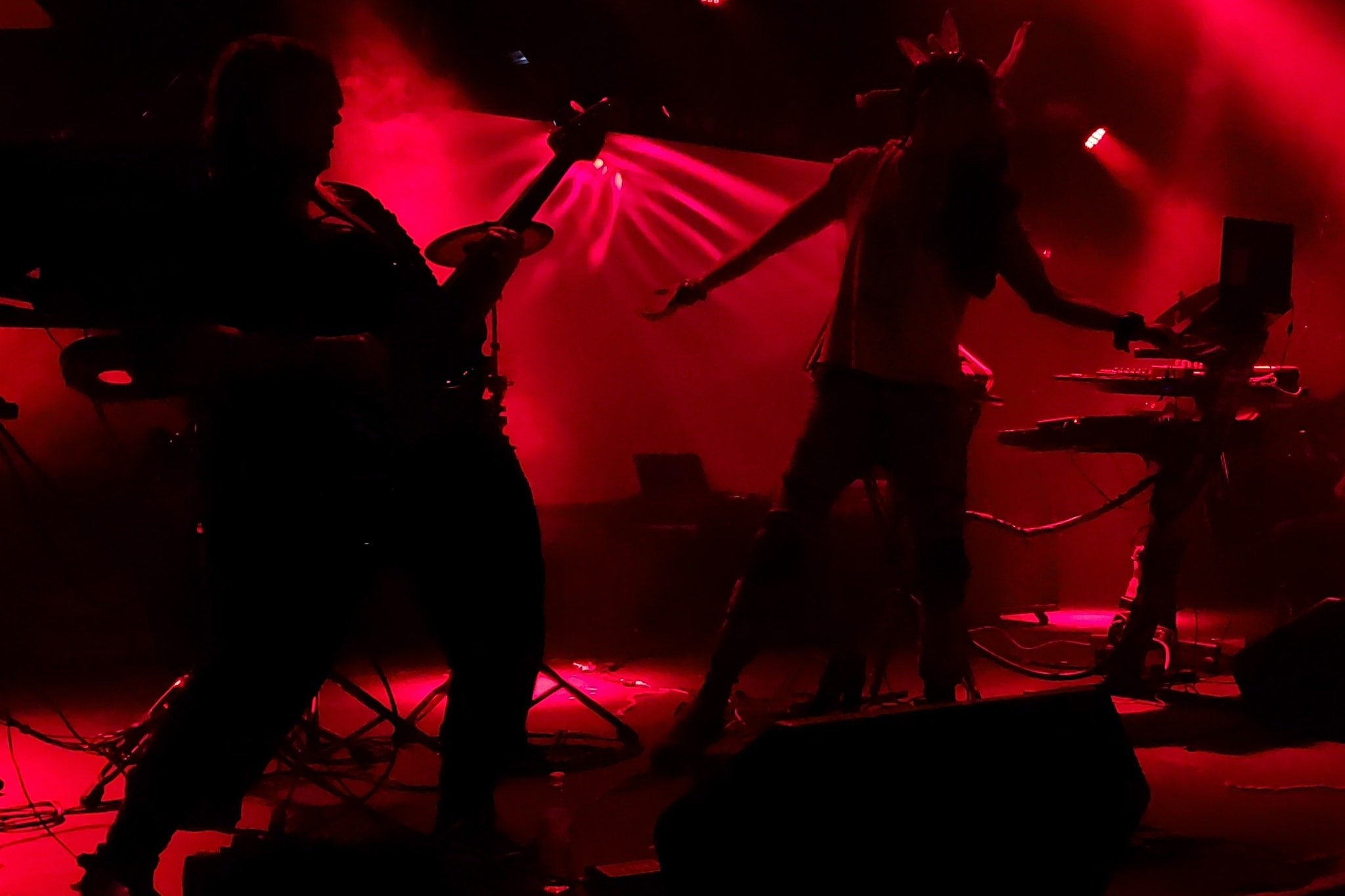