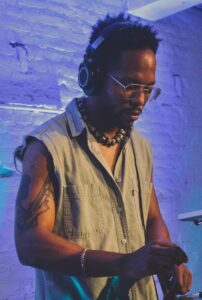 Today we’d like to introduce you to Brian Menifee.

Brian, we appreciate you taking the time to share your story with us today. Where does your story begin?
Creating under the name Bliberation in association with the Lifestyle Brand The Regal People, I’m a multimedia artist originally born and raised in Houston, Texas.

I’ve been creating art for public display since the early 2010s while studying mechanical engineering at Howard University. Afrofuturism is a common theme seen throughout my work, especially with my music.

I’ve been a DJ/producer “professionally” since about 2015 playing and curating shows from Mexico to New York but mainly in Houston and the DMV.

I moved to Baltimore in July of 2020 and got introduced to the Loop Sessions concept several months later when Mags reached out to me about starting a DMV chapter. We have held an online event every month since Feb. 2021.

Would you say it’s been a smooth road, and if not what are some of the biggest challenges you’ve faced along the way?
It has definitely been a challenge. Since we started doing LSDMV over the pandemic we were forced to have a virtual event whereas Loop Sessions Montreal the first chapter had experience holding in-person events and developing a following before going virtual.

We were starting from scratch and had no idea how we would be received or if folks would want to participate. I think having our session virtual has allowed us to connect with people who aren’t just in the DMV but across the United States and the World. This has allowed us to expand and meet people where they are at in an organic meaningful way that I don’t think would have happened if we were just doing in-person events.

It is a double-edged sword though because we rely so much on technology. We stream the event live on Instagram so there have been a number of technical issues with sound quality, feed dropping, equipment breaking, etc. I believe that the community that has come together around LSDMV is very understanding and supportive which is extremely helpful when I’m not feeling too great or dealing with these challenges.

As you know, we’re big fans of you and your work. For our readers who might not be as familiar what can you tell them about what you do?
I’ve been involved with a lifestyle brand called The Regal People since about 2014. We focus on uplifting people through our products as well as events that we are a part of or curate. Being a part of this brand has allowed me to experiment with a lot of different mediums of art.

Right now, some of the products that we are focused on creating the moment are fanny packs/bags made from up-cycled material, as well as trays, shelves, and plant stands made from reclaimed wood. I would say I am known for djing and that’s what I specialize in, but once the pandemic hit my DJ career was put on hold. Woodworking was something new that I immersed myself into while dealing with the struggle of trying to figure out what my next steps were.

I was working an engineering job at a company in Baltimore and I quit the job in August of 2020 because I was completely stressed out with their work environment, the pandemic, and the BLM protests. Working with wood was always something I liked doing but I never really took it seriously until I quit my job and realized how healing it was for me. My parents are very DIY especially since they are both from Houston. So I grew up working outside with them learning how to build, create, and preserve.

I put some shelves and plant stands up on The Regal People website during the winter of 2020 and they sold out within a couple of weeks. The overwhelming support from my family and friends propelled me in a direction that I never planned to go in. Fast forward a year and a half later and I have worked on a deck, swings, benches, and cabins in California, and I’m currently turning some wood from a renovated bowling ball alley in a church in Baltimore into tables and a bench.

I think what I’m really proud of is the events that I was able to curate and be a part of before the pandemic. From 2016 to 2019 a group of my friends and I threw events in Houston centered around creating spaces for marginalized folks to come dance and fellowship.

One of the more popular events was called Data Dump which featured projection mapping, art installations, and an emphasis on booking Black non-men DJs in Houston. being able to be a part of that experience in my hometown was life-changing as well as healing. It’s wild because to this day people still talk to me about how great those events were and that really feels me hear with joy.

Another event series at a historic space that I’m really proud of being a part of with some friends is at The House of Secrets in DC. The space is soooo historic. It use to be the after-hours spot when musicians came to perform at The Howard Theatre. Since it’s right in Le Droit Park it has so much history tied to Howard University and the broader DC community which has had a special place in my heart since I went to Howard.

LEGENDS have thrown parties at that house for decades including Chaka Khan, Prince, and Duke Ellington. For me, to be able to take care of and bring the experience that our ancestors had in that space to a new generation is really powerful. In the summer of 2019, we were able to hold a few events that were really amazing. The house has multiple levels and there are a number of different rooms that people can experience.

What would you say has been one of the most important lessons you’ve learned?
I have so many lessons that I’ve learned/still learning.

Asking for help, prioritizing rest, being intentional, Therapy (mental and physical), Not comparing myself to others, taking in constructive criticism, Limiting self-deprecation. 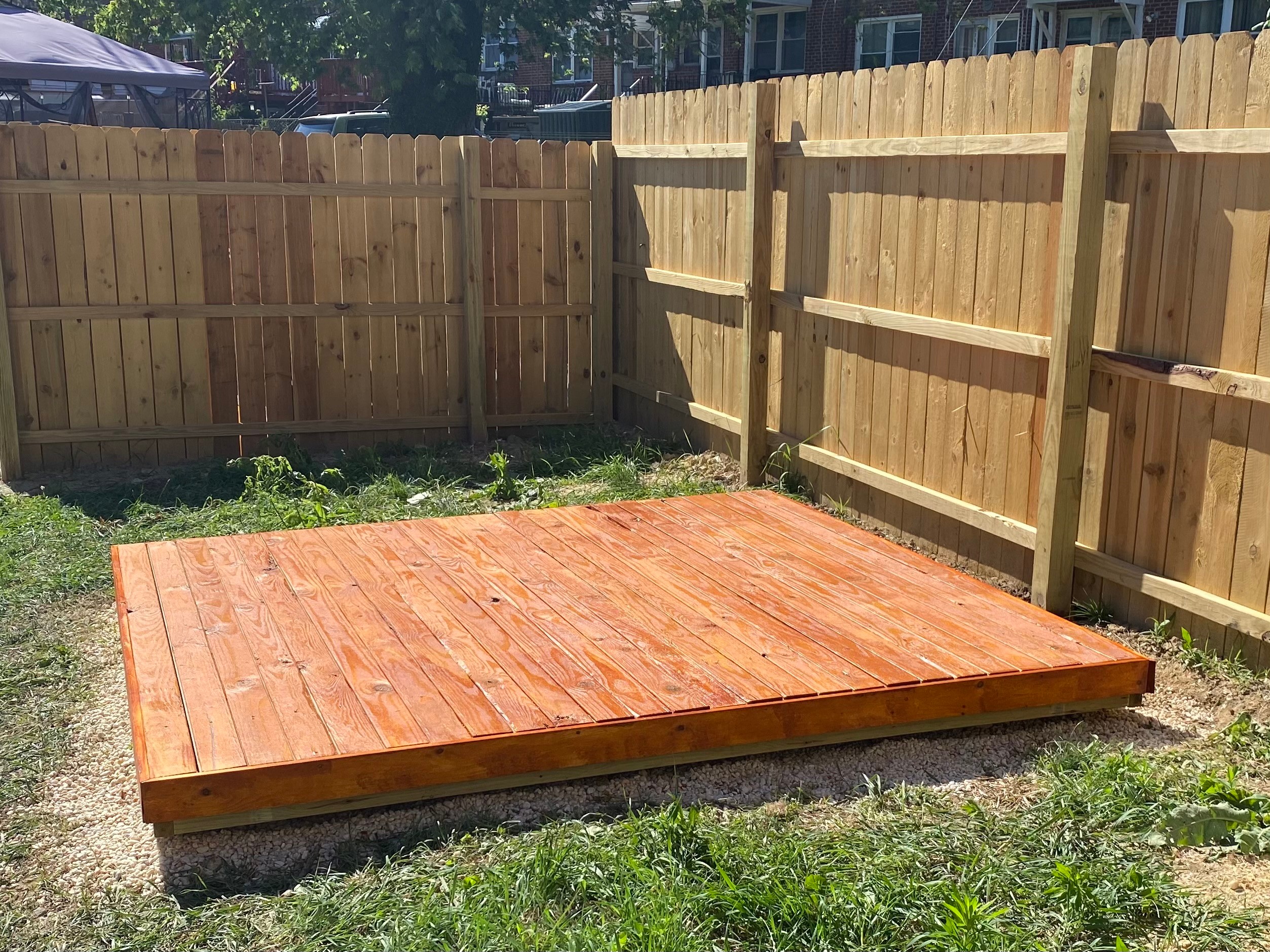 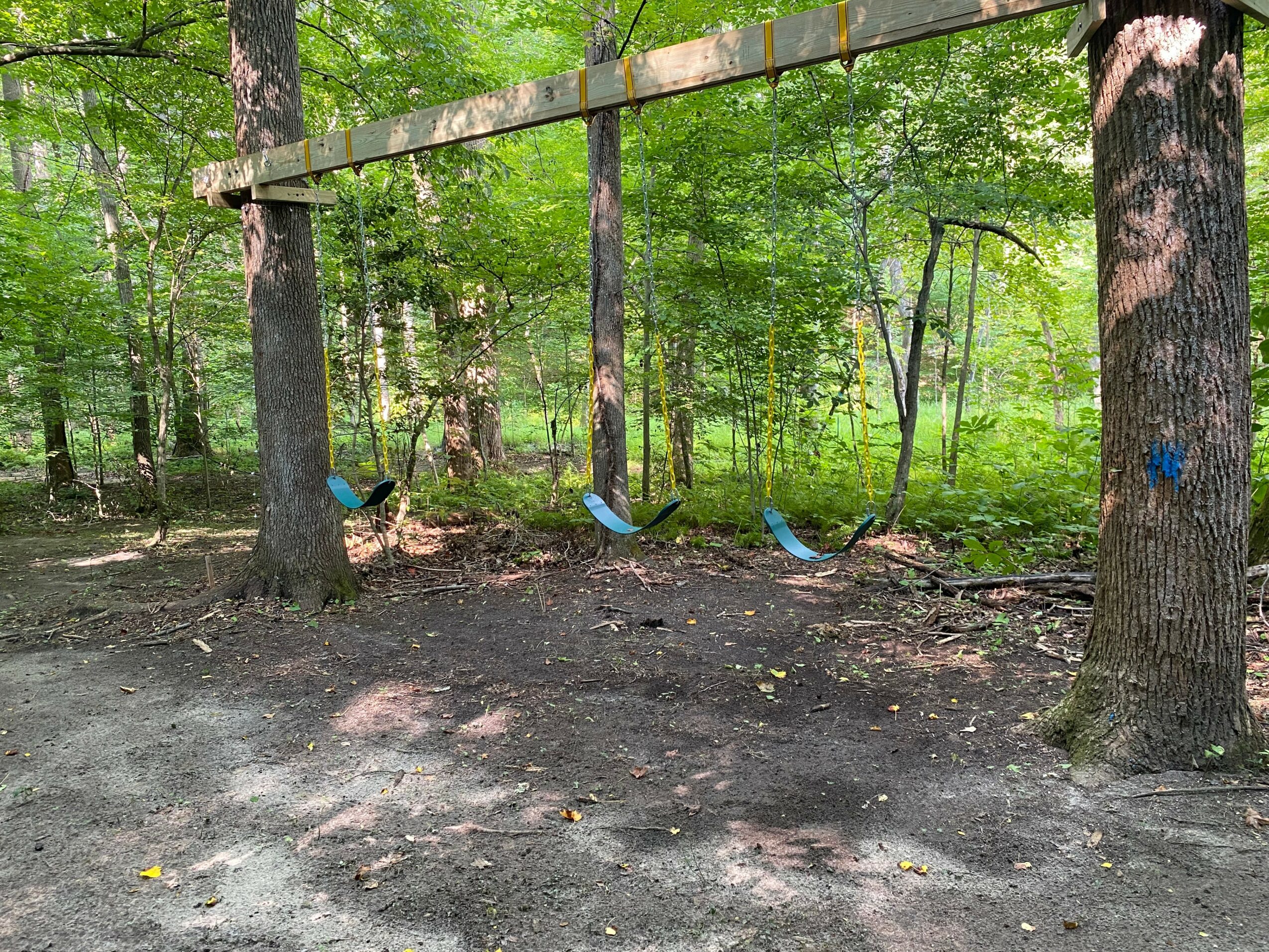 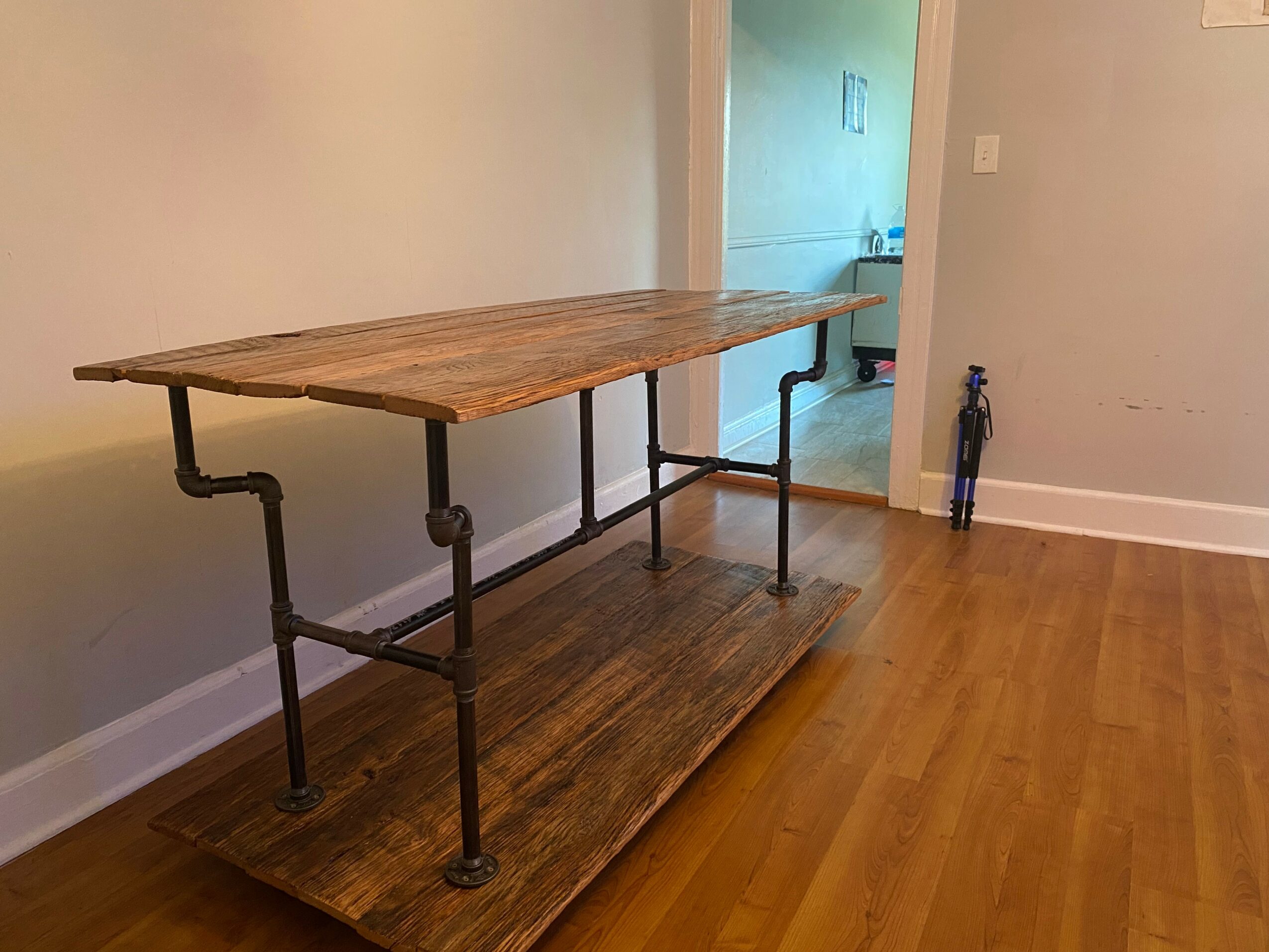 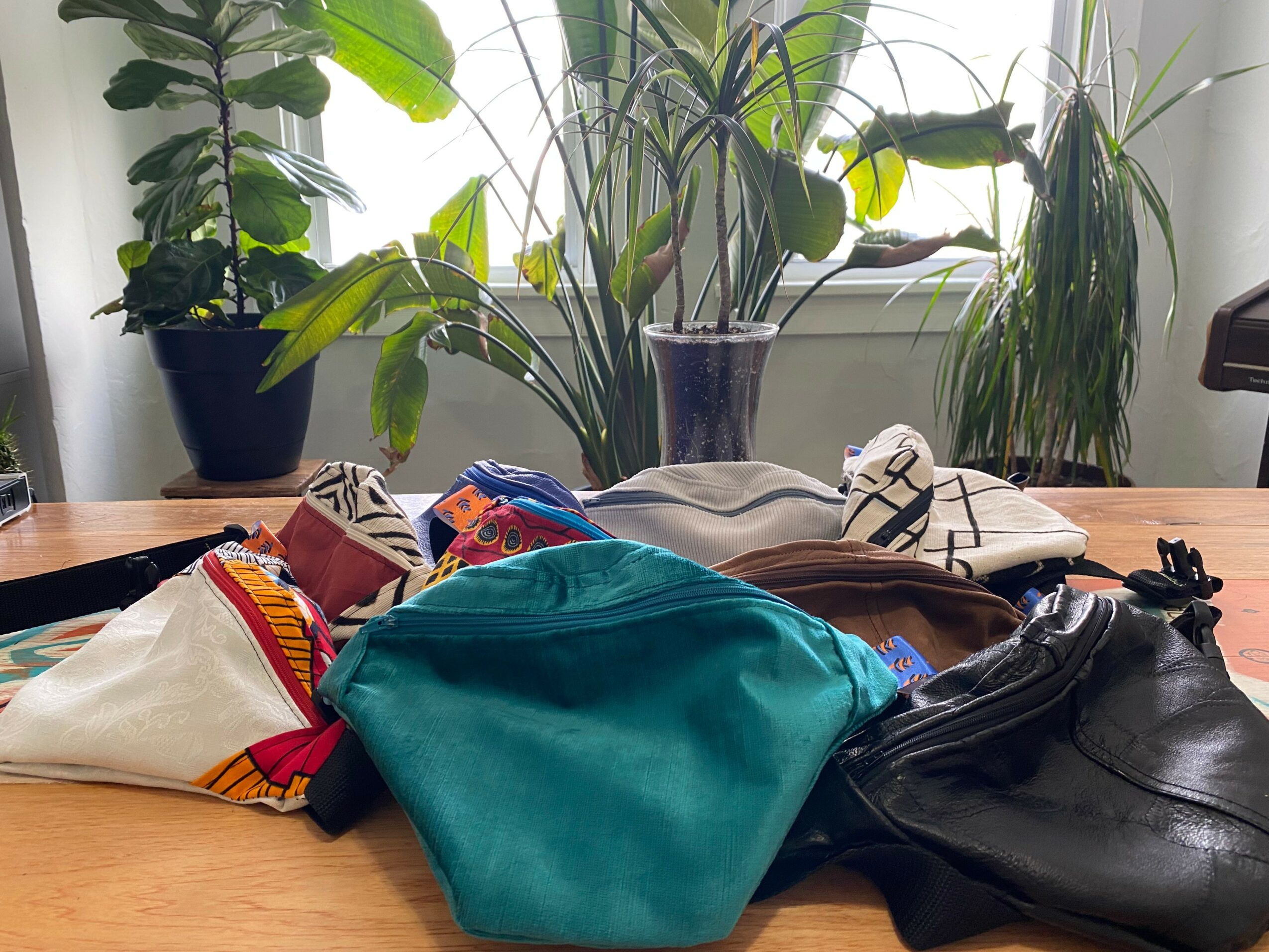 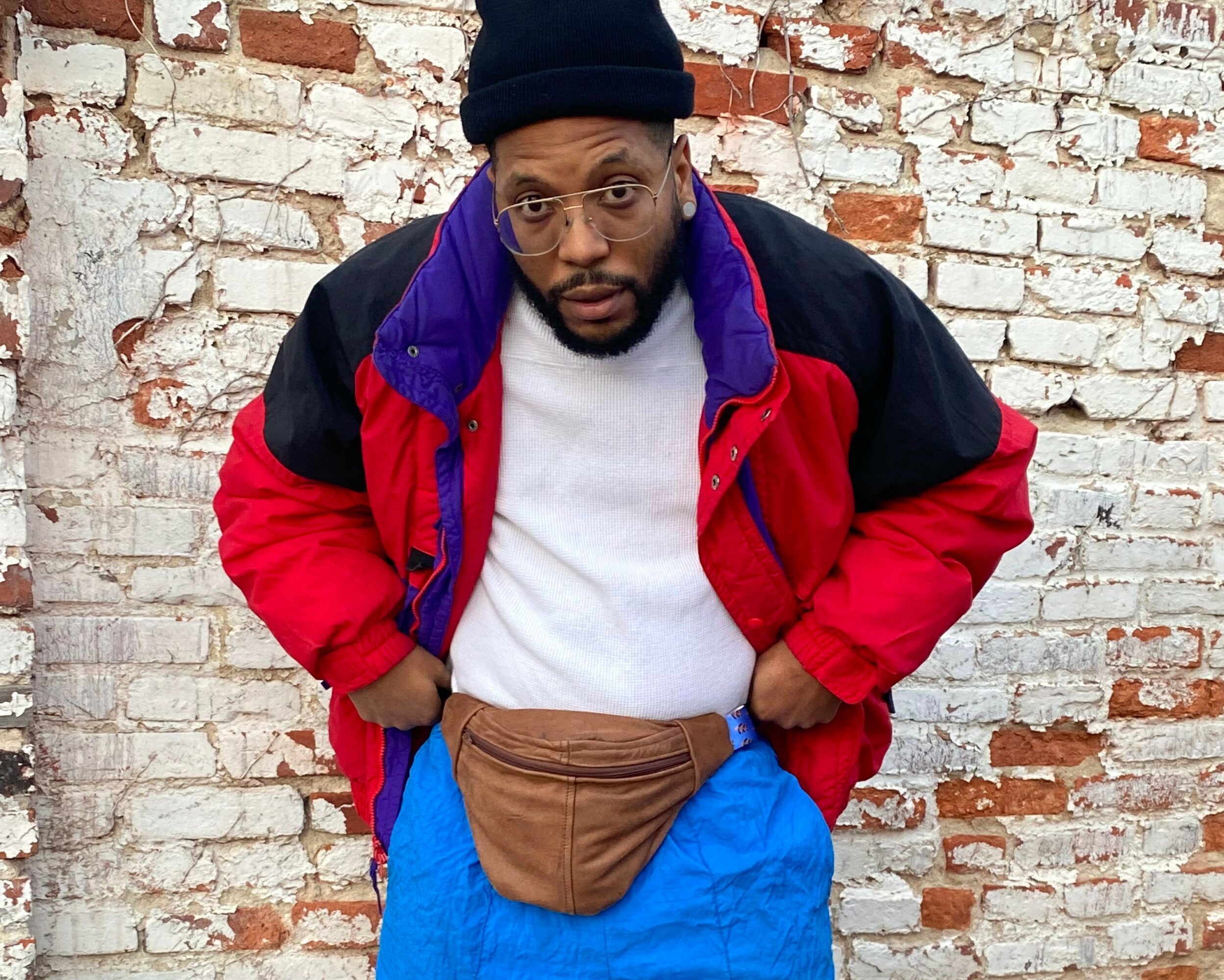 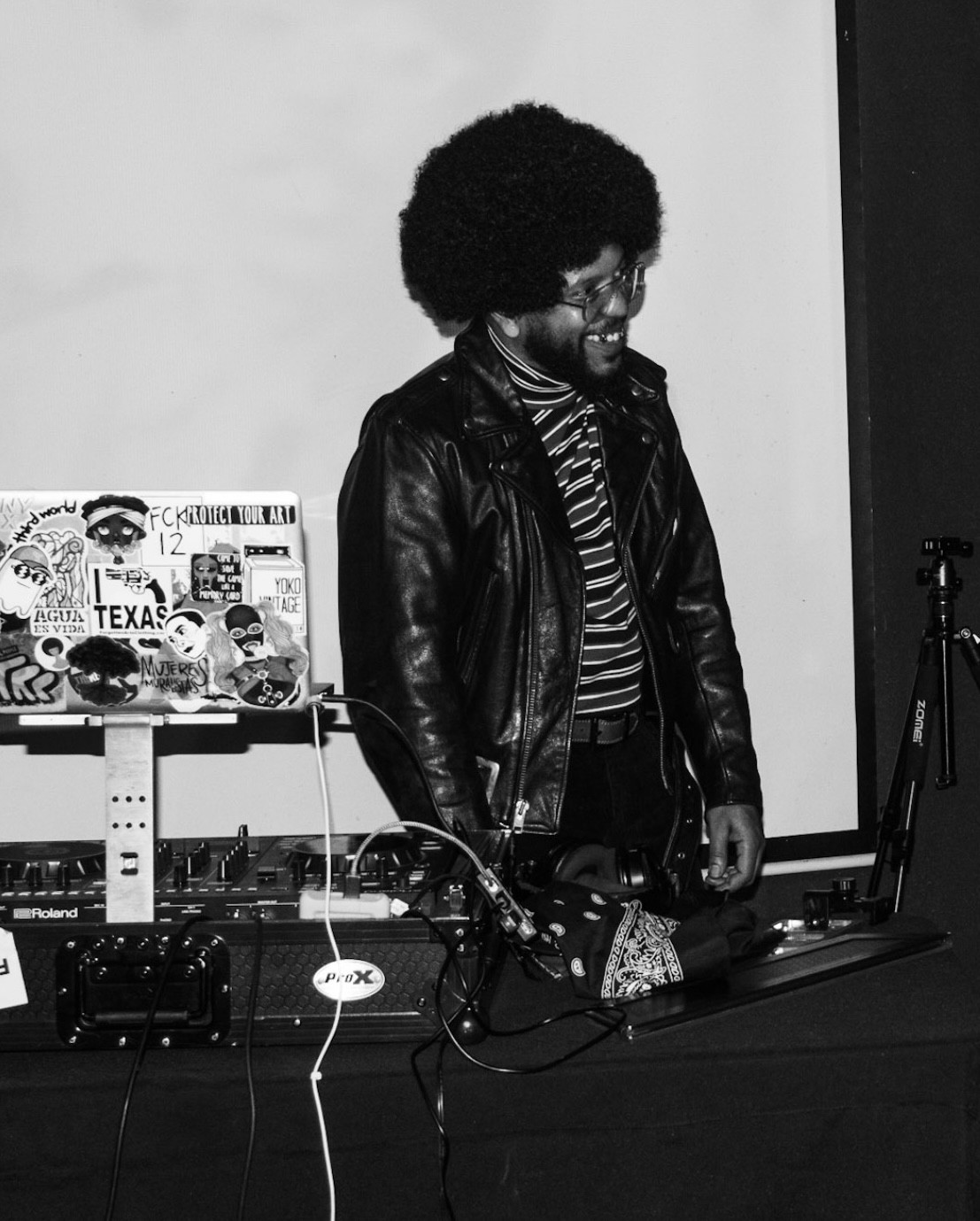