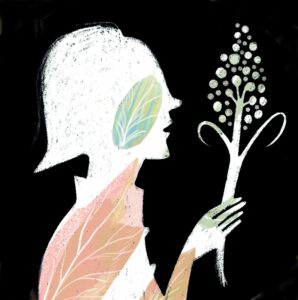 Today we’d like to introduce you to Whitney Sherman.

Hi Whitney, we’re thrilled to have a chance to learn your story today. So, before we get into specifics, maybe you can briefly walk us through how you got to where you are today?
In my large family, I was known to be “the artist” and I loved that role! I grew up in northeastern New Jersey where I could see Manhattan from the top of our street and where my father and grandfather worked and where my grandmother had lived as a teenager. We always went into the city to get our school clothes each year and my father brought home the best bagels! Neither of my parents were artists but they were creative and supportive of us. They loved to design and make our Halloween costumes each year. My family was known for them and our local newspaper photographed us for an article. Because I love to make things, I naturally gravitated to studying art in college, yet by that time, I had become aware of design and applied to study that although drawing was always part of what I did. Early on I made a decision to major in photography all while learning design through my college friends. After graduation, the economy had other plans for me. The US was in a recession and jobs were few. I worked for a fabric and wall covering shop in New Jersey creating hand-drawn pattern repeats, for a card company designing greeting cards, and later for a small advertising agency where I learned the ropes from the inside. Next, I moved back to Baltimore and switched to print design which led me through a number of positions including work for Maryland Public TV, a well-known marketing and communications firm, and a boutique design firm where I became the VP Creative Director. All the while since moving to Baltimore, I also worked freelance as an illustrator.

I started teaching workshops after I was asked to run one for design students. Even though it was a challenge, I enjoyed figuring out how to teach things that I had learned intuitively. Workshops led to part-time teaching in both design and illustration. After some years doing workshops, I was ready to quit and put all of my time into my illustration work when I was recruited to run the undergraduate illustration department at MICA. Another challenge as enrollment was going down fast. In the 10 years that I ran the undergrad department, it became the largest in the school, students began winning awards, I developed minors in design, book arts, and illustration, co-created a 2D Prototyping Lab, produced 10+ artist-in-residencies including a semester-long one with Henrik Drescher and Wu Wing Yee, produced two major exhibitions at the school: one on comics and one on editorial illustration, and created a new graduate program for illustrators that I teach in and direct today.

I’ve added ceramics and surface design to my pursuits and sell through Pbody Dsign. I’ve lectured, run workshops, and exhibited my work internationally, I’ve co-edited and been a chapter writer for the History of Illustration textbook, authored the book Playing with Sketches, created the central image for the Breast Cancer Research Stamp, the first semi-postal stamp in the US that has raised over $90 million for research, and received the Distinguished Educator in the Arts award from the Society of Illustrators in NY.

Would you say it’s been a smooth road, and if not, what are some of the biggest challenges you’ve faced along the way?
No one likes things to be super tough but a smooth road never forces you to test your ideas out. It can be frustrating when you feel strongly about your ideas and have to explain them more than once to people with no baseline knowledge. In situations like that it’s essential to learn how to address a client’s specific questions, answered in terms that are meaningful to them. Figuring that out is the struggle! I found this to be the case explaining what a graduate illustration program was for and how it is about expanding outside the art worlds narrow definition of illustration. Personally, my most challenging time was being a single mom during my daughter’s middle school years, having a ton of work coming in, and teaching full-time maintaining a balance between my illustration studio business and being a full-time educator/director.

Being an illustrator means you have to be ready for the next project, whenever it comes in. It means late nights and it means you have to be super organized. Things can get crazy if you can’t find your supplies, you forget to send out an invoice or you miss that email about a project from a client you always wanted to work with. I think years went by with me only getting about 4 hrs. sleep a night, not counting the numerous all-nighters I pulled.

Alright, so let’s switch gears a bit and talk business. What should we know about your work?
As an illustrator and designer, I’ve had the pleasure of working for so many different types of clients. Being self-taught, I have to admit to liking a challenge especially if I’ve never done a thing before. I love problem-solving and editorial-type work allows for that, actually it necessitates that. I became known for being able to create an intriguing image for some of the most difficult topics. In my early days of illustrating, I drew in a handful of styles and liked applying the best style to each project. I felt versatile and not boxed into one way of working. I do that so much less nowadays but I still have a range of ways to visually work. That said, the thinking or conceptualizing of a piece always comes first. Words in the manuscript or said by the art director are like guideposts. I like to play with words and their meanings. So, if you were to ask any art director I’ve worked with, they’d probably not identify me by a visual style rather they’d likely say “she’s good with ideas!”

Can you share something surprising about yourself?
None of my clients have ever been to my house, so the surprise would be seeing all of the odd-ball things I collect and arrange on top of door sills [like a collection of miniature advertising premiums], on shelves [like tiny paper love letter/envelop, mini zines, miniature plant from a friends animation, and a tiny vintage wooden painted duck on wheels], radiator covers [like a letter opener from Italy during WWII, a stack of small dishes, mirror glass vase and large branch in a copper pot], nightstands [like old matchboxes, and an address book from the 1920s], in bookcases [like small ceramic dishes and sculptures, souvenirs from decades ago, inkwell shaped like a cicada], out on the deck [like rocks, pinecones, cast metal animals, tree bark], in the shower [like a rubber octopus and a black-spotted rock]…I will arrange things anywhere really. The stuff is random, but for me, they feel like narratives, favorite concocted scenes made up from the material I’ve collected that makes sense to me. For the most part, I can remember where each thing has come from: heart-shaped rocks from my daughter, broken clay pipes from Ireland, vintage items from shops visited during road trips, a cast metal head from a flea market in China, a green ceramic incense burner that belonged to my maternal grandmother, a bamboo opium pipe that belonged to my paternal grandfather, a paper cricket from a fair in New England, a horn bowl holding paper robins eggs from New Jersey, an alphabet plate with Pinocchio scribed onto it from Rome…the list is endless! 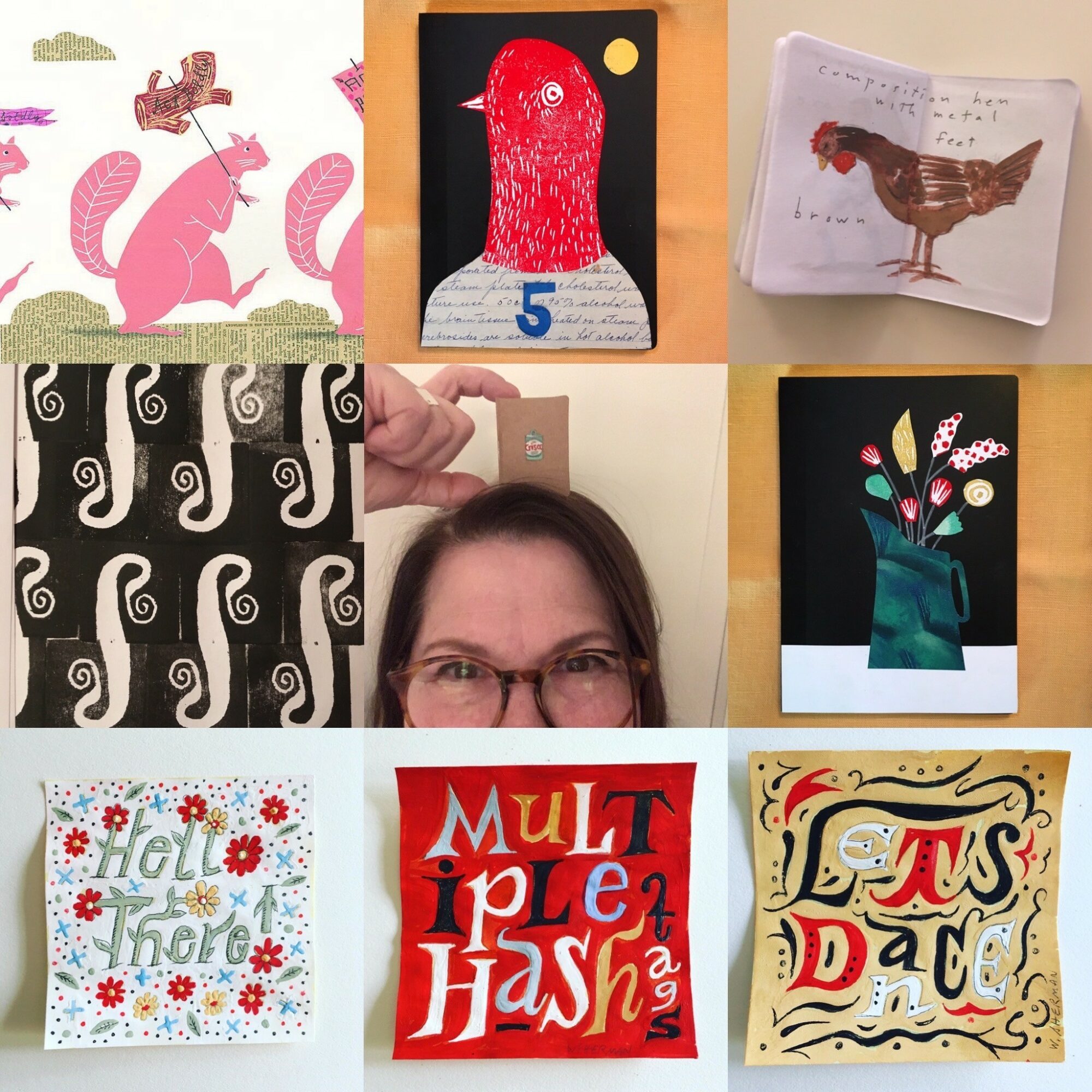 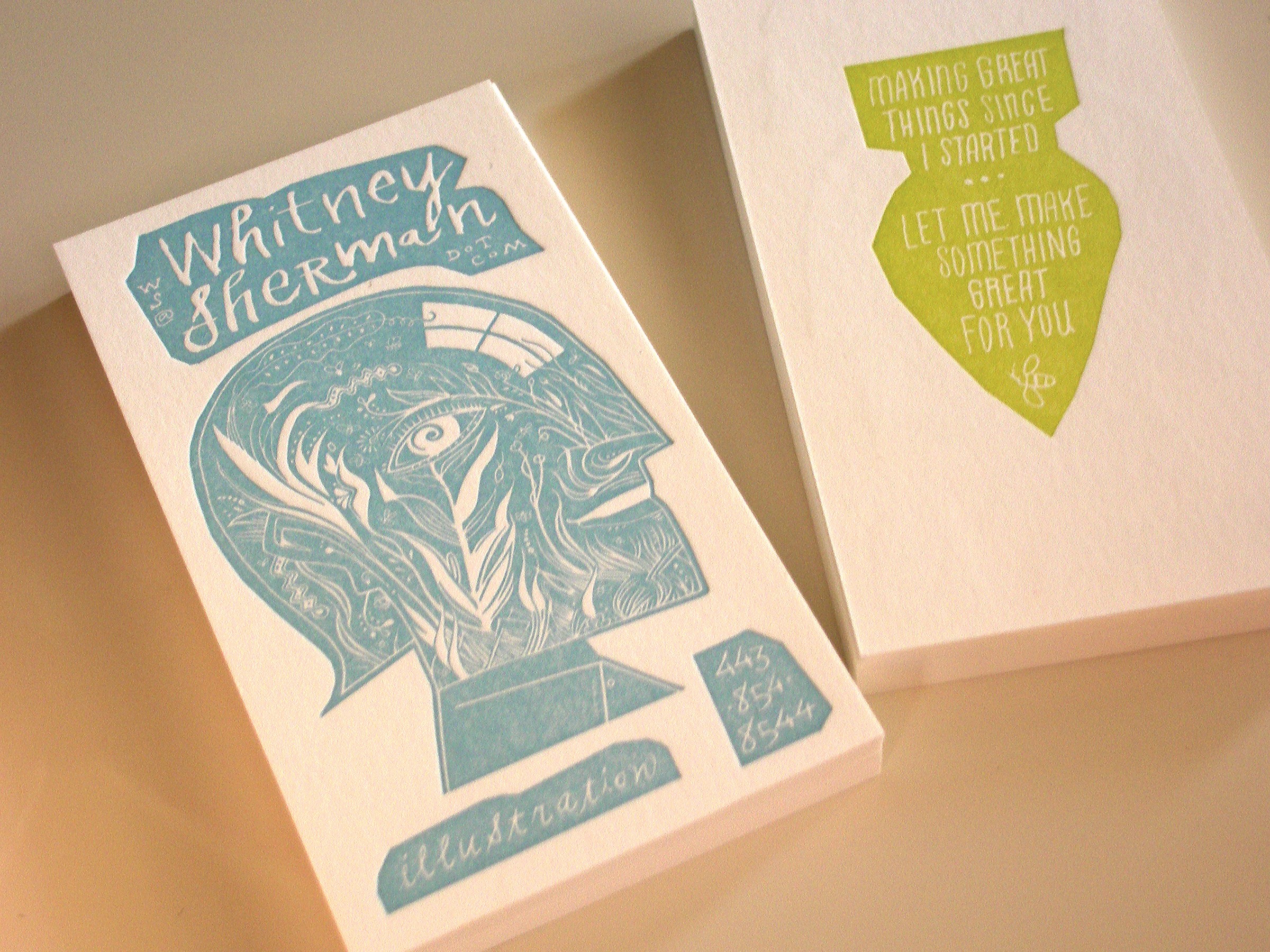 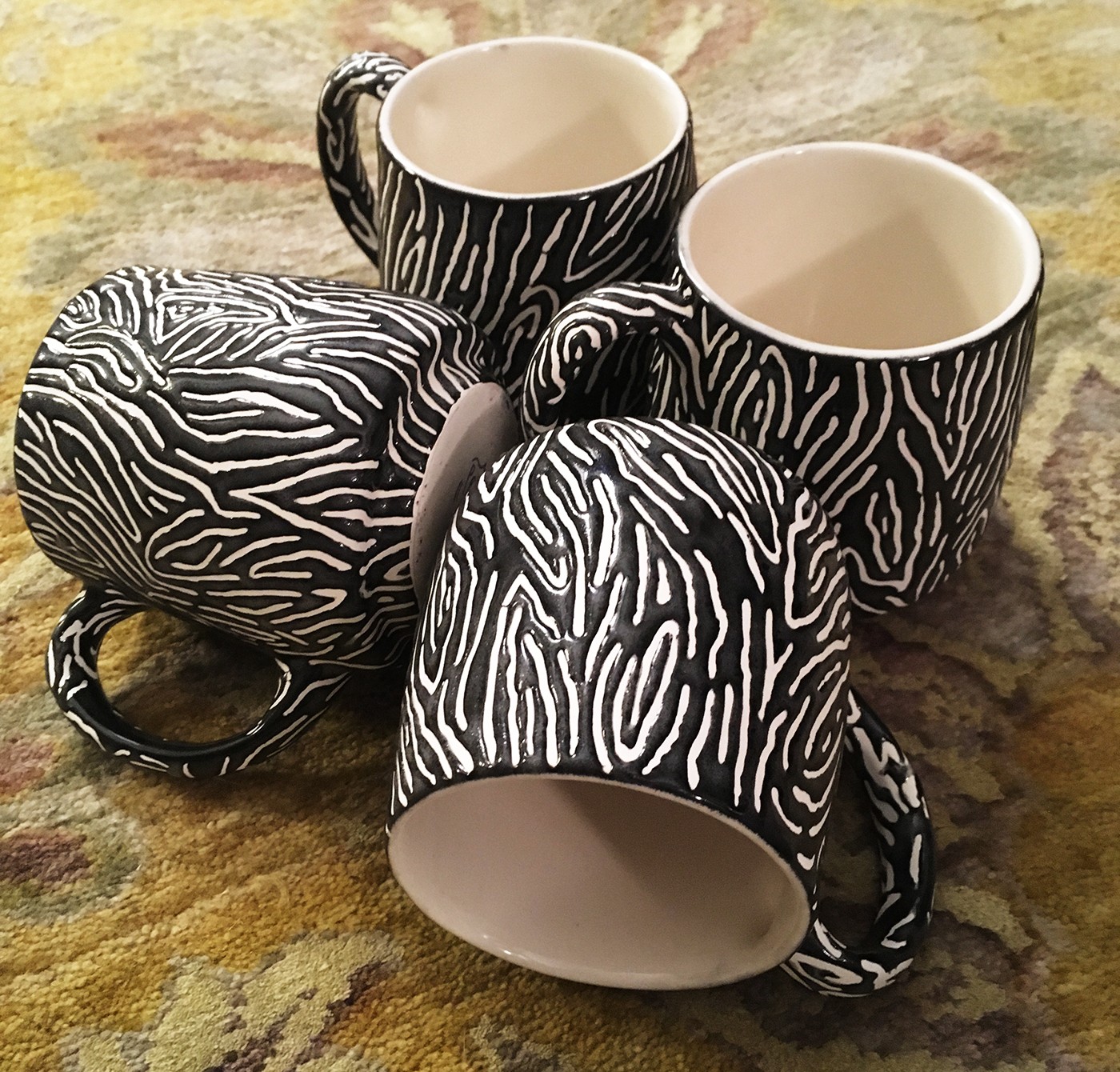 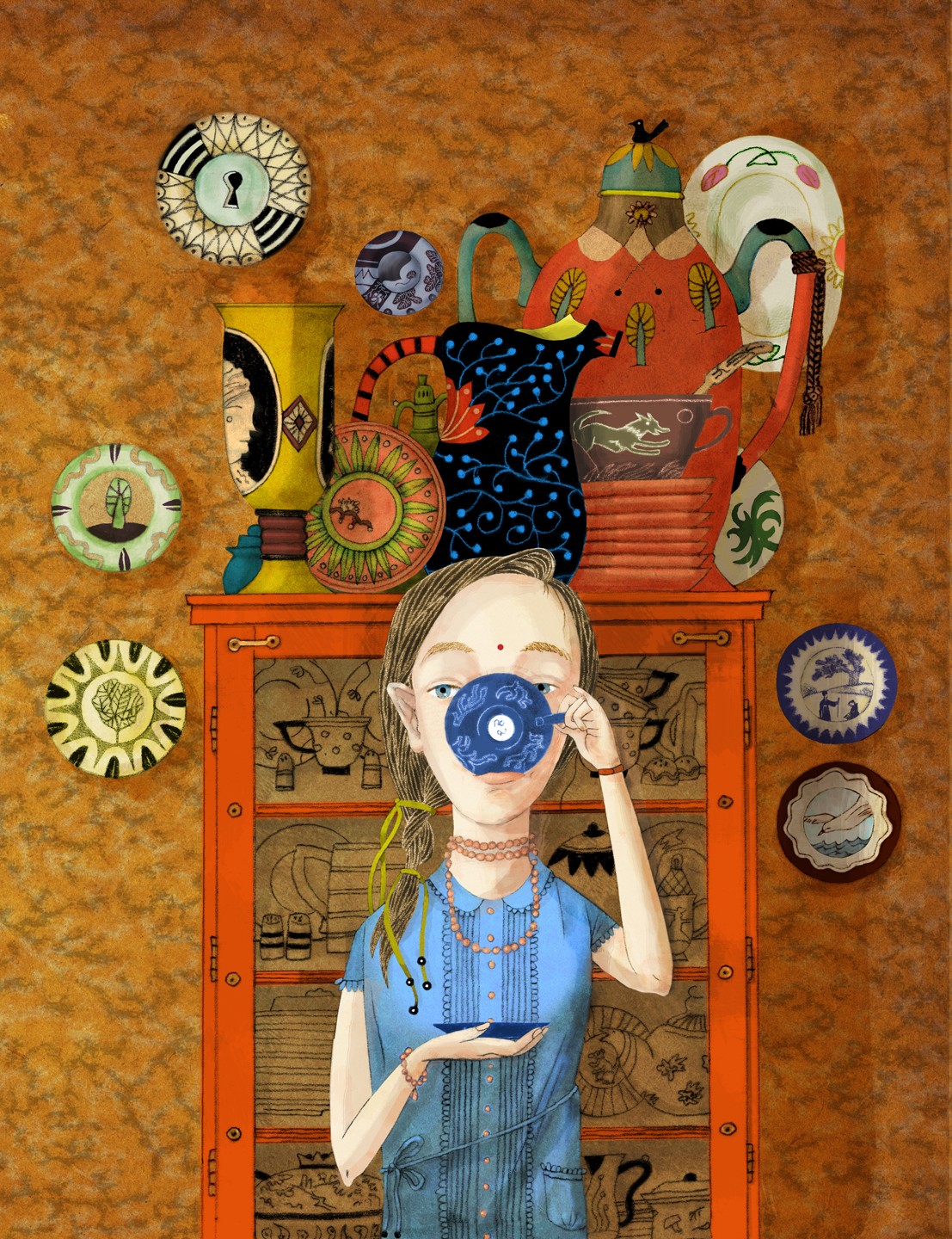 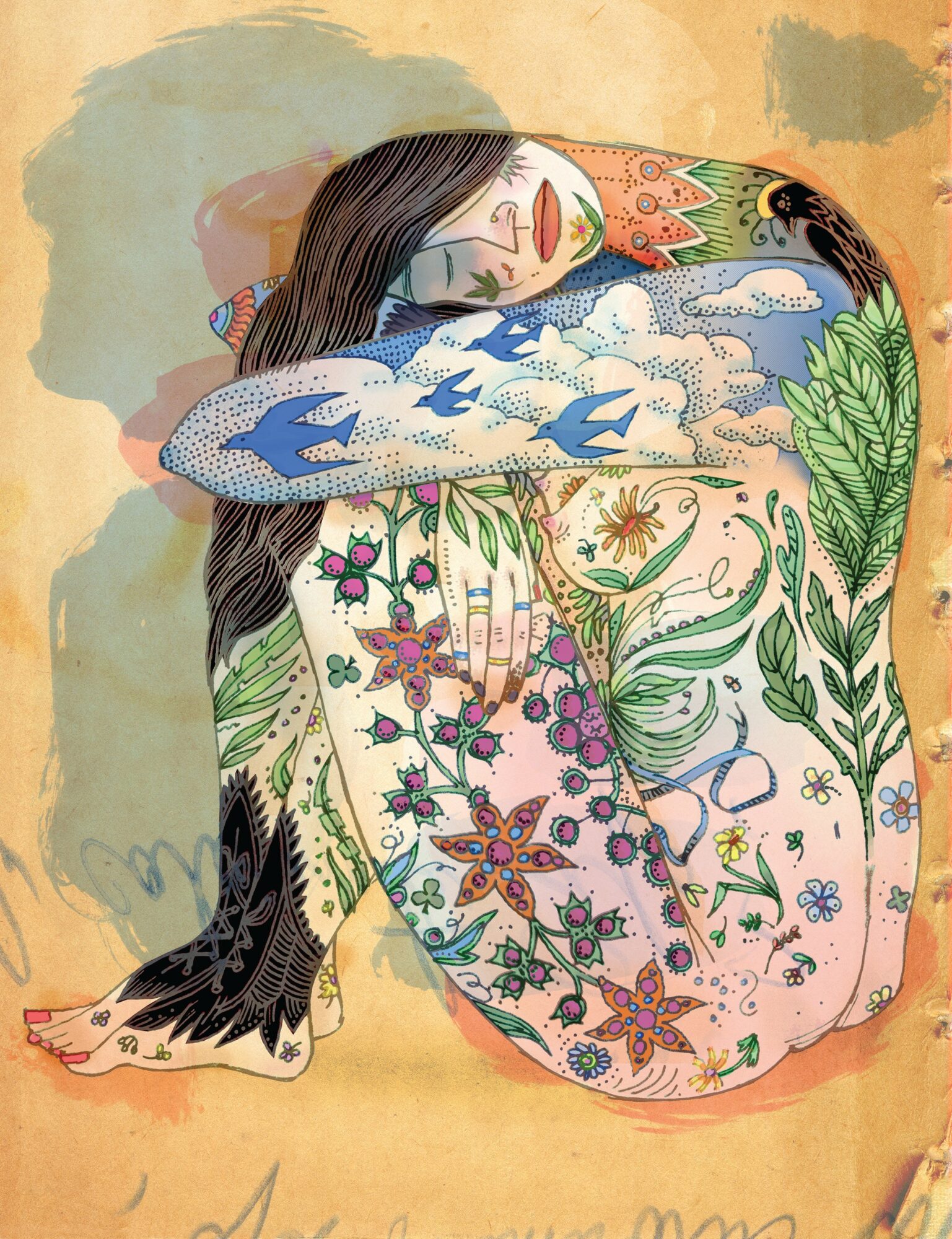 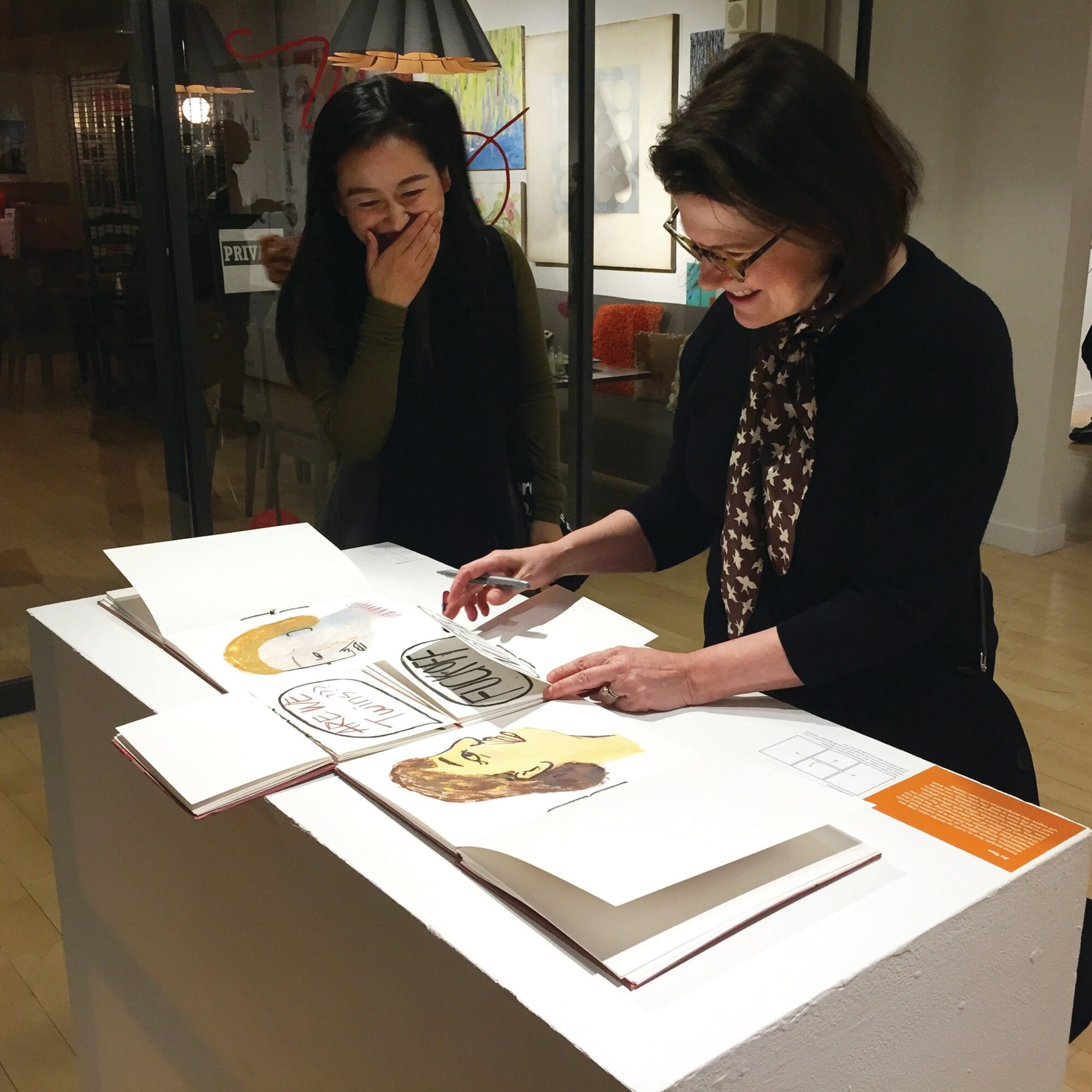 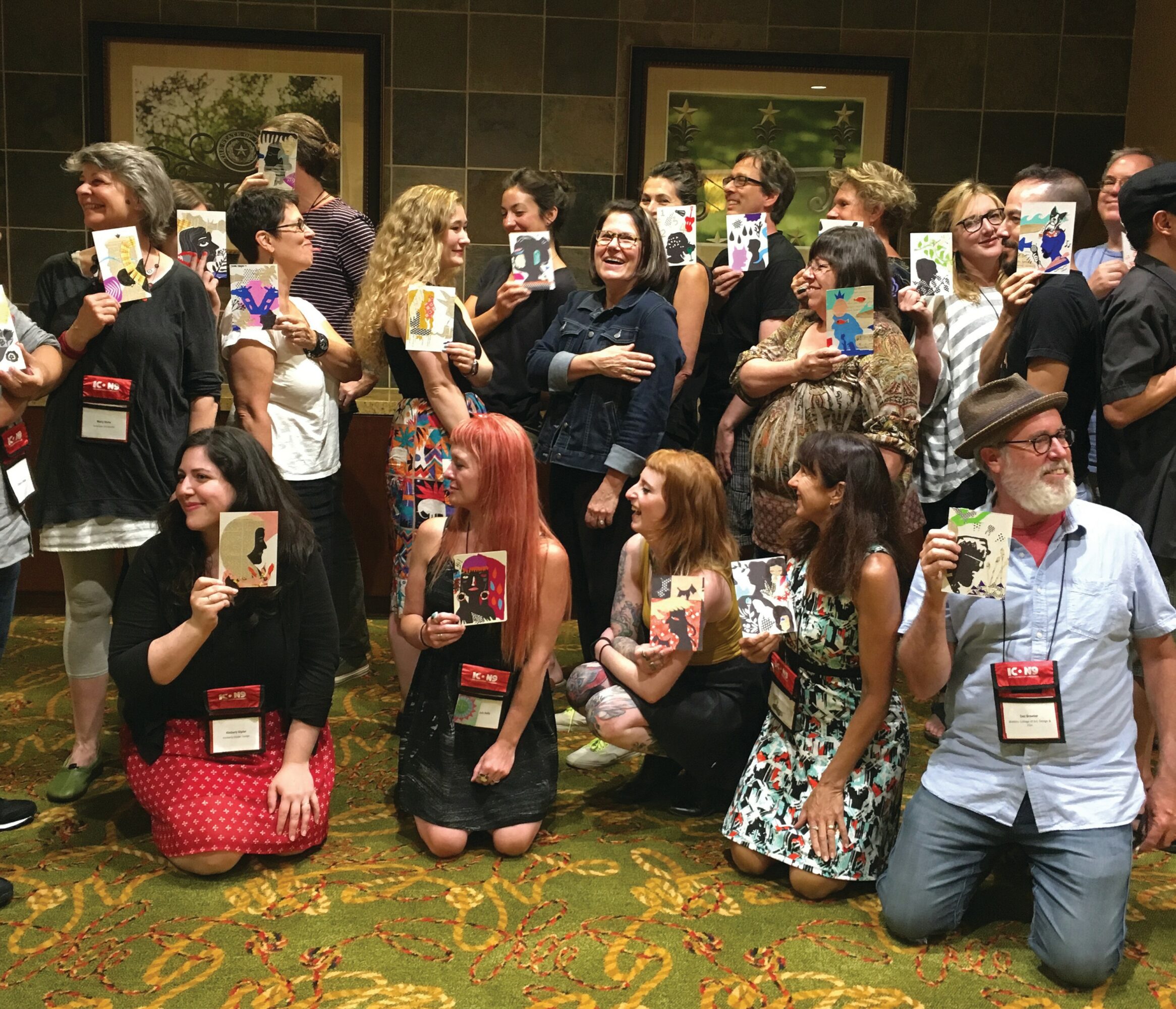