Today we’d like to introduce you to Dr. Anthony Brown. Them and their team share their story with us below:

Dr. Anthony Brown was born and raised in Baltimore, Maryland. The second oldest of four children, he graduated from Woodlawn Senior High School in 1980. He received Bachelor’s and Master’s Degrees from Towson State University.

Anthony summarizes his life in one word – blessed. God began using him in the area of music ministry in 1982. He has recorded and sung all over the world; participating in Gospel music tours in Switzerland, Paris, London, Austria, and Germany.

He was licensed to preach in 1995 and has committed himself to prepare for this assignment. He received his Master of Divinity Degree from the Virginia Union University School of Theology in May 2002. In August of that same year, he was ordained into the Gospel ministry. He received his Doctor of Ministry degree from the Ashland Theological Seminary in Ashland, Ohio in June 2010. His dissertation discussed music’s impact on spiritual, emotional, and relational healing.

He presently serves as a Senior Staff Member/Executive Minister, assisting the Pastor, Bishop Dwayne C. Debnam, with the Church’s overall ministry program. Specific duties include overseeing all marketing activities, facilities, and operations and, program coordination for the Church’s Men’s, Women’s, and Family Life Ministries. Anthony is responsible for the development and implementation of multi-level campaigns focused on empowering and informing God’s people.

In 2006, Reverend Brown released of a Christmas CD entitled, This Christmas. The CD includes traditional favorites including O Holy Night and Have Yourself a Merry Little Christmas, as well as original compositions. The CD is the fulfillment of a dream and is intended to inspire and encourage God’s people during the Holiday Season. Reverend Brown followed the Christmas CD with a CD entitled Dream, which was released in February of 2007.

The song “Dream” has been embraced by local radio stations and persons across the country. Since the release of this CD, Anthony has released a CD of hymns and also recorded a commemorative version of “For Good,” the theme song from the Musical “Wicked.” He has also released live musical DVDs and at least two other special CD projects.

Dr. Brown also serves as the President of the Dream 4 It Foundation, an organization he founded in 2008 to raise college funding for high school seniors. To date, the Foundation has awarded $220,000.00 in scholarships.

Whether preaching, teaching, or singing about inspiring persons through his Foundation, Dr. Brown gives God the glory for everything that has happened and will happen in his life. He and his wife, Sheri, have one daughter, Shamara. He and his wife reside in Columbia, Maryland.

Can you talk to us a bit about the challenges and lessons you’ve learned along the way? Looking back would you say it’s been easy or smooth in retrospect?
It’s amazing when people see me now – speaking, singing, encouraging – but I actually grew up with very low self-esteem issues.

I had two challenges – struggles with my weight and my “singing voice” was a very high tenor which made me hesitant to sing. I hid this gift until I went to college – where, once I came out of my shell it was able to develop and flourish.

My weight has always been a struggle for me – and gratefully – it is one I have accepted the responsibility to consistently address.

Can you tell our readers more about what you do and what you think sets you apart from others?
I work as a Marketing Director at Morning Star Baptist Church.

I have SERVED in this position for 21 years and prior to working here, I spent 14 years working for the State of Maryland in the area of Marketing and Public relations.

I even developed and hosted a television show for the Maryland Transit Administration in the late 90s. Additionally, I am a singer and president of a non-profit Foundation. 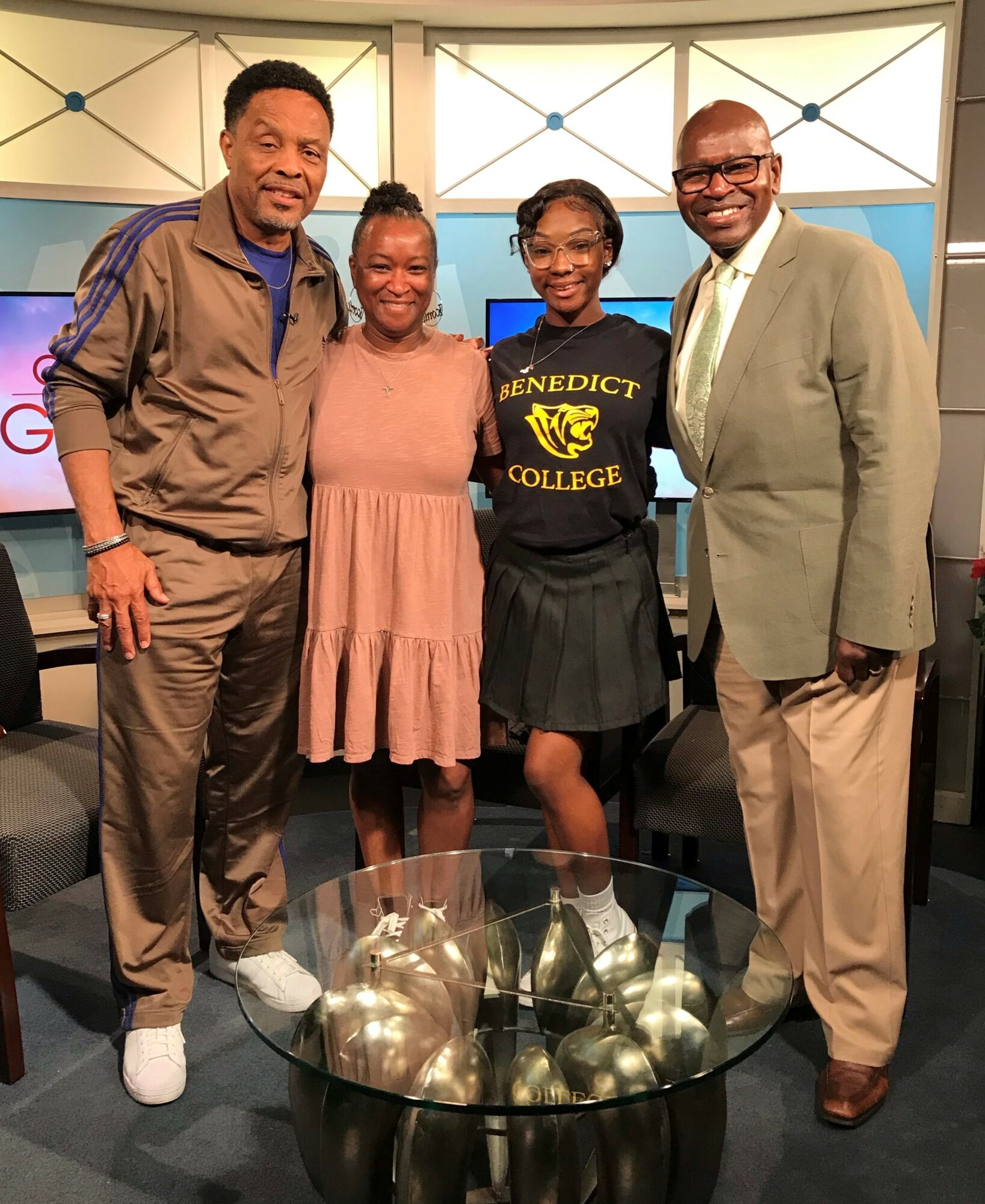