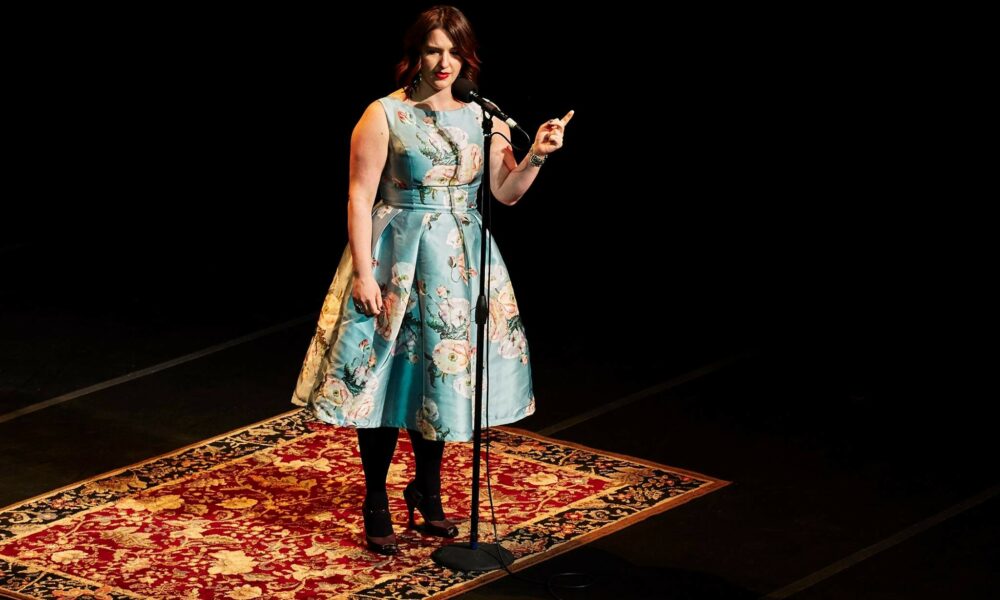 Today we’d like to introduce you to Natasha Guynes.

Hi Natasha, we’d love for you to start by introducing yourself

My story is similar to the ones we hear from the women we serve at HER Resiliency Center, the organization I founded six years ago to support vulnerable young women so that we all have a chance at a self-sufficient and independent adulthood. As a young child, I grew up in poverty Louisiana before moving to Oklahoma. In reflection, it was because of the poverty that the abuse and neglect that my sister and I endured as a kid went unnoticed. My dad was a drug addict who beat us, and my mom, who had me at 17, left me and my younger sister to go to school. There is defiance that comes with growing up with such levels of trauma and victimization, it’s pretty textbook where you end up.

As a kid, I wanted to be the President of the United States, so DC became a lure for me. It’s interesting though – no one in my family had provided opportunities to know about politics, when I had my first fantasy of being the President. At 20 years old, I told my parents I was going to move to Washington, DC.: at the beginning of a week, I bought a plane ticket, and at the end of that week I was in DC. When I left they told me not to call them again. That was okay, in my defiance, I was prepared never to call – even when I couldn’t afford rent or food.

While I didn’t have the best mom or dad, I wasn’t prepared to handle the beast of Washington, DC on my own. A neighbor suggested that I call an escort service, as she described me as “young and cute.” That phone call eventually led to me picking up a crack pipe and drinking alcoholically. The drugs and alcohol almost killed me, and about a year later I was living in a homeless shelter. I didn’t know at the time how much emotional baggage and shame I would carry with me because of selling my body at 20 years old. I was never arrested, but rather the stigmatization and reputational impact.

Fortunately, 20 years ago this month I got clean from drugs and alcohol through Alcoholics Anonymous. I started attending AA to escape the wreckage that I had created within my life. The people that I met were kind to me – it was one of the first times that people in my life were kind and only wanted to see me take care of myself and be healthy. My community of AA raised me. When the men and women told me that they would love me until I could learn to love myself, they did it — they put action behind it.

AA’s peer-based, action-oriented model led me to found HER Resiliency Center six years ago. Support and community are the essence of the culture at HER. Yes, we help the women we serve get jobs; we help them go to school; and we can help them find housing — but we found that if they don’t have connection and attachment to the world, they’re not going be able to maintain any of those things because they don’t have a purpose. The women of HER may not have a substance use problem, or be experiencing homelessness, or are being sexually exploited, but they are looking for a community they can trust and turn to so that they aren’t struggling in solitude, or feeling the need to solve their problems alone.

I’m technically the first success story of the HER model. I went to college, served in AmeriCorps, worked for the former United States Senate Majority Leader, Harry Reid, and three other United States Senators before leveraging all my contacts, my little bit of money, and my reputation to build HER Resiliency Center. With that, I built a community of women supporting women. Really, the essence of this leap of faith and service was knowing that if I didn’t share what was so freely given to me by my AA community, I wasn’t truly living my purpose. That realization was the first step on my journey to starting HER. I had to get comfortable with my own story – my own secrets – and connect on a human level with other women. This is when I realized how much I aligned with those we serve and came to recognize why voices like ours matter.

Six years later, as I’ve continued to grow and have done a lot of trauma therapy myself, I realize that the use of my story – the “bad” stuff, the sensational stuff — is not where my responsibility to the organization or more importantly, the women, ends. It is now my responsibility to show the resilience of an individual who, with a positive community and the proper tools, can navigate the world as a whole person and not just as a person who is defined by one part of her experiences in life.

We all face challenges, but looking back would you describe it as a relatively smooth road?

F*** no! It wasn’t a smooth road – not at all! When I started HER, I had flashbacks. I was nearly 14 years clean and sober, had done a lot of therapy, and had a successful career — all of which implied a level of emotional and financial stability. But I hadn’t learned, yet that my own childhood trauma was at the root of my mental health stability.

Trauma – complex trauma that is constant – is without a doubt the most overlooked element of the lives of the women we serve. Almost all the women we serve have endured trauma –  physical, sexual, and emotional abuse; neglect and abandonment; or worse, gaslighting when the women are told that they caused or chose their trauma.

As the leader of HER Resiliency Center, one of my greatest frustrations is with people in positions of power – especially policymakers and elected leaders at all levels – who create policies with good intentions but without a real grasp of the real life impact it will have on the lives of people they will never meet. They don’t generally understand trauma: they don’t understand its impact, that it is held in the body, and that there are no “magic bullets” in recovery from trauma. I get riled up when policymakers take the easy way out rather than looking at sustainable change. Take some of the currently fashionable discussions around sex work – policymakers say “of course, if she wants to sell her body, she can go do that” and then turn their backs – failing to take in the differences between sex work and sex trafficking or the long-term impact of the lifestyle on women’s physical and emotional health. Things like that really upset me because these policies make it more difficult for us to best support the women we serve at HER Resiliency Center.

And to top that, I’ve learned that the bureaucratic environments that I now navigate aren’t prepared for the “scrappiness” that comes from being a survivor. I think that’s a roadblock for all the women we serve who are gaining their voice and are ready to use it.  My goal is to do as much as I can along my journey so that others have an easier way. And that reinforces even more why it’s important that I keep showing up. I must keep working to elevate my own voice and that of HER – so that the women we serve have voice. Our voice is how we find and maintain our power.

We’ve been impressed with HER Resiliency Center, but for folks who might not be as familiar, what can you share with them about what you do and what sets you apart from others?

HER Resiliency Center supports all women and serves women ages 18-25 in Washington, DC, and Baltimore, MD, regardless of race, class, and background. HER encapsulates a multilateral, holistic, and individualized approach – which is needed when combating substance use, homelessness, and survival sex. No two situations are identical and HER recognizes recovery, healing and empowerment is an individualized journey.

At the root of this, we provide support in unconventional ways – think of it as, what would you want for yourself, or your sister? As a result, we continue to see the lives of the women we serve change in drastic ways.

What matters most to you? Why?

Voice. As I said earlier, our voices are how we maintain our power, so my voice and the voices of the women we serve are critical. No one can just give someone their voice, but rather we must support each other in becoming empowered to access it. It’s not about doing something “for” a young woman – it’s about being vulnerable in ourselves to take the journey “with” her until she takes hold of the tools needed to access her empowered voice, and ultimately her empowerment. In my world, I hear the word “empower” a lot. When we’re doing something for someone, that’s not empowerment. I think the hardest thing is being prepared to be vulnerable so that we can create sustainable change in the lives of women in our country. Where we start in life, isn’t where we have to end up. Having our voice – and knowing that it can bring power and change to the world – is an incredible place to be.

For myself, the women we serve at HER, and women everywhere that I will never have the honor of meeting – I want to say, our trauma, our stories, our secrets – they don’t have to limit us. Not every woman needs to write articles, do interviews, or give speeches about her experiences but she does not have to be limited by them. When the time is right, she will harness all that power inside, and in that moment – use it to bulldoze through all of the fears that tell her she can’t.

This is an exact reason to why it is important to have a community around us, as one of the largest factors of a resilient individual is their community. People can’t pull themself up by their bootstraps – they will literally fall on their asses. We can’t do things alone. 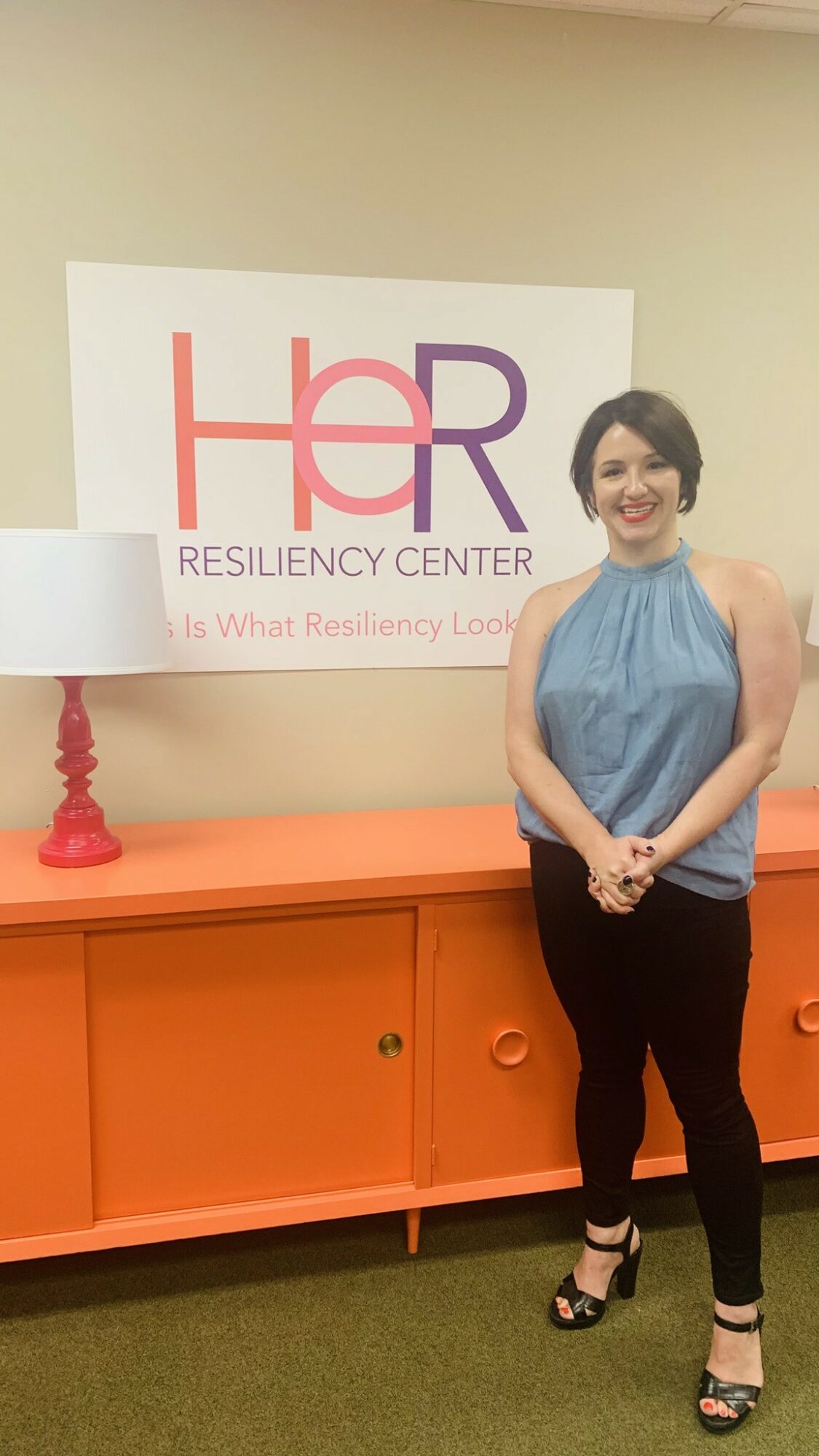 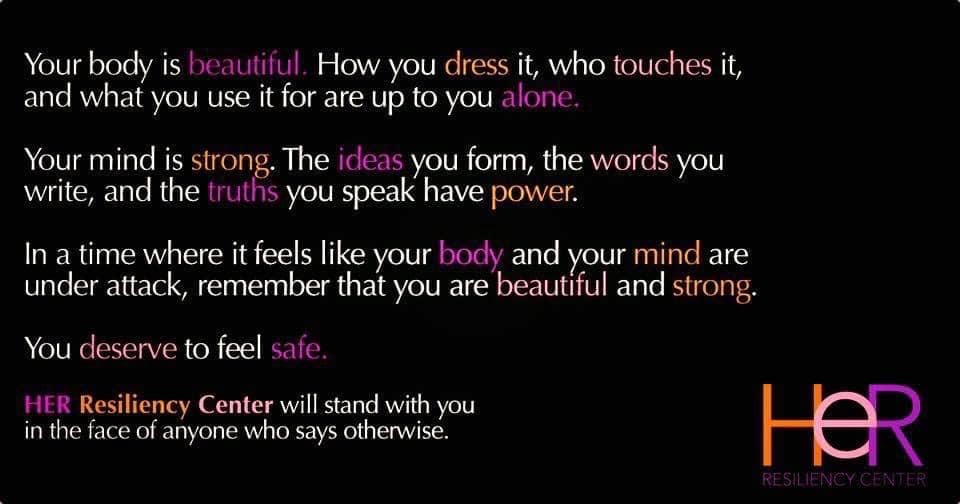 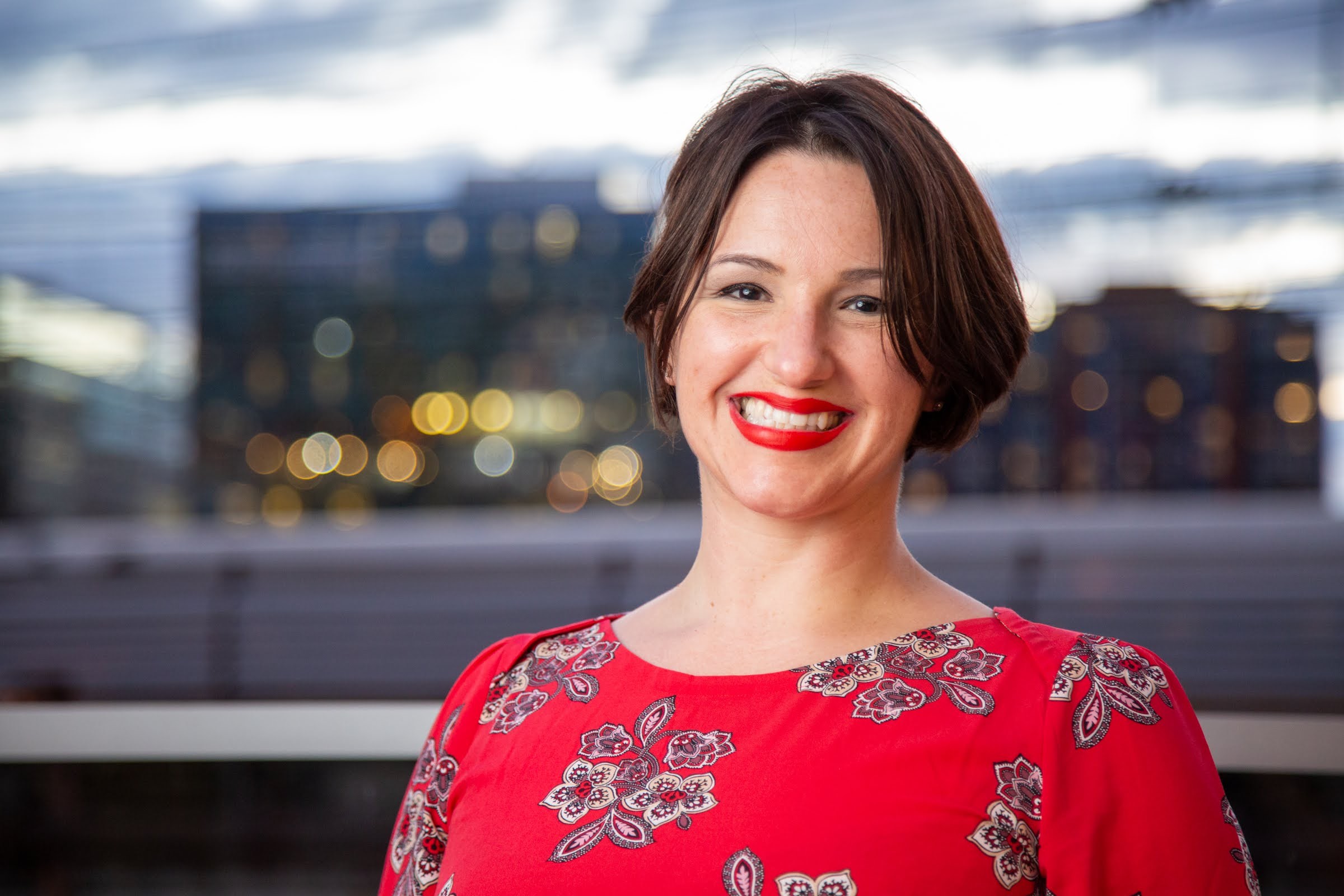 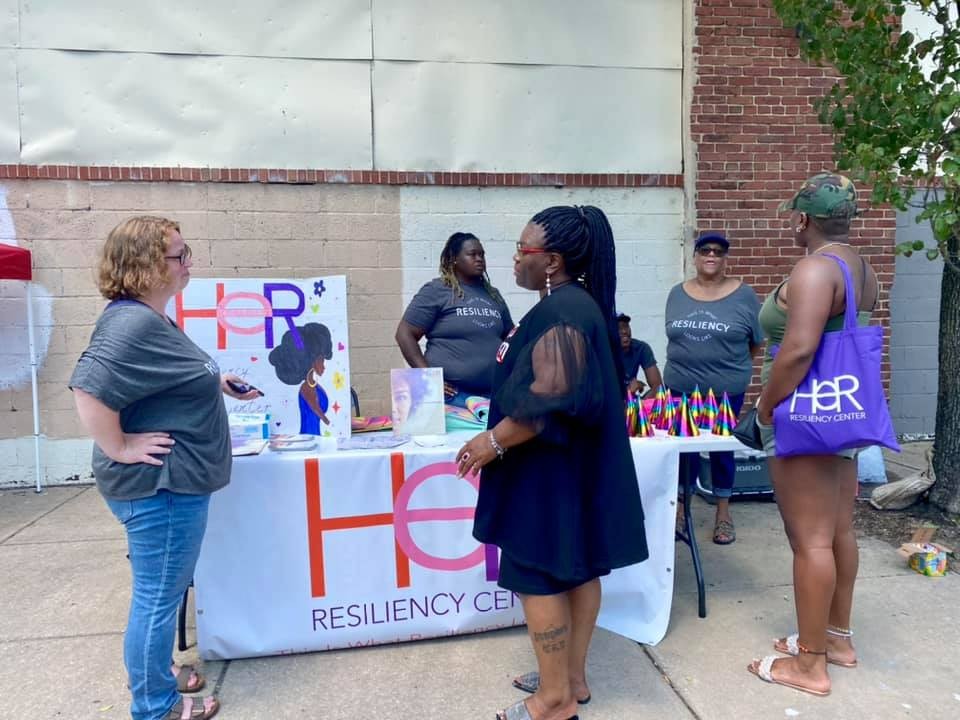 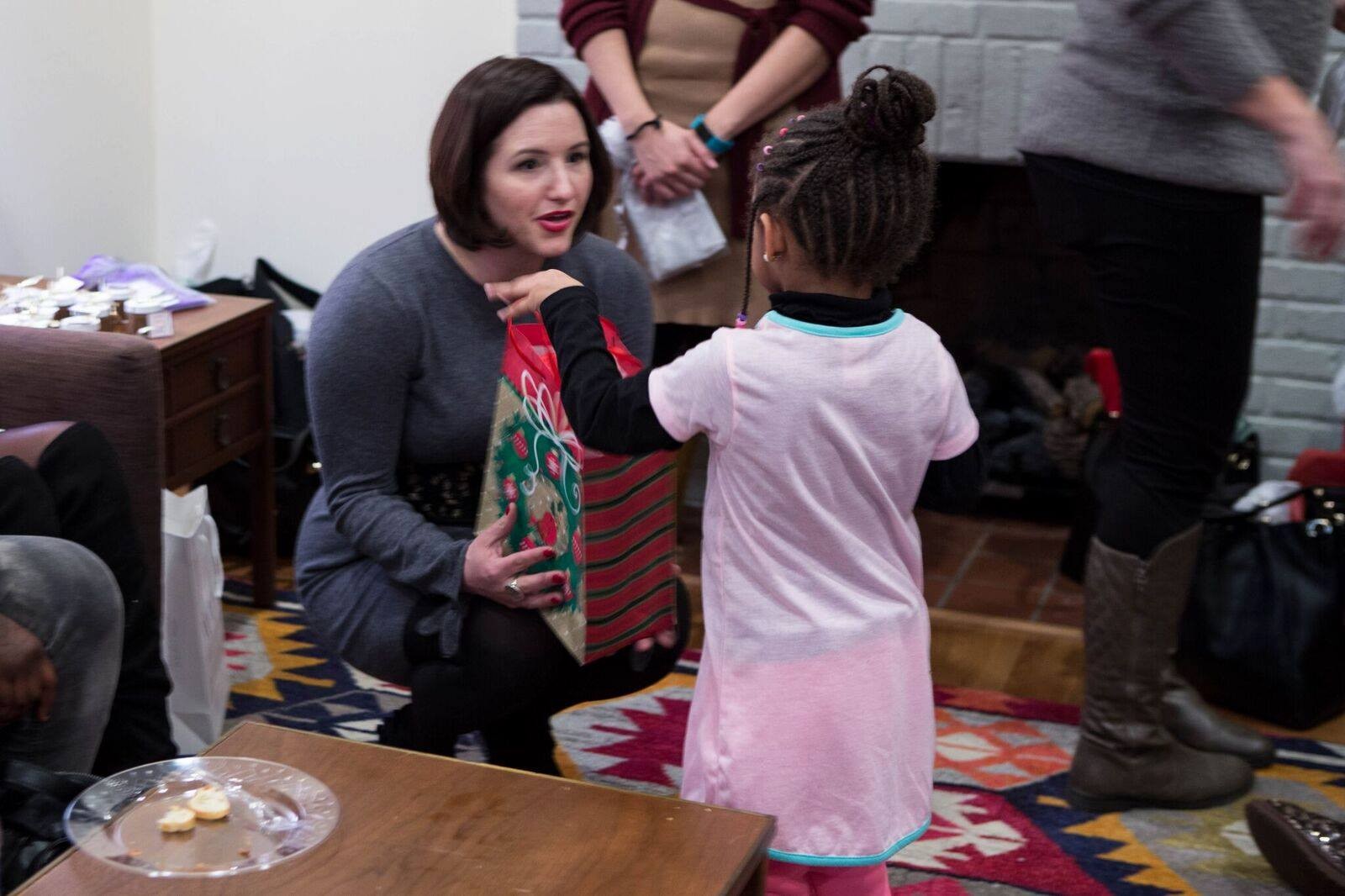 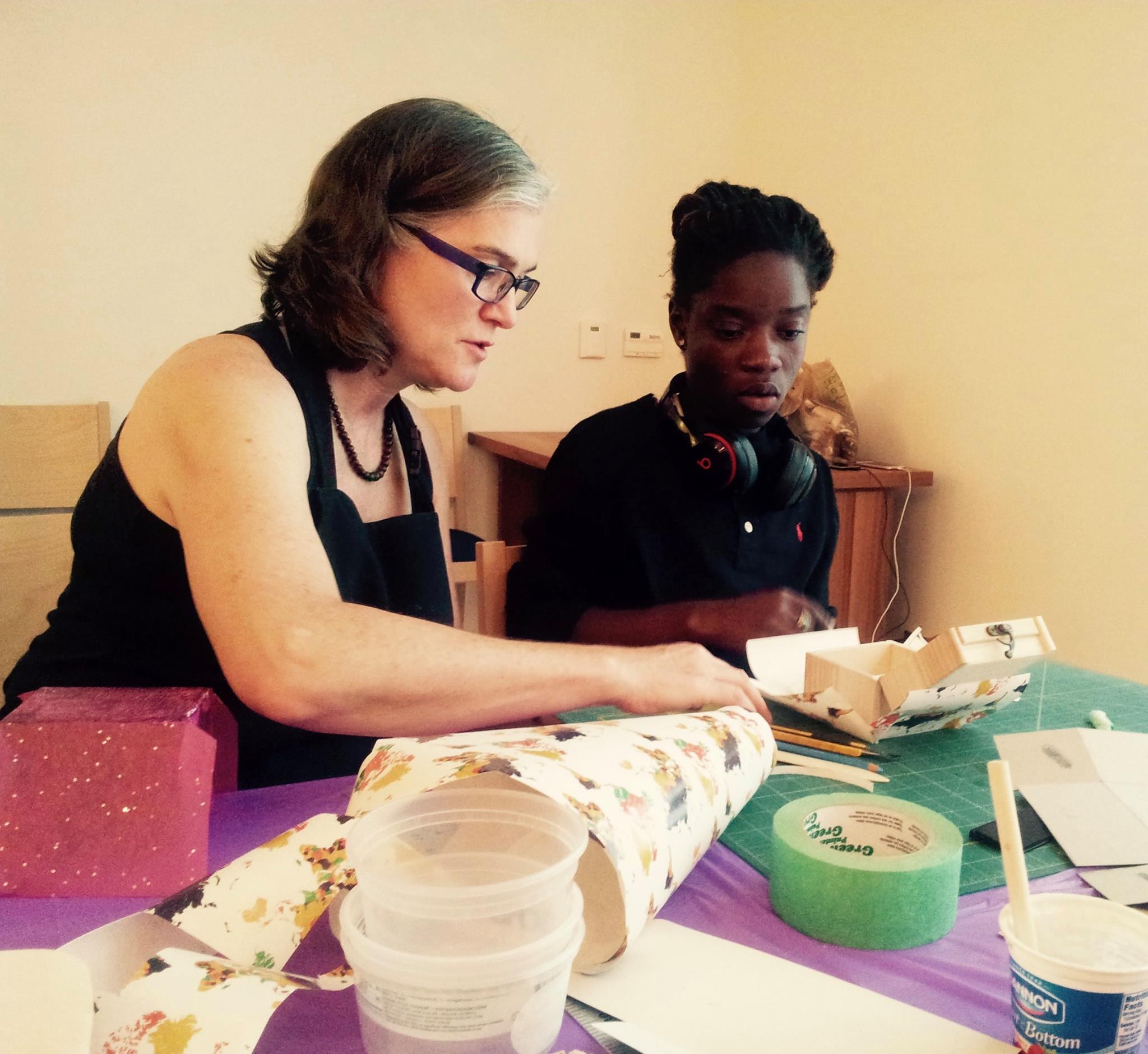 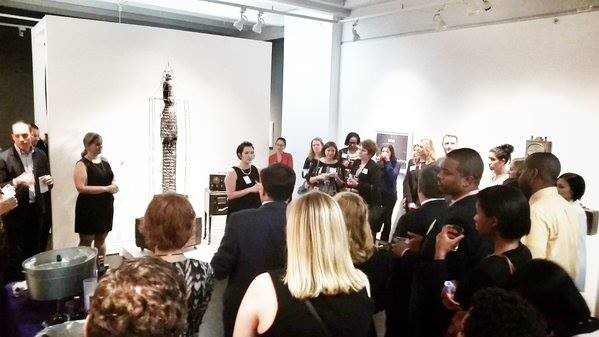 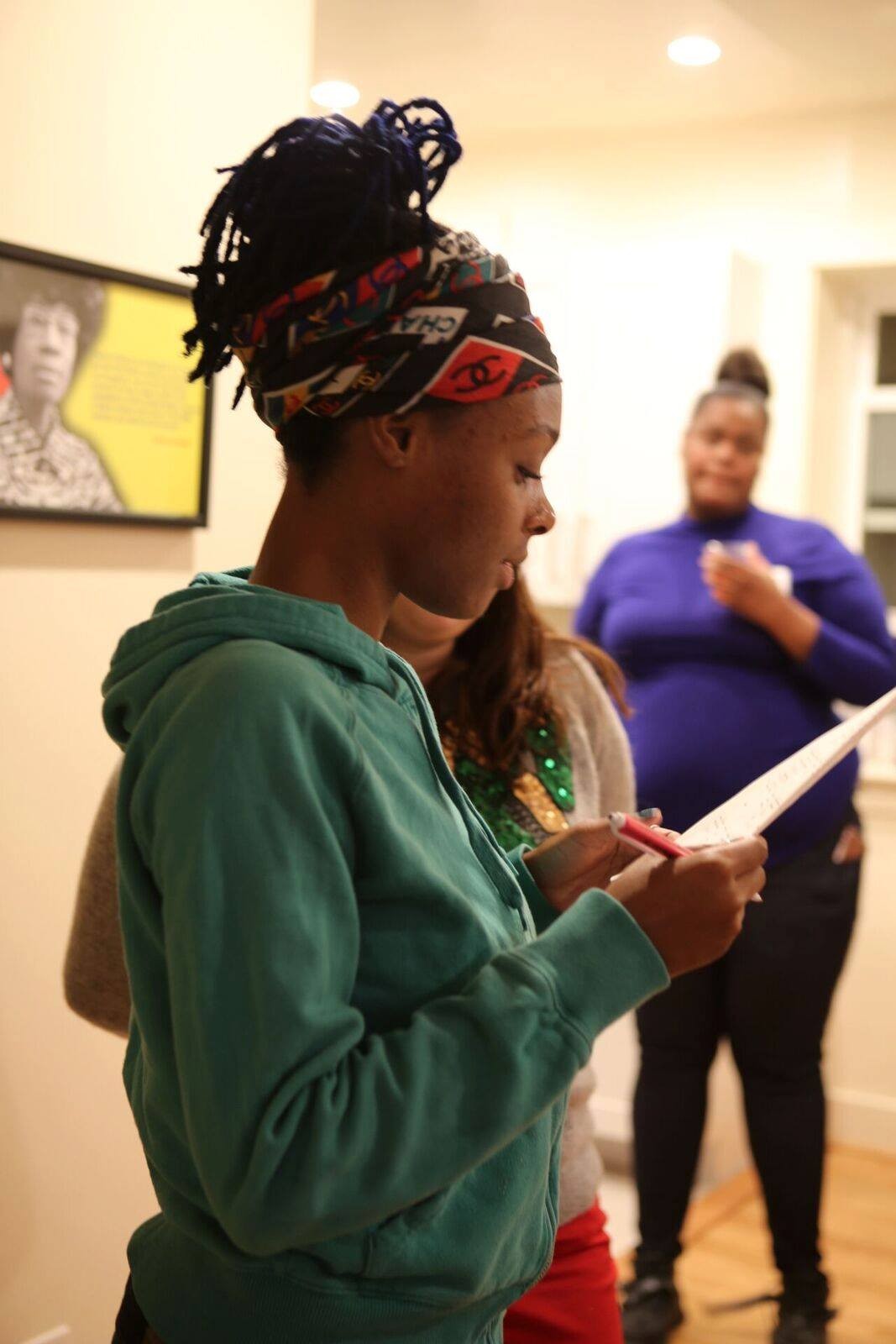