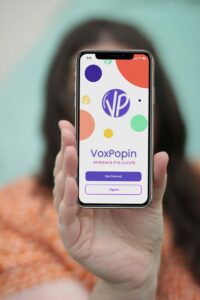 Today we’d like to introduce you to Lauren Solomon.

Hi Lauren, so excited to have you with us today. What can you tell us about your story?
Before VoxPopin, I was teaching at a high school in Indonesia. I became incredibly sick and had a seizure. Despite going to the hospital and insisting it was parasites, the school was convinced that I was possessed by a demon and I was quickly fired. As the job hunt began, I found an ad that caught my eye: “Are you a teacher? Do you love to travel? JOIN THE CIRCUS!” And so, I ran away and joined the circus.

Between my lesson plans, I couldn’t help but be inspired by the environment around me and I started sketching up digital products that I felt were missing from our culture. I approached a clown with my idea for VoxPopin and he looked over his big red nose and said “If you aren’t going to do anything with your ideas, you should stop having them.” It then hit me that I could never stop having ideas and if I truly believed in this idea, I had to get moving. So, I ran away from the circus and joined the General Assembly Bootcamp for UX Design. I have been working as a UX Designer, working for companies such as Marriott, T. Rowe Price, and PayPal ever since.

Alright, so let’s dig a little deeper into the story – has it been an easy path overall and if not, what were the challenges you’ve had to overcome?
Nothing about this journey has been smooth. Stepping into the startup world opened my eyes to the fact that I am a woman and I am also a CEO. Those two categories are not often put together. Before I even had meetings with investors, I was automatically disqualified from the conversation. I was once told by an investor “We invest in the founder, not the product”, which in code means “If you’re not like us, we won’t invest in you”.

If you’ve ever read Changing Tides by Jennifer Leblanc, you’ll know that “only 2.2 percent of funding” from venture capitalists goes to female founders. Even though “female-led companies are, by and large, more successful than male-dominated”. The system itself, like many systems in the United States, skews towards white cis-gendered men. This has to change.

Despite the many hurdles over the past two years, I found an incredible group of women who are just as hungry to change the world as I am. One of my interns was told by an employer “Now that we’re remote, you can’t get me a cup of coffee, so what would be the point of hiring you?”. She’s currently working to get an MBA.

As you know, we’re big fans of VoxPopin. For our readers who might not be as familiar what can you tell them about the brand?
VoxPopin is here to end the great political divide by bringing order to the disorder of social media. People post to their social media about their political opinions and concerns every day and they don’t realize the potential behind that. If we as a society could get the on-ground issues to the local leaders in an organized way, real change might actually happen. Within VoxPopin you’ll post your video, swap ideas, and advocate for change. We find others that agree, and we bring it to your leaders. We hold them accountable for responding to you and directly addressing the people they represent.

We are putting power behind your content. When you look at each other and your leaders, we want you to see beyond red and blue, and embrace the purple.

VoxPopin works by users creating a “pop” or a video post, and by tagging their local politicians, they are creating a conversation. This video is released to others that are represented by the same politician and they are able to vote up or down. With enough votes, the video gets posted to the politician’s profile for response. Shortly after, the same video is sent to the candidates running against that politician and they are able to respond. We’re holding politicians responsible for getting back to the people, and enhancing the flow of communication of the people.

How do you think about happiness?
My whole life, my mind has been filled with ideas. I always used to say, “I wish I could make money off my ideas”. On my first day as a UX designer, I saw a sign that read “Welcome to the Idea Factory” and I cried. Every day, I work on VoxPopin and the design, I am happy. We all have value and deserve to be heard. Finding my voice, and providing a space for the people who work with me to express their voice, is and endless source of happiness for me. 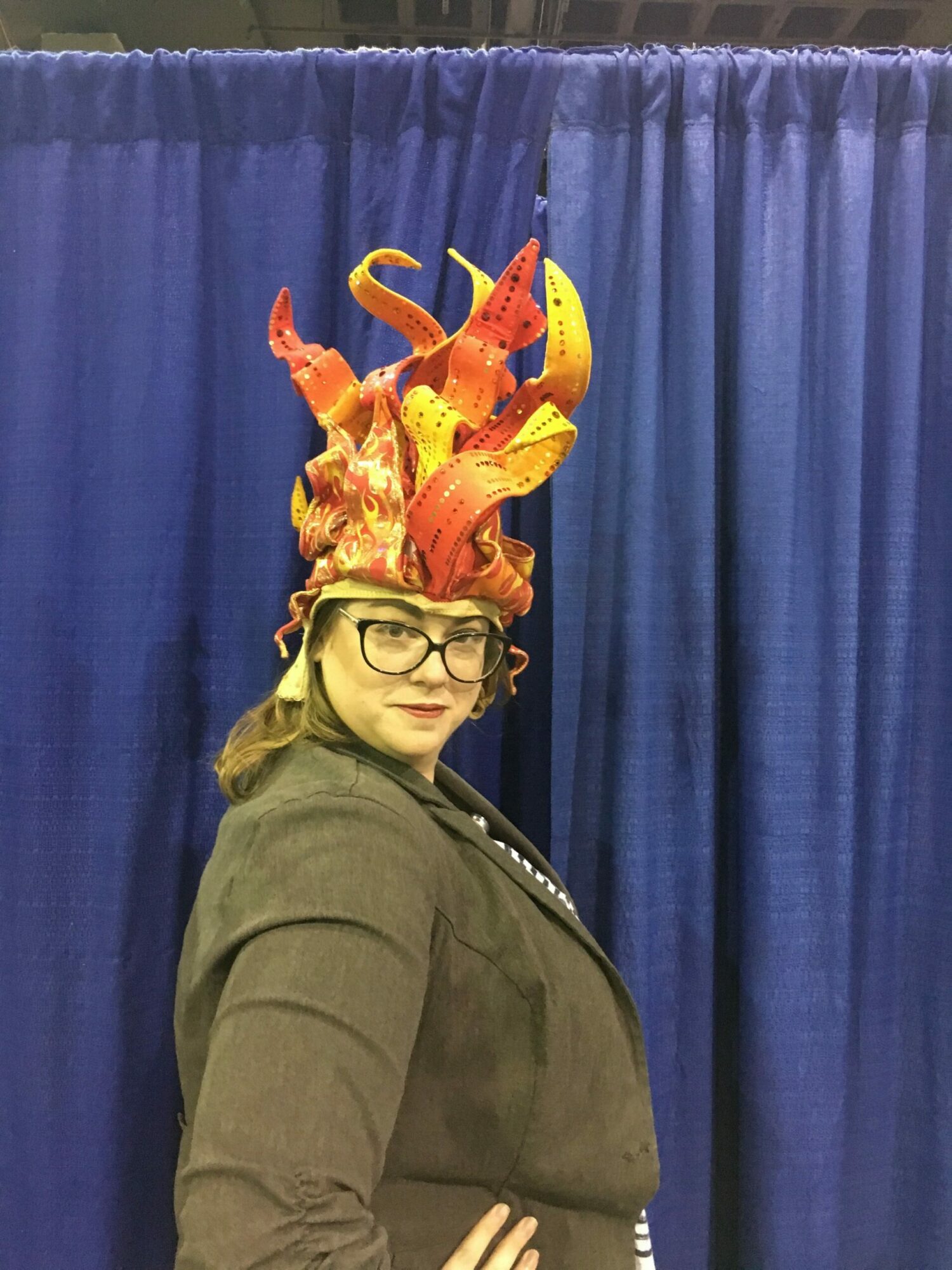 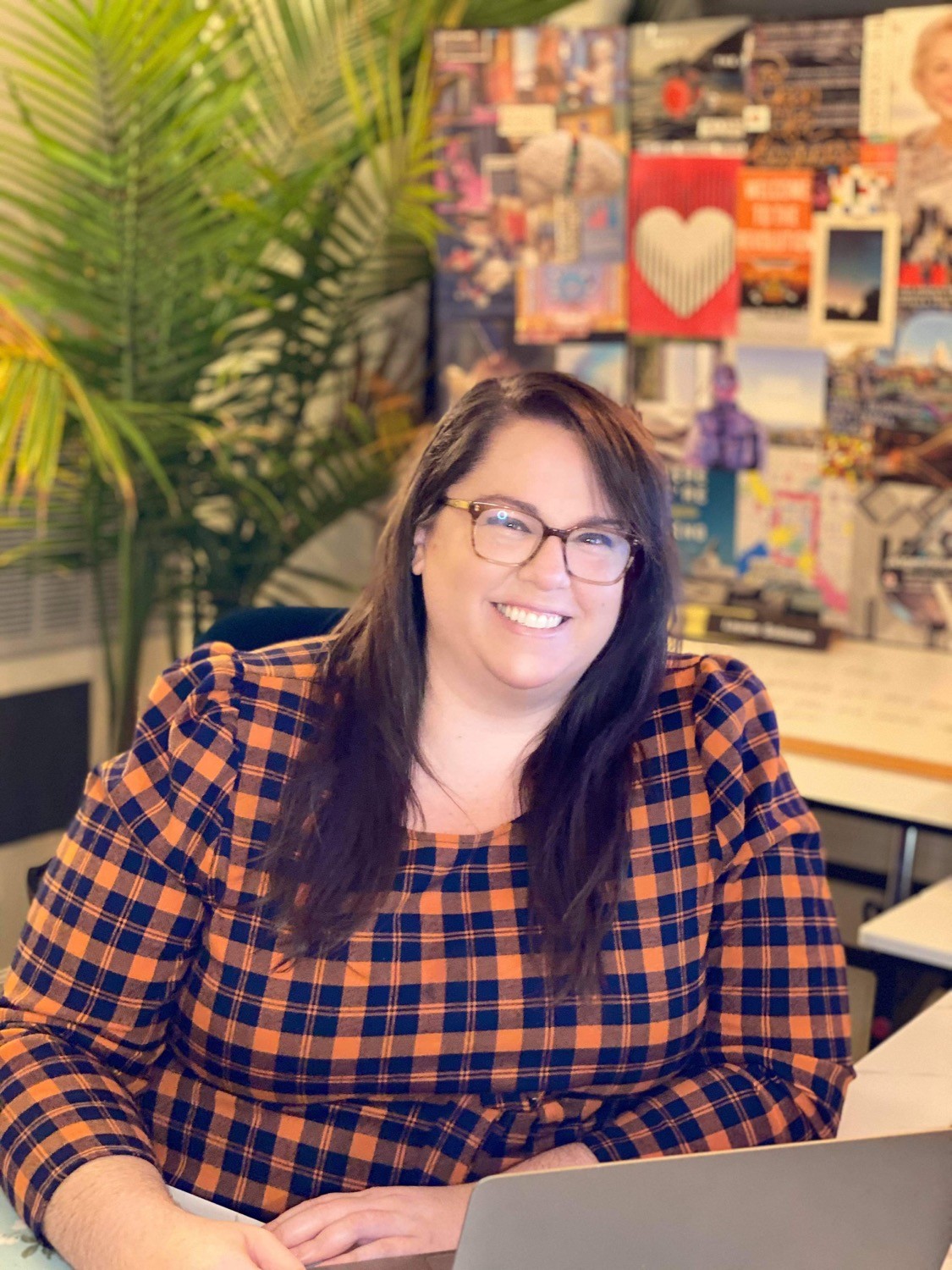 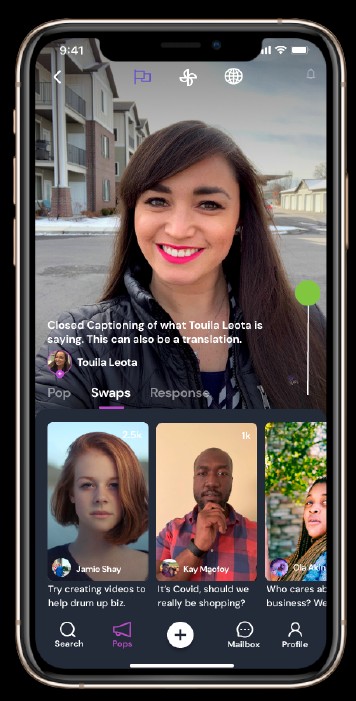