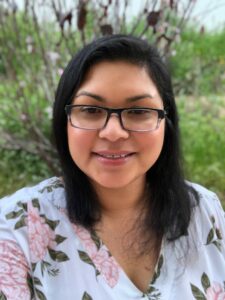 Today we’d like to introduce you to Dali Rivera.

Hi Dali, we’d love for you to start by introducing yourself
I came to the U.S. at the age of 7-years-old and I was bullied almost as soon as I began school. It was already hard enough having to adjust to a new lifestyle. So, as I was growing up in the U.S., I believed that perhaps I had experienced bullying because I was an immigrant kid who had to learn the U.S. way of life.

However, I later learned that anyone who is different could become a target. I also thought that confident kids could not get bullied. Well, I was very wrong about that too because years later, after I had married and had children, my husband and I had to advocate for our child who was then 5-years-old because she was being bullied along with other kids.

She was very confident, outspoken, and fearless. But another child her age was being bullied by his two slightly older brothers and he made her, and other kids their target.

I was in disbelief when the school principal told us that she had to follow certain protocols before suspending the boys from school or from the school bus they shared. After the boys had kicked her and done other things to her and other kids, the boys got nothing more than a scolding. So, that catapulted me into educating myself about those protocols, policies, laws, and anything related to bullying. I wanted to figure out how to help get quicker results to keep my child and others safe.

That’s when I began sharing what I learned with other parents and eventually it all evolved into workshops. From workshops, I turned them into a series of online courses and even a workbook for parents to learn how and what to teach their kids about bullying awareness, prevention, and more.

I’m sure you wouldn’t say it’s been obstacle-free, but so far would you say the journey has been a fairly smooth road?
Being a business owner is not for everyone. There was a time I believed entrepreneurship was not for me. However, my desire to share the knowledge that I have to help parents learn how to help their kids and keep them safe challenged me to just go for it.

The beautiful part of being a business owner is that it really allows you to see your potential and you amaze yourself after you’ve learned and applied something in particular.

For example, as business owners, most of us start out without any funds or experience. So, we have to ask a lot of questions or find answers in creative ways. That’s not always so easy.

It’s been bumpy, but honestly, the hardest part for me has been using certain tools to deliver my offers and services. There’s a lot of learning that goes on, especially with software and online tools.

I’ve had to figure out how to use social media properly, how to use tools like Canva, iMovie, WordPress, Kajabi, MailChimp, Airtable, Buffer, DSLR cameras, and much more.

For some people, these tools might be super basic, for me, there were tools that I would have never had a need for if it weren’t for running a business.

Another challenge has been learning to embrace every rejection not because I didn’t make money, but because it’s disappointing to hear representatives of schools tell me that they don’t think that their parent communities would be interested in learning about bullying education. It’s hard to hear this because they immediately assume that parents don’t care for this information without even asking them first.

There are so many parents that are aware of bullying at their children’s schools and of cyberbullying and they do want to know about what they should be learning to prevent their child from becoming a victim.

When schools don’t show any interest in helping parents get this type of information, the parents can feel like they’re on their own and that schools only care about their end. Parents want to be on prevention mode, not bullying management or advocacy mode because they know that waiting until something happens to their child is not smart.

Another struggle I’ve had is learning how to reach out to parents and school representatives online. Before the pandemic, I would approach them in person. It was so much easier to make that connection.

Fortunately, I was already developing my online courses before the pandemic to offer them to parents because going to the schools can be time-consuming. There are a lot of hurdles to jump over when working with schools and closing a sale can take time due to their financial schedules or approval timelines. Since so many of them decline to take my offer before asking parents if they would want my services, I decided to go straight to the parents.

Despite all of the challenges I’ve had so far, the struggle is worth it. I meet so many parents that tell me they wish I would have been around to help them or their parents when they were being bullied. Many parents even ask me to teach them how to tell if their child is the bully. Parents do care about this information and they do want it. So, that’s why I am trying to reach out directly to them and that’s why I continue to push through each bump in the road.

We’ve been impressed with DaliTalks, but for folks who might not be as familiar, what can you share with them about what you do and what sets you apart from others?
In the early stages of creating DaliTalks and my signature program, the Diversity & Anti-Bullying Academy (#DABA), I noticed that there weren’t too many Latinx coaches like me. I’m also a military veteran. I served in the U.S. Army for 10-years and I was a drill instructor. So, I know how to advocate for people really well. I had to do it for my soldiers a lot. So, I help parents learn how to be advocates for their children from near and far.

Kids who have to move a lot deal with bullying so much because they’re always the new kid who is tested by a bully. That’s a tough thing to have to deal with aside from coping with not having your parent(s) with you due to deployments or because they’re always working long hours. So, I help the parents learn how to help their kids and empower them. A child’s biggest influence will always be their parents no matter how many hours they spend at school. So, I prepare parents to do their best with their children so that the kids are confident and as independent as possible so that they can be their own advocates if or when anything happens.

I also noticed that the information that I provide is not always available in Spanish for parents through schools. So, I make all of my content available in English and Spanish, with the exception of the content I put out on social media because I don’t have too many requests for it in Spanish on that platform.

What I want parents who chose to work with me to know is that they get ongoing support even after their coaching sessions or if they purchase any service or product from me. I provide ongoing support and information in a private parent group where they get to ask me anything during live videos each week. Aside from that, I share more information regarding different parenting topics aside from bullying and diversity awareness.

Since bullying is so pervasive, I go deep. I touch on unconscious beliefs, confidence building, how to have tough conversations with kids, and I provide lots of parent support. Everything that I share comes from solid sources, studies, academic research, and professional organizations that conduct tons of research on the topics I speak about. So, what I share is not stuff I pulled out of some personal blog or invalid sources.

I know how to do great research because I learned to do it during my bachelor’s and master’s programs at university and I worked as an archival editor for years. So, I understand the importance of valid and proven research.

I also share information regarding other parent coaches and resources that can help parents as individual human beings (not just as a mom or a dad). So, when parents come to me, they get more than what I offer. They get access to my large network too.

What matters most to you?
My main concern is the well-being of our children. They deserve to be safe and bullying needs to stop being considered a rite of passage in childhood or a way to learn conflict resolution. It makes no sense that any child should learn certain things through traumatic events.

Teaching parents about bullying awareness and prevention is important because its positive impact helps create better communities. Communities that are more unified and that embed the importance of creating equality and understanding of everyone’s differences. So, this is larger than individuals. This type of education can completely change society’s beliefs on what is acceptable or not.

Kids who have been bullied are twice as likely to end up becoming part of the prison system and all people who are usually involved in bullying have a higher possibility than those who don’t experience bullying of having long-lasting mental health challenges. So, that’s why this is important to me and my wish is that all parents make it a priority to educate themselves as well as their children. 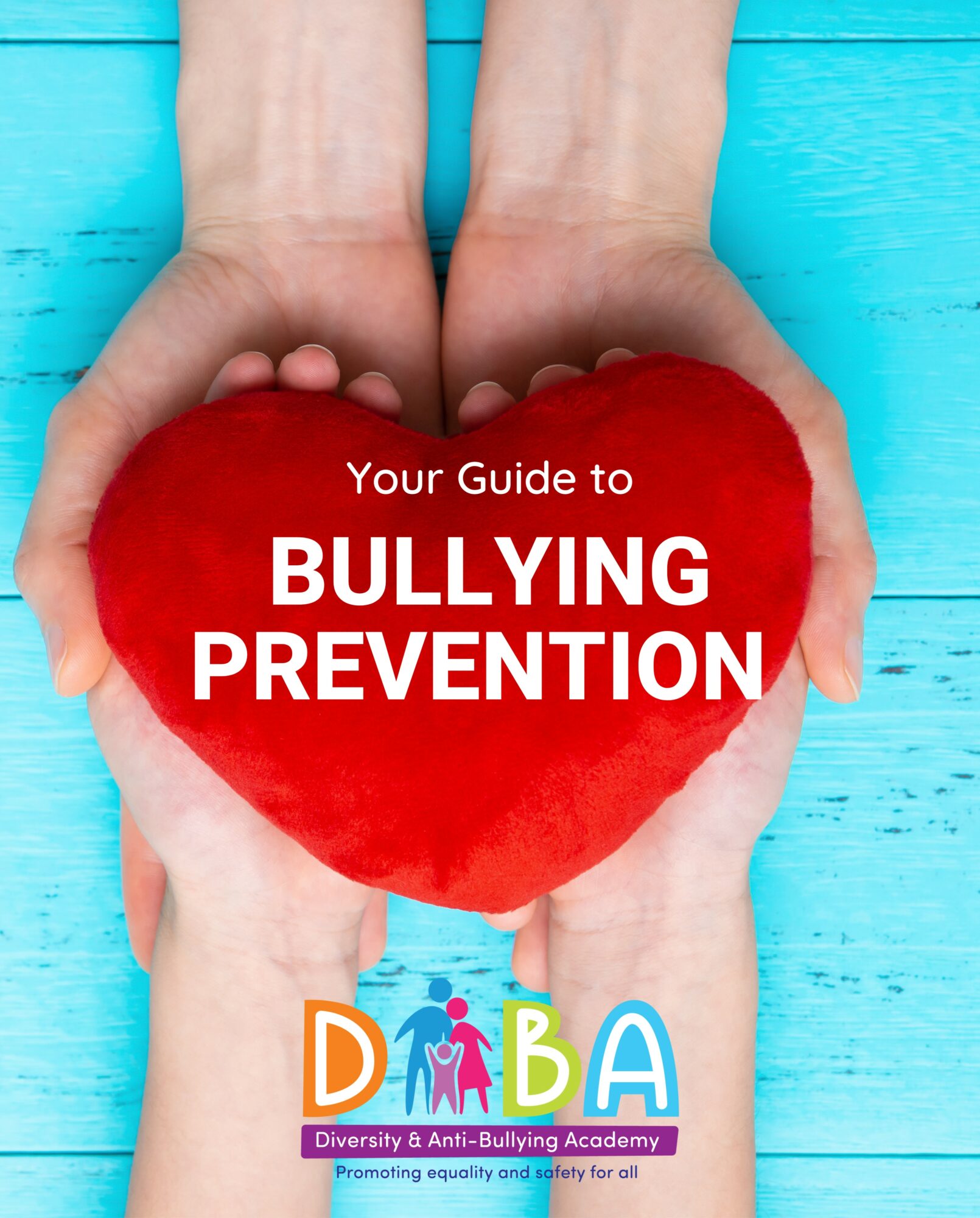 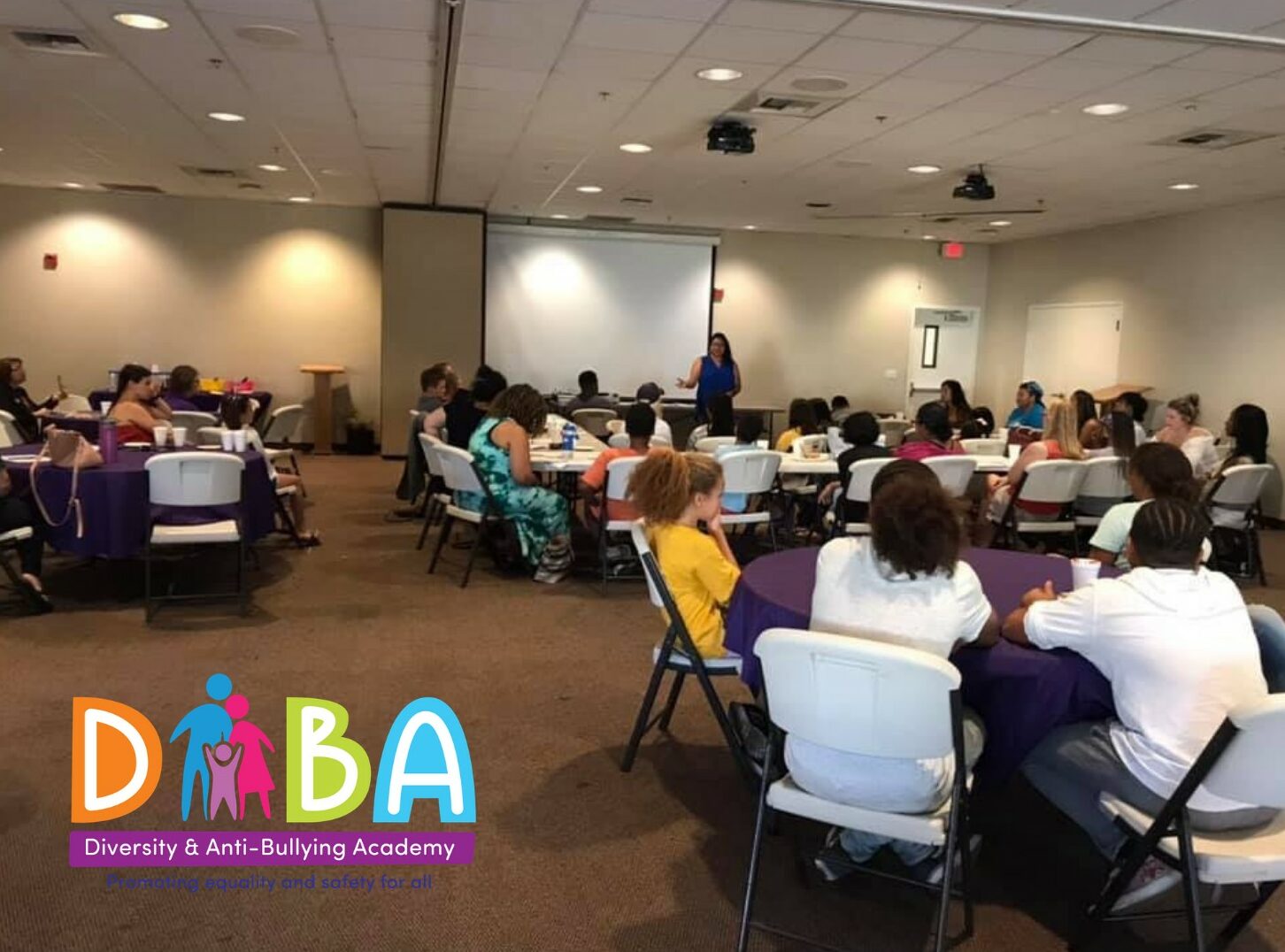 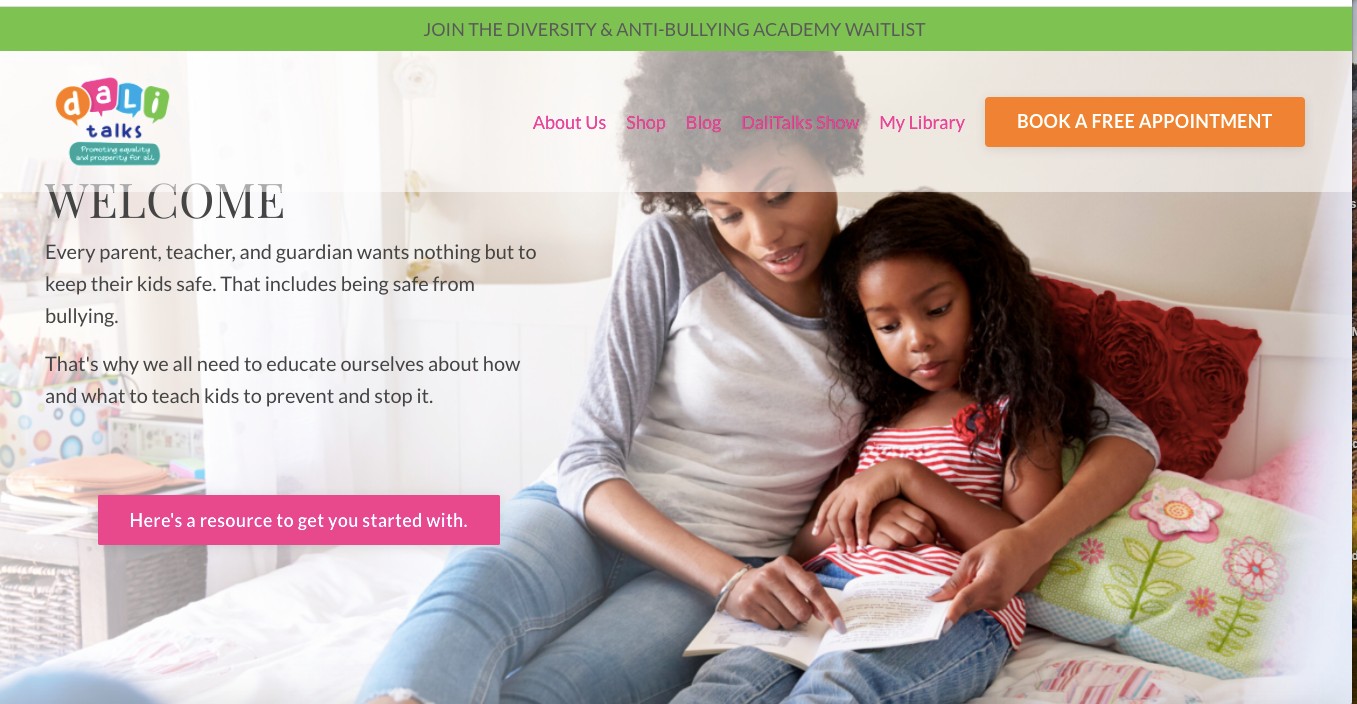 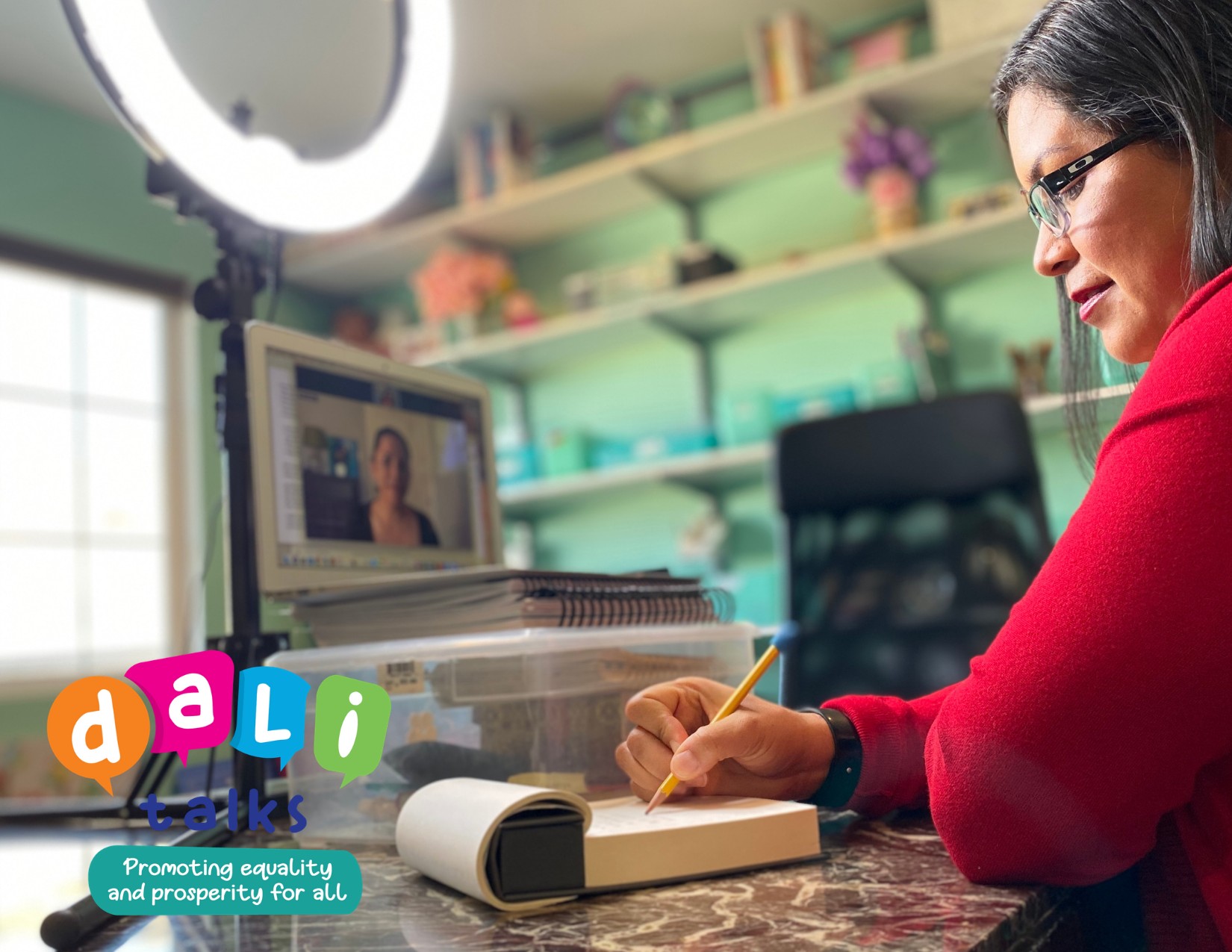