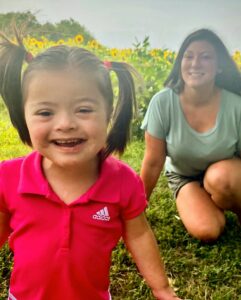 Today we’d like to introduce you to Stacie Hansen.

Hi Stacie, please kick things off for us with an introduction to yourself and your story.

I recently became a Board member of GiGi’s Playhouse Annapolis, a non-profit organization providing free programming for individuals with Down syndrome, their families, and the community. My unexpected journey here began in 2017, when I found out I was pregnant with my third child. My pregnancy was special for many reasons – I was having a rainbow baby, she would be my first girl, and she happened to have an extra copy of her 21st chromosome (aka Down syndrome). My husband and I knew prenatally that our baby had a massive heart defect, but we felt strongly that we were prepared. Little did we know that a cancer diagnosis was on the horizon.

Skylar was born prematurely and had to remain in the NICU due to heart and respiratory issues. I stayed by her side, watching her beautiful little face through the plastic wall of the isolette. She was surrounded by beeping machines, wires, and nurses running around frantically with furrowed brows. It was emotional chaos on a level that most people will never understand. I felt so overwhelmed in that first week that I almost forgot an ultrasound scan I had scheduled due to a large mass that had recently formed in one of my breasts. This appointment felt like a nuisance given my situation, but I am so thankful I went. Within ten minutes of lying down on the ultrasound table, two doctors were called into the exam room. Their concerned looks told me everything I needed to know. It was cancer.

I immediately began chemotherapy while Skylar remained in the NICU to undergo her first heart surgery. She only weighed five pounds and her heart was the size of a cherry, but her talented surgeon performed a procedure that stabilized her until she was strong enough for a complete heart repair. That was just the beginning of the NICU rollercoaster (as veteran NICU moms call it), and it was indeed a crazy ride that felt never ending. One month soon became two months, then three, then four, and the chemo was slowly killing me. To say it was a nightmare is an understatement, but there were beautiful moments in there as well. I actually found comfort in Skylar’s cold, sterile NICU room. I would wrap her up in one of the many warm blankets knitted by kind strangers. We sang, we read books, and we rocked until late into the evening. Even though she was so small, Skylar got me. She knew I needed her just as much as she needed me. She would flash me one of her epic smiles, always at the time I needed it most.

After 117 days in the NICU, my husband, sons and I brought Skylar home. It was completely surreal putting Skylar in her car seat and driving away. It almost felt like we were stealing a baby from the hospital as we strolled her out of the NICU and through the hallways that had become a second home for us. When we reached the outside of the hospital, sunlight fell on Skylar’s face for the first time, and she (very cutely) squeezed her little eyes shut. We drove home with so much excitement. Home hadn’t felt like home in a long time, but it was finally going to be that safe, peaceful place we all yearned for.

My family headed into 2018 with a new lease on life. I finished chemo and was officially in remission, and Skylar had open heart surgery that completely repaired her defect. With a strong heart and determined mind, Skylar began hitting developmental milestones like it was her job. She started babbling and trying to sit up, and even laughed at jokes. In those early days of being home from the hospital, I remember having an “aha” moment – Skylar was more alike than different from her brothers developmentally. Every child progresses at their own pace and Skylar just happened to take more time than her brothers.

As a newcomer to the Down syndrome community, I knew I needed to find outside support and services. GiGi’s Playhouse Annapolis opened in February 2018, and the timing could not have been more perfect. Skylar first participated in LMNOP, a “parent and me” program that focuses on early communication. On our first day, we were welcomed with open arms, which was so comforting as I was still bald and a bit self-conscious. I learned very quickly that the parents in that room were just as special as their children and would become a source of comfort and friendship for my family.

Over the past three years, my family has attended many classes and events at the Playhouse, such as the Amina Grace speech and language program (Skylar loved the one-on-one instruction!). These life skills programs are essential for individuals with Down syndrome and are always offered free of charge at the Playhouse. Without this programming and the support of my Playhouse family, I cannot imagine how hard these early years would have been. I have developed such admiration for the Playhouse that I recently became a Board member. I now have the opportunity to help other families find support and helpful services.

Today, I am four years cancer free, and Skylar is a healthy, happy, rambunctious four-year-old. She just began attending an inclusive pre-kindergarten program, and her favorite things are singing, dancing, drawing and cookies. She loves to laugh and twirl around in pretty dresses. She finds joy in most everything. Strangers often stop and stare at her, and I’m okay with that because within ten seconds, their faces light up with the biggest smiles as they watch my happy little girl. She’s magic like that, and she’s going to change the world’s perception of Down syndrome, one person at a time.

Alright, so let’s switch gears a bit and talk business. What should we know about your work?

I am a Board member of the Gigi’s Playhouse Annapolis non-profit organization. The Playhouse mission is to change lives and provide hope through consistent delivery of free educational, therapeutic and career development programs for individuals with Down syndrome, their families and the community. I am very excited about an upcoming program, GiGi Prep, which is a 10-week class for adults with Down syndrome, and builds on important life skills like communication, money management, and health and wellness. We also offer fitness, yoga, dance, art, 1-on-1 tutoring, social clubs, and even a cooking class! As a Board member, my goal is to encourage greater participation in the Playhouse by families, volunteers, community members and local businesses. Community participation is key to furthering the Playhouse mission, and we encourage people to come visit us online, in person, or at one of our events like our 2nd Annual Golf Outing on October 13th.

What do you like and dislike about the city?

I love Baltimore! I went to UMBC and graduated in 1999 with a BA in Visual and Performing Arts. I studied dance and Baltimore was a great place to collaborate with other dancers and artists. Even though I currently live an hour away, I visit Baltimore often with my kids. My family has a membership to the Aquarium (it never gets old), my kids love the MD Science Center and the paddle boats in the Harbor, and we always end our trips with treats at Vacarro’s in Little Italy. If I had to choose what I like the least, it would probably be the closing down of stores and restaurants at the Inner Harbor during the pandemic. But I have hope that Baltimore will rebuild and be better than ever. 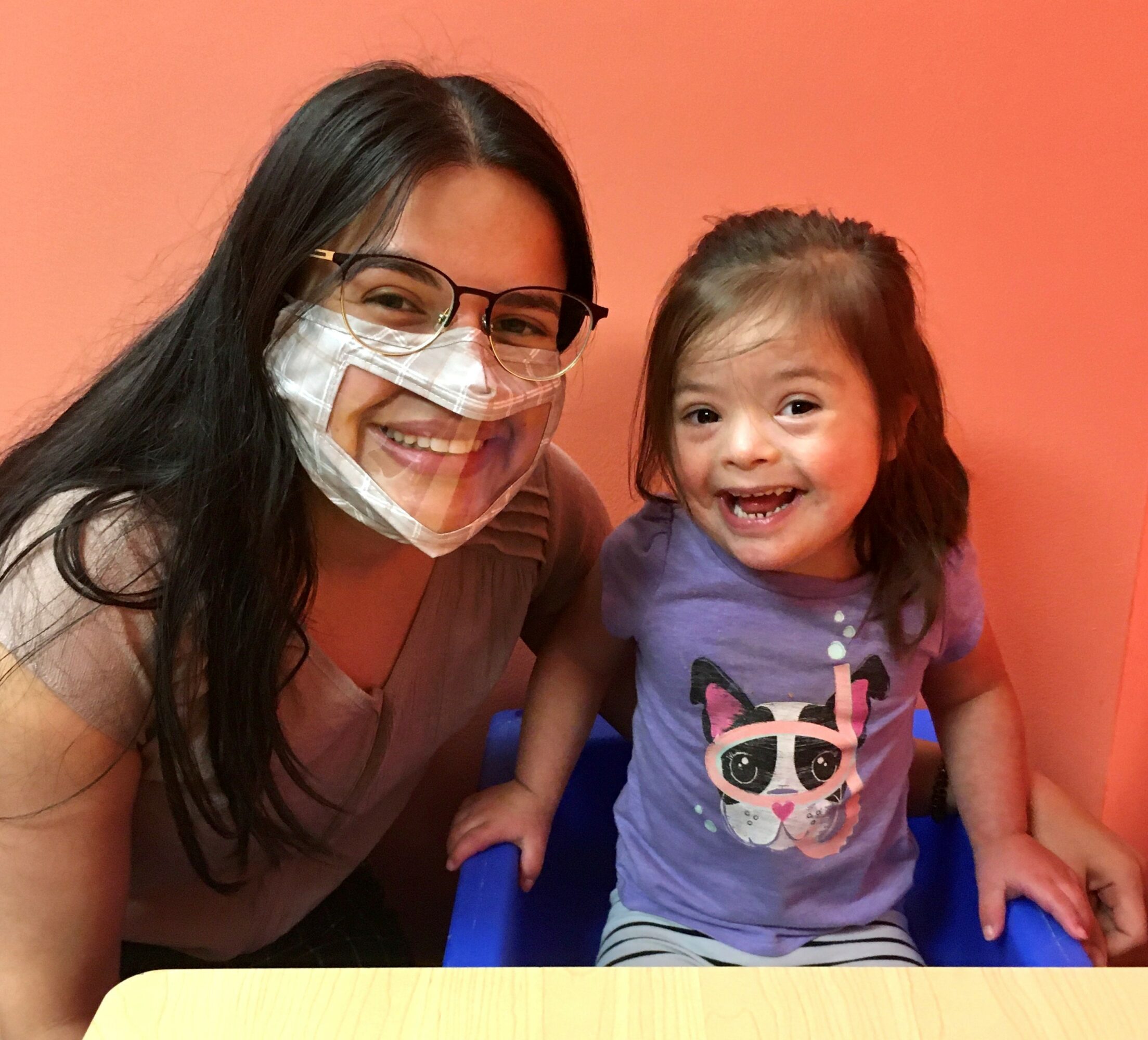 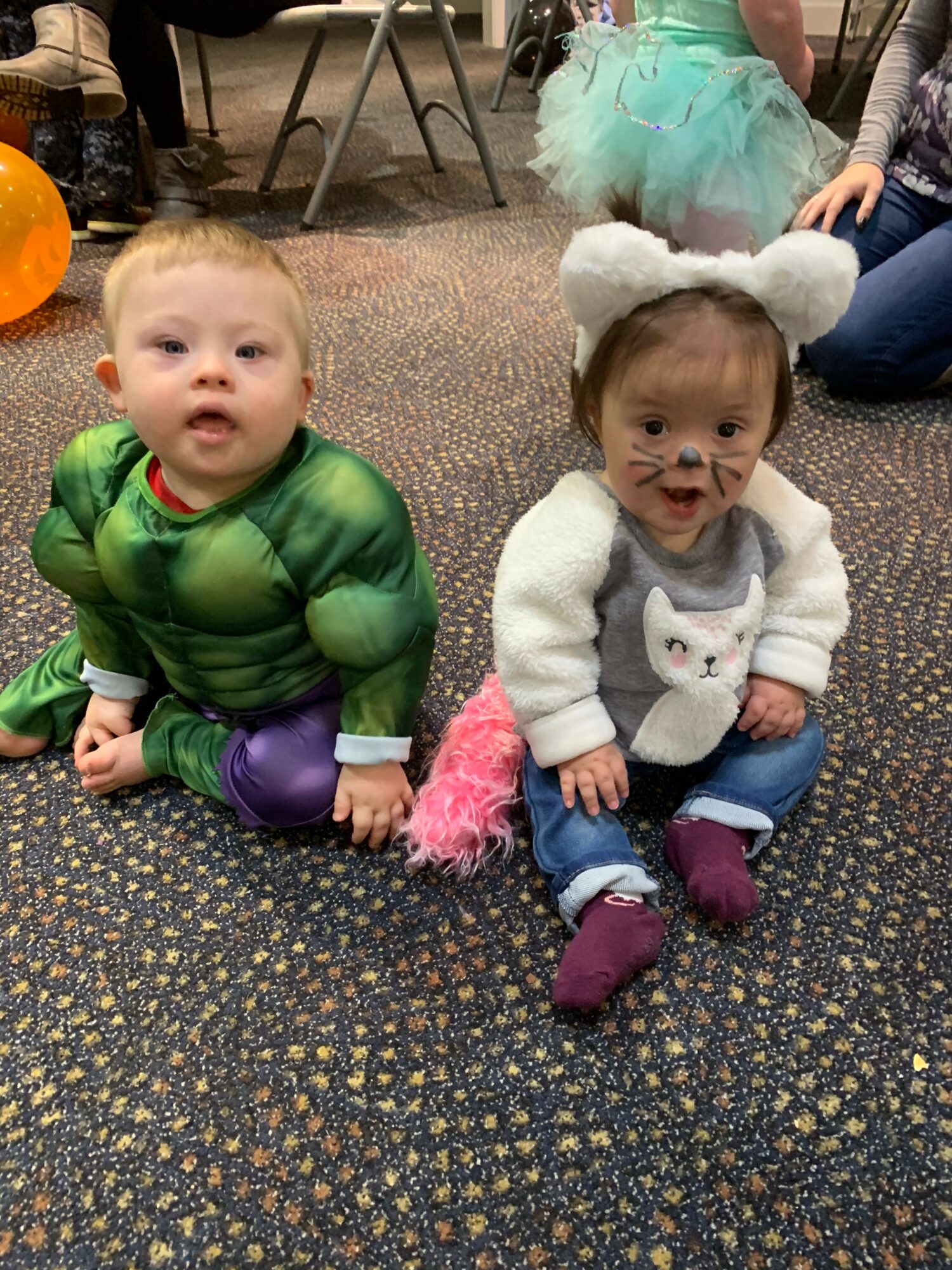 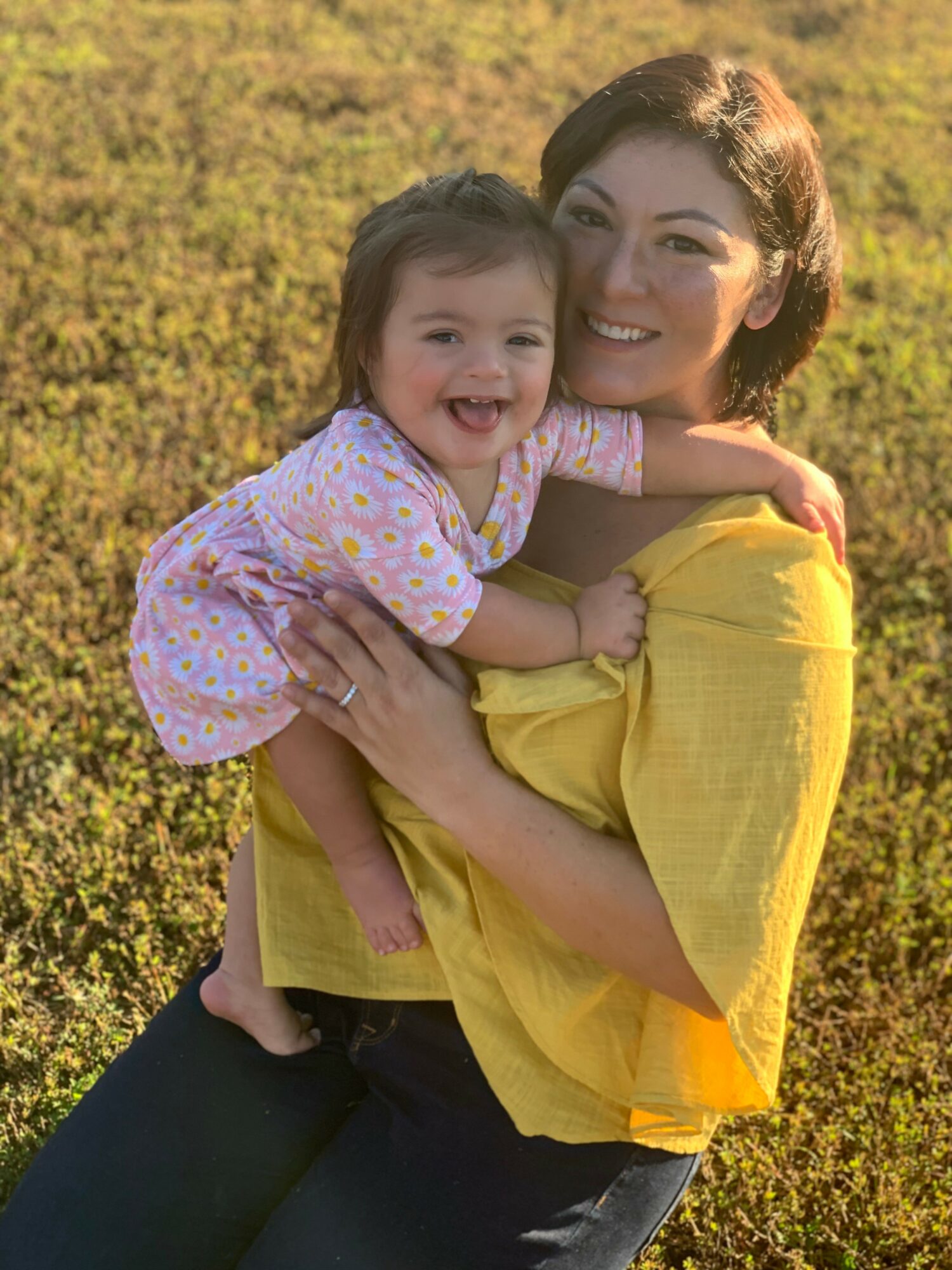 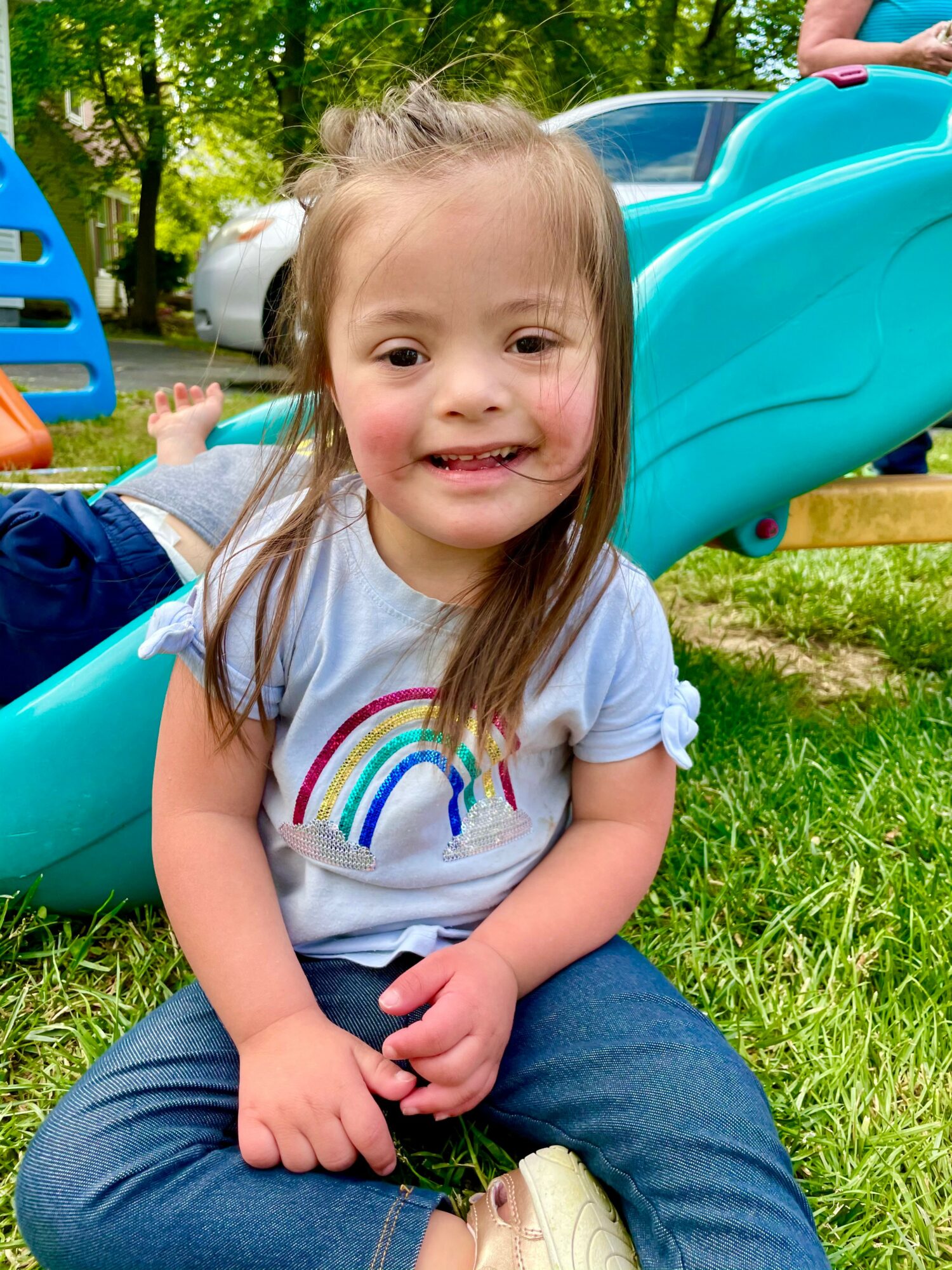 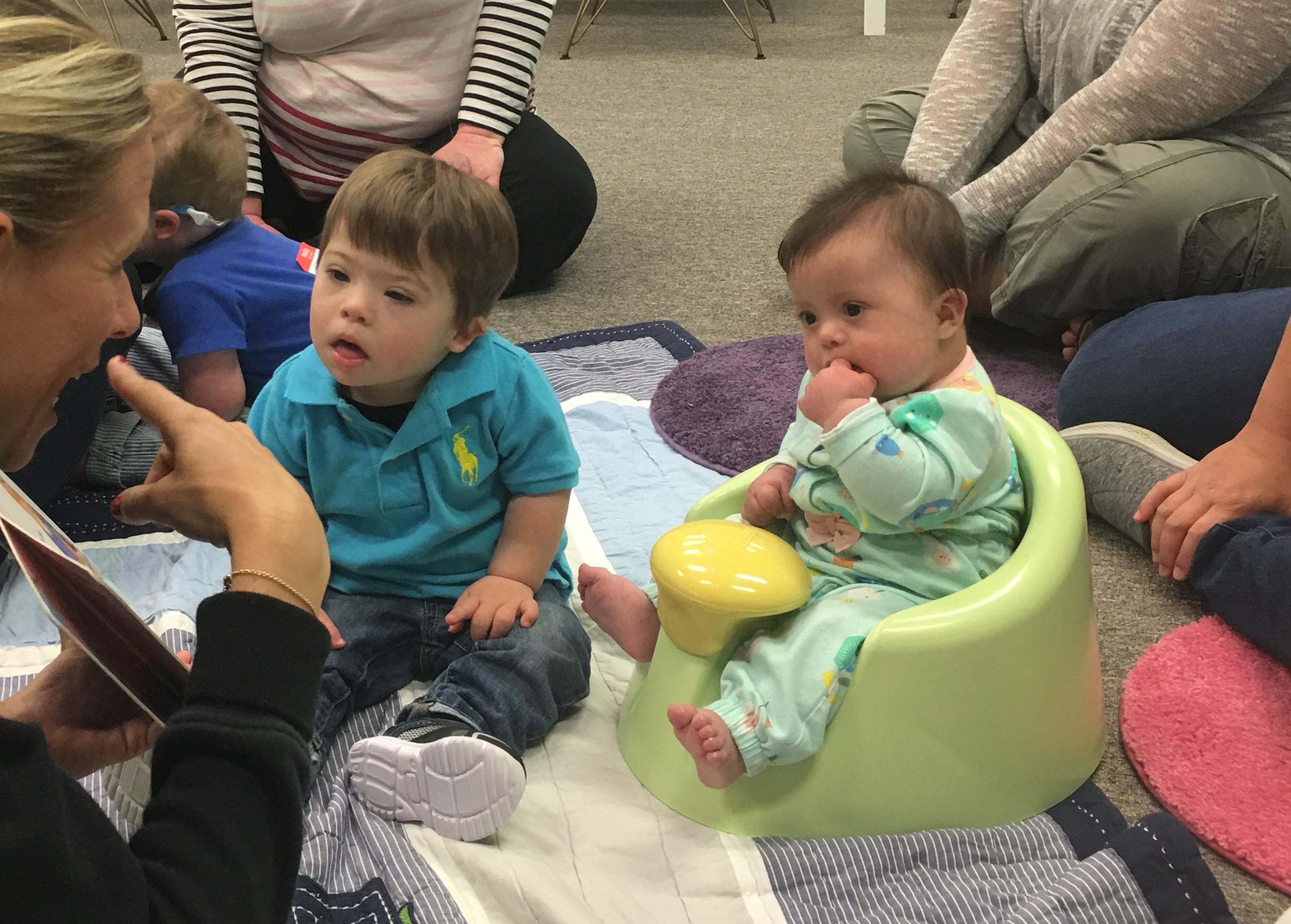