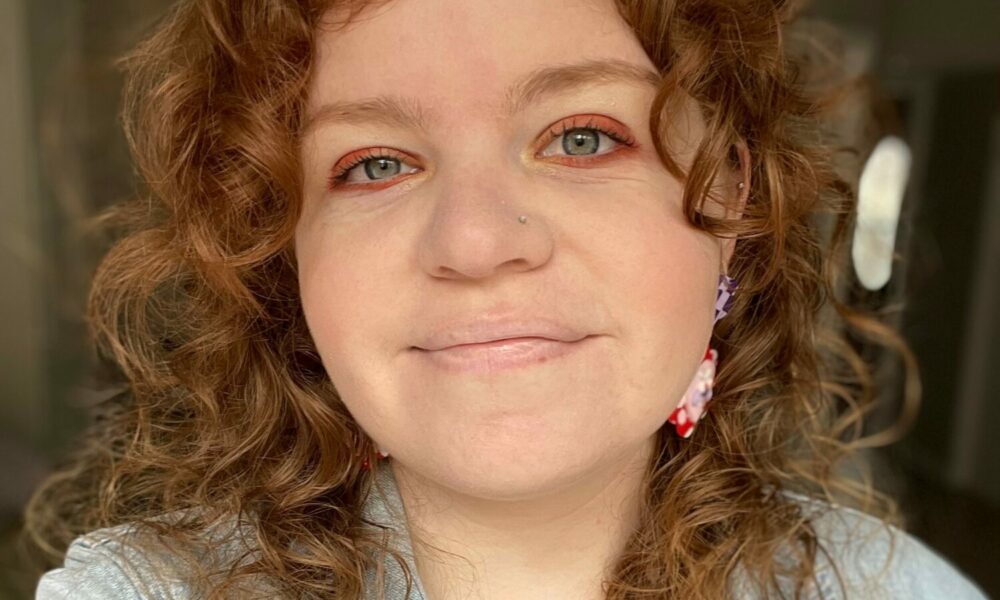 Today we’d like to introduce you to Morgan Stinson.

Hi Morgan, we’d love for you to start by introducing yourself.
I was always a fairly creative kid, doodling in the margins of school notebooks, coming up with stories about girls with elemental powers, and daydreaming at any chance. I did well in my art classes throughout school but never felt especially “talented” or “skilled” compared to some of my classmates, so I didn’t seriously pursue it. Art always felt like an idle hobby, if anything, one I appreciated and still found myself drawn towards. It wasn’t until I was 23 that I found myself craving a creative outlet or needing one. I didn’t know it at the time. Still, I was experiencing symptoms of major depressive disorder, and generalized anxiety disorder, symptoms I found were exacerbated by an emotionally abusive on-and-0ff relationship I was in at the time. My first painting in my signature style was a gift for my boyfriend at the time, but I had tried a few different styles before.

The Spring of 2017 participated in a Wes Anderson/Quentin Tarantino fan art show. Hosted by Thumbprint Gallery in San Diego as well as their “Stranger Things” fan art show a few months later, experimenting with mediums and methods that didn’t quite feel right to me, they felt forced. Eventually, I began leaning into abstraction, painting a few pieces just for the hell of it, and then my “psycho art” (as my Mom likes to call it) came out to play. I realized that finger-painting to blend colors felt more visceral and personal to me than simply using a paintbrush, but then I thought I needed to add some extra “detail,” and that’s where the hash marks came in. Painting the hash marks in black over the psychedelic tapestry of the canvas felt meditative, almost cathartic for me. It wasn’t until recently that I considered using colors other than black for this detail. Upon appreciating one of my pieces, my best friend’s dad suggested I give impasto a try, and since then, I’ve been adding more texture to my work. I even did a series of Rorschachs, something I’ve always been mildly fascinated by in the field of Psychology. It’s been interesting discovering what people see when they look at mine; art is subjective.

In a way, I’m kind of grateful that my untreated and undiagnosed mental illness led to my painting, though I did seek to end up seeking treatment not too long afterward. My mind was battling some of the darkest and harshest thoughts I’d ever had. But seeing some of the beauty that came out of that is pretty amazing. I’m glad I didn’t let the tough stuff get to me, opened up to my friends and family, and got professional help. I’m no longer a “tortured artist,” but I can proudly say that my work comes from a place of joy and curiosity now instead of from a need to express the hurt I was feeling back then.

We all face challenges, but looking back, would you describe it as a relatively smooth road?
Honestly, I’ve been incredibly privileged to share my artwork in the 12 art shows I have under my belt (so far), and folks near and far have found my artwork lovely enough to purchase and hang in their homes. I’d have to say the biggest challenge I’ve faced was trying to paint during the COVID-19 pandemic. I had a bright and sunny art studio in my apartment that was meant to inspire creativity, but instead, I avoided it as if it were COVID itself. Social media was oozing (forgive the pun) with art inspired by isolation, loneliness, and the overall weirdness of the world that the lockdown revealed. Friends developed new hobbies and skills (baking bread, embroidery, etc.). Meanwhile, I was marathoning the entire “Friday the 13th” franchise in one sitting (10/10 do not recommend).

I think I struggled with wanting to paint vs. being expected to as if creativity were the obvious answer for any artist when forced to stay home by yourself. But it wasn’t obvious to me, and while I still wish I had been able to churn out masterpiece after masterpiece during that time, I’m glad I didn’t. I’ve never wanted my work to feel forced or disingenuous, and what I craved during lockdown wasn’t self-expression in the form of painting but new friends.

I moved from my hometown of San Diego in November 2019 to Central Pennsylvania. I was doing the long-distance thing with my current partner, living in Northern Virginia, where he grew up. We had met in San Diego and made the cross-country move together, but I wanted to save some more money before moving to the DMV and chose to spend some time in Lock Haven, PA, to pursue a degree in Psychology. It helped that my Mom and Step-Dad happened to live just 10 minutes down the road, having left San Diego themselves in 2014 after my brother Brett graduated from high school.

While I was able to make straight A’s throughout the pandemic, I realized that a career in Psychology wasn’t quite for me, and after a year and some change, I decided it was time to move to the DMV sooner rather than later. During my time in Lock Haven, I made two wonderful friends who moved to Portland right around the time I left Lock Haven. If it weren’t for them, I would’ve been much lonelier and perhaps would have even marathoned the “Halloween” franchise (I kid). I struggled immensely with feeling alone in a small town where no one was my age or shared my interests. While I managed to develop friendships with my partner’s friends in NoVA and nurture and maintain my friendships back home, I think this intense loneliness and isolation – aside from just the pandemic – forced me to set aside my paintbrush for a while.

Luckily, I moved to the DMV in August of last year and have since made many wonderful new friends, some creatives themselves! I began painting again not long after the move and have been experiencing true inspiration and motivation thanks to a more balanced social life (and life in general), along with admiration for my partner’s creativity in songwriting and performing in his thrash metal band.

Thanks for sharing that. So, maybe next you can tell us a bit more about your work?
I’m fortunate in that I get to work in a creative industry, working behind the scenes in logistics at a local record pressing company, shipping vinyl records across the globe.

What are your plans for the future?
I’m super stoked for my first ever solo show at Triple Crown Tattoo in Towson, MD, on December 4th, 2022! My artwork will be up and for sale at the parlor gallery through January 22nd, 2023. It’s an opportunity that honestly just landed in my lap thanks to a wonderful buddy who works there; he recommended my work to the owner Deirdre. The folks there are so wonderful, truly appreciate the arts, and know what it truly means to support local artists. I’m excited and have a few pieces already in progress for the show. It’s my first solo show, which is a big deal for me, and while I always thought it would be back home in San Diego, I’m excited to show the East Coast what I’m all about. I’m challenging myself to create some artworks – we’re talking 24″ and up, which I’ve never done before, so it’ll be pretty awesome to see a piece of mine up on those walls come this Winter. I’m just so grateful for this opportunity, and most of my free time and energy will be spent gearing up for it. 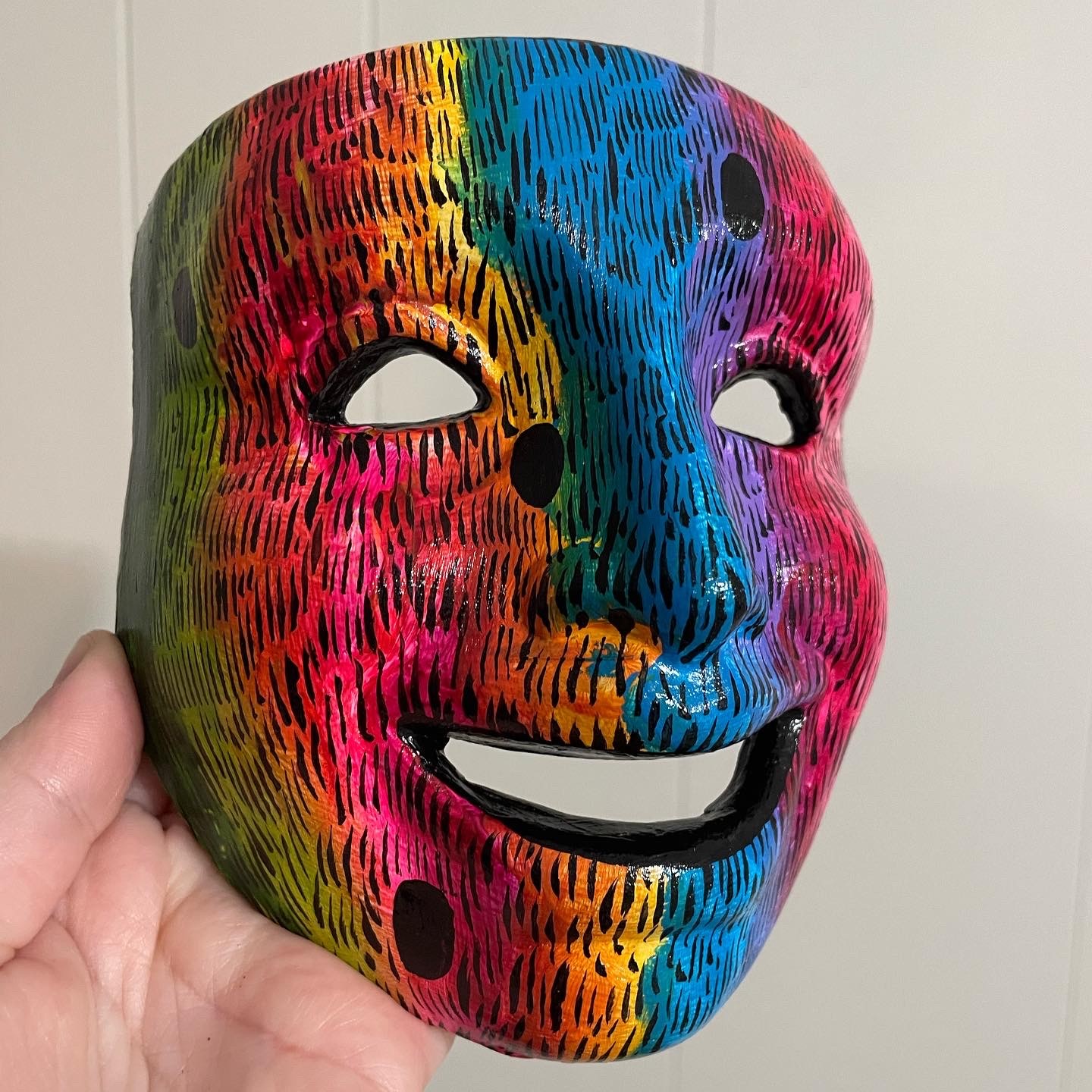 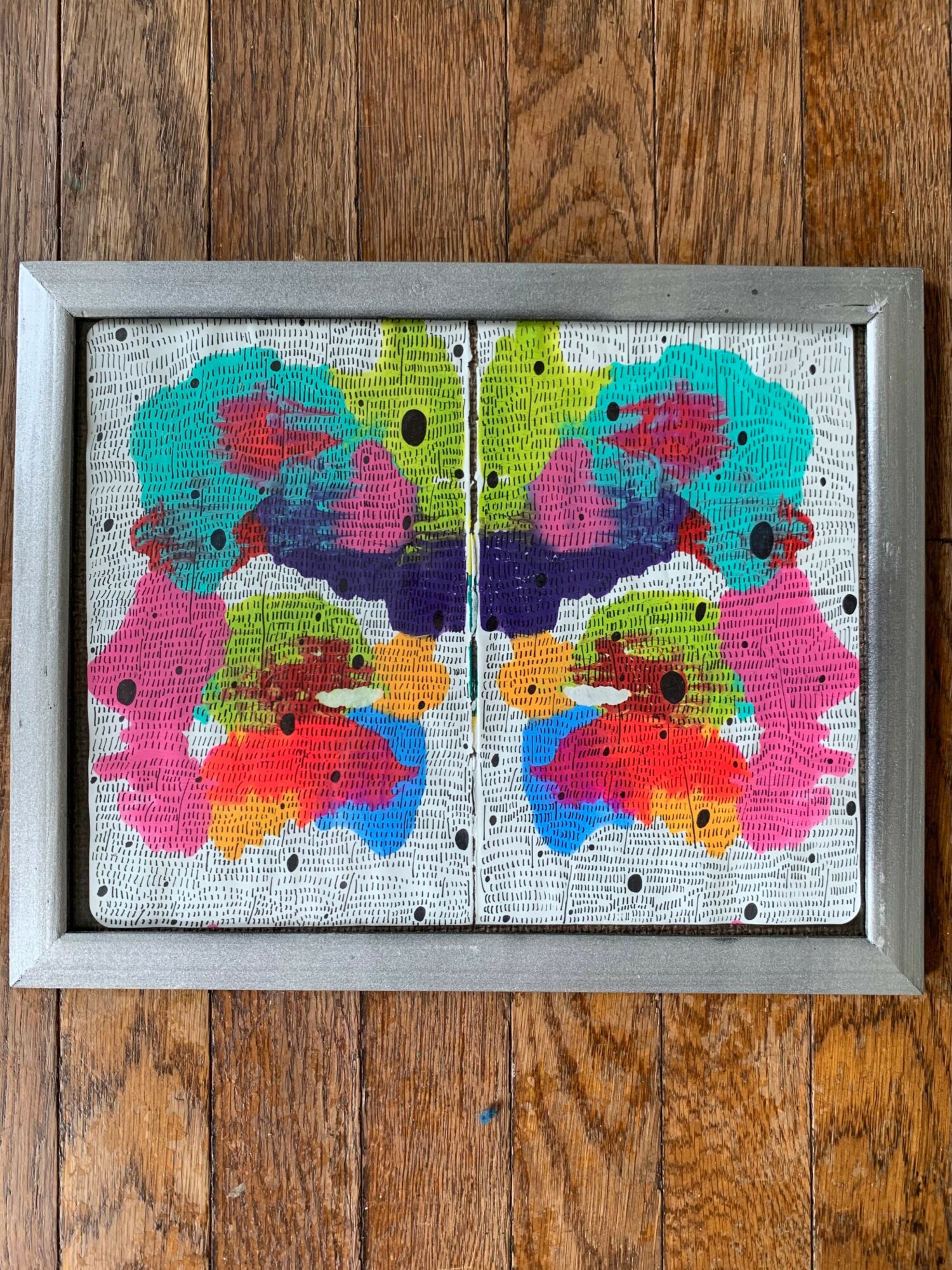 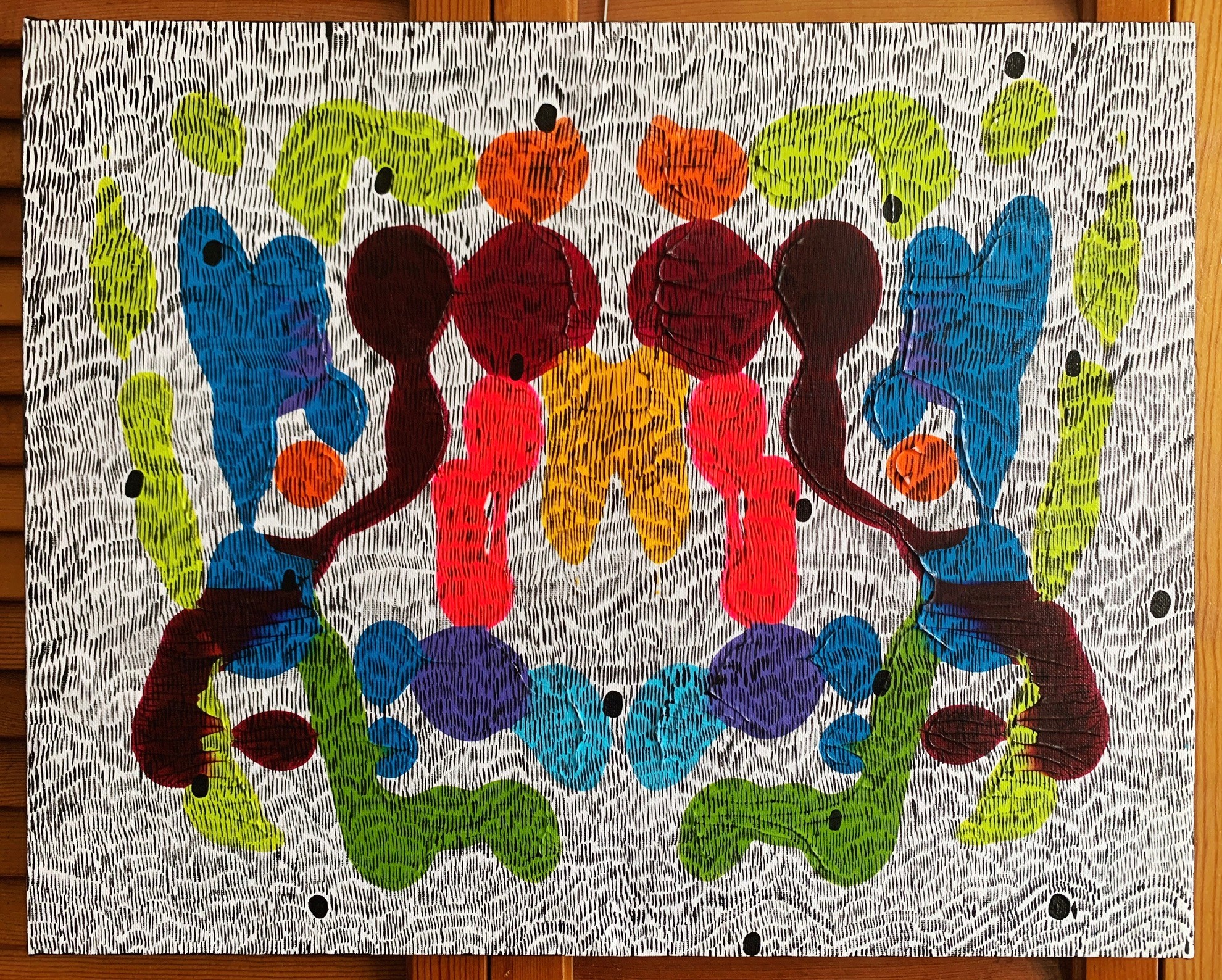 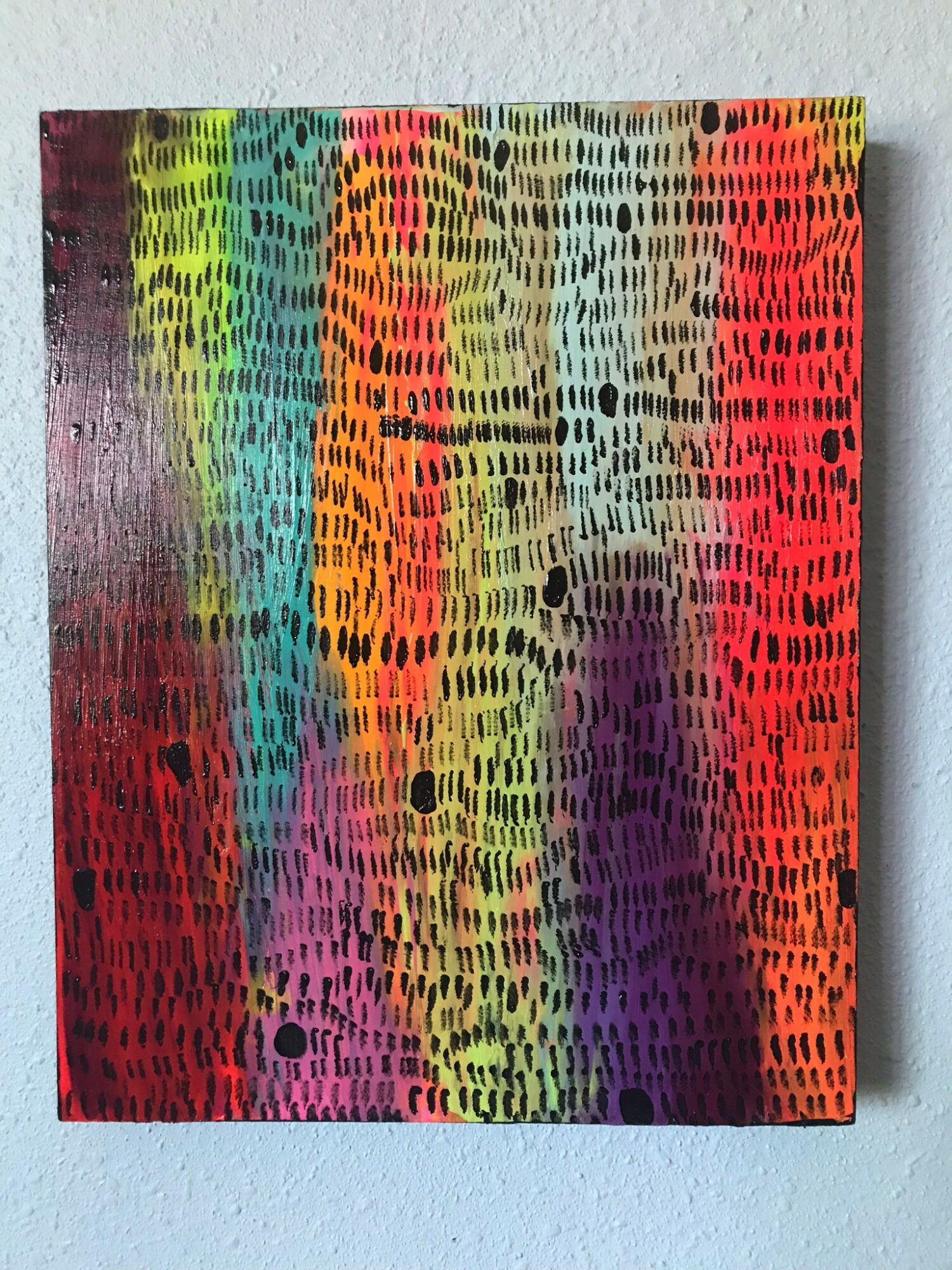 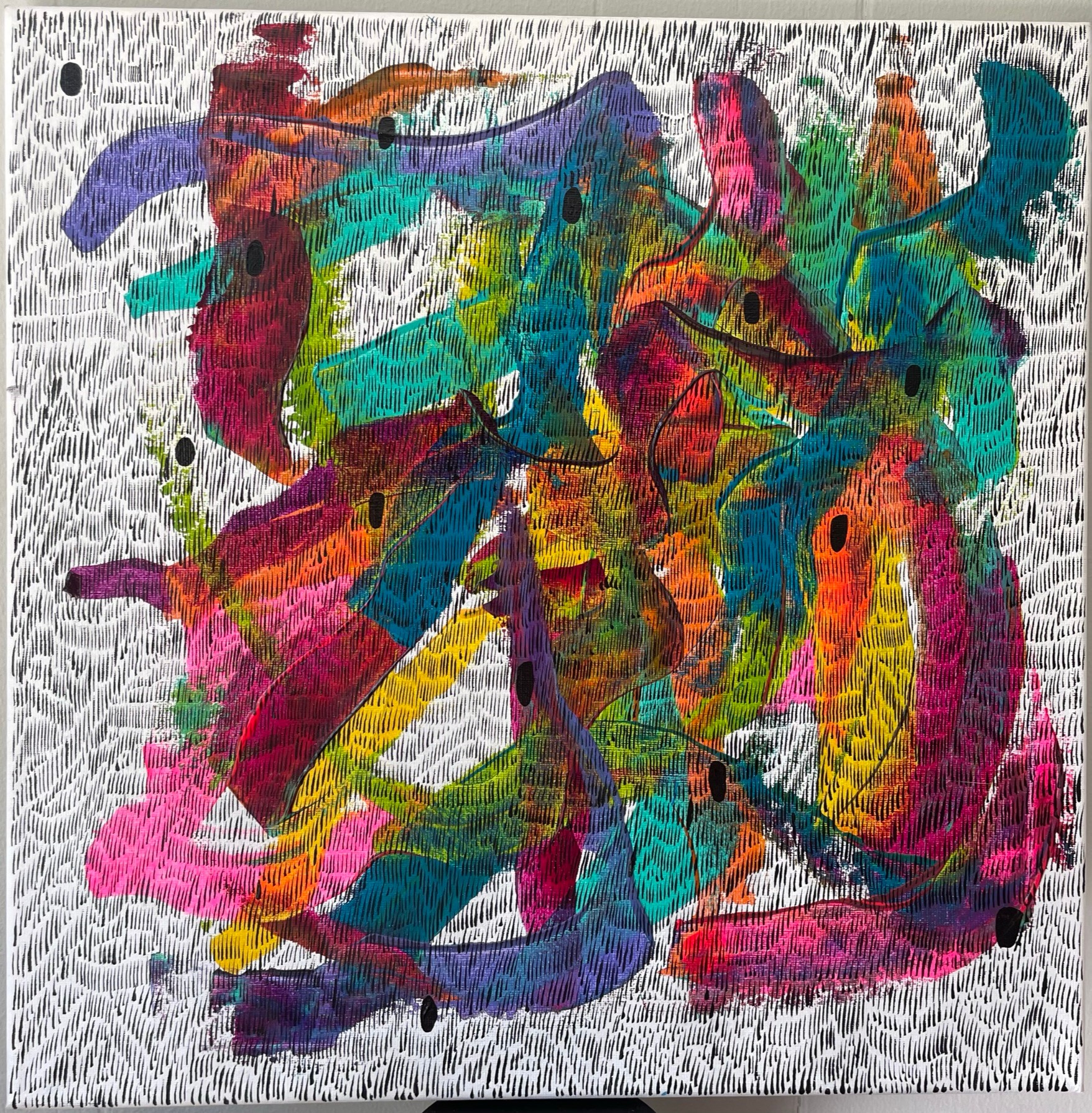