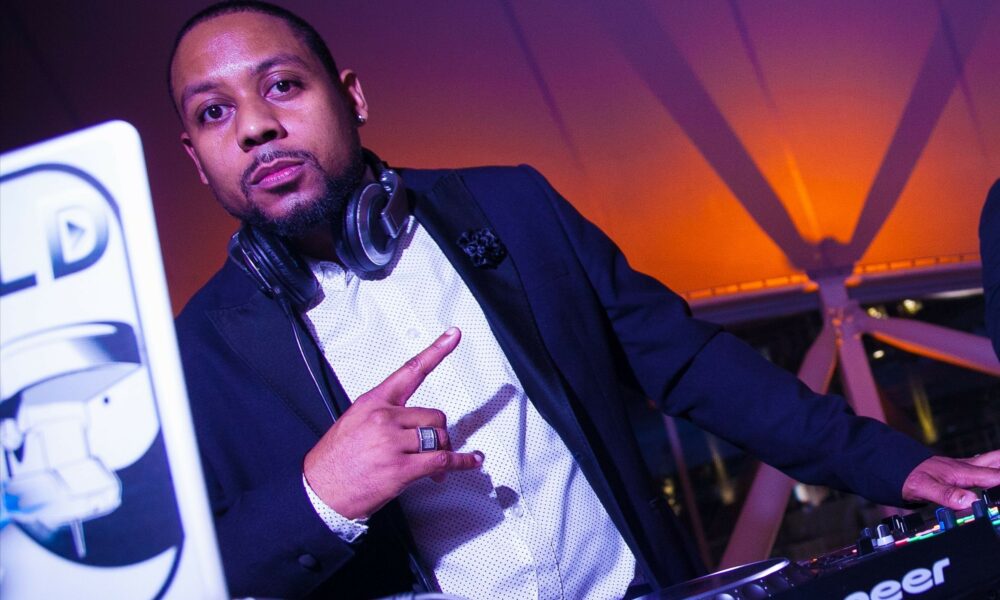 Today we’d like to introduce you to Nate Anderson.

Hi Nate, it’s an honor to have you on the platform. Thanks for taking the time to share your story with us – to start maybe you can share some of your backstory with our readers?
As a child, I fell in love with music. Growing up in households where music was always being played with my mother. My mother and I moved around a lot during my childhood from Washington, DC, to Baltimore, to California, to Columbia, Maryland, to Baltimore City and finally landing permanently in Baltimore County while my father lived in New Jersey working as the VP of Arista Records and an executive at various other labels before that. During my middle and high school days, I was always the kid with the new music and the new New York mixed tapes which gave me a different kind of love for hip hop. Although I had friends in high school who were DJ’s, I never once thought that it would ever be something I would want to persue until I attended Morgan State University, where I began learning to DJ thanks to one of my best friends, DJ Chester Sawyer, who was djing events around the city doing some of the biggest clubs, major high school events in Baltimore City and even the city’s #1 Radio Station V103 occasionally.

While attending Morgan State, Chester and I began our entertainment company Round Table Entertainment. At this point, I honed my DJ skills and began doing events in the college circuit, Baltimore City and Washington, DC while interning with Polygram Distribution, Island/Def Jam Records and EMI Distribution and working & selling my mixtapes at a local record store in downtown Baltimore. While in college, my mother took a job in Okinawa, Japan. Although I chose to stay in Baltimore to finish school, her travel to Japan became a great outlet for me as I shipped my mixtapes to her to sell to clothing stores which would sell my tapes to the public there. After about a year of good sales in Japan, I traveled to visit my mother for a week and had my 1st international djing night club experiences playing at two of the premier venue’s in Okinawa and being well received and celebrated.

When I graduated from college in 2000, I was offered a job to work with my father in the music industry at a company called A.I.R. (Active Industry Research) where I did National Radio Promotions breaking some of the biggest records for some of the biggest artists to date including Alicia Keys, Nas, Trey Songz, Jaheim, Angie Stone, D’angelo just to name a few of many. While working at A.I.R. I continued to DJ at clubs across the DC, Baltimore, MD & VA Regions and even traveling for gigs in Miami, NYC, L.A., Philly, N.C. and many other states. While doing these gigs I re-connected with a longtime associate DJ PCutta from Howard University and formed a new company Rooftop Entertainment with him and a team of like-minded hustlers distributing mixtapes and DVD’s across the globe; which majorly expanded the reach of my mixtapes and my DJ Brand. Through our distribution of millions of mixtapes, I had a large hand with breaking many artists locally and nationally.

In 2004, A.I.R. began to forgo a lot of cutbacks due to Industry budget cuts and intern I was laid off. I was given the option to work in ATL, NY or L,A. for multiple record labels but declined due to the knowledge that I learned while working at A.I.R. for four years and through running my own businesses. Instead, I used my severance pay and invested the bulk of it into my business. With my schedule now totally free to do my own thing, I increased my relationships with friends in the music industry and expanded my national distribution reach with my Round Table & Rooftop Teams.

Through the strength of my relationships gained from working at A.I.R. I spoke with long-time radio industry associate Leo G who was the original program director for XM Satellite Radio’s 1st Uncut Hip Hop station 66RAW. 66RAW’s format was a perfect marriage for my mixtape style and there I began my own weekly show on XM Satellite Radio where I would break exclusive records weekly and occasionally interview artists. After a five year run on XM Satellite Radio, the company merged with Sirius becoming SiriusXM and decided to drop the 66RAW Station but allowed Leo G to keep the brand name. With that myself, Leo G and Danny Blaq became partners and began the nation’s 1st uncut star-studded Hip Hop internet format due to each of our long-time industry and artist relationships. While building the 66RAW Online presence, I also did a weekly mix on the national Music Choice TV Network for their MC Mixtape and MC University channels from 2009-2013.

By 2014, I became co-owner of the 66RAW brand. After the 1st year of launching the 66RAW Radio Baltimore broadcasting studio my partners and I took over the entire building, which included an internal broadcasting event space and multiple pre-production rooms where we enlisted college interns from the Baltimore and DMV areas for school credit to give them a taste of the radio & music industries teaching them networking, podcasting, marketing, promotions, video editing, event planning and more. Our Baltimore studio hosted interviews and special events for Baltimore & the DMV’s who’s who as well as national and international artists such as the Late Prodigy (Mobb Deep), Ray J, Estelle, EPMD, King Los, AZ, Freeway, Cassidy, Peso De Mafia, Ving Rhames, Pras (The Fugees), N.O.R.E., Erick Sermon, Trap Beckham, Yvng Swag, Brave Williams, Mariah Lynn (Love & Hip Hop NY), D. Woods (Danity Kane), Tate Kobang, Bossman, B.O.B., Red Café, Mila J, Fiend (No Limit), The Metro Baltimore Boys and Girls Club and many more. In 2012 we obtained a secondary home base to run a monthly 8 hour star-studded broadcast out of Atlanta’s infamous Patchwerk Studios hosting guest such as Megan Thee Stallion, David Banner, Big Gipp (Goodie Mobb), Super Producer Drumma Boy, Ras Kass and many others. After four years, we decided to close the Baltimore, MD Studio location and move our headquarters to Atlanta, Ga, redirecting the focus of the company.

In 2019, after dealing with a personal major family loss the year prior and multiple family health issues I redirected my focus to take care of the family and to reassess my business and my personal business brands. In Late 2019, I began to work on my new broadcast brand DNA on Demand only to be slowed down by the pandemic in 2020. The pandemic created many obstacles such as event & weekly gig cancelations and broadcasting issues, which like many independent companies resulted in major financial loss. Although I had that small setback it allowed me to pivot into multiple business opportunities that I had been too busy to get to in the past.

During the pandemic, I redesigned & relaunched my website wildchilddna.com, was hired to be the sole Programing Manager & Station Consultant for the cultural urban online/mobile radio platform Muzik Xposé radio (MuzikXpose.net), remodeled my home studio to do live virtual events and I have launched my clothing apparel line Be Great Apparel. Currently, I can be heard DJing various Private events and Live to the public every Saturday at Sangria Patio Bar in the Mt. Vernon area of Baltimore city, where I’ve been the resident DJ for the last four years. I also do a weekly live mix show on my website wildchilddna.com every Wednesday & Thursday Morning from 10 am-12 pm est, which is also digitally syndicated, airing worldwide on creative stream live radio app and power 102 jamz app along with all of my social sites i.e. Twitch, Periscope, Twitter, IG, Facebook & YouTube.

Throughout my career, I have been inducted to be a member of the largest Dj organization in the world “Core DJs Worldwide”. Thus far I have released over 300 mixtape titles and traveled the world DJing in Okinawa, Japan; Algarve, Portugal; Tenerife, Spain; Austin, TX; Atlanta, GA; Miami, FL; New York, Washington, DC and many other cities and states across the U.S. I look forward to getting back on the road and traveling to other countries doing what I love soon!

Can you talk to us a bit about the challenges and lessons you’ve learned along the way. Looking back would you say it’s been easy or smooth in retrospect?
I wouldn’t say it’s been a smooth road. The Music industry is a constantly changing industry with various layers. I’ve found that continuously learning and staying ahead is the key to get through any challenges. The main challenge as with most independent companies is finances and manpower… you always need more man power, but you don’t always have the finances to pay for the help needed nor have all of the finances you need for the resources you need to reach your end goal. Before the pandemic was a bit of a struggle at the very beginning but I worked through that with out too many major issues.

Can you tell our readers more about what you do and what you think sets you apart from others?
My companies specializes in multiple things. Round Table Music Group is an independent contractor for DJ, Sound, Corporate Events, Private Events, Music and Artist services. My BGA Apparel Line specializes in Unisex Apparel for Men & Woman with a current focus on T-Shirts, Shorts, Hoodie Sweatshirts, BGA Face Masks, Snapback Crowns (Hats) and personalized Patch Jean Jackets. All apparel can be found on wildchilddna.com/apparel.

The main thing that sets me apart is that I have a strong belief that I can do anything and anything I do has to be done with the intention of Greatness with No Excuses. As a DJ, I play all genre’s so there aren’t many if any event’s that I would not be able to do. The thing that I’m most proud of is being able to maintain and stay afloat being 100% independent and self employed since 2004 doing what I love while making my clients happy at the same time. Over the years I have seen so many people and companies come and go and I’m still around and thriving. My brand is always evolving and I’m also proud of the growth that it has gone through over the last 27 years.

If you need professional DJ for your private event, wedding, corporate event, birthday party, concert, tour or anything else feel free to reach out to me through my website wildchilddna.com and if you need some inspirational fresh apparel check out my shop on the website also!

What matters most to you? Why?
The most important thing to me is client satisfaction along with being respected for my services. In my business, it’s impossible to expand if you don’t have satisfied clients so customer satisfaction is always my 1st priority. In addition to that, it’s very important to be respected for the services that I provide because I have worked over 25 years to obtain a masterful skill set which many people who don’t know or understand the ins and outs of the business I’m in will undervalue. 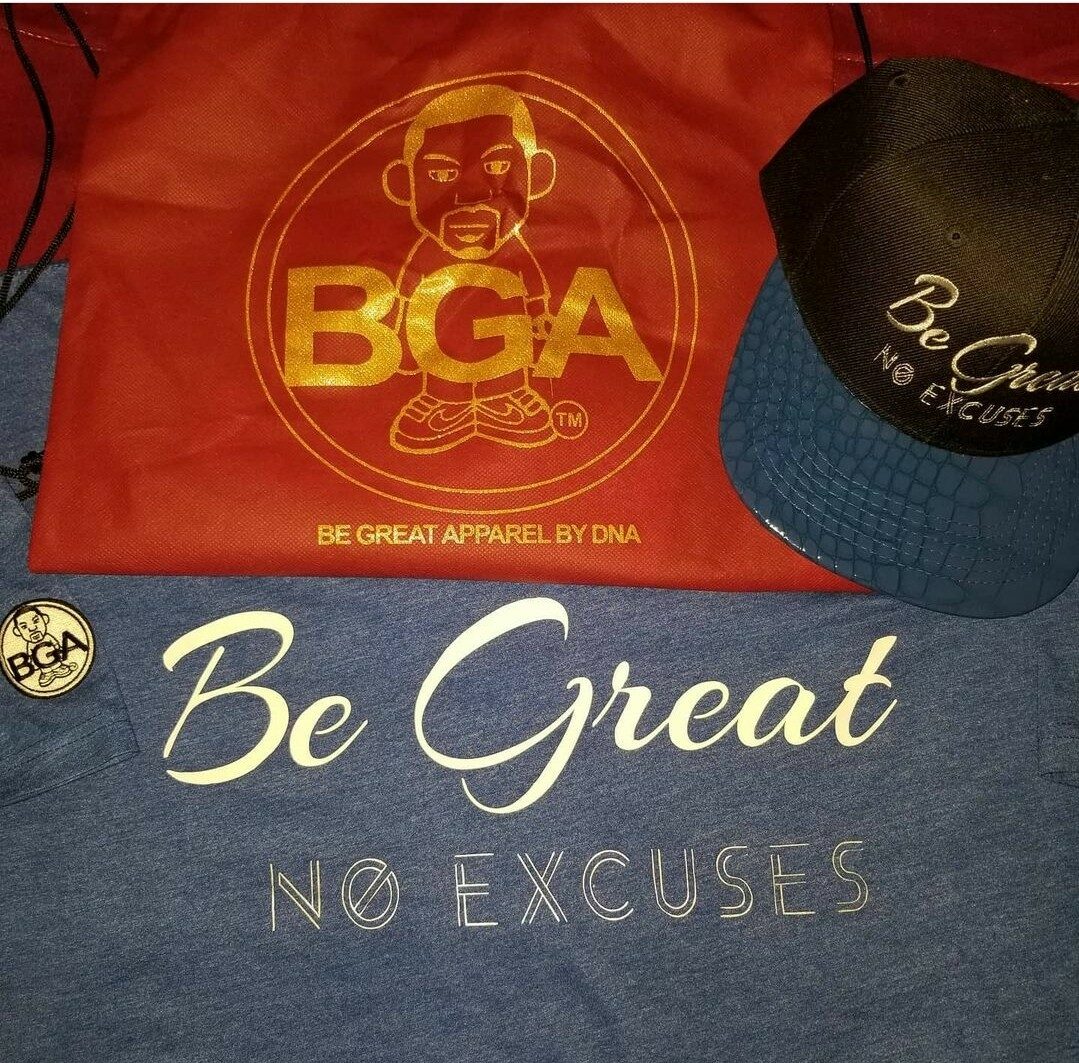 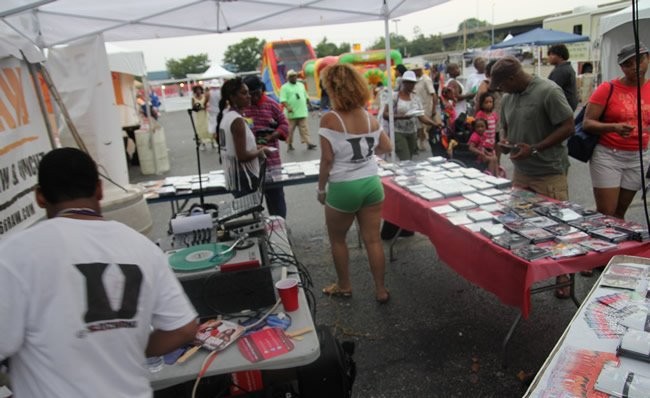 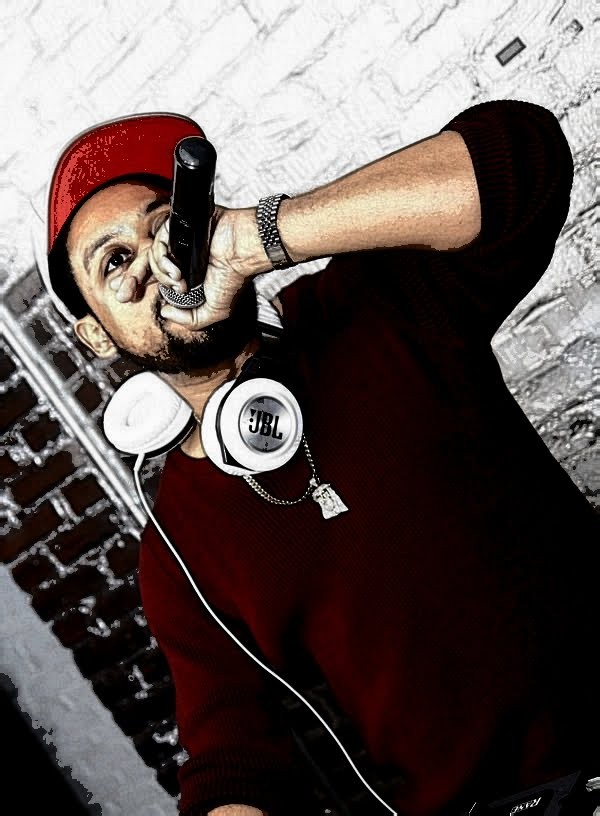 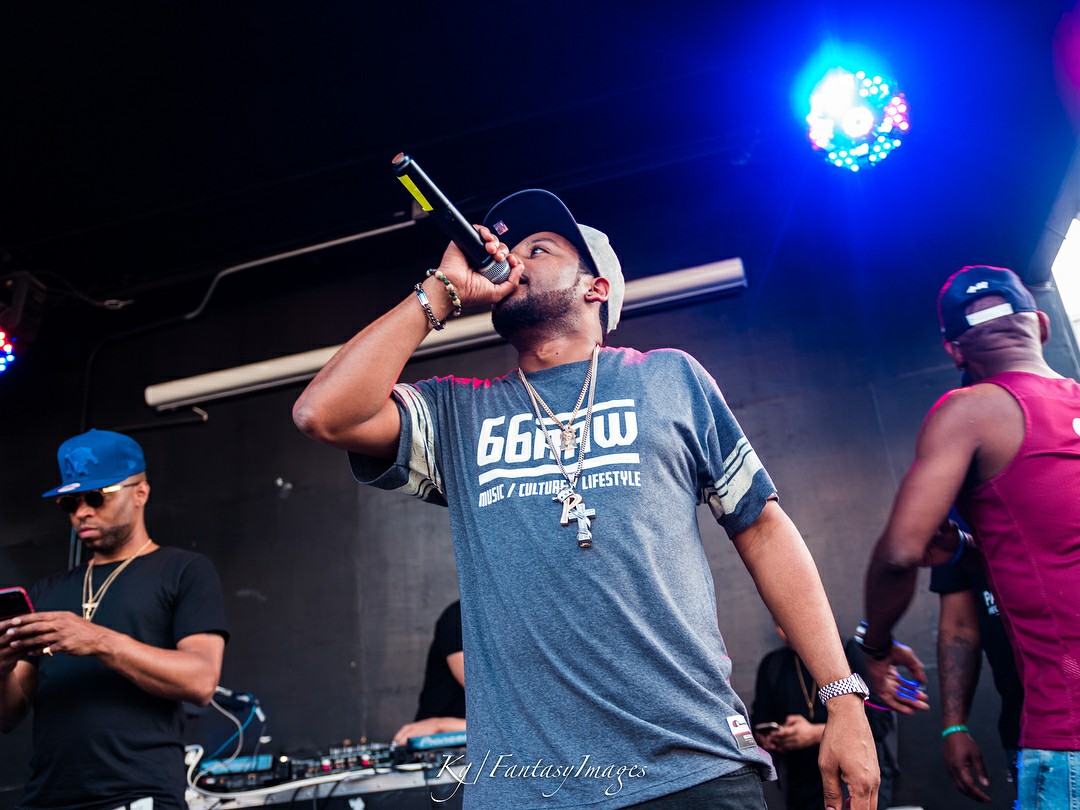 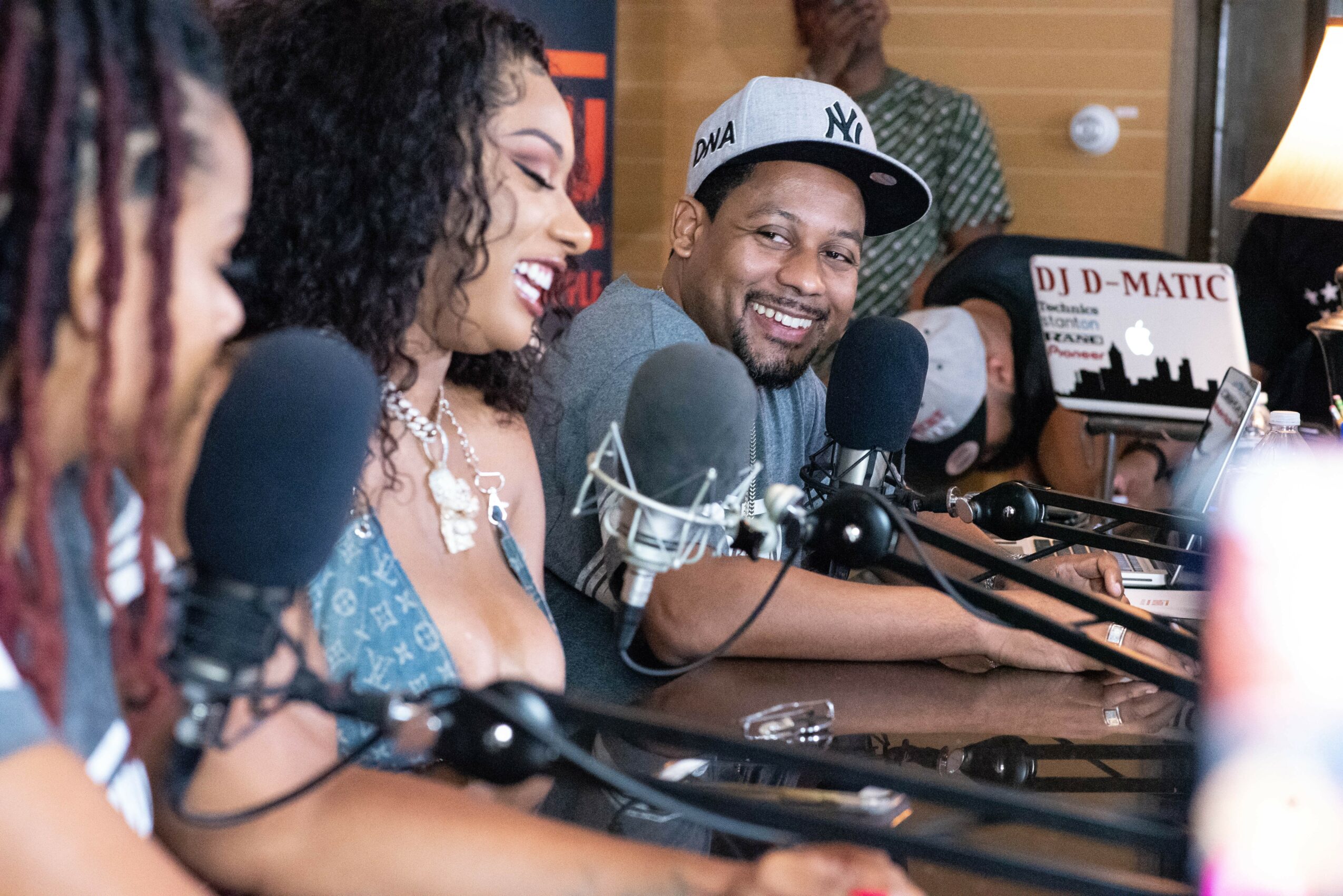 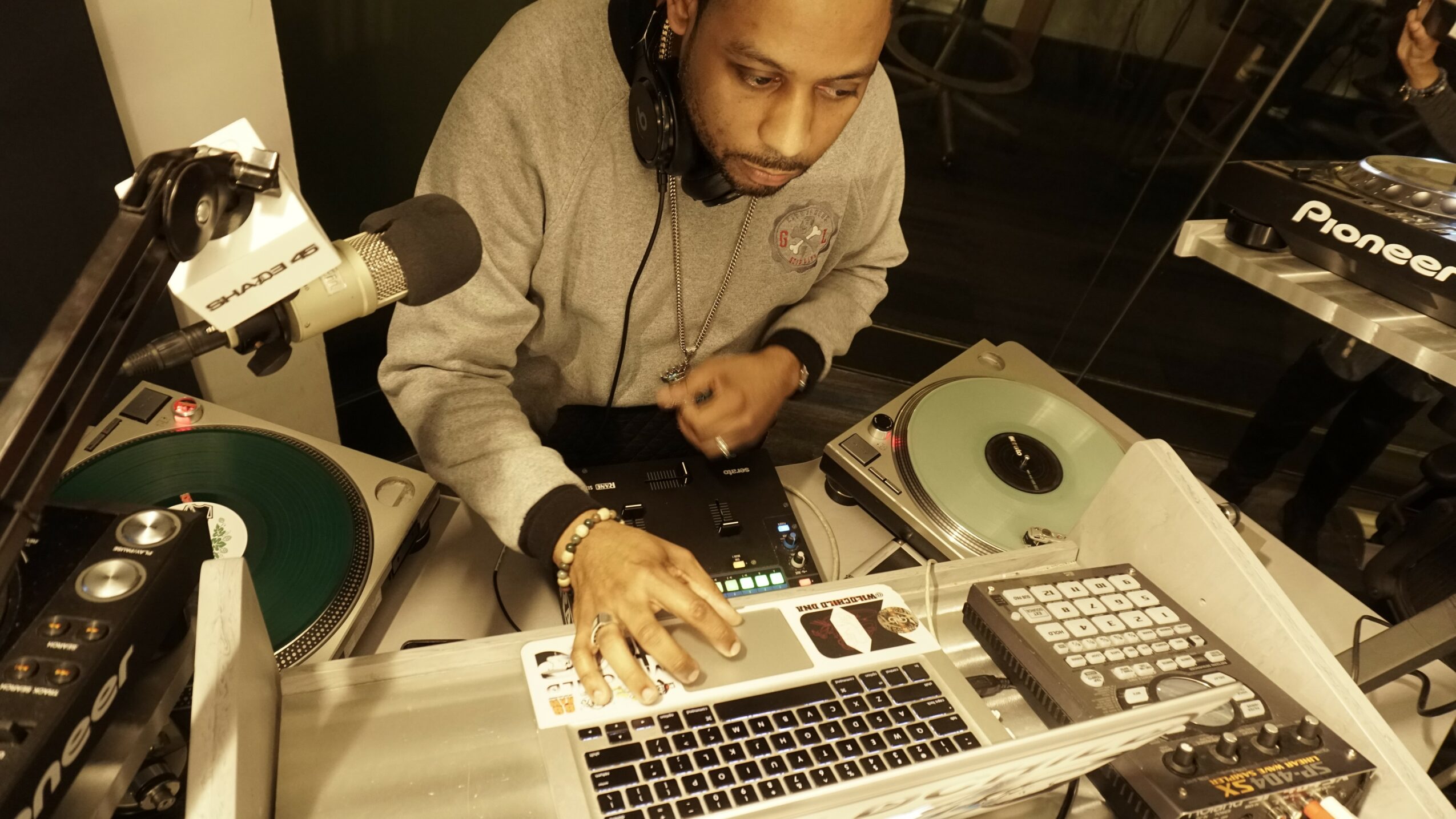 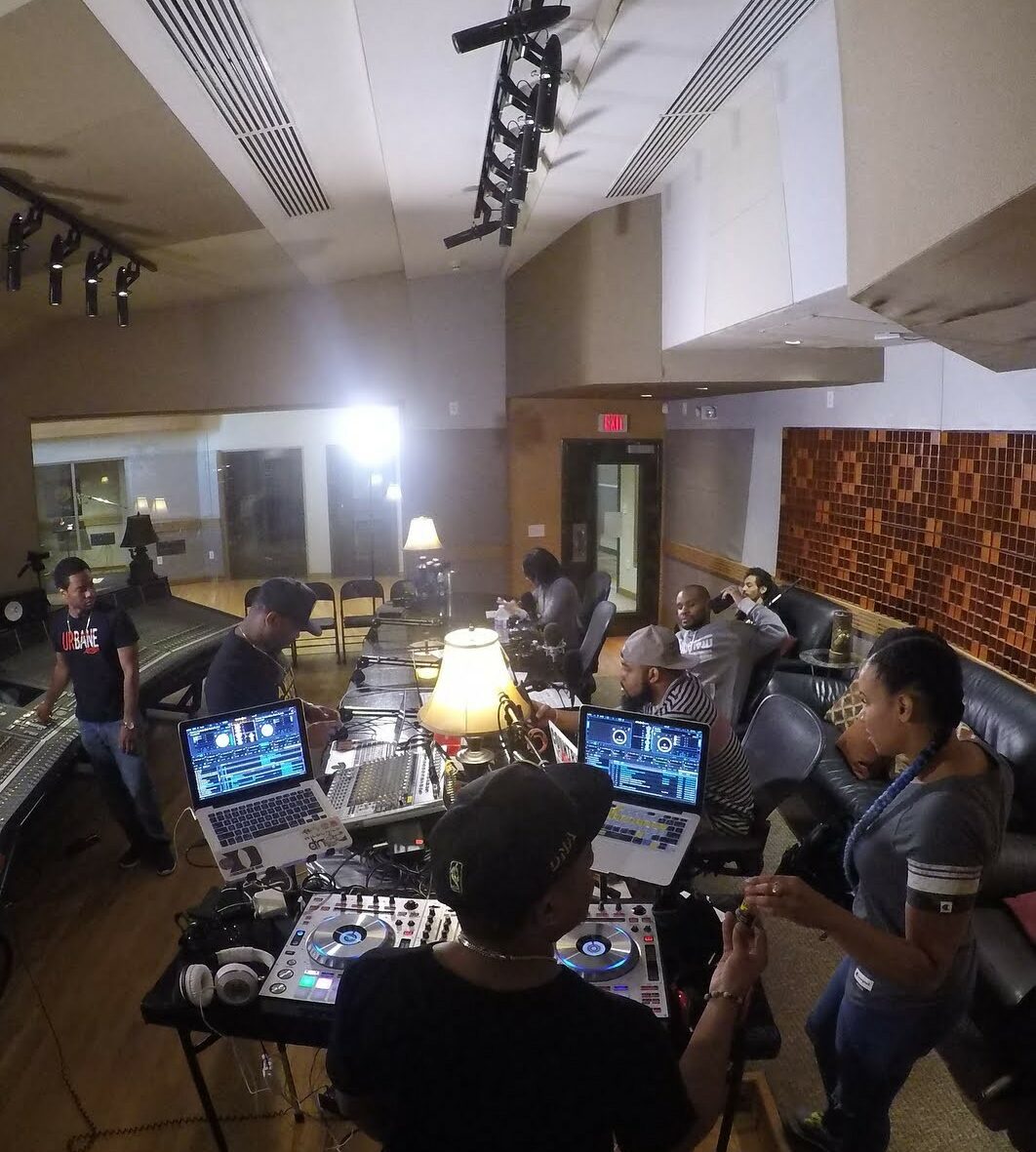 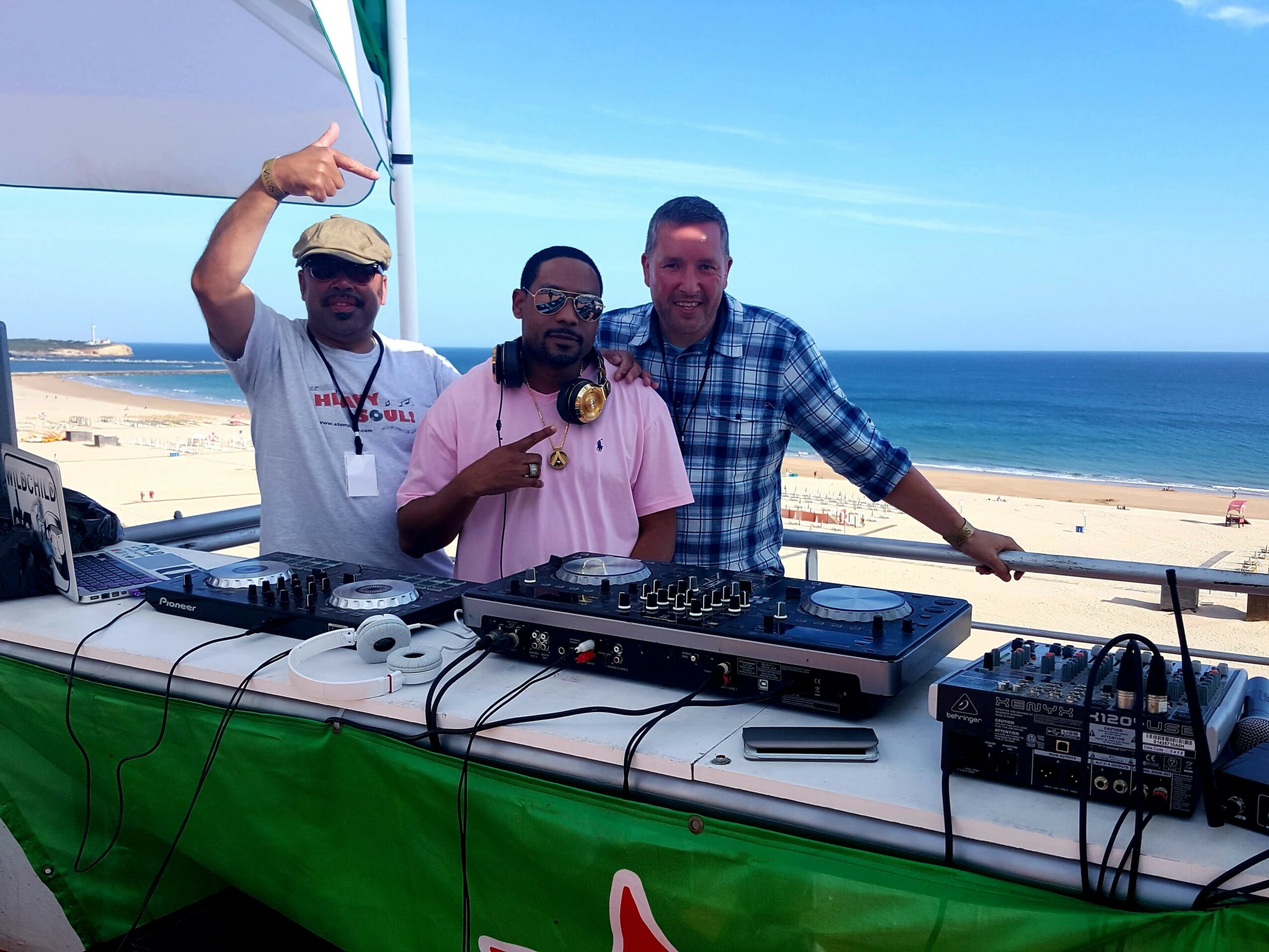 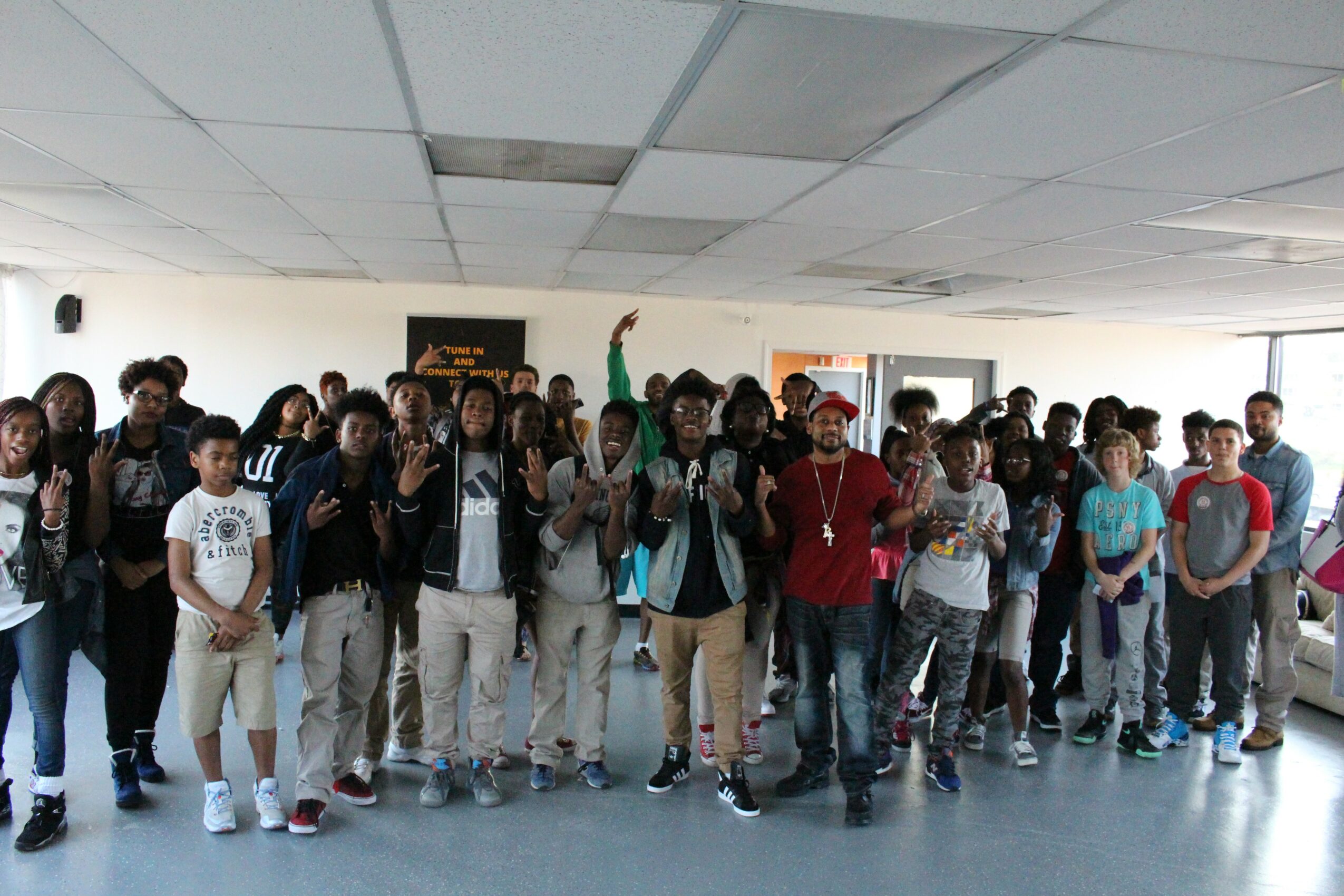