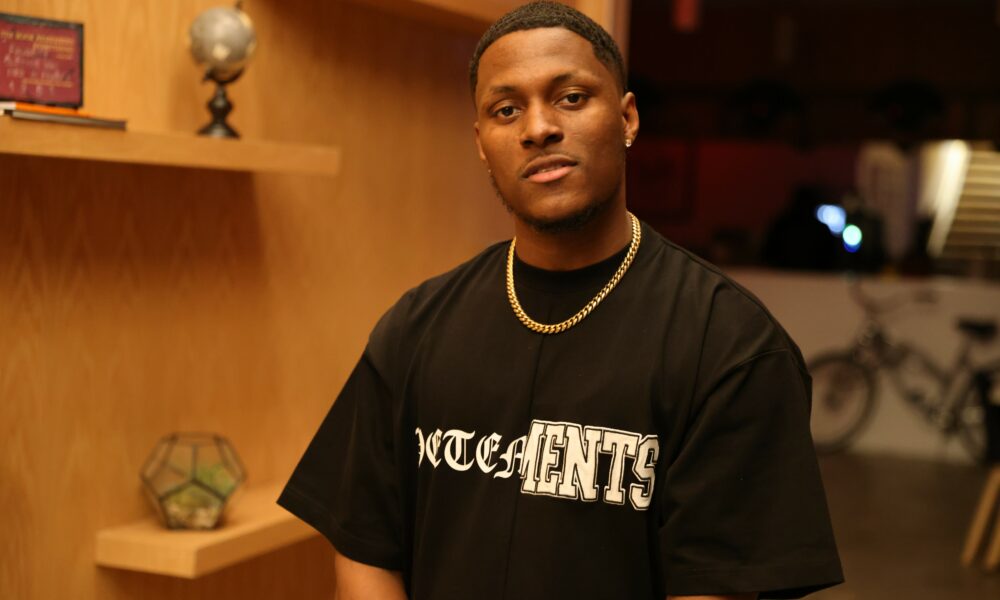 Today we’d like to introduce you to Mr. Jay Hill.

Hi Jay, we’d love for you to start by introducing yourself.
Hey, I’m Jay Hill. I started doing Radio for a small internet radio station called VVC Radio in Baltimore. I still remember like it was yesterday. I actually had to pay by the hour to have my show on air. Funny enough before meeting my friend Raven Paris, I never cared to do radio, but when a mentor of mine at the time saw she was having auditions for her show he thought I’d be great for It. Well, let’s just say, I sent in my audition tape and the rest was history. Coming in the game I always wanted more. I use to tell my team we were more than just an internet radio show, and eventually, my passion was recognized on a higher lever. I was able to land a job at DTLR radio where I was able to broadcast my talent nationwide. But with great power comes great responsibility. My show was broadcasted through the country in the DTLR retail stores which was great. However it aired on Saturdays in the mornings, and if you know anything about retail you would know most of the stores are just opening around this time on the weekends. I didn’t want to just be a guy on DTLR Radio so went back to the drawing board. That’s when I created a show called “No Ghostwriter” and it had instant success. I took DTLR Radio to the Next level. Having mainly local artist on my show we generated millions of view together… Baltimore Artist are a huge part of my success, as I am the same to them. I’ll never forget when we shot YG Tecks freestyle and saw the reaction It got. Eventually, me and DTLR had to go separate ways but that didn’t stop me from continuing to chase my dream as being a media personality. It was at that moment when I knew I couldn’t let me not working for a corporation my goals. So I brought all of my own equipment. From the Mics to the cameras, and I continued No Ghostwriter on my own. From there It was up. We recorded Shordie Shordie freestyle and it ended up doing 2 million views on YouTube. I always understood the importance of having a big company back you, so I didn’t stop looking for jobs in media as I understood the rooms It could get me in. I eventually got a job with WKYS in Washington D.C but used that to my personal gain. I built a team who gathered 100 artist, influencers, and other talent emails a week. I took those emails and emailed them from my radio one email to land independent interviews. Eventually, I got in trouble for it but it didn’t stop me from emailing people haha. Continuing to build my catalogue I created a podcast named “The Gemini Scorpio” Podcast along with my Girlfriend Sade aka Healerbae. We recorded every Sunday even through the pandemic and ended up landing multiple viral videos doing over 5 million views on Twitter. Always wanting more, I wanted more than just Baltimore and told myself I wanted to jump out of my comfort zone and put myself around more like-minded people like myself. So, I moved to Atlanta where now I continue to push forward in becoming the biggest independent Media personally in the world.

Would you say it’s been a smooth road, and if not, what are some of the biggest challenges you’ve faced along the way?
Mannn it’s been everything but smooth. I then applied for every single radio station there is, Literally. The Job I landed in D.C at WKYS I was literally working on for years m. I emailed my program director and DM’d him maybe 20’ times before landing the job as a board opp. I worked my ass off until they gave me an opportunity to be on-air and that’s exactly what I got. They gave me my own mix show on Friday nights. But again, that just wasn’t enough, and I couldn’t stop there. The road has had many bumps in the road. I then got fired from companies, suspended and more. I remember I would go in the office of DTLR every day just to say Hi so I could possibly put myself in the room for a possible opportunity. But all trials made me who I am today.

Thanks – so what else should our readers know about your work and what you’re currently focused on?
I’m just a guy who create moments. From hosting parties to create content. I’m most proud of my interview catalogue. Being able to get so many notable interviews on my own is what makes me smile, because It’s not easy at all. My work ethic sets me apart from so many because I’m willing to work a 9-5 and put the work in from 6pm-8am to accomplish my goals. I am the definition of “put something towards your dreams today”.

The crisis has affected us all in different ways. How has it affected you and any important lessons or epiphanies you can share with us?
I’ve learned that your most powerful moments are always at the end of a dark tunnel. What you may think is a disaster is only a blessing in disguise. Not to be incentive to all of the lost ones and broken families it caused. My condolences go out to everyone who lost someone through the pandemic. But for me it gave me so many opportunities to show my talent. It truly unlocked a different beast. I was able to learn my craft more, afford the equipment I needed and create more content for people who only had time to watch it. 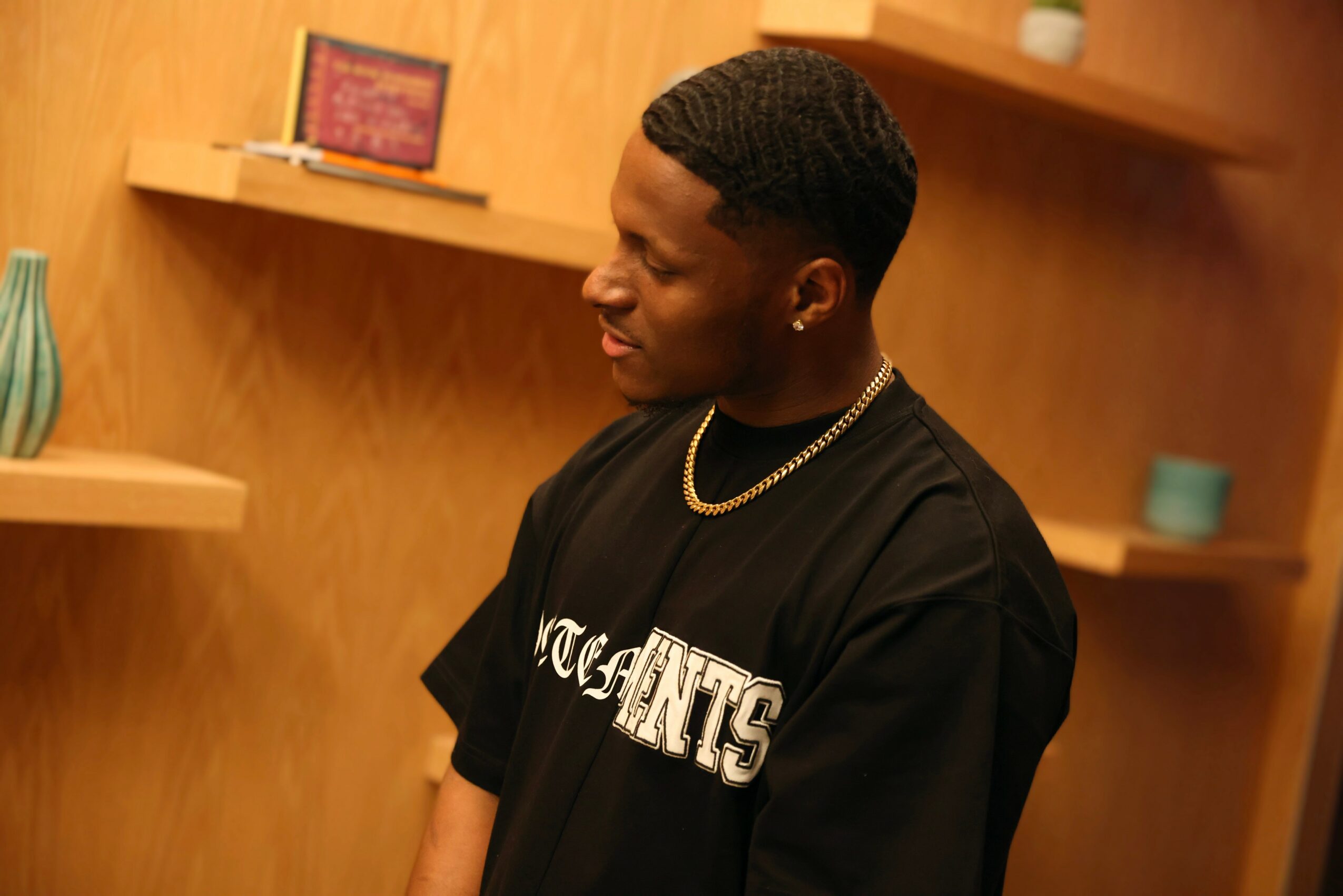 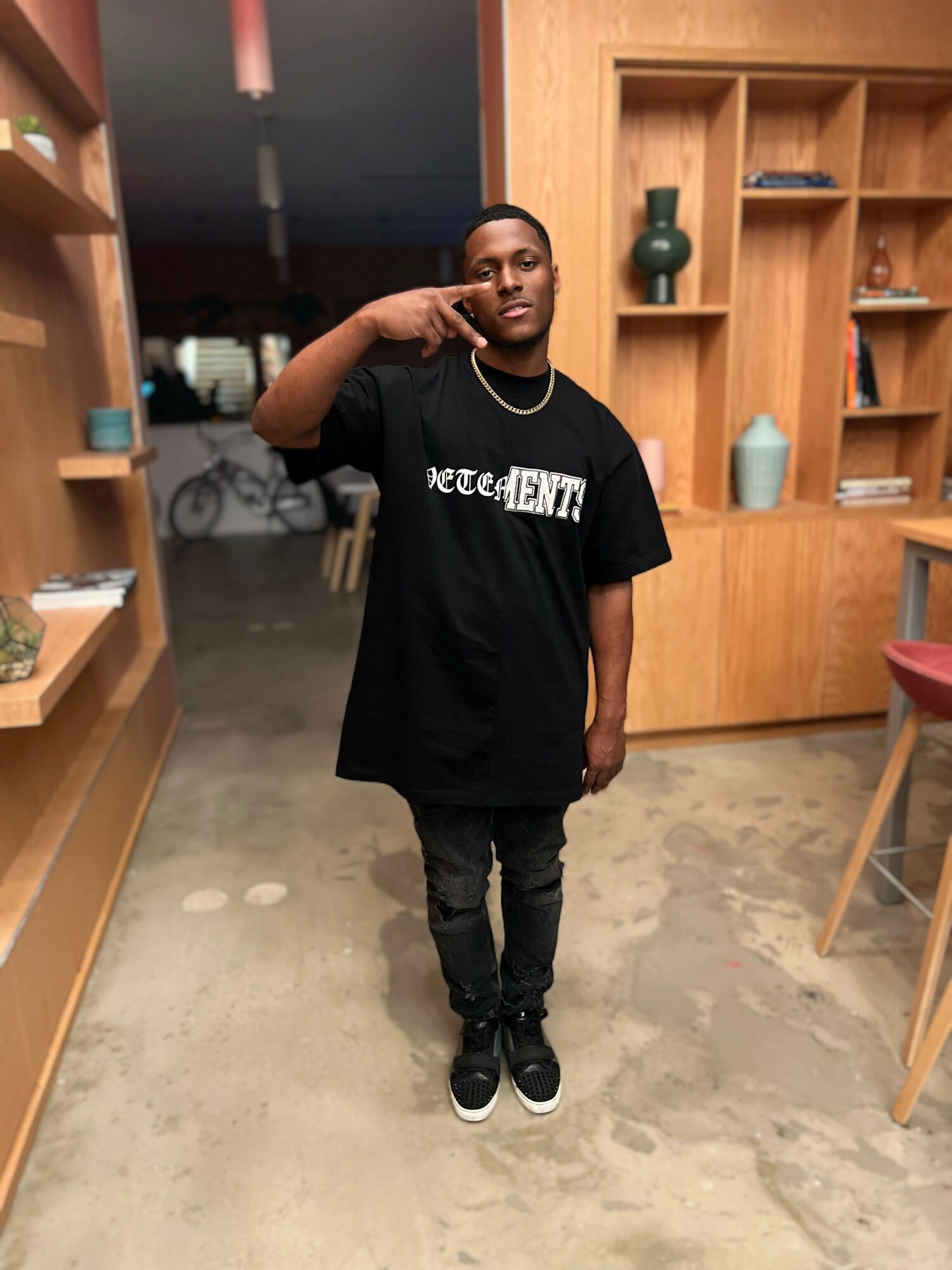 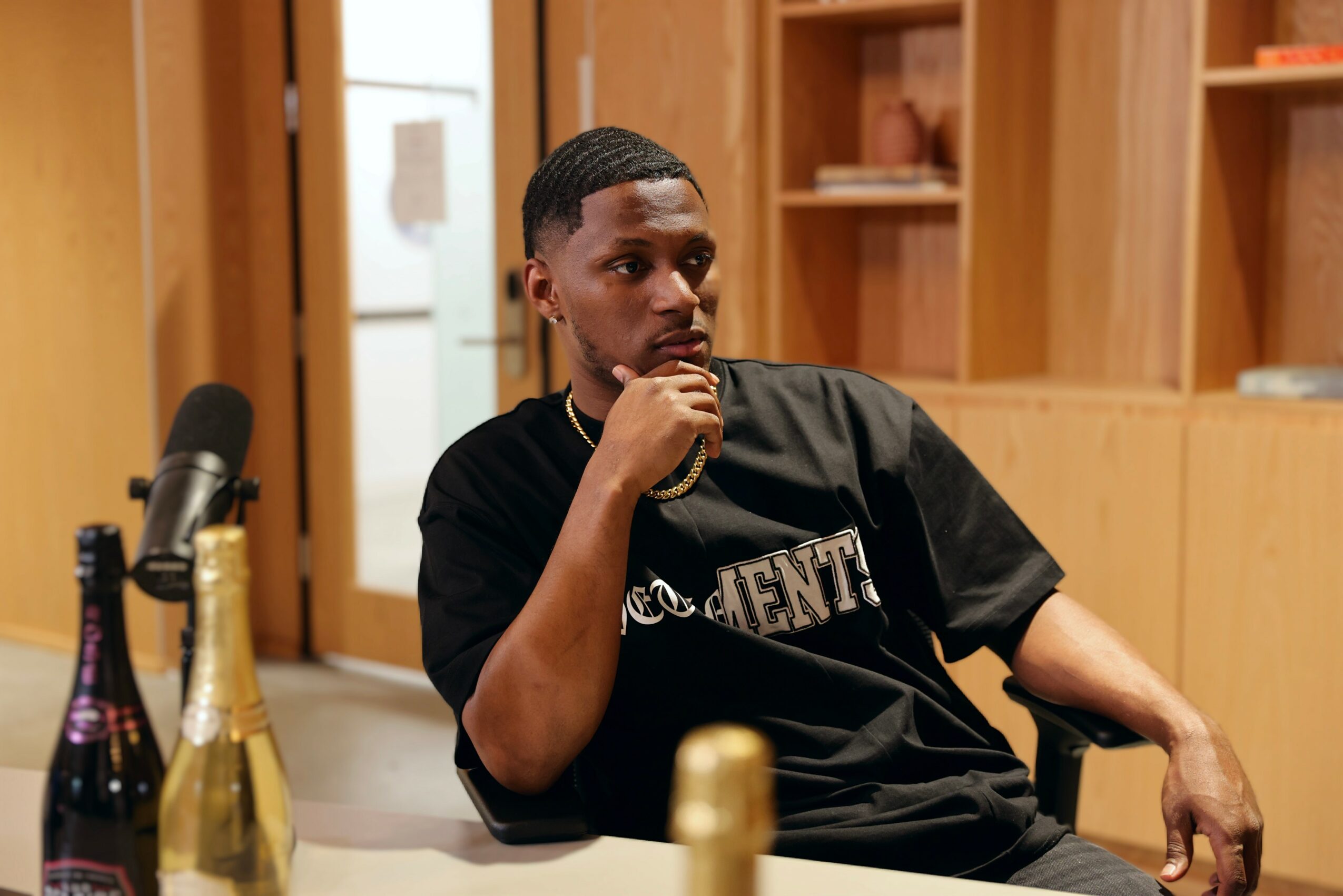 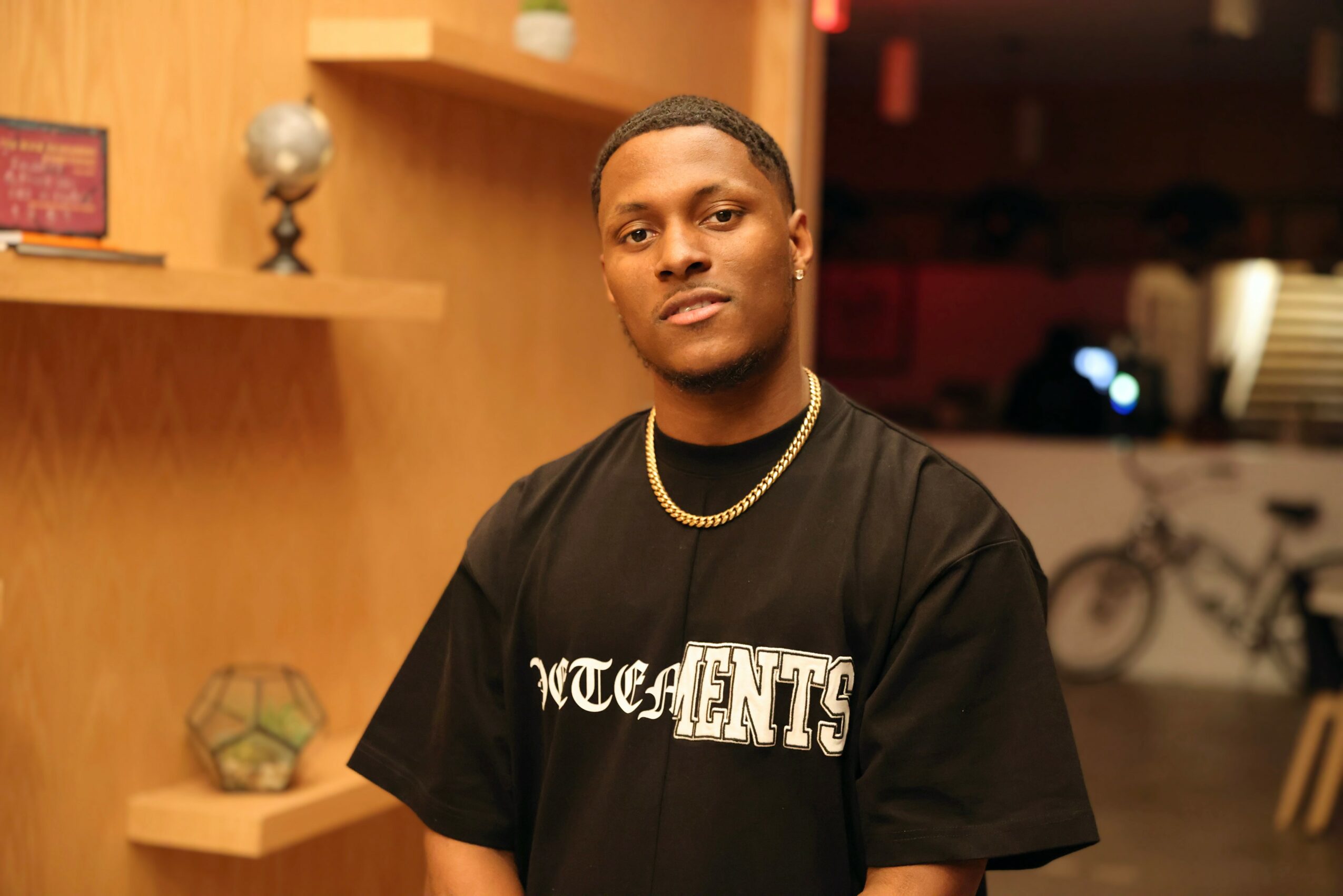