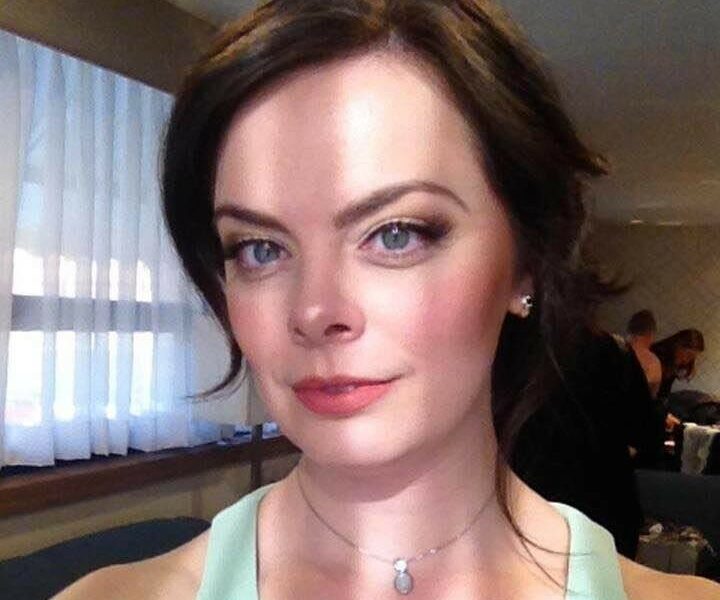 Today we’d like to introduce you to Brittany Holdahl.

Hi Brittany, please kick things off for us with an introduction to yourself and your story.
I’m the Executive Director of Argent Combat.  We’re a Philly-based organization of instructors and choreographers of Stage Combat, a specialized technique in Theater and Film designed to create the illusion of physical combat without causing harm to the performers. I became interested in the art of Stage Combat and Theatrical Violence during my sophomore year at Temple University. The inciting incident was when I was injured on a student film set and, in turn, injured one of my beloved colleagues when we were instructed to “fight” for multiple takes without any guidance or safety precautions established. The disturbing thing is that we were brutalizing each other with neither informed nor enthusiastic consent; we had viscerally harmed each other. For lack of better knowledge, everyone on set stood by to watch so they could “let art happen.”

At that moment, as a movement artist, aspiring method actor with ethics, and human being with a conscience, I sought to find out a kinder way of portraying visceral acts on stage and in the film that:

A.) Honored the playwrights’ and screenplay writers’ narrative clarity.

B.) Would provide the tools needed to ensure that these portrayals of brutality could be done repeatedly for performances without causing irreparable harm.

C.) Honoring the consent, agency, and autonomy of everyone on set and provide a safe space for audiences to explore life through the stories we tell with our art.

Fortunately, my alma mater has a force of nature on staff in the Society of American Fight Directors’ and Fight Directors Canada’s Fight Master, Ian Rose. He continues to offer courses in multiple Stage Combat disciplines at Temple University and independently under the Rose Academy of Armes in Philadelphia. Under his instruction, I’d passed certification in the disciplines of Unarmed, Single Sword, Smallsword, and Rapier and Dagger, earning Actor Combatant status under the SAFD.

I’d met SAFD then-journeyman J. Oliver Donahue through Ian’s classes. Oliver and I developed respect, camaraderie, and friendship that has lasted for over a decade now, and we anticipate many decades more. This respect and friendship have been so profound that we agreed to establish Argent Combat together in December of 2017, following Oliver’s instructor certification under both the SAFD and the FDC.

In August 2020, we agreed to spend the rest of our lives together as partners in life as well; we’ll be married October 2022.

– A board of ten incredible SAFD/FDC Actor Combatants and enthusiasts deep.

– An accumulative following of 2.5K prospective and current students.

– A collaborative report with around twenty local theater companies and film production companies along the Northeastern corridor of the US.

– A home venue on the Ivy League campus of the University of Pennsylvania.

I can attest that we are just getting started, though we are in a good place. We have been privileged to encounter many kind artists and artisans on our journey, like that of Baltimore’s own Lewis Shaw, a theatrical bladesmith whom we have the privilege to call our friend and whose meticulously crafted blades are showcased in mine and Oliver’s engagement photoshoot (Special thanks to Ashley Smith of Wide Eye Studios for that fun and fabulous session!)

I’m sure you wouldn’t say it’s been obstacle free, but so far would you say the journey has been fairly smooth?
It has been a joyful journey, but it has not been a smooth one, and it continues not to be so for two reasons:

Theater professionals like us had taken a huge hit during the pandemic and we are still recovering.  Though many performing arts organizations were able to translate to remote performances, Stage Combat was a discipline challenged.  We weren’t able to choreograph violence or lead classes virtually with success or ease (we were especially concerned about safety), so we’d taken a hiatus.

The other reason is the inspiring yet exhausting efforts toward sociopolitical reform in our industry.  Despite the efforts of Argent Combat as well as our parental and sibling organizations, our messages are still muffled consistently by the very people who seek to exploit the vulnerable and oppressed for selfish gain, namely: producers and artistic staff who actively abuse performers or cut corners out of negligence for performers’ well-being, those that whitewash casts and/or don’t cast LGBTQIA+ or disabled performers to portray characters within those communities, and artistic teams not paying staff and performers what they are worth… just to name a few. It is always painful to see audiences and critics go so far as even to glorify abuse: Method actors that harass and abuse colleagues are often excused as “passionate,” actual injuries accrued on set are “suffering for one’s art,” directors that emotionally damage performers are called “visionaries”… the list goes on.
LGBTQIA+, Global Majority, disabled, self-harming, food- and shelter-insecure, and neurodivergent people are combatants faced daily with battles that cisgender, heterosexual, non-disabled, neurotypical, white people can’t even begin to fathom.
We still hear so many horror stories of bigotry and abuse behind the scenes of productions.  Until we are heard and advocated for, this is something we have to emotionally prepare for before entering any artistic project.  Argent Combat is very vocal about this and we lost a lot of supporters, job opportunities, prospective students, and former colleagues because of it.  Stage Combat schools; Diversity, Equity, and Inclusion specialists; and Theatrical Intimacy and Consent professionals constantly fight for validity in a world that seems to think that creatives who pursue careers in art must suffer for it.
I’m proud of our team (heroes in my mind) because they work so hard to aid this cause with how we conduct our art and by seeking to advocate for the rights of the exploited and amplify the marginalized.  There have been improvements, but we still have a long way to go.

Thanks for sharing that. So, maybe next you can tell us a bit more about your work?
Argent Combat is a Philadelphia-based organization of students, performers, choreographers, and instructors of Theatrical Violence and Stage Combat. Through our mission, we are dedicated to promoting safety and fostering the excellence and proficiency of action-oriented entertainment.

1.) To uphold the values of our mission statement.

2.) To encourage safe techniques for performers and enthusiasts.

3.) To adapt styles of historical and modern forms of combat to dynamic theatrical performances.

4.) To provide artists with the tools they need to develop confidence in their autonomy.

5.) To expand Theater’s influence by engendering new students and audiences who enjoy the expression of stories and emotions through theatrical violence.

To further these goals, Argent Combat routinely offers workshops and ongoing classes in various disciplines all over Philadelphia, and members can attend Regional and National Workshops all over North America.

Argent Combat is committed to the policy all students shall have equal access to programs without regard to:

– Except in those cases where specific physical limitations prohibit participation in performing the required skills in a manner safe to themselves or their participants.

Who else deserves credit in your story?
So many people!
My grandfather, Elmer McKechnie, Jr. without whom I wouldn’t have been convinced that pursuing Theater was the most pragmatic decision I could make. Fight Master Ian Rose, without whom I wouldn’t have developed a love for Stage Combat, nor had the opportunity to meet the love of my life, Oliver.
My parents for not only supporting but encouraging my passions.
My future in-laws, for enthusiastically welcoming me into their family.
Hark, Rachel, Rosie, Kiera, Kelci, Tobin, Greenstein, and Meg for being the best friends I could ever ask for.
All of Argent Combat for making me feel like the Nick Fury of our Avengers.
Arte Violenta, Rose Academy of Armes, the SAFD, and FDC.
The folks of our class venue, St. Mary’s at Penn, for convincing me with the kindness of their community that there is always hope and love.
And of course, my partner, Oliver, for so many years of adventure past and yet to come. 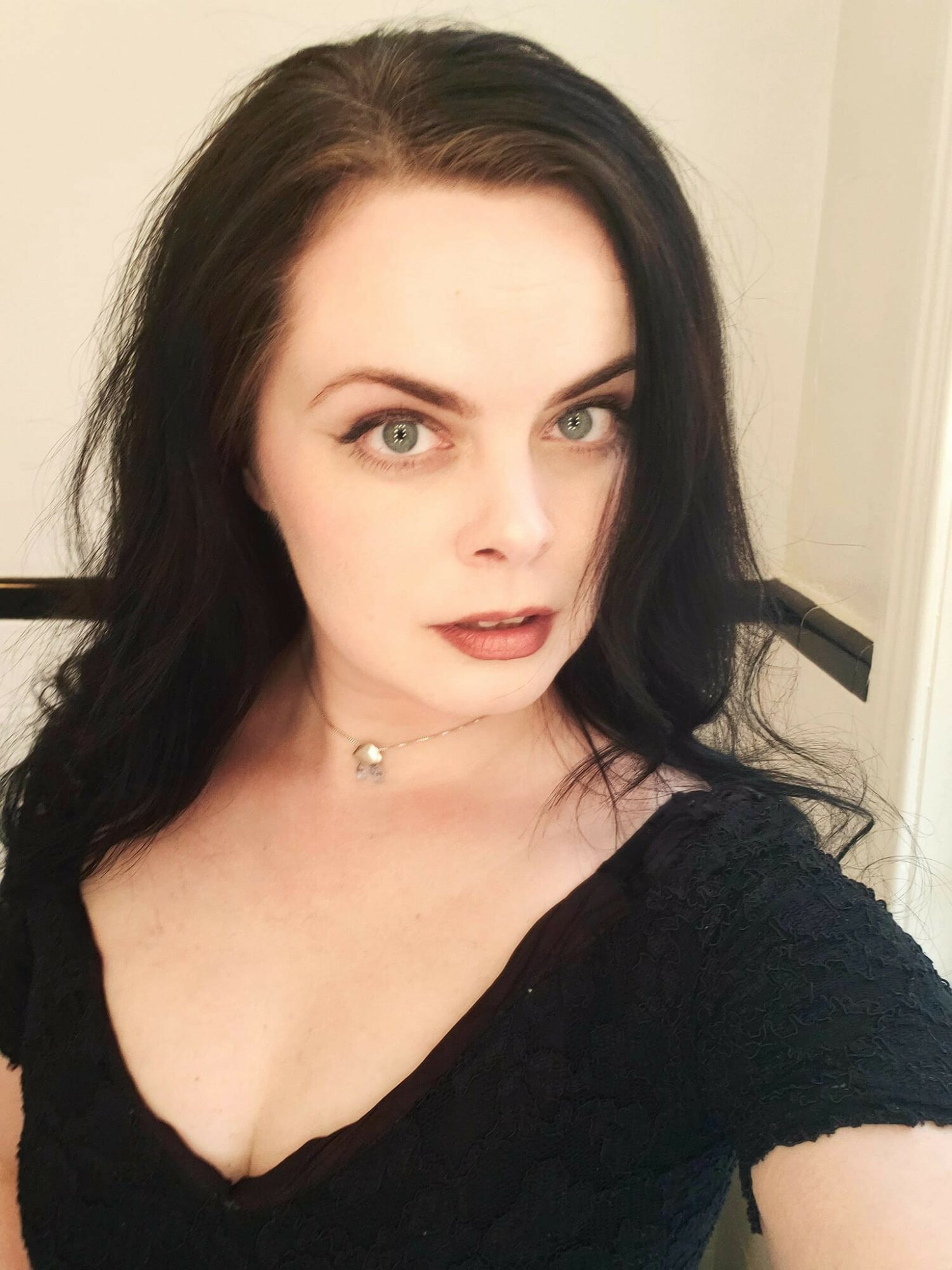 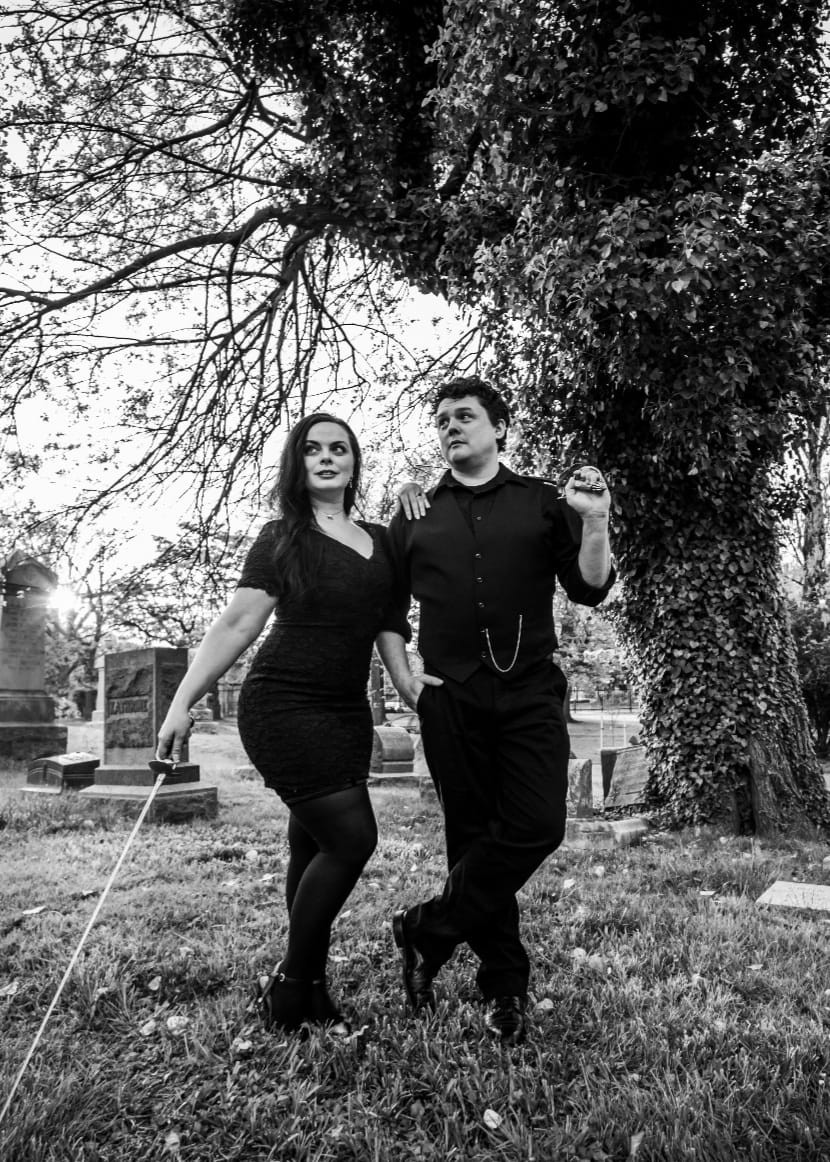 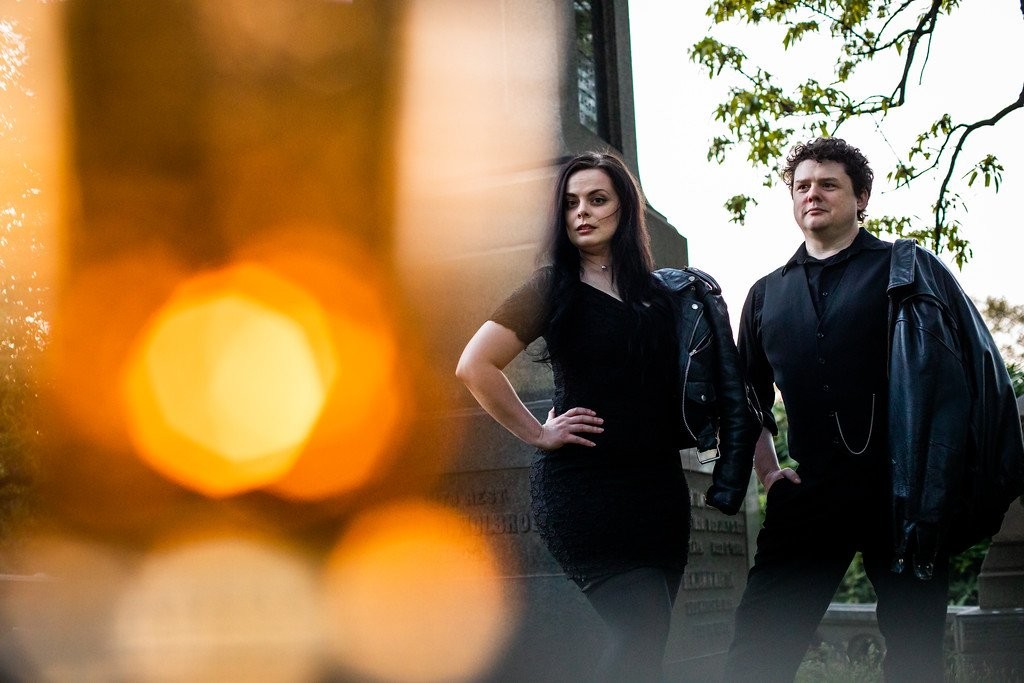 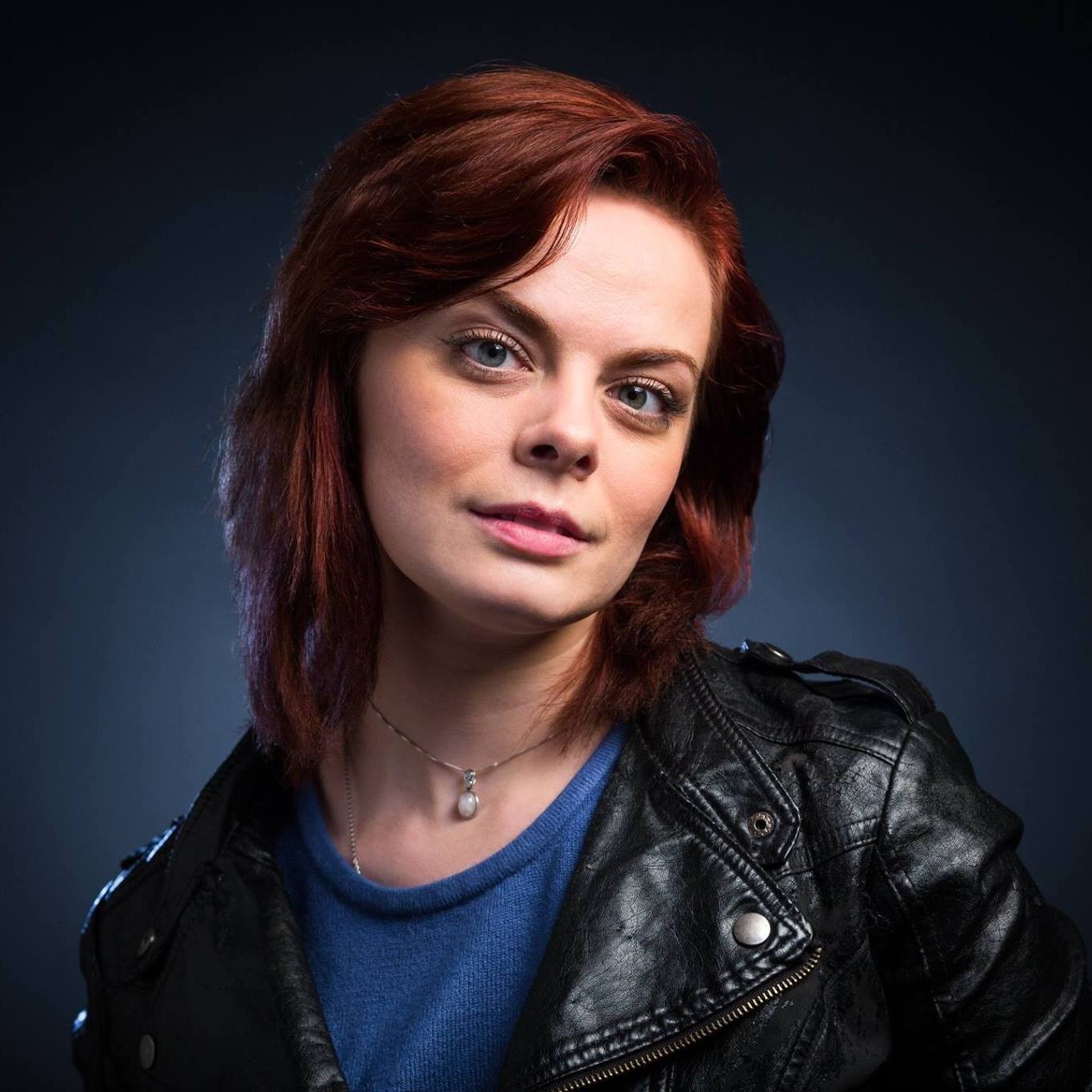 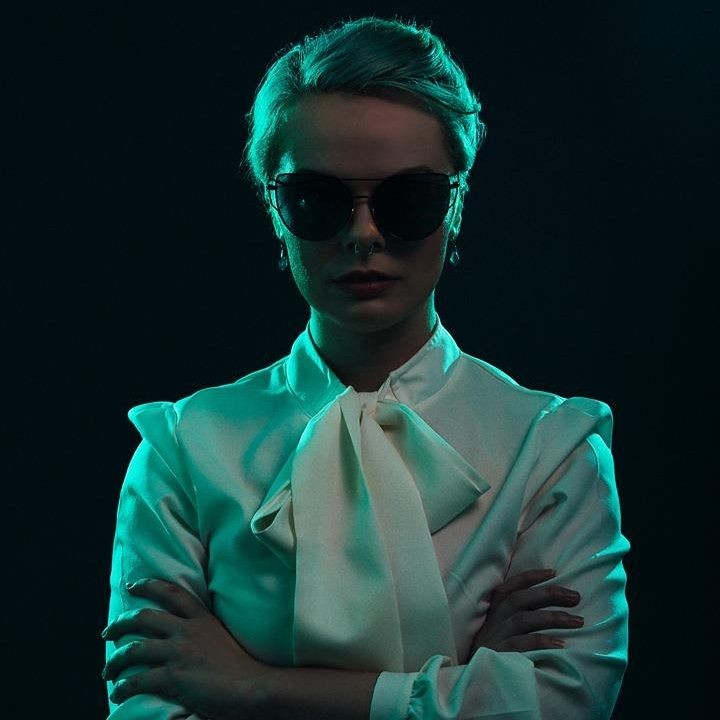 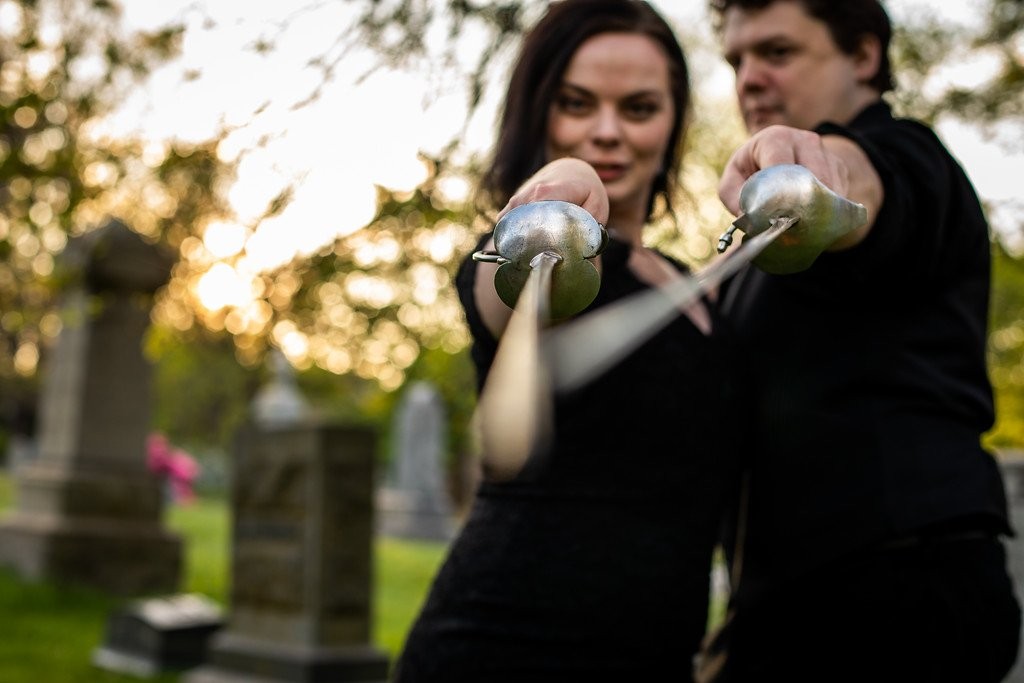 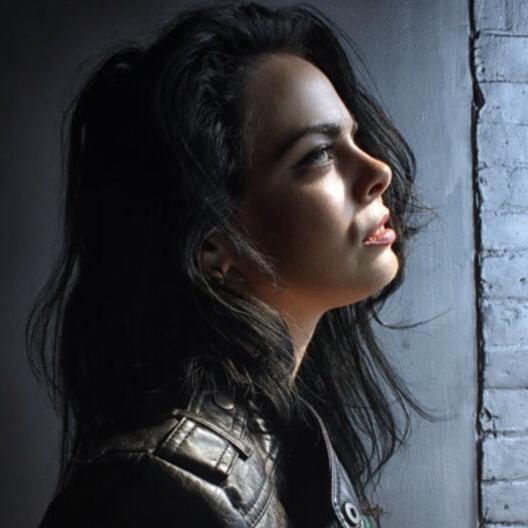