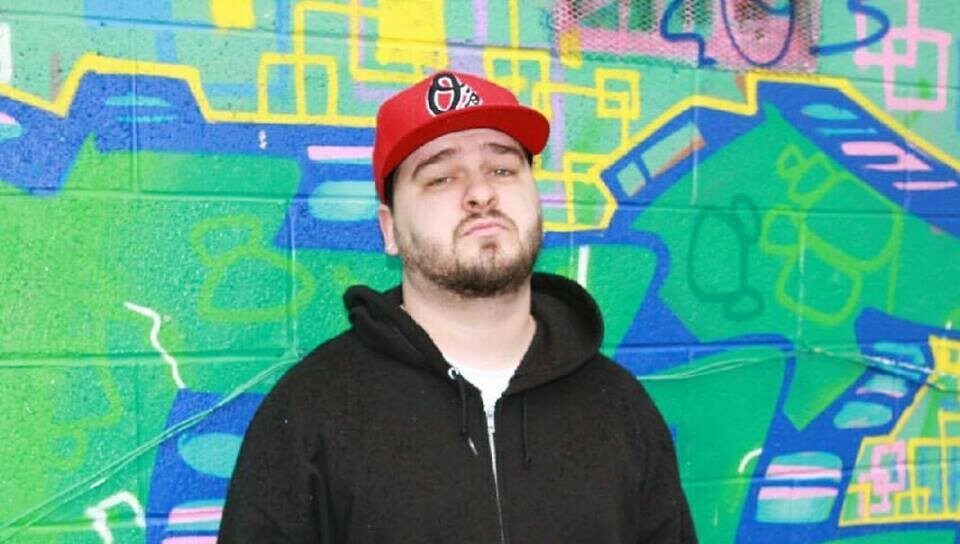 Today we’d like to introduce you to Ty Smitty.

Hi Ty, can you start by introducing yourself? We’d love to learn more about how you got to where you are today?
I have been listening to music my whole life. I first heard a rap on the radio and music videos on MTV when I was 5 years old, back in the early ’90s. I was influenced a lot by Dr. Dre, Snoop Dogg, Public Enemy, A Tribe Called Quest, Naughty by Nature, Cypress Hill, and Wu-Tang Clan. I was also big into rock bands like Guns n Roses, Metallica, Alice In Chains, Pearl Jam, Nirvana, Stone Temple Pilots, Soundgarden, and Rage Against the Machine.

The combination of hip hop, gangster rap, and grunge rock/heavy metal made me want to be a musician. I knew I couldn’t sing very well so I started playing and learning guitar and bass guitar when I was 14 years old. The music coming out had changed a lot by the early 2000s and I started listening to less and less rock music and more rap and hip-hop. In the late 90s and early 2000s, I was listening to Nas, Jay-Z, DMX, Juvenile, Lil Wayne, and Master P. I was in a rap-metal band playing bass from ages 14-19.

When I was 14, I also started writing rhymes for my band and turned to making rap music full-time in 2004/2005 when our drummer went to college and my band broke up. I have been writing lyrics going on 20 years. I’ve written hundreds of songs and started recording heavily in 2008/2009. So, I’ve been an independent rapper for over 10 years now. I’ve played over 30 shows in Baltimore and Annapolis, Maryland. I have released five mixtapes online and I’m about to drop my 3rd all-original album this winter.

Being white my parents didn’t want me listening to black music especially the really explicit lyrics because they were racist and considered all rappers to be thugs and criminals but when Eminem came out my mom didn’t want me listening to any rap period. It was forbidden to buy any rap tapes or CDs until I turned 18 so I had to find rap anywhere I could from downloading it or borrowing CDs from my friends. There was something about hip-hop’s freedom of expression and the mid-tempo beats that I loved. The music was a way for me to rebel, create, and express myself through my own songs and lyrics.

Despite what my mother and other family members said, there was always an attraction to the music for many reasons. I always had lots of black friends and never had a racist bone in my body so I didn’t understand their prejudice towards rappers. I later found out my mother, her brothers, and sisters, and my grandmother was the only white family in their neighborhood. My mother was raised around all black people in Southeast Washington, DC so I was really confused as to why she was so against black people and black music, especially when she would talk black on the phone with my aunts and uncles.

I always had dreams of making rap my job and uniting different races through music because I saw how it divided people. This feeling was felt even more as black people were being killed by police and Trump became President and literally saw race, music, and politics divide the nation and families, especially mine. I still work and struggle to save up for money to fund my studio time, buy beats, and market myself online through digital distribution and social media.

I have never given up on my dream to be a full-time professional rapper and I don’t plan on it.

I’m sure you wouldn’t say it’s been obstacle-free, but so far would you say the journey has been a fairly smooth road?
It’s been really rough with backlash from friends and family for “trying to be black” and from black artists for being white rappers.

Not one person in my family has supported me and a lot of people I grew up with stopped supporting me the more serious I got with my craft and the more concerts I started to play.

I literally couldn’t get any of my white friends to come to my concerts in Baltimore.

Alright, so let’s switch gears a bit and talk business. What should we know about your work?
I write all my own songs. I pay for original beats to rap on and the studio time to record them all by myself. I’ve become known for my slick wordplay and punchlines along with dark heavy beats and angry lyrics. I think what sets me apart from others is the fact that I am white and I express all my pain and anger in my songs.

Hip-hop is about the struggle it’s not all puppies and rainbows. I’m most proud of myself for making songs with rappers that I listened to in high school and as a young man like Vast Aire, Akrobatik, Hanz On, and Baltimore’s own COMP who is a local legend and when he was signed to Def Jam he was made into a character for their video games.

It was an honor to work with all of them and especially rapping over a beat from Ty Fyffe who has produced songs for Jay-Z, Busta Rhymes, and many famous rappers. I think I bring a fresh and different perspective to rap and I definitely don’t sound like anybody else in the game now or in the past. 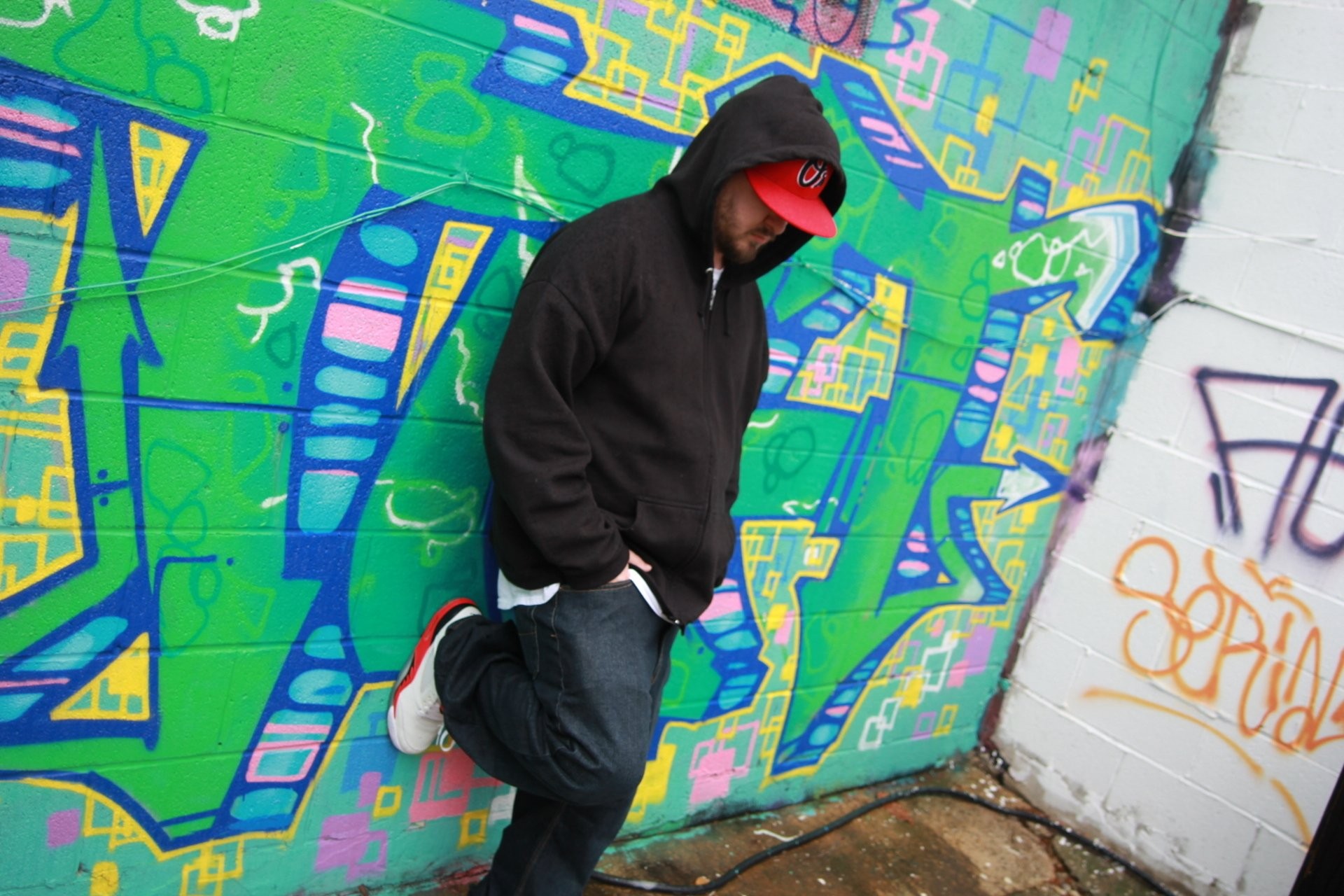 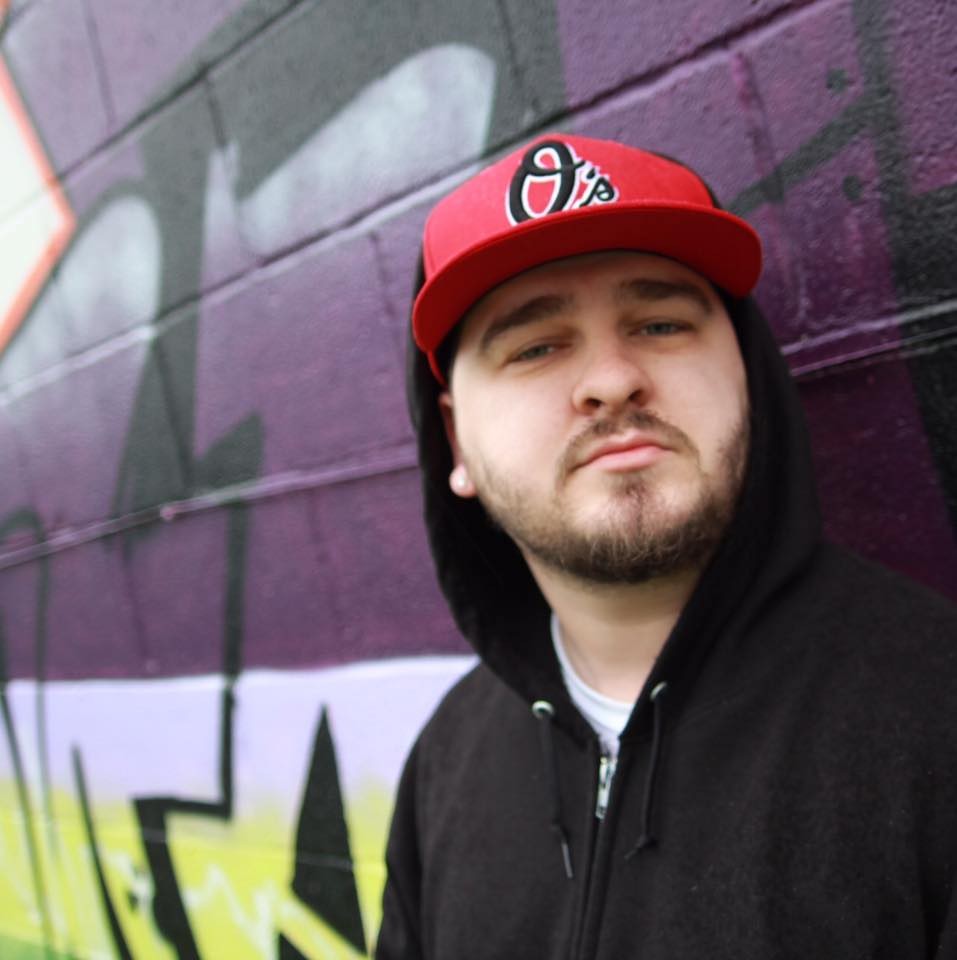 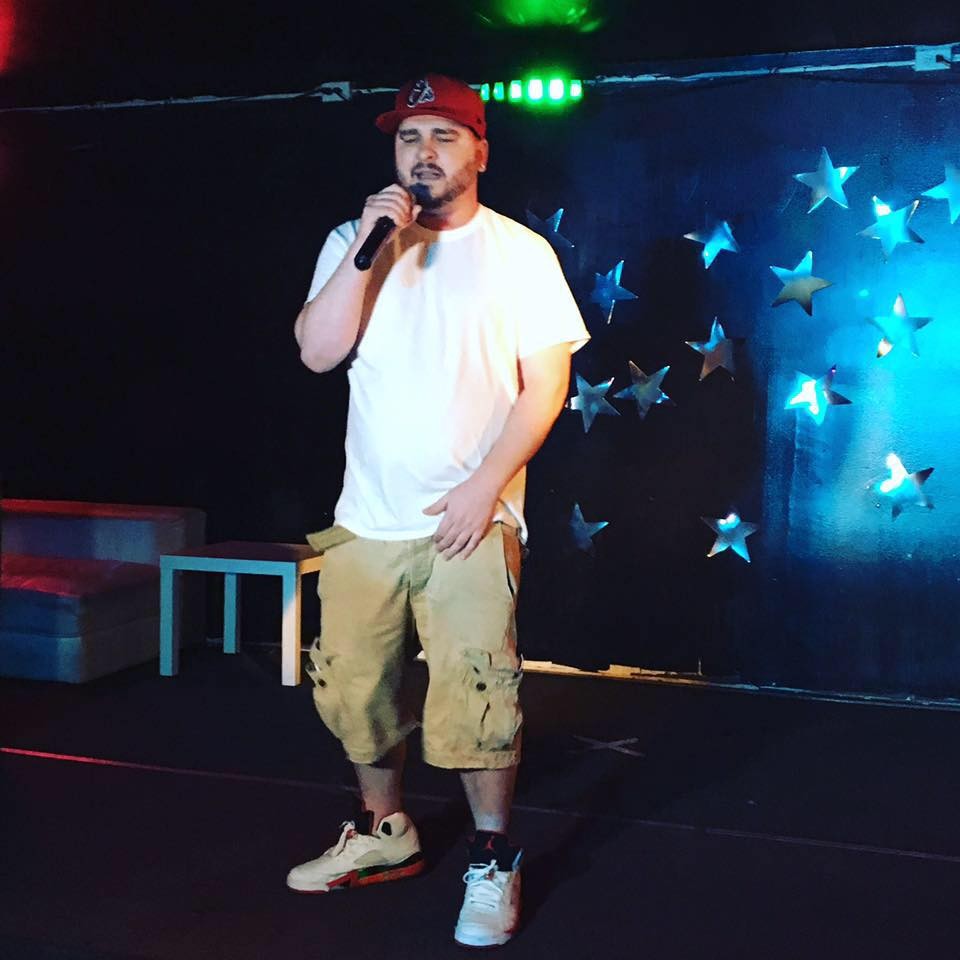 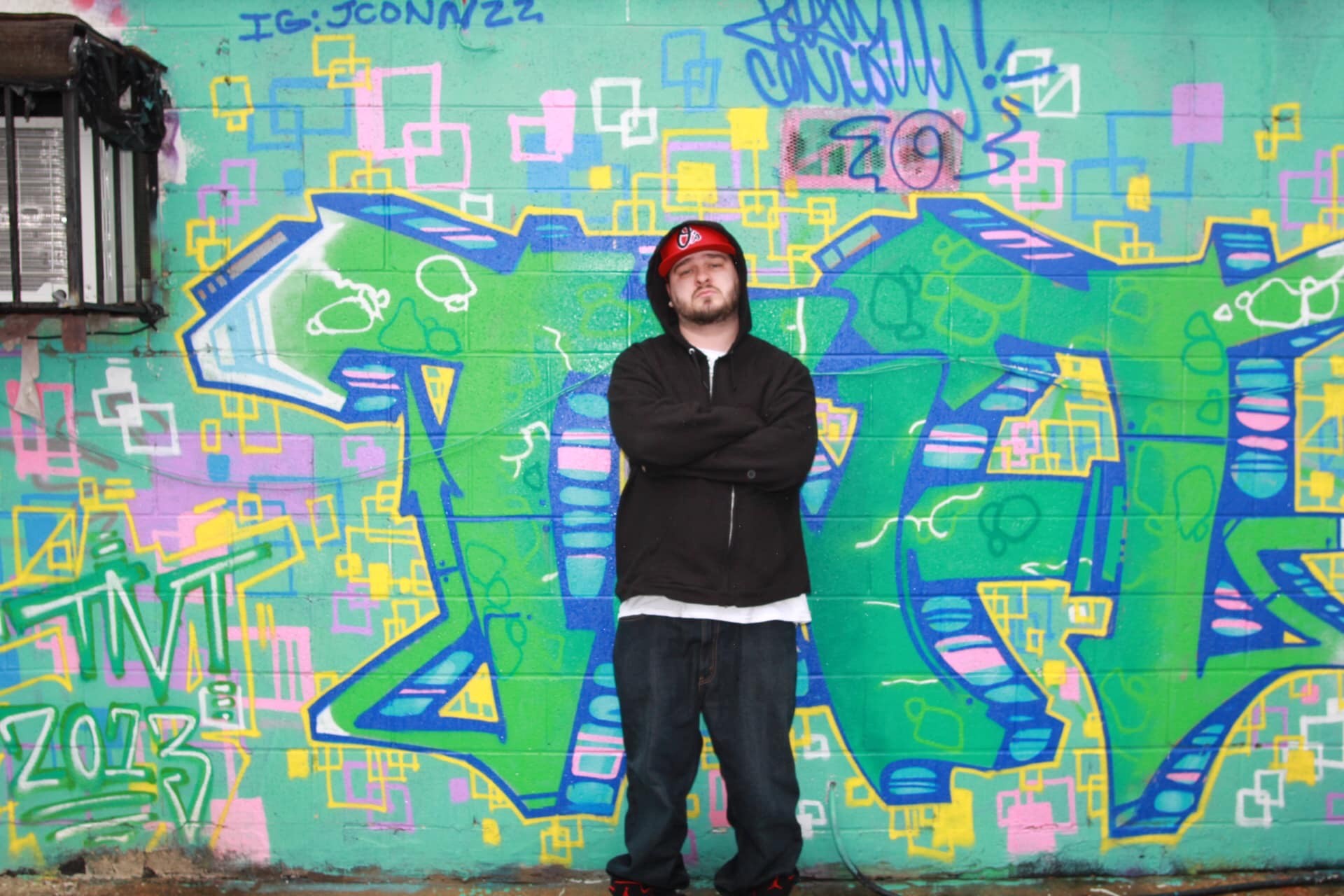 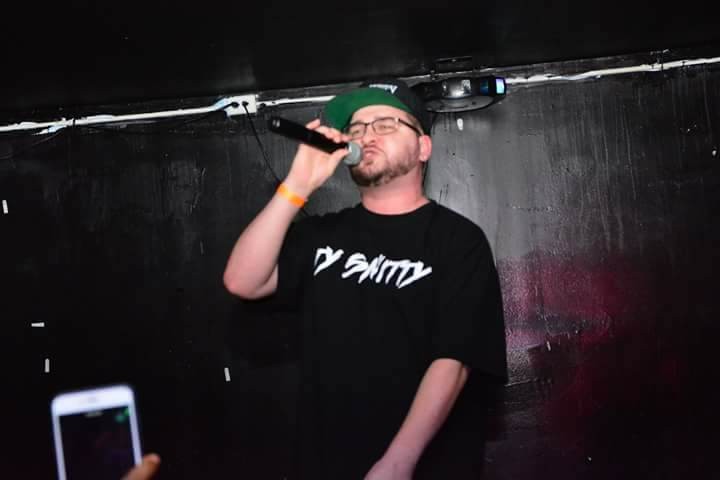 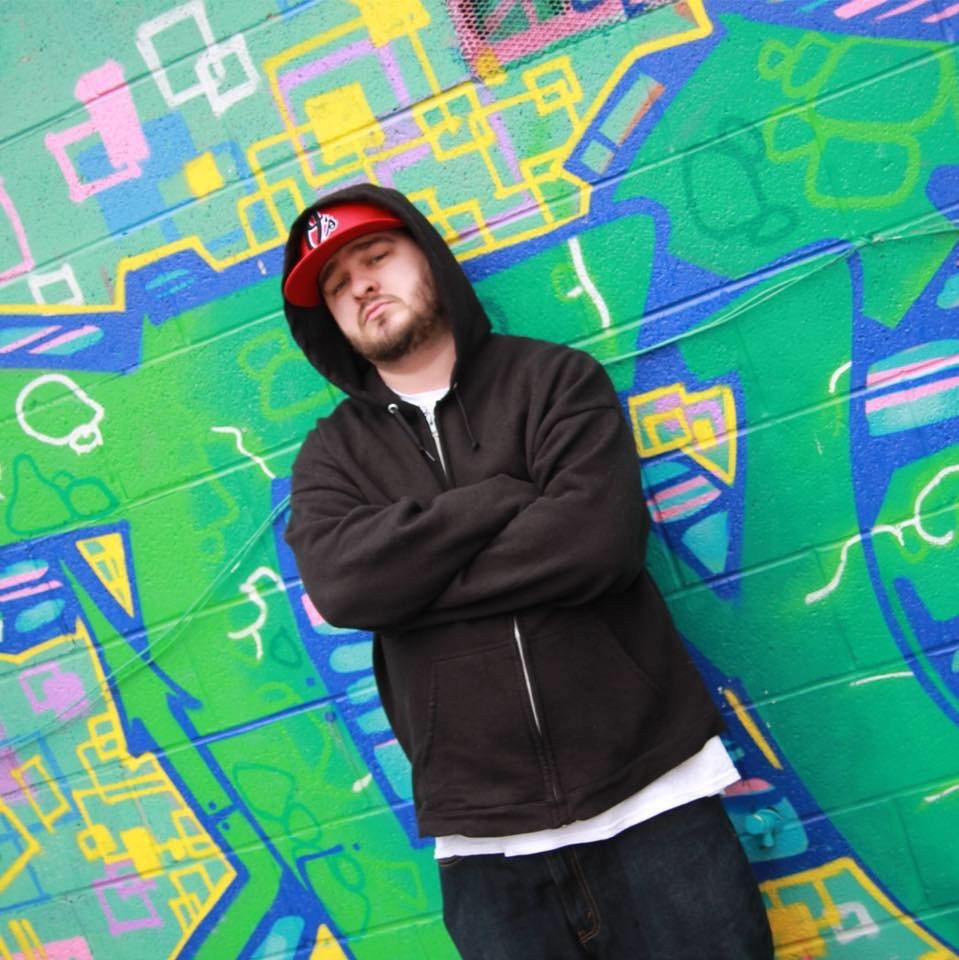