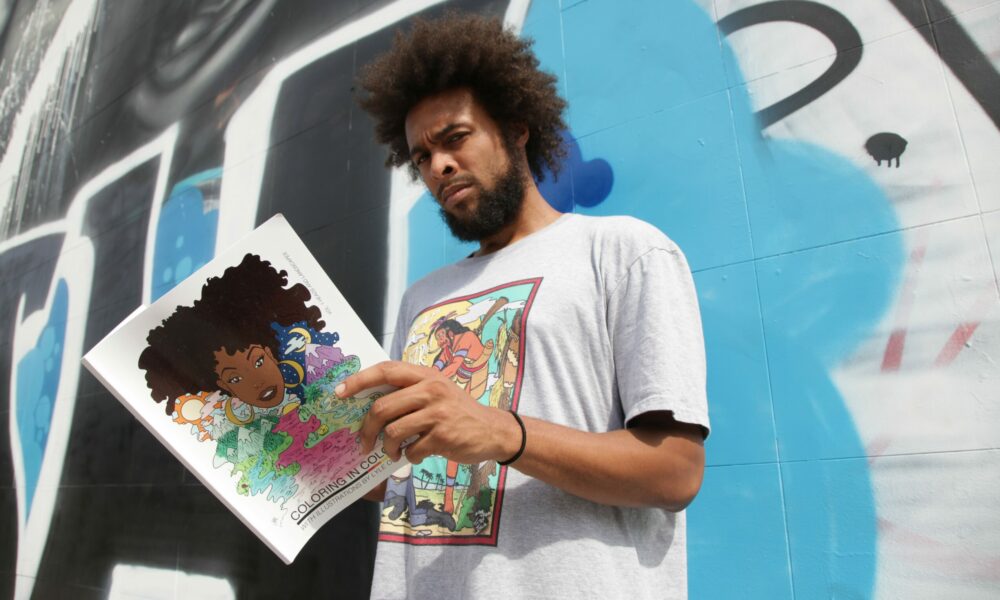 Today we’d like to introduce you to Lyle Omolayo .

Hi Lyle, so excited to have you with us today. What can you tell us about your story?
I am an artist from Plainfield, NJ. I specialize in both visual art and emceeing. I have been doing visual arts since I was a child. When I was 17, I had the opportunity to perform at NJPAC in front of legendary poet Sonia Sanchez. This prompted me to become an emcee. Since I have done 700+ shows up and down the east coast, west coast, Caribbean, and Central America. The Plainfield, New Jersey native, is a breath of fresh air for those who genuinely love hip-hop. Lyle Omolayo‘s musical influences include Lauryn Hill, Redman, Wu-Tang Clan, Busta Rhymes, The Fugees, Will Smith, Outkast, The Roots, Sean Price, Slum Village, and Black Star. His sound presents the rawness of hip-hop through a different scope, as he delivers diversity through his rhymes with an international feel and flow. Lyle Omolayo uses the art of music to express his views on love, seeing beauty in the struggle, political freedom, equality, and justice. His music is revolutionary and thought-provoking while at the same time being witty and lighthearted in its delivery.

Lyle Omolayo began working on his craft back in 2002 by making mixtapes in high school with his partner in rhyme Bixop. In 2006, he created a scholarship for his alma mater, Plainfield High School. It’s called the Emagin Book Scholarship, awarding college-bound graduating seniors money to help pay for books during their first year.

Hopping back on the music scene, Lyle Omolayo released his debut album (as mc enigma) Emagin in 2010. After noticing the steady influx of Latinos within the United States, Lyle Omolayo and Bixop saved up money and spent an entire year living in the barrios of Panama in 2011. This gave birth to Negros Americanos, a tri-lingual, hip-hop duo rapping in English, Spanish and Portuguese. While in Panama, Lyle Omolayo recorded and released three projects (as mc enigma); SARAH (Someone As Real As Her), which was a gift and dedication to an ex-girlfriend. The Sweatbox Unmixedtape is named after Lyle’s Cuarto in Ciudad Radial in Panama City and the introduction to the Negros Americanos sound, L.y.l.e. Rainy Season.

I’m sure you wouldn’t say it’s been obstacle-free, but so far would you say the journey has been smooth?
It hasn’t been smooth. Being different as an artist growing up in the urban community often makes us targets of simple-minded and unexposed folks. My body bears scars from multiple physical assaults growing up, as do my assailants. I have had my work ripped to shreds by teachers. I have been jumped, kicked in the face, and hawk spit on for being me. It has strengthened my resolve. I have also dealt with a drug arrest for cannabis (now legal in NJ) that cost me thousands and my career as a teacher. I have used every pitfall as motivation for my art. My uncle killed himself at my lowest point, and it divided my family; a cloud of gloom has hovered since. Art has been my refuge.

Alright, so let’s switch gears a bit and talk business. What should we know about your work?
I am known for my comics and rap with Negros Americanos. My comic features original characters and is based on my life; my art is mostly about depicting the beauty of my community. I specialize in drawing people of color based on actual and imagined people outside standard tropes. My line art and black and brown women are my signatures. My book Coloring in Colour features some of my most supported pieces from a series of heads and landscapes. As a rapper, I am known for controlling the crowd, getting people to think, and leaving them feeling empowered. This is extremely hard to do in hip-hop without coming off corny.

How do you define success?
Success is the ability to pursue a predetermined goal and make a living off that goal. In reality, that looks like me creating comic books, music, performing and teaching subjects I choose, and being able to afford a comfortable lifestyle. 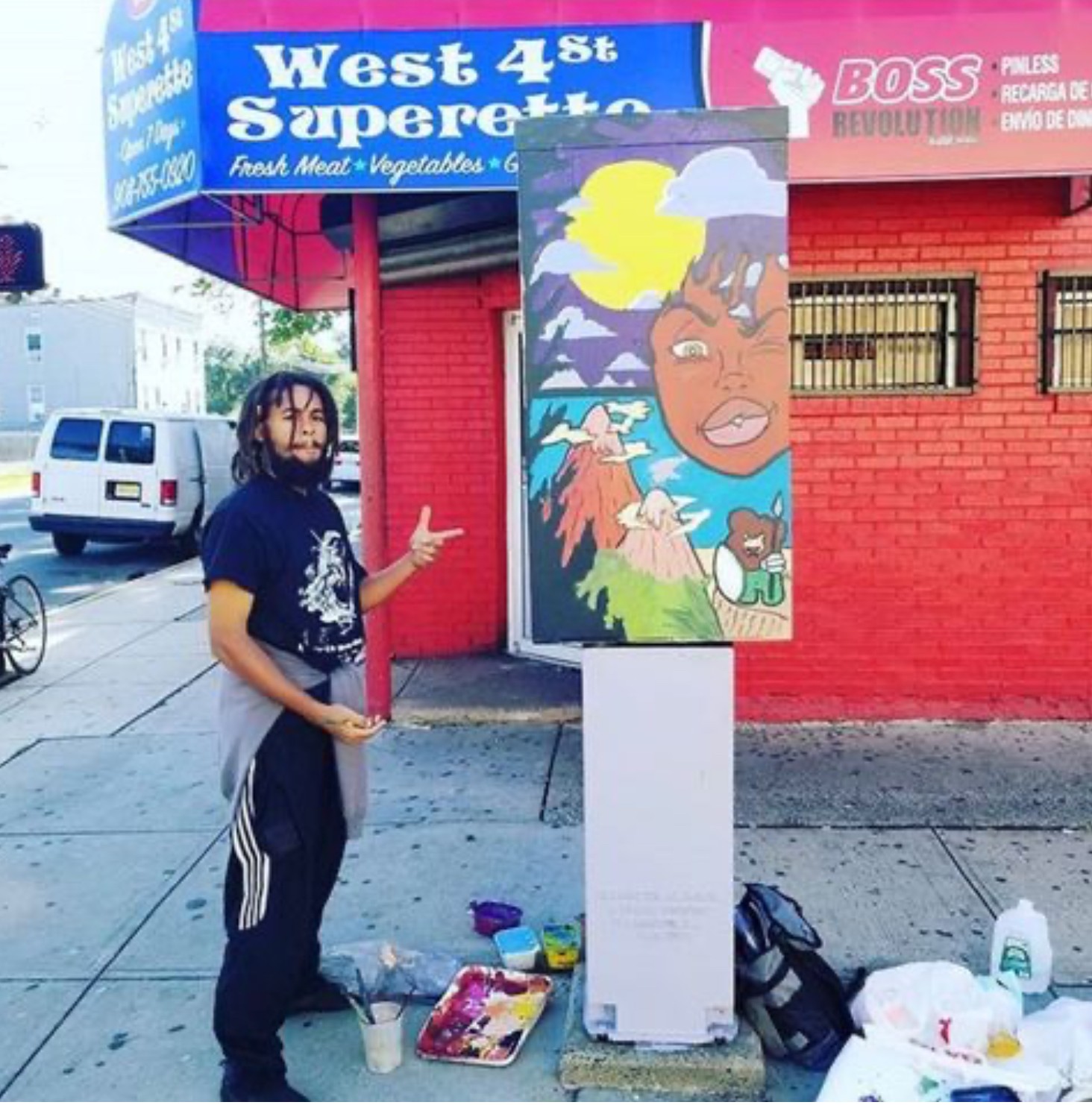 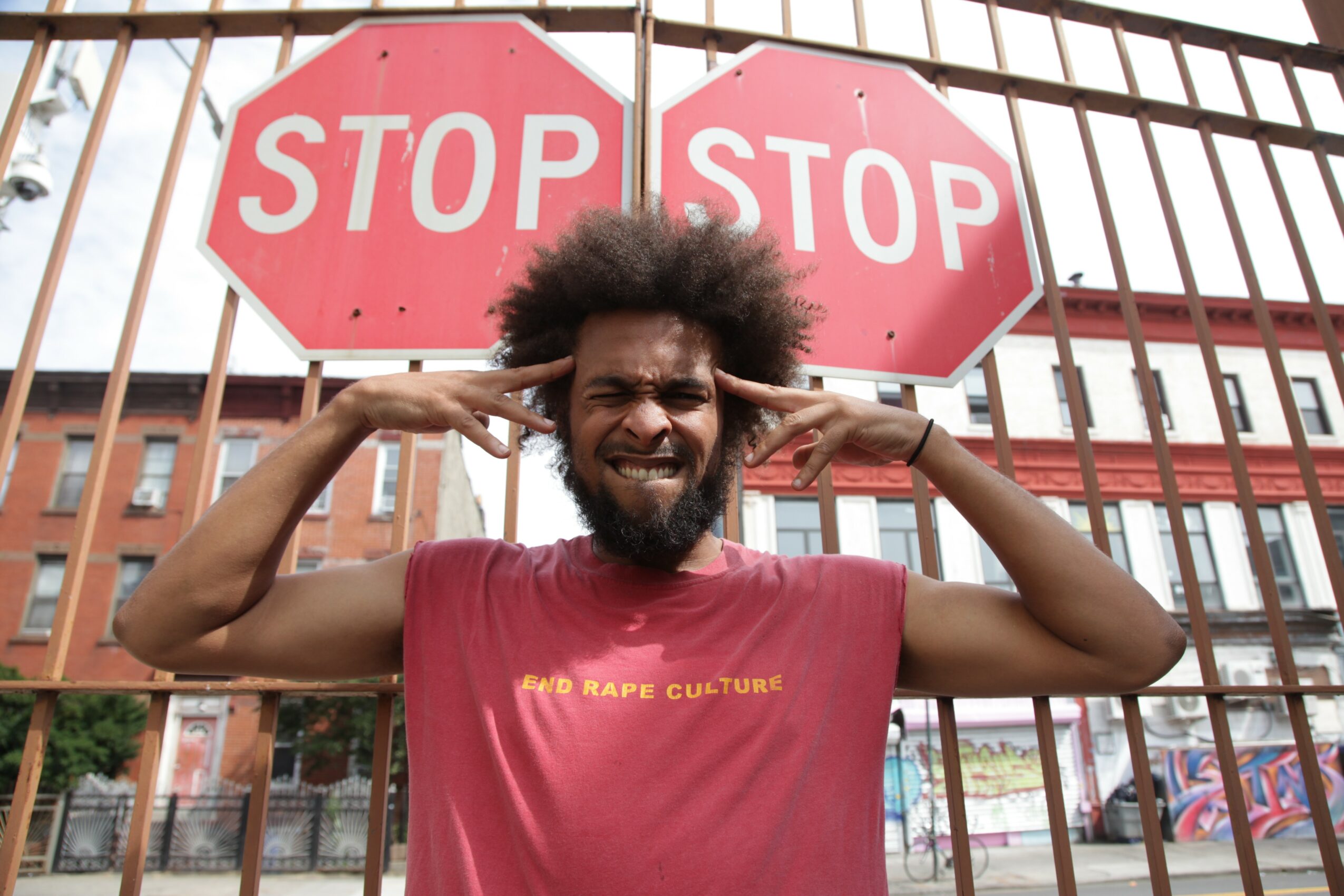 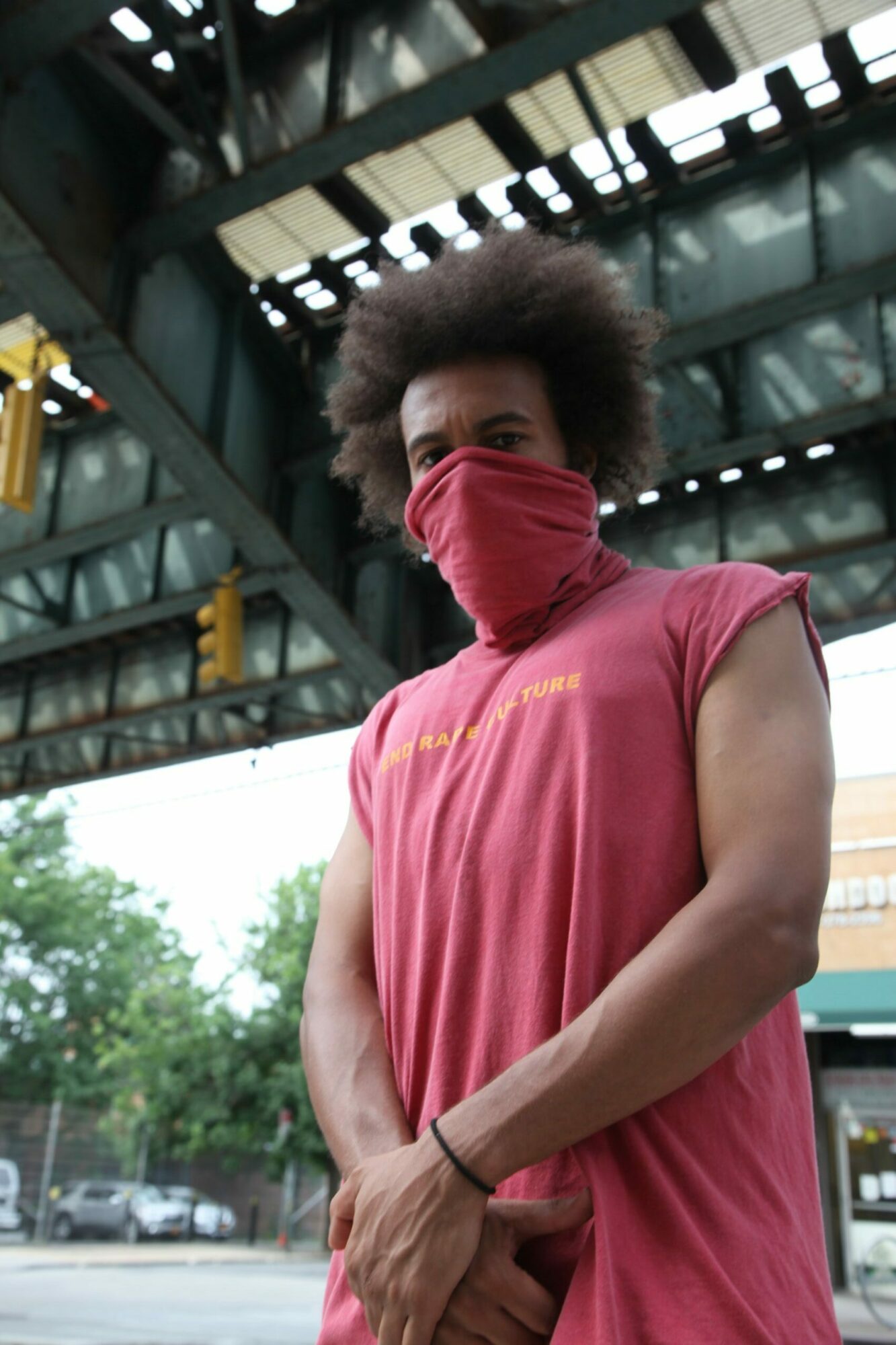 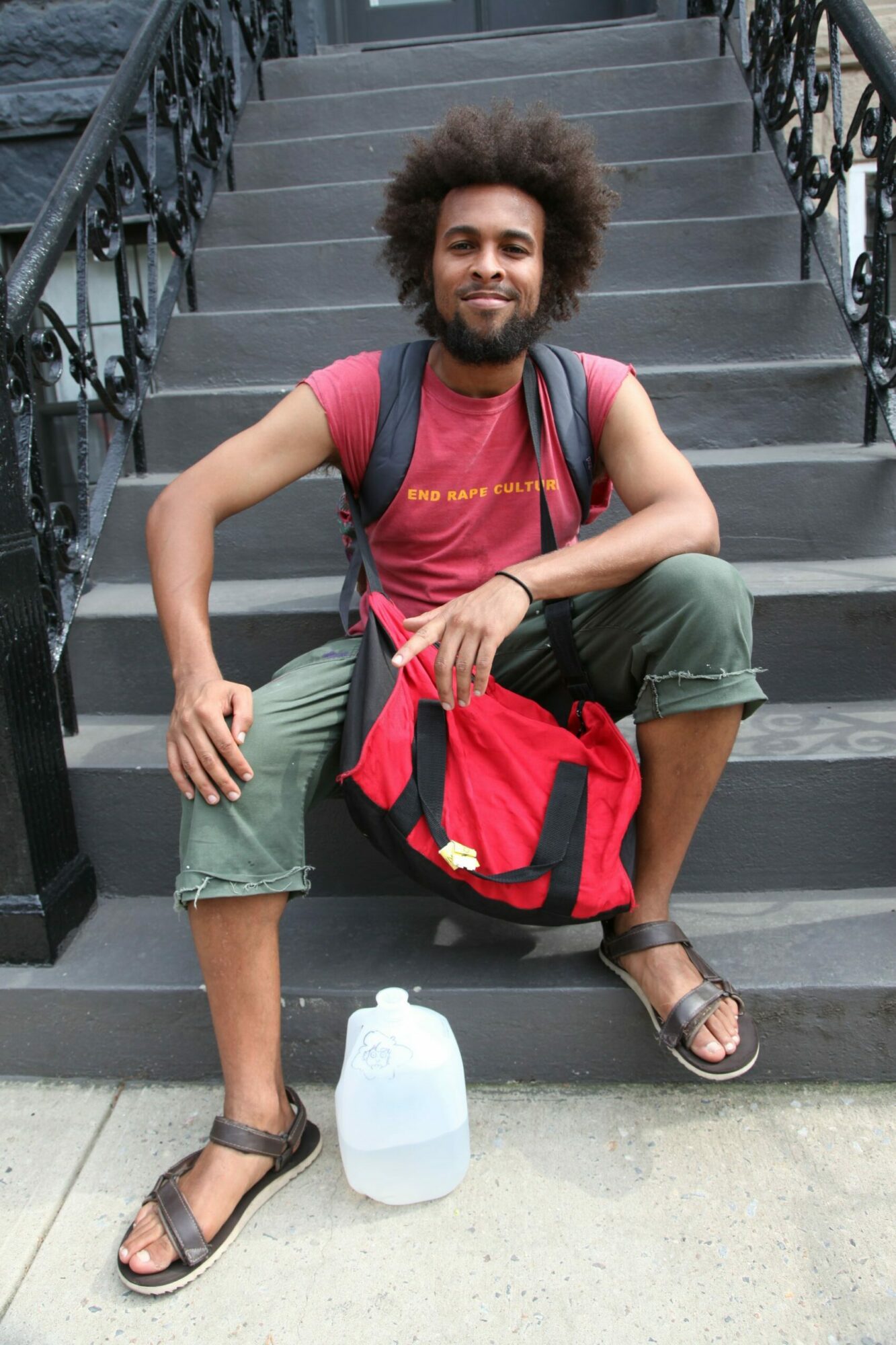 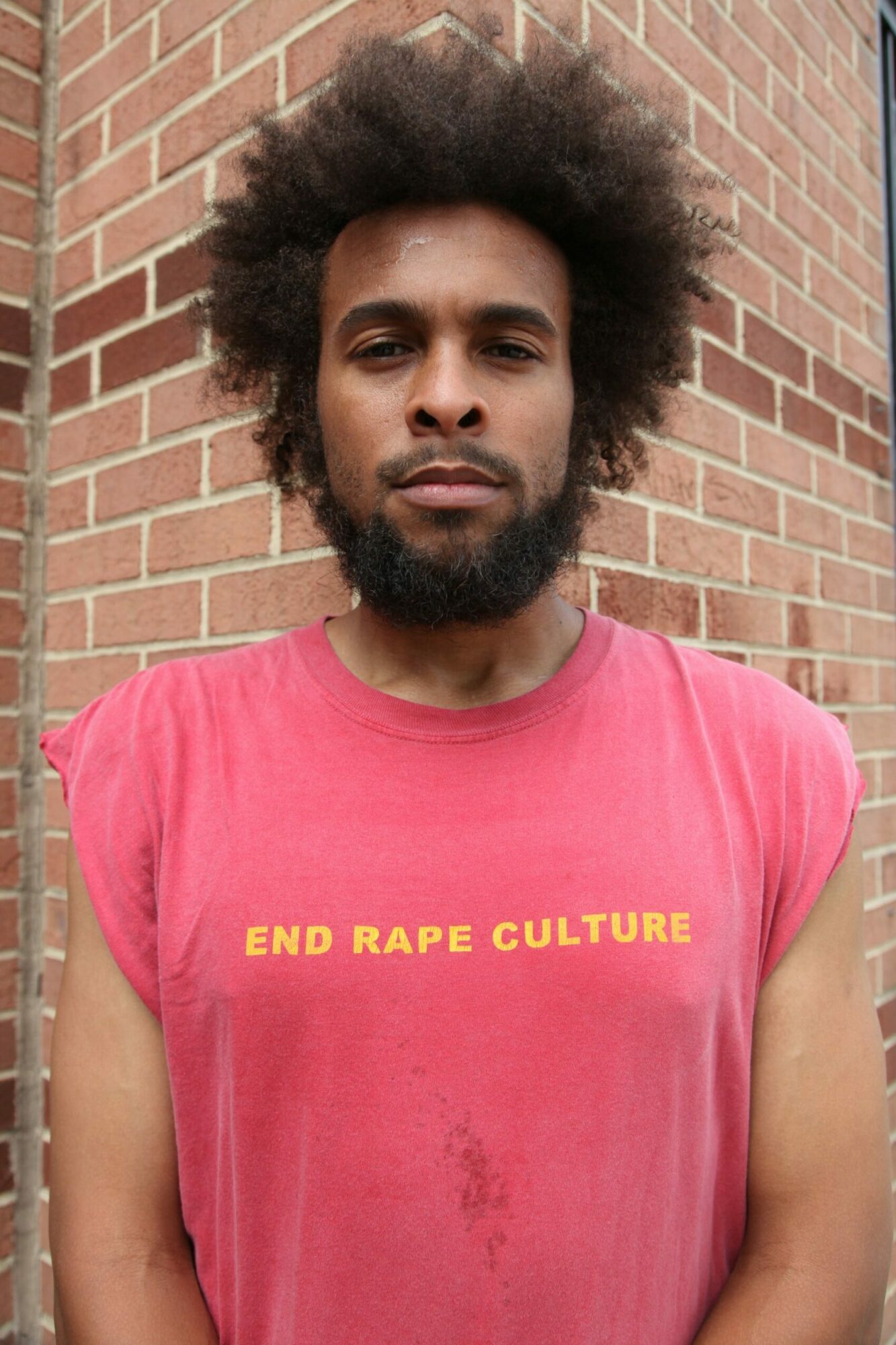