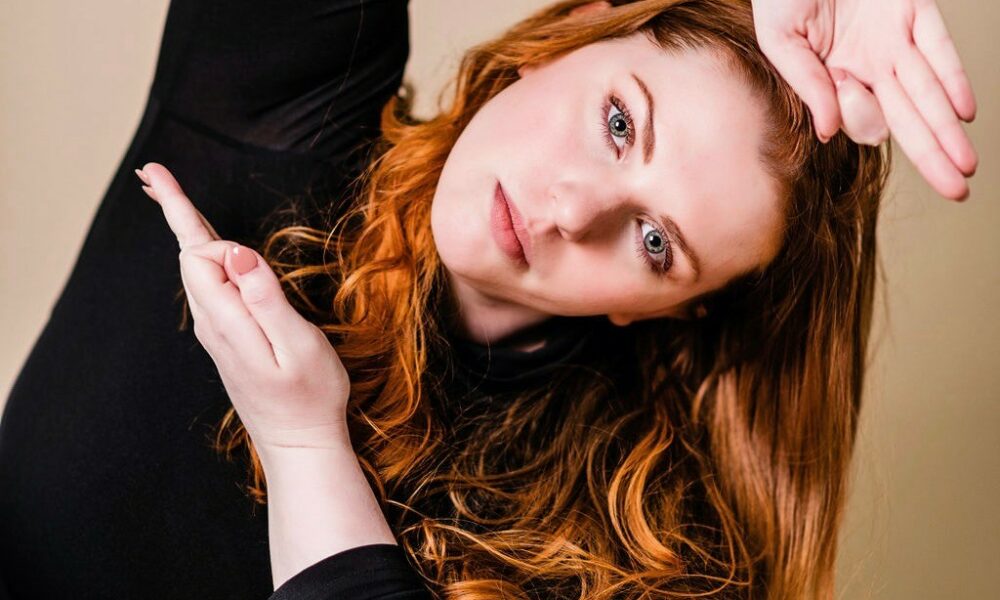 Today we’d like to introduce you to Lauren Carnesi Daniels.

Hi Lauren, we appreciate you taking the time to share your story with us today. Where does your story begin?
When I was three years old, my parents put me into a dance class, and that was that. Twenty-nine years later, I still find joy and purpose in the dance studio. Growing up, I trained at the Mid-Atlantic Center for the Performing Arts as a member of their competition team and, once I was older, the ensemble. MCPA gave me the technical foundation I needed to pursue my dreams of becoming a choreographer. At MCPA, I was introduced to Shelly Hutchinson and Melissa Wolfe Rosebro, who guided me into the worlds of contemporary and modern dance and composition. When I was a teenager, Shelly created a workshop for young choreographers, and she often used me as a test subject. Her guidance and mentorship allowed my passion for creating to thrive.

After high school, I attended Shenandoah Conservatory as a dance performance and choreography major. My time at SU was transformative. Under the tutelage of Maurice Fraga, Ting-Yu Chen, Elijah Gibson, Erica Helm, Alan Arnett, and Linda Miller, I was able to investigate and create myself as an artist. I learned what I wanted to say and how to present it. Much of this work happened as an assistant to Maurice and Ting-Yu in their composition classes. Through those classes, I also realized I loved teaching and mentorship as much as I loved choreographing.

After graduation, I returned to Maryland and began my teaching and choreography career, and I’ve had many exciting adventures along the way. As an independent choreographer, my work has been selected for performance at different venues in New York, Chicago, D.C., Baltimore, and Virginia. My teaching career has led me to find my place at E-Street Dance Academy and my childhood home, Mid-Atlantic Center for the Performing Arts. In 2019 I graduated with my master’s in arts administration from Drexel University. Most recently, as a teacher and choreographer, I’ve received outstanding choreographer awards from Youth American Grand Prix and Universal Ballet Competition, outstanding contemporary coach award from Universal Ballet Competition, and the Linwood Dyer Prize for Excellence in Dance Education.

We all face challenges, but looking back, would you describe it as a relatively smooth road?
My whole life, I knew something was a little off in my health, but no one could put their finger on it. When I was twenty-three, I tore my left ACL and required surgery. Some results were alarming during my pre-op physical, leading to a few months of bouncing around to different specialists after extensive testing and getting progressively sicker. I was diagnosed with Systemic Lupus Erythematosus, Raynaud’s Phenomenon, and Immune Thrombocytopenia. Shortly after my diagnosis, I became extremely ill and had to be put on bed rest because my platelets had crashed to a level where I was at risk for internal bleeding from a touch as simple as a hug. My recovery included learning how to teach and command a classroom from a chair. Due to my diseases, I deal with chronic pain, joint instability, and nerve issues which require me to teach from a chair still from time to time. I’ve continued to teach, create, and choreograph through two additional surgeries, Lupus flares, quarantine, and the fallout of reintegrating into society as someone living with a chronic autoimmune disease. There are days when I still show up to the studio at almost an 8 on the pain scale, but I do it because when fully in teaching mode or choreographing, that pain momentarily disappears. Nothing consumes me as completely as choreographing, and, in those moments, I can remember what “normal” used to feel like. With Lupus, every day is a new day and a different challenge, but dance keeps me going.

Thanks for sharing that. So, maybe next you can tell us a bit more about your work?
As a choreographer, I specialize in contemporary dance. I’m known for creating artistic and athletic dances that captivate audiences through concepts relating to the human condition. My work isn’t defined by technique or tricks. It’s defined by movements that stir emotions and create relatable visuals even when the concept is abstract. I’m known for telling stories, creating new worlds, and making audiences feel something.

As a teacher, I specialize in working with teenagers and young adults. At E-Street Dance Academy, I spend most of my time with students in high school. Teenagers often catch a bad rap, but I couldn’t be happier finding myself in a room surrounded by them. They have a specific spark that combines an open mind with a ferocious heart. The bond I’ve had with my ESDA seniors over the past couple of years is something I treasure deeply, and it shows through our work together. A level of trust and appreciation exists in our classroom and shines through on stage when they perform.

When I was twenty-three, I was presented with an opportunity that defined much of my career. Harford Dance Theatre was changing, and I was asked to re-imagine their summer dance production. Previously this show was called Canvases, and it ran as a traditional dance concert catered to more mature dancers. I saw this opportunity and knew that if I did this right, it had the potential to become something great. Canvases turned into the Kinetic Canvas series. Each year, as the artistic director and lead choreographer, I take a visual artist and create an original, mostly narrative-based, full-length contemporary dance production. Thus far, I’ve tackled Edward Hopper, Claude Monet, Salvador Dali, Vincent van Gogh, Jackson Pollock, Frida Kahlo, and Kinetic Canvas: Andy Warhol is  set for performance on August 5th and 6th of, 2022. The Kinetic Canvas series is one of the parts of my career I am most proud of.

In 2015 I founded InvisibleWings Dance Project, which is a pick-up performance dance company dedicated to raising awareness for Lupus. I created a full-length concert that depicts what living with chronic illness feels like while also telling my personal story and teaching the audience about the disease. Works from “Lupus: The Cruel Mystery” have been selected for performance in New York, D.C., and Baltimore. In 2017 the company hosted a free workshop for over seventy dancers where the students participated in ballet, contemporary, and hip hop classes taught by IWDP company members. I taught the final improvisation class, where the students learned about Lupus through a guided improvisation exercise exploring the different symptoms and experiences a person with the disease goes through daily.  IWDP has been on hiatus for the past couple of years but will be back up and running by the summer of 2023. I have dreams of integrating the InvisibleWings Dance Project into medical conferences where we can help show doctors, families, and other caregivers what living with the disease feels like rather than observing or treating it.

What quality or characteristic do you feel is most important to your success?
I believe two qualities or characteristics are important to my success. I’m an avid creative problem solver. I firmly believe there isn’t a problem in the world that can’t be solved. The answer might be something you never considered. When dealing with choreography, you are essentially solving a puzzle while creating it at the same time. I also employ creative problem-solving in my mentorship of students and young adults. People and life don’t fit into neat little boxes and shouldn’t be treated in a “this or that” manner.

I was told I had to stop dancing, so I learned how to teach in a new way. I was told I couldn’t choreograph without being able to dance, so I figured it out and even had a piece with the Mid-Atlantic Center of the Performing Arts place 3rd at the North American Youth American Grand Prix finals in 2021. Over 60% of that dance was created with my bottom never leaving a chair. And the rest I hobbled around while recovering from surgery. I was told the fatigue would make me have to step back, but I decided it wouldn’t. I’m extremely strong-willed; if I weren’t, I wouldn’t have survived in my career, let alone thrived. 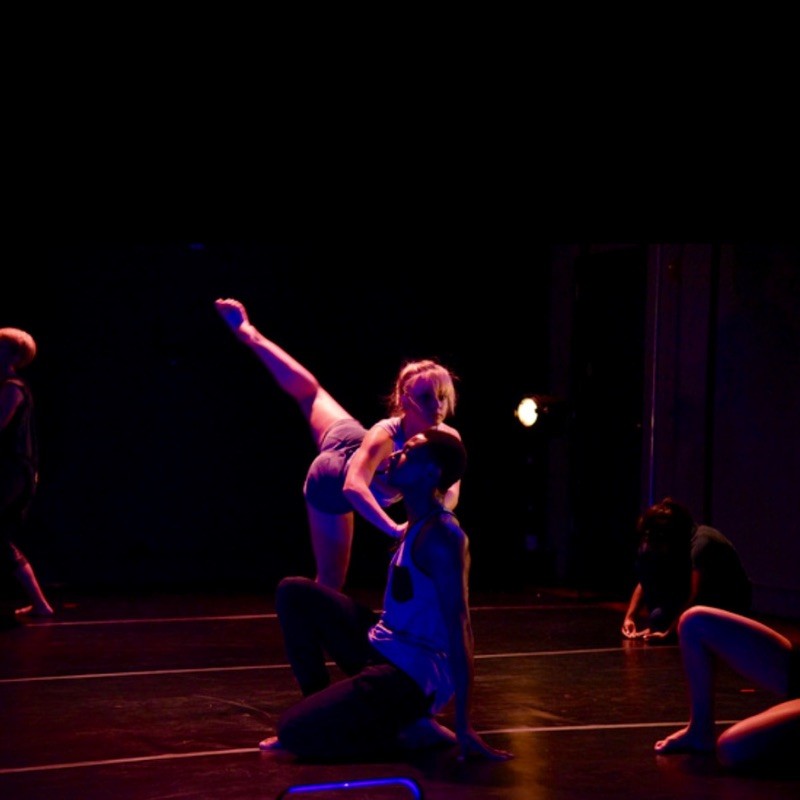 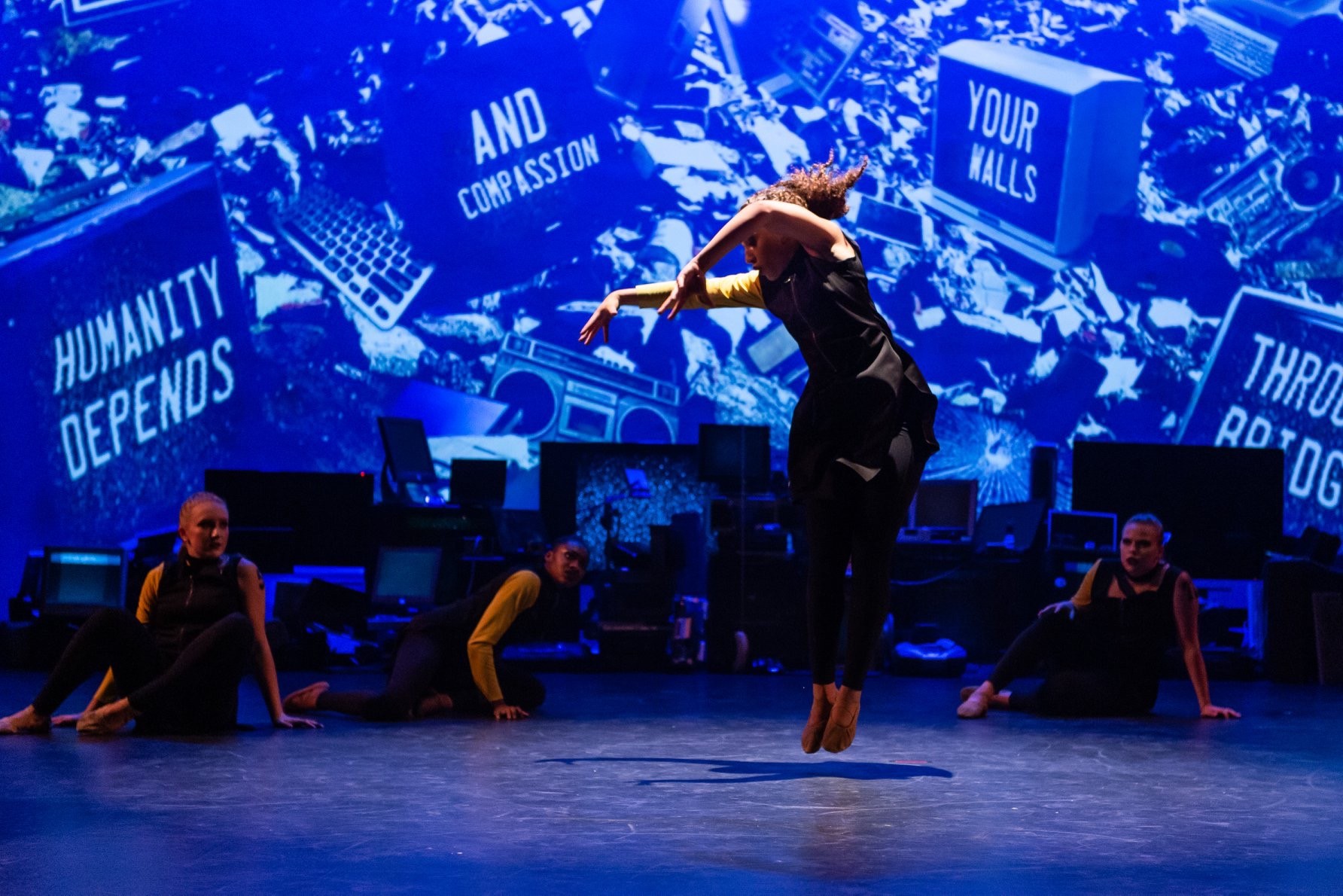 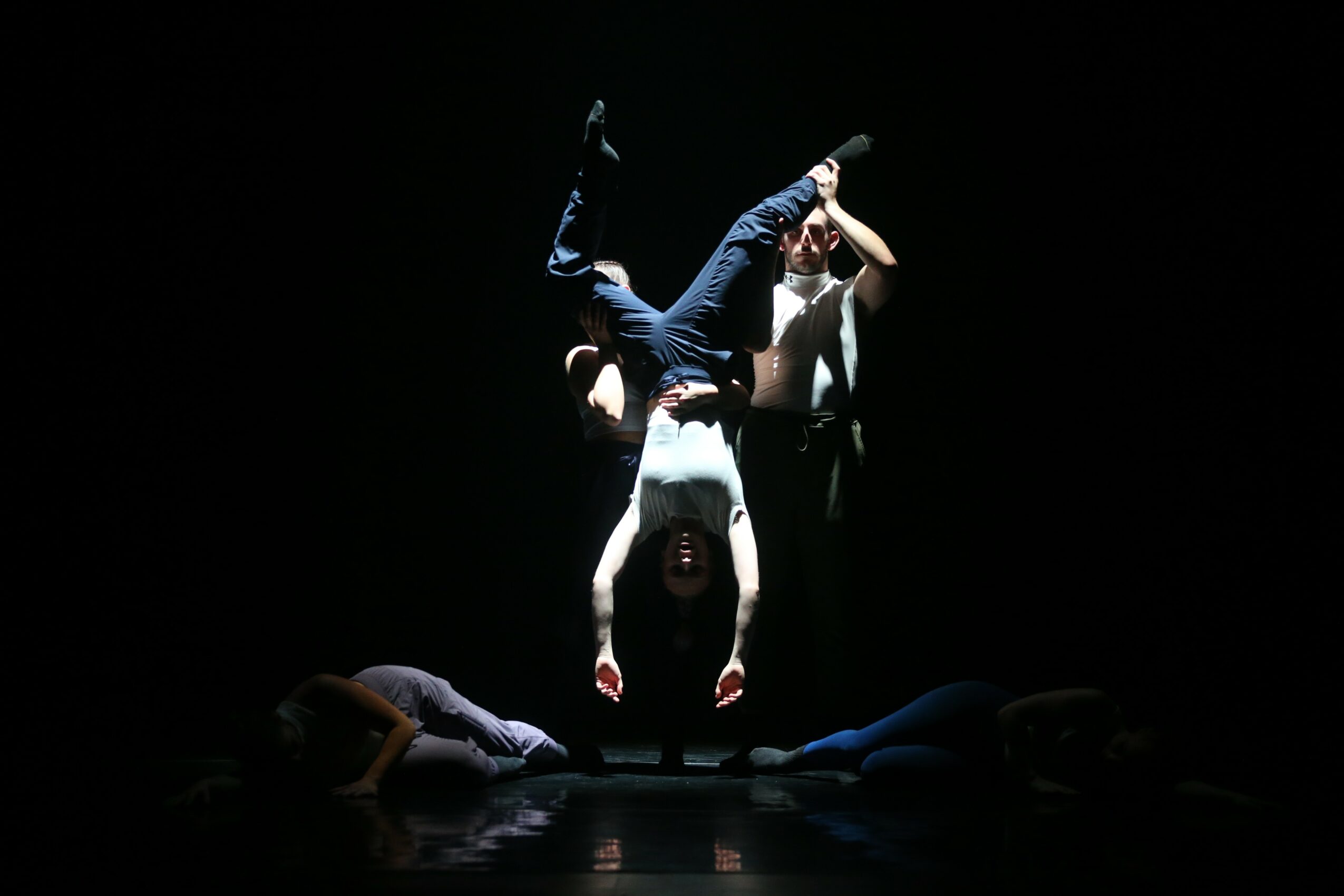 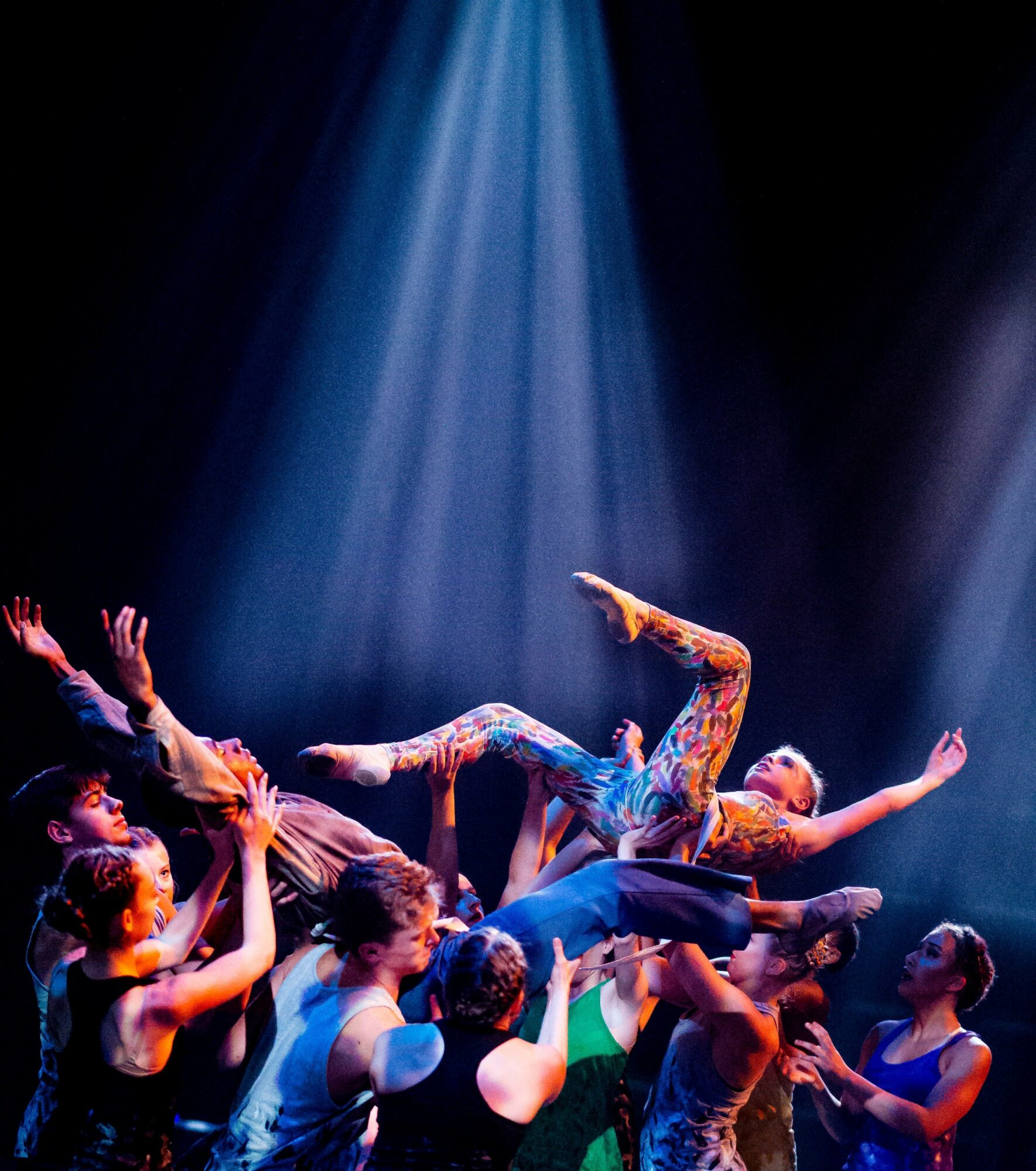 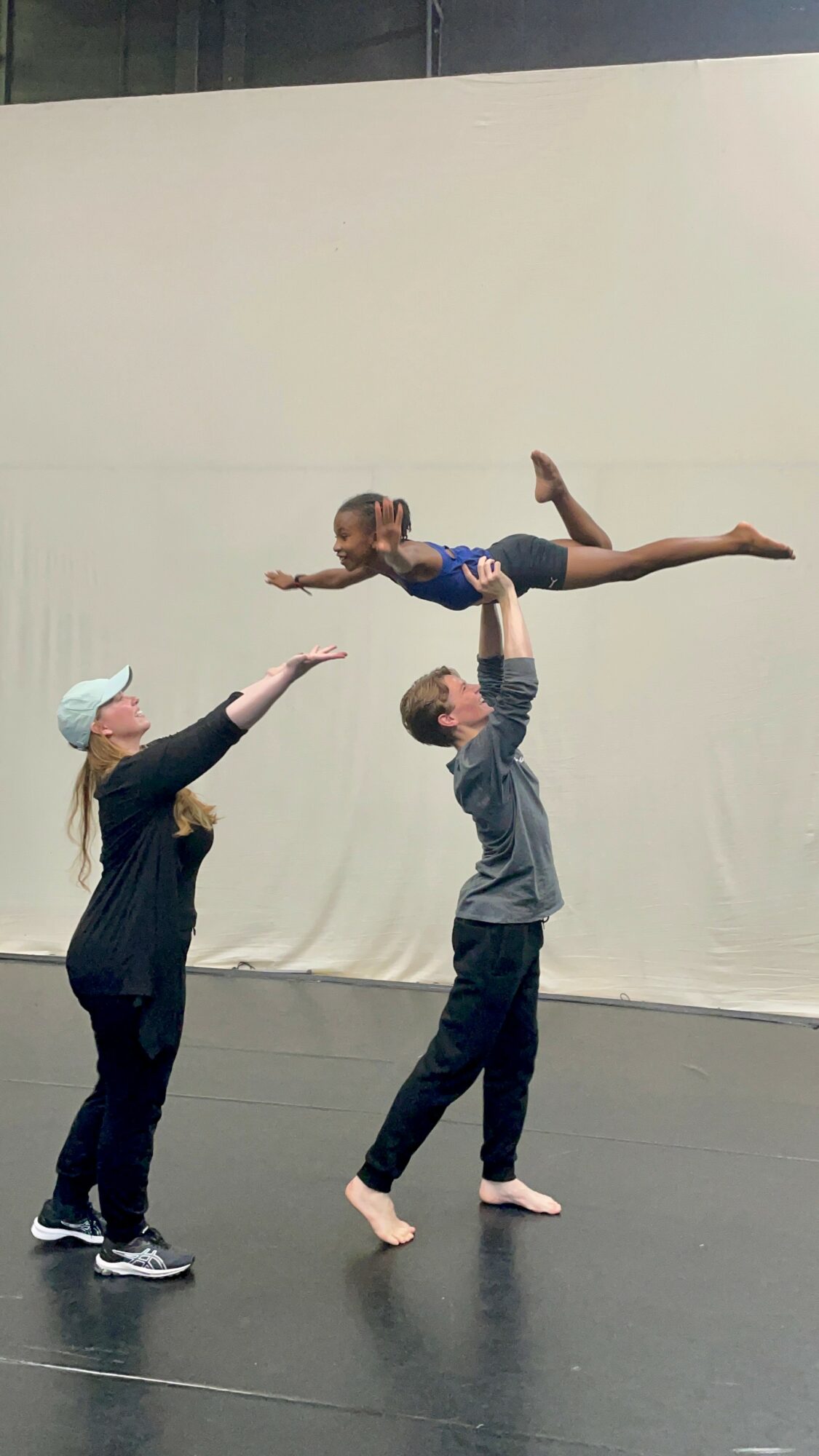 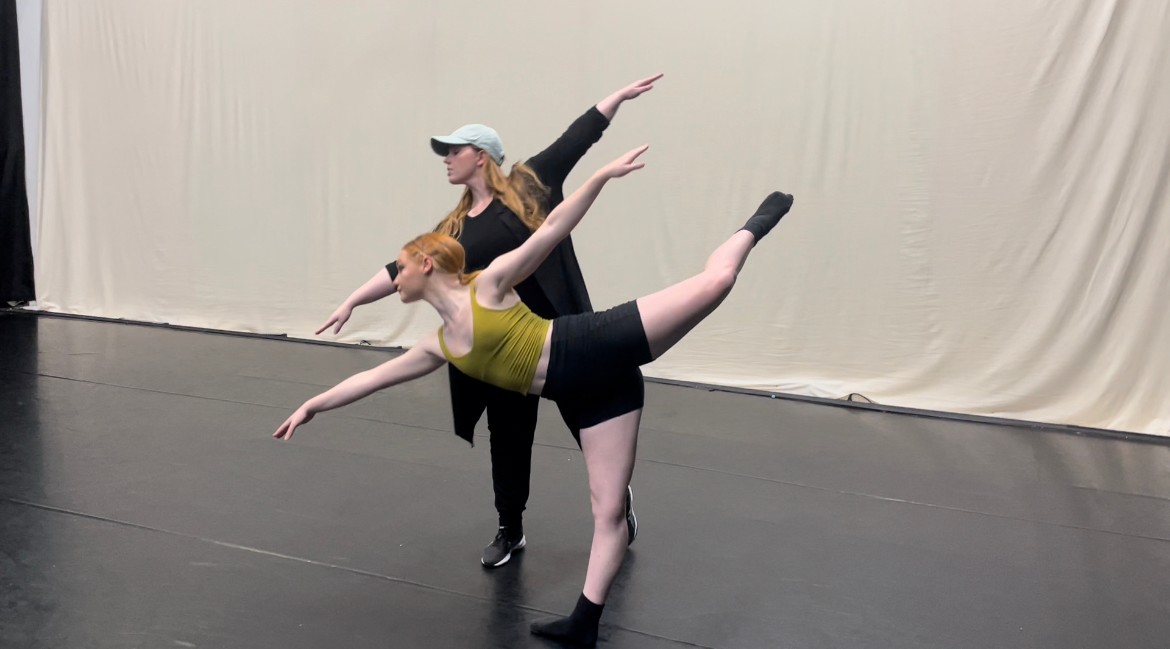 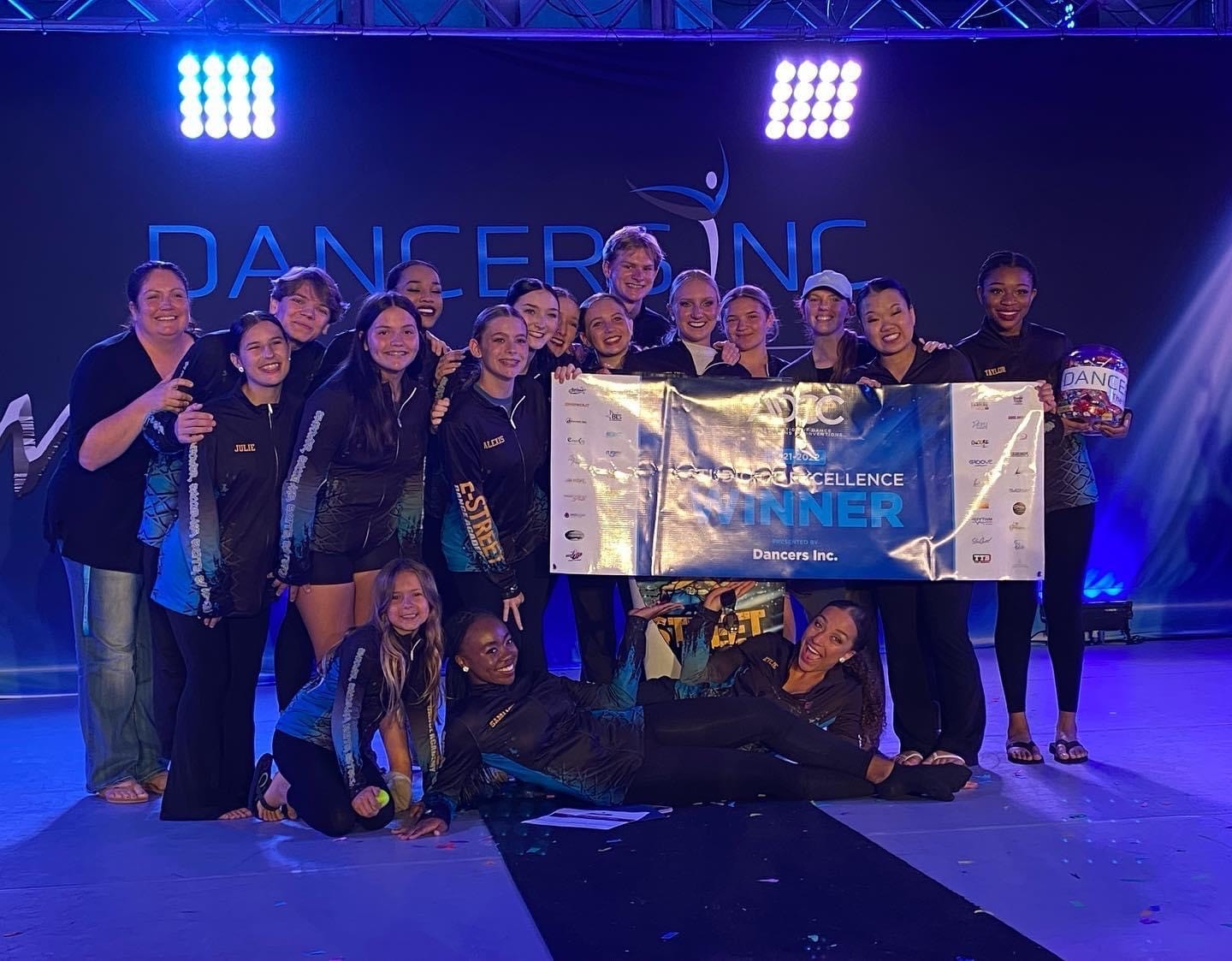 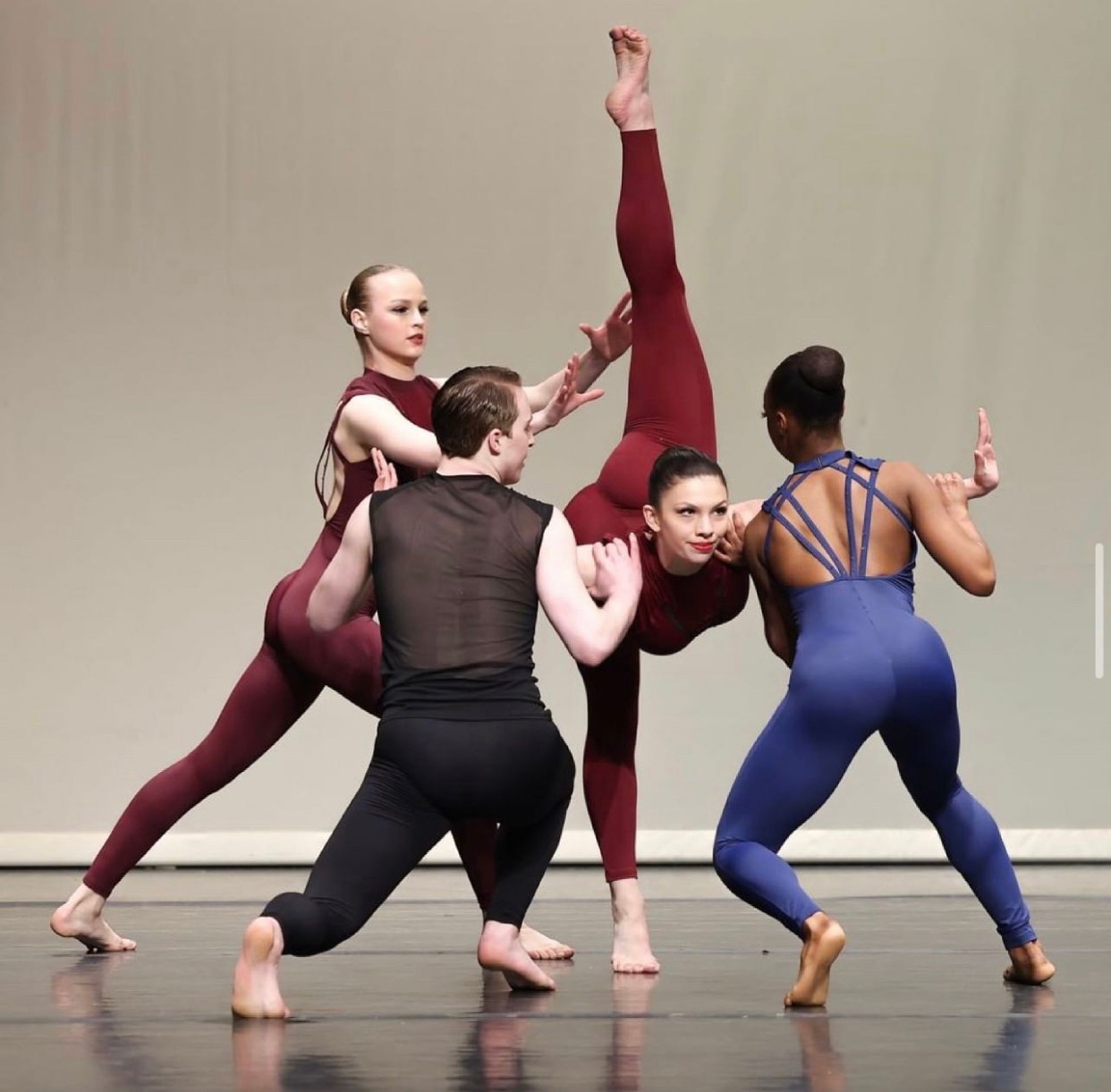