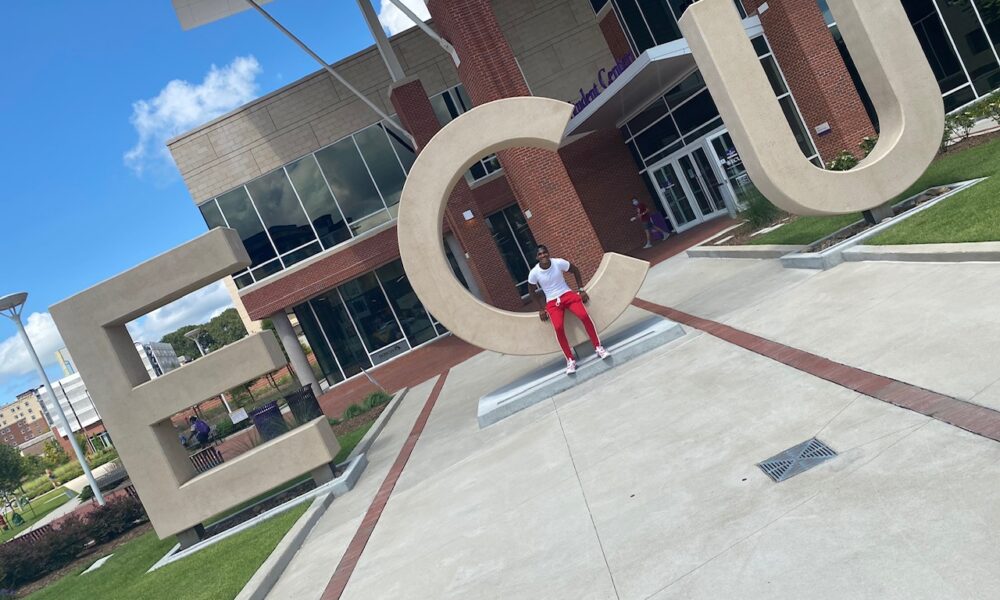 Today we’d like to introduce you to Ka’Sean Molineaux.

Hi Ka’Sean, thanks for sharing your story with us. To start, maybe you can tell our readers some of your backstories.
Hello, my name is Ka’Sean Molineaux, I’m a 21 year old from the east side of Baltimore, MD. I was a student at East Carolina University but now I currently attend Bowie State University where I major in journalism. My interest in journalism comes from my love for sports, as a child I always wanted to go to the NFL and I figured if I didn’t make it to the NFL I would have a career that was close enough to it. So from a young age, I always had an outgoing personality that was complemented by my sense of humor.

Throughout my elementary, middle, and high school career I always got in trouble and was considered a class clown. In the back of my head, I knew that I wanted to find success in this world but as a young teen who was easily influenced by his surroundings, I wasn’t really sure about what path I wanted to take. Life began to show me the importance of doing good in school once I graduated high school and was denied from every college that I applied to. The rejection from colleges like Morgan State University caused me to feel bad about my self especially realizing that some of my friends would be going to college and I would be forced to go to a community college. I attached the community college of Baltimore County (CCBC) for two years.

A while there, I had the pleasure of meeting a guy named Garret Downing who works fit the Baltimore Ravens the merry was set up by a good friend of mine. After the meeting, I decided to take school way more seriously and focused on becoming a sports journalist. I began to write articles about various sports topics and posted those articles on medium.com. Once I did my two years at CCBC I transferred to East Carolina University which was my dream school but I ended up leaving after a semester due to high tuition costs.

At this point, I was down on my self being that I had worked so hard to get into the school but with the support from my parents, I just kept ongoing. I began to think of ways to further advance my career as a journalist, I was granted a summer internship (remote) by the Golden State Warriors. The internship was good and informative but my biggest takeaway was the effect I was having on the people around me. I began to see how I motivated people around me through my hard work, people were amazed at how me a kid from the hood in East Baltimore who was considered a class clown was able to attend ECU, write good articles, talk to ravens staff and get internships with the warriors.

Seeing the impact that I had on the ones around me I realized the I liked the attention and the platform so I began to start my own show called Moment of Spotlight. At first, I was still trying to figure out how I was going to structure it so I first began to be in the same place as some popular celebrities in Baltimore and tried to interview them, some times it worked sometimes it didn’t.

I saw a bigger picture, instead of me doing pop-up interviews I was going to start my own show and give people big or small, a voice and allow them to come on my show and get interviewed. My dream has always been to be on TV and inspire and that is what I intend to do.

I’m sure you wouldn’t say it’s been obstacle-free, but so far would you say the journey has been a fairly smooth road?
Life always has its struggles, growing up I dealt with things like seeing my parents work hard just to provide enough food for me and my sister or to keep the bills paid and things of that nature. I also dealt with things like making the wrong decisions in school which caused me to stay in trouble, get into fights, not be able to go to a good college, etc. I’ve dealt with seeing some of my close friends get arrested and lose their freedom and even have some of them die to gun violence.

Appreciate you sharing that. What else should we know about what you do?
I am the host of an up-and-coming TV series that airs on YouTube and Instagram TV called Moment of Spotlight and I also am an up-and-coming sports journalist. I’m known for my TV show where I interview people no matter the size of their following or their profession, as long as they’re doing something positive they can come on the show.

I am also know for the journal articles that I have written, through the articles and the TV shows people see me as an inspiration and someone who is going places. My creative nature, sense of humor and drive to win all help me stay grounded and persistent with my work and allow me to enjoy what I do. I am most proud of how no matter what I stayed resilient and kept moving forward. I could have easily made the wrong decisions in life to cause me to be in jail or dead but I just kept working hard and always knew that it would pay off.

What sets me apart from others is my drive to succeed, I believe that there is always work to be done and that we can achieve anything. Unlike others, I try not to get too comfortable and keep going, because of this attitude I am very hard on myself but it’s all worth it.

Any advice for finding a mentor or networking in general?
My advice is to stay as persistent as possible, for networking try to make yourself known, and looked at as a necessity. I once wrote an article and I wanted it to go on notice so I emailed about almost all of the members of the Baltimore sun, old teachers, and shared it all over social media. All of this is to build my network because all it takes is one. I even send direct messages to people who work for news stations, sports teams, colleges, etc. Just to get an opportunity.