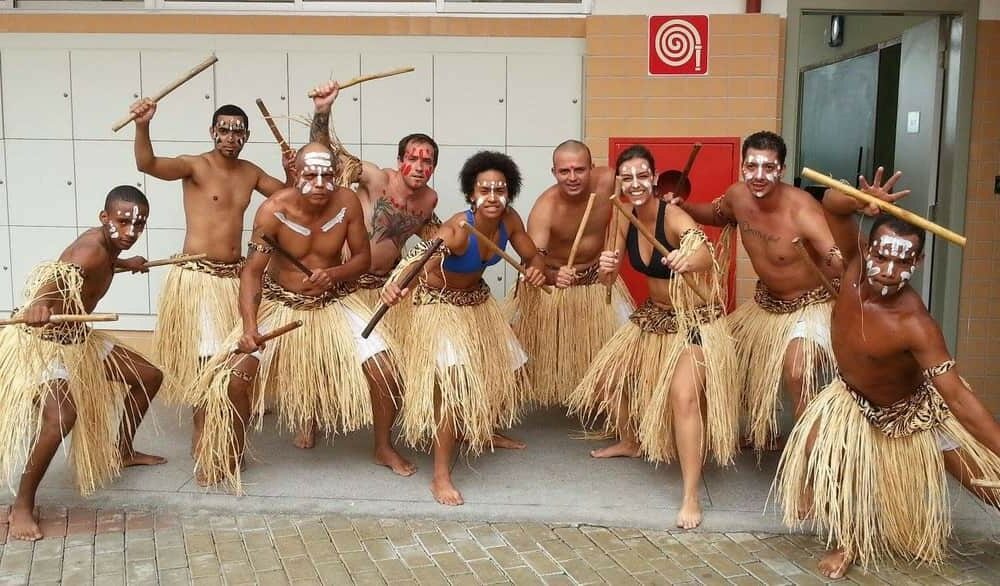 Today we’d like to introduce you to Justin West. Them and their team share their story with us below:

Justin “Siriguejo” West started training capoeira in Baltimore in 2005 with a Brazilian instructor. In the fall of 2006 Siriguejo, along with other capoeira students, made his first trip to Brazil for his capoeira instructor’s wedding, and stayed in brazil for 4 months studying and training in Salvador, Bahia, and Belo Horizonte, Minas Gerais.

Upon returning to Baltimore in March 2007, he started teaching capoeira as his instructor had moved to California after the wedding. In early 2008 Siriguejo was contacted by the Baltimore City’s Mayor’s Office to participate in an International Festival and gave a demonstration and workshop.

Shortly after he was contacted by the International Refugee Committee to lead an after-school term to teach capoeira to a group of 40 Sudanese and Somali, aged 4-17 years old. This program gave Siriguejo the inspiration to create the educational non-profit company Capoeira Social Project in June 2008.

From 2008 to 2011, capoeira classes were offered at UMBC and Morgan State University as well as street festivals and fairs. It was also during this time that CSP founder Siriguejo obtained his master’s in Mathematics Education from MSU.

In 2011, Siriguejo moved to Brazil to deepen his studies in capoeira, Portuguese, and other popular culture and was there until 2014. During this time one of his students, Caipora, continued teaching children’s classes in several Baltimore locations.

Since 2015, Siriguejo has been between Baltimore, MD, and Belo Horizonte, MG teaching capoeira, language, and various art workshops. CSP has been offering workshops and demos along the east coast from FloydFest in VA, Kunta Kinte Festival in Annapolis, MD, and Hullaween in FL.

The COVID pandemic put everything on hold giving Capoeira Social Project time to focus on admin organization and CSP rebranded their organization with performing and visual arts programs through the lens of capoeira.

This fall these programs will start in an after-school program in East Baltimore, where students will learn the movements/music of capoeira, frevo, maculele, samba, and coco and will learn to make and decorate many of the instruments used for these art forms.

We all face challenges, but looking back would you describe it as a relatively smooth road?
The work has been one of love and self-commitment.

CSP would not say that we are a success story, but after nearly 15 years we have been going along our path and with everything we’ve learned over the past few years we believe we have a solid offering that makes it our time to shine.

Appreciate you sharing that. What should we know about Capoeira Social Project?
As our name suggests we are a social enterprise; we have brought together elements from different parts and groups of the capoeira world. This is not a common tactic as most groups tend to be singular, but it has allowed us to grow in ways and offer programs that other capoeira entities can not.

CSP offers the three main versions of capoeira: Angola, Regional, and Contemporary. Aside from the traditional Brazilian popular culture aspects taught in most capoeira groups, like samba de Roda and maculele, CSP is the only organization on the east coast (possibly the continental USA) that offers Coco and Samba de Coco, rhythms from the NE of Brazil.

Additionally, our teachers have trained extensively throughout Brazil and USA with capoeira professors to learn not only movement and music, but also how to make a majority of the instruments used in the art forms. This means that CSP is also one of the only organizations that offer workshops on making these instruments.

We offer performing and visual arts programs as an after-school program for youth.

We offer weekly capoeira, dance, and music classes to adults and all of our offerings are available for private workshops or presentations. Additionally, we have developed an entertaining and fun team-building routine that is far from the traditional trust falls and ice breakers most deal with.

What matters most to you? Why?
Self-improvement through education.

Many of our workshops are one-and-done events where we may never see the participants again. With this in mind, we try to offer a fun and educational experience that we hope leaves the participants interested in further study.

That study can be about history, music, anthropology, movement, or even anatomy. Any and all of that is present in our offerings and has been what has kept us in the game since 2008; the desire to improve and know more. Do we hope participants invite us back or search out our capoeira classes?

Of course, we do, but it’s just as amazing to know that something presented in one of our classes has inspired somebody to enroll in a grad class or rekindled their love of yoga. Trying to be better tomorrow than we are today. 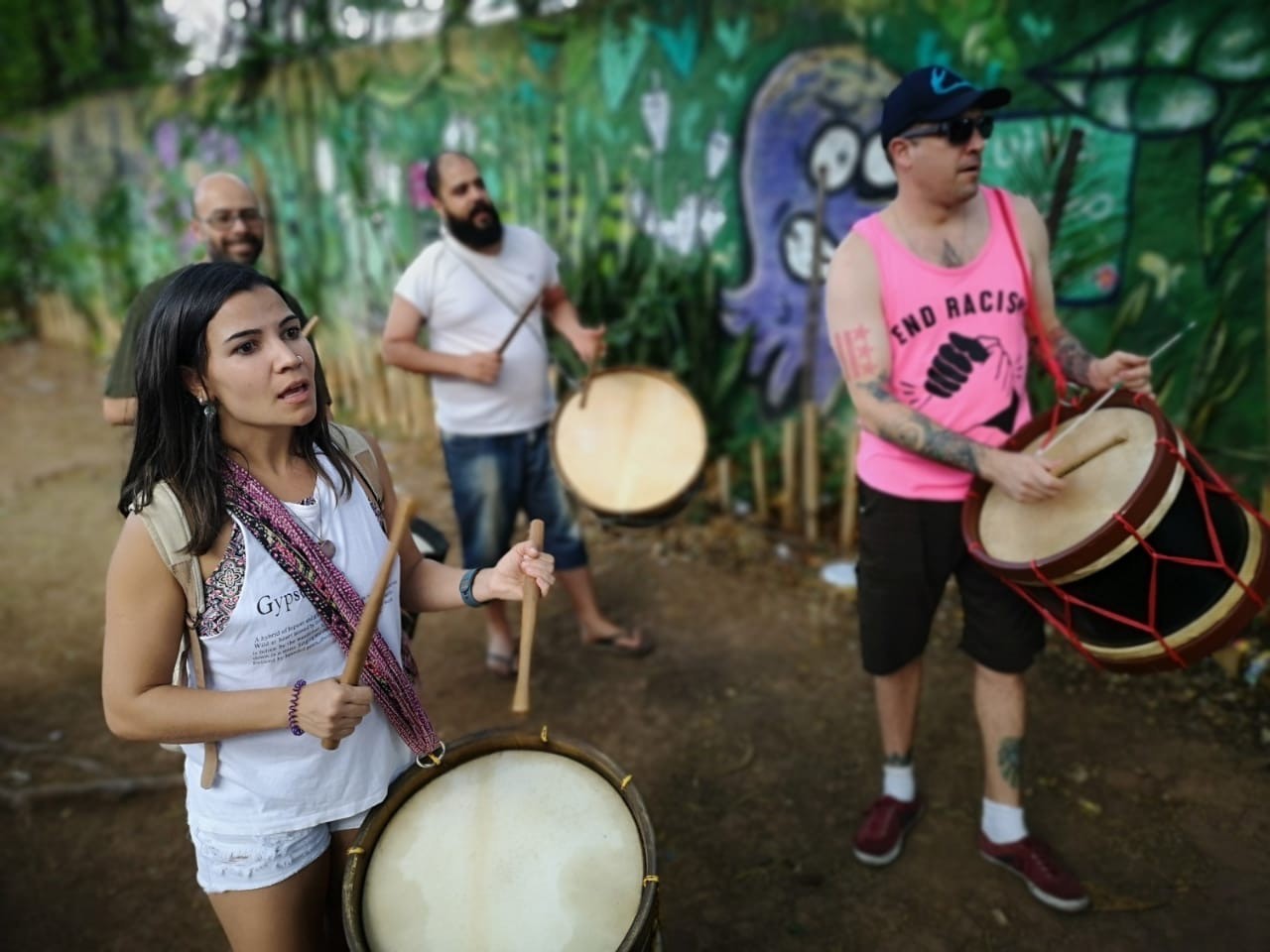 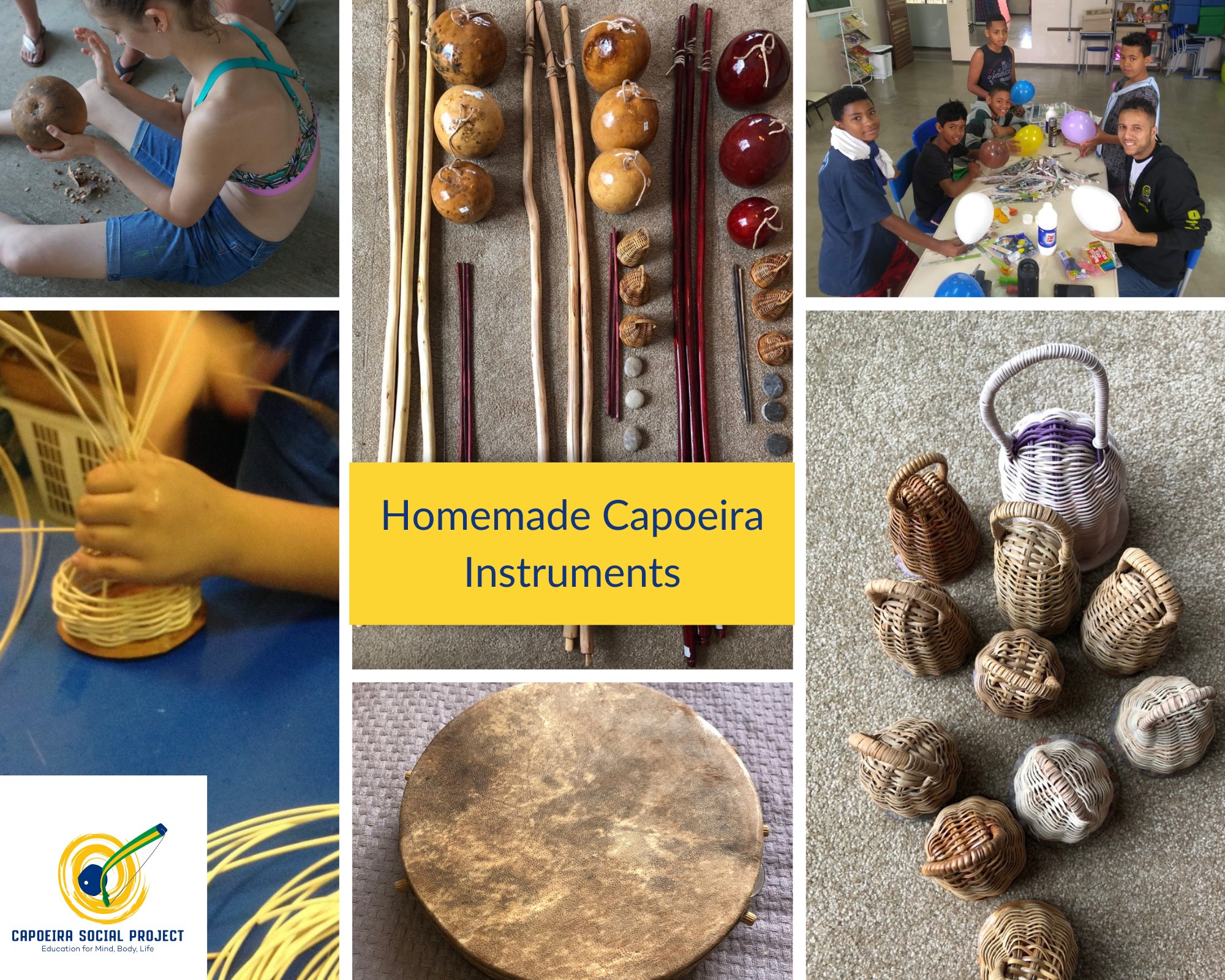 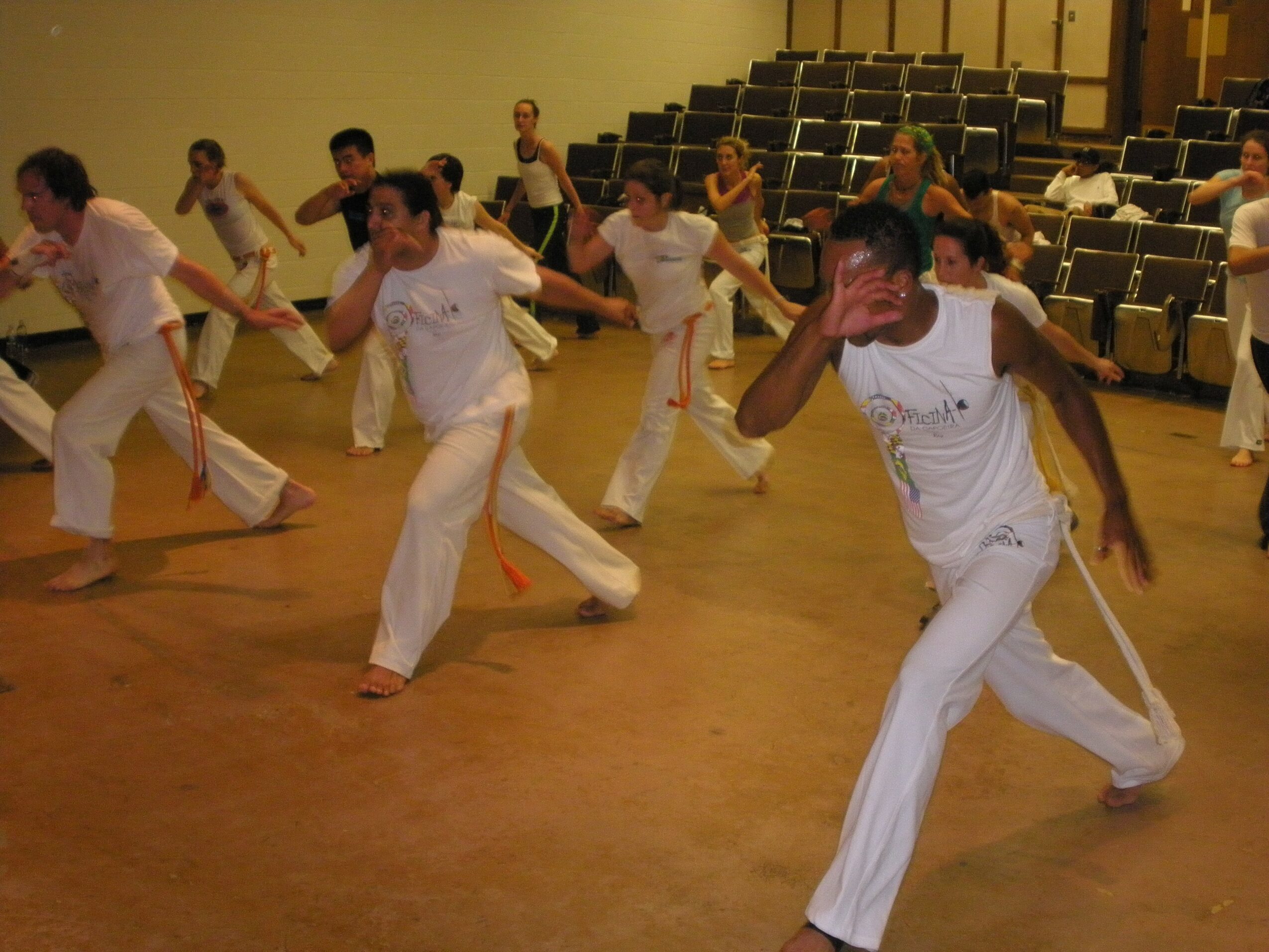 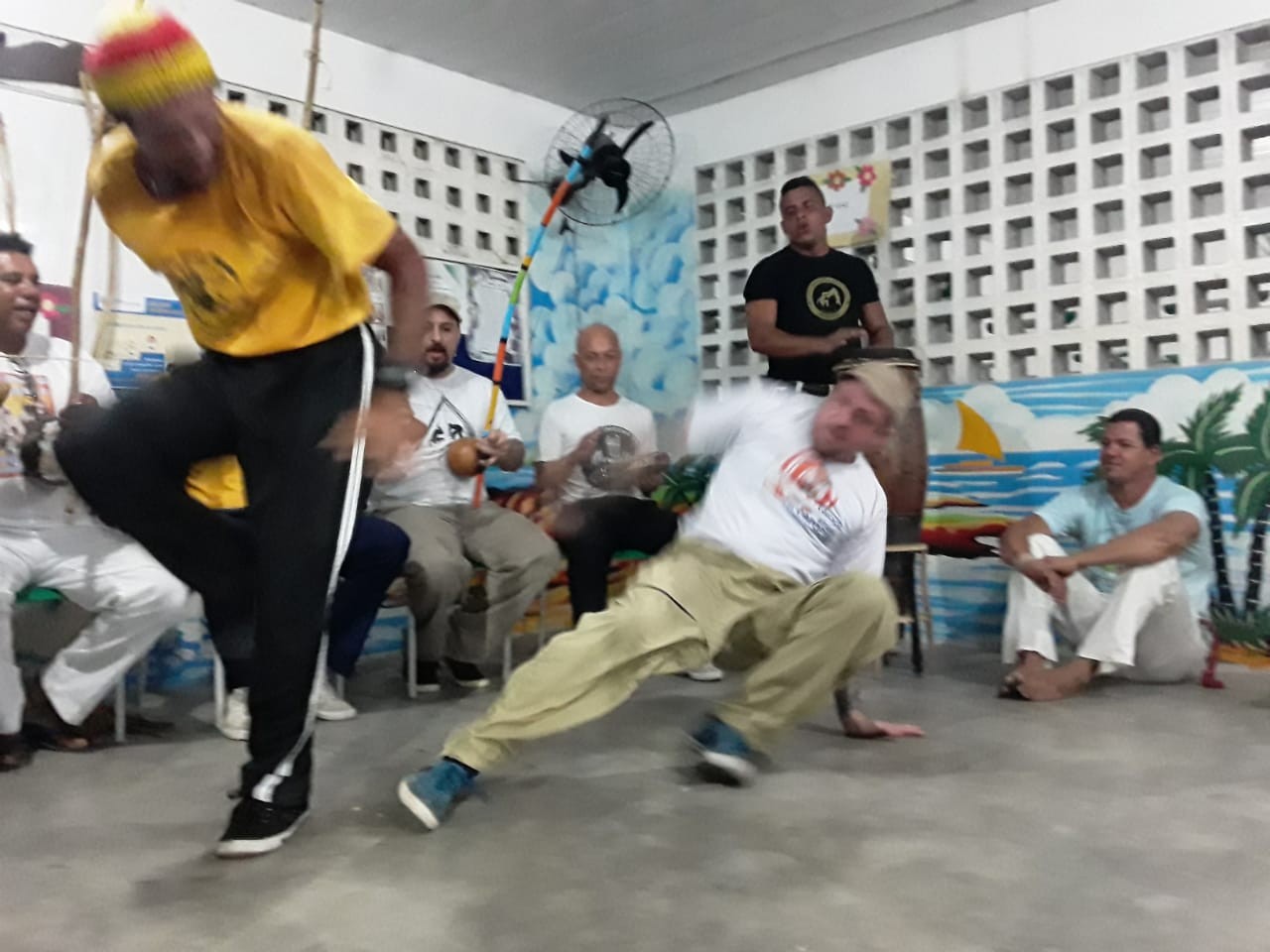 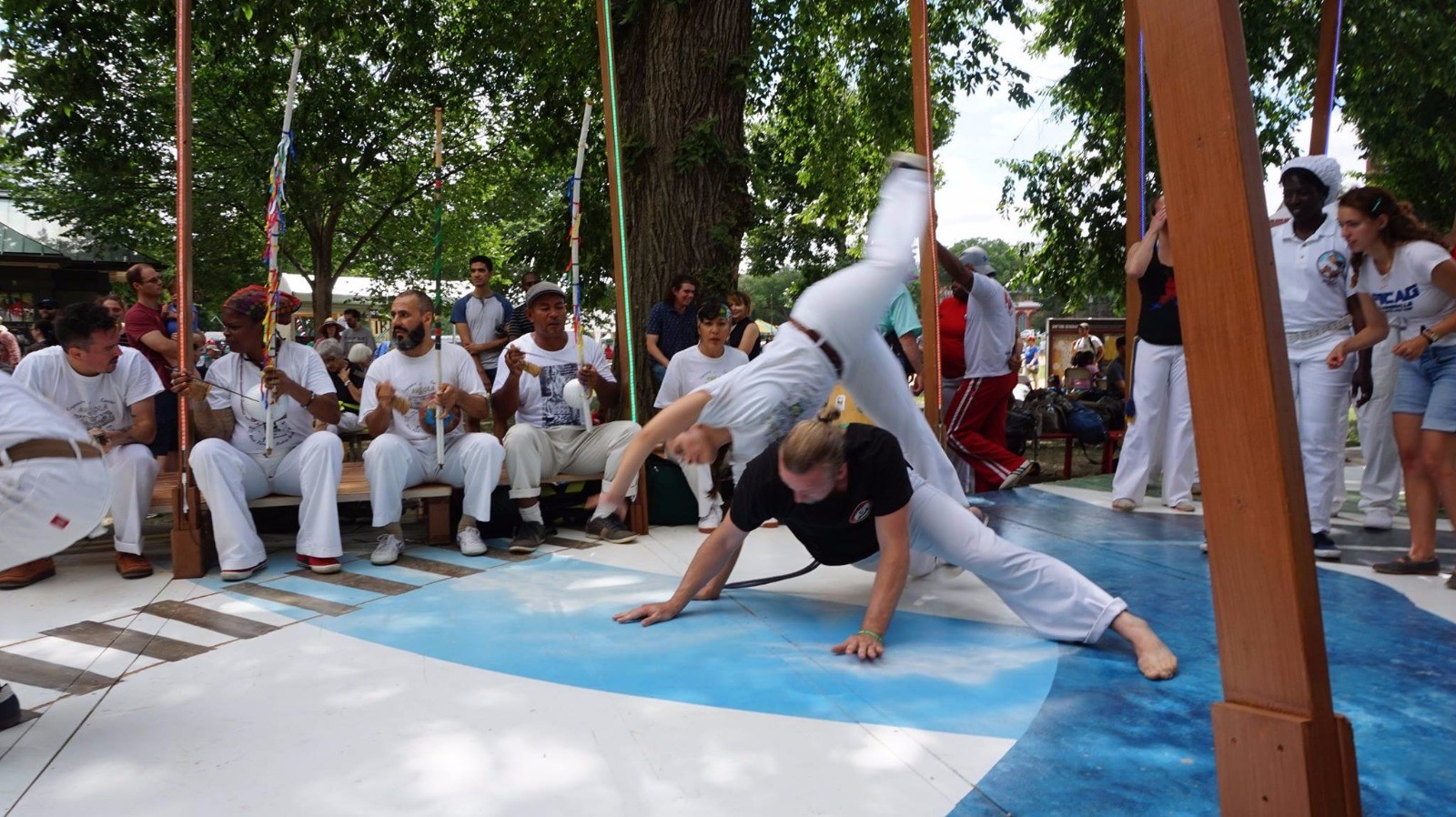