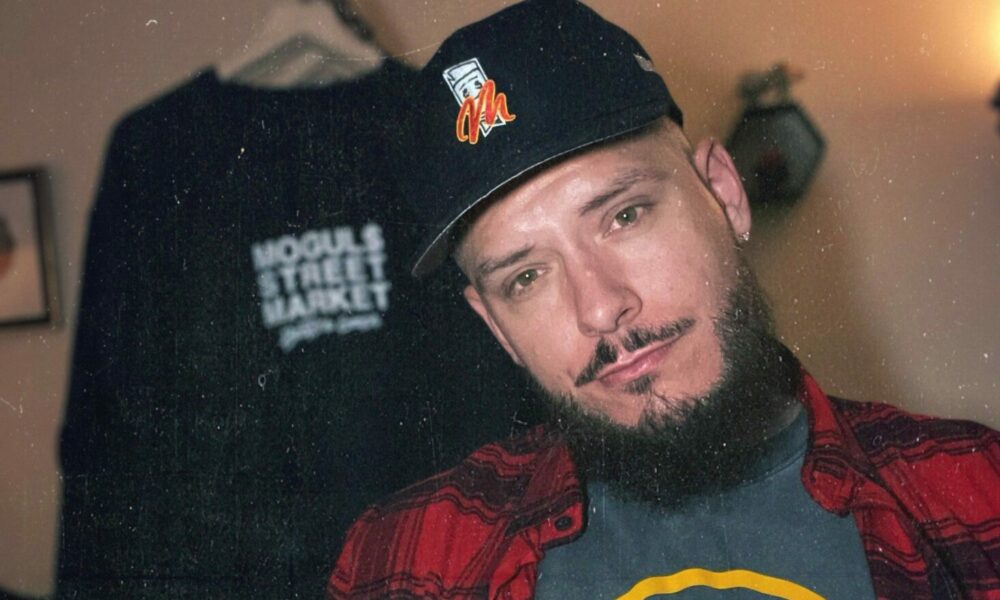 Today we’d like to introduce you to Gary “SNO” Tunnell.

Hi Gary, it’s an honor to have you on the platform. Thanks for taking the time to share your story with us – to start maybe you can share some of your backstories with our readers?
I’ve always been a creative individual, drawing a lot when I was a kid. On top of that my parents had a band so I was constantly around music which caused me to give it a go. I tried playing the drums but due to having a window go through my wrist like a guillotine when I was 2, I sucked at it. I fell in love with Hip Hop as a youth and since English was a strong suit of mine with a knack for storytelling, I started writing and ended up excelling.

I rapped through my teens/early adulthood and ended up having moderate success during the “Blog Era” being featured on 2DopeBoyz and other prominent sites of the time. Around 2010, I lost my job so I decided to teach myself Photoshop in order to save money on artwork and promotion. I fell in love with design and didn’t really know what my next move was, so I decided to go back to school to major in Visual Communication. At that point, I was old enough to know that music was a dream but design was a legitimate career that allowed me to constantly feed my creative needs while making a living.

Around my 2nd year of college, I started a streetwear brand with my homie C called “BRKEMGL$” (pron. BROKE MOGUL$). At that point I had done multiple projects between group efforts with my homies (The Untouchables and DMNS) and solo outings as well as the fact that we had released the inaugural collection for the MOGUL$, but life decided to pump my breaks again and my Macbook went out. Not only was I in the middle of a semester with several papers due, I was also in the process of recording another album and getting everything together for our fall/winter release.

Since I lost my Macbook, I had to take all of the money that I had put back for recording and clothing to get a new one because without it I couldn’t do any of it. It was an extremely frustrating point in life. By the time I got the new computer, I was so far behind in my classes that it turned me off to music and clothing. I just focused on graduating and design. I started freelancing while still in school, helping out people that I knew with whatever jobs I could pick up.

Fast forward several years and I’ve been designing for over 10 years now. I’ve had the pleasure to do work for celebrities, individuals, and businesses all around the world. I take great pride in my work and the details that go in to every project. I’m someone that genuinely loves what I do and being a part of people’s journeys, always aiming to go above and beyond expectations while trying to help in any way I can. I want everyone to succeed and reach their dreams, so anything I can do to help… I will.

I still had a love for fashion/streetwear and with the pandemic slowing life down for all of us, I took that time to relaunch MGL$. In the 2 years since, we’ve released several pieces, including the “BODYMORE RE-UP” based on the greatest show ever… The Wire. I’m at a point now where I’m just trying to nurture and grow all of my businesses. Along with BRKEMGL$, I have a creative studio called “ELEVN10 creative” that allows me to do graphic design, photography, branding, marketing, etc. I also recently invested in screen printing equipment and am now offering that as a service on top of handling the majority of production needs for BRKEMGL$.

Our motto/tagline for BRKEMGL$ is “DOLLAR AND A DREAM” because I truly believe that anything is possible with those 2 things. You just have to be willing to put the work in to make it happen and with ELEVN10 it’s “CREATIVES CREATE” because if you’re a true creative, it’s all you want to do. You have this constant yearning and that’s the state that I live in.

All I want to do is create, whether that’s design, clothing, drawing, photography, whatever. It brings me a happiness I can’t explain. It’s also why the first thing that pops in my head when I see something is “how did they do that?” It’s a beautiful thing to create something from nothing. It doesn’t matter what medium it is, I can find beauty in all of it. Film, art, architecture, writing, etc.

I’m sure you wouldn’t say it’s been obstacle-free, but so far would you say the journey has been a fairly smooth road?
No, not at all. That’s life though. It’s constantly bumping your head and making adjustments after you do so. I’ve dealt with death since my senior year of HS. Losing my dad at 19, my father (stepdad) in my early 20’s, my homie Realla that gave me my nickname was murdered before I graduated, along with 10-20 other people that were close to me.

I dated a horrible human being that killed every bit of my spirit, used me in every way possible, caused my family/friends to cut me off, got me addicted to pain pills (I’ve been clean for 12 years now), and turned me into someone I didn’t recognize anymore. Side note: the pharmaceutical industry are the biggest drug dealer in the world and they’re regulated by the govt.

I’ve been homeless for a short period. Sold drugs to survive. Stole from my loved ones while I was addicted in order to feed my habit. On top of all of that, I’ve been helping take care of my mom since 2011 due to several strokes and seizures. You name it, I’ve been through it. Most of which I’m not proud of but without it I wouldn’t be who I am today.

Every wrong move I made early on made me a better person today. I believe that mistakes are good, so long as you learn from them. You either grow or you die, so I wake up every day trying to be a better person than I was the day before. We’re only guaranteed two things in this world and that’s life and death.

You gotta make the most of what little time you have between those two points. By the grace of God I’m still here to do just that.

Can you tell our readers more about what you do and what you think sets you apart from others?
With the motto “creatives create,” ELEVN10 creative is a place with no limitations.

I think what sets me apart is me. Who I am as a person. My character. I genuinely love what I do and truly want everyone to succeed. I approach every client’s project as if it was my own, because I want my client’s to know that I’m just as invested in their success as they are.

You can look at the reviews on my website (ELEVN10.com) and see that.

We all have a different way of looking at and defining success. How do you define success?
I think success is kinda like beauty. It’s in the eye of the beholder. At the end of the day, I just want to create something that gives someone a positive feeling.

Whether that is doing a design for a client that makes them more motivated to chase their dreams because their ideas are starting to become real. Creating a piece of clothing that makes someone feel better about themselves when they wear it because they look good.

I want to connect with people through a shared love, while also telling a story. Because of that I believe that I am already successful, but I’m not content. I eventually want ELEVN10 creative and BRKEMGL$ to be known worldwide.

To be able to create from the time I wake up until I lay back down while being able to live comfortably off the fruit of my labor. That’s the dream. So tell a friend to tell a friend and let’s see how far we can take this.
Lastly, I want to thank you for this opportunity. I know I’m nothing without the support and love from people. So I’m truly humbled every time someone spends their hard earned money with me because I know nothing is owed to me. 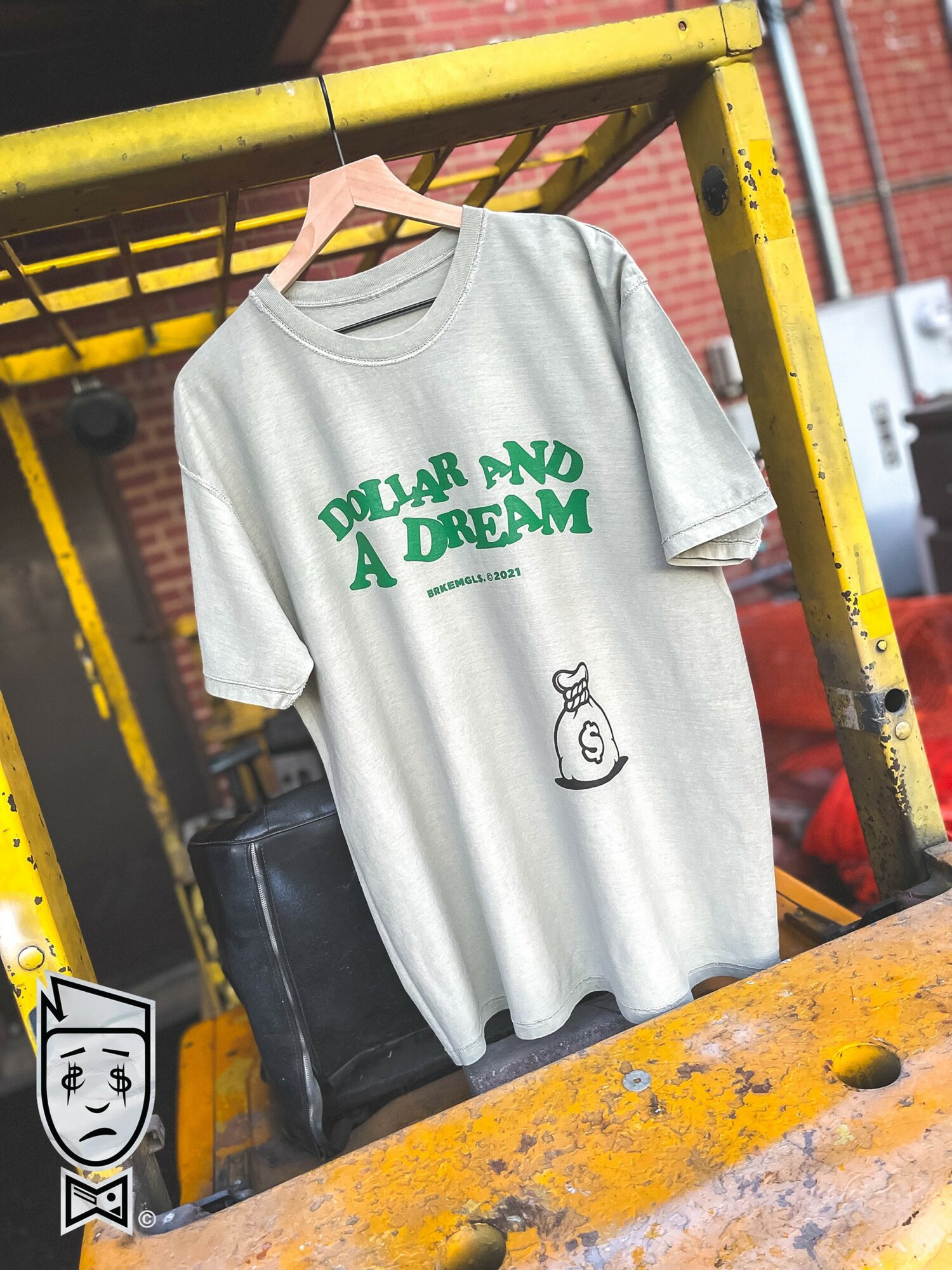 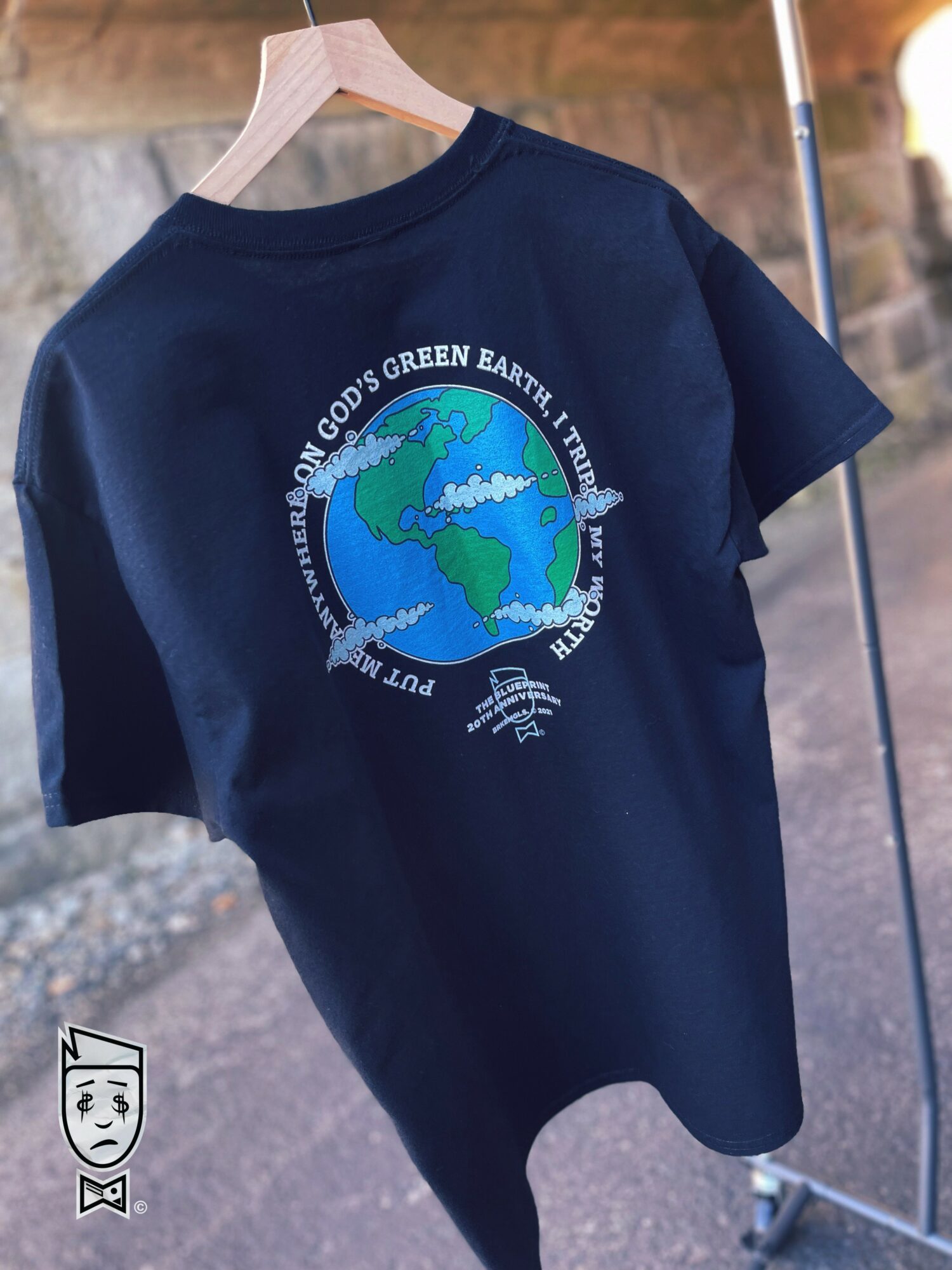 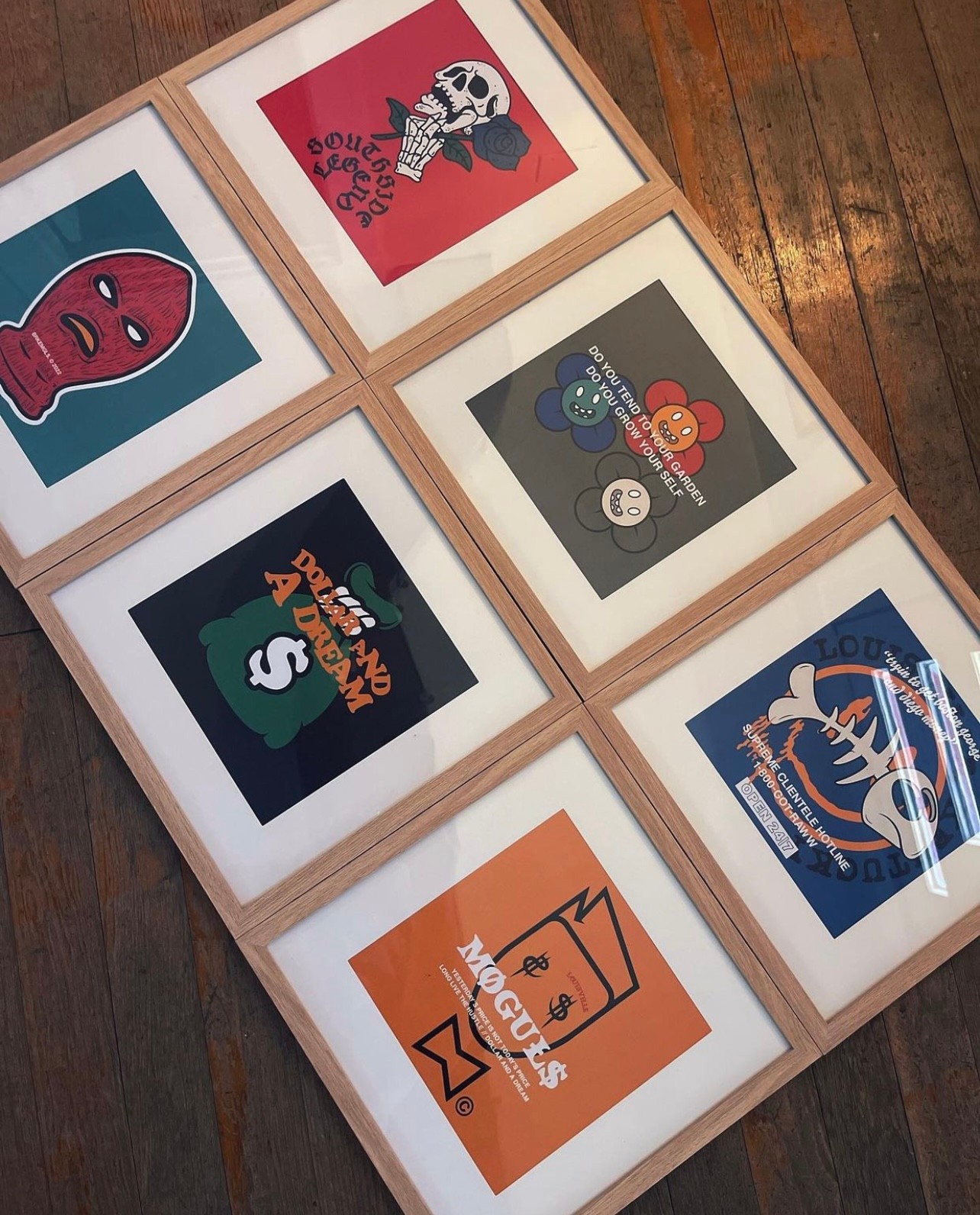 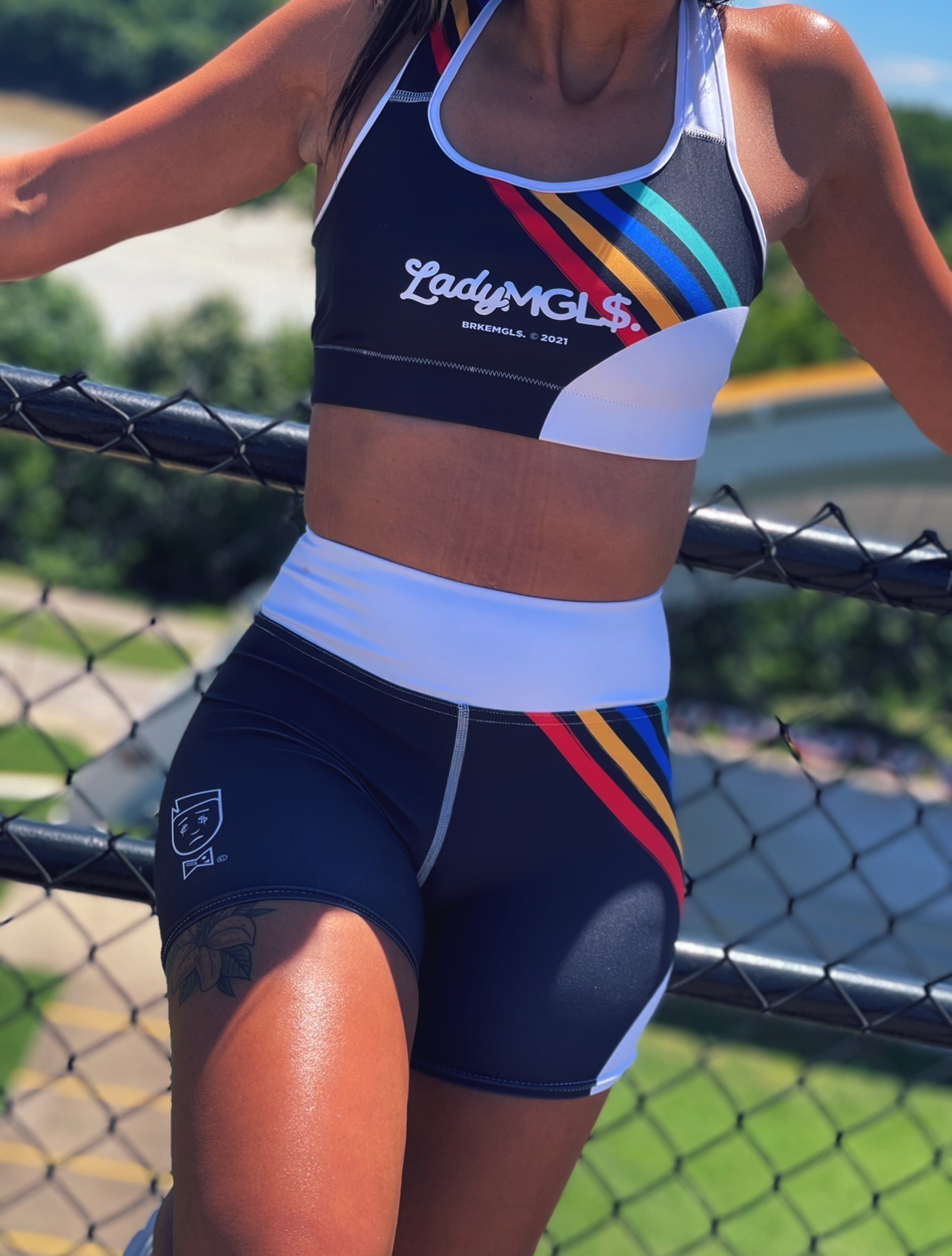 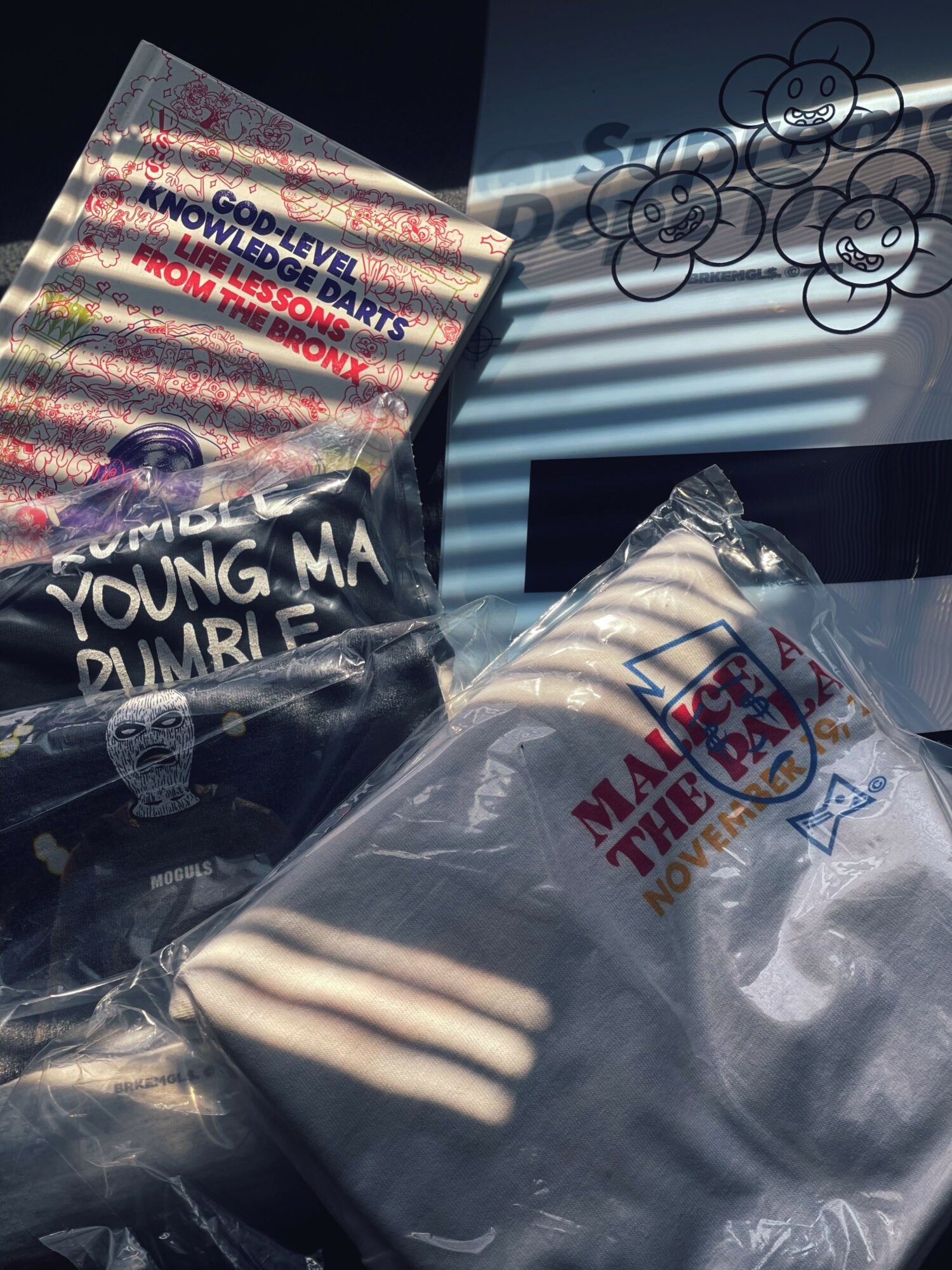 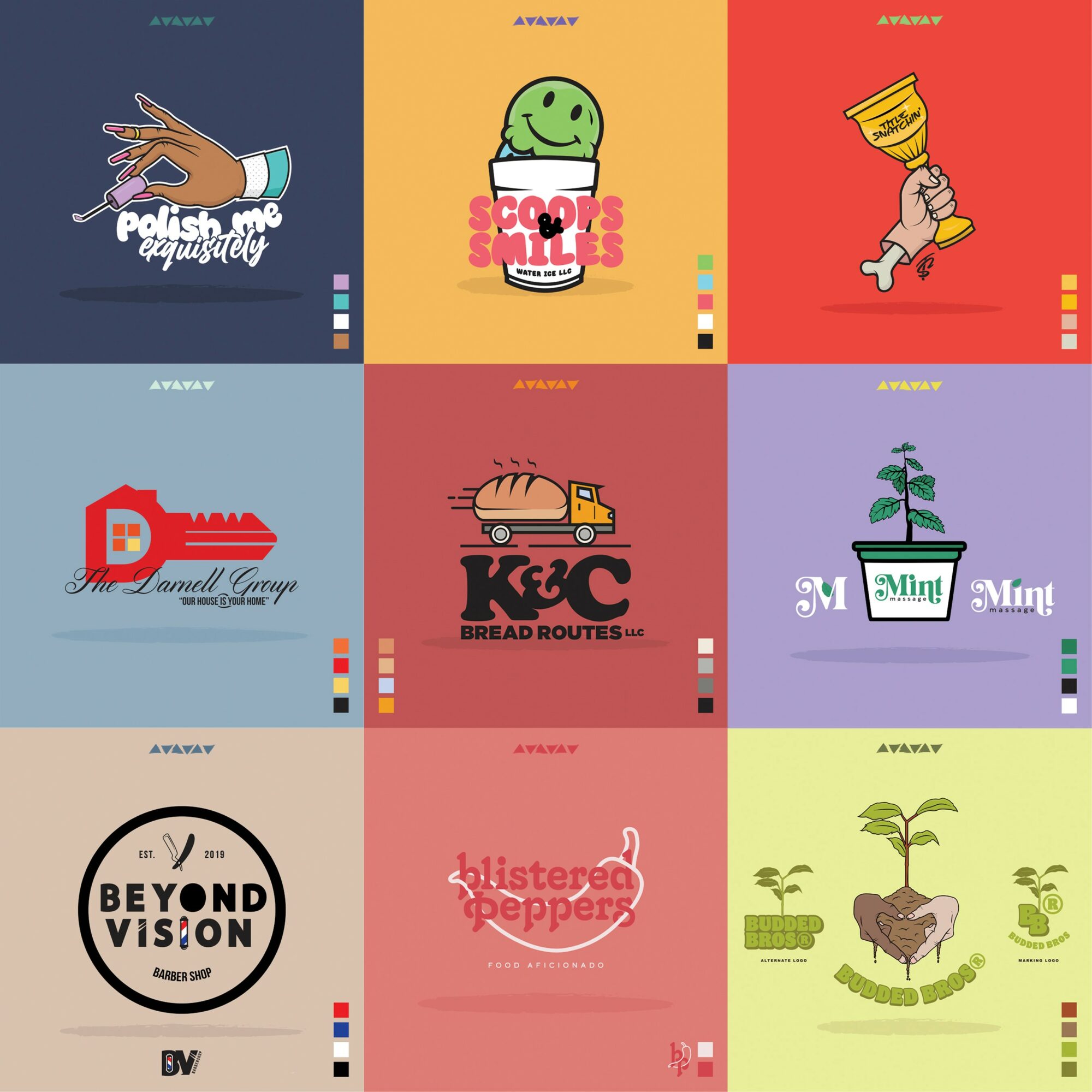 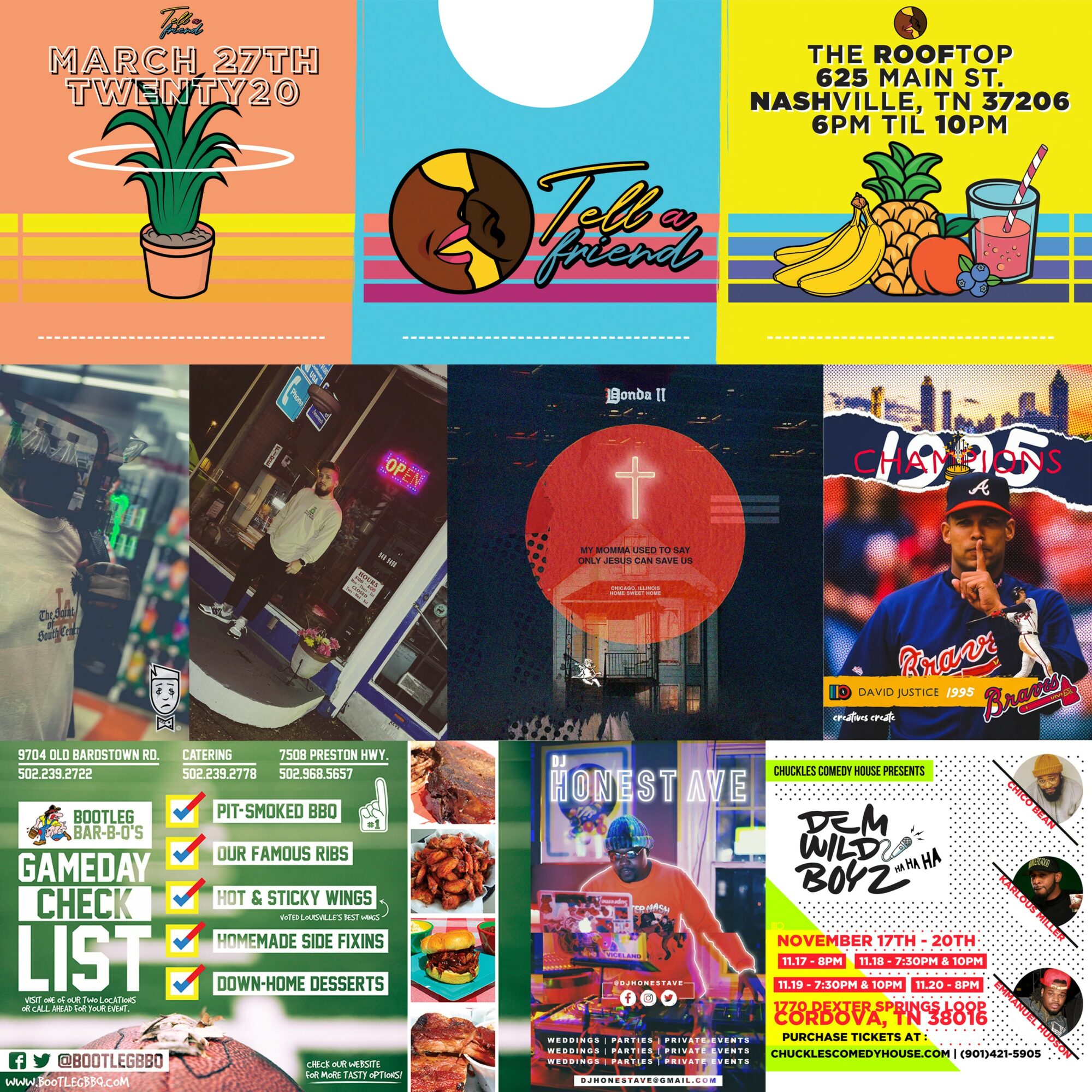 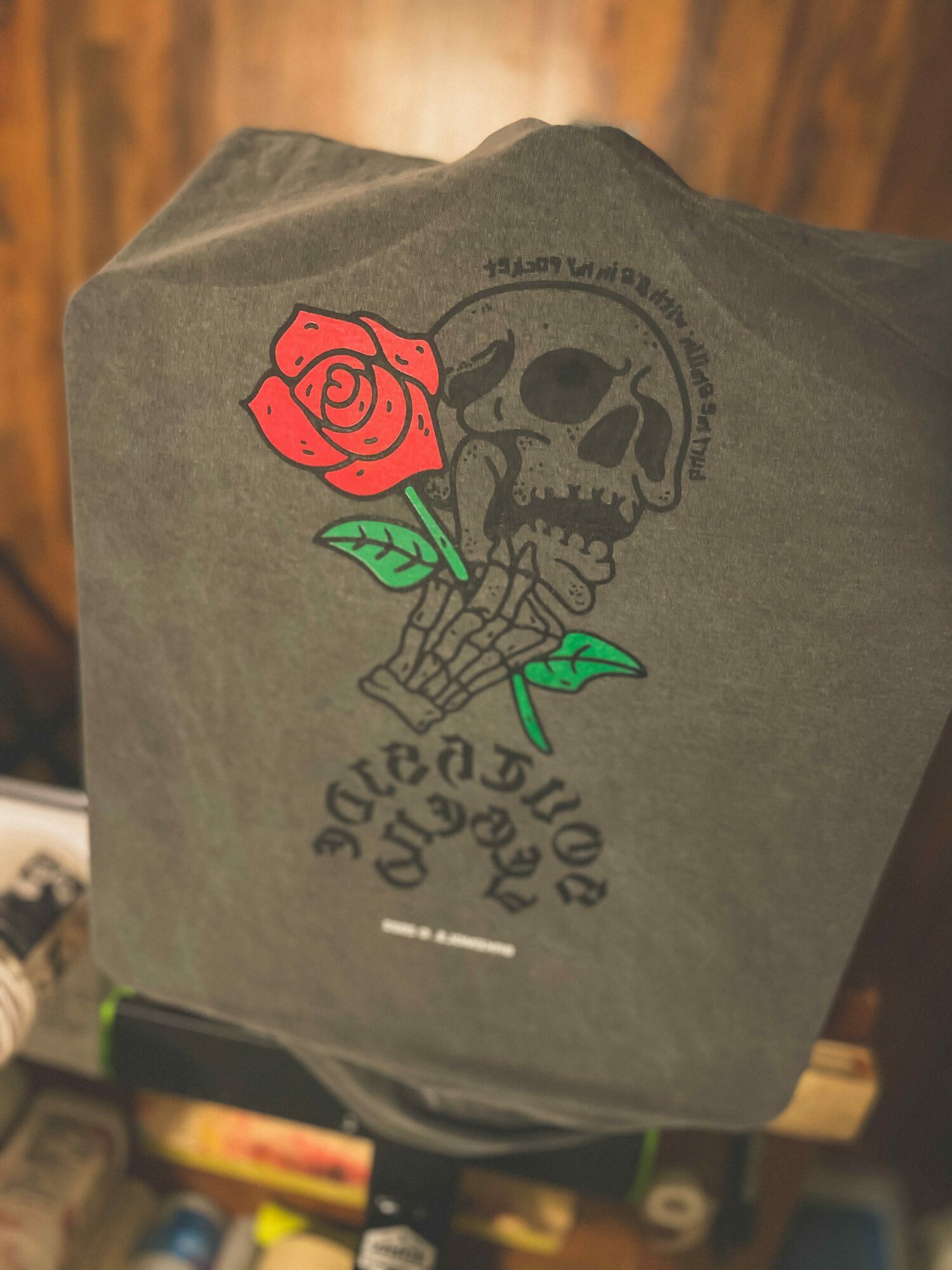