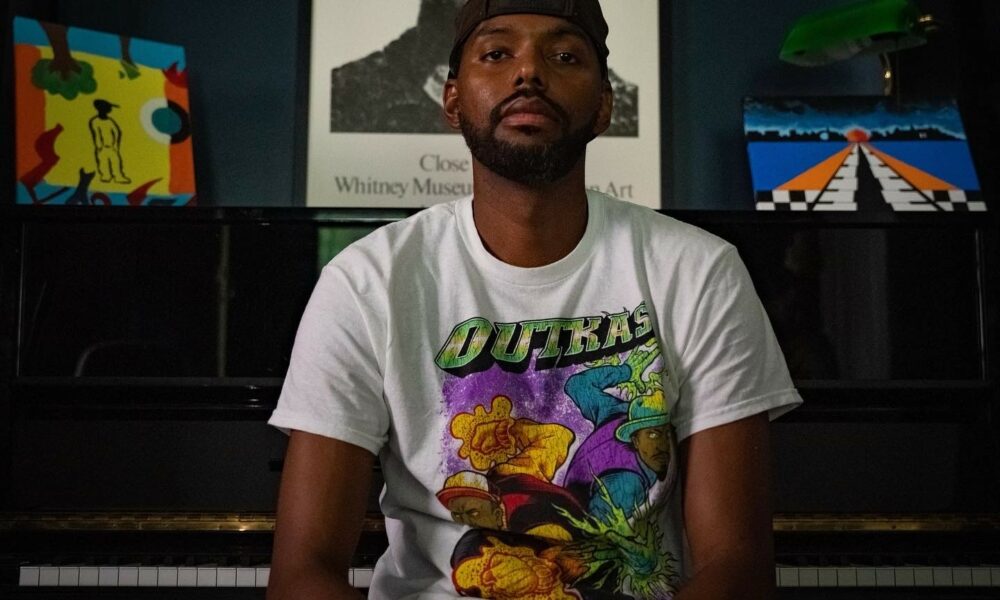 Hi ELLI$, so excited to have you with us today. What can you tell us about your story?
I was born in Sinai Hospital, like many people from Baltimore. My parents (luckily, I had both my Mom and Dad, unlike many of my friends I grew up with) lived in East Baltimore on Bartlett Avenue. We lived there until I was in the first grade. I was pretty independent as a young child, maybe out of necessity when I think about it. My earliest memories are walking home from school and seeing all the needles lying on the ground. As a kid, you had to be careful where you were playing because the last thing you wanted was to get stuck by a dirty heroin needle by mistake playing hide and seek, and this was the mid to late 80s, so this was before we even knew about HIV and AIDS. Shortly after my brother was born, we moved to Randallstown during that time. Moving to the county symbolized some form of success, like the “made it out of the hood” symbolism. I eventually got into Basketball which led me to go to Cardinal Gibbons. The Baltimore Catholic League, during my era, was one of the country’s best high school basketball leagues. My childhood friend Nigel was the first person I knew who made music. He was making beats from high school at 100 miles a minute. By the time we were seniors, he had a library of 120-minute cassette tapes of beats he had made. On the weekend, we would listen to Morgan State 88.9 Strictly Hip Hop, which years later, to have our music played on the same show and do several interviews on air was surreal. I played ball in Junior College at Frederick and the College in West Virginia; a Division 2 school called Davis & Elkins. West Virginia is no place for a Black man. Those were my real first encounters with racism. I eventually came back home to Baltimore and almost immediately started making music. I had always played around with it but never seriously. I was locked up in what they called possession, intending to distribute marijuana. I ended up with a felony on my record, which ironically has been downgraded to a misdemeanor retroactively but to the new laws that make marijuana now legal on a state level. The frustration of being unable to get a job I wanted because of my record and trying to play overseas, not panning out left, combined with my experiences in West Virginia and Frederick, gave me a lot of stuff to get off my chest. Nigel, who goes by Legin (pronounced Legend), had the beats that served as the canvas I needed to express myself artistically. We made a demo titled “The Essence” in 2008 or 2007. We recorded the records in his room with some equipment his father, a musician, had given him.

We had the bare minimums, but we made it work. A friend of mine Toni Branson who played on the Woman’s basketball team at Frederick Community College, reached out to me on Myspace. She had moved to New York to attend New York Film Academy, where she graduated and worked for a film production company. She genuinely wanted to help after hearing the music on my Myspace page and offered to shoot a video for a song we had called Hardcore. Me Legin and my friends Vince, Face, and TJ went up to Bedstuy Brooklyn (my first trip to New York) in the boiling summer heat of 2008. That trip and video experience changed my life. I was back and forth to New York for the next decade almost. I immediately began working on my next solo album, BluRay E. This time I was in a real studio. My homegirl Milly introduced me to her child’s father, DJ, who ran a studio out of their basement where she also had a thriving salon. Toni then came to Baltimore, where we shot 3 videos (Bmore Boys, Niburu, and Daddy). Bmore Boys video got the attention of B. Dot (Brian Miller) of Rap Radar, who posted the video on the Rap Radar blog site, which opened many doors.

My next album, the one that opened a lot of eyes, was The Education Of Ellis. Being able to meet and build a relationship with one of my favorite rappers, Styles P., was monumental, and our record “Misled” will live forever. The whole album was inspired by the movie The Education Of Sonny Carson. And a skit from the movie was placed throughout the album. I came into my own on that project. The Baltimore Sun rated it 31/2 out of 4, the highest-rated rap album ever. Thru B. Dot, I could go on Sway in the Morning and freestyle, which opened a lot of eyes and got me invited to be on MTV RapFix end of the year cipher. Between the BluRay E. and The Education of Ellis, there was a 3-year gap where I put out two mixtapes, BMC2K12 and BMC2K13, both of which I used as tools to set up The Education of Ellis, especially 2k13. I reached out to all the rappers in the city I thought were dope Al Great, Greenspan, Japiro, Rickie Jacobs, and my crew Legin and Stan Green.

Most importantly, none of that would have gotten done without Brain Trust. Brain Trust reached out after the Bmore Boys video dropped and sent me some beats. We’ve been working together ever since. At the time, he was engineering at Bossman’s studio and eventually transitioned to having a setup where he lived. He’s the only person I trust with my vocals, and the music we’ve made is the perfect balance to the music Legin, and I make. He’s produced about 50% of my music catalog, the biggest record being “White Henny Flow.” I say that too brings things current we released our first album, SOLIDIFIED, where he produced the entire album. We were able to contributions from Griselda records own Boldy James as well as BSF member Elcamino and Baltimore artist Jay Wyse. It would be one of the best albums I’ve made, if not the best, and the reception indicated that. And to bring things full circle, I’ve just completed LIVING LEGEND, which is entirely produced by Legin and will be out this fall.

Alright, so let’s dig a little deeper into the story – has it been an easy path overall, and if not, what were the challenges you’ve had to overcome?
I’ve been blessed to have some really dope creatives around me, from Legin to Brain Trust to Toni. On the visual side, I’ve always managed to stay inspired with accolades and notoriety and try to get the art its proper exposure. It has been a rocky road but taking a truly independent journey that’s to be expected. I’ve witnessed the game change from 2008 to now, so Radio used to be an obstacle, but now streaming and playlist have taken over, so just adapting to the times has made things easier, but it’s still a grind.

Can you tell our readers more about what you do and what you think sets you apart from others?
I’m an artist that expresses himself in the form of hip hop. I’m known for my album The Education of Ellis, My song “Misled’ featuring Styles P., my freestyles on Sway in the Morning, and other Shade45 shows. I’m most proud of the latest/next piece of art I’m creating. What sets me apart is I create colors never before seen.

What does success mean to you?
To me, success is living in your truth without fear, waking up and doing what you love for a living—being proud of the person you see in the mirror. 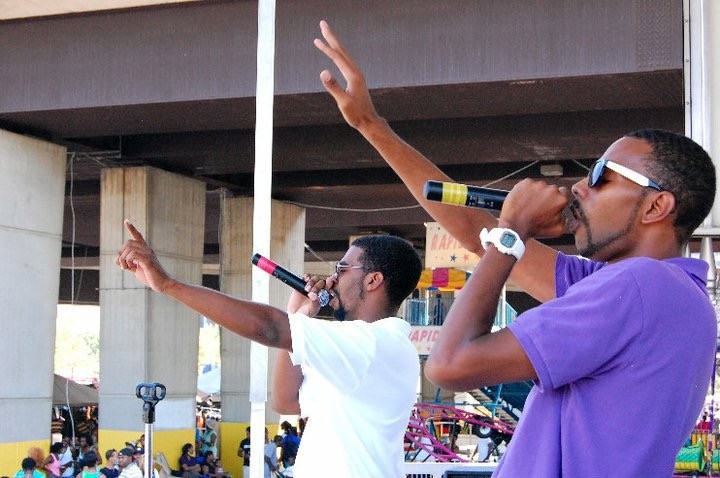 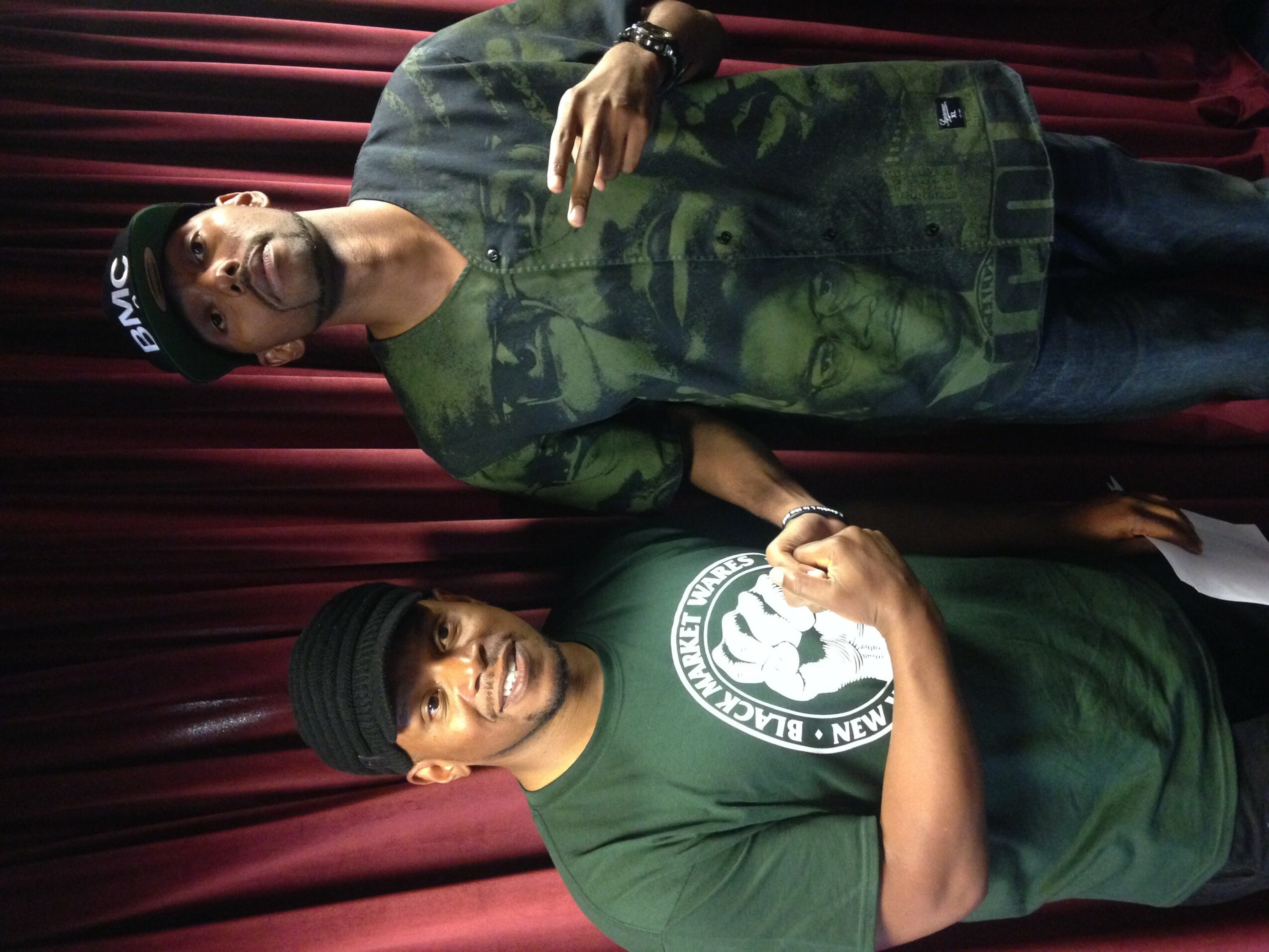 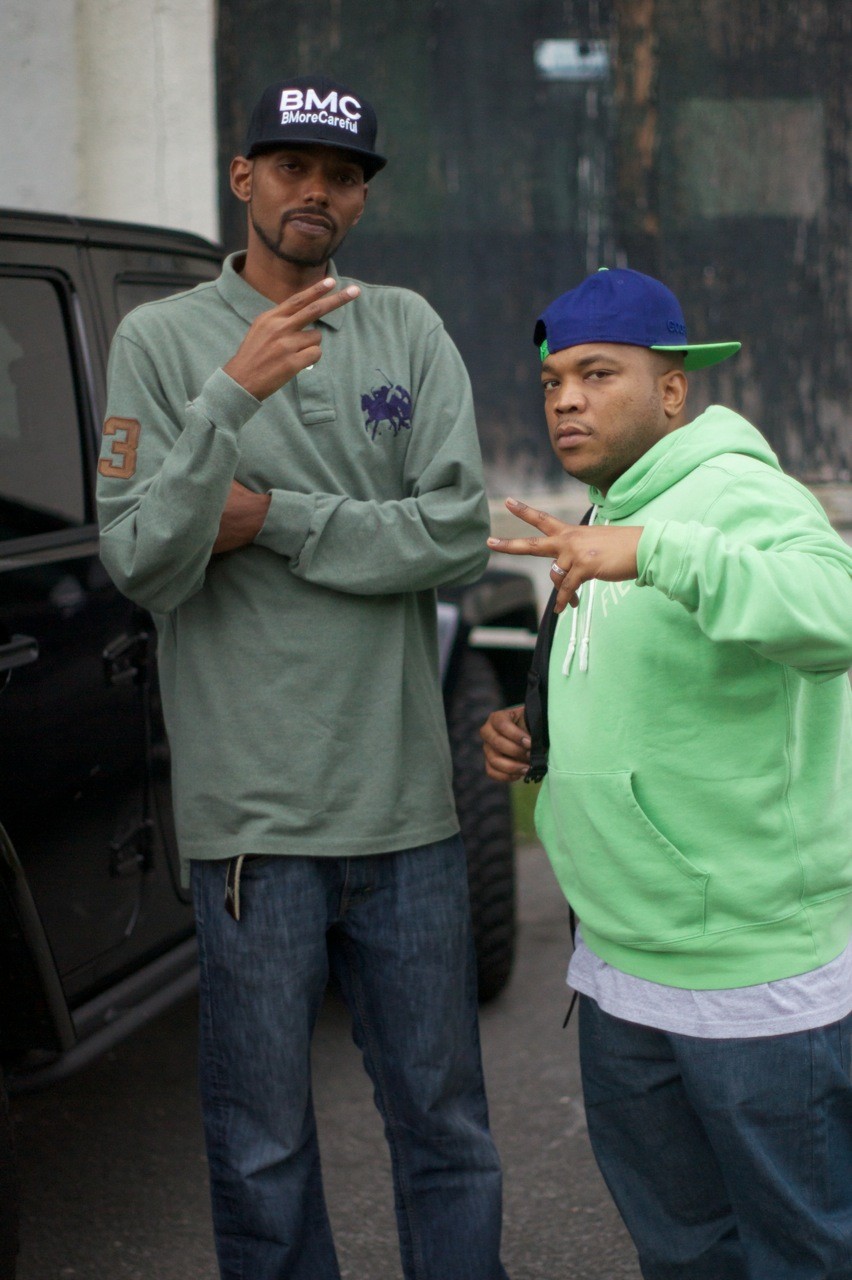 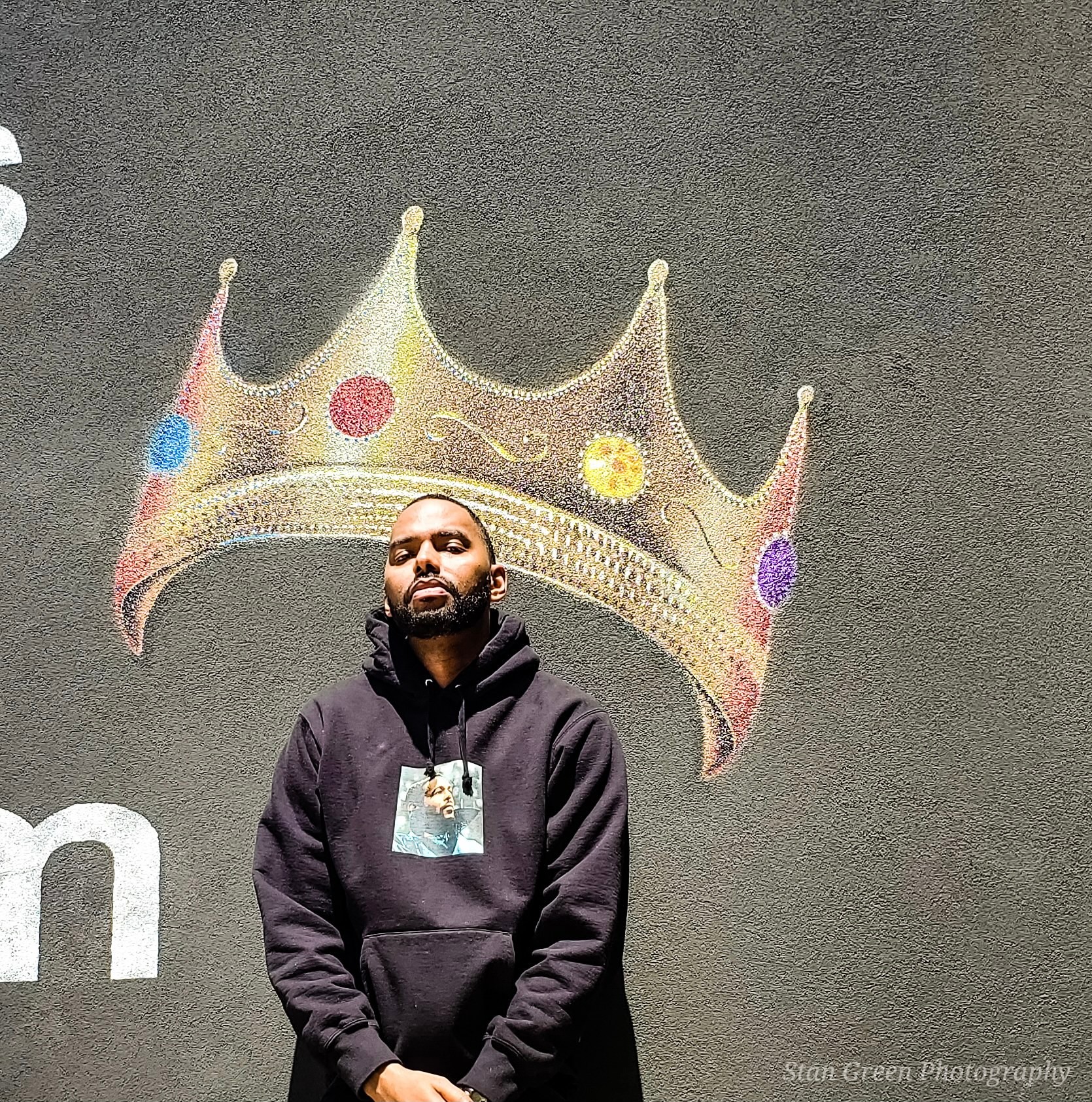 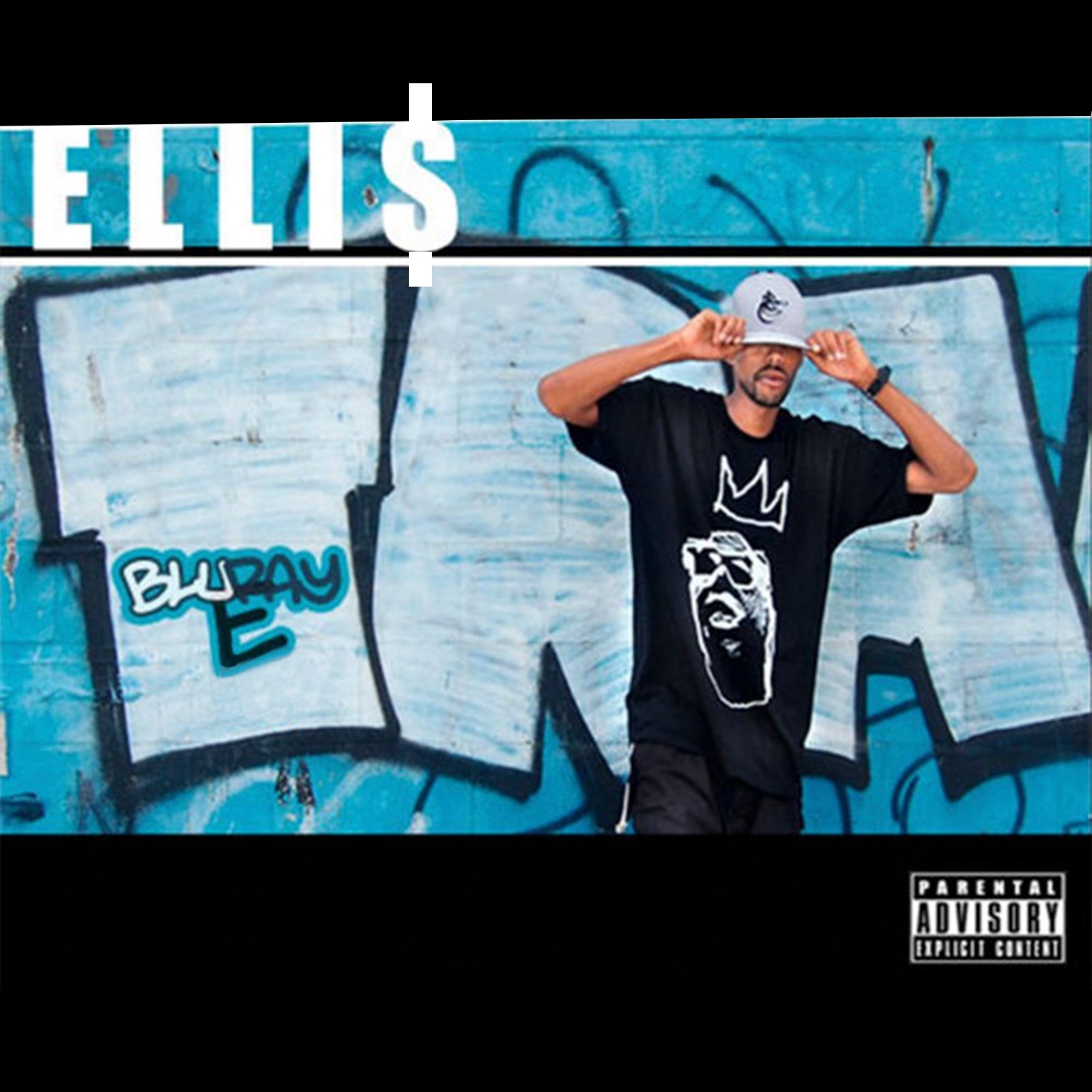 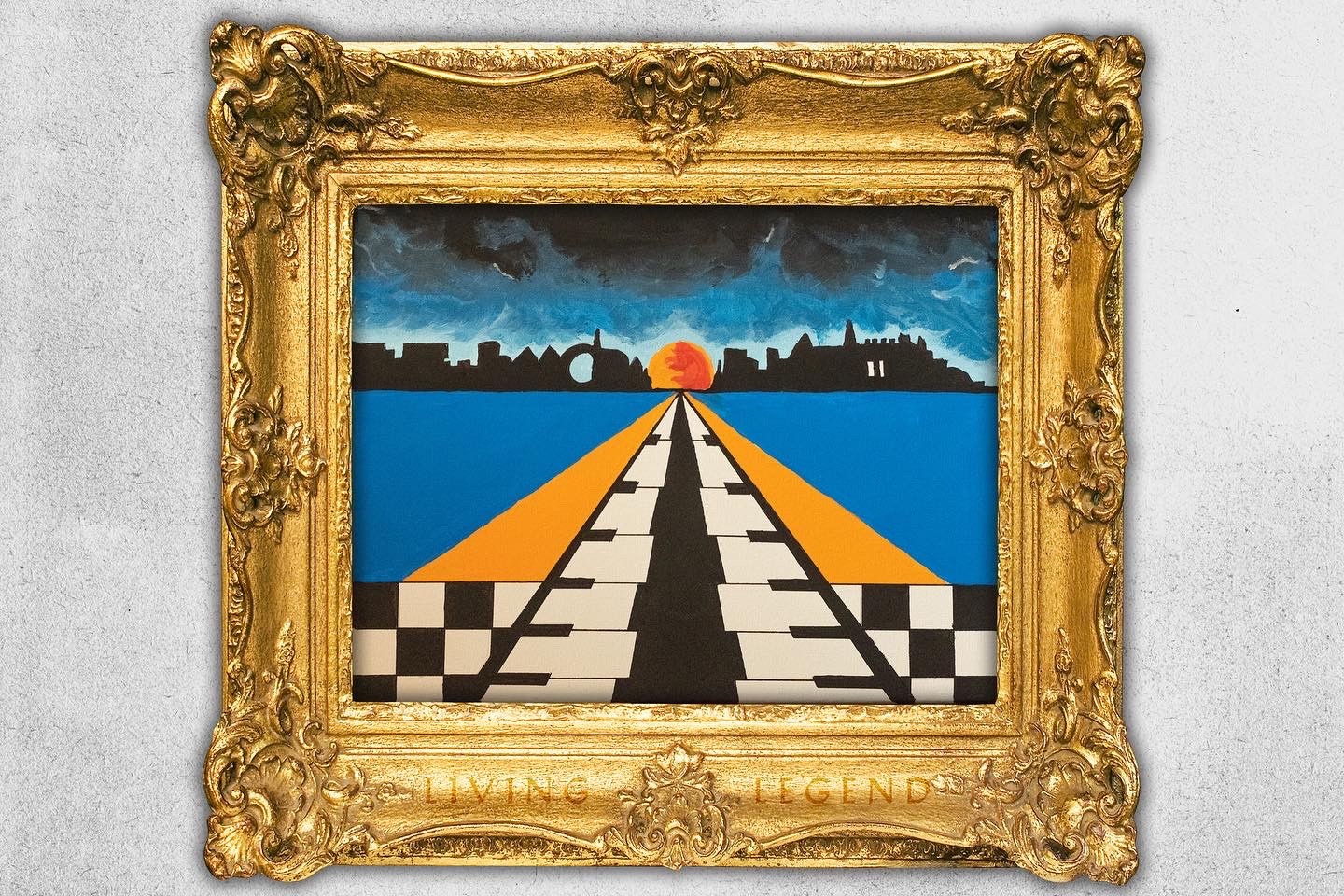 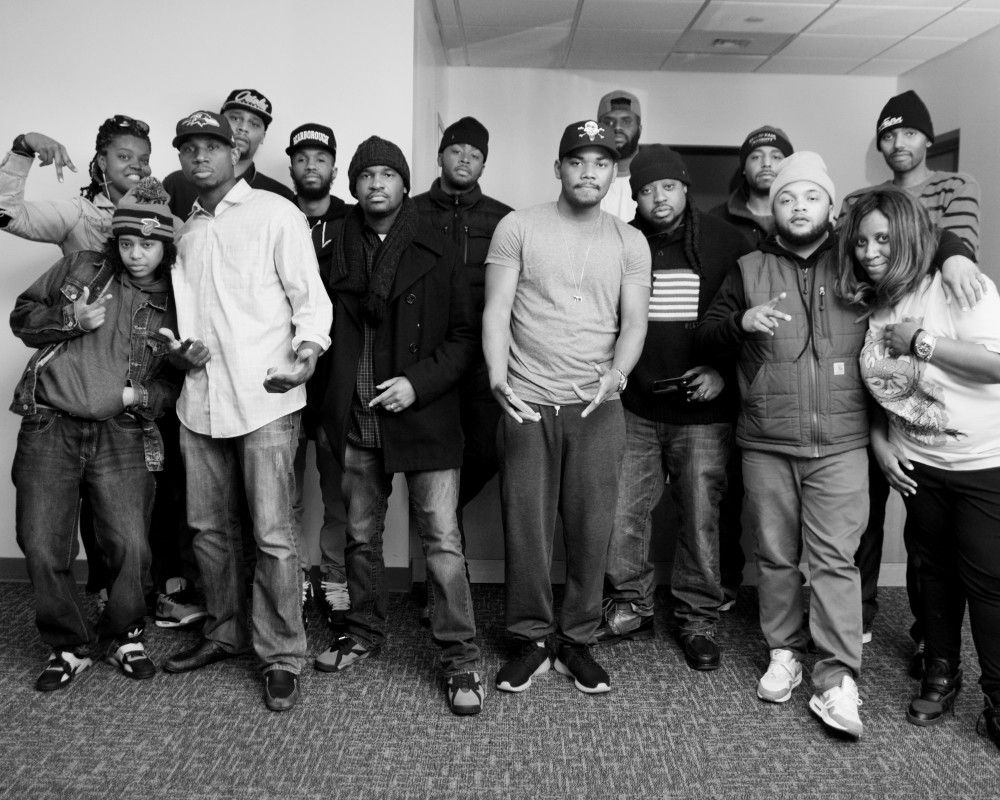 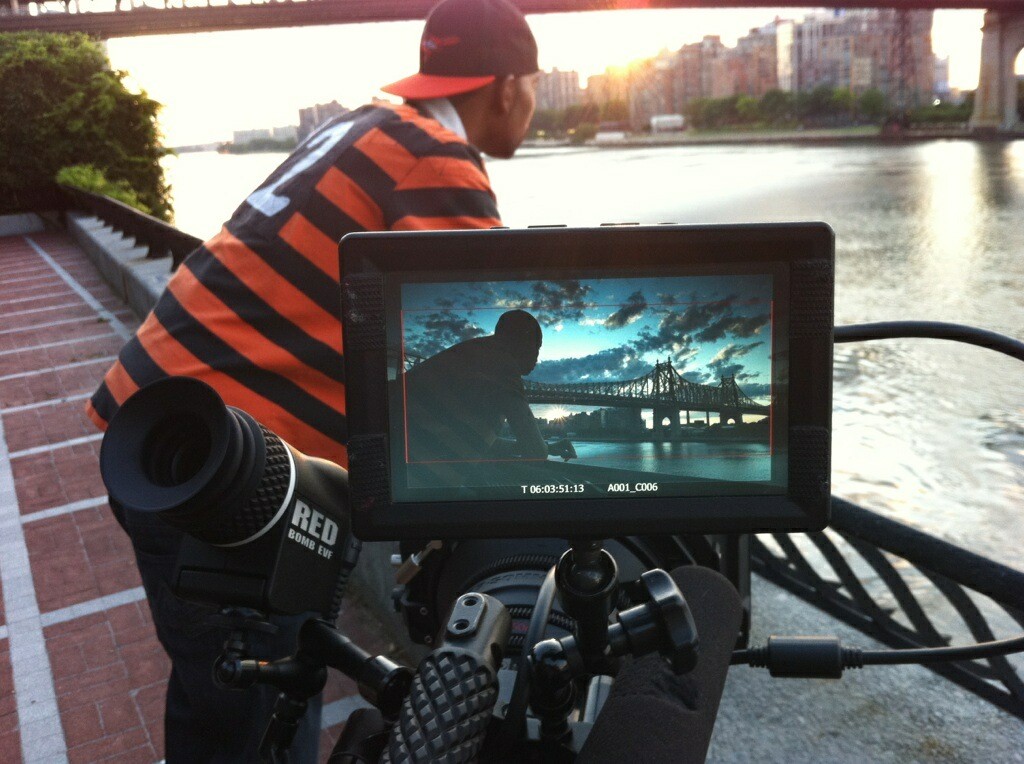 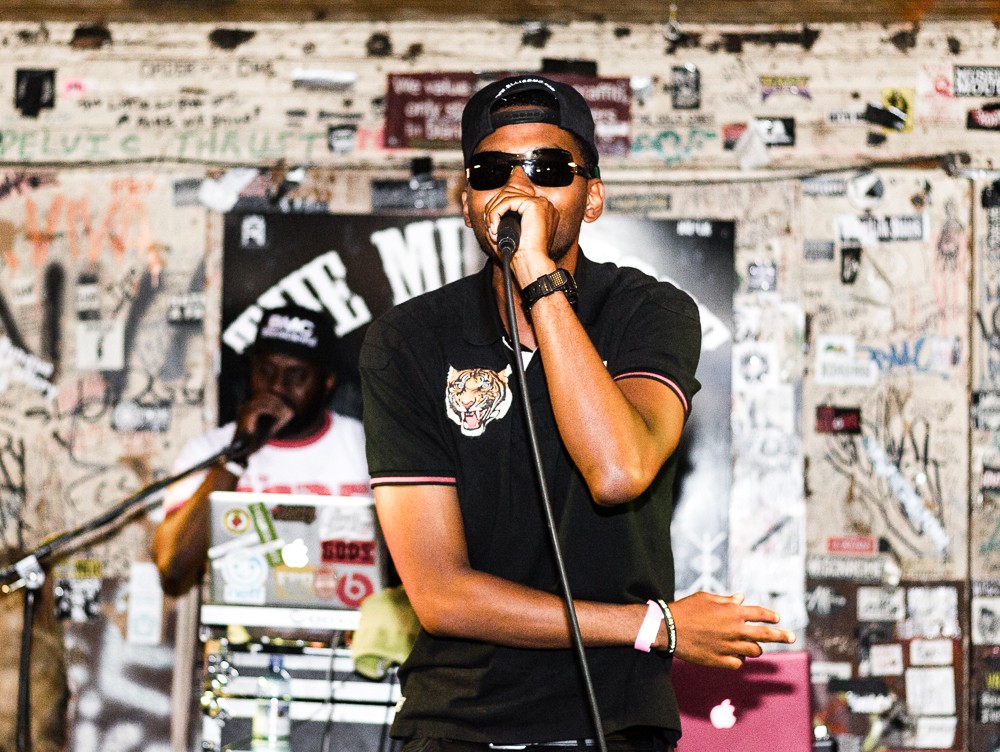 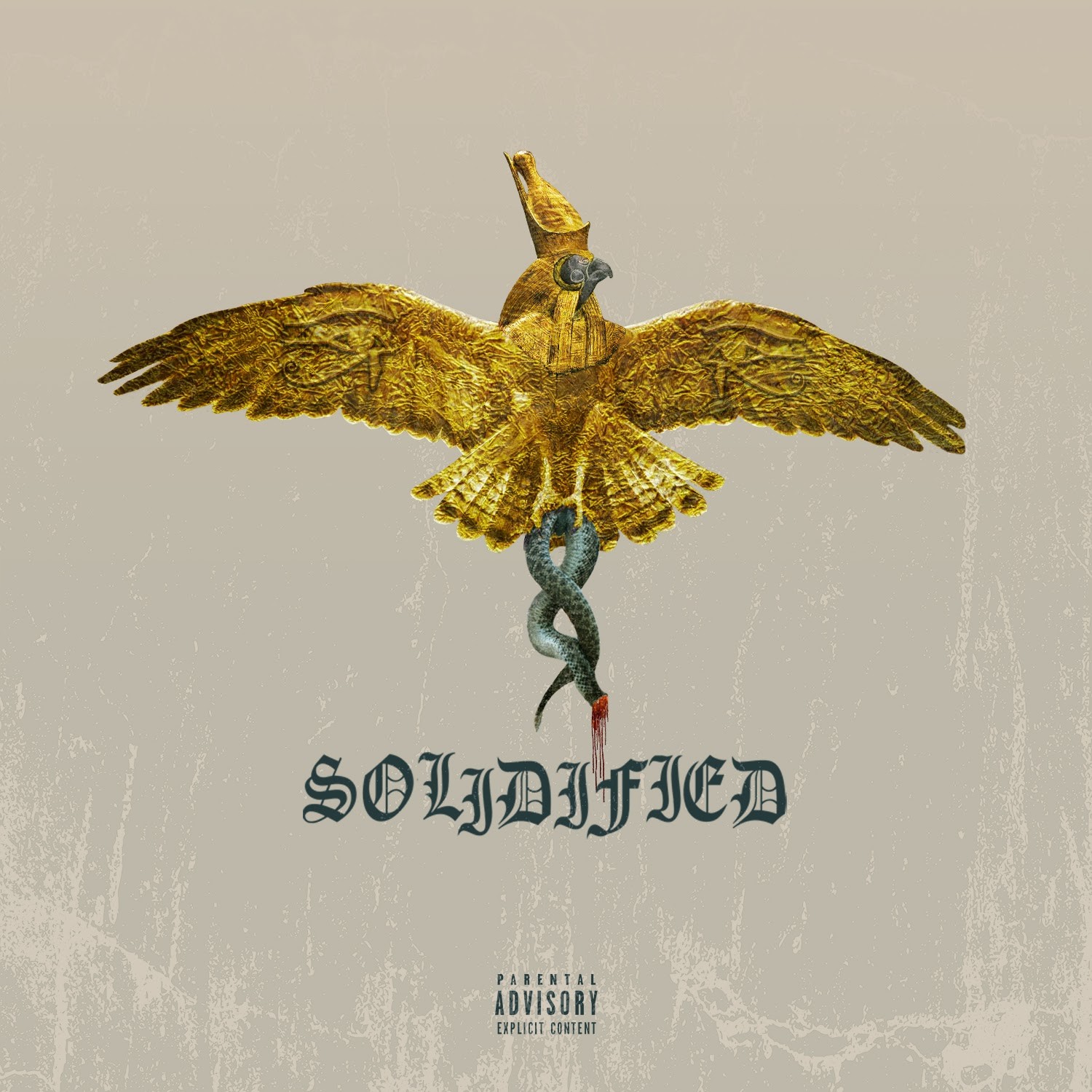 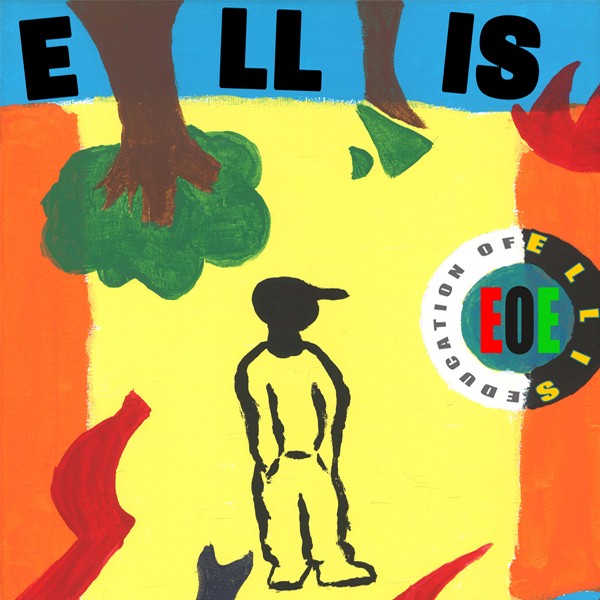 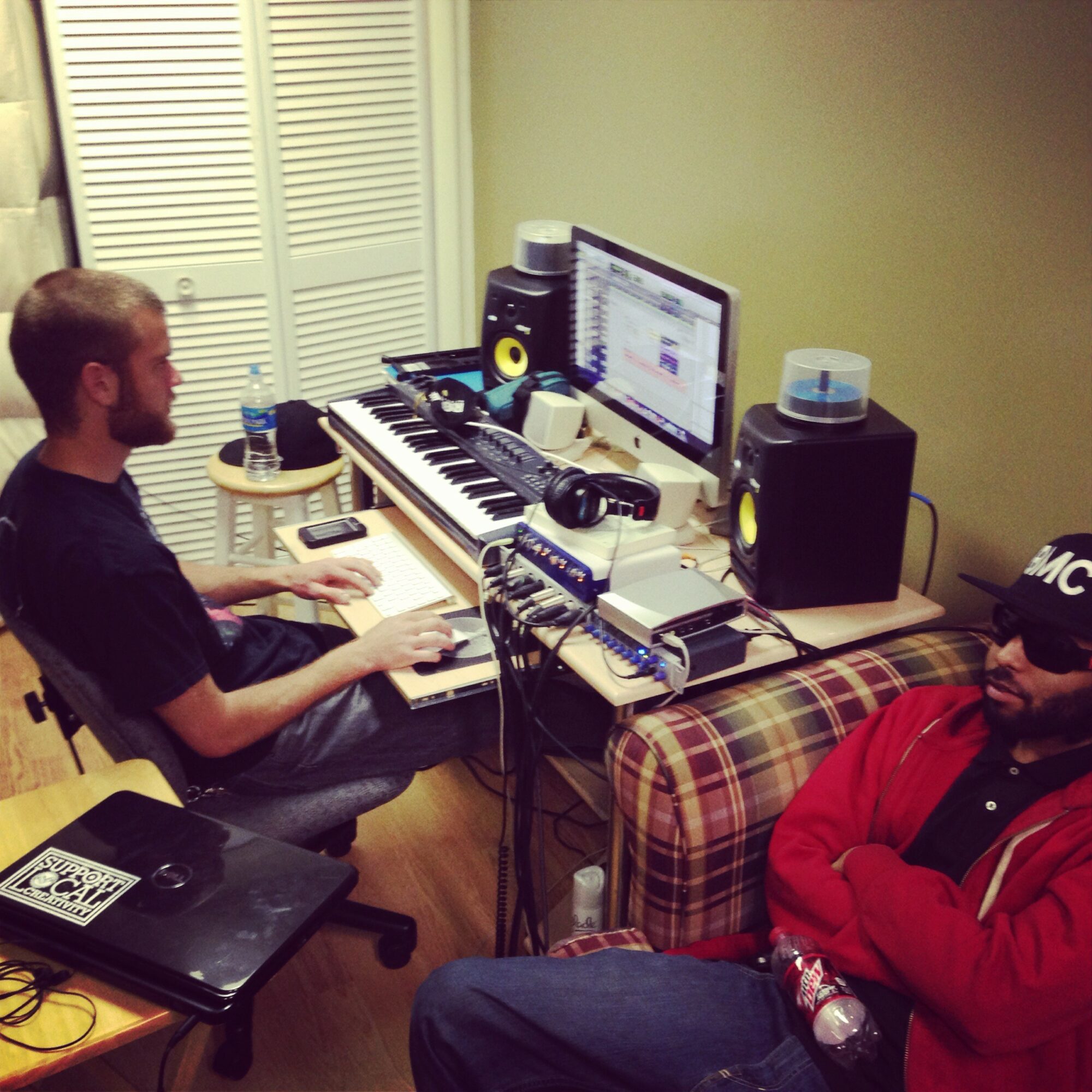