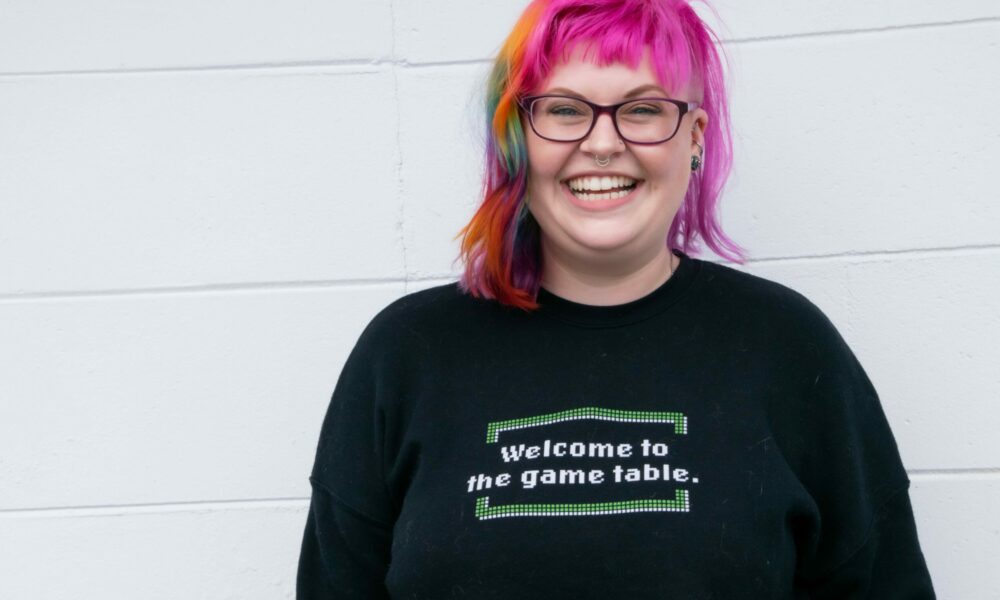 Today we’d like to introduce you to Clara Mount.

Hi Clara, we appreciate you taking the time to share your story with us today. Where does your story begin?

The short version is that I wanted to listen to inclusive podcasts about gaming but couldn’t find one – so I made my own.

Let’s start with the basics: it sucked being a female gamer in the 90s and 2000s.

I grew up in a time when gaming was aimed primarily at men. I grew up being actively excluded from gaming with “the guys” around me. I grew up watching pro women gamers receive death and rape threats and get attacked for winning tournaments against men. I grew up feeling it was unsafe to speak up because no matter what I said, I’d have to spend an incredible amount of energy defending myself. Because I was a woman, my perspective on gaming wasn’t considered valid, and I wasn’t welcome in that community.

A decade ago, I remembered talking to a friend about making a website where us and other marginalized folks could write about games without fear of backlash from the public. We planned to use pseudonyms and withhold photos of ourselves, so we didn’t have to worry about physical harm. I mean, the situation was bad at the time for women and queer folks who wanted to talk about games, especially if we were going to be critical (and we were). And don’t even get me started on how much worse it was for gamers of color. In the end, we chickened out, but that planted the seed for what Re:Play ultimately came to be.

Years later, at the end of 2020, I started looking for new podcasts to listen to. I was beyond frustrated and disappointed when I could only find ONE gaming podcast with a woman co-host and none that featured people of color – the rest were all hosted by white men. And while some of that content was excellent, I was so tired of hearing white men talk about games. I craved the voices of marginalized gamers – the outcasts, the people who had to create space for themselves within a community that straight white guys had dominated for decades.

This time I was ready to take action. I pitched my idea to a small podcast network and almost immediately got signed for a development contract. They provided incredible support and resources to get my show off the ground and continue to support me to this day. I released my first episode in March 2021. And now I’m a year and a half into this crazy thing, with 19 episodes in my catalog and more on the way.

Would you say it’s been a smooth road, and if not, what are some of the biggest challenges you’ve faced along the way?
You mean besides having zero experience with podcasting and having to learn everything from scratch? Well, I told you about the pushback I was trying to avoid earlier in my life. Unfortunately it still happens now. For a while, I was trying to promote my show on TikTok. I posted a video that made a joke about PC gamers being obsessed with RGBs. There were all these slow, dramatic, panning shots of my PC with all my rainbow RGBs lit up and awful EDM playing over it. My downfall was that I showed my face at the beginning of the video. Cue hate comments pouring in about my PC build, the dust in my keyboard, my hair, my sexuality, and my relationship with my dad. I was hurt and angry. It almost made me quit TikTok for good. Believe it or not, I turned to Twitter and publicly asked for advice about handling discriminatory comments on your media. How do we moderate that shit? How do we protect ourselves? Through that tweet, I connected with an indie podcast run by two gay guys, who helped me a lot with some very kind words when I needed to know I wasn’t alone. So yeah, being a femme content creator is still rough in unexpected ways. But the difference between me now and me ten years ago is that I don’t just feel helpless and alone when I see those comments. Now I know where I stand and who’s here to back me up.

As you know, we’re big fans of you and your work. For our readers who might not be as familiar, what can you tell them about what you do?
The most common question I get is, “Why did you call your show Re:Play? What’s with the punctuation?” Pro tip, it’s an abbreviation! The full concept is “Regarding Play” – because the show is about the play itself, going deeper into why we play games and why they matter. It also references replay value and the idea that gamers always return to the games they love. But the purpose of my work goes beyond the name. Re:Play aims to lift diverse voices in the gaming community. I interview people across the industry – about whatever kind of games they love – ask them to share stories about their experiences and give them a platform to speak about their passions. I aim to share these perspectives with the world so we can all think differently about games and the people who play them.

We’d love to hear about your fond memories growing up.
Most of my earliest memories are about games. My brother and I would spend hours on the living room floor playing Star Wars Monopoly while the original trilogy played on the TV for background noise. My mom was a big supporter of games because she had fond memories of watching her mom play the Atari. When we were kids, she found a SEGA Genesis, Atari, and NES at garage sales in the area and brought them home for us. And when the Nintendo 64 came out, we were lucky to get one at home.

I was hooked on gaming. My brother and I would play against each other in Mario Kart 64, Perfect Dark, and Mortal Kombat. (Sonya from Mortal Kombat was an early role model for me because she could break a man’s neck with her ankles while doing a handstand. Powerful!) We’d compete to see who could get the high score in Sonic Spinball. Sometimes we’d even help each other and play things like Golden Axe or Captain America and the Avengers in co-op mode. And we always played Pokemon together – he had the Red version, I had Blue, and we could catch them all together!

I feel like many of my friends stopped playing games as they grew up, but I never did. I just kept going and trying new kinds of games until I ended up, well, obsessed enough to start a podcast. 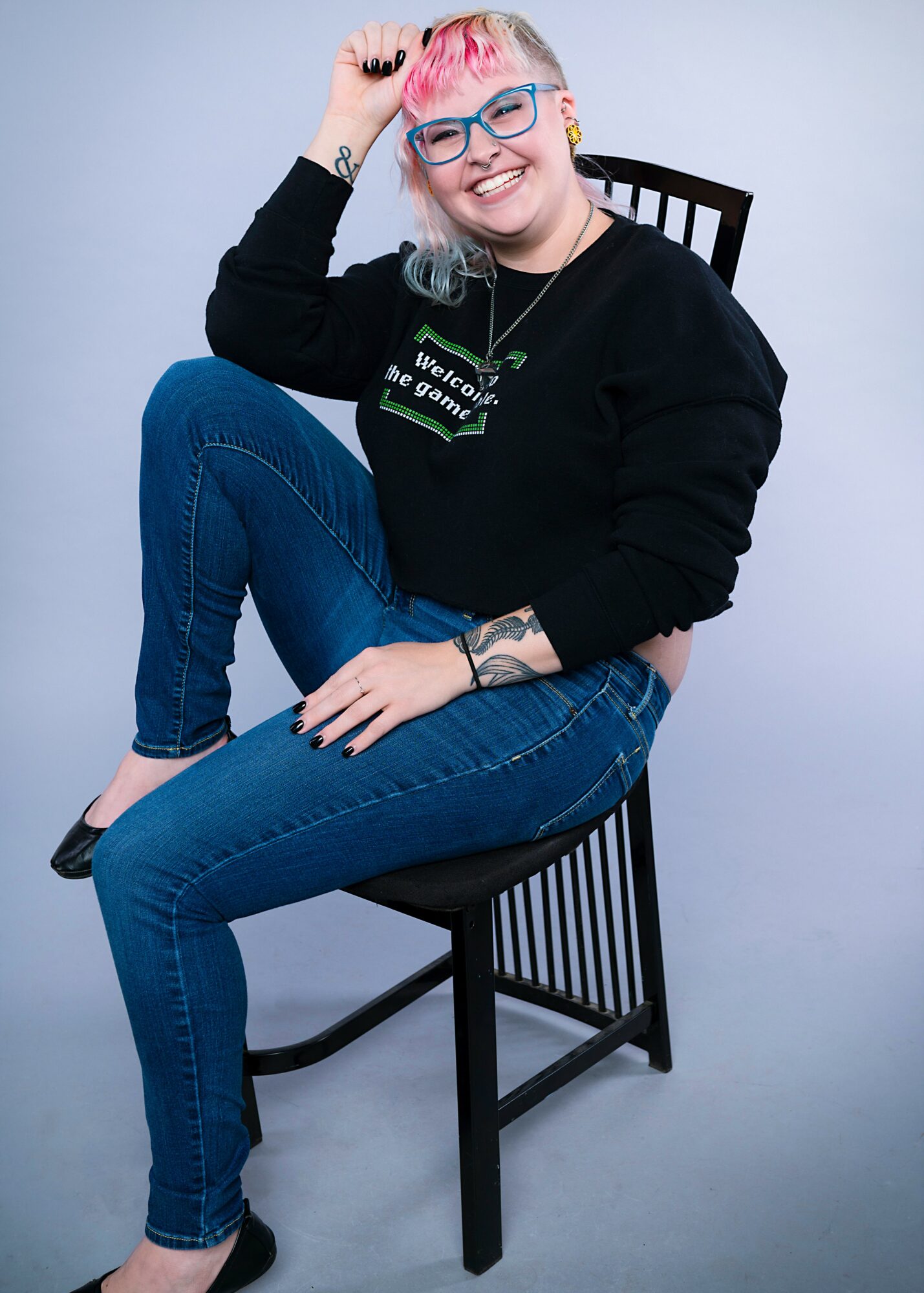 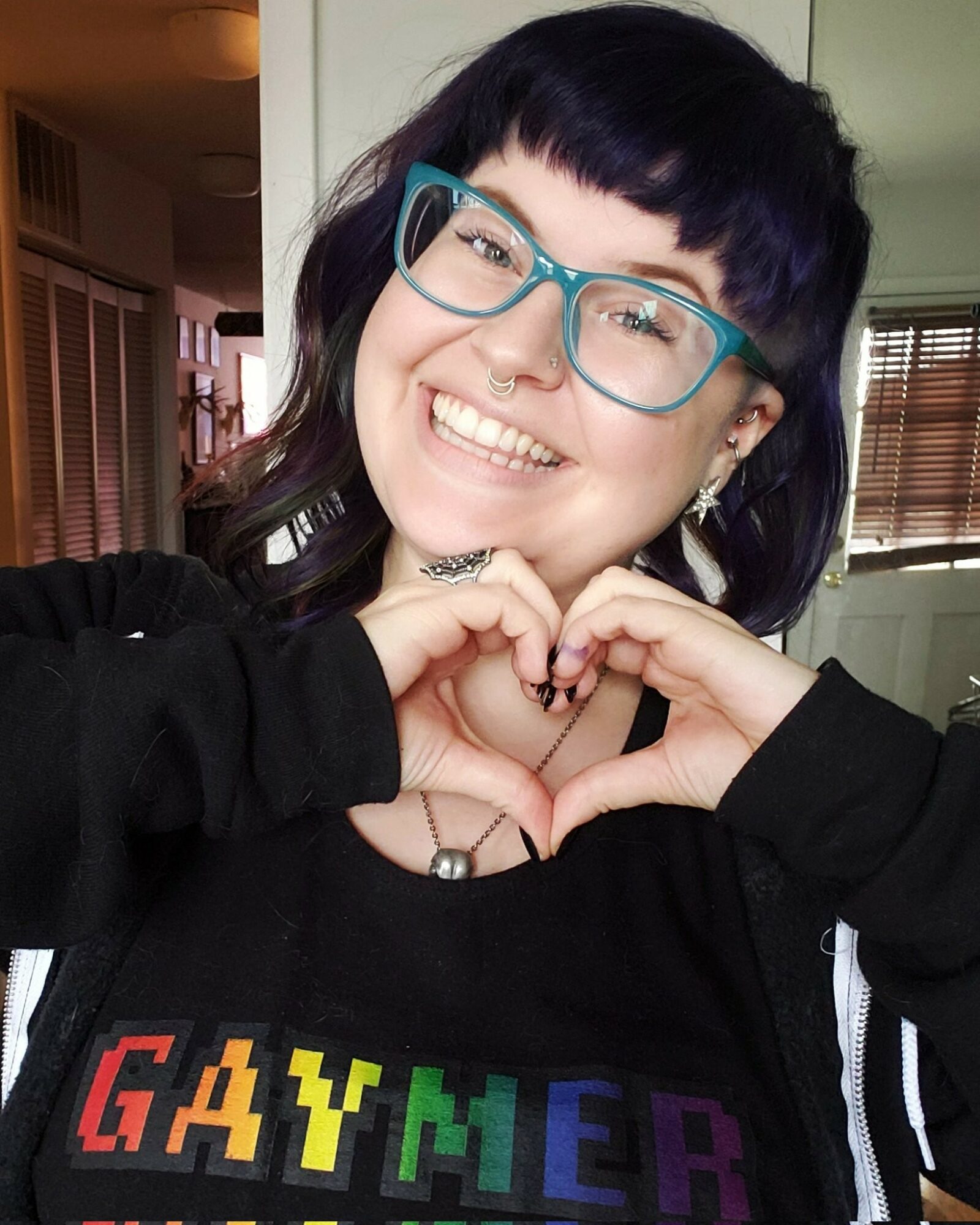 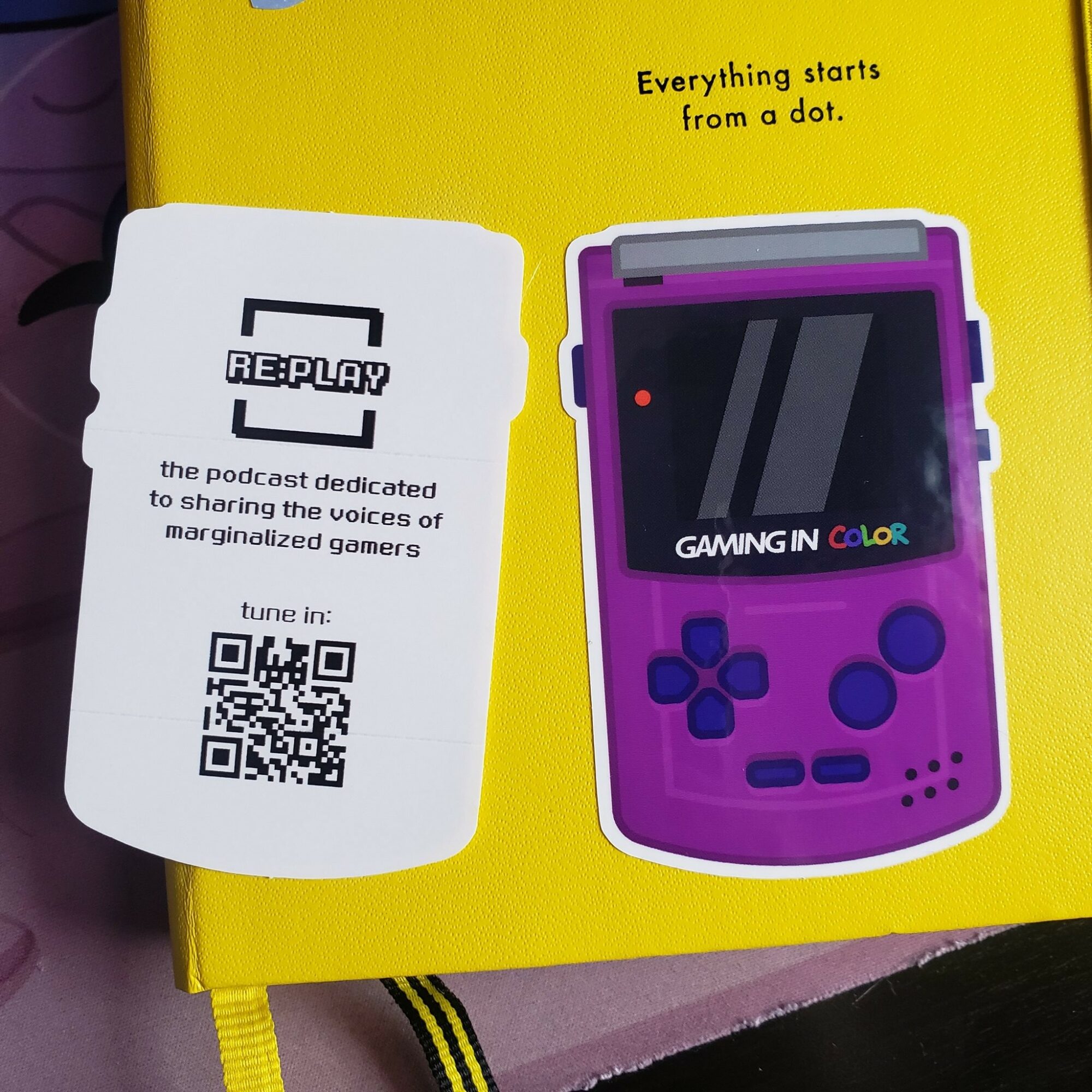 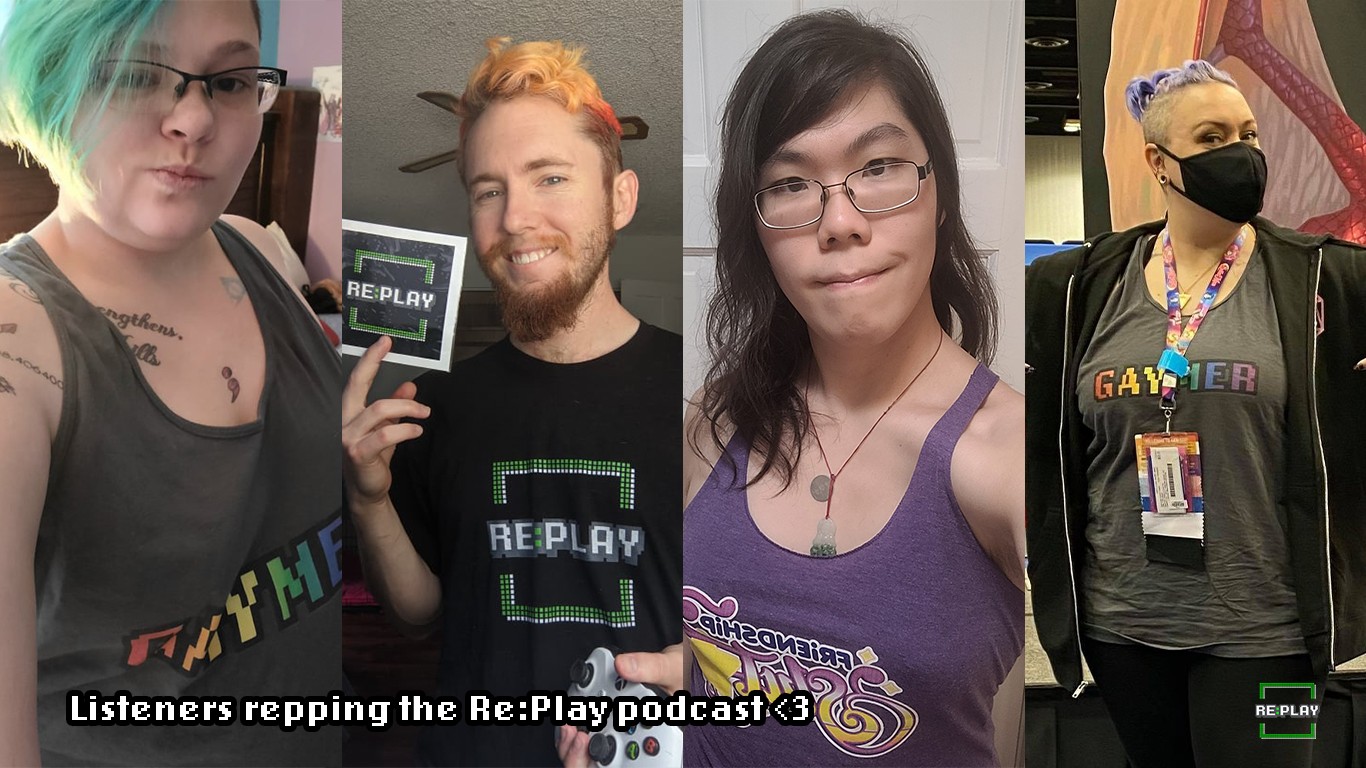 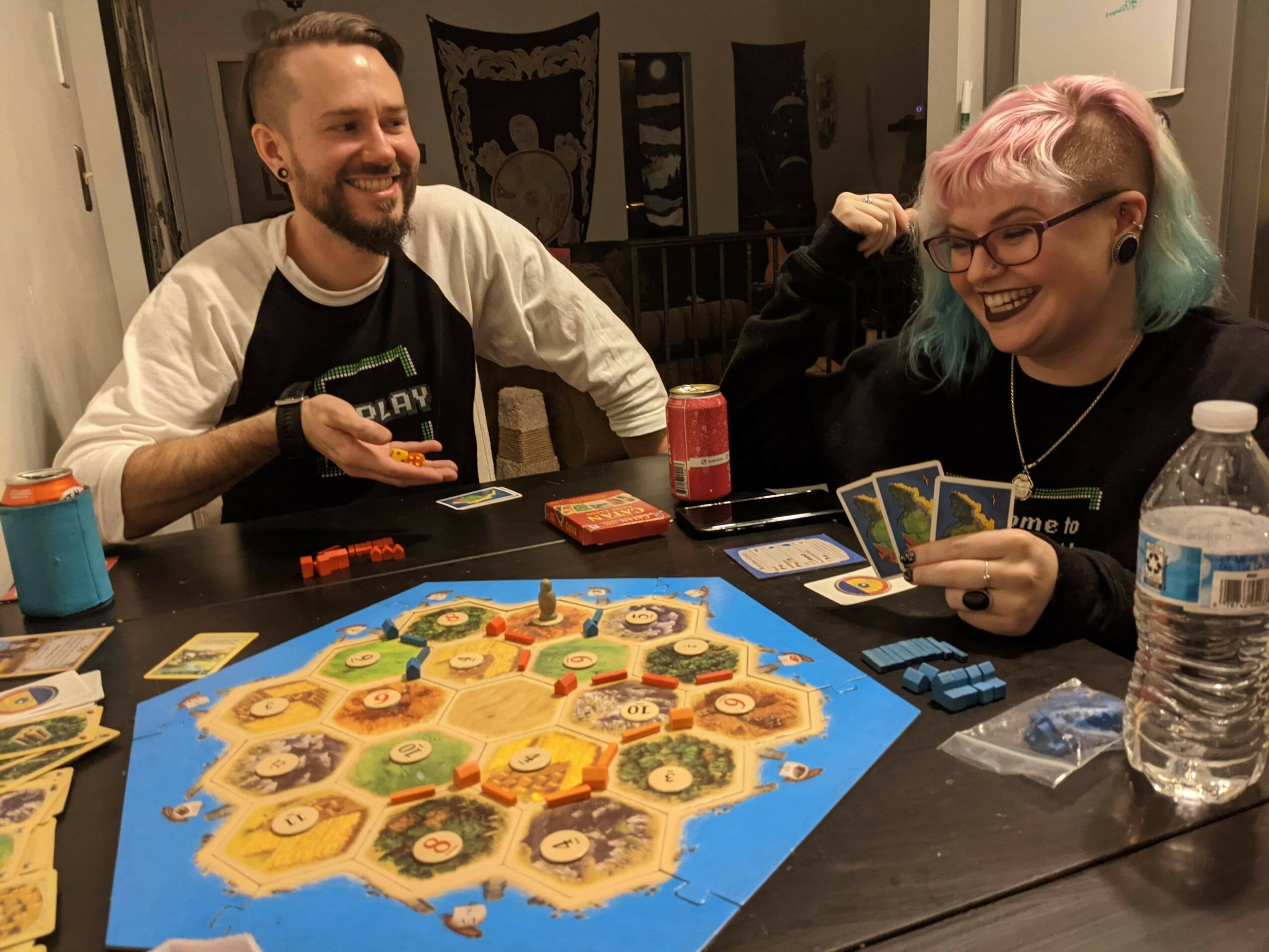 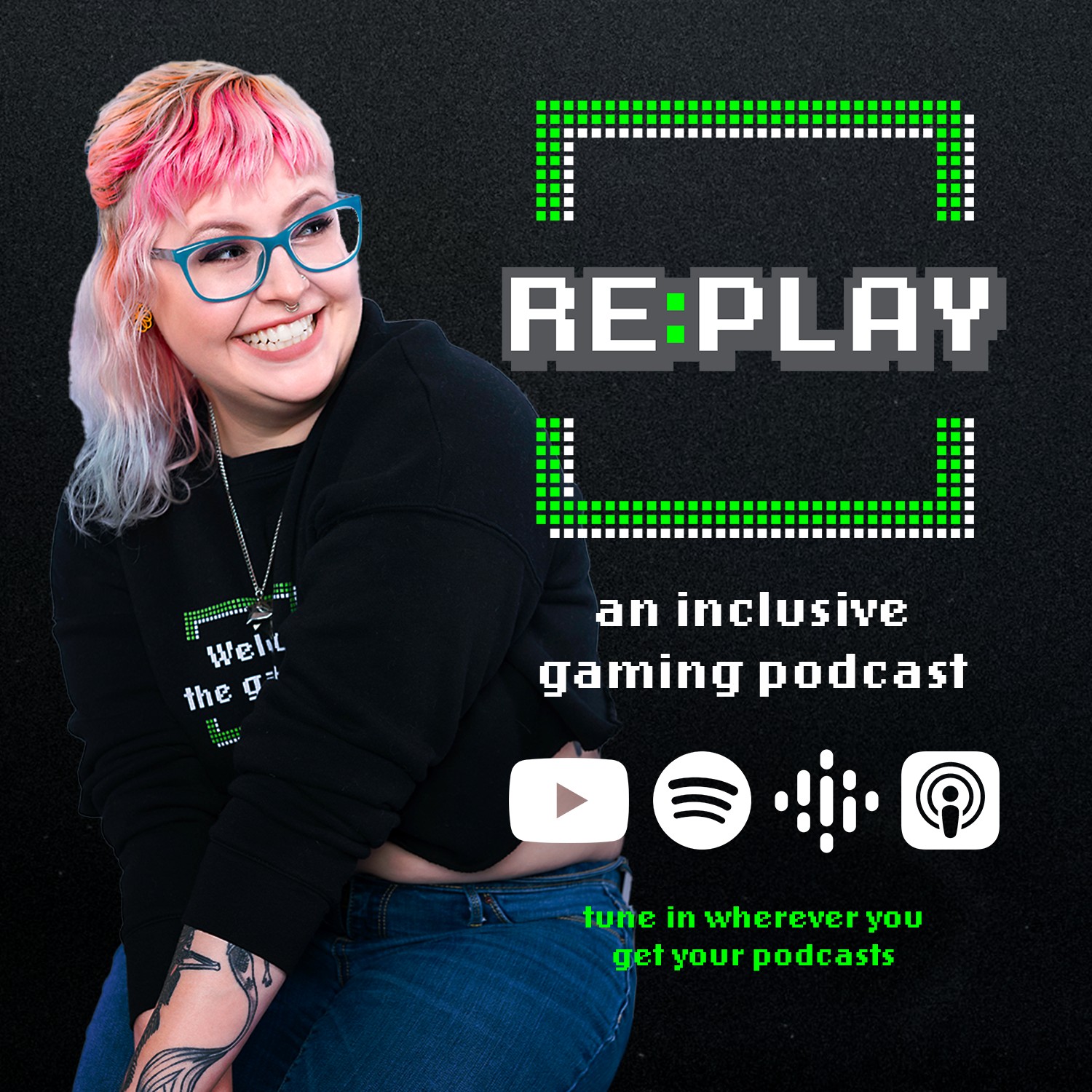