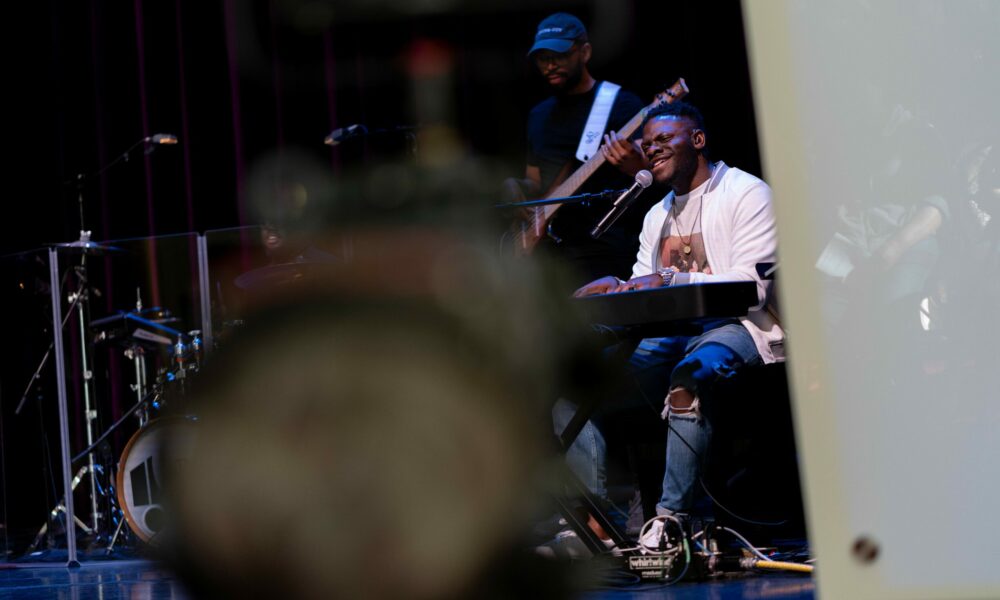 Today we’d like to introduce you to Trent Cokley. Them and their team share their story with us below:

Trent is a Singer-songwriter who specializes in blending R&B and Country music stylings, with an undeniable flair of traditional Gospel. Trent is a 2011 graduate of DC’s own Howard University. While at Howard, he was a member of the historic Howard Gospel Choir as well as the school’s premiere vocal-jazz ensemble, Afro Blue. After graduating, Trent was featured on the third season of NBC’s, “The Sing-Off”, with acapella group Afro-Blue in 2011.

In June 2019, Trent released the live recording, “Heal Our Hearts Live”, performing songs from his 2014 EP live at the John F. Kennedy Center for the Performing arts. Amid the injustices and global pandemic of 2020, Trent wrote and released this newest single, “Reach Out” which encourages listeners to love people around them. In November of 2020, Trent’s song “Memories” was featured in Lifetime TV’s “Merry Liddle Christmas Wedding”, starring Kelly Rowland.

Would you say it’s been a smooth road, and if not what are some of the biggest challenges you’ve faced along the way?
Pursuing a life of music hasn’t been easy. Unless you have a regular gig, good paydays can be too far apart. Bills are constant. Over the past 7 years, I’ve married and had two beautiful little girls. Working a “regular” 9-5 to fund music projects can be an obstacle, but I’ve learned to appreciate the process.

Money is the constant struggle in music- money to pay musicians, to pay mixing and mastering engineers, to pay for promotion. This has stretched me in unimaginable ways- from reading and negotiating contracts, to mixing and mastering myself, and just becoming as much of a one-stop shop as possible. It’s not the long-term goal to do everything alone, but it’s informed me as to who I need on my team, for sure!

Thanks – so what else should our readers know about your work and what you’re currently focused on?
I’m a singing-songwriter who happens to also produce/compose my own music. The common term that folks use is “singer-songwriter”, but I think I’m a songwriter who happens to also sing. I love putting into words and melodies the many feelings and emotions that we carry and experience every day in life and in relationships. Not only that, but I also love sharing those emotions by singing and performing.

There’s nothing like that connection with an audience while performing. It’s also powerful- performing on stage has the ability to influence people. I’m an influencer on stage. I influence people to believe, trust and try again. I think this is what sets me apart. I definitely have an agenda, haha. It’s my hope that listeners start by wanting to enjoy music, but leave encouraged about life.

Risk-taking is a topic that people have widely differing views on – we’d love to hear your thoughts.
I love the phrase, “No risk, no reward.” I think it’s actually very important to take a bet on yourself. I landed a really great, stable job a few years after graduating from Howard University. In those initial years out of school, I was pursuing music with a group I’d just been on TV with (NBC’s The Sing-Off, Afro-Blue. Later known as Traces of Blue.) I wound up with that stable job paying me more than I’d ever made but knowing there was music I was supposed to create. I let the fear of not being able to support my family keep me there past the time I was supposed to be.

Once that job was up and a couple of dead-end jobs later, I knew it was time to bet on myself again. I believed that God put something in me greater than what I could see around me and decided to bet on that guy on the inside. My first large solo show was at the Kennedy Center in 2019 and the next year I had music on cable TV. Take the risk. Leave the comfort. Believe again. 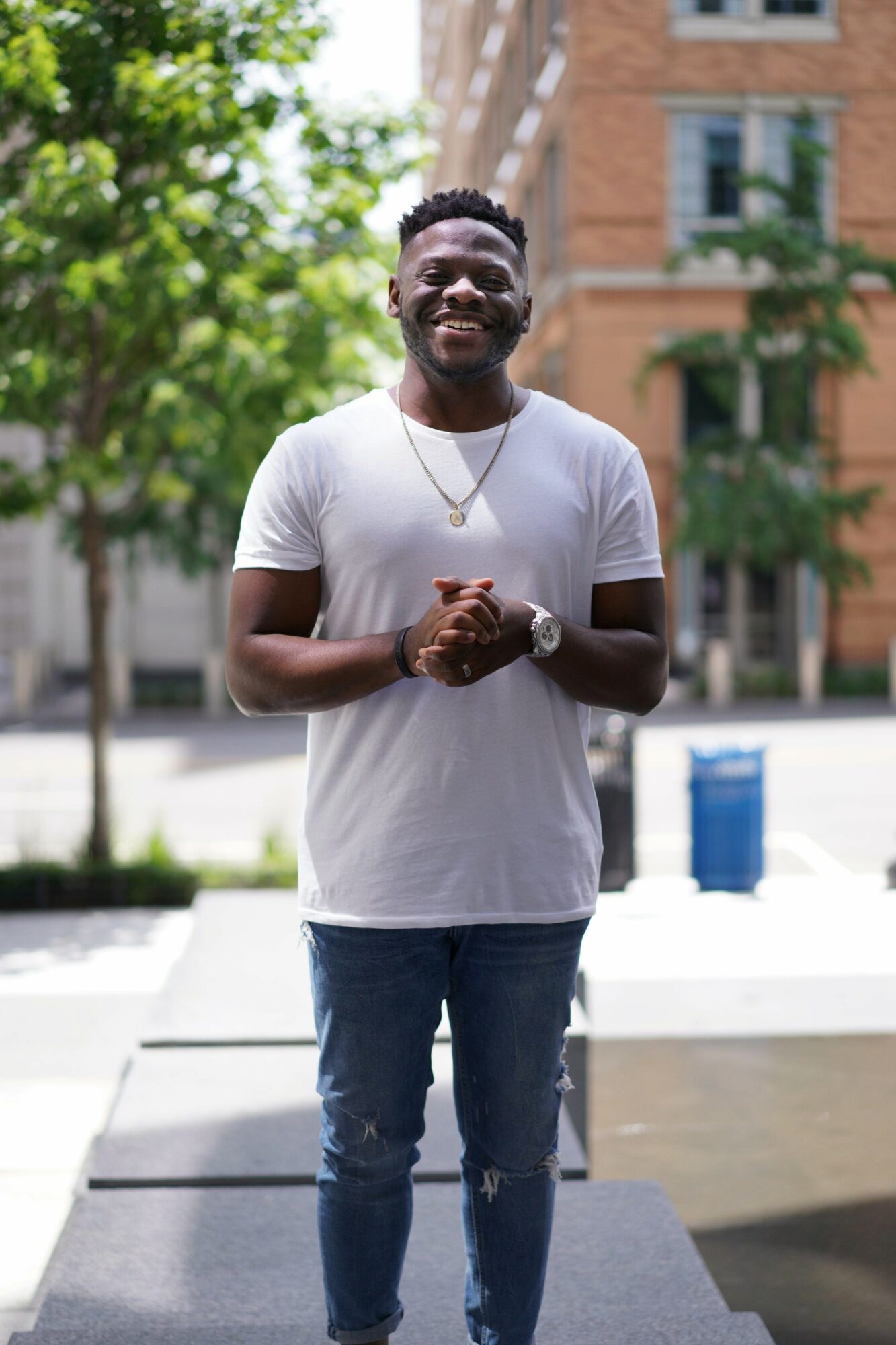 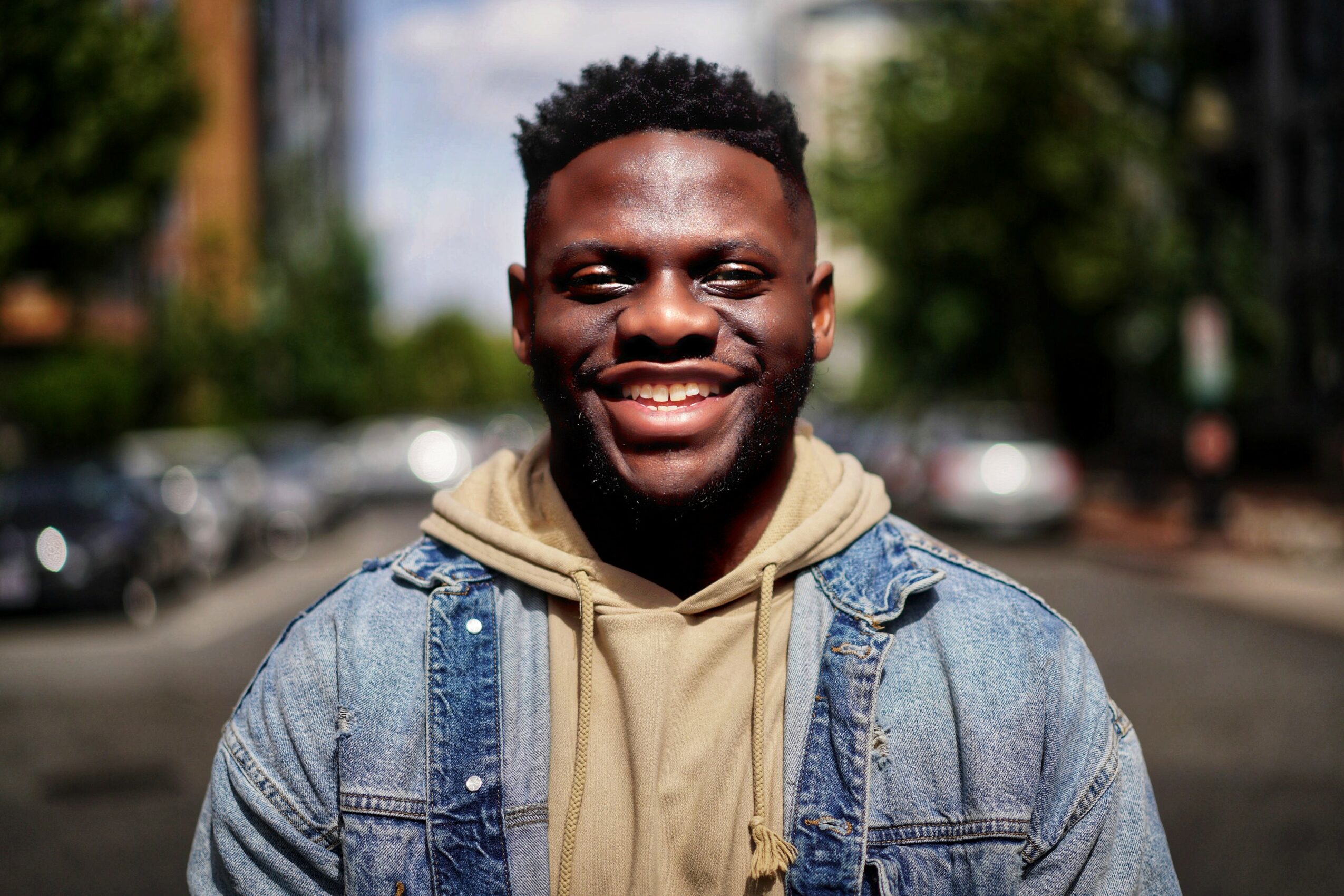 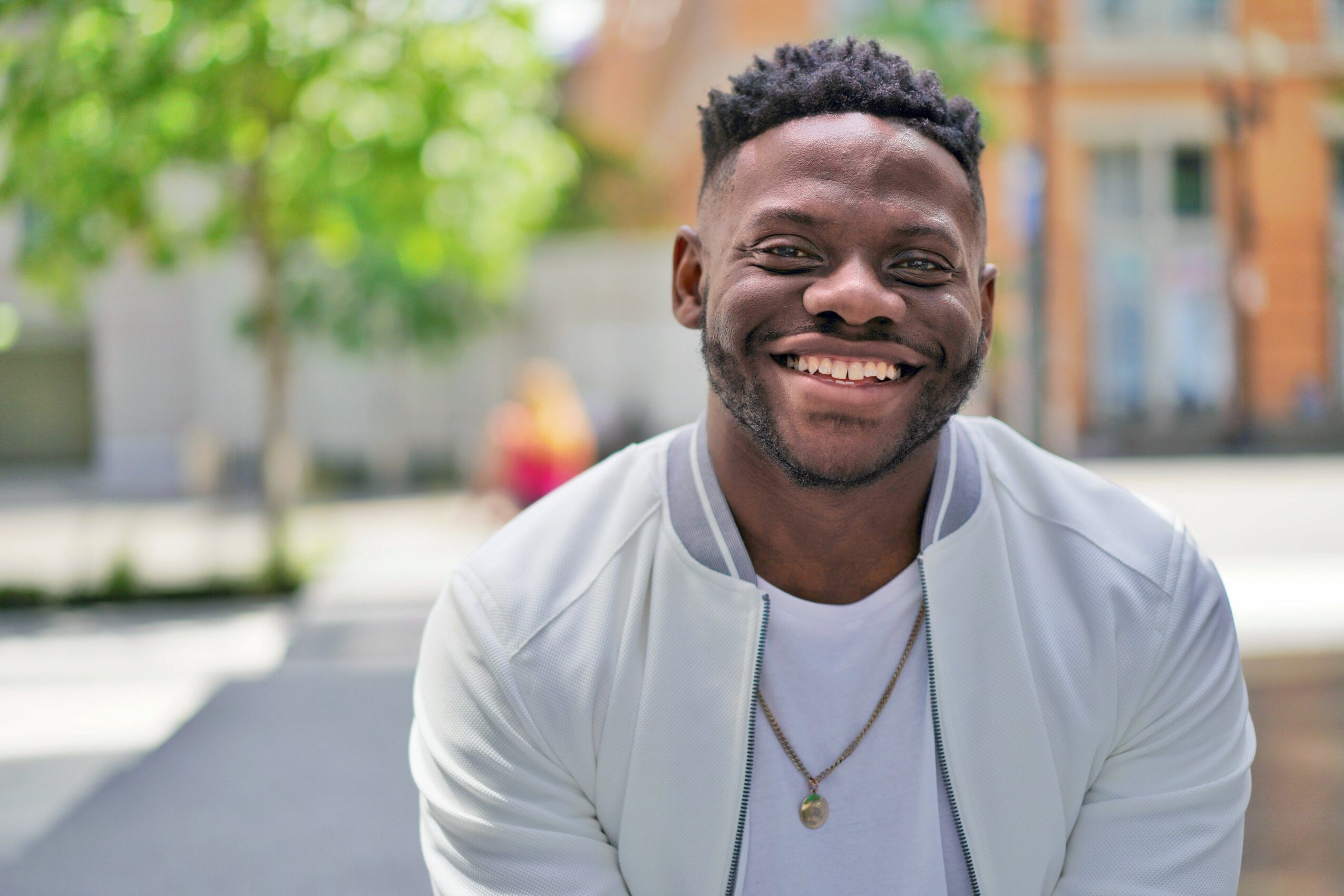 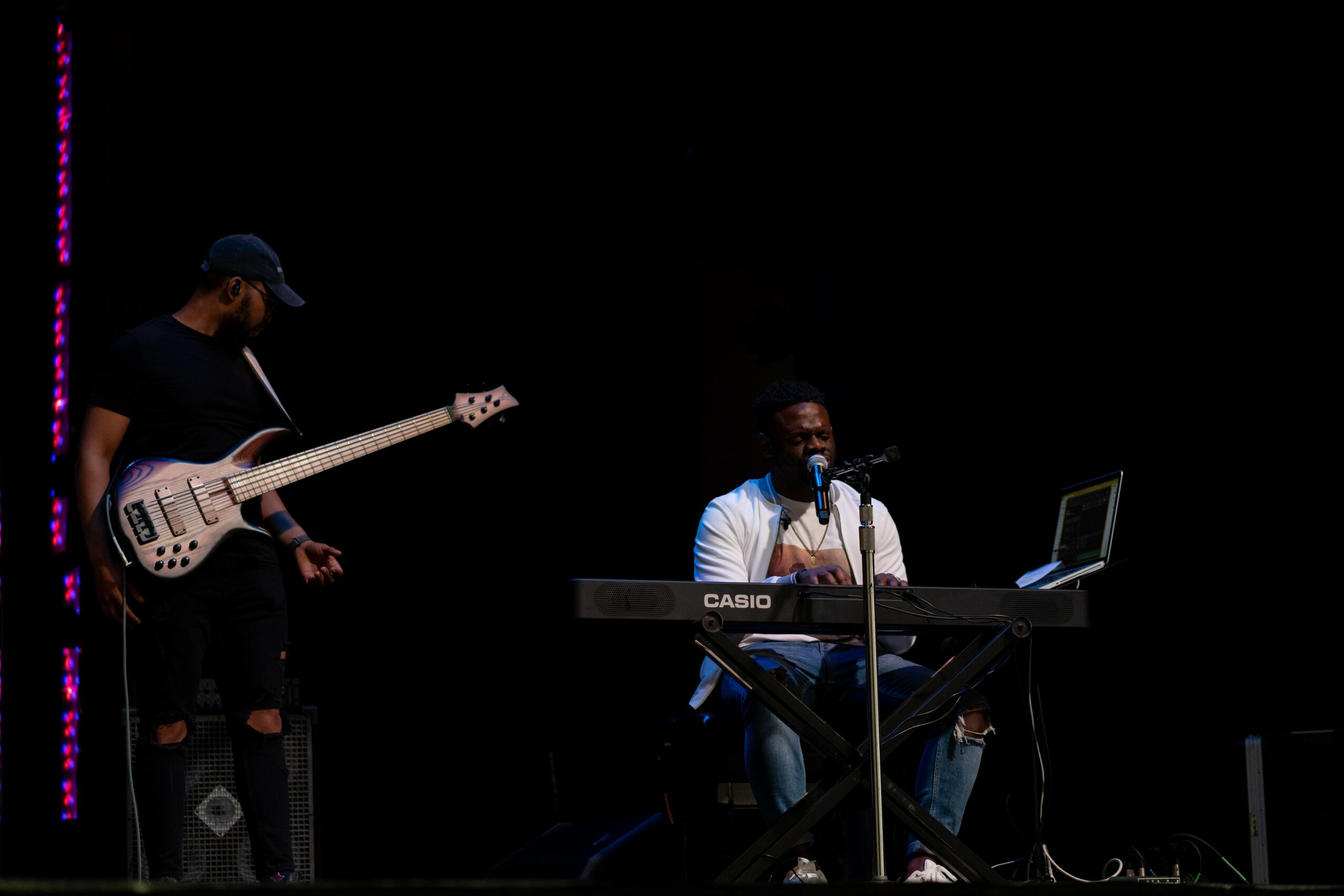