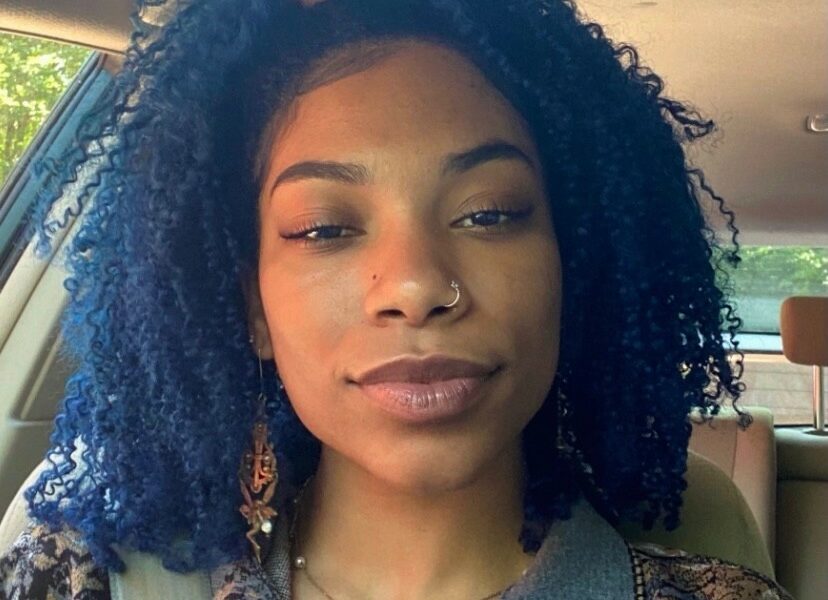 Today we’d like to introduce you to Sascha Barnes.

Sascha, we appreciate you taking the time to share your story with us today. Where does your story begin?
I grew up in southern Maryland and have never been without my passion for art and creation. When I was a kid, I would become immersed in cartoons, films, and comics. These forms of media felt like a world I could step into; I could sit inside and imagine new scenarios, new storylines, and new versions of reality. I soon developed a passion for creating my own worlds. I would fill pages and pages of journals designing characters and illustrating scenes from movies I imagined in my head. As I got older, I became more consumed by my environment. I got really into drawing living subjects, especially portraits of animals. After a while, I got bored of repeatedly drawing the same backgrounds. I loved the mountains, the trees, and the clouds, but I initially felt restricted by my subject matter to never venture beyond their realm. It wasn’t until my friend made a casual suggestion that my eyes were opened to surrealism. When asked for ideas about what to draw next, she said, “You should draw a monkey underwater wearing a space helmet!” And so I did. I fell in love with seeing the intuitive functioning of an animal juxtaposed against a surreal or incomprehensible setting. It felt very naturally unnatural. I’ve considered myself a surrealist artist ever since!

I’m currently in my third year studying Design and Media Arts at UCLA. I couldn’t imagine being in a learning environment more well-suited for my interests. I’ve been able to capitalize on my creative process’s “multimedia” aspect. I came to UCLA primarily knowing how to do hand-drawn illustrations. I have since learned how to illustrate digitally in several electronic mediums, create videos, animations, special effects, and even code Javascript, HTML, and CSS. I’ve begun applying my narrative skills in new ways by making minigames for the web and virtual reality. However, my primary focus is creating images through illustration, photography, and code. I’ve recently done an album cover for GC Oke, another UCLA student, and I hope to do many more! As an interdisciplinary artist, music is another medium that speaks to my soul and influences me greatly. My goal for this summer is to continue working with musical artists and selling prints of my illustrations!

Let’s dig a little deeper into the story – has it been an easy path overall, and if not, what were the challenges you’ve had to overcome?
Growing up in a predominantly white area, I was accustomed to facing discrimination. In my earlier years of schooling, I was often the only person of color in my classes. I would face prejudice not just from my classmates but from teachers who would immediately write me off or underestimate my ability to keep up. After being harassed relentlessly on the bus when I was 15, I decided enough was enough. I ironed the provocative phrases that had been directed at me onto a sweatshirt (“Banana-eating, shot by the police-looking trash”). I created note cards to hand out to anyone who asked me about the offensive statement. The note cards explained the bus incident and encouraged students to share their own stories about facing racial prejudice as a person of color in Charles County. Pictures of the sweatshirt/note cards began circulating on social media, and I asked students to wear red the next day in support of the movement. I was so shocked and proud to see that most students in my school, as well as many students in other schools around the county, had worn red. I ended up being asked to speak in front of the school board about racial injustice in our educational system. It felt highly fulfilling to finally stand up to issues I’d been too afraid to speak up about in the past. Afterward, I heard about the county implementing a mandatory cultural education course for elementary and middle school students. Although there were likely many strong voices that came before mine that influenced the conceptualization of these courses, I hope my sentiments played a role in validating the urgency of implementing them. I think of my younger cousins who plan to attend the same schools I did and hope that things will improve.

Since coming to UCLA, I have still been faced with instances of racial injustice. In my first drawing class, I heard a white administrator use the n-word while presenting a piece by an experimental black artist. I spoke in front of my class about the situation and reported it to higher faculty members. An optional “diversity seminar” was set up for the students, but I never heard more about the man receiving disciplinary action. Unfortunately, I’ve become aware of even more stories like this since attending this school. They all end with minimal repercussions for the perpetrating staff. I also think about when no people of color were present, and ignorance within the classroom never gets addressed.

Like when I was younger, I was often the only black person in my classes. Witnessing prejudice or microaggressions can be uncomfortable, but it is incredibly isolating for minority students. You are forced to realize how clueless people tend to be in combating things they don’t personally experience, which honestly makes sense. It just gets lonely at times because I feel more of a responsibility to be a leader in these situations as a black person. If I don’t say something, nobody will, and that’s not the way I would expect to feel in a place where students claim to be very liberal/progressive. Even when the incident happened in my drawing class, it wasn’t until I decided to say something that anybody else even mentioned what had happened. I felt hurt by the lack of support. Again, I understand that people who don’t regularly face these experiences might not know how to react, but I see this as a challenging dynamic.I t seems that people who directly face prejudice must carry not just the strength to heal themselves, but to vocalize their pain to others. This can be difficult and overwhelming, but in my opinion, I feel obligated to work with this reality as best as I can. I’m blessed to have the opportunity to be here even if I’m alone, and every time I say something, I feel like I’m helping create a shift toward an era where black students that come after me won’t have to experience the same. There’s a long journey ahead, but I intend to do my part in moving this community in a more inclusive direction where anyone can feel like they have a place here.

As you know, we’re big fans of you and your work. For our readers who might not be as familiar, what can you tell them about what you do?
My name is Sascha Barnes, and I love to create images! I work with several mediums, both digitally and by hand, and often enjoy mixing them and pushing the boundaries of what illustration means to me. I create designs for flyers and merchandise, make album covers for my musical friends, and sell prints of my illustrations!

I am known for my Juxtaposition in both material and subject content, with mixed media and surrealist themes. I love to start my pieces by hand, creating designs using paint or colored pencils, and even bringing in physical materials such as foil or CDs! Then, I typically incorporate a digital element into the piece, either by scanning it into photoshop and creating distortions or manipulating colors using a different electronic tool. I attempt to create highly detailed images using techniques influenced by realism and then depict things that would never actually happen! Sea creatures in space? Done. Musical ghosts? Perfect. I draw anything I can think of. I see a blank canvas as the opportunity to manifest a reality beyond my wildest dreams. So, why not dream as wildly as possible?

I am most proud of my craziest pieces, which I feel could only have been conceptualized by me. They are also usually my most personal pieces or the ones I create during times of turbulence in my waking life. I’ve had experiences where I’ve felt very emotionally numb but still intensely inspired to make art. I’ve looked back at old artwork from difficult times and understood more about myself afterward than when I was making it. I have become deeply fond of the pieces that bring me that experience. I prefer not to let others know my favorites because watching them choose their own is fascinating. I never get tired of witnessing how my art connects me not just to myself but also to those around me. It is the most fulfilling part of the process.

What do you like and dislike about the city?
One of my favorite parts of Baltimore is its richness of culture. The city has a lot to teach you! There are many historic sites, such as the Star-Spangled Banner Flag House, and there are even more opportunities to learn history at the museums in the Inner Harbor. One of my favorite museums (which is not located in the Inner Harbor but near Clifton) is the Blacks in Wax Museum. I remember first visiting and feeling heavily impacted by the powerful imagery. Baltimore is filled with African American culture and art; I take it in with pain and pride. As far as what I like least about Baltimore, it can look a bit desaturated at times! When driving through downtown, you see a lot of concrete and neutral-toned buildings. The light brown, tan, and gray hues can lend to a bit of a dismal aesthetic, especially when paired with a gray sky. Without the vibrancy of artistic communities, I think the city might look a little bland! 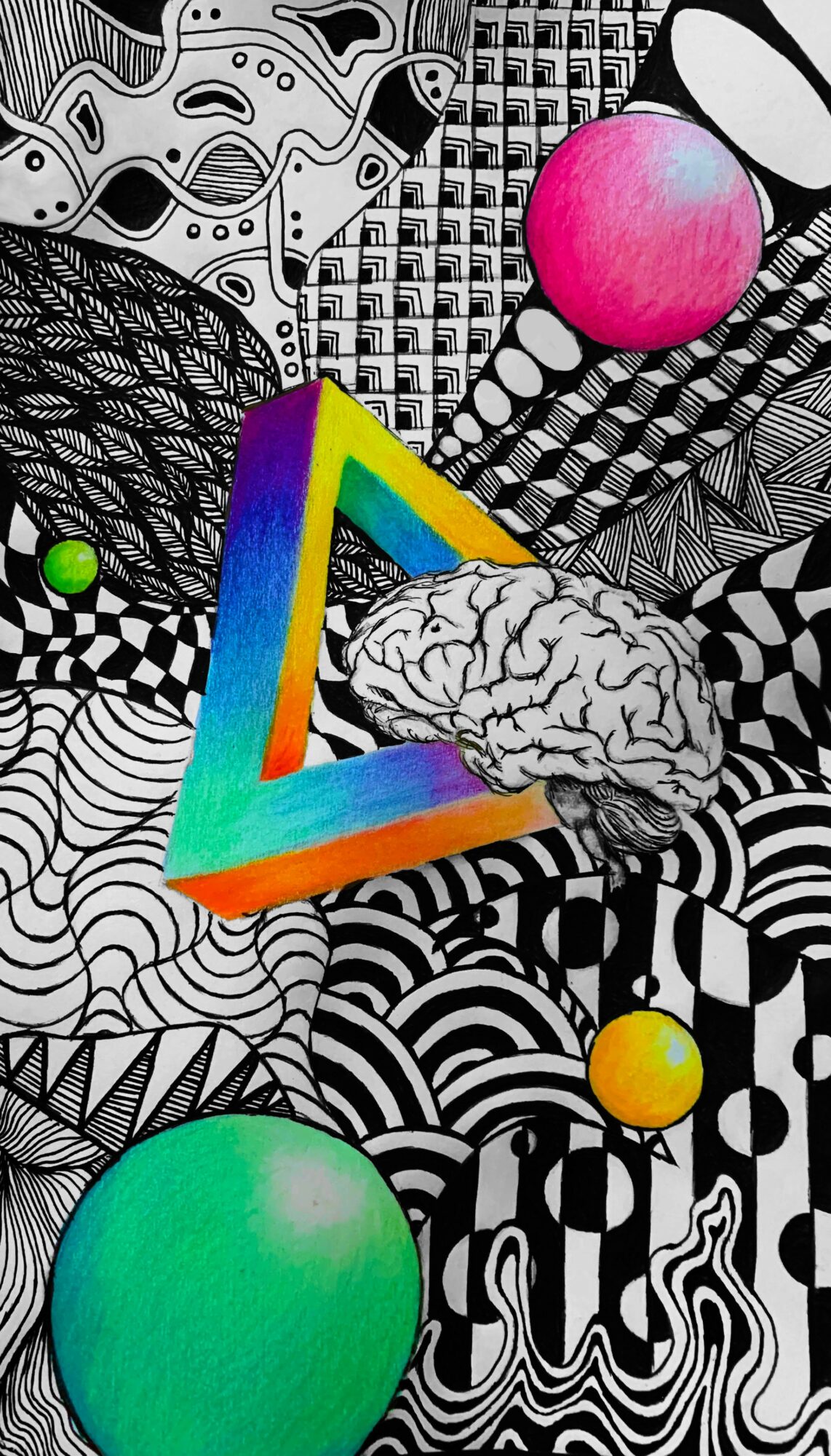 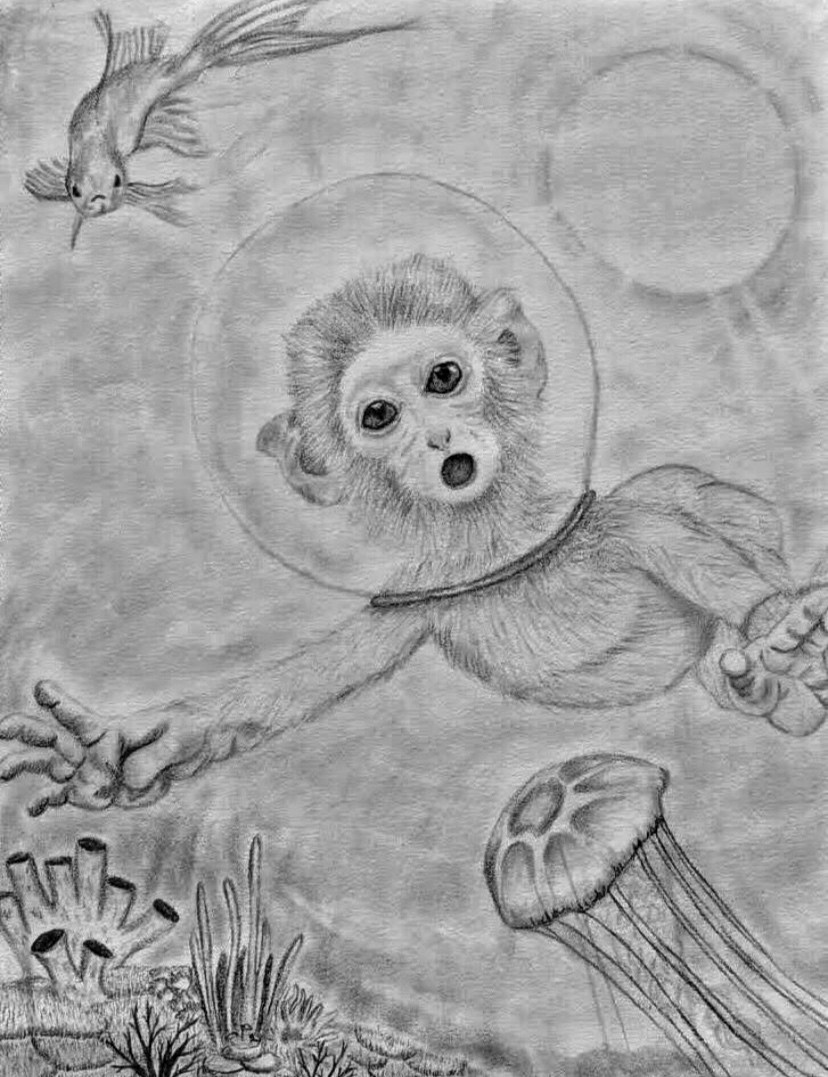 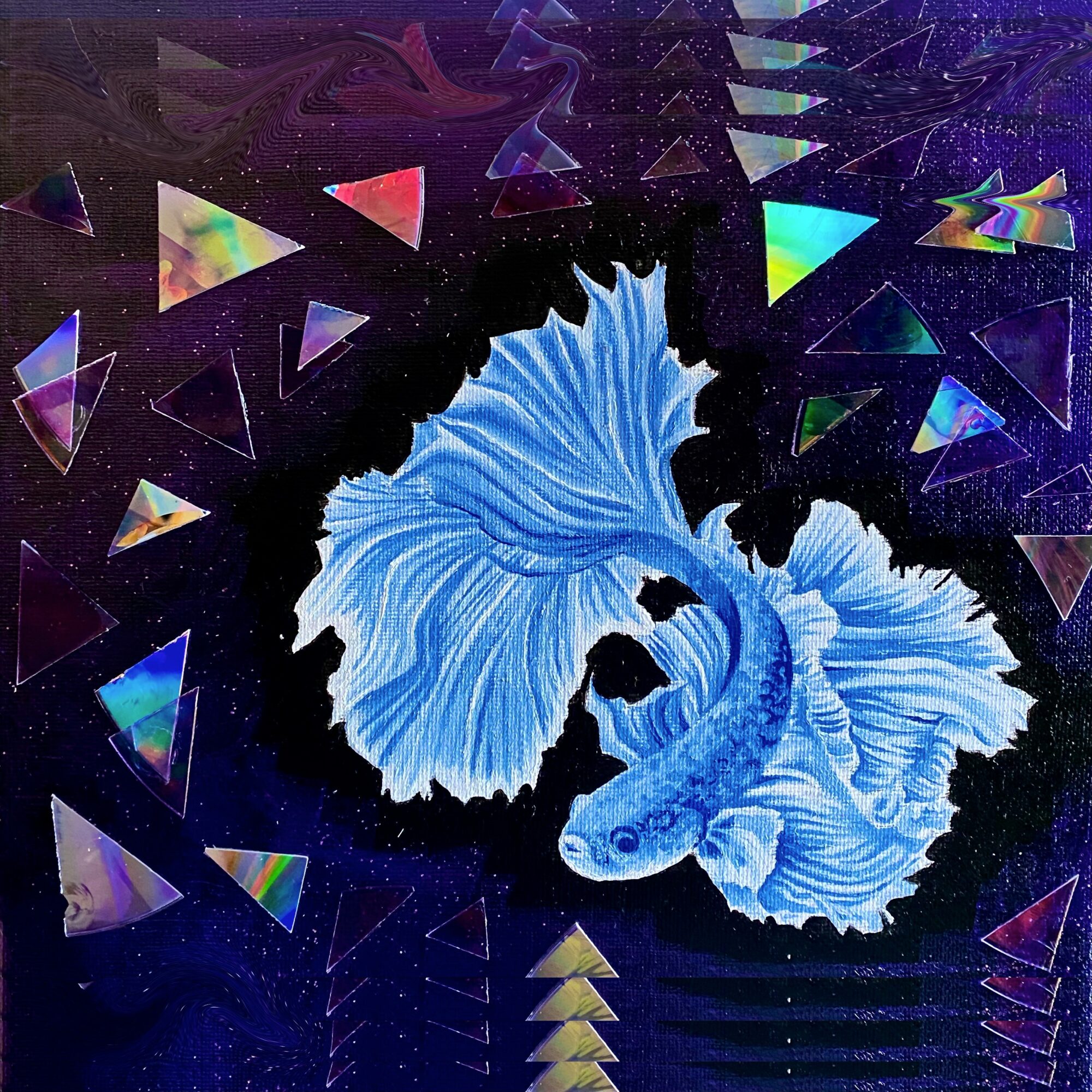 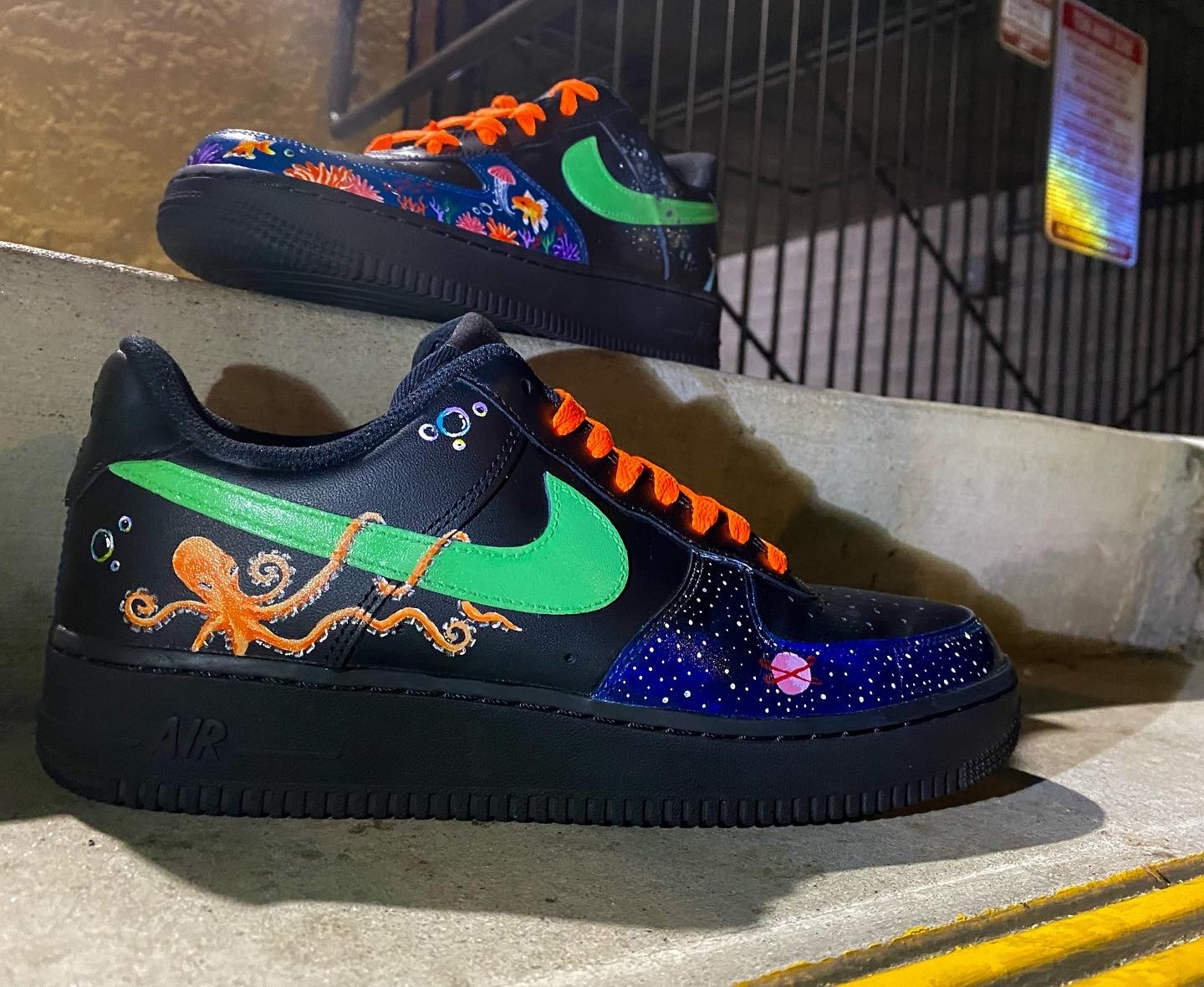 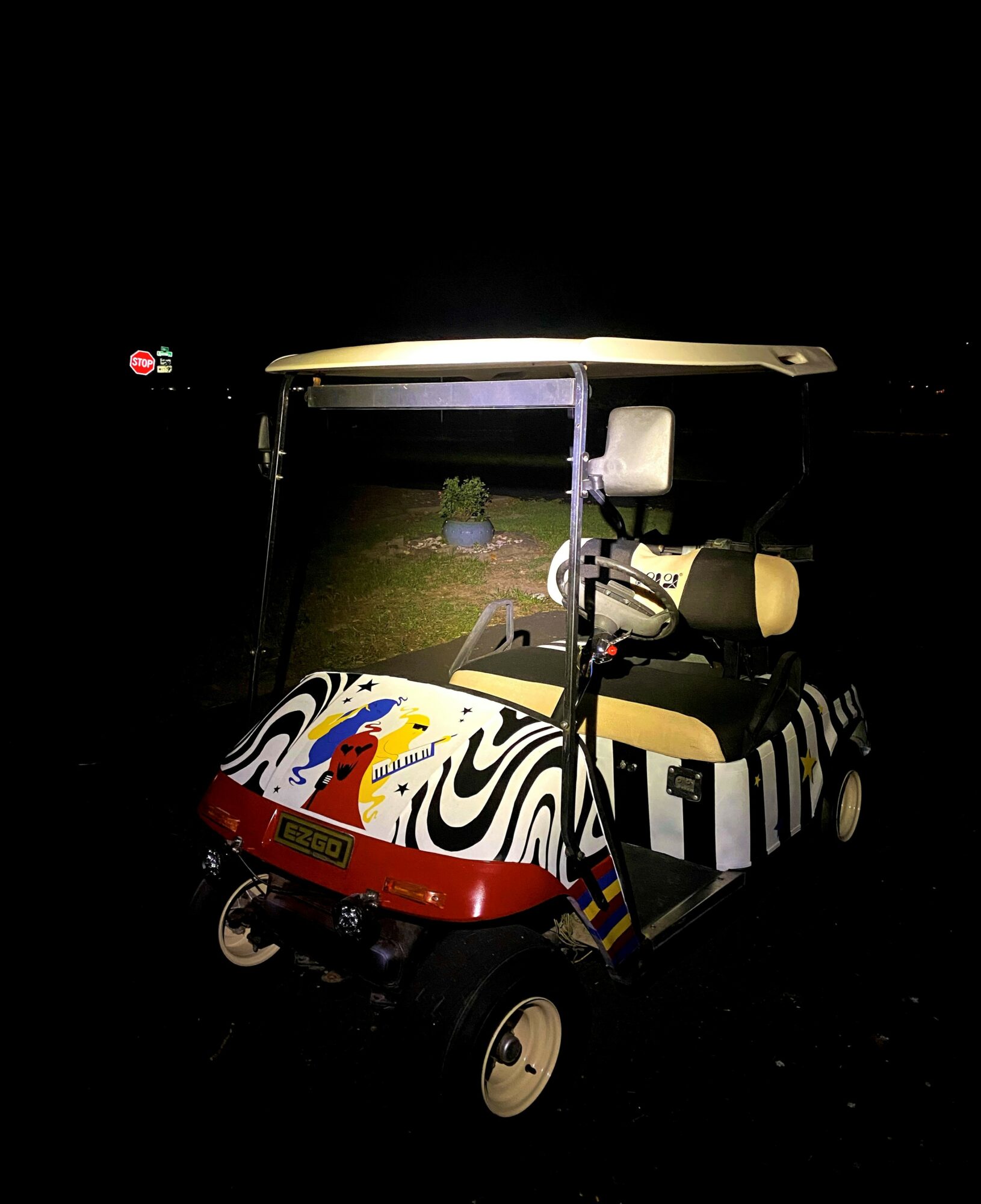 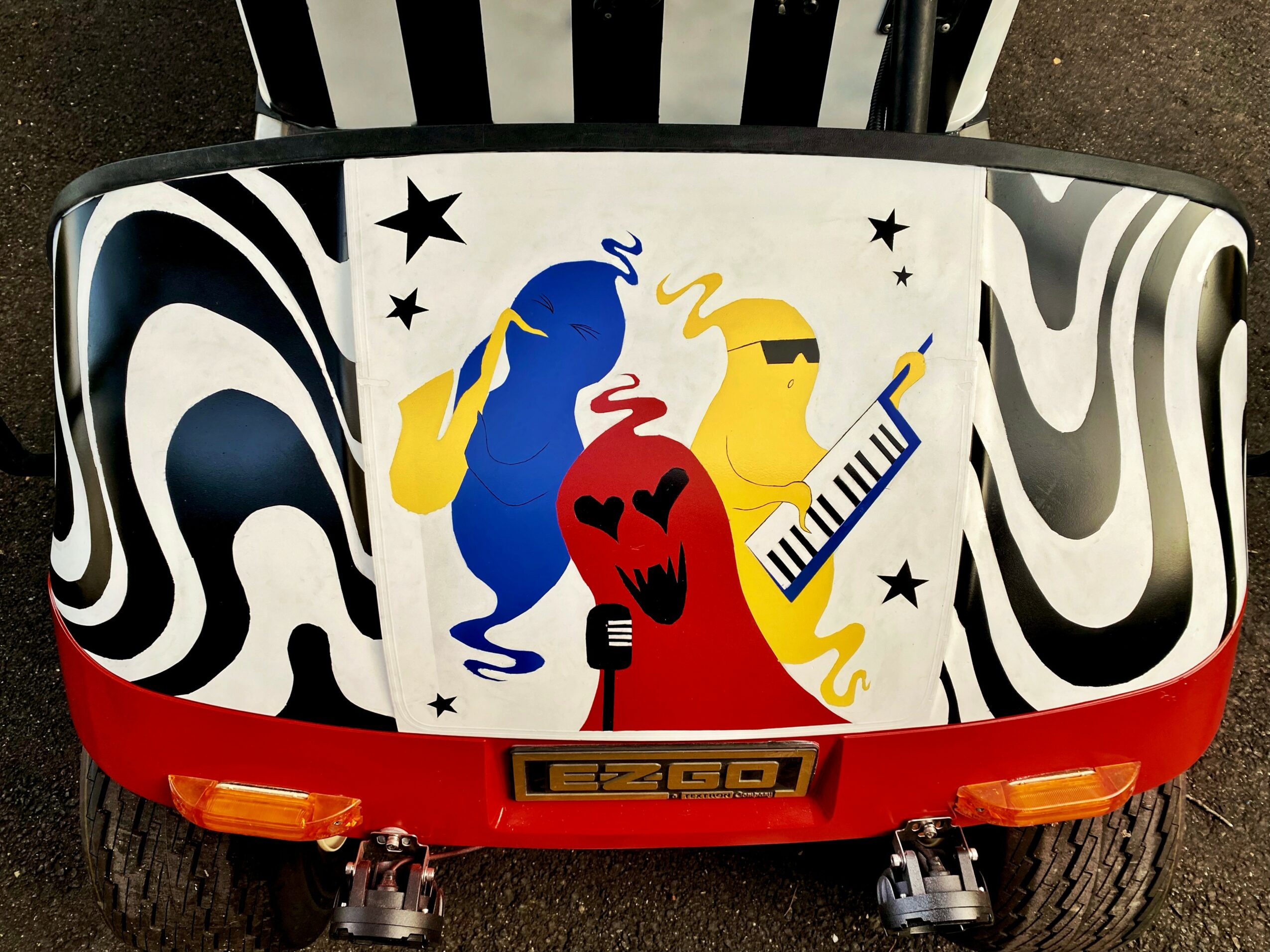 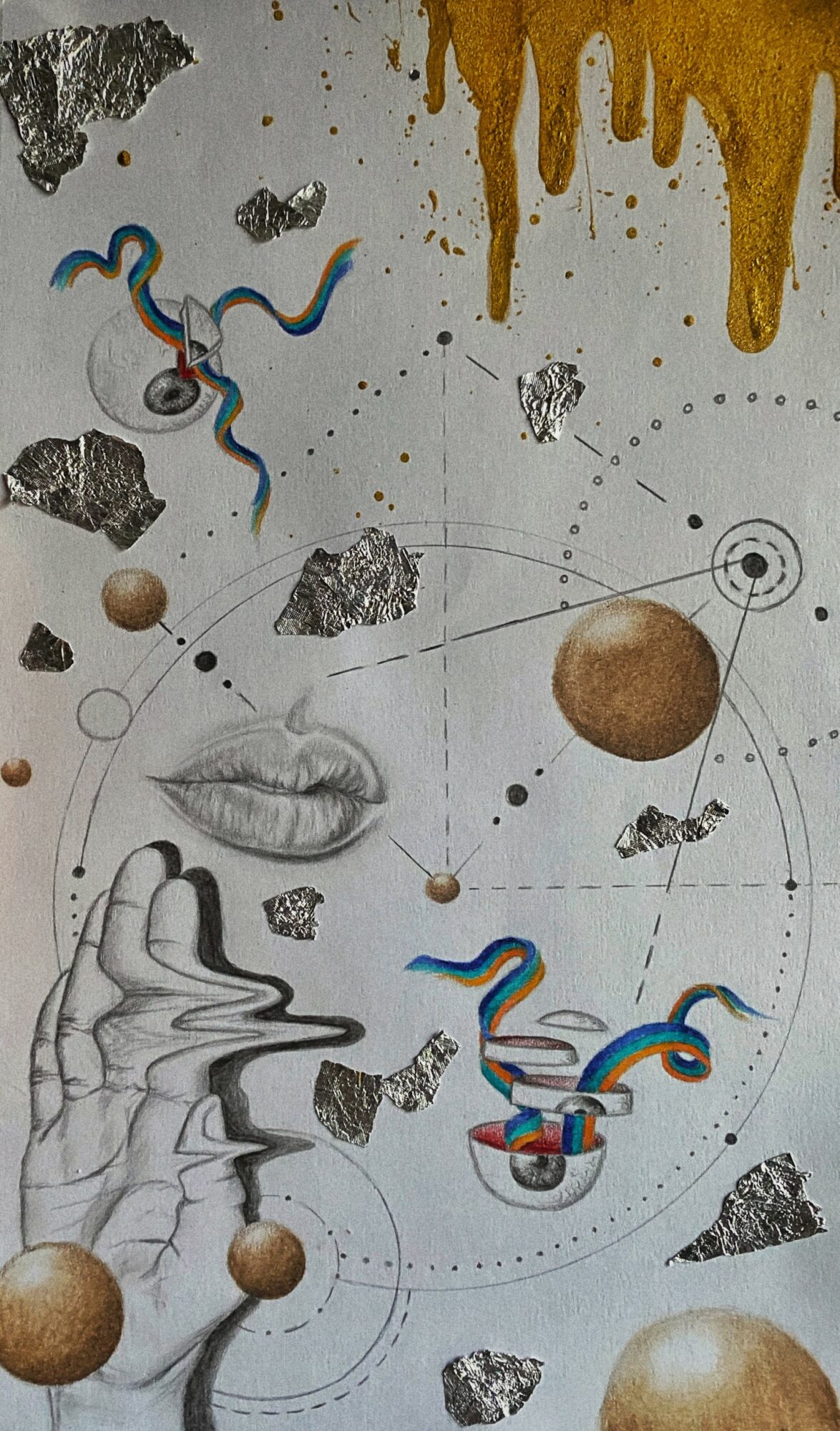 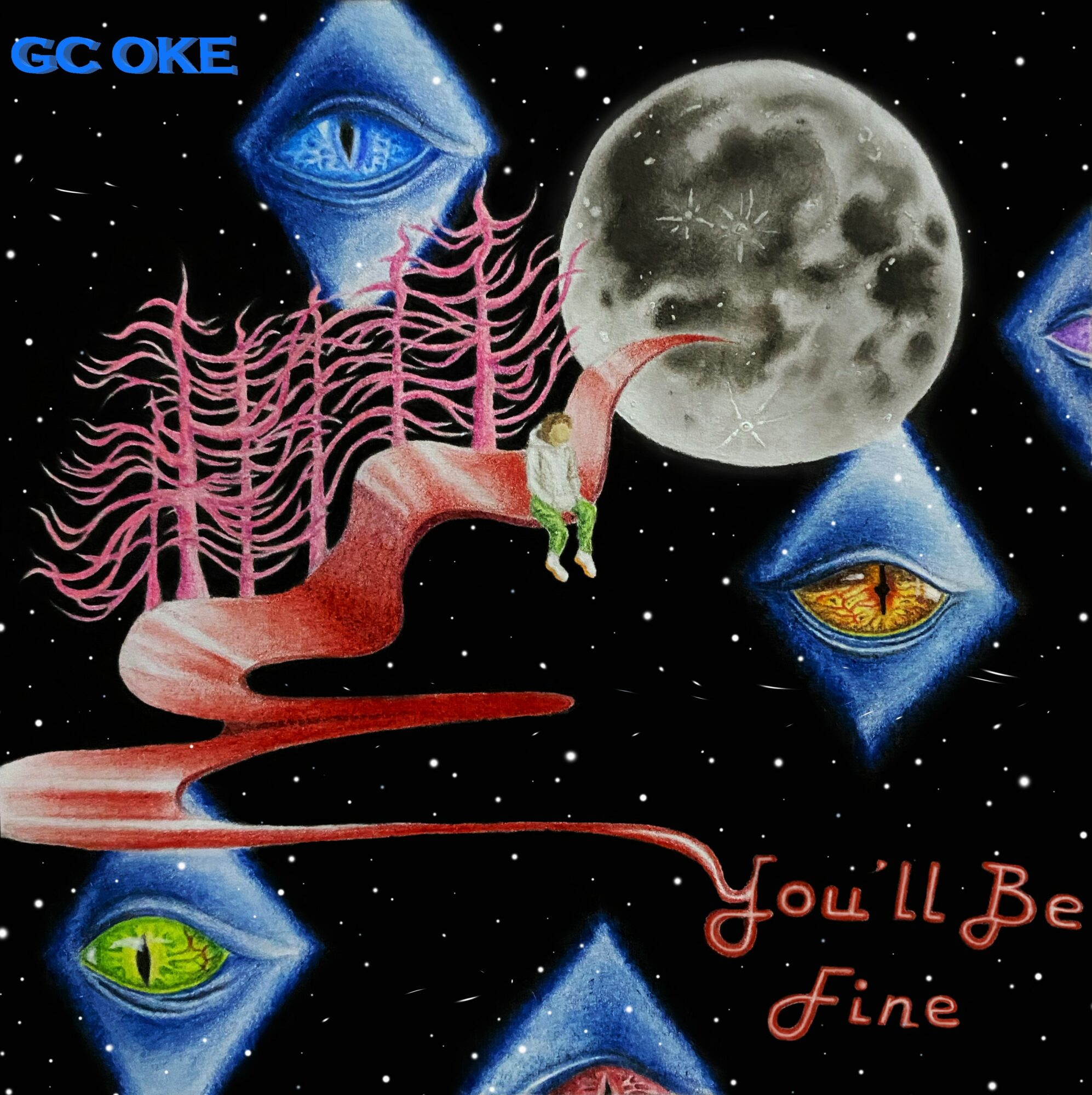