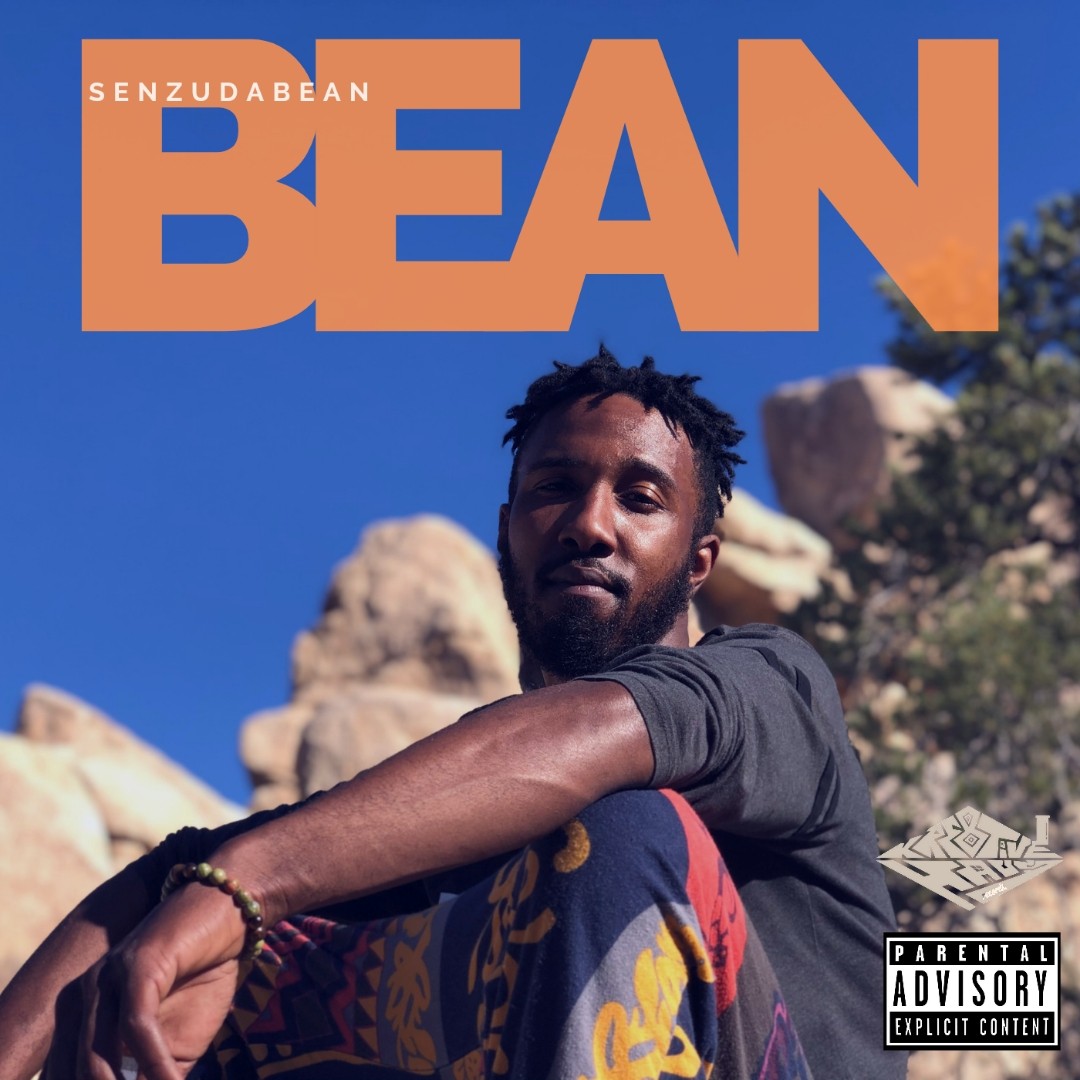 Today we’d like to introduce you to Jonathan Cofer-Jackson.

Hi Jonathan, thanks for joining us today. We’d love for you to start by introducing yourself.
I started my musical journey back at the very beginning in pre-k. I was homeschooled by a local family and we learned to play the Djembe and would perform anywhere we could. I was the “lead” or “call” singer. I got into choir a bit in middle school which kept me out of trouble. High school I joined Milford Mill Academy (2006- 2010) marching band as a tenor drummer and moved up to bass. I went to college for media animation (2010- 2012) and ended up using the recording studio to make rap music. Originally, it was just my bestfriend/college roommate “Khairy Howell aka K13” recording vocals with a sock and a guitar hero mic, using speakers on my small television to rap over popular instrumentals from YouTube.

We eventually started a group with some classmates and we put out a project. Once we realized who was as serious about the craft, the group shrunk and was renamed and 4Ceen was born. The group got pretty popular around the school and we wanted to do more with it so we pooled money together and started an LLC called Kre8tive Haus (2015) in hopes of gaining new artists and releasing music independently but we didn’t really know what we were doing. We picked up a full time producer and long time friend Christopher Cheeks aka Cosmic Chesh and have been working as a group ever since. We did lose a member and the group 4Ceen was disbanded but Kre8tive Haus basically became the group. Late 2020, I decided that if we were gonna continue to work independently it would be in my best interest to learn the art of studio engineering and I began attending Berklee College of music online. Prior to this we were all self taught and engineered our own music with no pro studio experience.

Using what I learned my music started to improve pretty drastically and people started to really pay attention. I had fans already and even they were shocked by the progress so I decided to try my hand at a solo album. My debut album “Bean” released on all Streaming platforms in January of 2022. Still working independently I was trying to figure out ways to advertise without spending a ton of money. I started making small Instagram videos to showcase the music and it slowly started bringing results. 2022 is basically when everything started to really shape itself. I joined BMI, Music Reports, and began posting all my current music using the United Masters distribution platform. My group started allowing me to engineer for their songs and projects as well and I have been fighting to become Kre8tive Haus’ in house -engineer. I started working with other local artists and released a music video for the lead single on the album “LMK” which started doing very well.

In late January, right along with the album release, I quit my job to take a 6 month trip through Mexico with my girlfriend primarily to be her cameraman and music engineer for a web series she was designing and secondarily to free my schedule to dedicate to my craft and push to start making money through the music. We are currently in Oaxaca and have been here for the release of the “LMK” video. Even from MX it’s been amazing to see the response. From here the goal is to return home in late July and start my career as a recording engineer in Baltimore as well as a full-time recording engineer for Kre8tive Haus. I have been crafting and releasing new music over the past few months and plan to release a second video for “Bean” at some point this summer. My music is definitely gaining more traction within and outside of the city and I hope to use that to push my career aswell. The ultimate goal as an artist is to make enough money to feed myself and my family using the craft that I love. The ultimate goal as an aspiring engineer is to help as many artists in Baltimore as possible to make quality music for an affordable price and establish Baltimore to the rest of the world as the creative scene that I know it already to be.

Alright, so let’s dig a little deeper into the story – has it been an easy path overall and if not, what were the challenges you’ve had to overcome?
It definitely has not been a smooth road. I have lost friends and bandmembers along the way. Dropped out of college for Media Animation. Have been working day jobs since 2012 barely making ends meet trying to figure out how to survive as a broke artist. I didn’t really have money for buying studio time with anyone I felt could produce quality sound and Baltimore’s studio scene was lacking diversity, affordability, and quality. Self engineering for all of this time some could say stunted my growth as an artist because many fans believed a well recorded studio produced project was all I really needed. This is more or less what led me to Berklee College of music, I needed to do it myself. Fluctuations in Kre8tive Haus’ activity from myself and other artists became a big issue as we got older and more responsibilities made making music harder to find time for. This realization is why I quit my job knowing that true time and dedication are required in any craft for success.

Appreciate you sharing that. What else should we know about what you do?
Currently, I am a vocalist/ recording engineer/ producer and student at Berklee College of music with a major in Studio Production. I would say I specialize in hip hop/lyricism. My lyrics and anime references and bars would probably be what I am most known for at this point. I am most proud of the progress in the past year, the LMK video and the community support, I really feel like I can take the city to the top with me and people gravitate to that and it’s been an amazing process. My versatility not only as an artist (my music tends to not be held to a specific type of rap or even a genre, I take pride in being able to do it all) but also now as a producer and capable recording engineer make me stand out from the crowd. I have been doing it all myself for so long and I am finally getting good at it. No one can say they have a sound like me. Also, although anime has gotten so popular it seems that no one actually crafts their anime references, bars, and songs with the realism that I do. My fans tend to tell me that is really what makes my rap style so unique.

Can you talk to us about how you think about risk?
I don’t really consider myself a risk taker. I tend to be prudent with money and it takes alot to make me take a leap of faith. I have however taken the risks of starting an LLC, quitting my job with no intention of working a day job again, a really being steadfast in my mindset of homegrown and doing it myself. Everything from the logo for Kre8tive Haus, the music, the videos, the promotion, to the few shows we have done have all been self made, local made, come up collaborative efforts with no professional help which I think could be viewed as a risk. This 6-month trip I am currently on feels like the biggest risk of all but I see the signs to keep going.

I think risk is important in today’s climate because so many rules and regulations have already been set for so long. The world has a way to do things up until now and with the pandemic and all the changes as of late that view has been completely shattered. Everything is changing now, one way or another, and that change is unavoidable. Now more than ever is the time to take risk, shoot for the stars, and go for what you really want as opposed to following precedents set for how things are done. 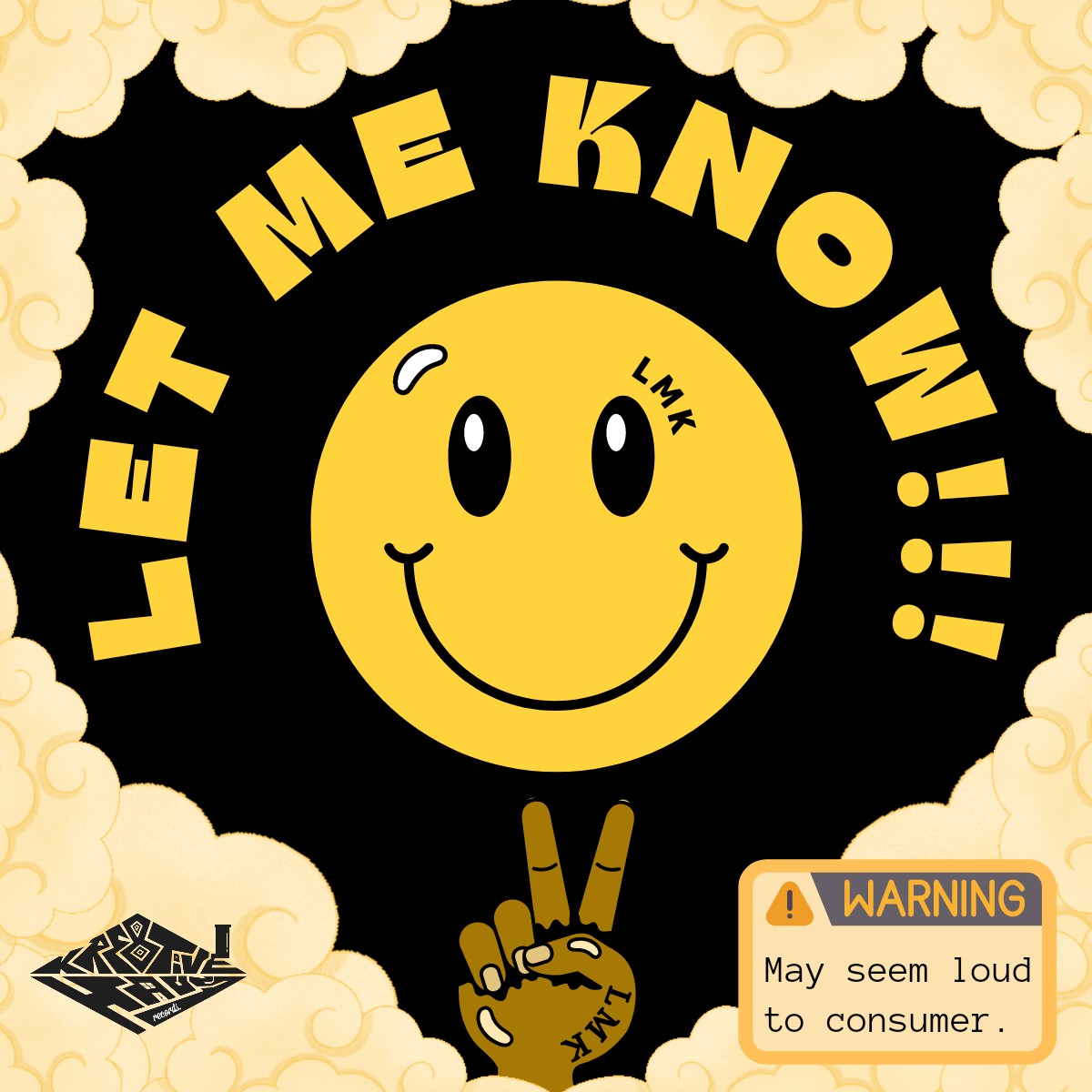 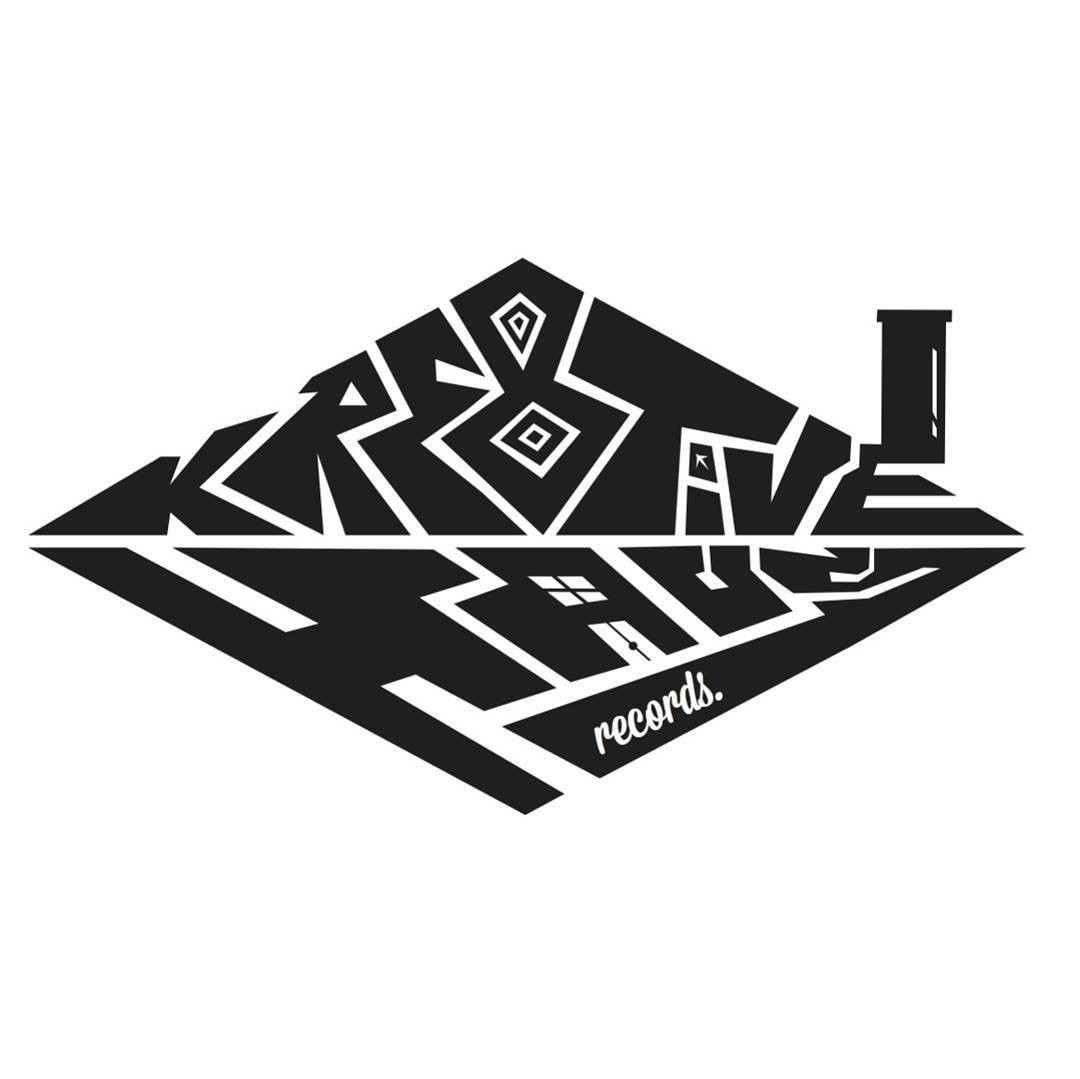 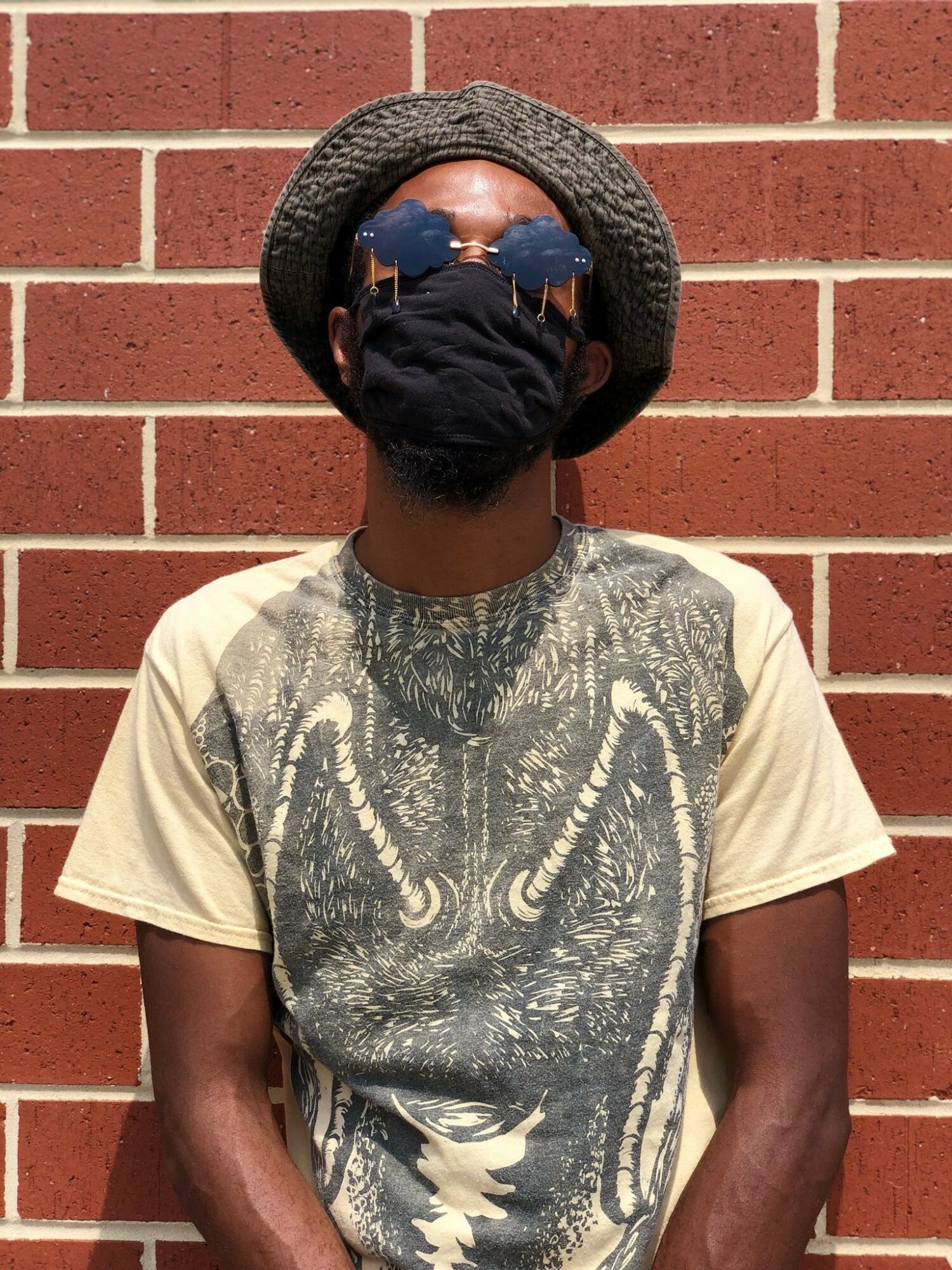 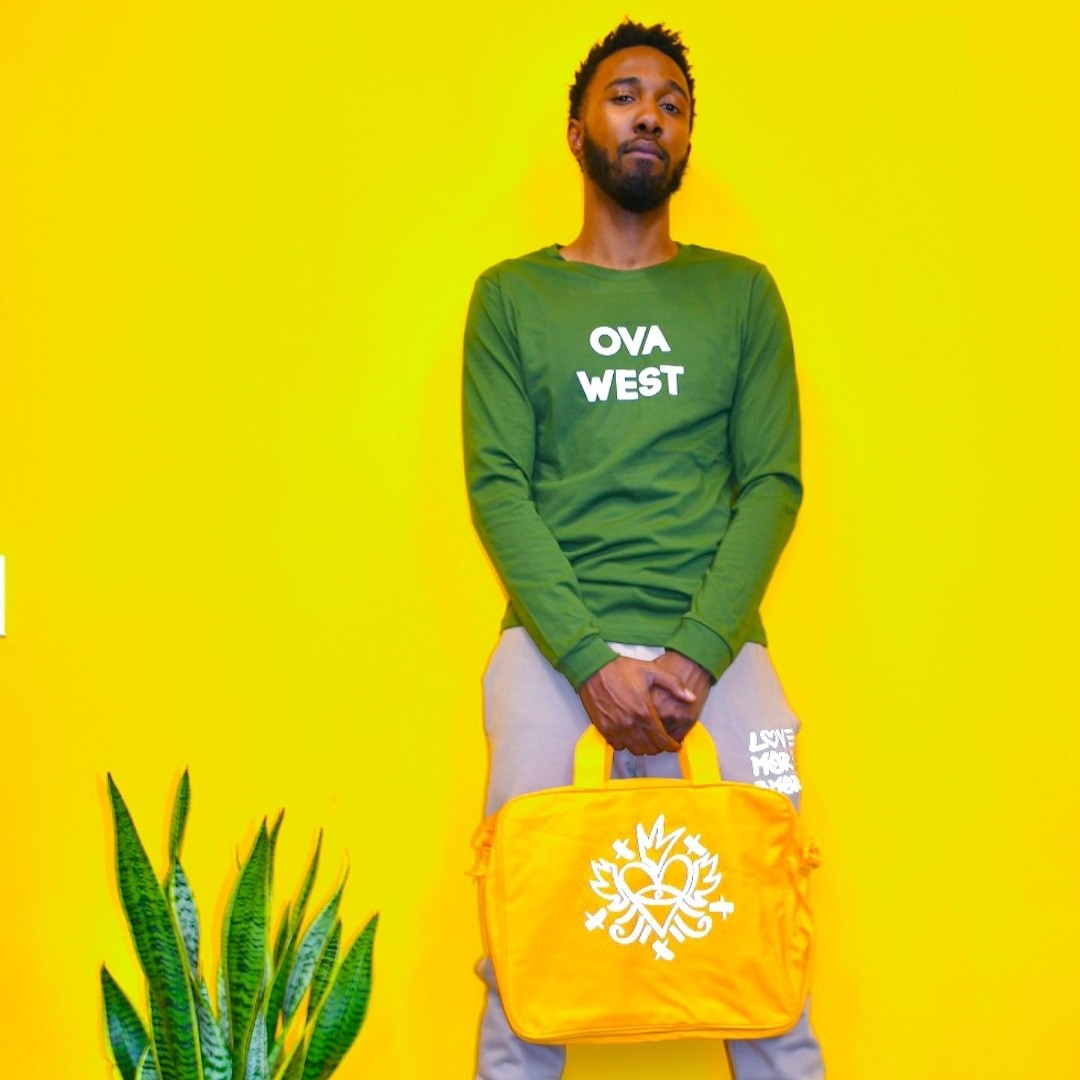 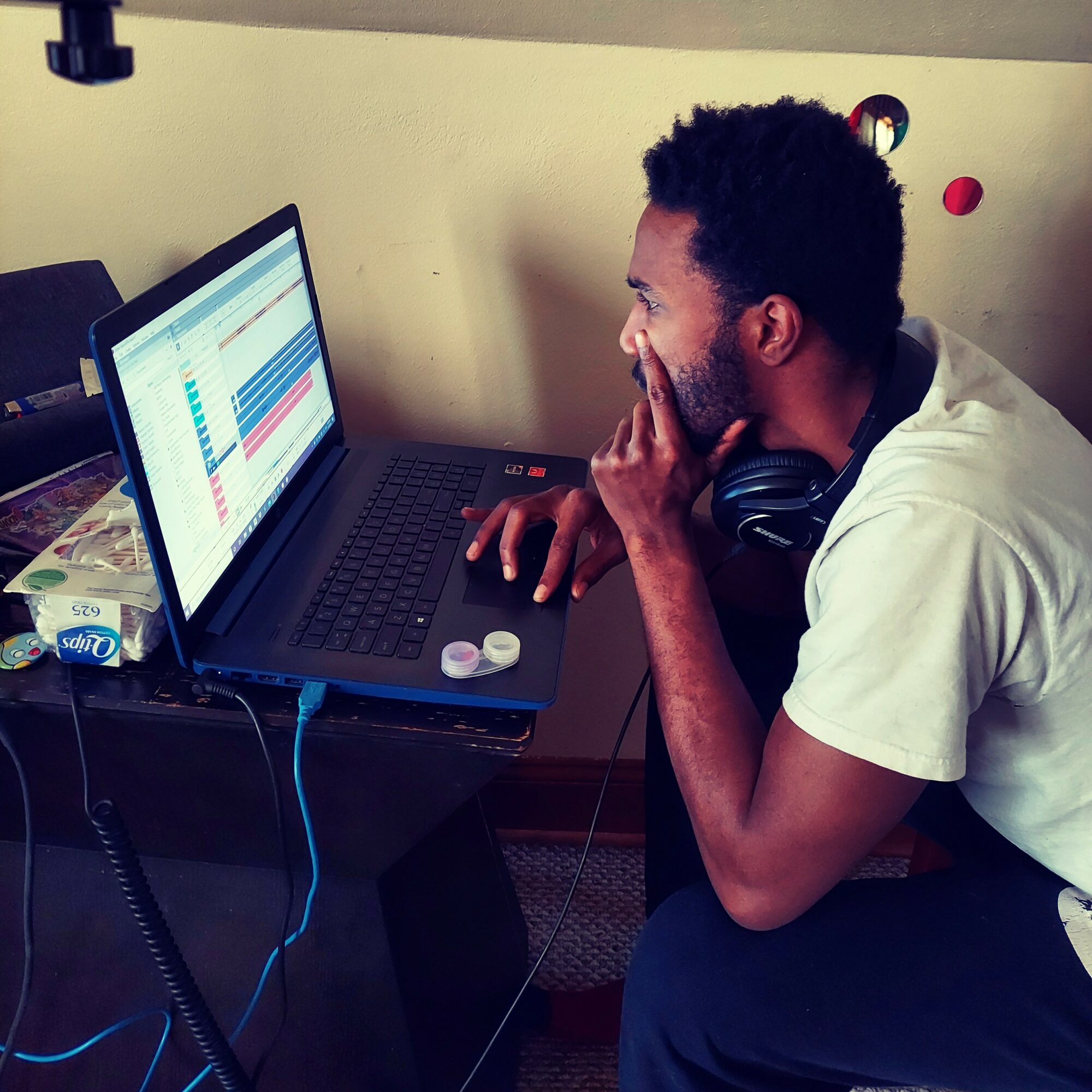 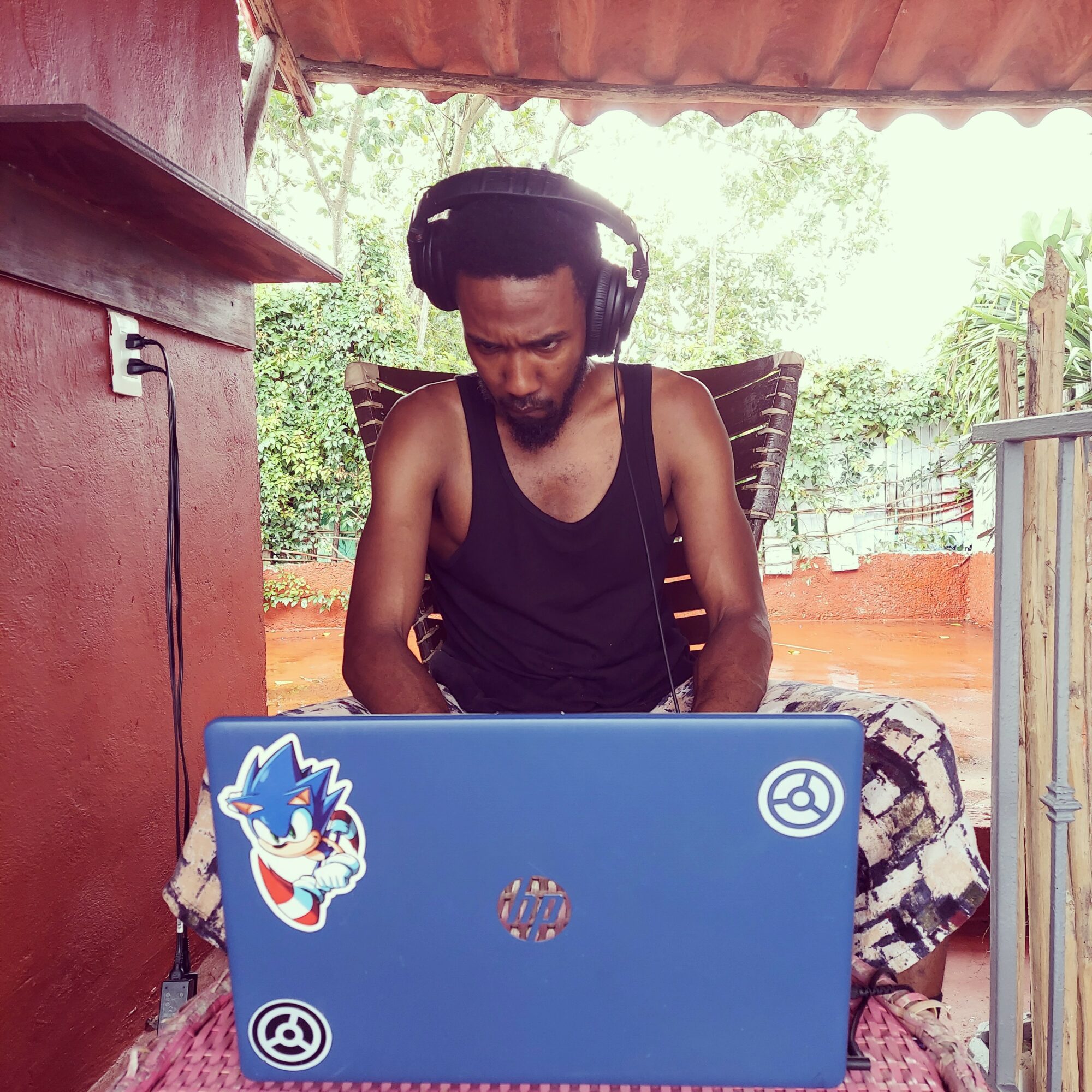 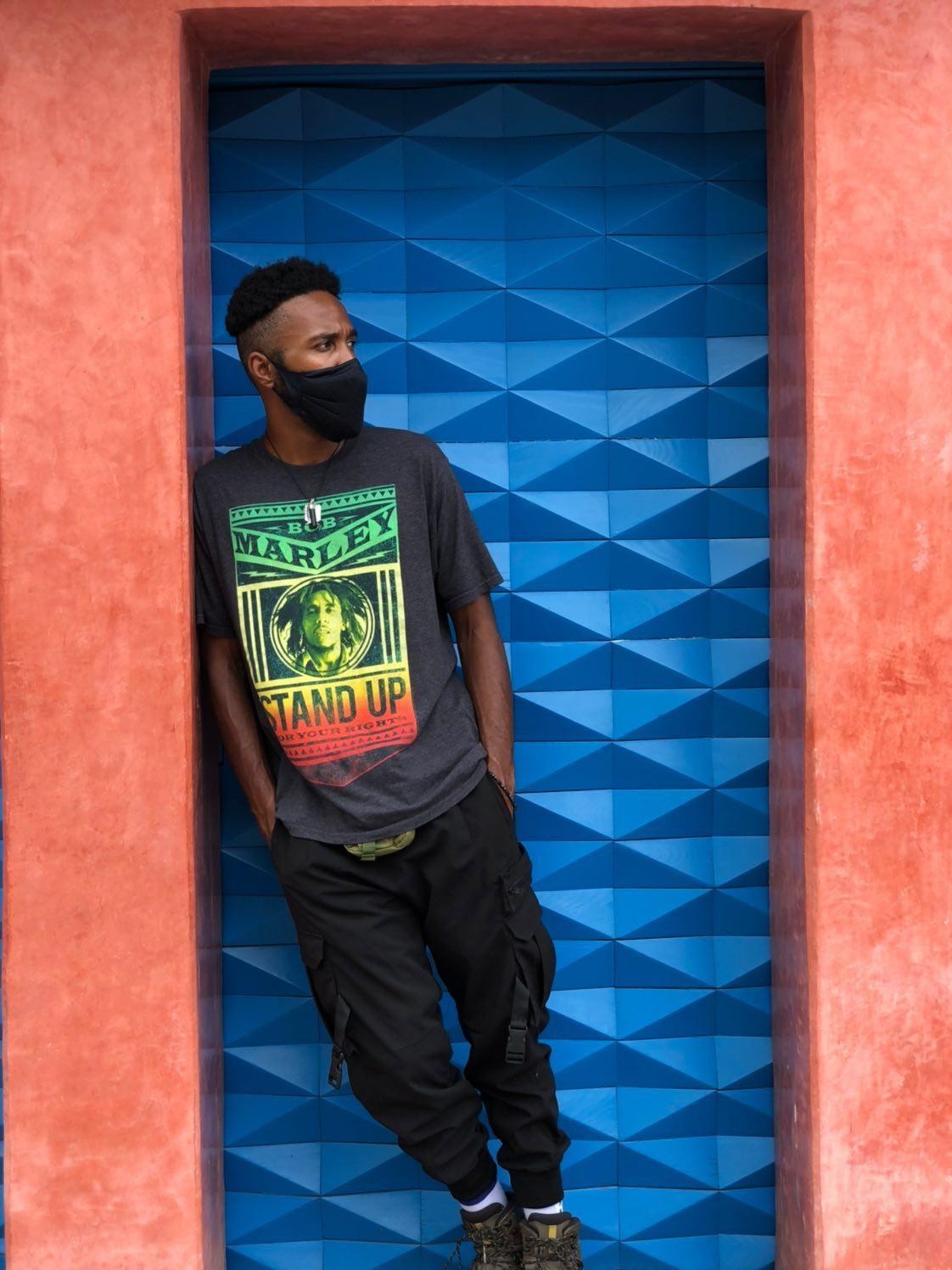 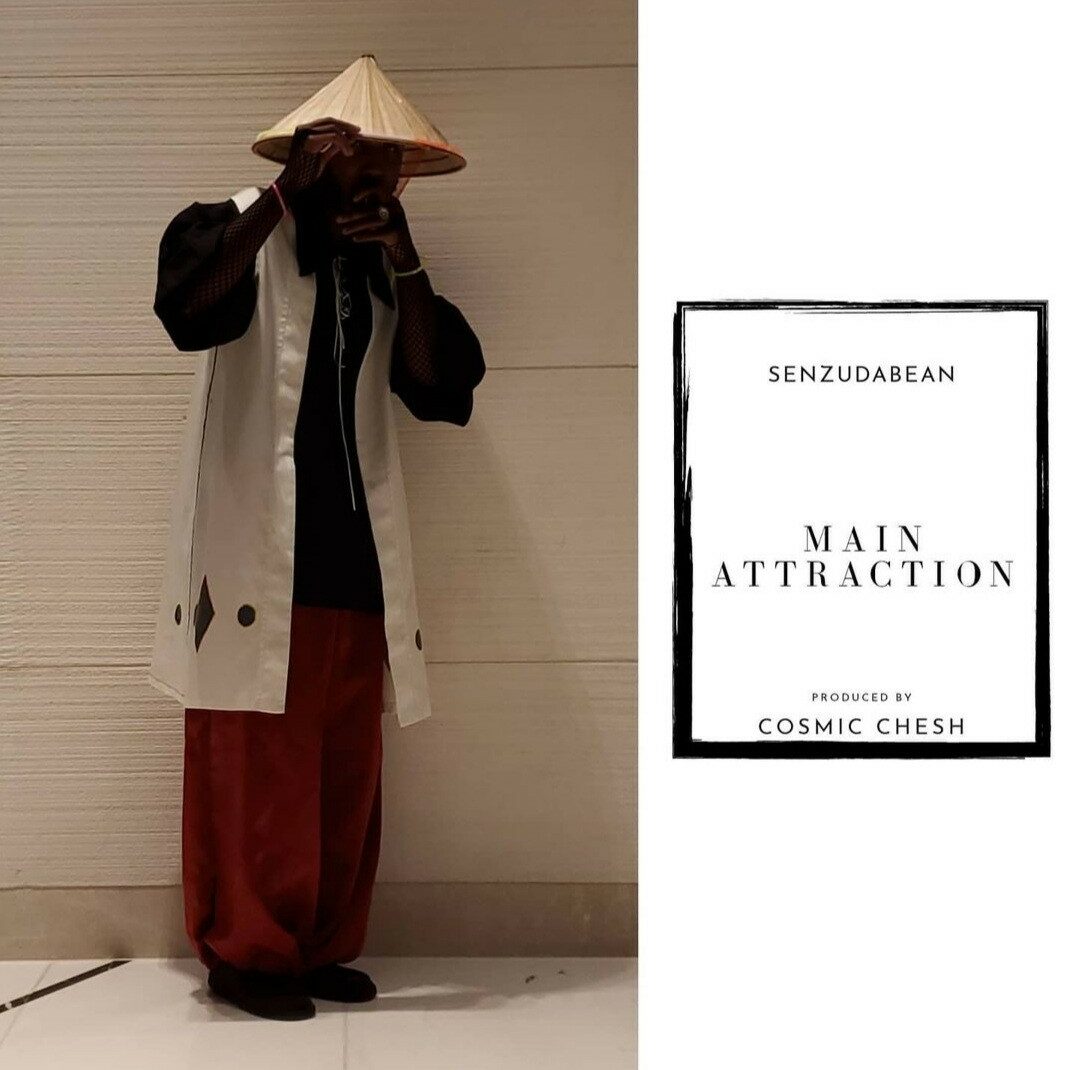 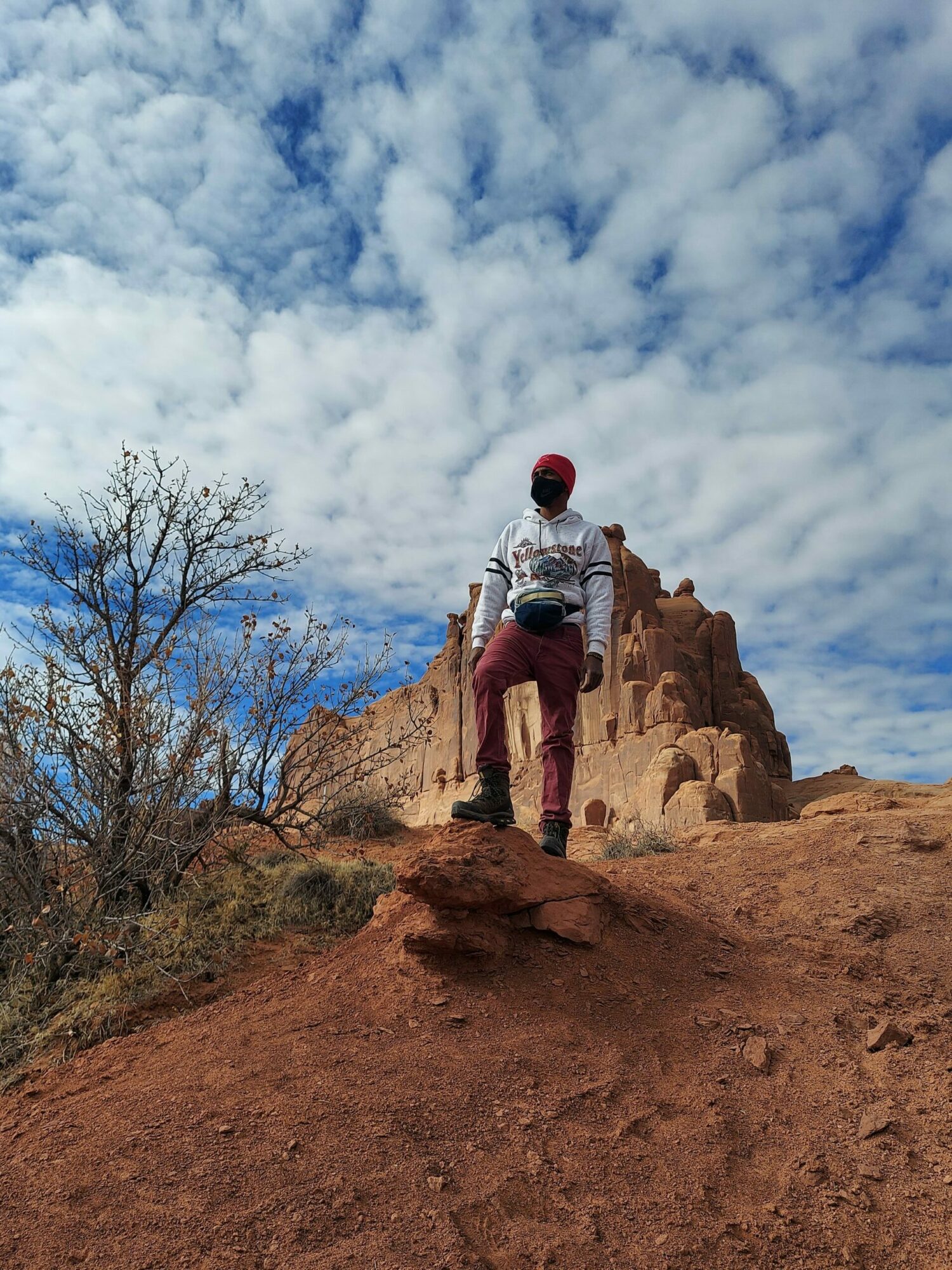