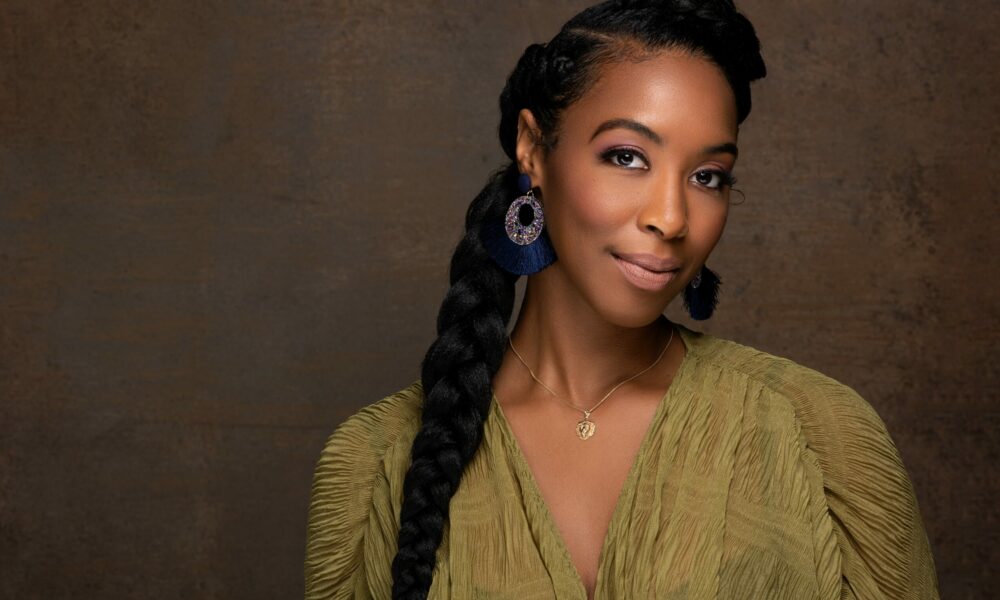 Today we’d like to introduce you to Carolyn Malachi.

Hi Carolyn, can you start by introducing yourself? We’d love to learn more about how you got to where you are today?
I’ve always had a love for sound. When I was younger, after classes and basketball practice, I would write, compose, and produce sound projects using any available instrument or equipment. I found my love of music using digital audio workstations (DAWs) to create class projects. A lot of that early production became a part of my first album. I used to attend the Organic Soul open mic nights at the old Eden’s Lounge in Mount Vernon. The Band, Fertile Ground, was the backing band for the poets, vocalists, and musicians who signed up to perform. Those open mic nights were informative and a major part of my development. Let me tell you, the Baltimore music scene is very honest! They will let you know when they connect with your ideas and when your thoughts could use some work. I also learned a lot by watching the poets sell their CDs (remember those?) and promote their shows. These were some of my first lessons in the business of music. Organic Soul was truly a major part of my story and how I got here today. It gave me tough skin and encouraged me to expand my industry knowledge and relationships. I joined the Recording Academy to learn from other great songwriters, musicians, composers, producers, and engineers. There, I met other music professionals committed to pursuing musical excellence. So, it was a very proud moment when this community honored my relatively unheard song “Orion” with a Grammy Award nomination for Best Urban Alternative Performance.

The pursuit of excellence and education, informal and formal, has made all the difference in my career. Right before the COVID-19 pandemic, I graduated from American University with an M.A. in Audio Technology. When canceled concerts, tours, and venues closed their doors, I could pivot into production and engineering. At the same time, I began my tenure track journey as a professor at Howard University in the Cathy Hughes School of Communications. All of my technical work encourages and informs the music that I make, down to the sounds, the timbres, and the frequencies. Lyrics come from life experiences. I am always learning.

Can you talk to us about the challenges and lessons you’ve learned along the way? Would you say it’s been easy or smooth in retrospect?
I don’t think anything in life is a straight line. Everything’s a wave, a phase, compression, or rarefaction. There will always be changes. During the 2008 Great Recession, I lost my day job suddenly. Honestly, my experience mirrored what many musicians experienced at the onset of the COVID-19 pandemic. It was a scary time and a hard shift until I realized that I was cash poor, but I was also time rich. I reinvested the resources I could acquire from gigs and grants into my craft. My great-grandfather used to say, “It’s a poor rabbit that has only one hole.” He was talking about having multiple streams of income. That’s what I had to learn to do as an artist. A few years after the recession, I learned about bitcoin and cryptocurrency and how I could use it as a medium of exchange for folks who wanted to buy my music but didn’t have access to bank accounts or platforms like PayPal. I was pretty early, so it’s been fantastic to see that space grow, especially about NFTs, which is an area I’m still learning about.

Thanks – so what else should our readers know about your work and what you’re currently focused on?
Each day is full of gratitude. Some days are more manageable than others. Here’s an example from a recent day in May in my life. I had a performance for PBS but also a project turnaround for a music mixing client.
○ 6:45 am – Makeup
○ 11 am – Rehearsal
○ 3 pm – Hair
○ 4:30 pm – Load In
○ 6:45 pm – Soundcheck
○ 7:30 pm – Interview
○ 8:30 pm – Performance
○ 10 pm – Load Out
○ 12 am – mix edits
○ 2 am – Good night/morning
Between those moments, I was working on mixes and communicating with my hubs, who had to take our puppy to the emergency room. We’re both crazy busy with our own lives and very intentional about the energy and love we pour into our life together.

Have you learned any interesting or important lessons due to the Covid-19 Crisis?
Yes! I learned to be vocal and transparent about the things that don’t sit well with me. I used to believe in holding my tongue and avoiding any impression of offense or pain. I felt it important for my survival to maintain a facade of strength and, without protest, meet unreasonable expectations. This is egregious, self-silencing behavior. In a speech in the ‘70s, Audre Lorde said, “Your silence will not protect you.” She was speaking about changing silence into language and action. I read many of her speeches, interviews, and essays during the pandemic. I also began to listen to the stories of other women who knew what I was starting to understand: transparency alleviates the stress of appearing composed and in control. Avoiding silence led to me making better decisions about my health. The first important decision was to talk about my experiences. Like many African-American women, fibroids have been a major health issue for me. It wasn’t until I began talking with other women that I learned that this wasn’t a solo. I found a chorus of other voices who were singing the same song. An OBGYN in Atlanta told me to find a specialist. I found the great Dr. Christine Helou at GBMC. The rest (including 22 fibroids) is history. My transformation of silence into language and action also resulted in the creation of my forthcoming album, Counter-Narratives.

“Brunch,” the first single, speaks to a period affectionately known as “after brunch.” Imply what you will, but there’s another side to the song. During the pandemic, I missed in-person sister circles. The Zoom happy hours just weren’t it. When we gather for brunch, it’s not just for fun. It’s for affirmation. Brunch with the girls? It’s how we recharge. Anything is possible – after brunch! “Brunch,” the single will be released June 17th, and it’s a bop. Counter Narratives, the album, will be released in July! 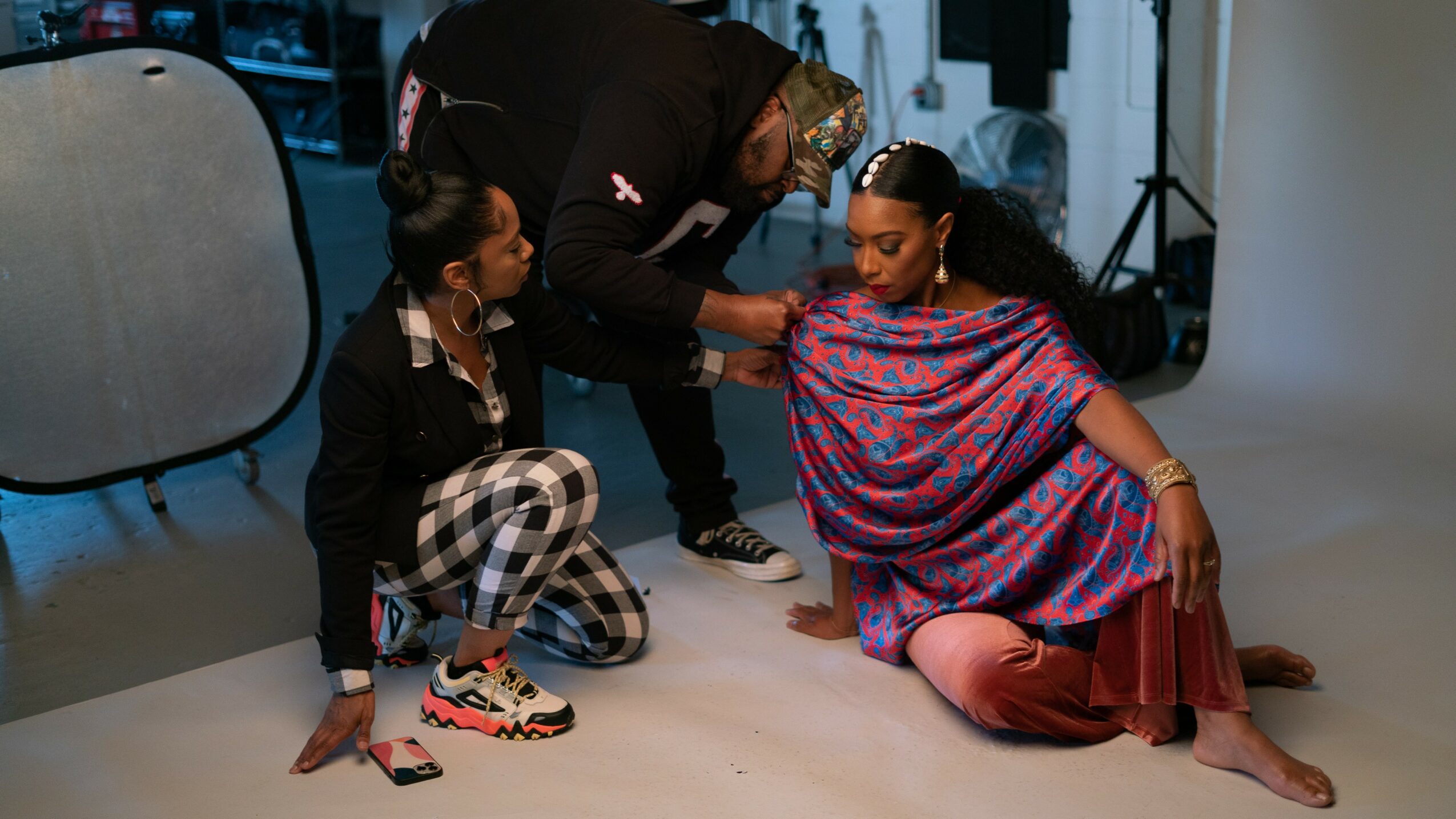 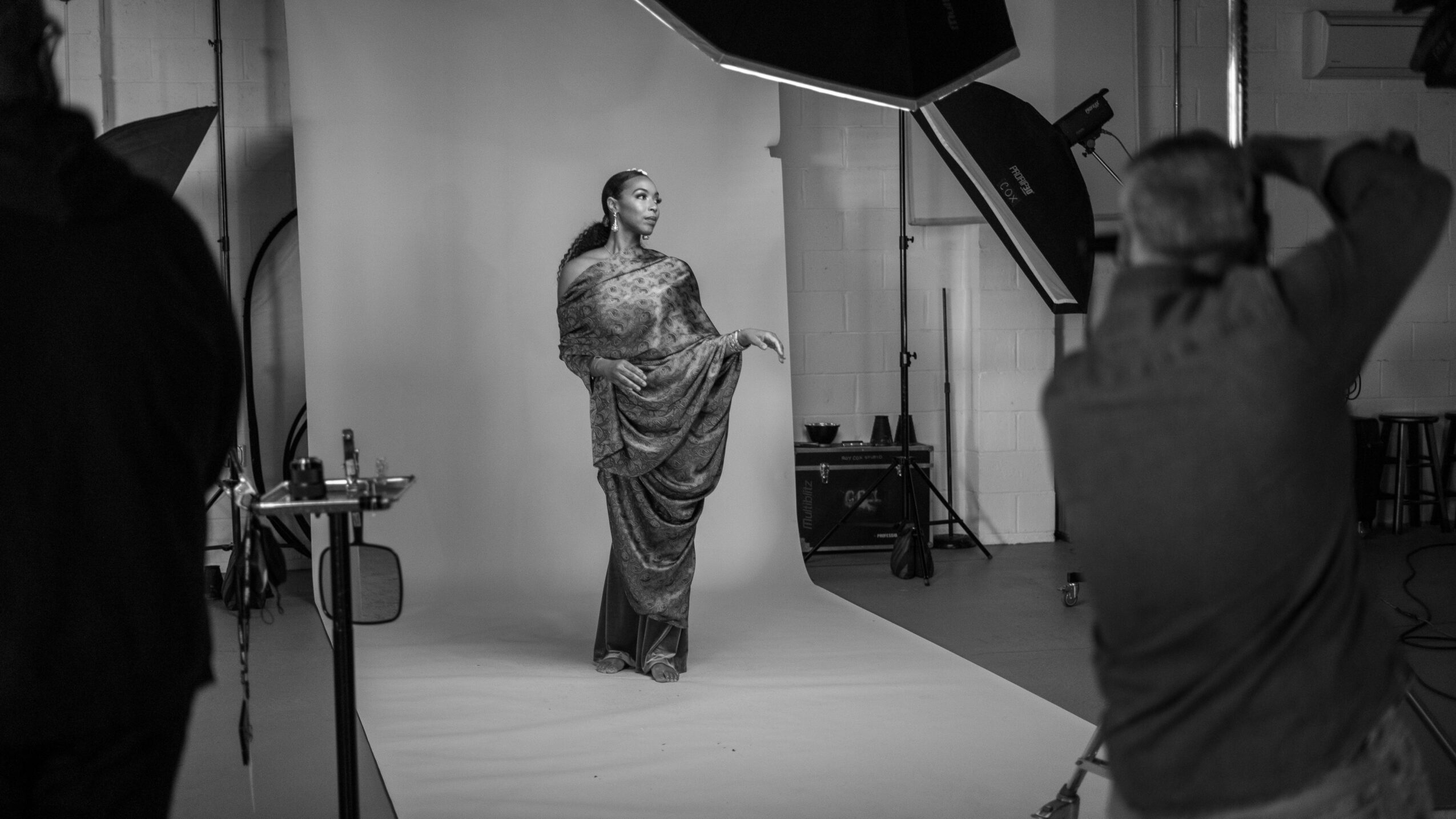 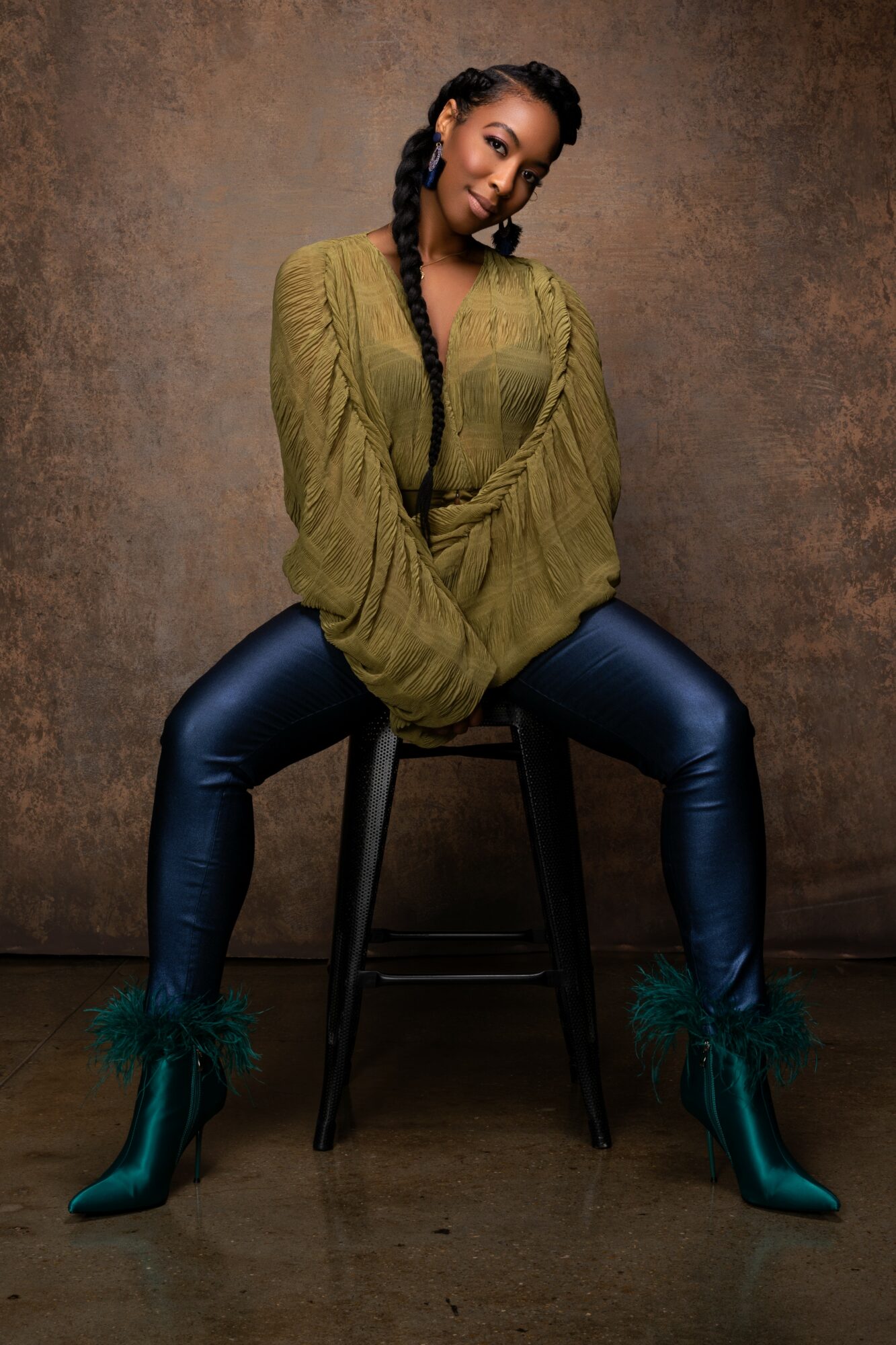 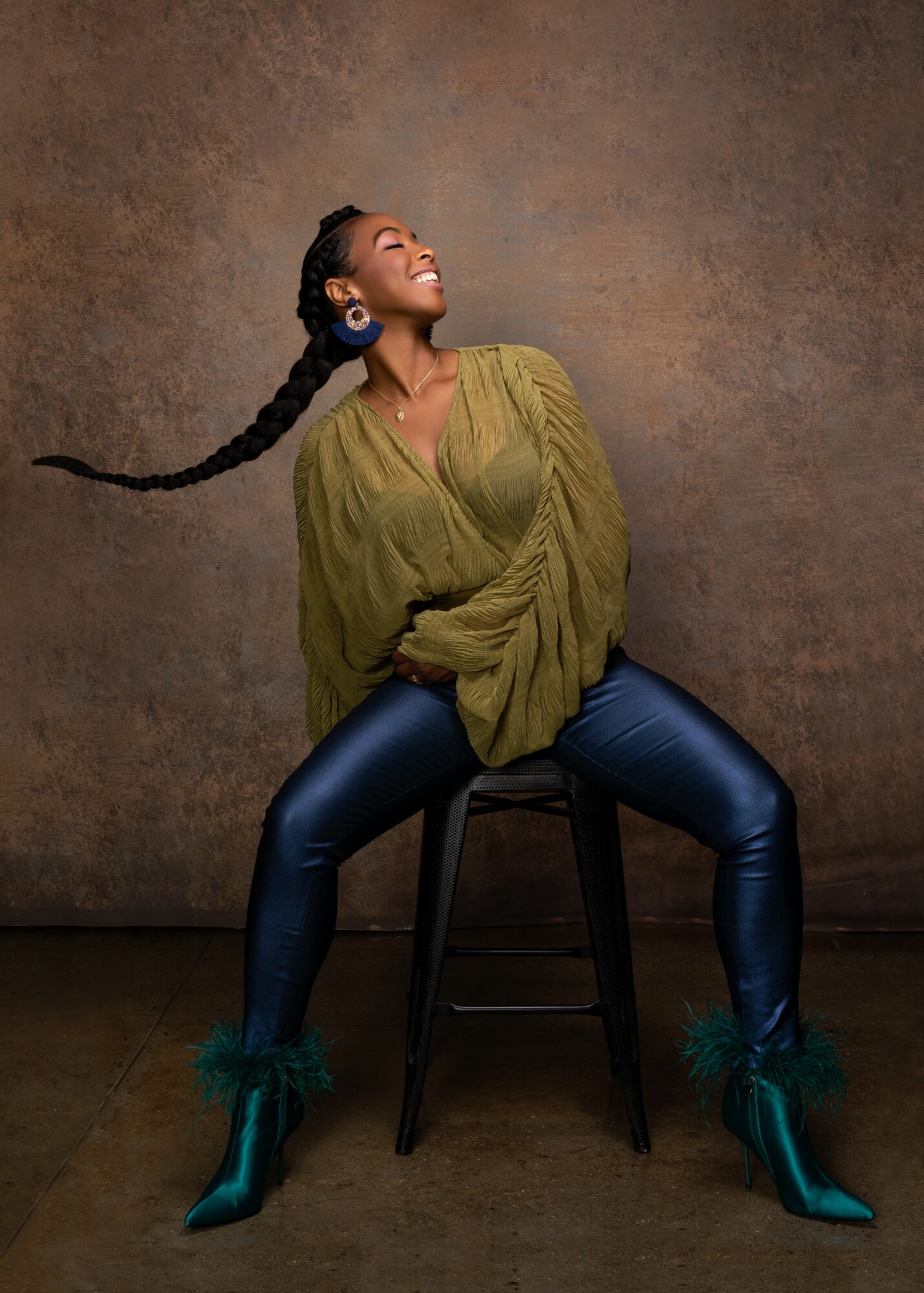