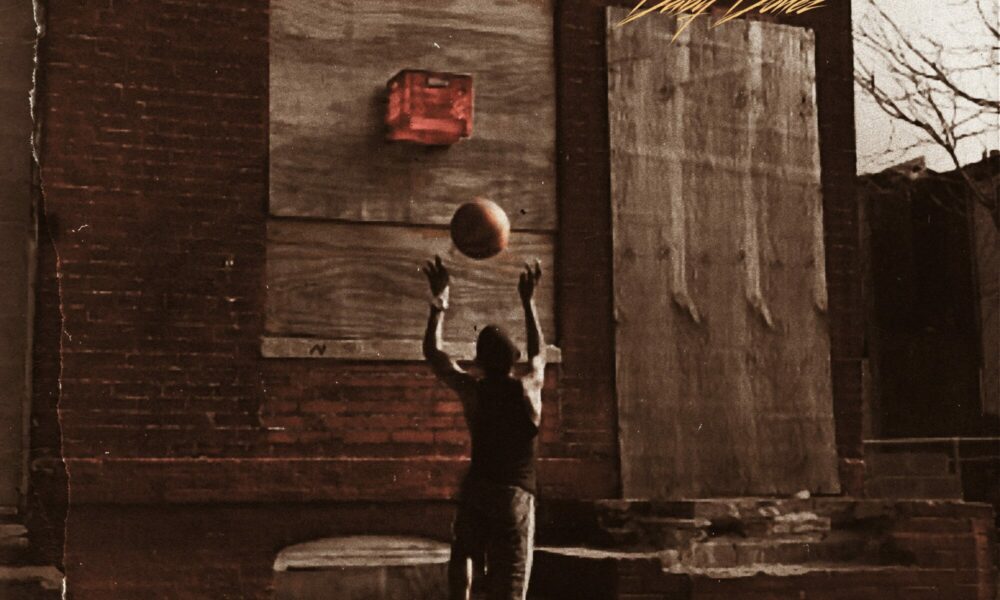 Today we’d like to introduce you to Baby Bonez Cole.

Alright, thank you for sharing your story and insight with our readers. To kick things off, can you tell us how you got started?
My name is Just, but I go by Baby Bonez. I got that name for being the youngest as well as being the skinniest. I’m not anything but skin and Bonez; I was born at John Hopkins, and from there, I lived on monument St. I have been moving around for about as long as I can remember. But with that comes a love for hip-hop. I heard The world is yours & if I ruled the world by Nas in my dad’s car, that was it. I was hooked. I started reading my family’s CD collection and became obsessed with hip-hop music, R&B records, and Baltimore Club. It was All about Tupac, Nas, Ice Cube, G Unit The Lox, 36 mafia, Wiz Khalifa, UGK, Outcast, Lauren Hill, G Herbo & Bibby, No Limit, Freddie Gibbs, Nipsey Hustle, Gucci Mane, Drake, 2 Chainz the list goes on.

But most importantly, all the local Baltimore Rappers from 2012 – 2016. When they came out, I thought they were so hard and different that they had me scared to rap, but now they influence my style, and I steal from all of them. In about 3rd-grade summer camp at Cahill, they made us rap this rap at a talent show, and I remember thinking I could write something better and pick better beats and all, so I always thought about it but never took it seriously until about 20. I never thought I would have the guts to stand in front of the mic or a crowd and tell my story and have fun, which is the most important thing to me. I went to college and tried to graduate, but the week before my junior year classes, my hair started to fall out due to Alopecia Areata. It was a small spot, eventually being up to about a good 70 percent of it was missing or patchy. I went to the doctor, and they gave me creams and shampoos. I even had about 100 plus needles in my head to induce growth, which only made the hair fall out more. I was depressed and wanted to vent and express myself. Still, more than anything, I liked the people of disenfranchised communities to know they are not alone and empowered them to stand up and overcome their situation and be strong and that they have a chance. The same feeling those Nas records gave me as a child. I think that was God’s way of telling me I was not supposed to be in college because, well, the whole time, I was stressed and thinking about ways to make money, but Hip Hop is a blessing, and it works my brain it stresses me out but in a good way. I recently released a 9-track album titled Unapologetic, which motivates great beats and fantastic flow; so natural it doesn’t need a record deal charisma in it. I think just my story and even the story behind making the album would inspire and captivate people.

Can you talk to us about the challenges and lessons you’ve learned along the way? Would you say it’s been easy or smooth in retrospect?
Man, Obsoletely not! I built my studio. Expensive wrote all original music with meaning and points to it deep. Time-consuming. On top of that, trying to navigate the music industry, which is predatory with a capital P, I had a friend trying to send me basically into a deal so terrible he mine as well to tell me he was a loan shark. We were supposed to be close friends, but being dead broke is the route of all evil. One thing that you have to learn quickly about the music game is there are no education requirements which is a beautiful thing cause you basically can walk straight out your front door and have nothing a be accepted and become a millionaire. Countless dudes have done it. I think the saying art inmates’ life is 100 percent true. It’s an exact representation of what we feel, not the other way around. With that being said, if you don’t have any street smart in Hip Hop, you might want to pack it up not saying you have to be a killer or a drug dealer, but you have to know what to look for cause it’s super easy to be dishonest and mislead people and be a crook in this environment. Hip Hop is opposed to the oil industry, where the oil has to be of a certain quality and pass some tests to get a grade to move on to the next level. You can be rapping for 3 weeks and be rolling loud tomorrow. So the biggest challenge is navigating the people and the art and how things are handled. Hip hop is natural selection at its essence because it doesn’t have any structure for the most part but structures an order or how we succeed and keep ourselves safe. So it’s a lot of snakes. On top of that, I’m a businessman and business-minded. I looked up to Nipsey Hustle, Master P, and 5o cent. I’m not just rapping; I’m building a company. Baby Bonez and F5 Records. Many people I want to work with don’t have a business education. In college, I studied nursing. But I read books on business marketing and branding and how to run a company and make it stand out and be beautiful, and something that a lot of people don’t see is brand equity. The power of telling stories and relating to people behind the art is that they know how to work the system. I’m not a worker; I’m a boss; before that, I’m a leader. I don’t like doing things to make money; I want to do something that builds my name, reputation, image, and relationship with my listeners and future listers. All some people see is making money and getting record spun, but it’s bigger than that, and I don’t want anybody treating F5 forms just like it is any side project. It’s my firstborn child and should be treated as such. On top of my mental health struggles, people not believing that I could make it as a rapper simply off the fact that I’m from Baltimore. And. Nobody from here took it for whatever reason. People are talking down, but ima be the first to do it. All that’s about to change real soon.

As you know, we’re big fans of you and your work. For our readers who might not be as familiar, what can you tell them about what you do?
I’m a storyteller. As a picture painter, you can find a friend in my music. This isn’t my music. It’s our music. Creativity at its core is telling a story; I try to give you a movie to listen to. Especially as African Americans, when people tell our stories, we find a lot of solace in it and say damn, you know, I’m a lot like this guy or his childhood home life. It’s a lot like mine. You can almost love yourself a little better; it helps us grow closer to our own culture, which is not openly discussed in our homes until something terrible happens, or you make a lot of money than everybody, your cousin, all of a sudden. Hip Hop is a beautiful way to help us bridge the gap of not having a sense of belonging. We sometimes felt alone and confused about how to do many things, but Hip Hop gives us light, hope, power, confidence, culture, and a home.

Ironically we build beautiful homes from the most damaging of places and circumstances. At times I almost see what I do as a refugee program. You lost follow my words, follow my footsteps. I’m going where the paper is the excellent money cause all money isn’t good money, but I’m going where peace is something that isn’t around much in our community. It’s not a hope around for some of us; we aren’t just Baltimore. It’s Los Angeles, Texas. New York, Boston. New Orleans. One of music’s biggest goals is to have my music inspire somebody on their Journey out of the bottom, whether it is their getting high, depressed or homeless; as long as you breathe theirs a light at the end of the tunnel, but you have a walk toward it.

We’d be interested to hear your thoughts on luck and what role, if any, you feel it’s played for you.
I once heard someone define luck as Labor Under Correct Knowledge. I was able to duck some shady businesses and make an excellent ability for a great price because music is costly. As well as surround me with constructive people who like being productive and at least want to tell me where the right direction is don’t want to sign a traditional record deal; I want to stay independent, so that’s a super duper plus. I’m doing some shows in Baltimore soon, and I have help around me actually to get things done. Doing everything by yourself ain’t easy it’s tiring and draining very. Draining while trying to live life, my future is very bright compared to most rappers. They are hoping to make it. I know my time is coming as long as I keep grinding. Its brains over Brauns, and I expect my intelligence to show in the short and long term. 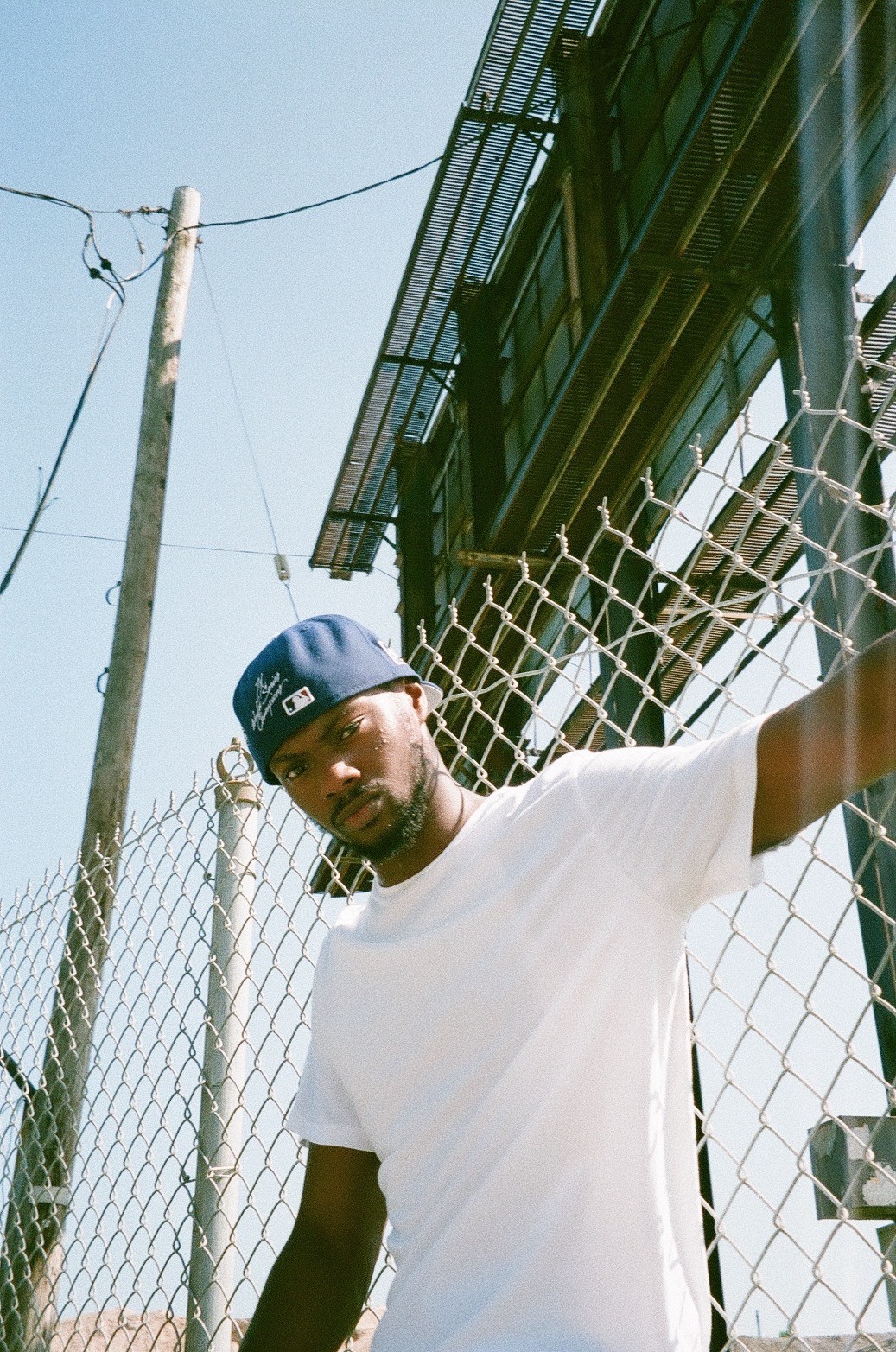