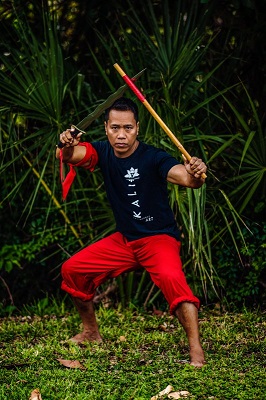 Today we’d like to introduce you to Apolo Ladra.

Hi Apolo, so excited to have you with us today. What can you tell us about your story?
I was born in Batangas, Philippines, a province south of the capital known for being the birthplace of the butterfly knife or “balisong” in Tagalog. I spent the first years of my life in a small town where only the brave and determined will survive.

My mother took care of my siblings and me while she worked as a seamstress. Meanwhile, my father worked as a Chief Police Officer. At a young age, I knew what violence was. I witnessed my father work hard not only to protect his family but the citizens of our town.

But somehow, things were becoming more chaotic and he wanted us to be in a safe environment. Since my grandfather fought alongside the US Military during the second world war, we were given the opportunity to migrate to the United States as a family.

Can you talk to us a bit about the challenges and lessons you’ve learned along the way? Looking back would you say it’s been easy or smooth in retrospect?
It was not easy moving and leaving everything I always knew even as a child. I was in an unfamiliar place where I had to learn how to adapt. Making friends back then was tough, and segregation was still happening. It was hard to fit in, especially in Baltimore during the 70s.

It was a very hostile environment and there were bullies. Luckily, my brothers and I discovered J. Kim’s Institute of Taekwondo. Every afternoon, we would see J. Kim driving his yellow van like an ice cream truck with the painted word “Karate” while waving his hand out the driver’s window. I knew I wanted to be in his school and my father was very supportive and enrolled us in his school.

In the late 70s, I slowly progressed in rank at Tae Kwon Do. I realized that I was acquiring life skills besides self-defense while developing my character that attributes to being a modern-day martial artist.

During these formative years, I spent training in martial arts, I improved physically, mentally, and spiritually. I was able to have a good solid foundation for my character while staying grounded and having a “Yes, I can!” attitude that anything can be achieved.

Through the years, I became recognized in my sport. I became a top-ranked Eastern Regional Champion in the 80s and garnered over 100 trophies and grand championship titles in local and international competitions. Despite being successful in my career, I felt like there was something missing.

I had this strong urge to reconnect to my roots as a Filipino and this is where I found the indigenous art of the Philippines, Kali. I found guidance from the Blademaster, Grand Tuhon Supremo Leo T. Gaje Jr., the inheritor of Pekiti Tirsia Kali.

Kali is a Filipino Martial Art that uses blades to protect and defend oneself. Our national hero in the Philippines Lapu-Lapu, defeated the head of first world circumnavigation, Ferdinand Magellan by the use of the blade, Kampilan. Kali has been dated way before the Spanish occupation and has been passed down from family to family for over a hundred years.

A deadly combative practice that has molded and adapted to become a cultural art, disguised in motion. Filipinos during the occupation were banned from practicing the art of Kali or carrying blades and sticks, so they had to practice everything in secret.

Kali flow and movements can be incorporated with traditional dances and Filipino habits of those who worked in the rural villages and the field. It’s an encompassing, practical, efficient form of combative arts that’s been proven to be effective not only by its practitioners but also by law enforcement and the military worldwide.

Now, I share the art of Kali through the teaching methodology that I developed, the “iKali: Learn to Teach, Teach to Learn.”

As of today, I have over 150 affiliated schools and several organizations using my iKali program. I am currently hosting different seminars all over the world, sharing the Art of Blade and the rich heritage of the Filipino Martial Arts culture.

As you know, we’re big fans of Filipino Kali Academy. For our readers who might not be as familiar what can you tell them about the brand?
I am the founder of Filipino Kali Academy and our headquarters is located here in Glenburnie, MD. We are a martial art school that trains and guides students to learn Filipino martial art, Kali, through my teaching methodology “iKali: Learn to Teach, Teach to Learn.”

We have several different programs available. For kids, it is called “Bayani” to encourage them to be the future heroes of our nation by teaching them about Kali-Kultura (culture), attitude, leadership, and integrity. We also have a curriculum for women which is our “Astig Training Program.”

This is a women’s self-defense class to empower women to become “Astig” which is Tagalog terminology for hardcore. Moreover, we have our Kali C.O.M.B.A.T for adults to develop practical self-defense skills, lightning-fast movements, and efficient footwork by focusing on the ability to transition from fighting with weapons to empty hands fluidly, as there is always the possibility of losing or being without a weapon.

Some of the popular combinations of weapons used are the single stick double stick, stick, and dagger. Along with this, the most frequently used training weapon is the rattan stick, a stick about the length of its wielder’s arm.

Aside from martial arts, we also educate our students about Filipino culture as a way of giving honor to my homeland, the Philippines. We shape our students to develop different life skills to help them have the good moral character to help them become confident individuals ready to face any challenge that life will bring.

If you had to, what characteristic of yours would you give the most credit to?
My work is my passion. I am very passionate about what I do. I started loving martial arts at a young age and it has helped me in so many ways. I was able to remember my roots as a Filipino and pay patronage to the Philippines when I discovered the art of Kali.

Through the years of practicing and teaching martial arts, I started to learn and discover so many things about myself. I started doing what is required, to adapt and to find solutions to inspire, motivate and guide others to achieve their goals while promoting a positive environment.

I combine discipline and mindset to achieve greatness. Moreover, I appreciate what I have. I never take things for granted and I put a value on the connection I build with my colleagues and students. 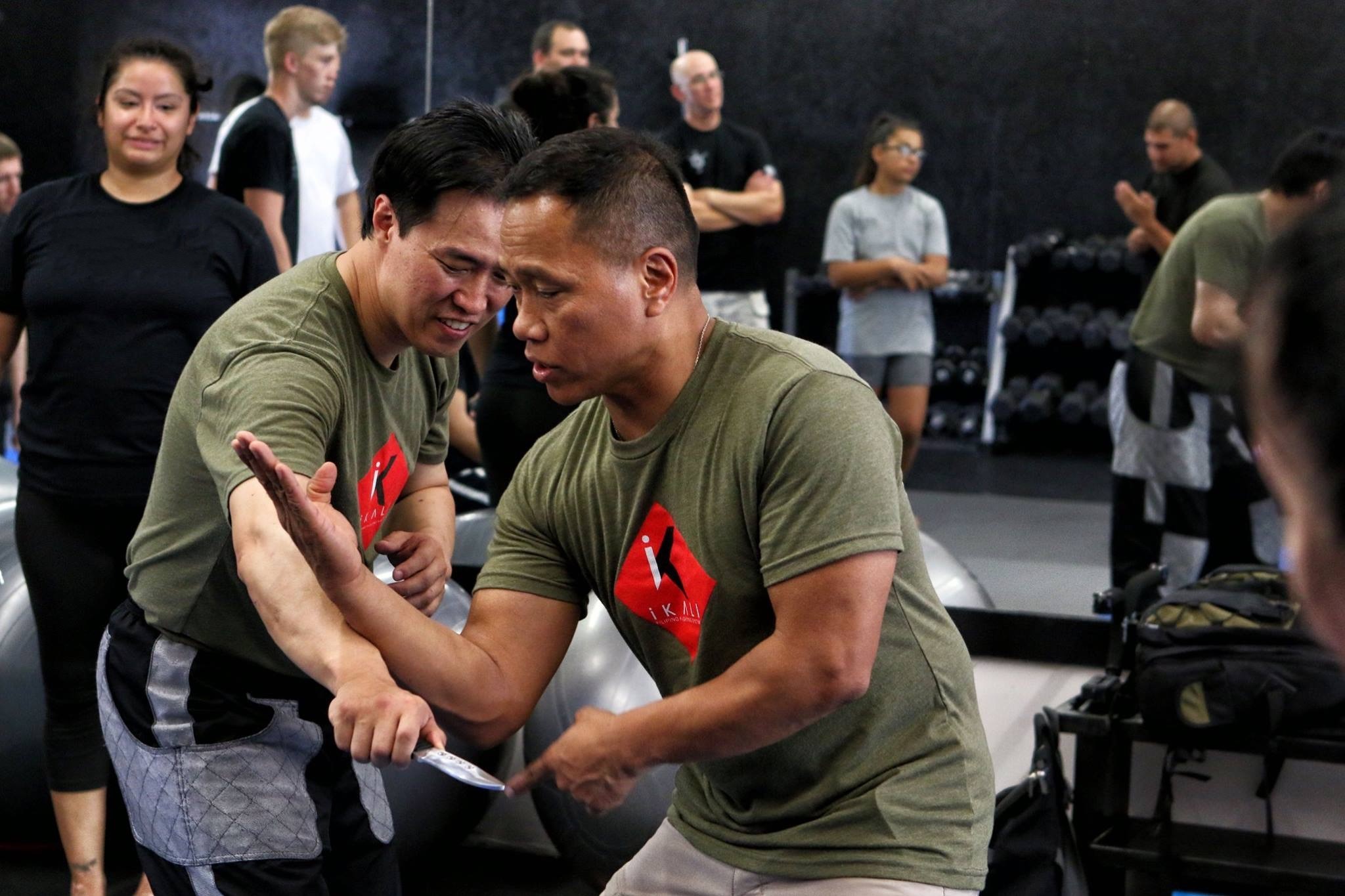 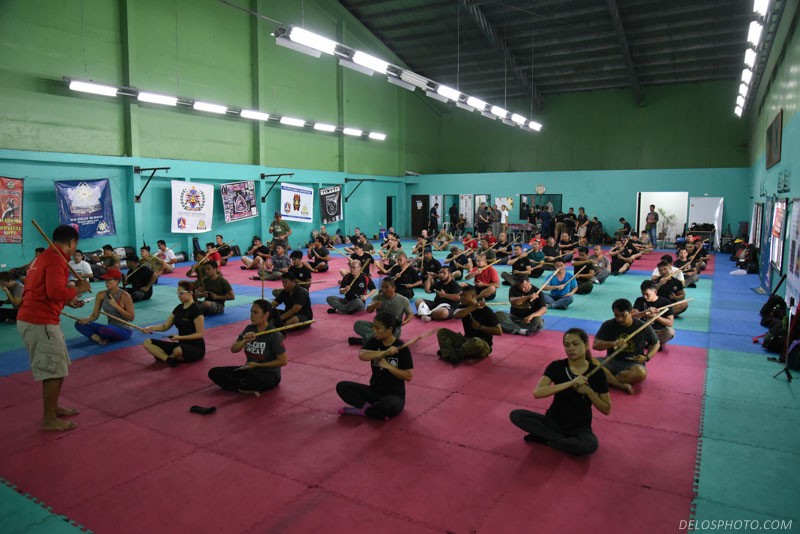 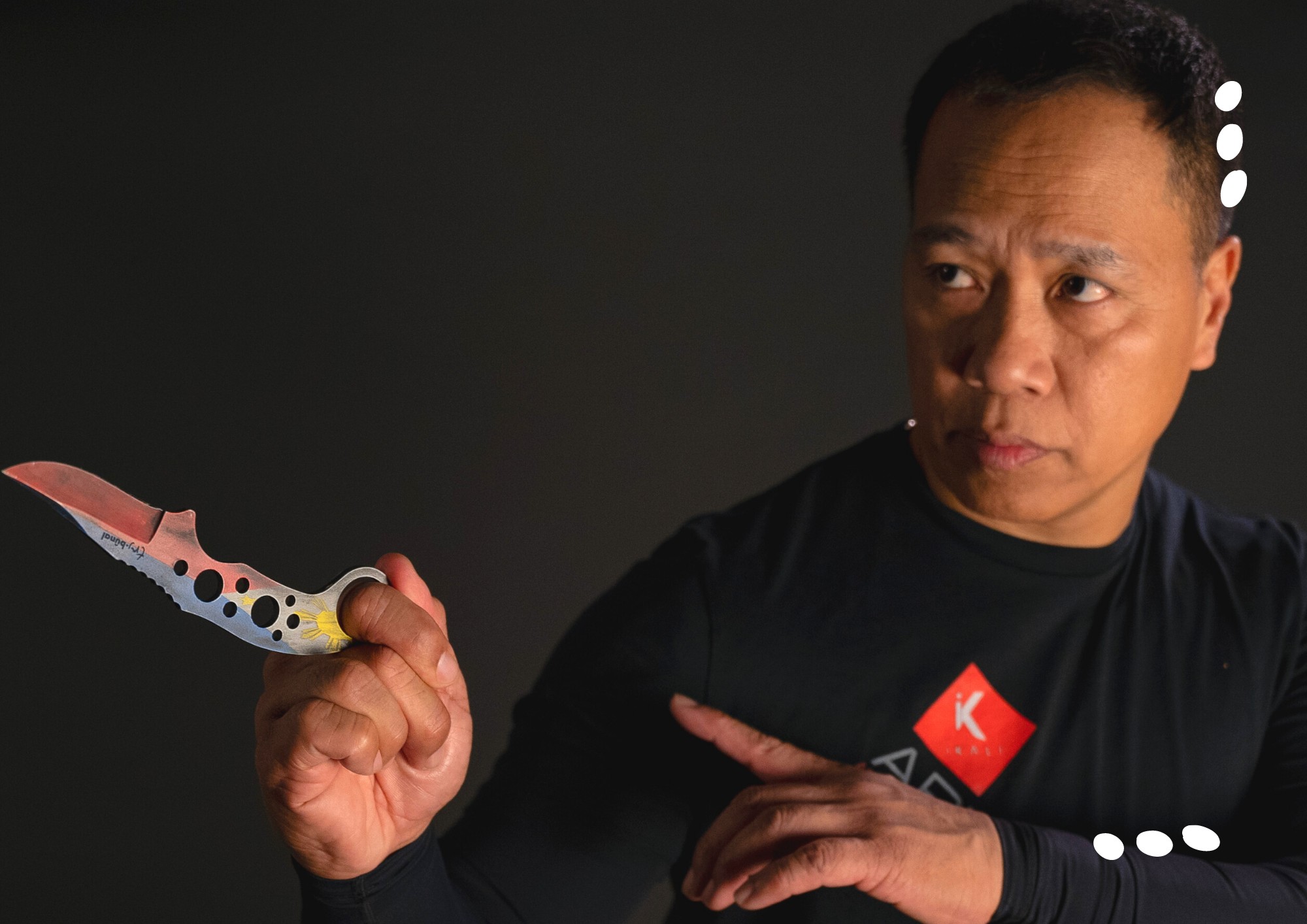 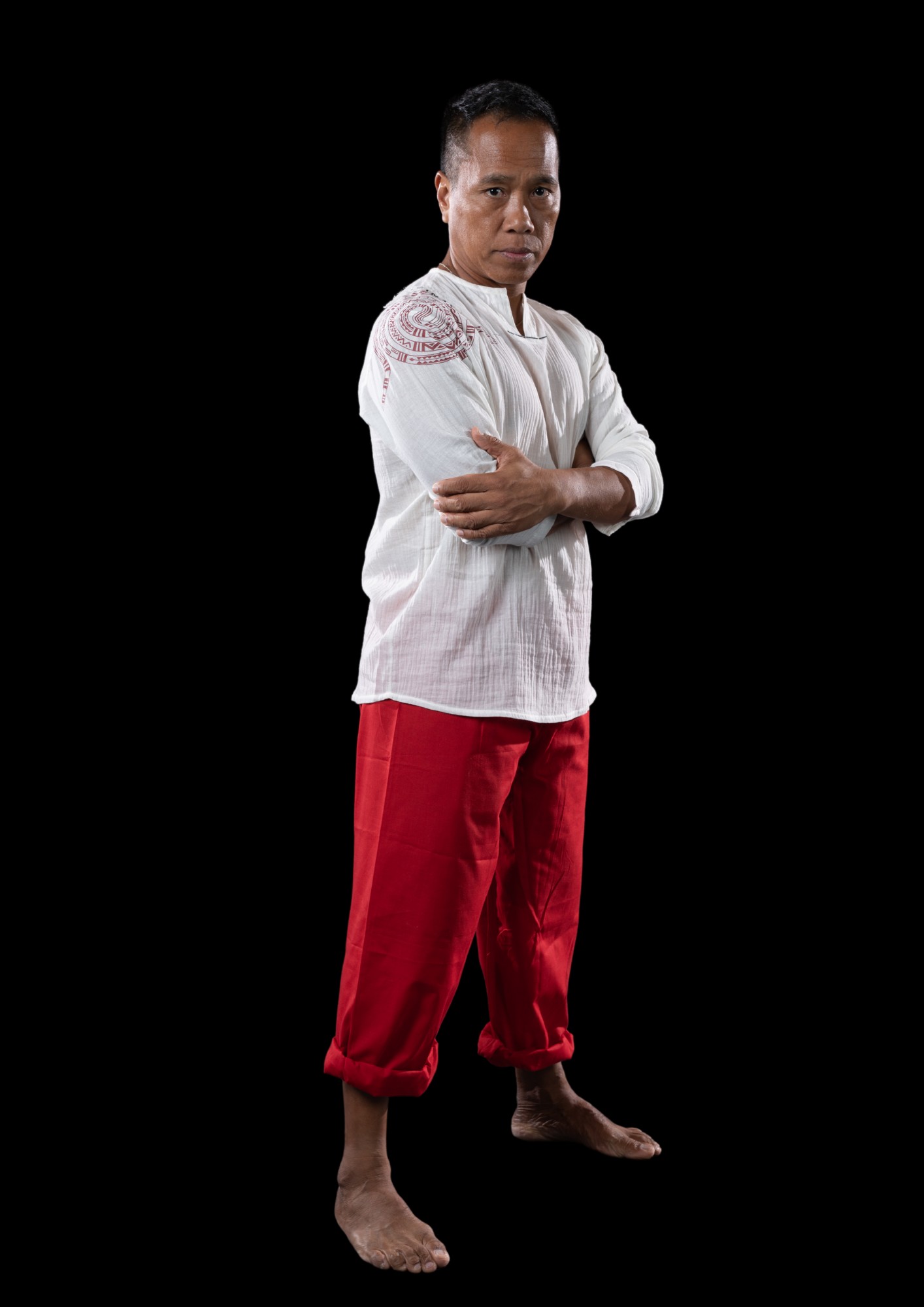 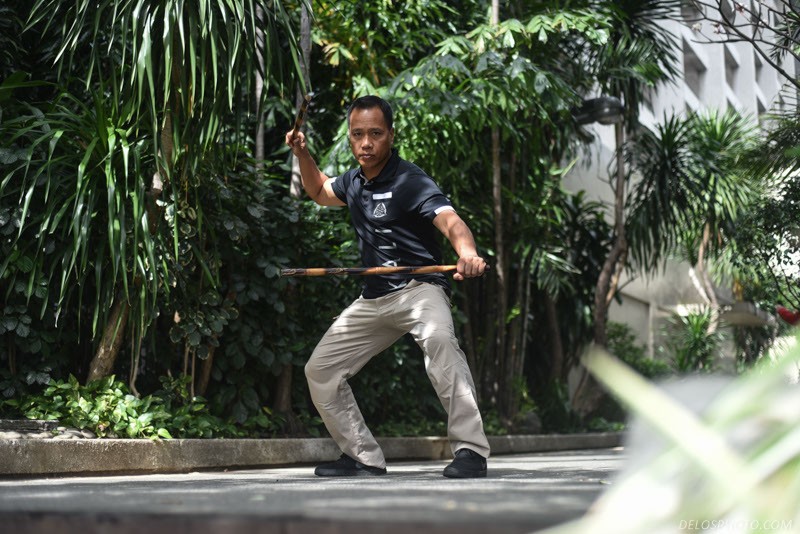 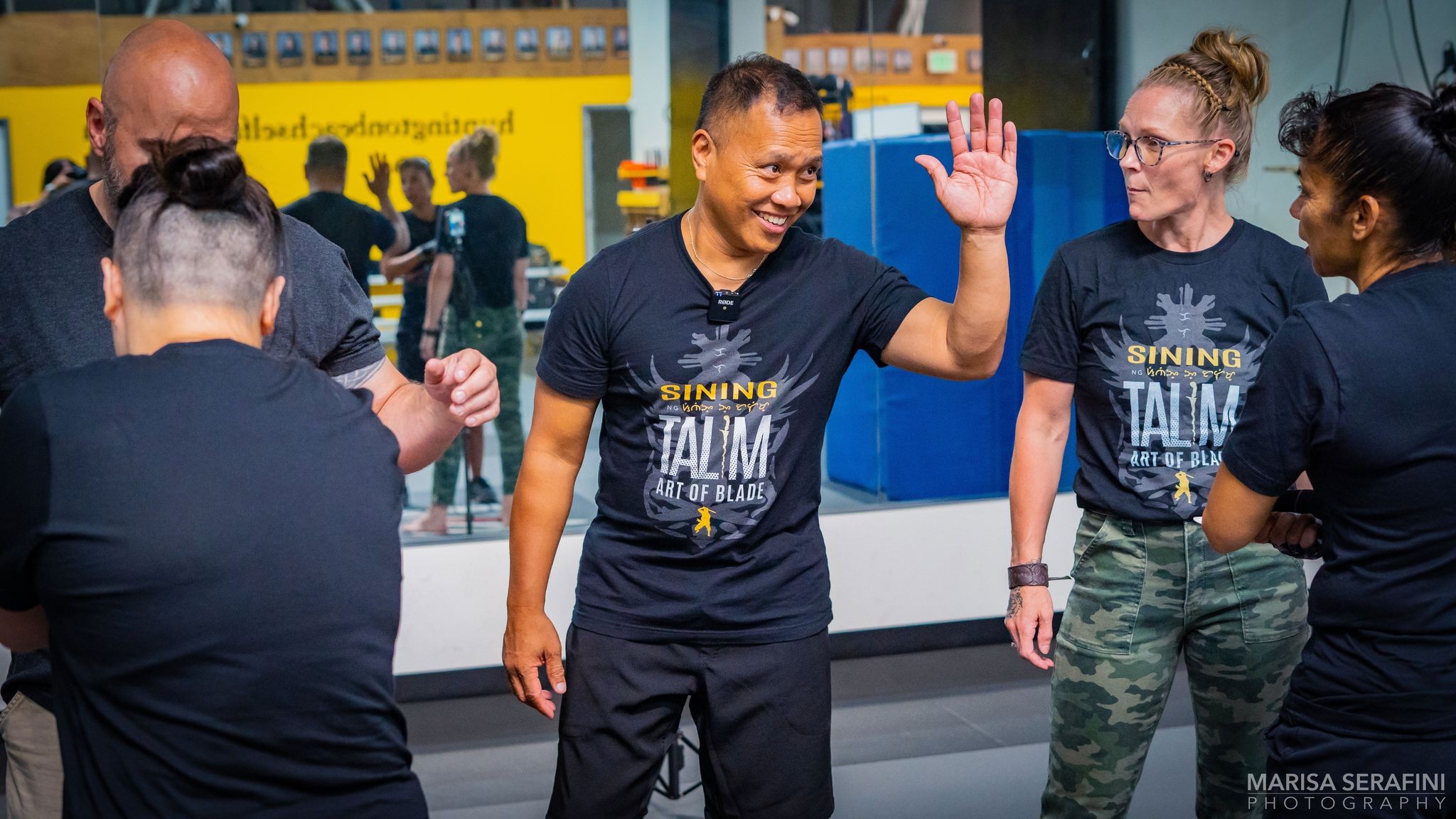 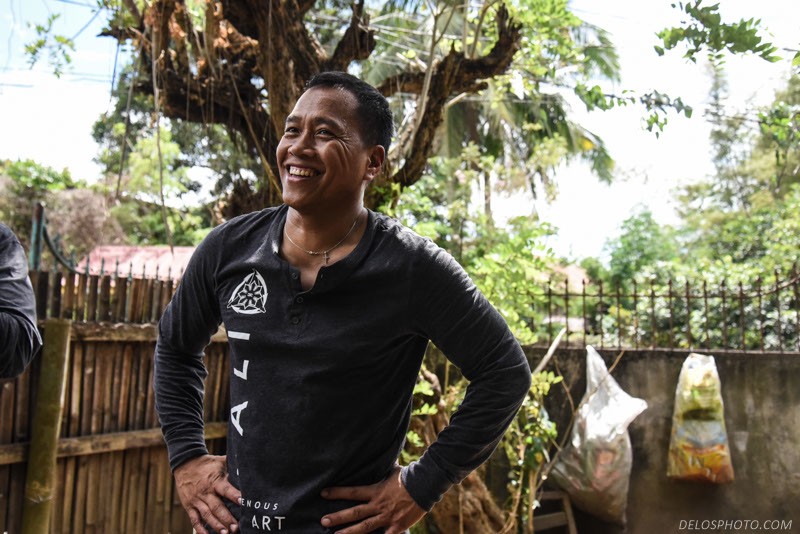