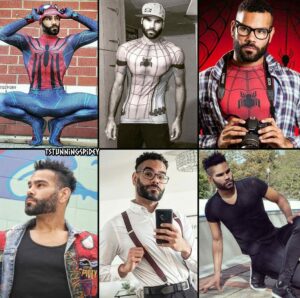 Today we’d like to introduce you to Tyler Hoover.

Hi Tyler, thanks for joining us today. We’d love for you to start by introducing yourself.
It initially started when I was five years old. My father was a huge Marvel comics fan and especially loved Spider-Man.

Almost in a religious fashion, he passed down his interest and views of the character to me.

Being a 90s baby, I witnessed the 90s animated Fox Kids Spider-Man show in its prime as well as watching the original Sam Raimi 2002 Spider-Man movie featuring Tobey Maguire on its premiere day coincidentally on my actual birthday of May 3rd.

Later into my teen years, I would learn how to breakdance and taught myself numerous acrobatic skills, which by the time I was 22, I would combine with cosplaying Spidey for youtube videos which I initially called “The Stunning Spider-Man” in 2012.

Things started snowballing as I started attending comic cons more and focused on my fitness which resulted in me losing 50 lbs in a month by rigorous cardio in the summer of 2013 to fit the Spider-Man aesthetic even more. I would create a youtube comedy skit team with my cosplay buddies Harry and Jerome called the “Web-Pool” featuring Spidey, Deadpool, and Venom, which had viral video success.

Around early 2015, I would become a sponsored Ambassador for the costuming company from Thailand called The RPC Studio, which would regularly create new Spider-Man suits for me to showcase on a monthly basis. Which paired with my BboyStunna youtube channel found viral success again with my suit showcasing and acrobatic videos.

Each year after, I would find success in some shape or form with my passionate portrayal of the web-slinger especially being a person of color myself I helped pave the way for many others to not feel confined by their appearance or ethnicity to stop them from cosplaying any character they loved.

My passion for consistent video & content creation on my social media lead me to gain well over 100k subscribers on Youtube and helped me become featured in various online news articles as well as national magazines such as Buzzfeed, ESPN, and MensHealthMagazine.

I also teach acrobatic pose/skill master class lessons at various nerd conventions such as Blerdcon in Crystal City VA. Even in recent years just in the summer of 2021, I was flown out and featured in an acrobatic breakdance routine as a Spider-Man-inspired character called “The Stunner” on NBC “America’s Got Talent” season 16.

My story combining my passions of breakdancing, comedy, and cosplay has been so thrilling and led me to experience so many surreal things in my life that I am so grateful for.

We all face challenges, but looking back would you describe it as a relatively smooth road?
I had to grow a tough skin early on to deal with haters or ignorant people who didn’t understand or agree with my portrayal. Some were likely even jealous of the success I was attaining which in turn created much hatred from many.

But even through that, I have a lot of positive reinforcements and supporters which outnumbered any negative.

Alright, so let’s switch gears a bit and talk business. What should we know about your work?
My 17 years of breakdancing skills, and my consistency with video editing which paired along with my love of cosplaying Spider-Man resulted in various videos and performances such as TstunningSpidey’s “The Stunning Spider-Man”.

I brought my own style and flavor to the mythos of the character as well as knocking down racial barriers portraying Peter Parker while being a person of color on a visual platform in a very unapologetic fashion.

What were you like growing up?
I was a huge nerd growing up.

I loved Dinosaurs (due in large to Jurassic Park coming out when I was a kid) DragonballZ, Digimon, Yu-Gi-Oh! and of course Spider-Man. I was a huge goofball which carried over into my adult life.

Even when I was young, I was a ham for the camera and would make silly skits with my sister Sierra or perform the “Men In Black” music video dance at family BBQs. 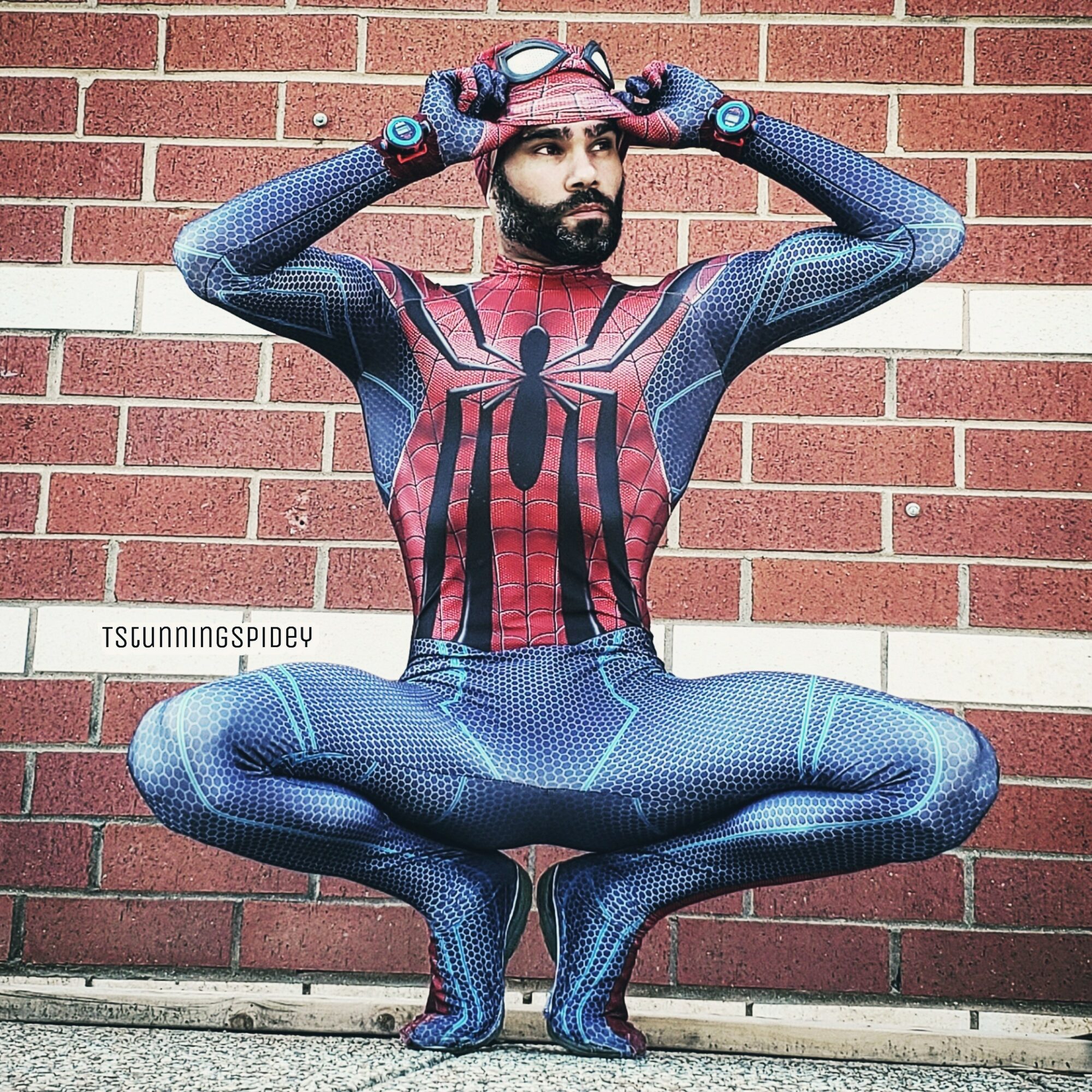 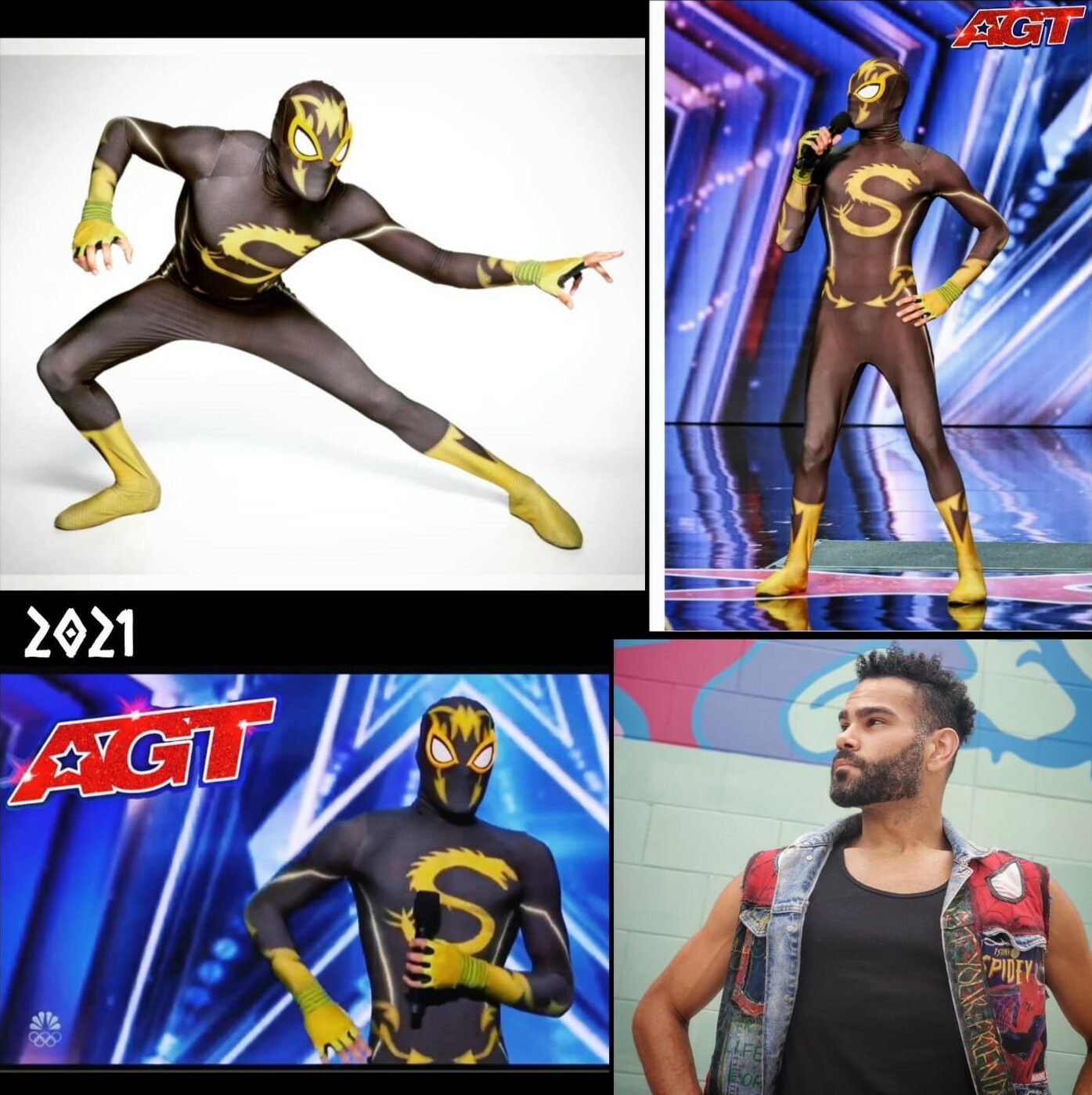 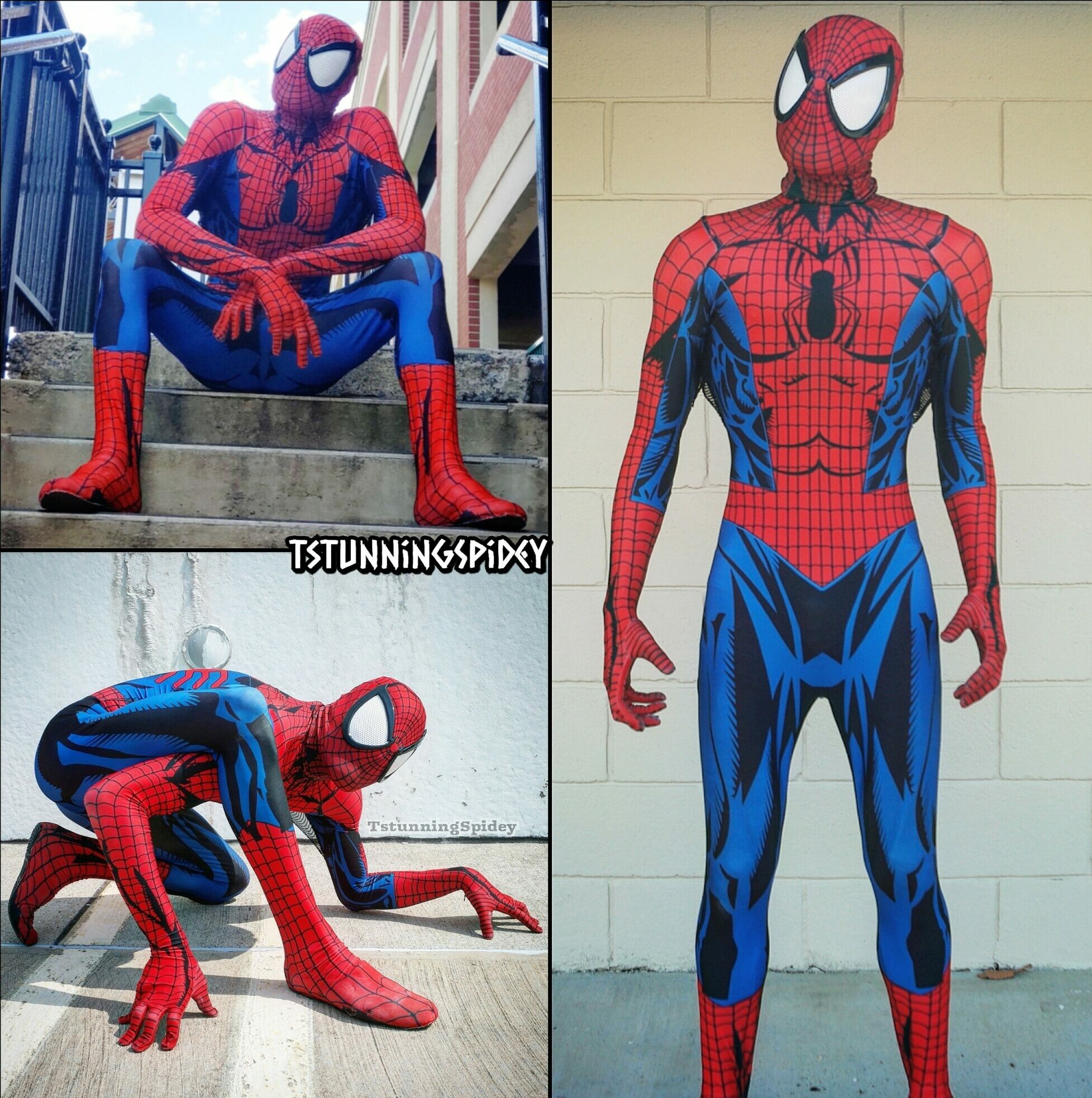 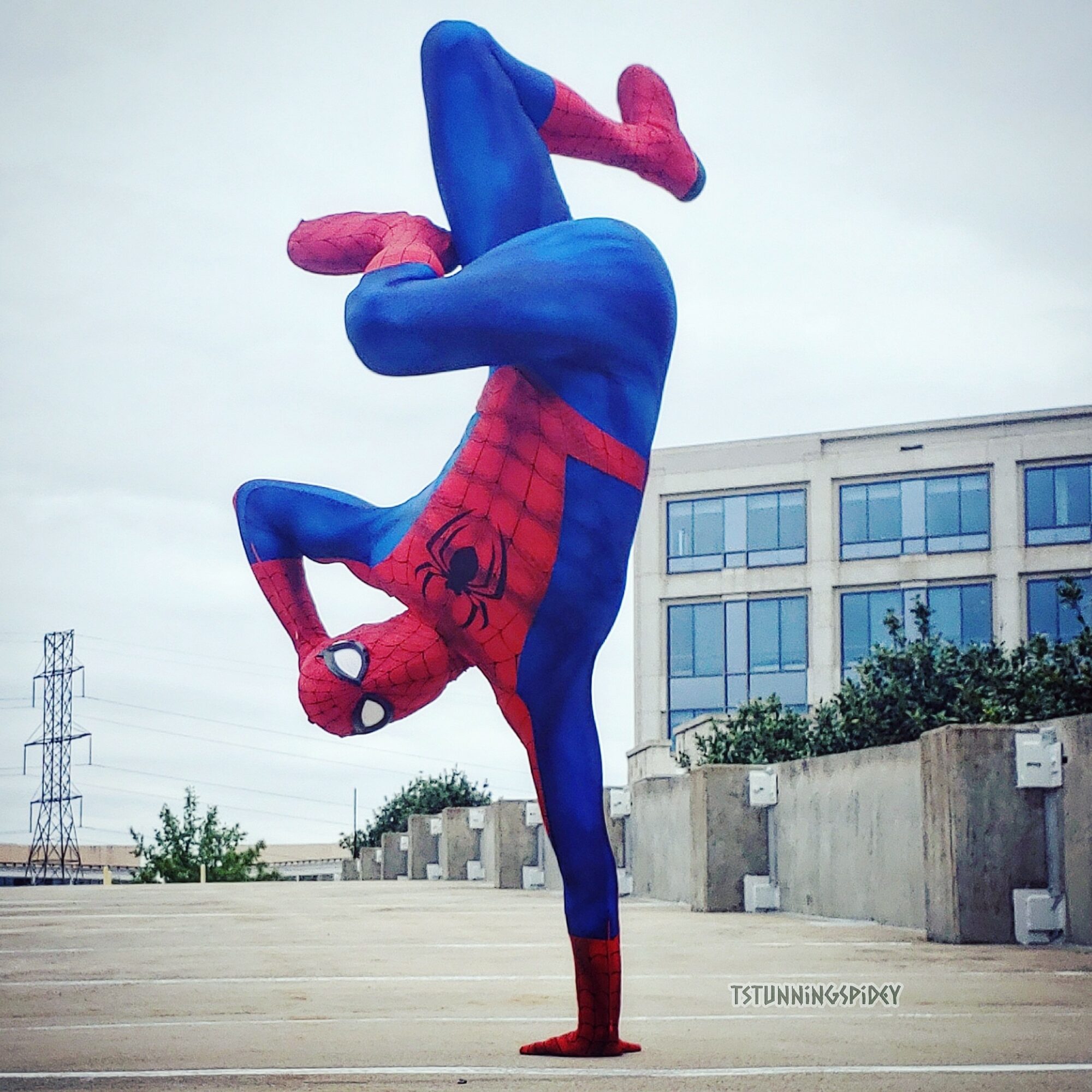 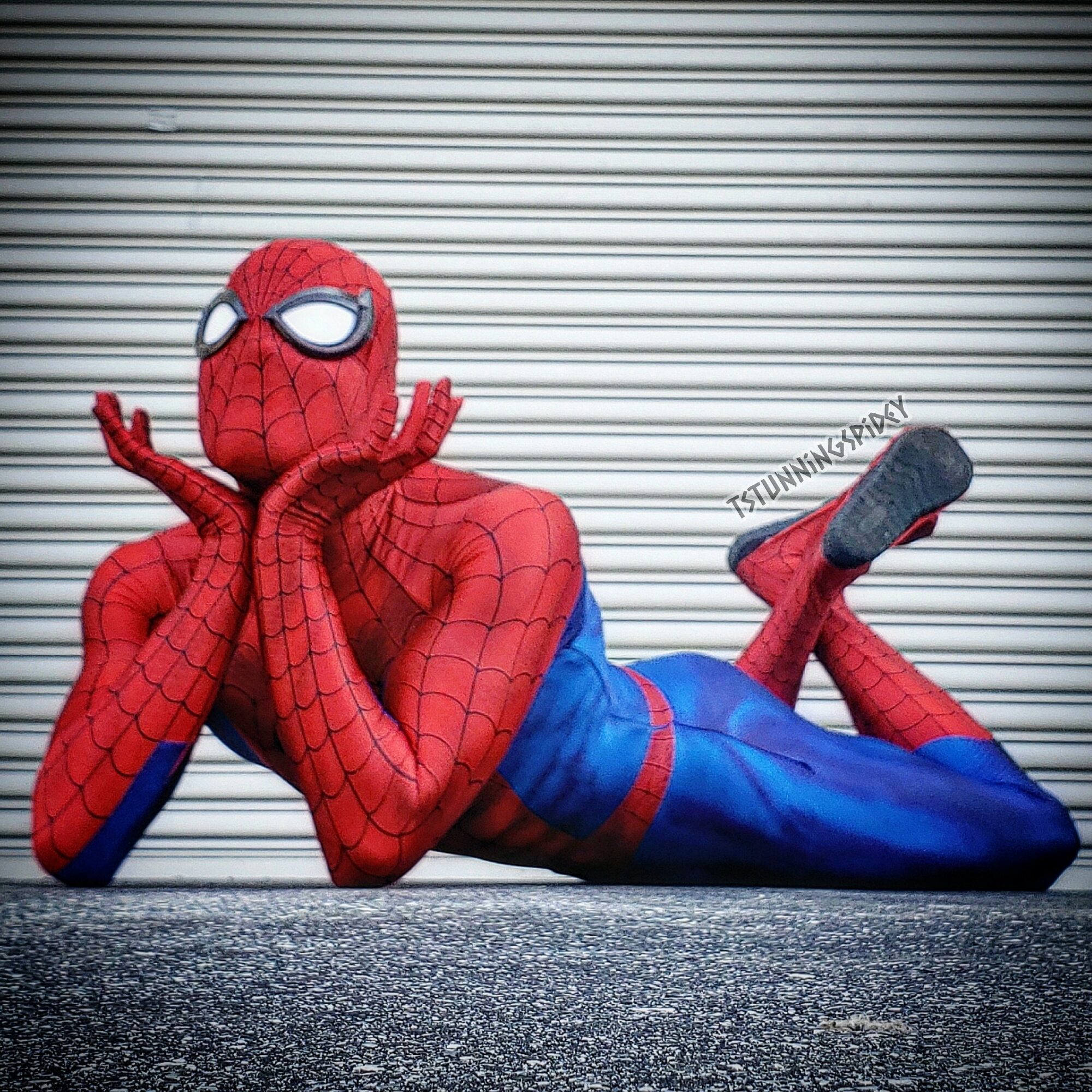 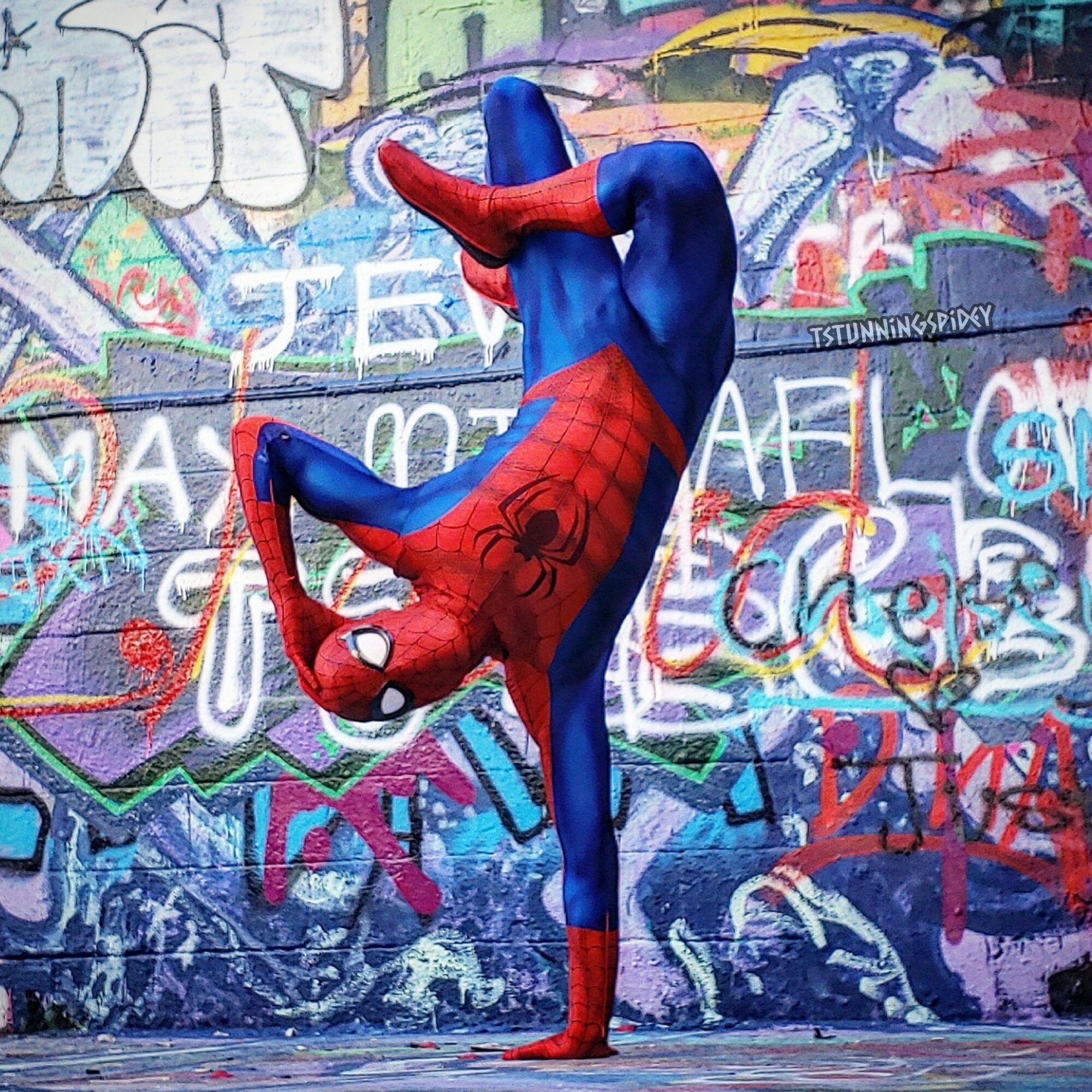 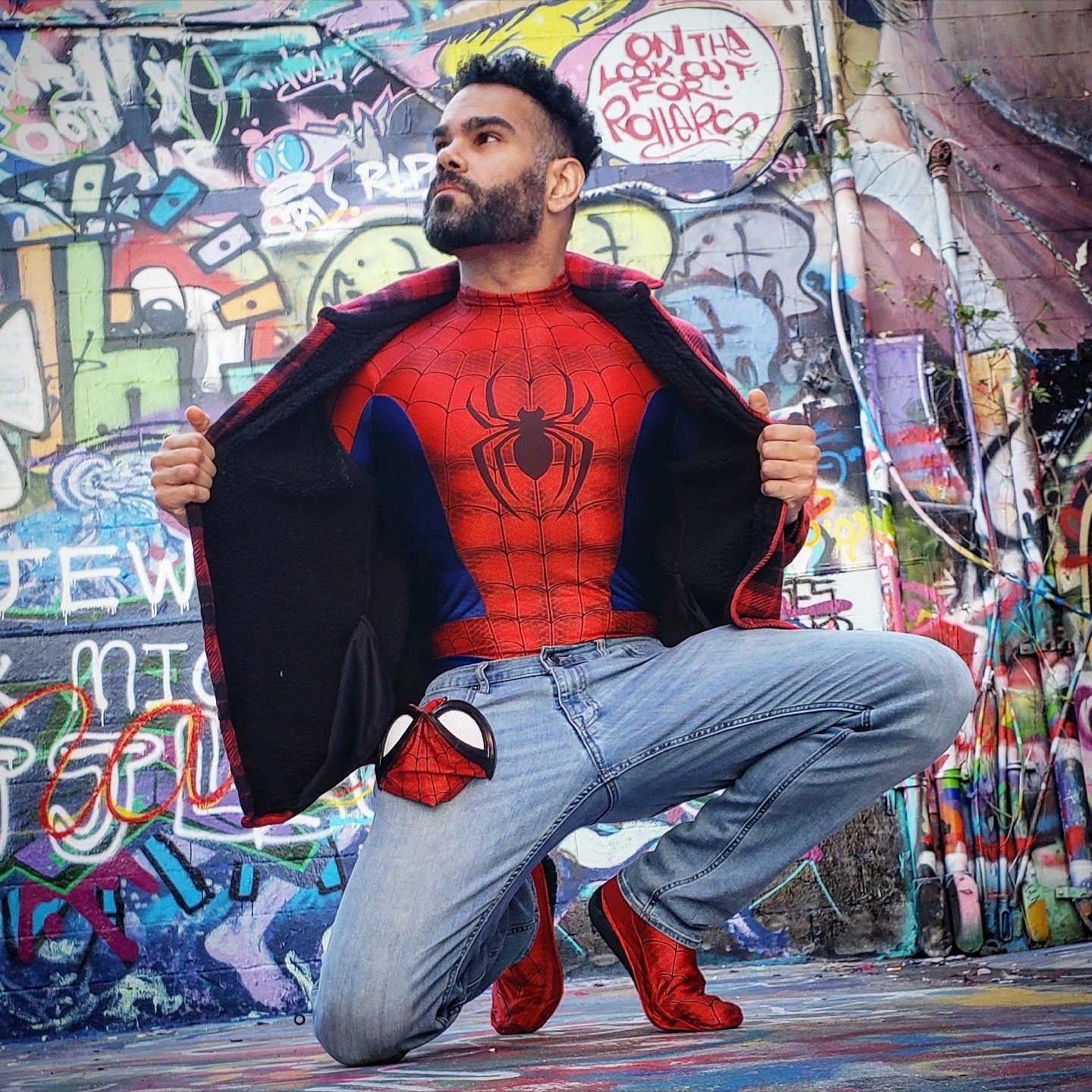 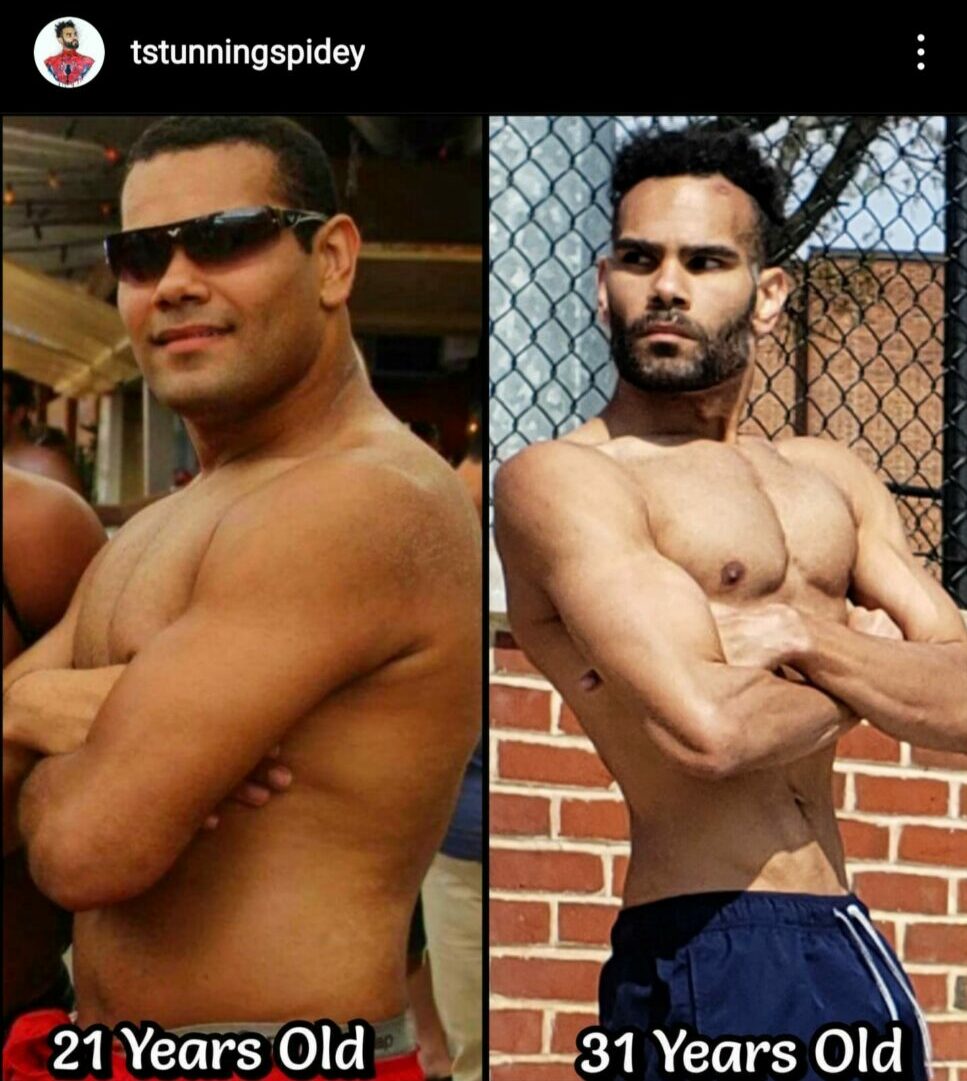