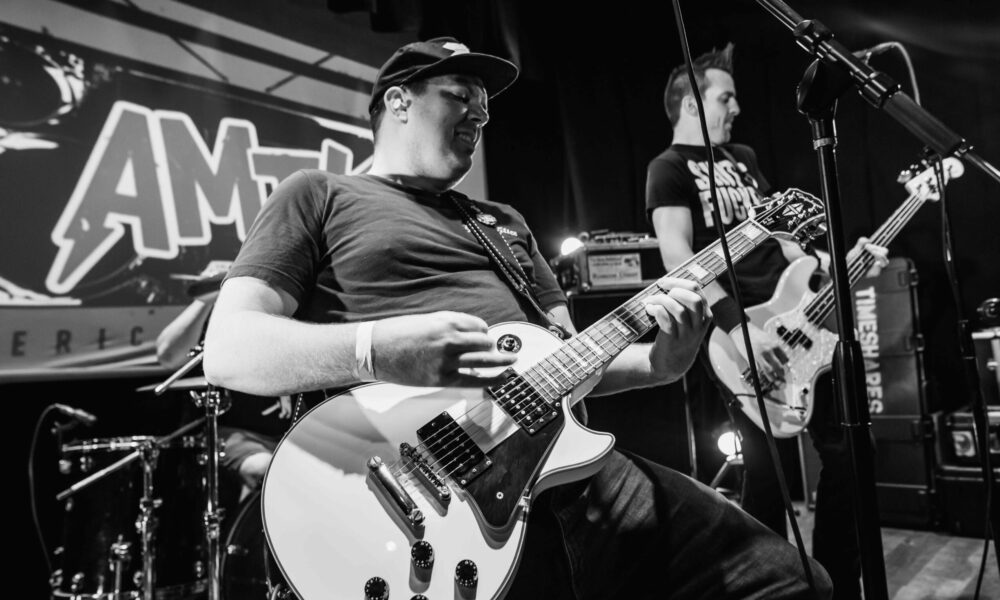 Today we’d like to introduce you to Steven Rovery. Them and their team share their story with us below:

Steve Rovery moved to the DC area in 2012, leaving behind the New York punk rock scene where he had been active since he was 15 years old. Through his years of participation in the DIY music scene, he learned through trial and error what it took to book a good bill, promote it, and run an event.

In 2014, Steve started a new band, American Television. Finding bandmates who shared the same goals and passion for local music took some time, but eventually, the band came together. He put his skills to work and built strong connections with artists and club owners curating bills around the city.

As American Television progressed, Steve saw an opportunity to bring together the local bands he had befriended with national acts under the moniker Breakin’ Even Fest. He pulled in American Television’s drummer, Bryan Flowers, and together they built a multi-day festival with only the hopes of “breaking even.”

2016 was the first year of the multi-day event, and over the last 6 years, it has adapted to changes in the music scene and the world. The festival even took on a live-hosted virtual format during the height of Covid-19 and raised $3,000 for NIVA Save Our Stages, a non-profit focused on preserving independent venues across the US.

September 16-17, 2022 will be the 4th live incarnation of Breakin’ Even Fest at Pie Shop located at 1339 H St NE, Washington, DC. It will follow a similar format as previous years with local and national bands, a nightly vinyl raffle, and a new addition – local stand-up comedy to kick off each night.

Steve and his co-founder, Bryan, incorporate the ethos of the DIY events they grew up on into the festival. Breakin’ Even Fest is all-ages, the acts are diverse, and when all is said and done, the event itself is affordable with two-day passes coming in at just under $40 to see 10 bands and 4 stand-up comics in a single weekend.

It is worth noting that every penny made goes back to the artists at the event; Rovery and Flowers are unique in that way. Even though their events are held at well-known stages in DC, they’re designed to celebrate art, friendship, and a history of DIY music that helped shape them.

I’m sure you wouldn’t say it’s been obstacle free, but so far would you say the journey has been a fairly smooth road?
Thus far, Breakin’ Even Fest has always worked out pretty smoothly. I’d like to think it’s because of all I’ve learned along the way as a musician and promoter.

I’ve dealt with everything under the sun that could make a live music event go wrong … technical issues, late bands, weather, miscalculations, and even having a venue close a week before a show.

But those are learning experiences and you have to think on your feet and make rational decisions to navigate them.

Alright, so let’s switch gears a bit and talk business. What should we know about your work?
My career path has complemented what I do in the music world. I’m a graphic designer and I can attribute my career path to my early days of making fliers for shows in the late 90s and early 2000s on a photocopy machine.

Without that experience, I’m not sure I’d have learned design software, attended design school, or landed marketing jobs early in my career.

My professional experience also informs how my band, American Television, and Breakin’ Even Fest operate – I know how to collaborate with artists, market my projects, and talk with folks on the business side of the industry.

Any big plans?
Breakin’ Even Fest is just around the corner, September 16-17 at Pie Shop in DC, so I have my energy focused there.

My band is also working on recording new music, so I’ll be connecting with record labels to see if there’s any interest in what we’re putting together. I have a vision forming for how we release this new music and hope there’s someone out there who will see it and want to partner with us. 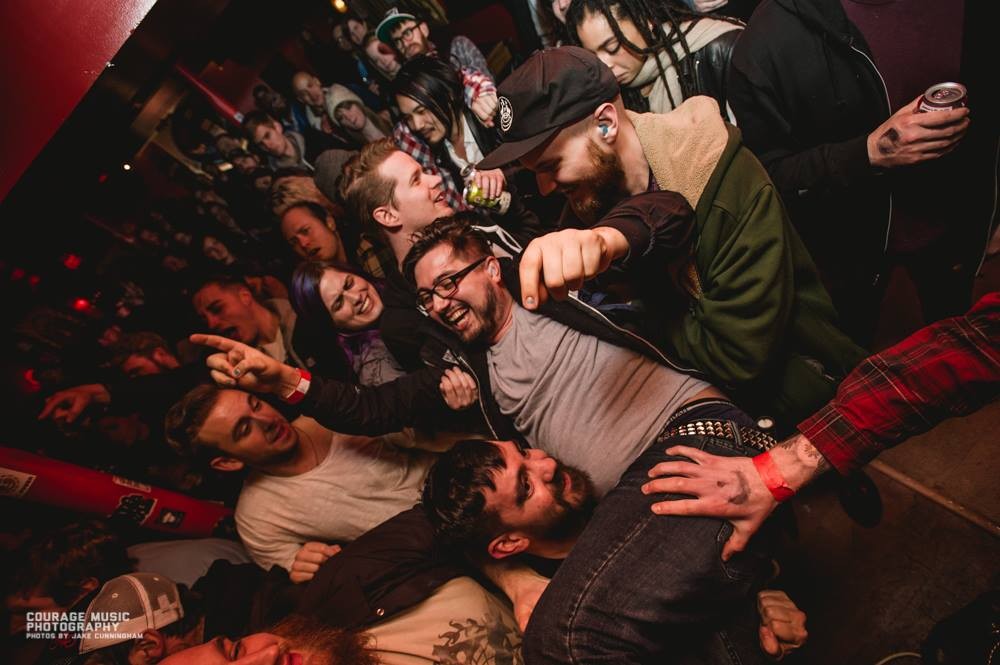 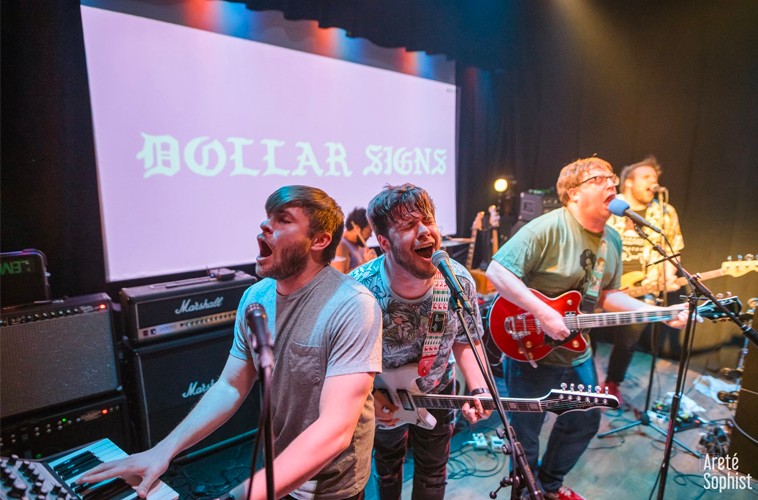 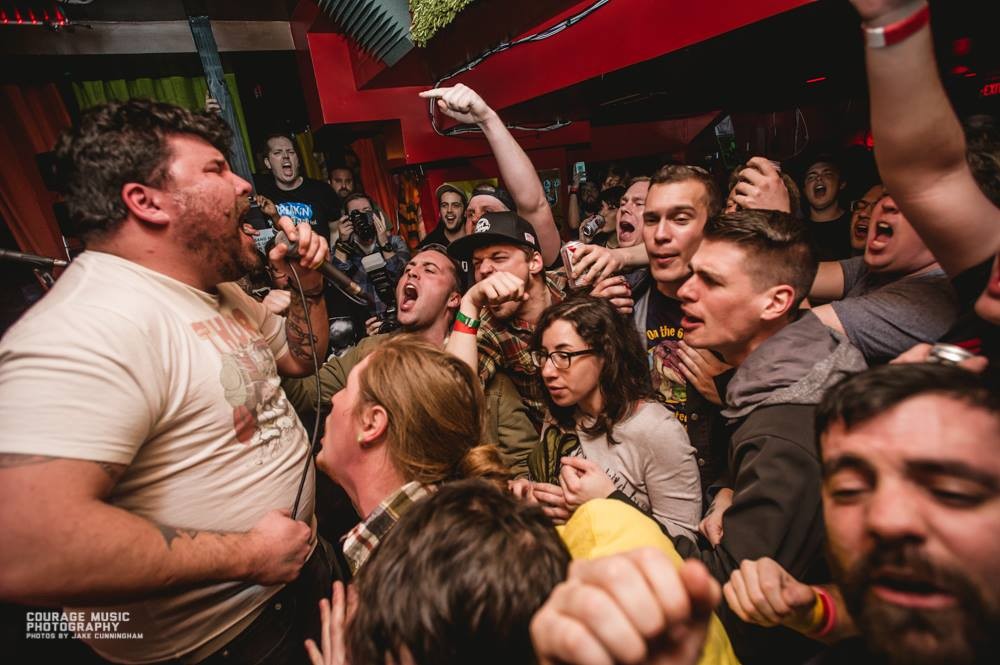 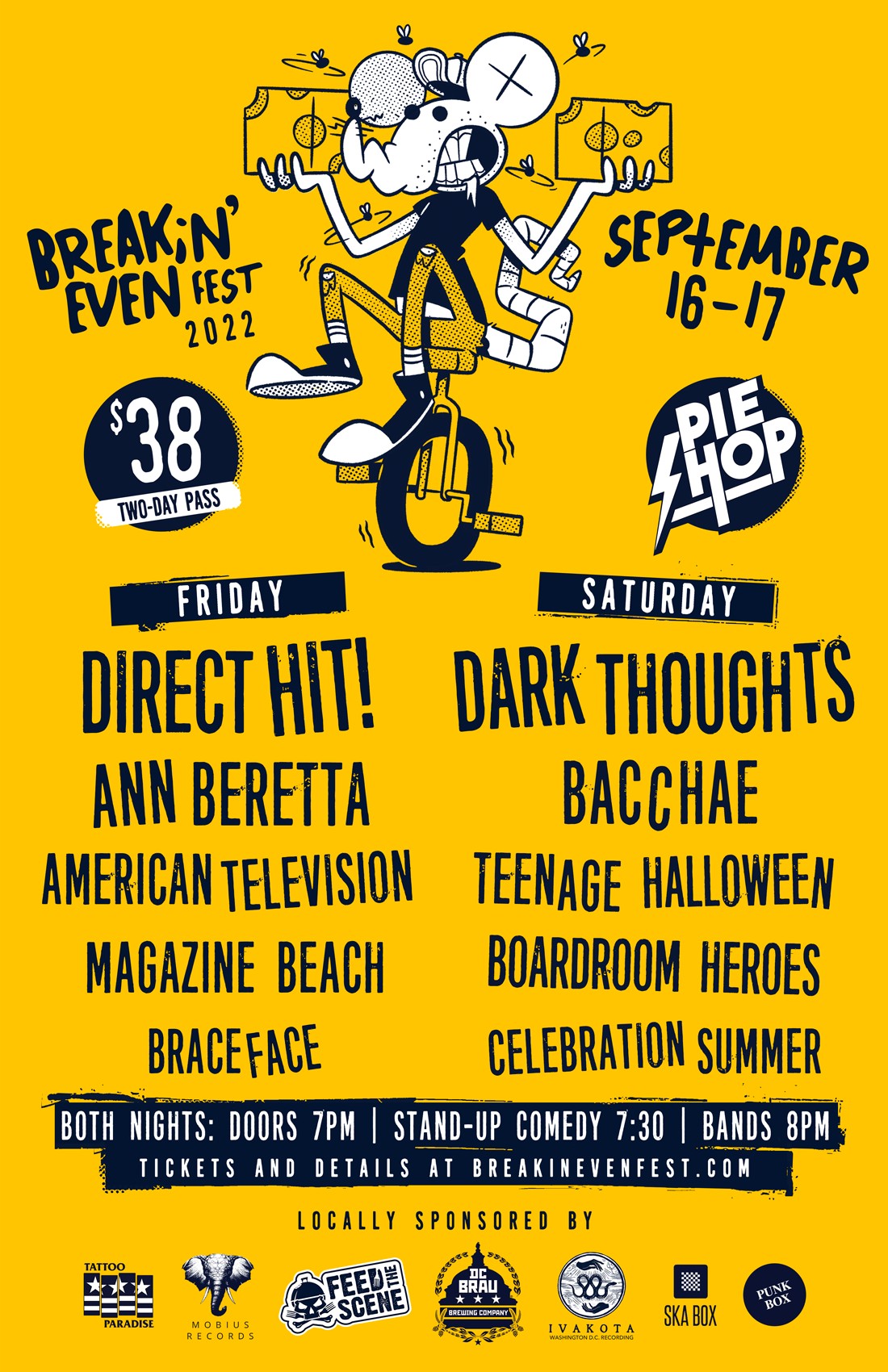 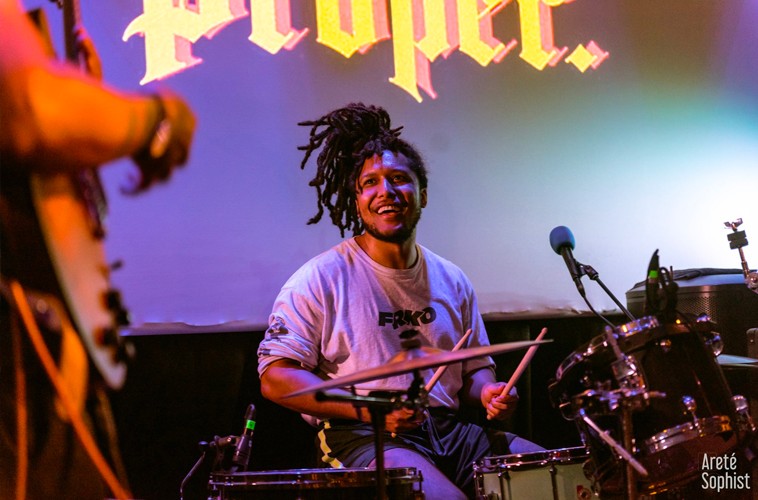 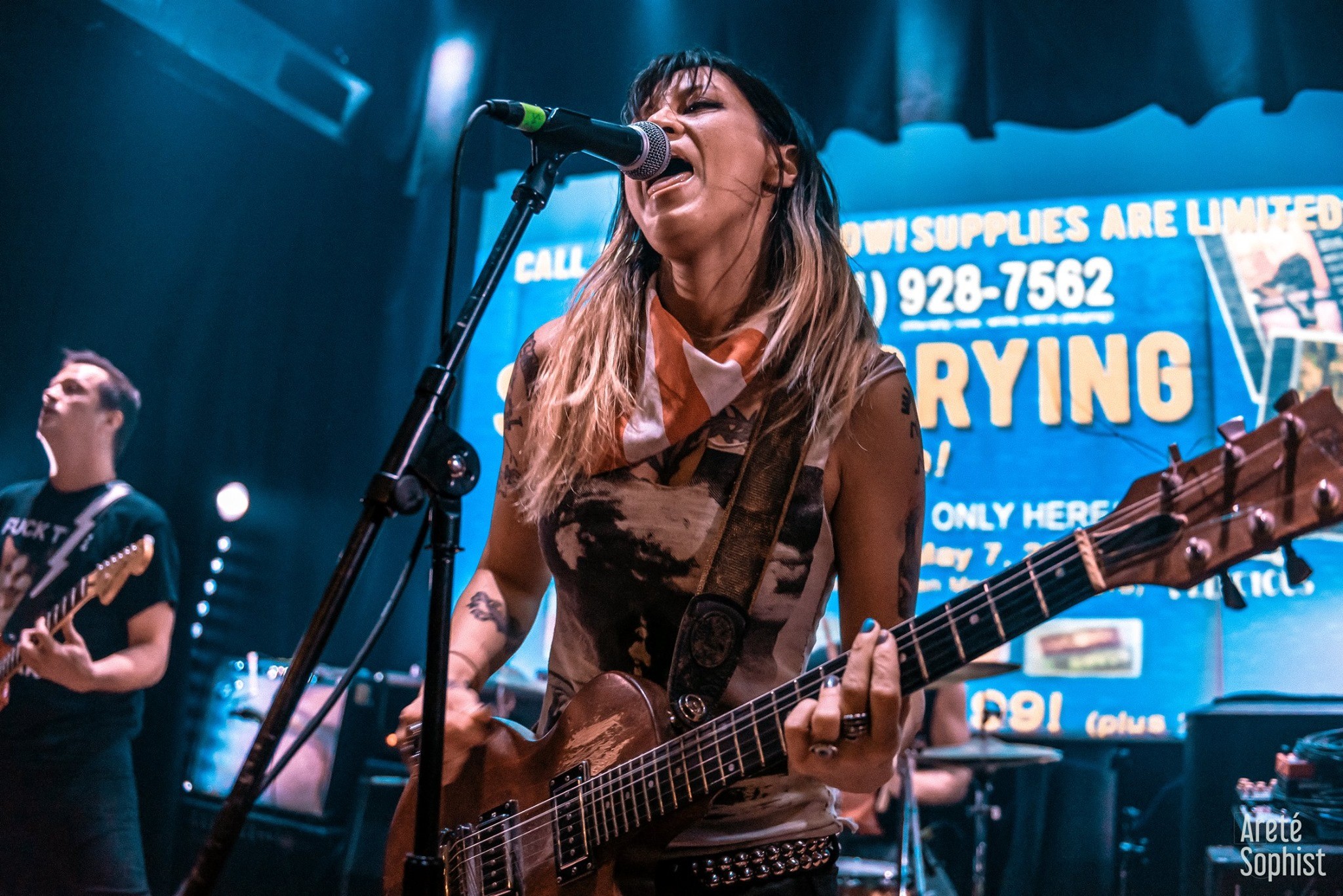 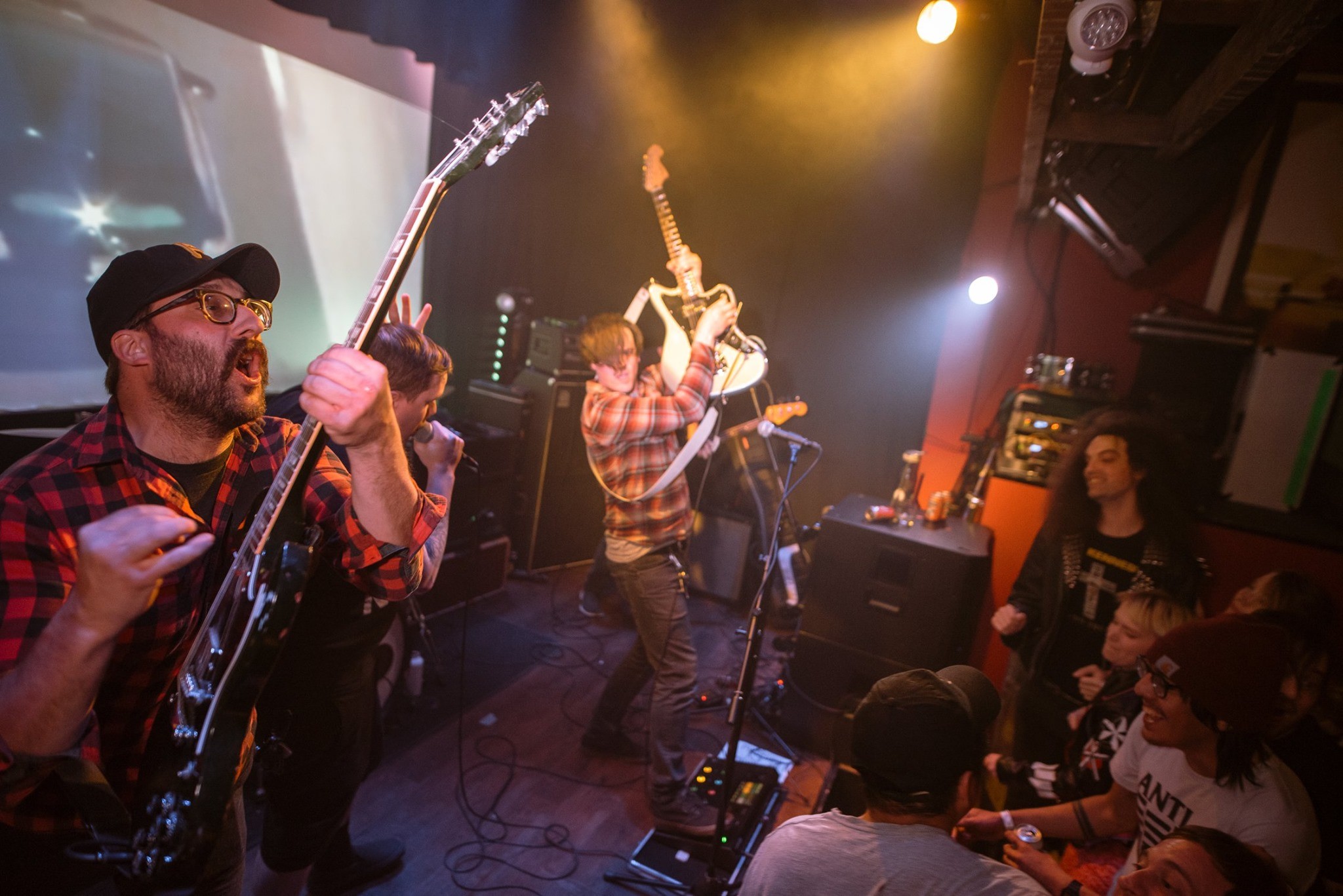 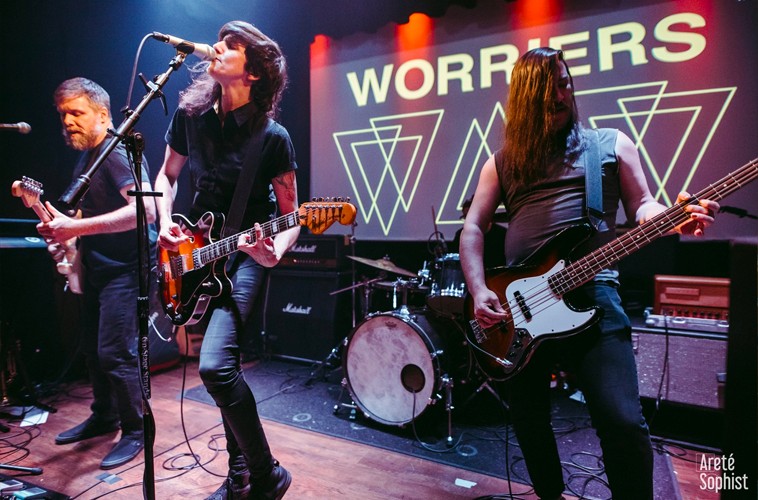