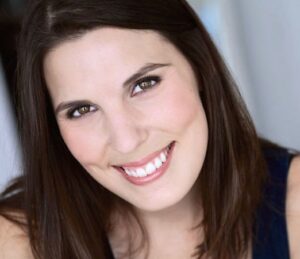 Today we’d like to introduce you to Joey Schaljo.

Hi Joey, please kick things off for us with an introduction to yourself and your story.
I have always been a performer. All through school, college, and even in my first few years of working, I would work during the day and do community theater at night. So it surprised no one in my family and my circle of friends when I decided to leave that secure job (with health insurance and a 401k) to pursue a graduate degree in Acting.

After receiving an MFA in acting from The Actors Studio Drama School at New School University (Remember that show “Inside the Actors Studio” on Bravo with James Lipton? That was the program I attended. Taping the show was a class we had to attend every other Monday night.) I found myself living in New York City, auditioning for everything and anything, and working three jobs to pay the bills.

My first small break came when I was hired to be the On-Field Host for the Staten Island Yankees minor league baseball team, a position I held for four seasons. This one live announcing job lead to becoming an announcer for the New York Road Runners, the organization that puts on all the races in NYC, including the New York City Marathon, which I’ve announced every year since 2008, and it also lead to my very first voiceover job.

It was this first voiceover job where I just felt something inside “click”. I knew that this was a path I needed to focus on and explore further. Even though I had just spent three years learning how to act for stage and screen, there was hardly any mention of voiceover in my graduate studies, so I signed up for a voiceover training program at an audio production studio to better learn the performance of voiceover and to make a demo.

While I was training at the studio, a job opening became available, and I spent the next five years as the head of the Training and Education Department. During those five years, I felt like I earned a Master’s Degree in voiceover! I learned about all the different genres (most people only think of cartoons and commercials, but there is also corporate narration, medical narration, eLearning, telephone systems, promo, audiobooks, and on and on!) and the different delivery styles of each. I learned all about the tech side of recording and editing and what you need to have for a studio to provide broadcast-quality audio.

Also, during those five years, I made my first voiceover demos and started building my own voiceover career and business on the side. This is when I really sharpened my auditioning skills, marketing skills, and learned the in’s and out’s of running my own small business. As my business slowly grew and grew, I finally reached a point where if I wanted to continue growing, I would have to step down from my day job and make the leap to full-time voiceover talent.

Which is exactly what I did in 2014. It was scary at first, getting used to the fluctuating income, knowing that I was guaranteed nothing and that I would be competing against potentially hundreds of other voiceover actors for every job. But I also loved the autonomy of running my own business, the pride I felt when I won those jobs, and the strong, lasting relationships I built with clients and producers. Each year my business continued to grow, with about 60% of my work recording from my home studio and 40% recording from studios around Manhattan. Then the pandemic hit.

With no one being able to go into a studio to record, 100% of the work went to remote recording at talent’s home studios, since that was the safest way to continue production. Thankfully I had one and could work through what soon became the flood of voiceover work that moved through the industry. Since no commercials were being shot on set, every commercial you saw at the beginning of the pandemic either used graphic animation or stock video footage… and voiceover. All training now had moved online, and what do you need to make that presentation more professional? Voiceover.

With everyone involved in the process, from talent to audio engineers, producers, and end clients, working from home and connecting remotely, the voiceover industry advanced ten years in about three weeks. No longer did it matter where you lived to be considered for work. Prior to the pandemic, most of the larger national work was cast and recorded only out of New York and LA. This is no longer the case. Casting directors and producers are much more open to hearing talent with broadcast-quality home studios from anywhere in the country. By August, it was clear to me that even when the pandemic lifted, the old days of casting in person or needing to go to a studio for a job were over.

The lease on my apartment was ending in September, and since I no longer needed to live in New York for work, I decided to take the opportunity to move closer to my sisters and their families in the DC area. So I packed up my booth and recording equipment and once again made a big leap. While I was adjusting to life owning a car and having a washer and dryer IN my apartment (both of which I had not experienced for the previous 17 years), my voiceover business barely even registered a blip. In fact, most of my clients didn’t even notice I moved until I brought my new mailing address to their attention on my invoice.

It’s now been almost a year since I made the move, and my voiceover business continues to flourish. And while some recording studios are starting to open back up, they’re mostly being considered as just another recording option for the talent, as opposed to a requirement. I continue to record jobs from home for major brands and am enjoying discovering the adventures my new city offers.

We all face challenges, but looking back, would you describe it as a relatively smooth road?
I don’t think anyone’s path through a career in the entertainment industry is a smooth one. The sheer volume of competition you face for every single job is enormous. The rate of rejection is incredibly high. You have to have a very thick skin and embrace failure every single day. Also, when you’re a solopreneur like I am, you are responsible for every part of your business. Marketing department? Me. Human resources? Me. Accounts Receivable? Me. IT? Me. Customer service? Me. Quality control? Me again.

It was and still is challenging to learn all these different aspects of running a successful business. But the good news is it’s a challenge I really enjoy.

Thanks for sharing that. So, maybe next you can tell us a bit more about your work?
I am a voiceover actor and live event announcer. The genres of voiceover I work in the most are commercial, corporate narration, eLearning, medical narration, and telephony. My voice and delivery are often described as warm, friendly, smart, and conversational and can be colored with tones of wit, sarcasm, humor, gravitas, authority, care, and when it’s really needed, a whole lot of polish and smile. I’ve gotten really good at saying things like “One day sale!” or “… talk to your doctor” without sounding super announcer-y.

I sound like the mom next door; the cool teacher you had in high school or college; the trusted, knowledgeable coworker; or the friend that keeps it real and tells you like it is. My voice can feel like a hug or a high five, or like the person who’s totally into it or totally over it.

A recent voiceover job that I’m really proud of was introducing NBC’s New Year’s Eve 2021 television broadcast (https://www.youtube.com/watch?v=d3SSVC58nNs). In the live announce space, I can be heard announcing events like the New York City Marathon, collegiate graduation ceremonies at Radio City Music Hall and Madison Square Garden, as well as various galas and award ceremonies. Here is a clip of me introducing Supreme Court Justice Ruth Bader Ginsburg at an event held in her honor at Columbia Law School back in 2018 (https://www.youtube.com/watch?v=tl5Bmr5RWgU).

Before we let you go, we’ve got to ask if you have any advice for those who are just starting out?
All aspiring voiceover actors should get training before jumping in. It’s a common misconception that voiceover is just “talking” and that anyone can do it. Voiceover is actually reading but not sounding like you’re reading, and that you’re just talking off the cuff, which is surprisingly more difficult than you think. Training will help you break out of those preconceived ideas of what a voiceover read should sound like, teach you how to take direction, and help you relax and sound like you. I would recommend working with several different voiceover coaches before starting your journey.

And also, let’s not forget that thick skin you’re going to need. You will face a mountain of rejection every day. Even I, someone who has made their living solely as a voiceover actor for the past seven years, don’t book at least 90% of the jobs I audition for. This industry takes courage, tenacity, adaptability, a positive attitude, and grit. 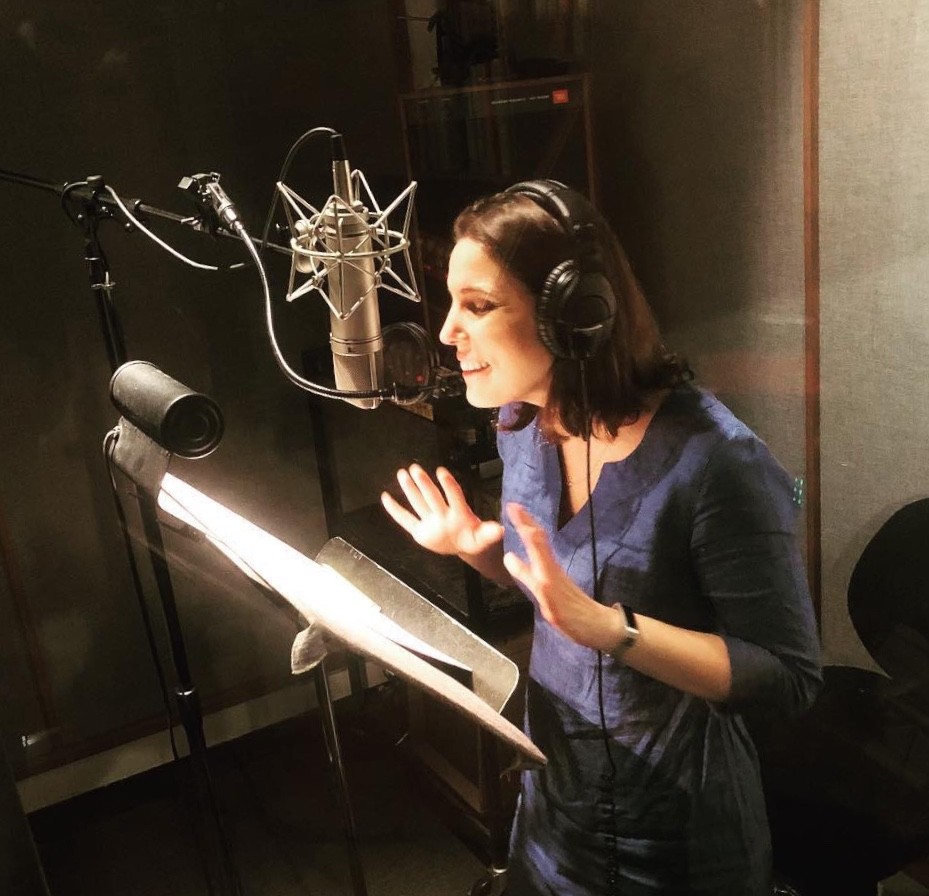 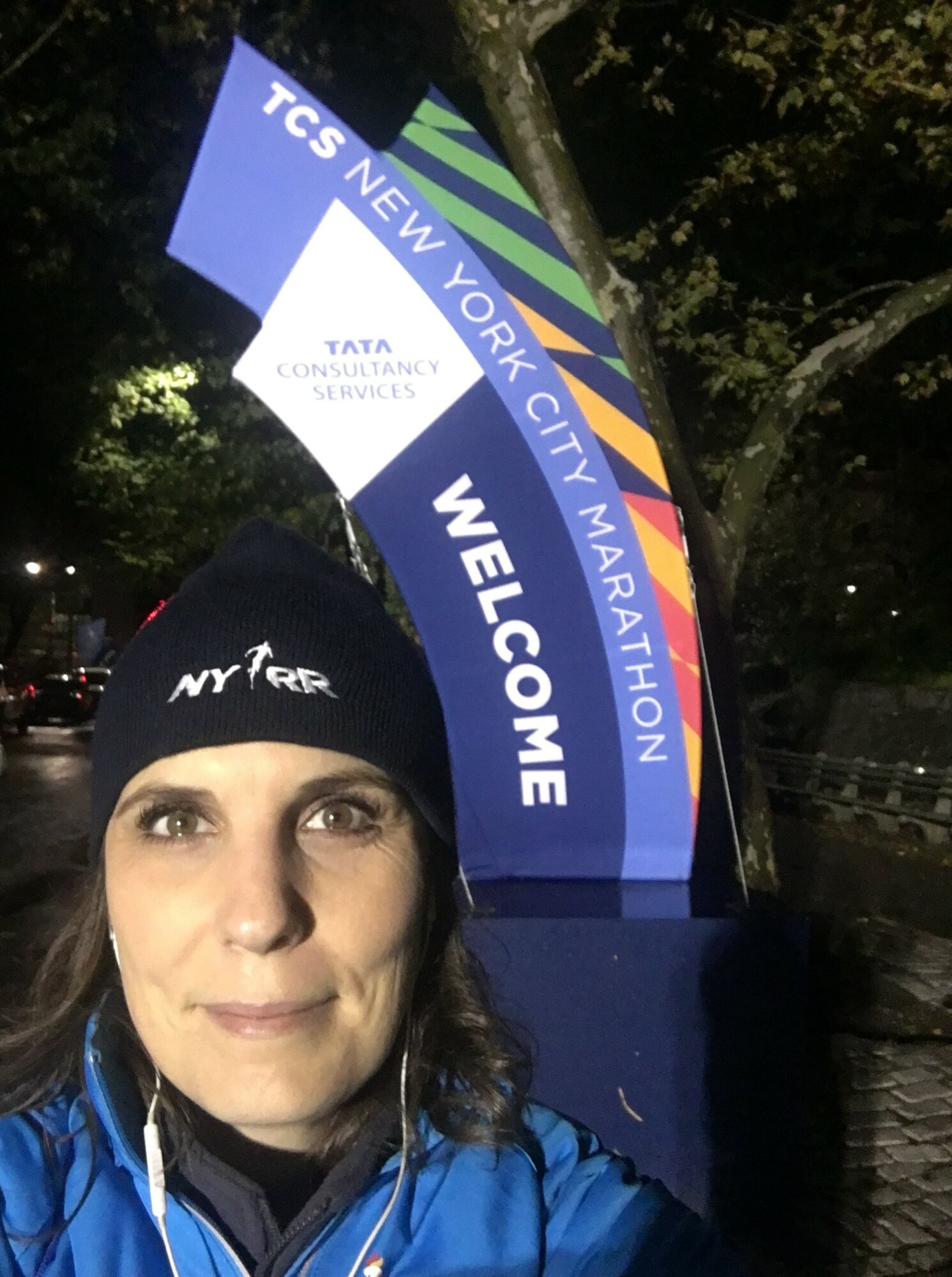 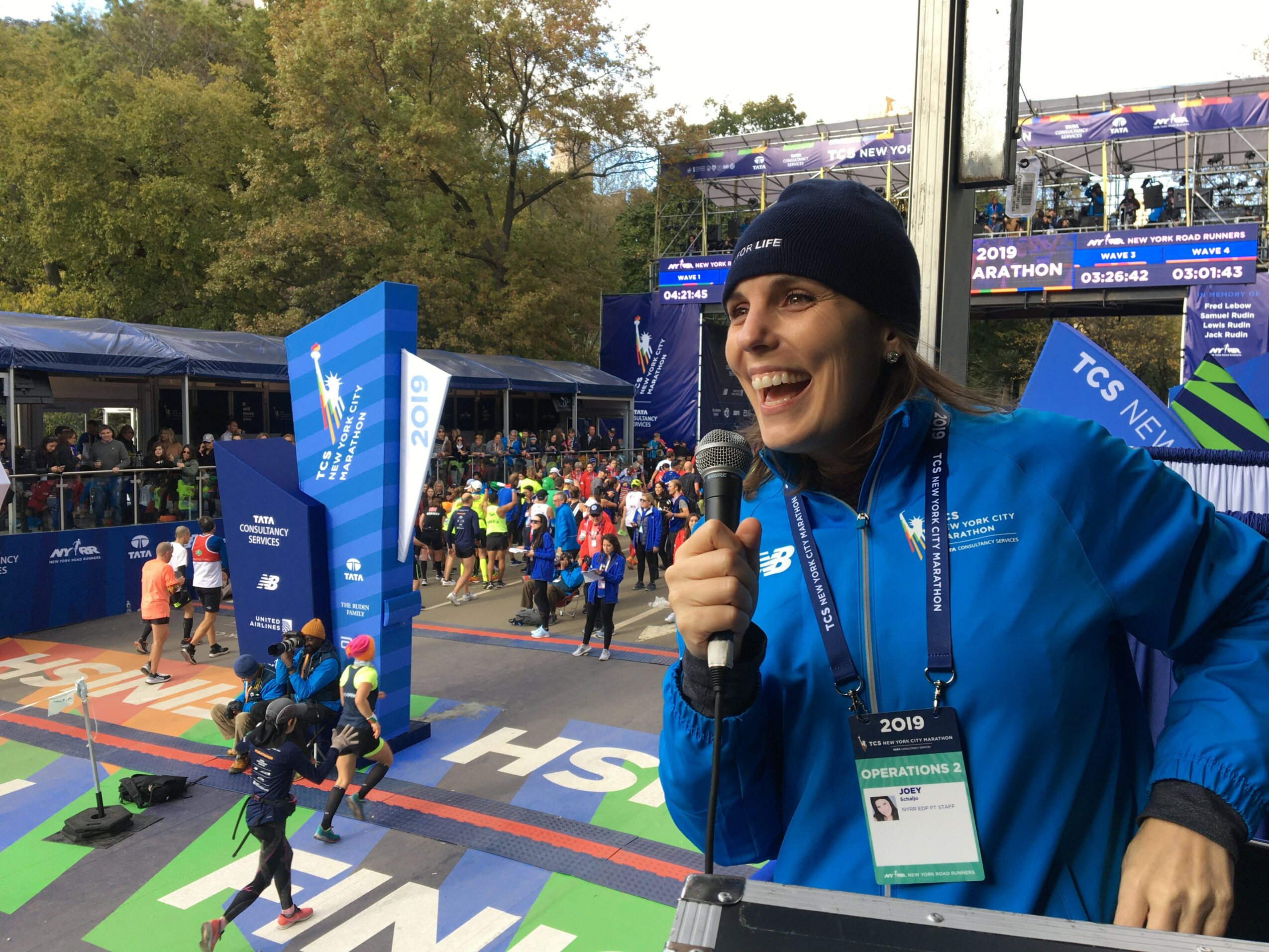 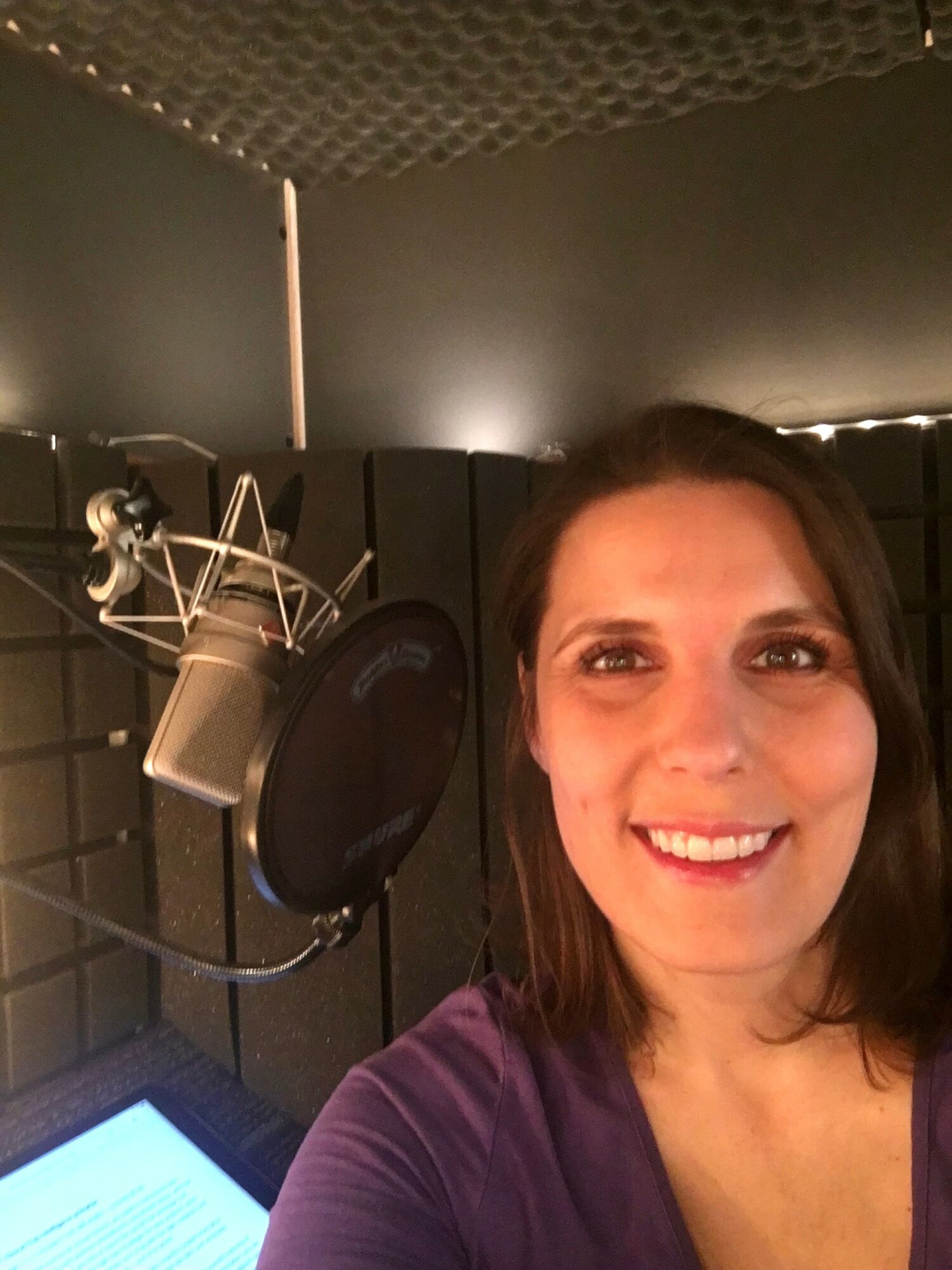 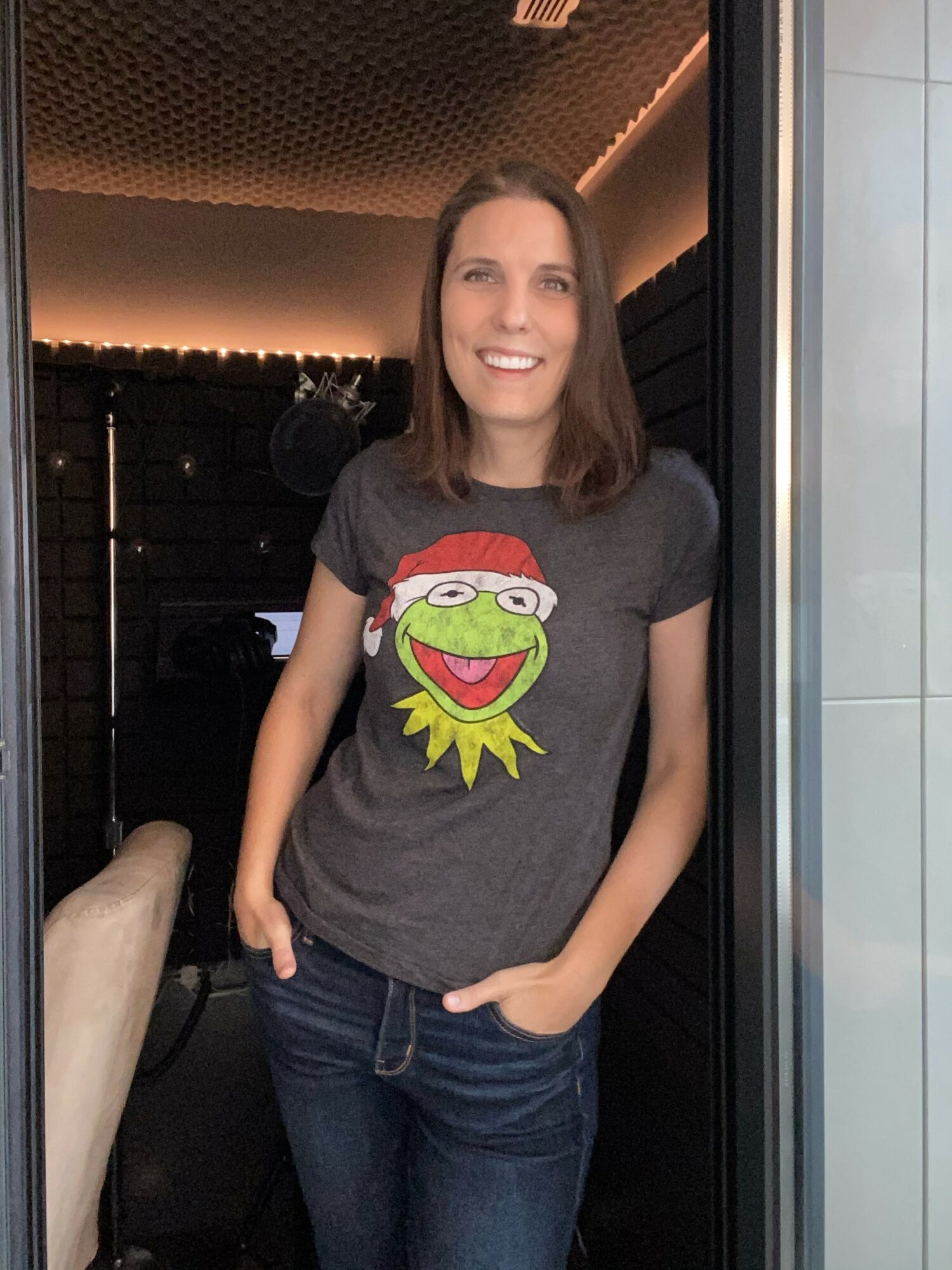 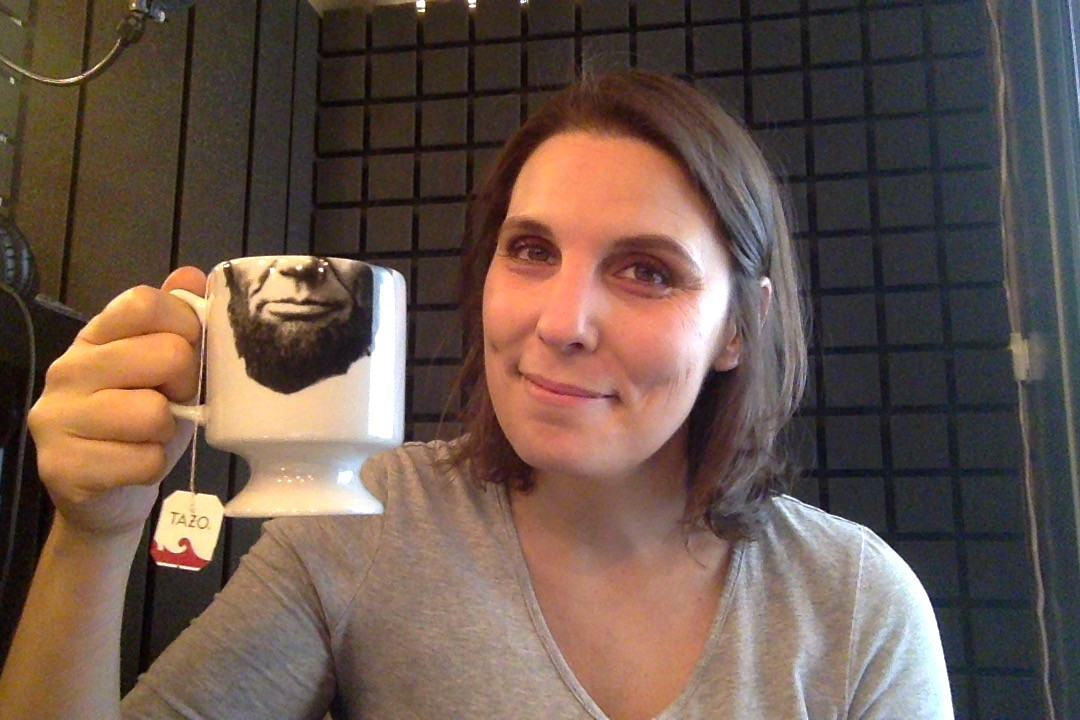