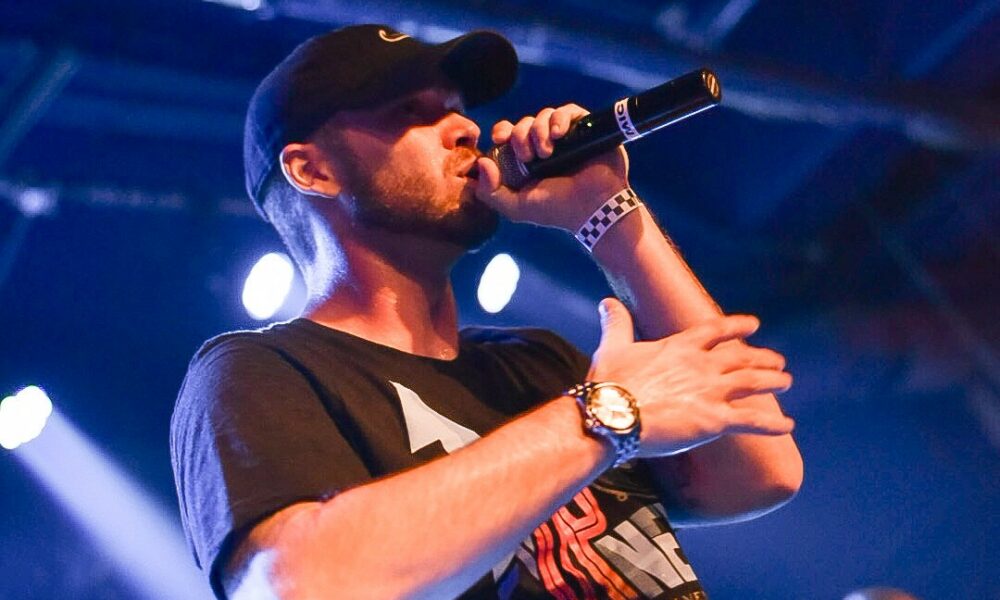 Today we’d like to introduce you to Greg Myers.

Hi Greg, please kick things off for us with an introduction to yourself and your story.
I had a question at the end of my senior year of college back in 2015, pursue professional baseball or figure out what I wanted to do with my life in this crazy world. After realizing that riding buses til I was 30-35 pursuing baseball wasnt the route I wanted to take, I found music after a crazy 2015 summer. One of my friends had just moved back from college and we were starting to party a lot that summer. He would put together live sounds with his keyboard and equipment and play live for our parties. He asked me to hop on the mic one night and after the audience was screaming encore, I knew this is what I wanted to do with my life.

I found my writing niche back in 2003 (8th grade) after I started writing lyrics. Poems and short stories. I kept writing throughout my teens and my early 20’s as a hobby while pursuing baseball. Of course, it wasnt until this summer of 2015 that I decided to turn my hobby into a career. I went on Amazon, bought some recording equipment and started recording myself. I stayed up every night for almost a year straight, studying youtube videos while learning how to mix myself and master my craft of writing. After releasing 30 or so songs on SoundCloud, I was introduced to a local engineer who saw a lot of potential in my music. We started working with each other, recording and mixing in a real studio. We released my first studio project titled “Here to Stay” in March of 2017. The first song of the project, “Ready Or Not” was picked up by a huge gaming channel on Youtube titled “Top Kek” and was included in a video that saw 7 million views in three days. Ready or Not ended up skyrocketing on Spotify and Apple Music, setting the tone for what was to come. I started doing shows in 2018, booking opening gigs for artists such as Ace Hood & Da Kid Emm.

I released my first studio EP in January of 2018 called “StruGGle,” and my second studio album in December of 2018 called #Grindseason. One of the singles off #Grindseason called “Blackout” ended up winning one of four spots on “Promoting Sounds” Christmas competition that same year. Promoting Sounds is one of the biggest promotional channels for all upcoming music artists and the fact that my Instagram fans were the sole reason we won says it all, I have the best fans in the world! 2019 was a very up and down year. I had some personal setbacks in my life that really took a toll on me and my music. After releasing a combined 51 songs from 2015-2018. I only released three total songs in 2019. The first of the three, “Like That” ended up becoming still to this day my top streamed song. It’s sitting at 250,000 streams alone on Spotify and if you total up all the other streaming platforms, its extremely close to half a million overall streams.

I performed three out-of-state shows in 2019, driving 13 hours up in a packed minivan to Chicago, IL. We also made the trip up to Arlene’s Grocery and put on one hell of a show for New York City and rocked the Songbyrd out down in Washington D.C. in front of a great crowd. These 2019 out-of-state shows, followed by gigs at the Ottobar and Soundstage in downtown Baltimore, have transformed me into a monster on stage. I’m so comfortable in front of crowds it’s almost scary how natural it is to me. I love performing for my fans and any one of them will tell you that. In 2020, I released eight songs, 3 of which were features for other artists, and two of which were tribute tracks to family members that I had lost during the previous year. I started my own independent label called “Up Next Entertainment” in the summer of 2020 and released my first song, “My Story” thru my indie label in October of 2020.

With COVID killing shows, I recorded two separate albums in 2020. The first of which I scrapped for singles and will be releasing those songs periodically over the next few years. The second of the two albums is releasing July 30th of this year, titled “Straight Outta Coronacation.” This album is my first project, both produced by only one producer and consisting of zero features. The entire project is just me and the producer (Balloon Beats of Boston, MA). I released three singles off of Straight Outta Coronacation, “Rockstar” in January of 2021, “Roll One” in April of 2021, and “5 A.M.” in June of 2021. “Roll One” was picked up and sponsored by a huge Maryland medical cannabis brand/grower/dispensary, “Culta.” We released the song with a video shot at Culta’s grow facility on April 20th and haven’t looked back since. Receiving this sponsorship was a huge boost to what we already knew here at Up Next Entertainment, we’re FOR REAL!

Would you say it’s been a smooth road, and if not what are some of the biggest challenges you’ve faced along the way?
Definitely not smooth, the fact I didn’t know anything about music other than writing when I first started out, was a huge speed bump to overcome. If it wasn’t for my persistent and never give up attitude, I would’ve given within the first month, mixing music was incredibly hard. Learning how to properly record was also a struggle, something I contribute to one of my engineer’s Terry for teaching me. The biggest struggle along the way has been trying to figure out how to properly promote/market myself in this always changing/evolving music industry. Also a big struggle for me when I first started doing shows was getting local fans to come out. After “Ready or Not” took off on Youtube, a lot of my fans were now outside of Baltimore, with the California being one of the hotspots in my analytics. I ended up booking a show out in LA for mid 2020, only to have the opportunity crushed with COVID.

As you know, we’re big fans of you and your work. For our readers who might not be as familiar what can you tell them about what you do?
I go by the stage name Double G. I make conscious hip hop music. Conscious being the key word. I don’t like to speak on “cool” topics like guns drugs women, etc, rather I like to speak on real life topics such as social issues, politics, and things that are important to me and my family. I’m known for being an excellent story telling artist. I’ve been told my songs paint vivid pictures of stories for the listener, drawing them to want to listen to more songs. I’m most proud of my growth. If you listened to my very first single I released in 2015, compared to what I’m releasing in July, you’d say it was two totally different people, I’d say it was five years of constant hard work! What sets me apart from others is my work ethic, I’m always doing SOMETHING to better my brand and my music. I’m consistently putting in extra hours, consistently taking this very seriously, and it shows in what I’ve been able to accomplish on my own. In my five years of doing music, I’ve seen a bunch of people become “artists” just to give up within a months or a year. My persistence is par to none.

Is there anything else you’d like to share with our readers?
I was published in my first magazine during January of 2021 called the “THICKK” Magazine by Innova X, whom is based out of Chicago, IL. I was published on two different pages in the magazine and was named the Innova X “Artist to Watch” for 2021. I also started my own online merch store www.shopdoubleg410.com in the fall of 2020, and have been selling my own merch directly to my fans and supporters. Fans can expect to find anything from CD’s to shirts/hoodies, stickers, masks, etc. We are looking to expand our merch in 2021-2022. 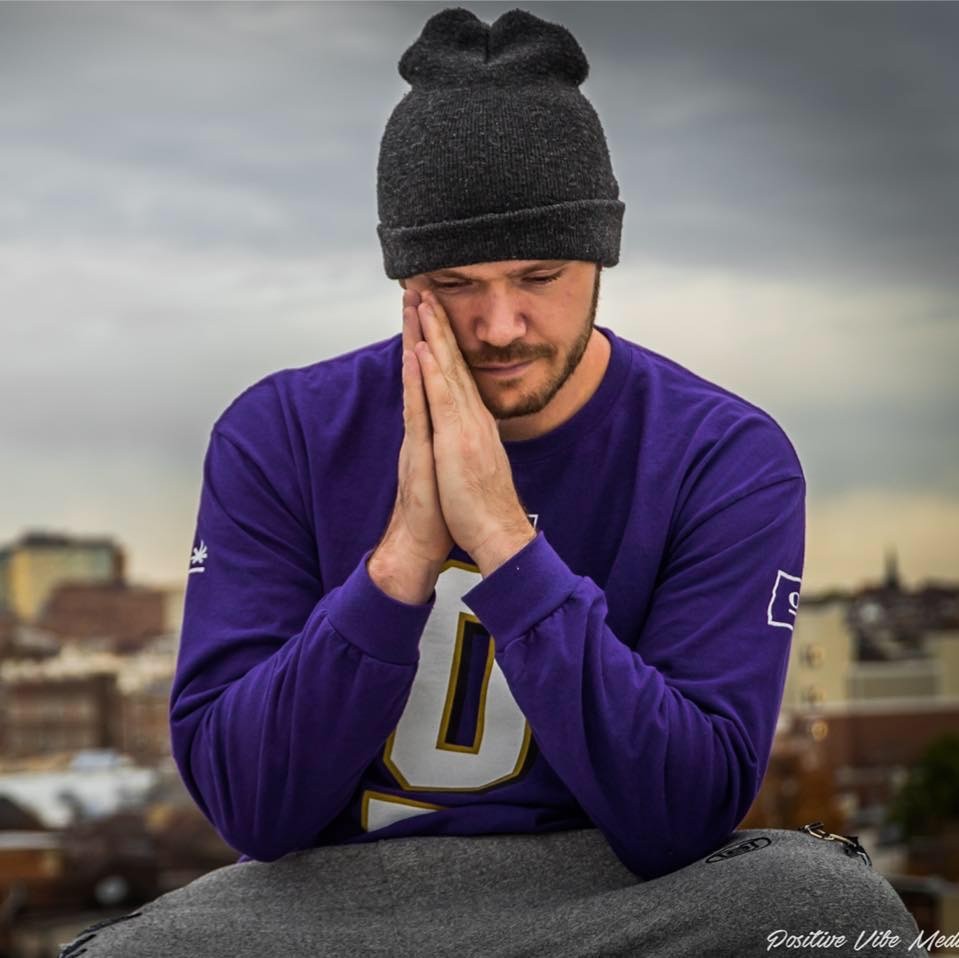 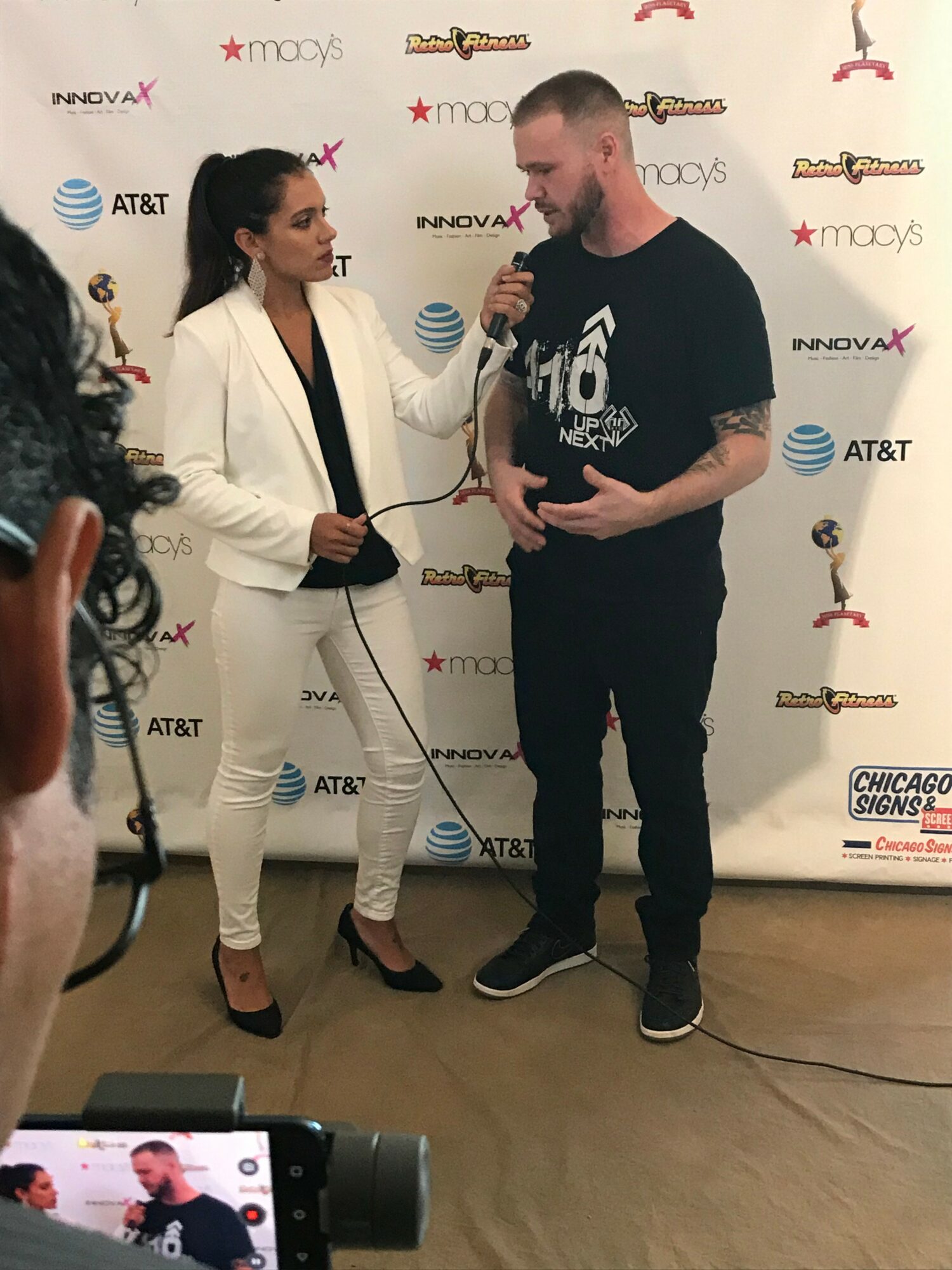 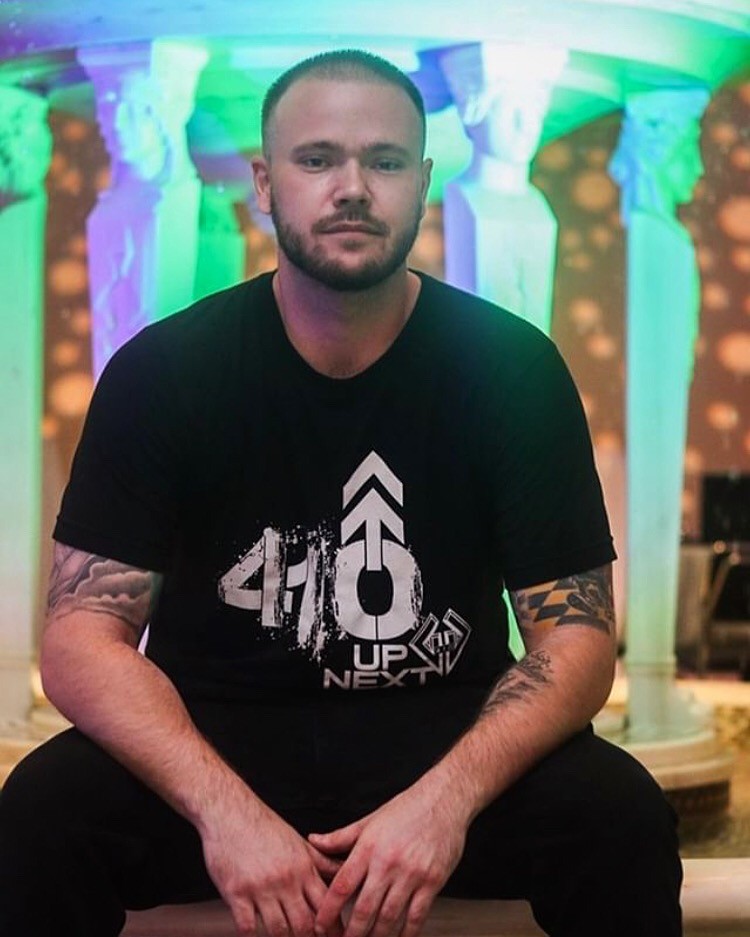 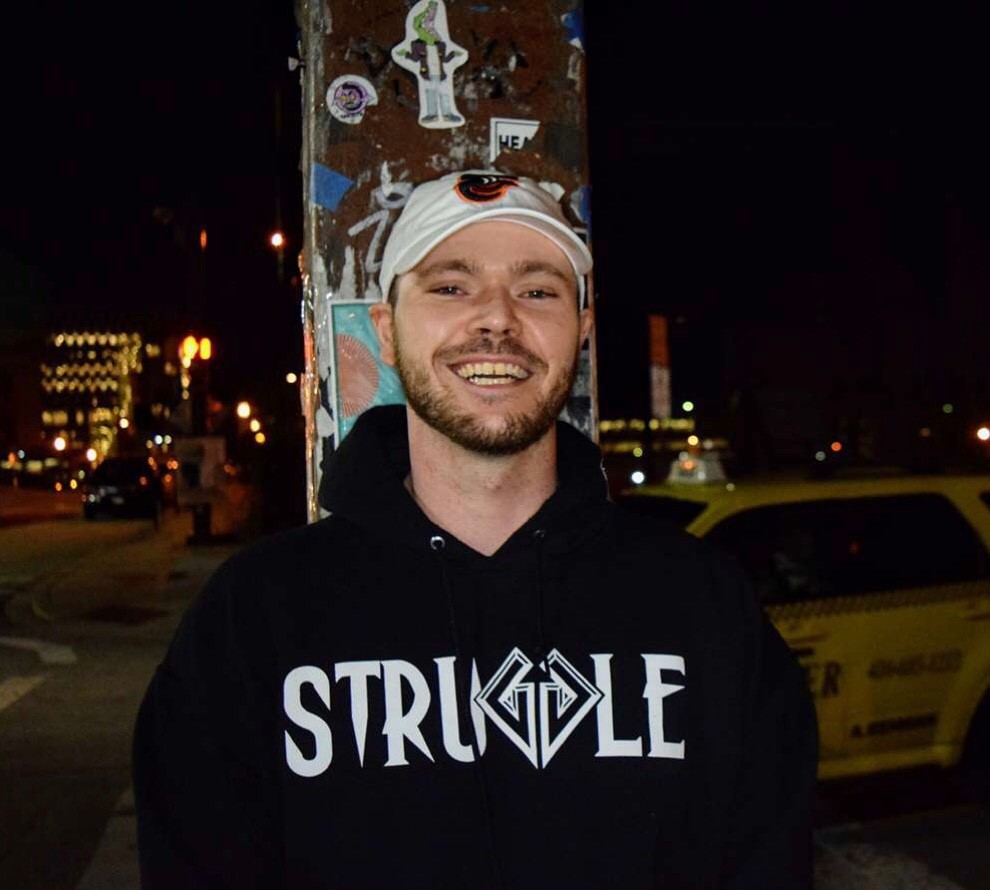 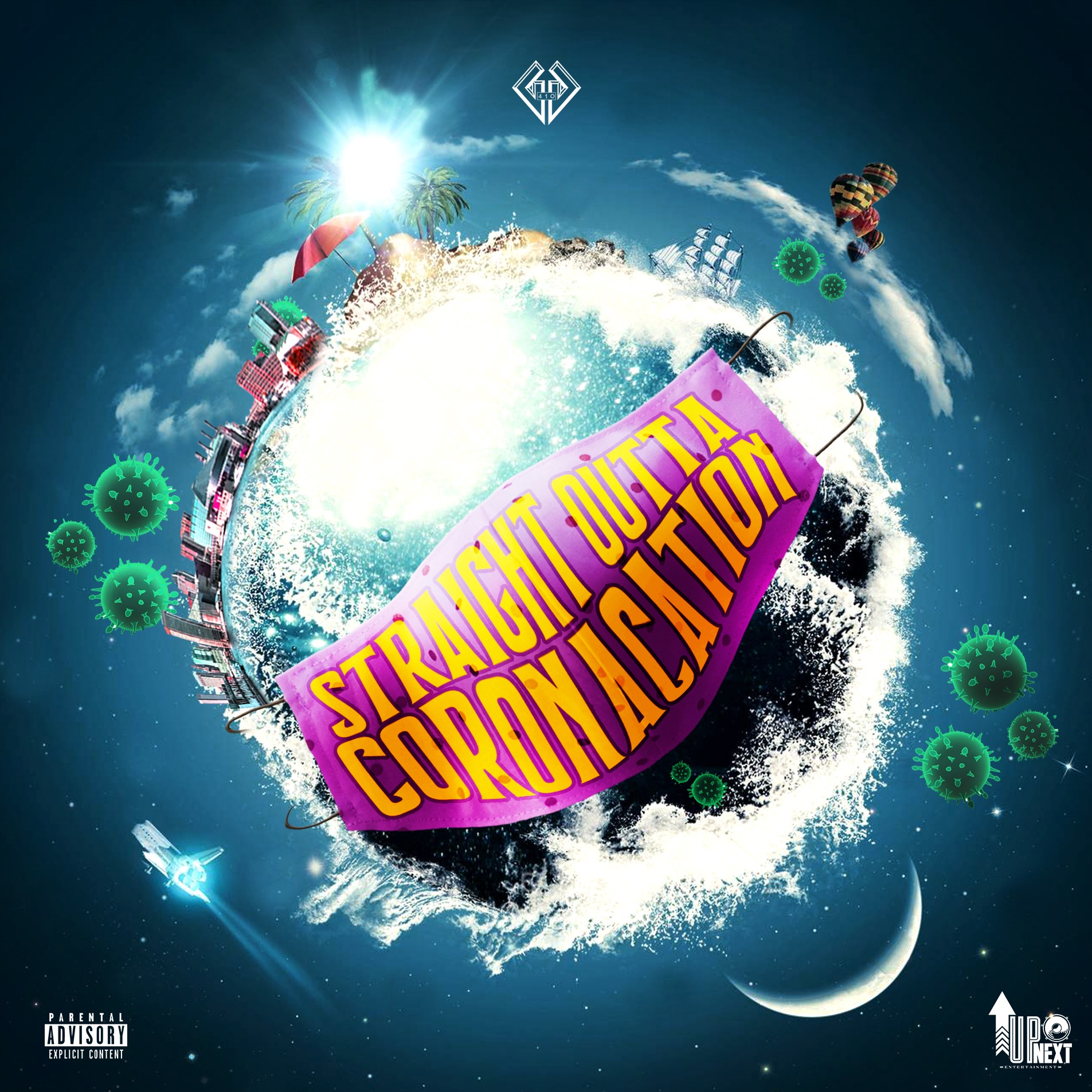 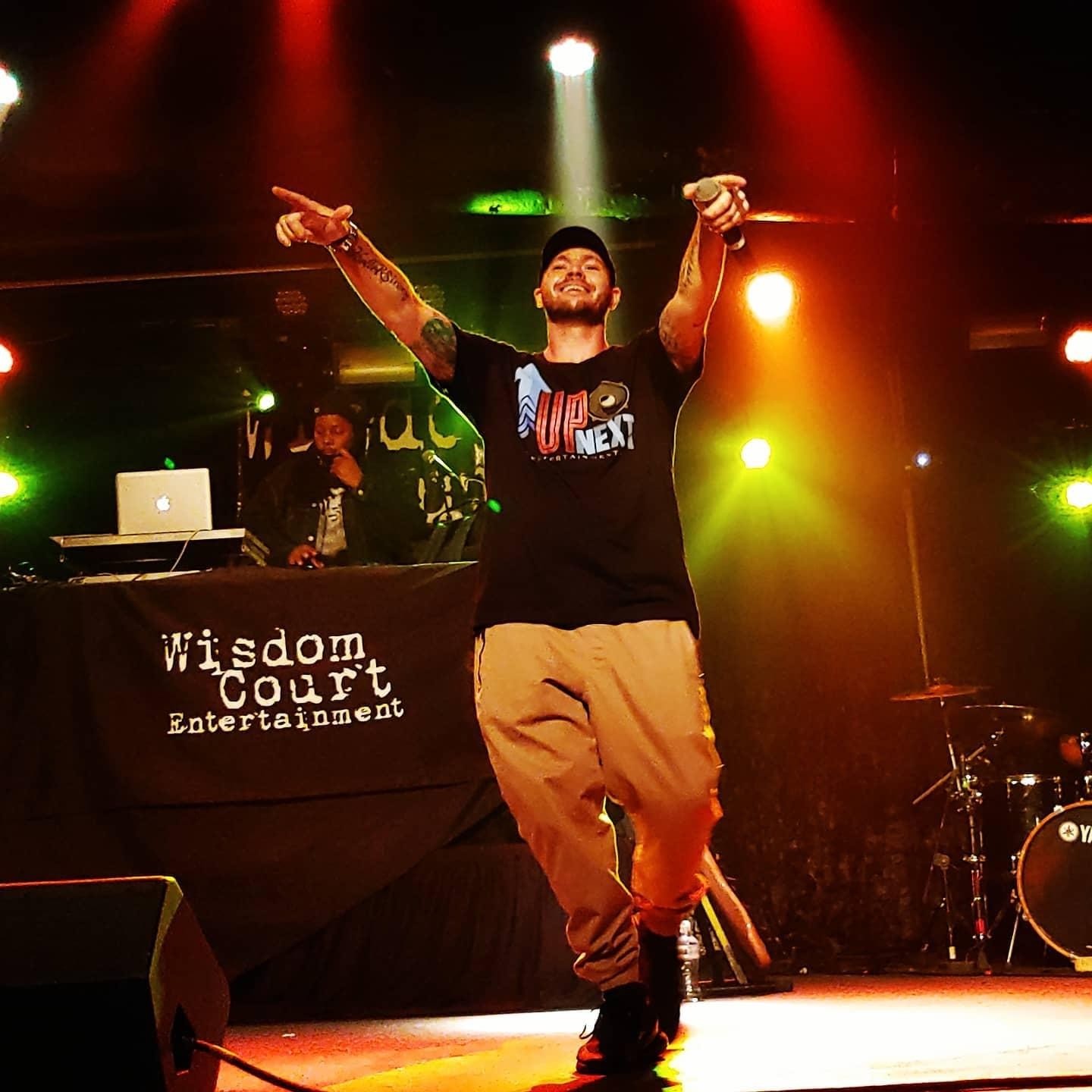 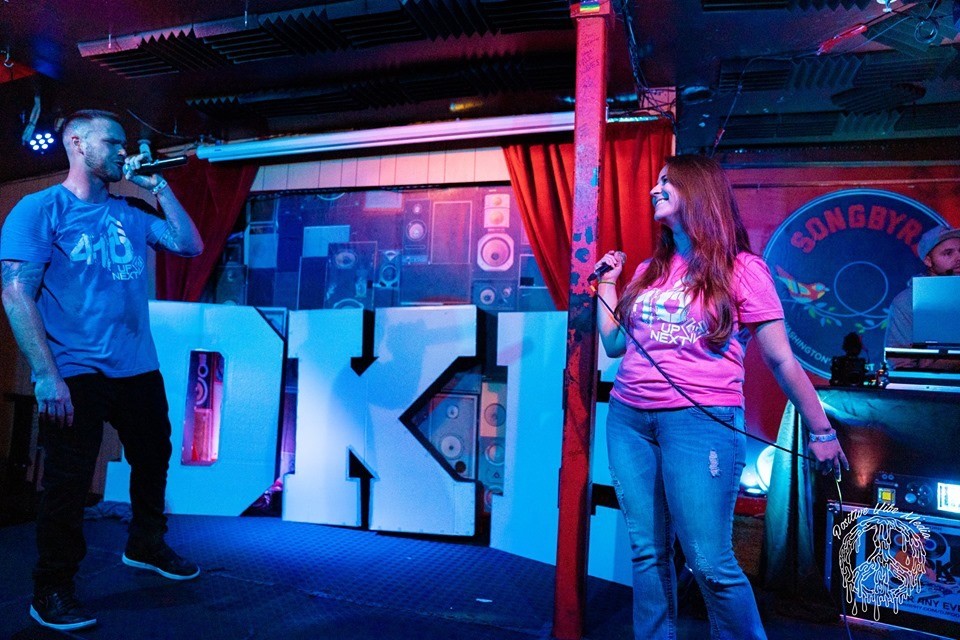