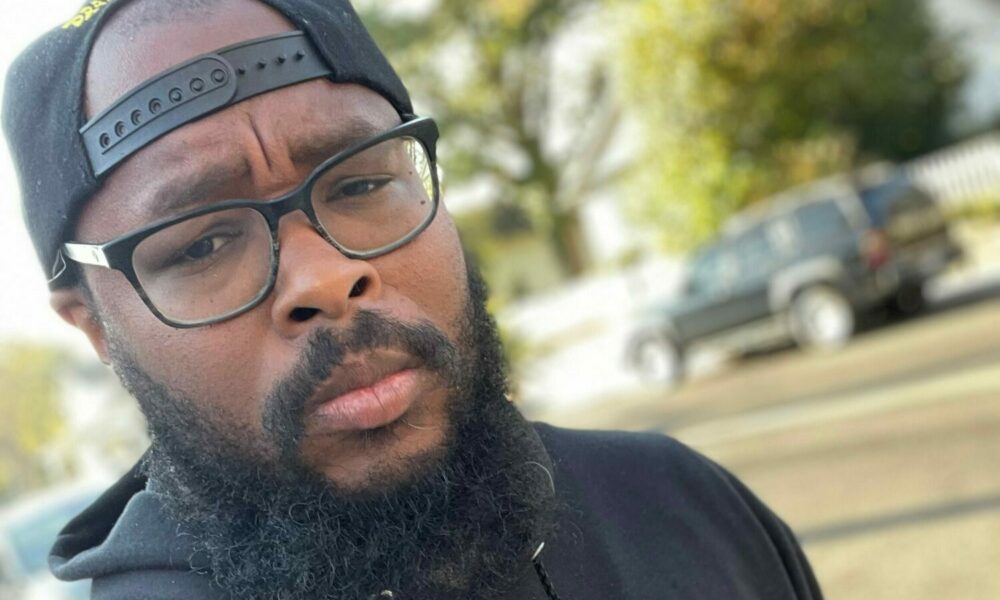 Today we’d like to introduce you to Chris Strickland.

Alright, thank you for sharing your story and insight with our readers. To kick things off, can you tell us how you got started?
Growing up, I was always a little different from most kids. My imagination was always more extravagant than the kid to my left or right. So, when my mom got me a Nintendo when I was around 3-Years-Old, it was the perfect gift for me. That’s really where my falling in love with video games began. I have fond memories of playing Super Mario Bros. 3 with my mom, and even though I didn’t know what I was doing, I enjoyed those moments, which carried on well into adulthood. That’s where my passion for streaming comes from. It was a bug embedded in me as a child, and I didn’t know what it was until it finally became a passion as I reached early adulthood.

My other love is music. My mother was a singer when she was younger, and my father was a musician. You could say it was in my blood to do something with music. I remember listening to jazz and gospel in the car on the way to school in the morning. My mom was into all of that. Of course, growing up in D.C., I listened to rap and R&B, but once I reached my teens, I started to branch out into rock, EDM, metal, and alternative music. I became increasingly interested in DJs like DJ Shadow or Q*Bert, which eventually made me want to learn how to do what they do. I’m not great at it, but that’s my own opinion. My friends and I tend to disagree on that front.

But yeah, I would say those are two things that molded me growing up; music and video games. I would even go as far as to say they are both responsible for keeping me alive. D.C. wasn’t the easiest city to grow up in. It wasn’t always peaches and cream, so having these things to engage in kept me from delving into the negative elements of the city.

Alright, so let’s dig a little deeper into the story – has it been an easy path overall, and if not, what were the challenges you’ve had to overcome?
My entire life has been a weird mix of ups and downs. I was bullied some in elementary school. As I got older, I eventually gained some footing, but I always felt a little out of place. My mother worked multiple jobs when I was a kid, so I didn’t get to be around her as much as I wanted to. Thankfully, I had my Great Grandmother and Great Uncle, who watched over me and helped ensure everything was good with my sisters and me. Rest in peace to them both, and they are fundamental figures, along with my mother, who kept supporting me and encouraged me to use my imagination. They are probably the reason why I even stream video games on Twitch. I keep their words in the back of my head as motivation when I feel like I don’t want to keep going forward. Combine that with my partner and our kids, and I have a good support system.

Alright, so let’s switch gears a bit and talk business. What should we know about your work?
I stream on Twitch and make pre-recorded content on YouTube occasionally. I’m a variety streamer, so I don’t focus on any one genre of video games when making my content. I just focus on making content that almost anyone can enjoy. I try to provide positive energy for people when they enter my chat for the first time. I want you, the viewer, to feel welcomed here. I want my streams to be a safe place for anyone, regardless of background. I tend to get locked in whenever I’m playing something competitive, but I always make sure that my followers know they are welcomed and appreciated.

I know I have a sailor’s mouth and tailor my content specifically for people who are 18+ on the platform. I tend to be a little extra animated sometimes when playing on stream. So, I always try to warn people that you’re going to hear some profanity, but that’s usually just coming from a place of passion.

I am also putting together a video game podcast called “Game Start Radio,” where I talk about video game news and other happenings worldwide. It’s been a long-time goal of mine to have more Black voices in this space, and I want to give those voices a place where we can talk about things in the industry and not just rely on seeing and hearing the same faces and voices on every platform. I want this space to become massively diverse, and if I can play a part in helping spread that message, it would make me happy.

Is there any advice you’d like to share with our readers who might just be starting?
It’s going to be slow in the beginning. It’s still slow sometimes now. There will be a lot of times when you are just talking to yourself, but you always have to keep talking. Don’t worry about the number of viewers or followers you have. Just make your content and BE CONSISTENT. Communicate with your audience and ensure they are always in the know if you decide you will not be able to produce your content on the schedule you set for it. I spent too much time worrying about numbers and not creating in this space. I wish I had stopped worrying so much about that sooner. The moment I stopped caring about my numbers was the day I reached Affiliate status on Twitch. I say all this to tell everyone who is entering this space to keep pushing. Stay consistent and believe in yourself. Success will come when it is your time. 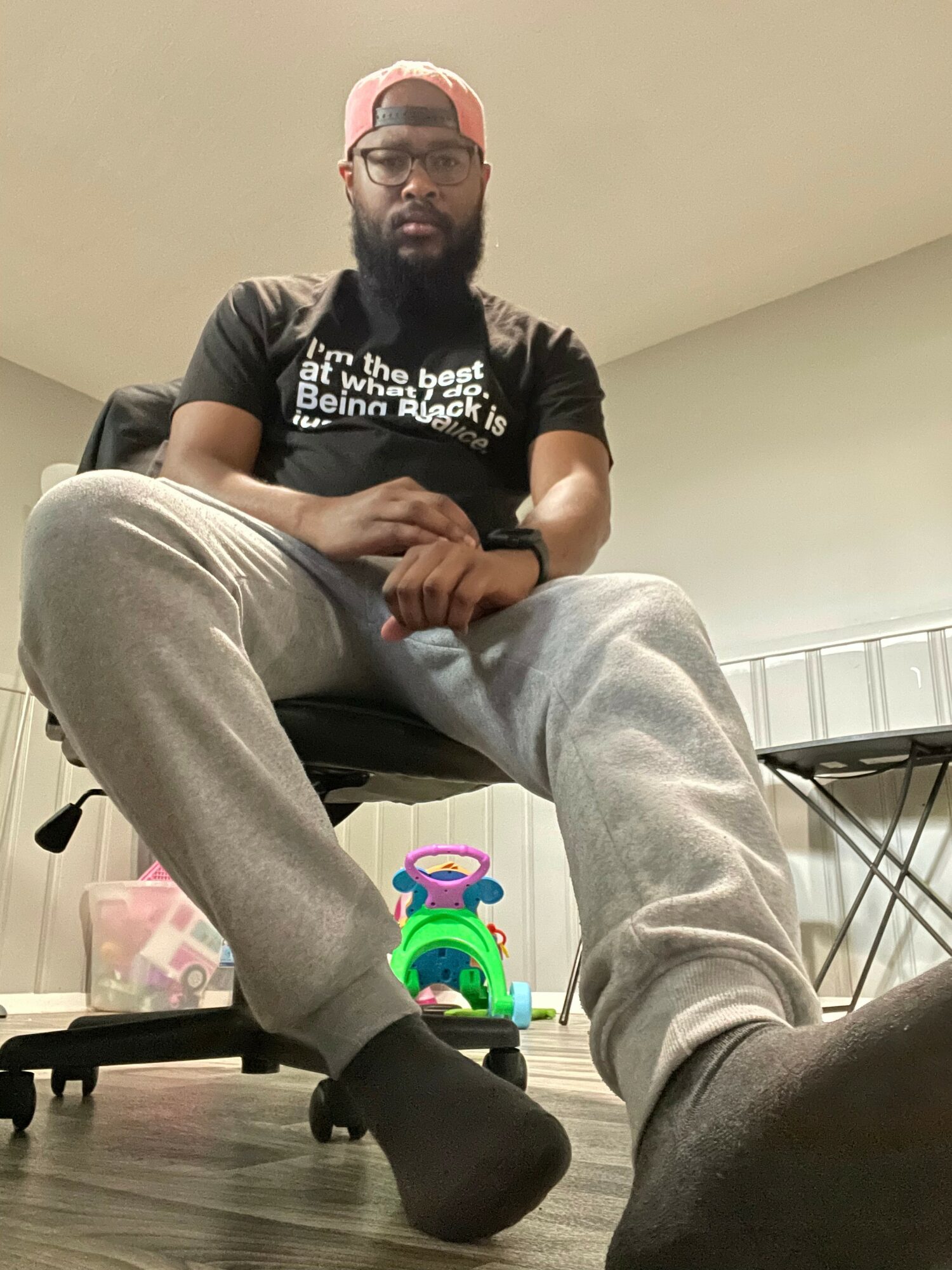 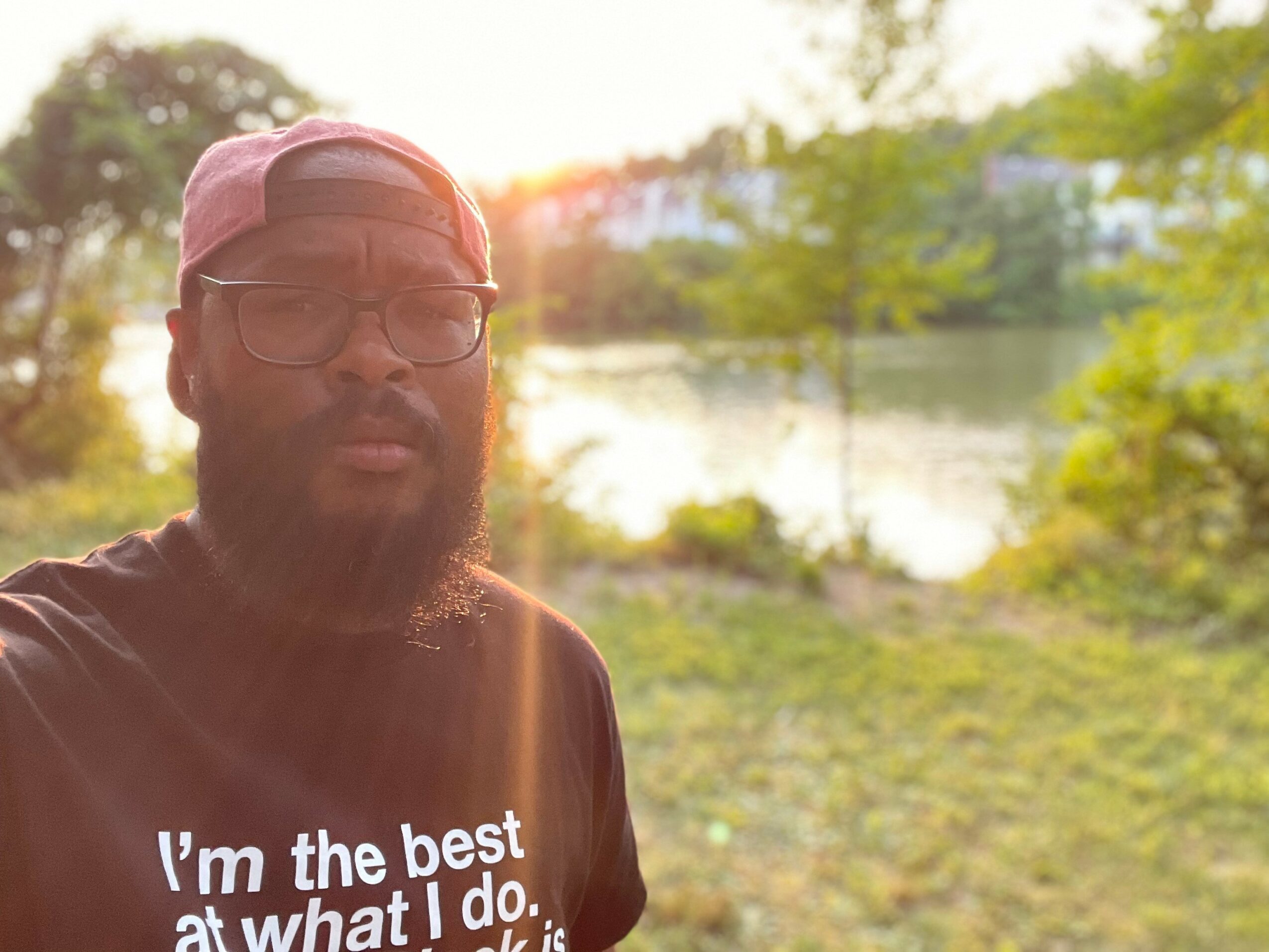 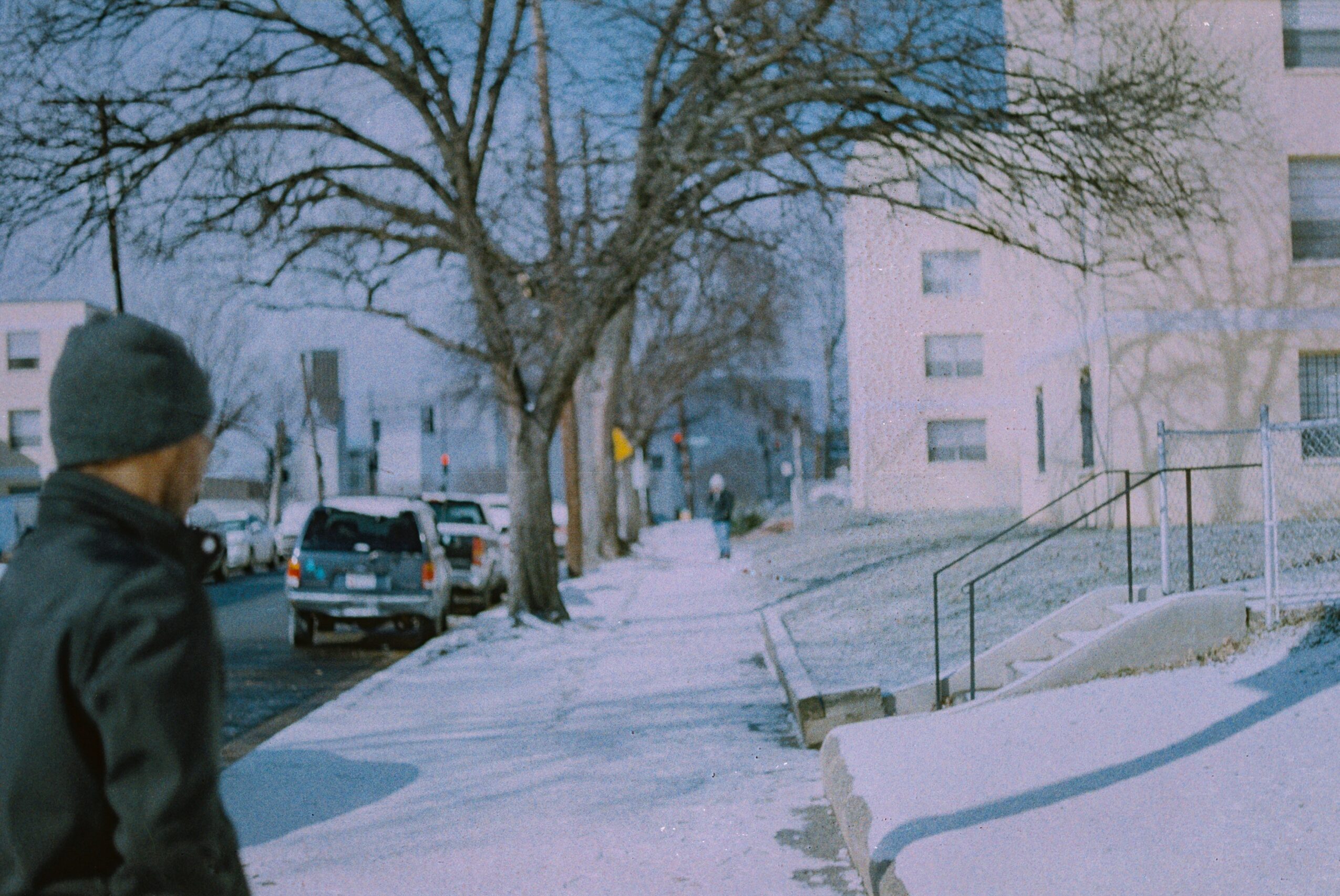 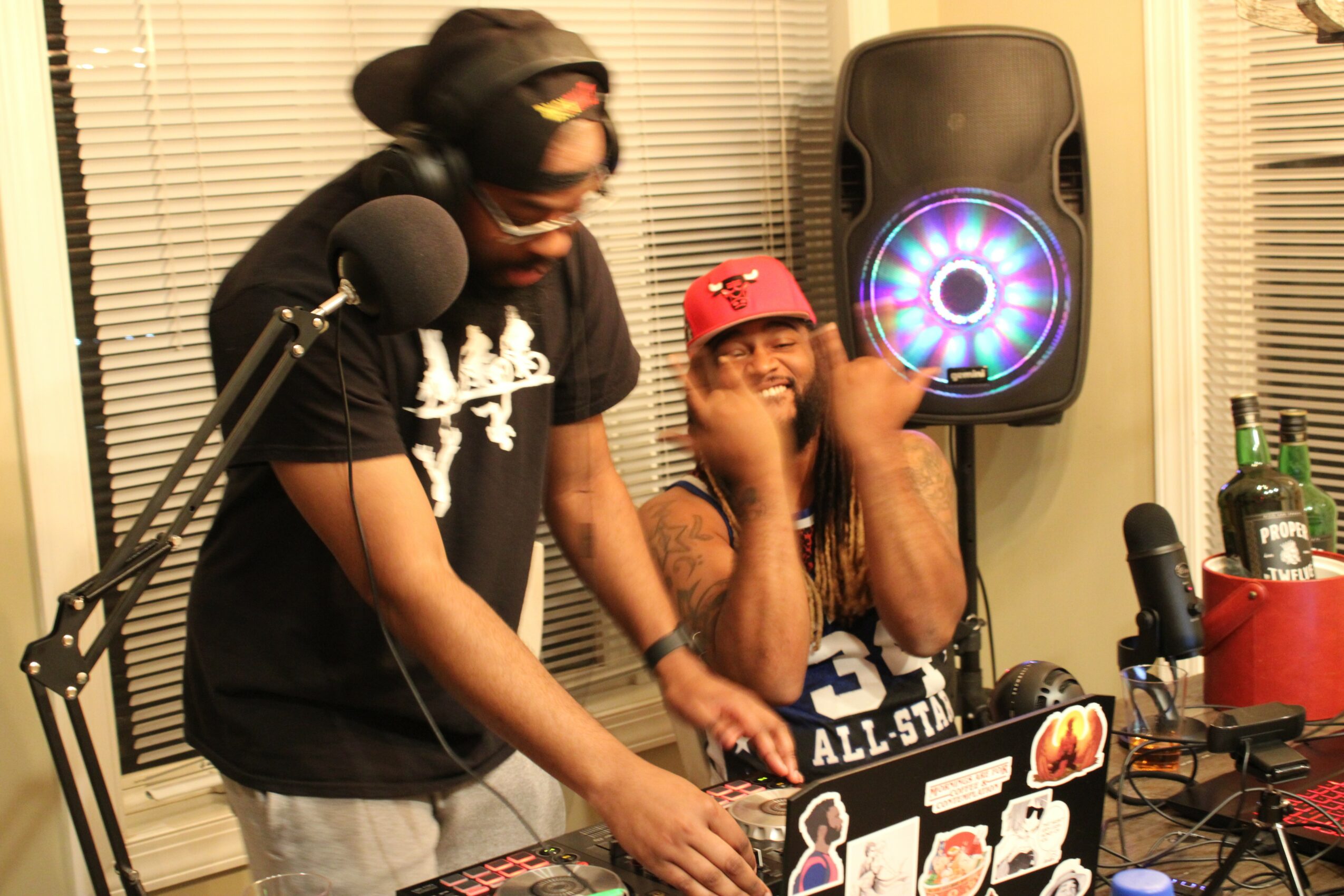