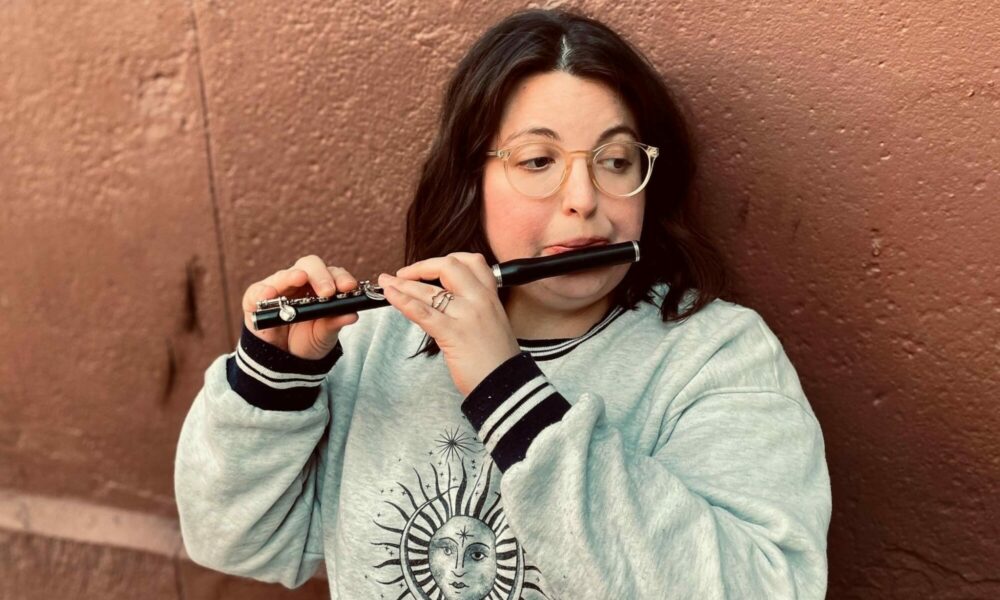 Today we’d like to introduce you to Tara Rozanski.

Hi Tara, thanks for sharing your story with us. To start, maybe you can tell our readers some of your backstories.
I’m originally from the Philly area. I already had a small private studio where I would teach privately to those who wanted to hone in on their skills for flute and piccolo. I was gifted the opportunity to, for lack of a better term, level up my skills as not only a teaching artist but as a performer when I was offered a position to come down here and attend Peabody Institute. I moved here during the height of the pandemic, which put me in a bit of a predicament.

In my field, it’s almost impossible to learn online how to perform more efficiently in ensembles since we were unable to meet and rehearse together physically. The year that my husband and I moved down here (fall of 2020) was one of the most successful networking and creative moments of my life. Although I was forced to defer my degree and begin it a year later than anticipated, the arts scene here in Baltimore still welcomed me with open arms. That you’re I was able to still gain a network of friends and colleagues.

I premiered music with my husband (a pianist in Baltimore) that has been selling copies since it was released by Baltimore-based composer, Andrew Kosinski, and I was able to pull from different aspects of my artistic life to create a world of art around me…. Even when the world seemed to be on a pause. During that year, I can’t even count how many recording projects I’ve been a part of that have only furthered my playing and teaching career.

I started reaching out to producers that were local to Baltimore who I have met in the past while working in the electronic music field back in Philadelphia years ago and it was like we never lost touch. It was like Baltimore has been calling me for years and I never listened to it. I didn’t understand the possibilities of creating and collaborating with other local artists here in Baltimore until I was immersed in it and lived here. Once I moved to Baltimore it seemed like my possibilities were limitless in terms of the projects in which I took part.

This past year has given me almost weekly opportunities to teach, perform, and learn from other creatives in the city. I have even been learning from other entrepreneurs in this area. This city provides a safe haven and a place to expand on your career for creatives like me. Baltimore has also given me the opportunity to explore topics I firmly believe in.

I never thought that I would be featured in a commercial about powerful women through AT&T until I came here and was offered to be a part of this project. It feels as though my options to create and perform here are limitless.

Would you say it’s been a smooth road, and if not what are some of the biggest challenges you’ve faced along the way?
I’m not sure if I would consider my creative path here a smooth road but once I moved to Baltimore I didn’t find it a struggle per se. Most artists are aware of the fact that they really need to have a sense of self-motivation. It is work that nobody will do for you. It’s putting yourself out there in vulnerable situations and talking to people who you normally would not think could inspire your craft.

But if you open your mind and allow yourself to become a part of this artistic community in Baltimore, you will find inspiration almost anywhere in the city. I of course had my setbacks. Covid was a big factor in this once Peabody opened and we had the challenge of maneuvering around safely playing in groups and ensembles together. At times it was frustrating… I would be lying if I said it wasn’t! But while this frustration was occurring, other musicians and I would figure out ways around protocols in order to safely rehearse with one another outside of school.

Saying yes to projects even if I had a ton of work on my plate… Stretching myself too thin. Another huge obstacle. You could also look at that as a benefit, though. I truly found that once I moved down here the opportunities for me to be inspired and to create were really endless. So I had to figure out how to say no to projects that didn’t necessarily fit with my vision of being the artist I would like to be. For me, as somebody who formerly did not have this much opportunity to learn and create with other talents until I moved to Baltimore, this was a really big adjustment for me.

It was hard to say no to projects. It was hard to sift out what would benefit me and what would not. I don’t know if I would necessarily call that a struggle! I think that says more about the arts in Baltimore than it says about my struggles. If you are thoughtful and innovative enough, you can find inspiration anywhere in this city. And you can streamline how you want to shape your career once you see how much this city has to offer artistically.

As you know, we’re big fans of you and your work. For our readers who might not be as familiar what can you tell them about what you do?
I am a professional piccoloist. I specialize in piccolo… which is otherwise known as just a super loud and high-pitched instrument. there is so much more room for growth with this instrument. It has the capabilities of being melodic, standing alone as a solo instrument, and for it is relatively new in terms of the exploration of the instrument, it creates so many chances to be innovative and work with living composers and musicians you normally wouldn’t expect. I also play flute and I teach both instruments.

I am extremely collaborative and I thrive in environments where I can immerse myself in a project and truly be a part of its conception and the process you go through to actually create music effectively. Spearheading the growth of Piccolo is really where I stand out. I have a fierce passion for the instrument and truly believe in its progression and breaking the stigma that it currently has in the orchestral world. I’m hoping eventually to convert that over to different genres of music.

I think what gives me an edge over others is the fact that I truly do try to find inspiration wherever I can. Even my hairstylist, who just opened her own spot in Riverside called Dandelion Hair studio & Apothecary (her name is Molly Mummert-Chalmus) has been there for me from the beginning. Being able to feed off of energy like hers and her business partner Aubrey has been pivotal in finding opportunity and a different approach to looking at my creativity as a business and how to profit from it.

When my husband Kobi Davidson is not performing and teaching, he works at a restaurant named Hersh’s (also in Federal Hill) where I have pulled innovation from chef Matt Milani who is always finding new ways to create delicious food with the most unexpected ingredients. I look for creativity in any way, shape, or form. I don’t know how many people think of art this way in my field.

Is there anyone you’d like to thank or give credit to?
Well, I’ve already mentioned a couple of businesses around here plus some individuals. Dandelion hair studio and apothecary with Molly and Aubrey, Chef Matt Milani, Erica Peel (my mentor) and Marina Piccinini, and even my landlord and the people who work in this building here in Mt. Vernon have all been unknowingly inspiring me every day. Kim and Christian who are a pivotal part of the arts at Emmanuel Episcopal Church in Mt. Vernon allowed me to use safe spaces to record and practice my craft during Covid.

Baltimore Symphony Orchestra members and their former conductor Marin Alsop have been nothing but supportive of me which means a lot to me. The local Baltimore club producers here… Mighty Mark, James Nasty, Mike- Mike Zome, TT the Artist (I believe she is too LA-based now) have been in my life for over 10 years and now that I live in their city I understand how they are just incredible people and music producers. They inspire me to think outside of the box of just classical music in order to make myself a more well-rounded artist.

In fact, there’s an amazing documentary on Netflix called “Dark City Beneath the Beat” by TT the Artist. One of the first things I watched when I moved here. it’s an in-depth look at how Baltimore club music and the everyday life of Baltimore are intertwined. Incredibly made and truthful look into how these artists have molded themselves into who they are today. I drew so much inspiration from that documentary. 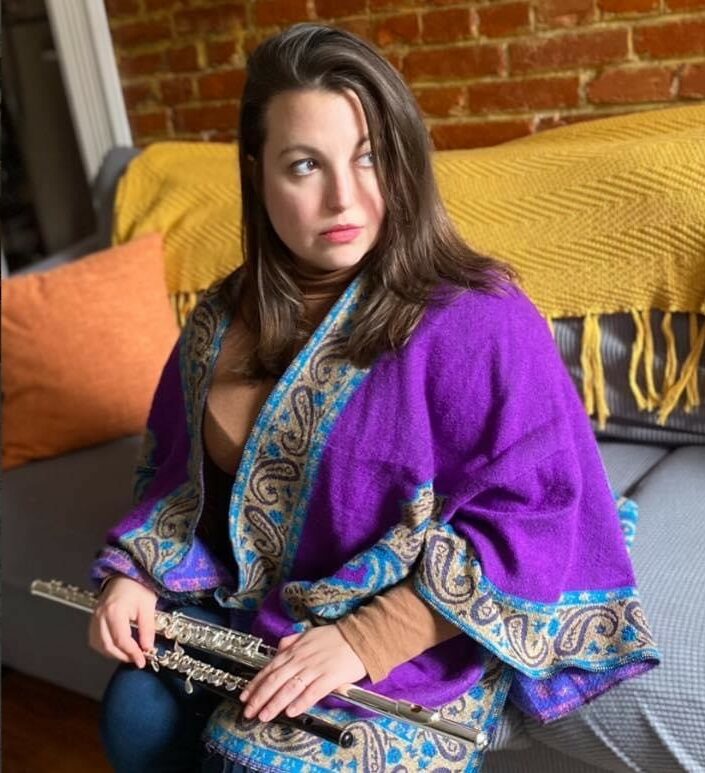 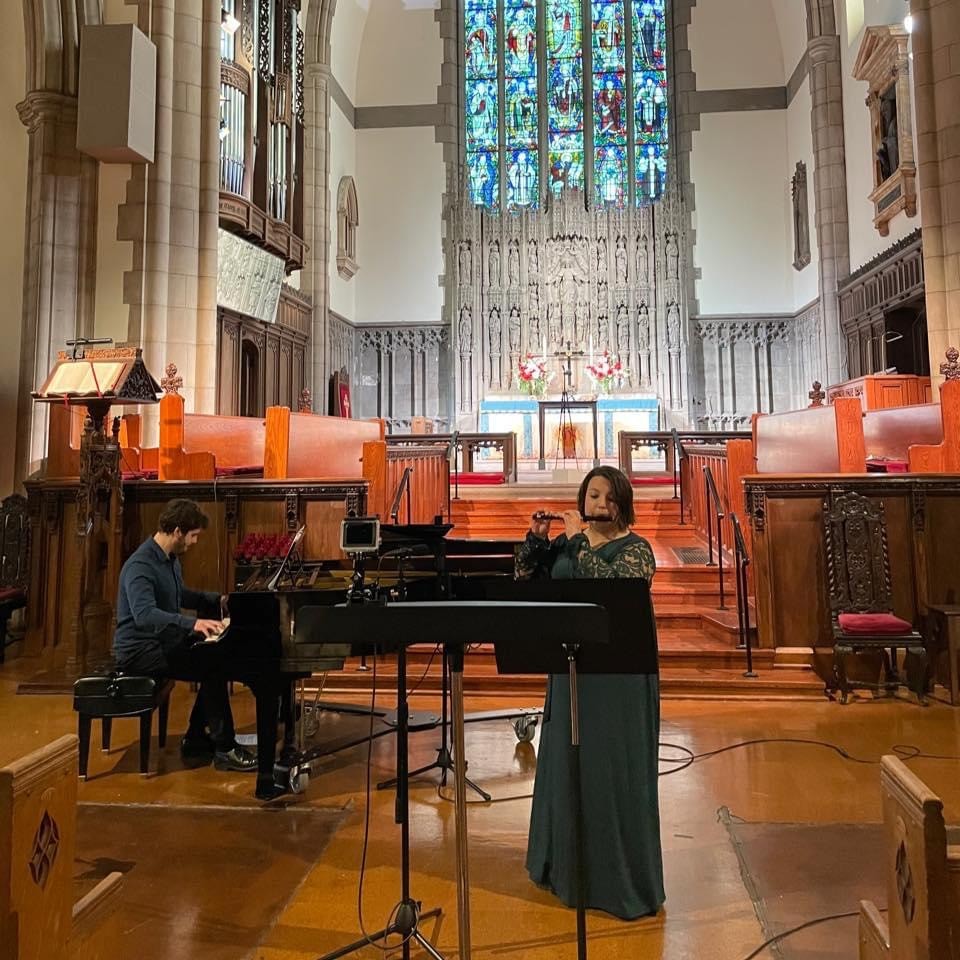 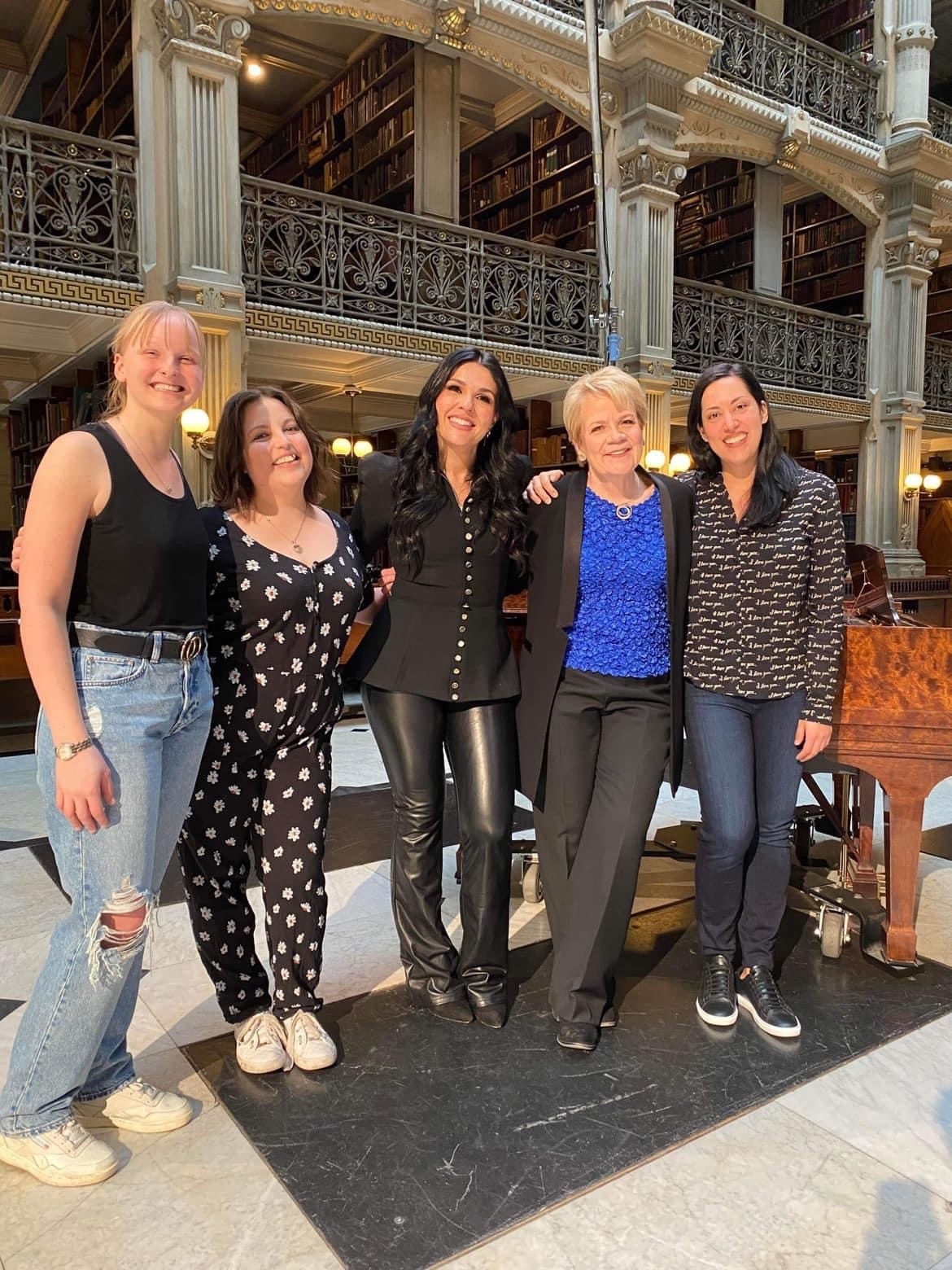