Today we’d like to introduce you to Susan Moger.

Hi Susan, thanks for joining us today. We’d love for you to start by introducing yourself.
My mother died when I was nine in 1951. She had breast cancer and, after a mastectomy in 1949, there was nothing that could be done, I shielded myself from grief. The adults in my life–my father, grandparents, and my mother’s siblings had their own grief to deal with. They conveyed to my brother and me that when we seemed happy, they felt better.

My younger brother and my father and I formed a functional team for three years and then he remarried. A stepmother was a challenge, but once my half-sister was born, my frozen heart thawed and I re-entered the world. Still, twenty years passed before I cried about my mother’s death. Before that I thought if I ever started crying, I will never stop. Finally experiencing my impacted grief opened the door to my writing—and to more of life. I married and had a son and, for the first time, felt free to take risks in my writing. Having two pieces of my short fiction (Yes, fiction!) published on the Op Ed page of The New York Times were signs to me that writing was my path. These were protest pieces against the Vietnam War. Since then, resistance–to injustice, to pseudo-science, racism, and crimes against humanity— has infused my fiction writing.

We all face challenges, but looking back would you describe it as a relatively smooth road?
Some challenges I faced stemmed from the unresolved pain of losing my mother when I was 9. Others are less easily defined. I struggled to commit in relationships and was divorced after 5 years of marriage when my son was 4. I didn’t remarry until 2000. But I did move to Maryland to be with my husband-to-be in 1995. Leaving New York was hard at first, but my most productive years have been here, and I am very grateful for that.

My father and stepmother were pacifists and civil rights advocates, as Quakers they were on the front lines of marches and brought my brother and me and later my sister along. This example of actively witnessing against injustice is a powerful thread in my life. I often feel I have not done enough to raise my voice in protest.

Thanks for sharing that. So, maybe next you can tell us a bit more about your work?
What I Do Now: I am an author and an adjunct instructor of writing at Anne Arundel County (Maryland) Community College (AACC). My debut novel, OF BETTER BLOOD (Albert Whitman Teen, 2016) is a Young Adult historical novel set in 1922. In the book, a teenage polio survivor and an unlikely sidekick uncover crimes against other teens who are considered “unfit” by adults who embrace the pseudo-science of eugenics ( popular from the late 19th century through the 1930s). My well-reviewed novel has been read, enjoyed, and praised by young readers and adults alike. I was recently (October 2022) honored by the Arts Council of Anne Arundel County with a Literary Arts award for contributions to my students, senior citizens of the County who have taken or are taking my four AACC Senior writing classes. I was nominated by two of my students and endorsed by many more. Before Covid, starting in 2008, I taught at Senior Centers in the County. Since 2020 through the Fall of 2022, I have taught classes via Zoom.

In the 1980s, I was known for being a civilian woman working as an editor in the New York Fire Depatment (FDNY). In 1986 I became the first woman Editor of FDNY’s training journal, WNYF, Earlier, 1980-81, I researched (by riding to arson scenes with FDNY Fire Marshals) a monograph on Arson, (SUNY Stony Brook, 1982). This book was used in the NY State Fire Academy. My trailblazing included being the first woman elected to membership in the Bellport (LI) Volunteer Fire Department, 1982-87…

I Am Proud Of: My teaching career at AACC, 2008-Present, Some of my students have published books, a few have published more than one; but all have benefitted from being part of the writing community I nurture in every class. My goal is to encourage my senior citizen students (in my 4 classes) to tell their stories and share them with our class and their families. Students read their work aloud and comment orally on each other’s work, as do I–positively and helpfully. During the first year of Covid-19, the Zoom writing classes were lifelines for isolated Seniors and for me. My classes were especially valued because students could express their feelings in writing and be heard and encouraged by others in a similar situation. We got through it together and came out stronger.

I am also proud of my writing career:
My novel OF BETTER BLOOD shines a light on a relatively unknown and disgraceful period in US History when crimes, such as sterilization without consent, were committed against people singled out by proponents of the fake science of eugenics.

In 2020-2021 and again this year, 2022, I have been commissioned by a well-known fire engineering expert and author, retired Chief Vincent Dunn of FDNY, to write poems to accompany photographs of firefighters on the job. The poems and photos have been and will be used in Chief Dunn’s technical firefighting books and have also appeared in Chief Dunn’s memoir My War Years (2021). I knew Chief Dunn when I worked at FDNY in the 1980s. It was an honor to write the poems and discover that my memory of the way firefighters speak, joke, and do their jobs lives on in me. The poems and photos are regularly posted on the Chief’s author page on Facebook and have been well received by his followers, firefighters of today.

Who else deserves credit in your story?
My father, Roy Moger, was an educator and a teacher, and a lifelong learner. As children, my brother, sister, and I loved working with him around the yard, in the garden, and even in the house–he modeled for us how to have fun while working hard. He found his highest calling working with young people, formally and informally, as a teacher and as the Village historian of our hometown, Roslyn, NY. Other mentors were Dr. John Truxal at SUNY Stony Brook who pushed me to teach writing to engineering students and assigned me the job of researching and writing Arson, the start of my passion for the fire service. At FDNY, I had many mentors and cheerleaders. The most important uniformed mentor was Deputy Chief Vincent Dunn; the civilians were Commissioner Stephen Gregory and Teresa Mylott (now Dwyer) who was in charge of OSHA compliance.

Both of them helped me adjust to a place of work that is very different from academia! They are friends of mine still. For writing mentors, I was privileged to find, in Anne Arundel County, Maryland, concentric circles of writers, starting in 1996 when I moved here, many of whom continue to inspire, prod, and encourage me to do my best work. Mary Bargteil was my first writing teacher at AACC and the writing community she created in pur class inspired me to do the same in my classes. She became a friend and encouraged me to become an adjunct instructor. A current critique group member, Mary has always inspired and encouraged me. Mary and Wendy Sand Eckel, another critique partner and published author, are responsible for my finishing my first novel and continuing to work on the second, now in revision. They are my stars to steer by. Throughout his life, my son Ben Williams has been an inspiration and a joy. Now Ben and his wife Michala and sons Liam and Sam are incredible cheerleaders, supporters and advocates of me and my writing, as is my husband, Ted Armour. 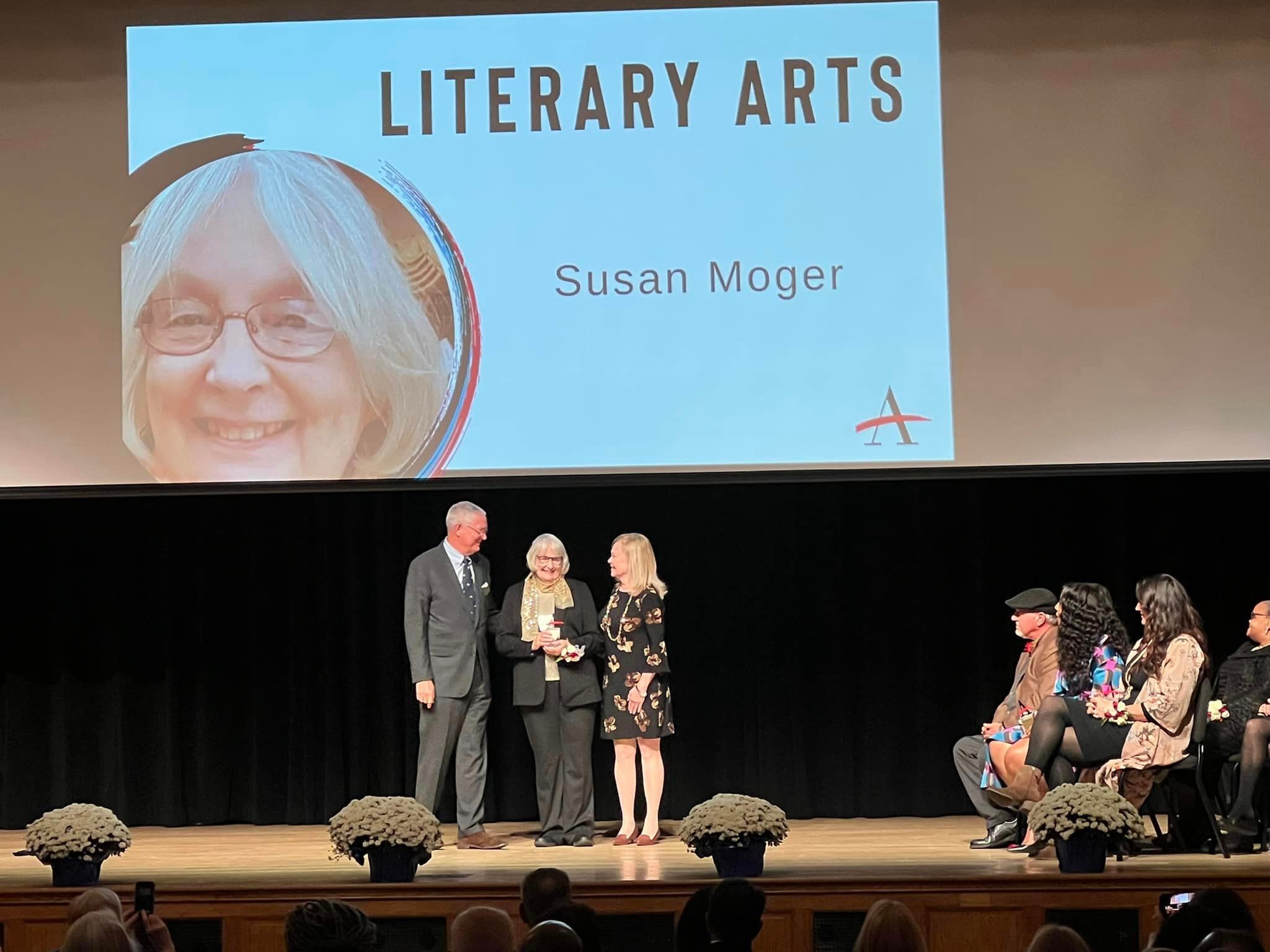 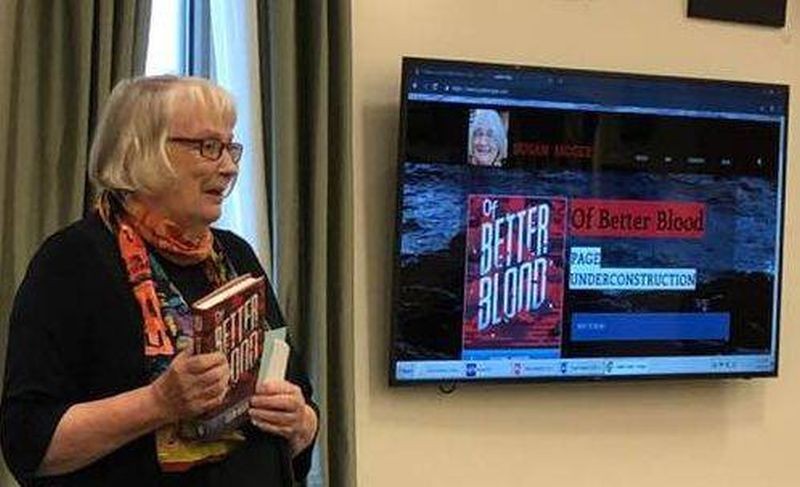 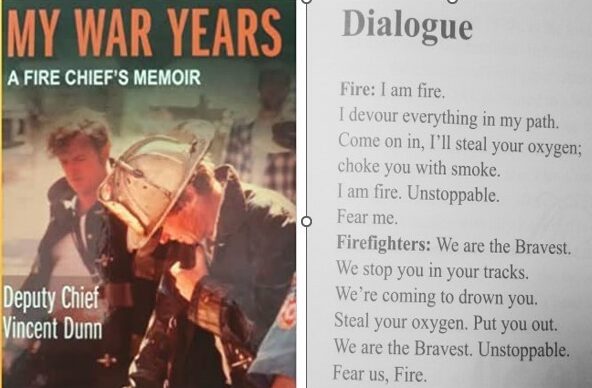 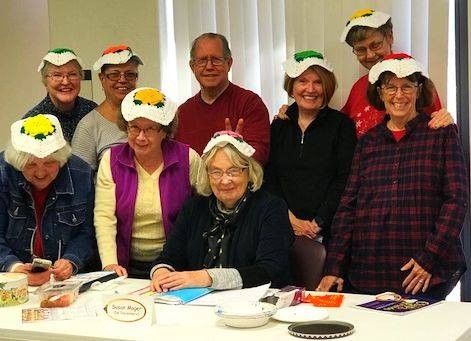 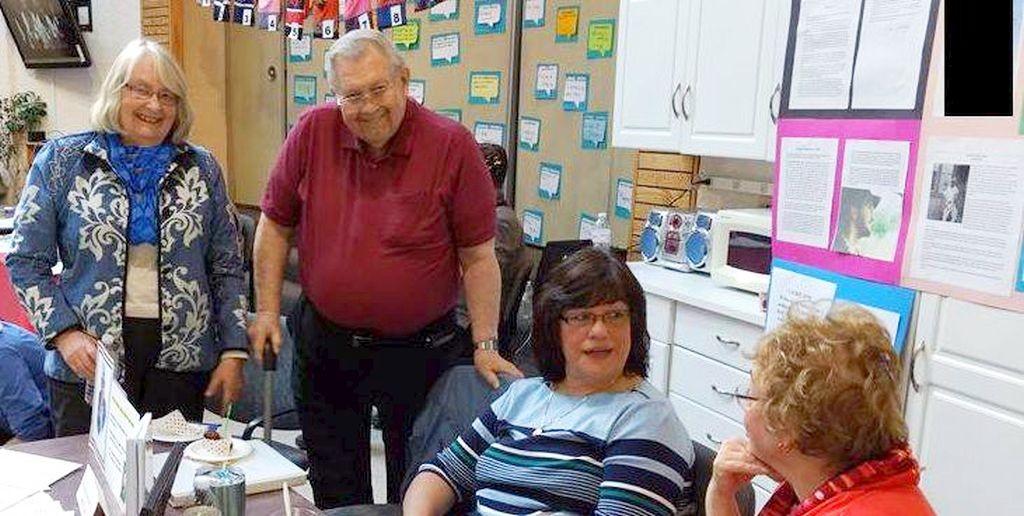 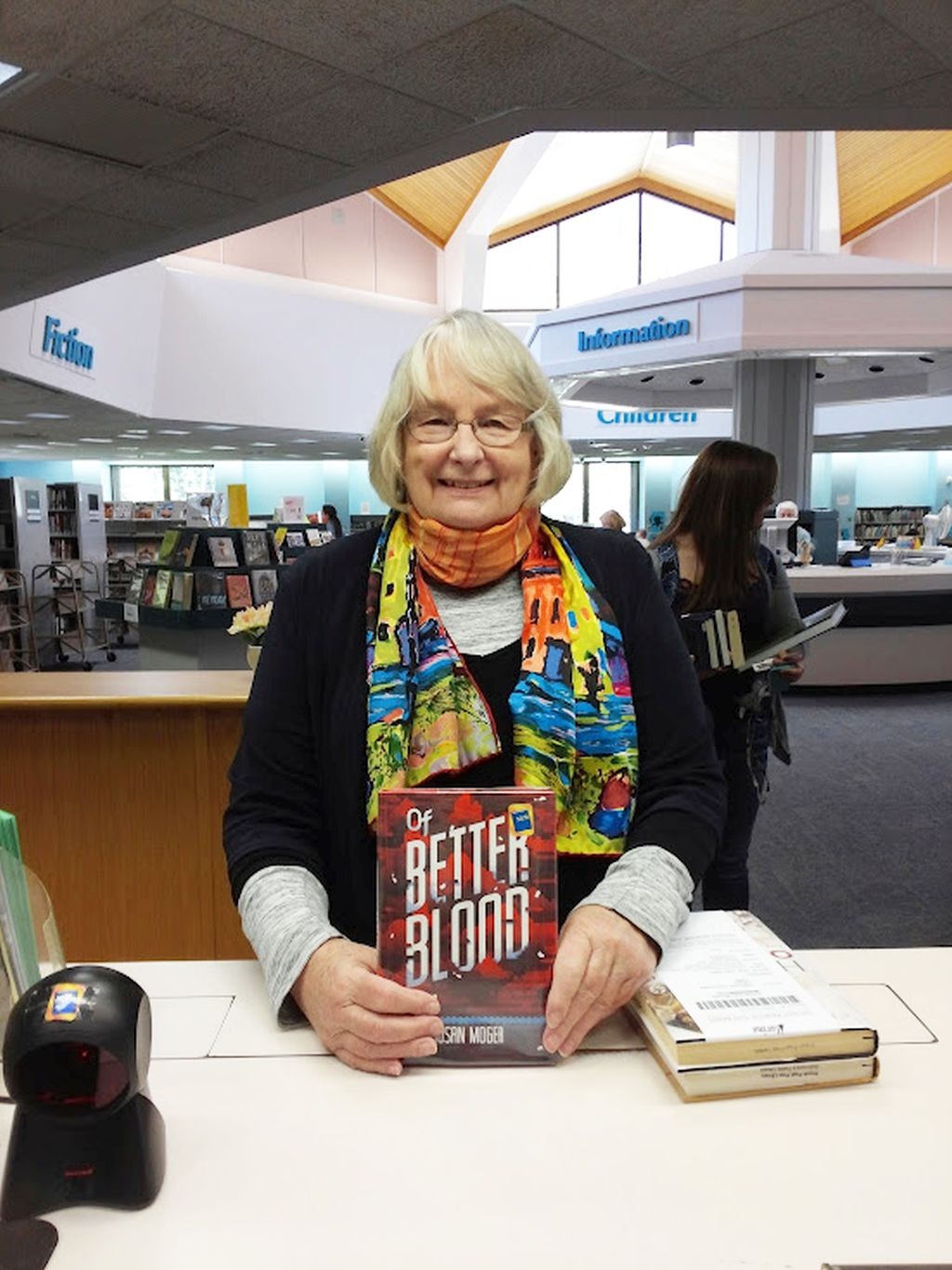 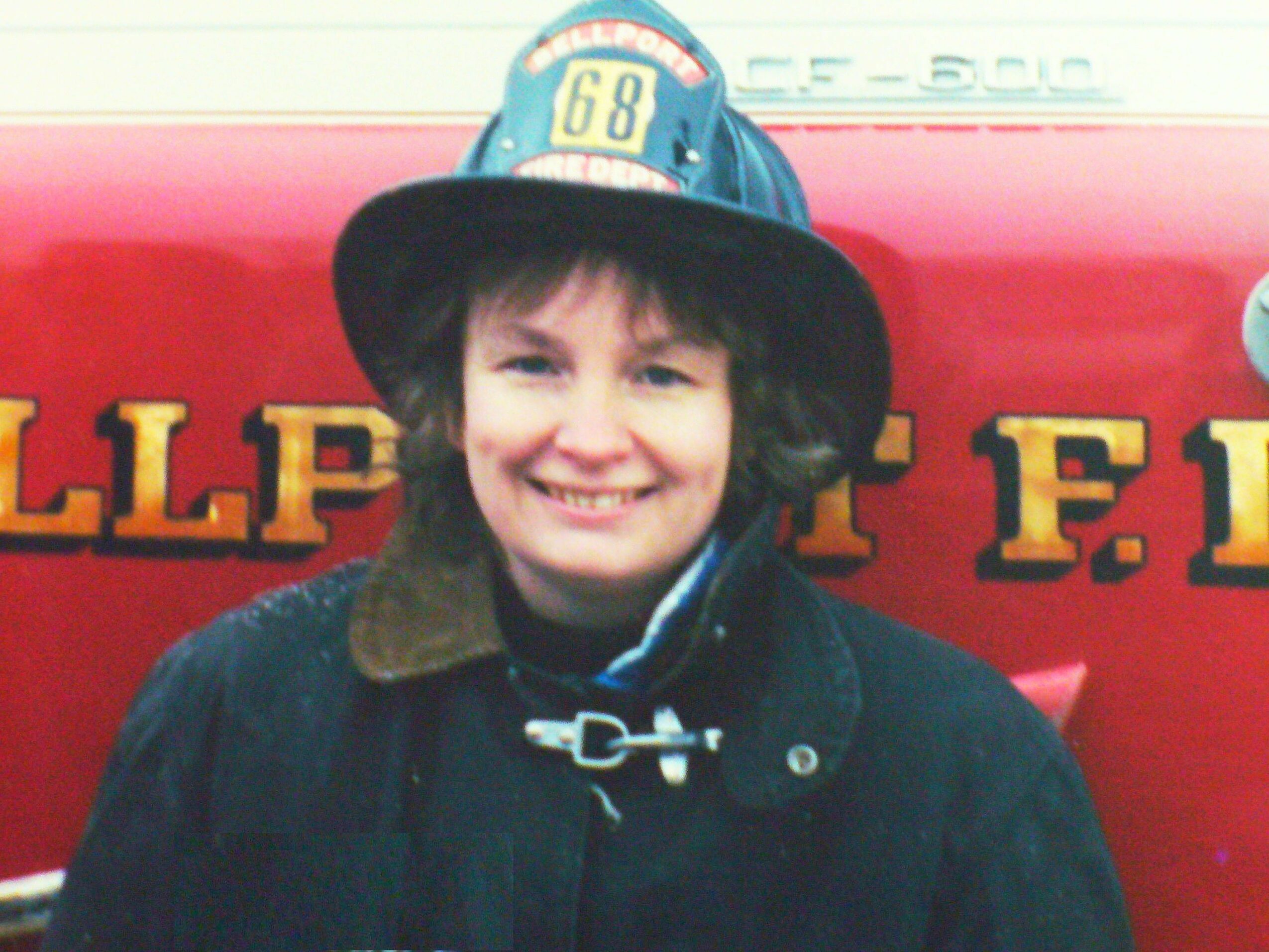