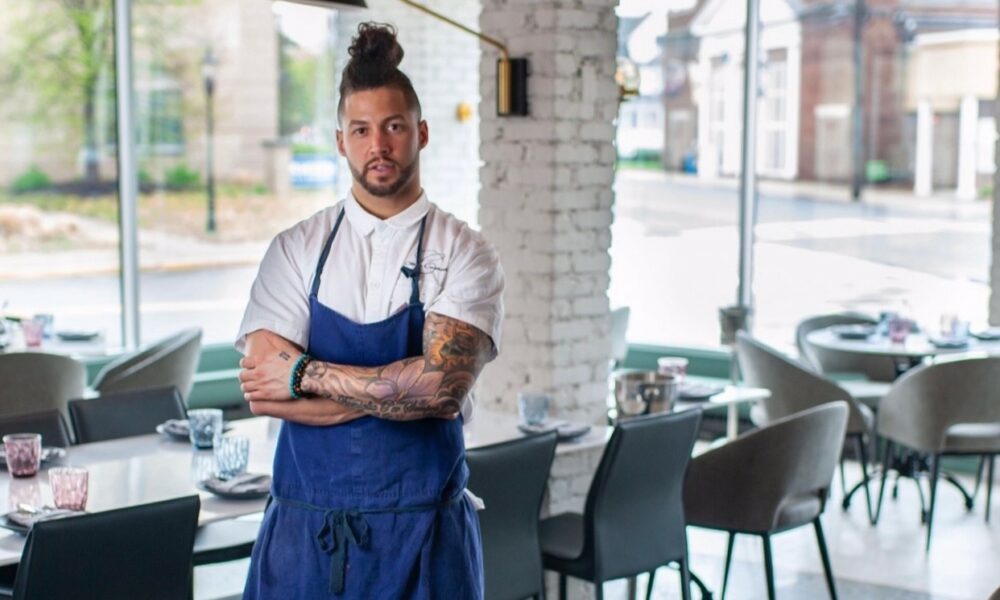 Today we’d like to introduce you to Robbie Felice.

Chef Robbie Felice has been in restaurants since before he could walk. His father, Joe Felice had owned multiple restaurants during the course of his childhood. After a childhood surrounded by the industry, he was accepted into the Culinary Institute of America, where he graduated with an Associates’s Degree in 2011. Shortly following his graduation, he put in multiple years of work between the legendary Babbo in New York City and B&B Ristorante in Las Vegas, where he became Sous Chef along with running the Salumi Program at the Company’s many Las Vegas locations. He also worked in several other restaurants across the country. Hungry for more, he put in numerous stages at Michelin-Starred restaurants across the globe, including Sergio Herman’s 2-Michelin-Star Pure-C in The Netherlands and 2-Michelin-Star The Jane in Belgium. From there, he travelled throughout Europe, touching France, The UK, Italy, and Spain, where he was exposed to various cultures and cuisines, refined his technique, and forged his own unique signature and style. Robbie landed back in New York City in 2015, joining 2-Michelin-Star The Modern. Felice was able to transform the lessons and experiences he learned from an early point in his career into his own culinary success.

In 2016, at just 26 years of age, Felice and his father decided to open their first restaurant together, birthing Viaggio Ristorante in Wayne, New Jersey. In his pursuit of authenticity, Felice unveiled a restaurant true to his cooking philosophy— locally sourced ingredients used to create traditional Italian fare with a modern touch. Viaggio earned him a spot on NJ Monthly’s 30 Best Restaurants in New Jersey, NJ Monthly’s Talent on the Rise, The Record’s 17 People to Watch in 2017, and two 3 ½ star reviews from both The Record and New Jersey’s largest publication, The Star-Ledger. A multitude of accolades paved the way for Robbie to open his second restaurant, Osteria Crescendo, in 2019 at just 28 years old, where he specializes in large-scale “for the table” entrees and Italian street food at its bar.

After five short months, Osteria Crescendo joined Viaggio with a spot on NJ Monthly’s 30 Best Restaurants in New Jersey, making him one of two chefs in the state to have two spots on the list. Osteria Crescendo brought Felice a glowing review from North Jersey Media Head Food Editor Esther Davidowitz, where she referred to him as a “Culinary Superstar”. Multiple James Beard House appearances a, including a solo dinner on August 19th, 2019, as well as a James Beard award nomination for “Rising Star” category with the nation’s best Chef’s under the age of 30. A nomination for Eater Young Guns 2020, being named New Jersey’s Industry Chef of the Year, and finally receiving recognition as one of the most important people of the past decade in the New Jersey restaurant scene by northjersey.com. His food is described as taking modern spins on the classics, and it has done anything but fail to date. Felice keeps a strong social media presence and continues to use everything he has been taught to his own advantage. Never settling for the minimum has been his career outline thus far, and his strive to be the best he can be has cemented him as one of the great chefs in not just New Jersey but the entire country.

We all face challenges, but looking back would you describe it as a relatively smooth road?
It has defiantly not been a smooth road! The restaurant industry is one of the toughest ones out there! Everyday, you are faced with new challenges, struggles and hardships. I think any chef or restaurant owner can testify to this. A few that were a little different for me than the usual ones were 1. Being in New Jersey 2. The pandemic. I think these were the two biggest ones that were kind of out of the norm. Being in NJ has been extremely tough. I talk about this a lot. Trying to get national press when you are in the shadows of NYC is a constant struggle.

I am grateful for what we have done at both Viaggio and Osteria, but it’s tough to know that just cause we are out here in NJ, we get overlooked! Number 2, the pandemic literally destroyed our industry, but you know what they say if it doesn’t kill you, it makes you stronger. I think making it out of the pandemic alive with both of my restaurants will forever be one of my greatest accomplishments—also, all of the cool concepts that got created because of it. One more may have been opening Viaggio at just 26! Was I ready? Probably not! But I made it happen, and I’m glad I did!

Thanks for sharing that. So, maybe next you can tell us a bit more about your work?
Well, I’m a Chef and Owner. I think for both, you most certainly have to being creative in different ways. Earlier on in my career, I was extremely focused on being creative in being a chef and in my food. Now I’m still always trying to be a creative chef but trying to put a little more focus into being an entrepreneur. I’d say most people know me as an Italian chef that puts out some decent pastas and Salumi or Charcuterie. We do all our own Salumi in-house at my restaurants! I’m probably most proud of all I have accomplished. Proud of what we have done and created at both Viaggio and Osteria. I’m also proud of my new secret project that has been really taking off! I think one thing that sets me apart from others is just determination. Im really determined to make all my dreams and goals come true.

The crisis has affected us all in different ways. How has it affected you and any important lessons or epiphanies you can share with us?
Oh man, that’s a good one! I think our whole industry has learned some important lessons because of the Covid-19 Crisis! I think one of the best abilities you can have in our industry is the ability to adapt. The ones who were able to adapt made it through it. It was a good challenge for me to be able to see how I could adapt. 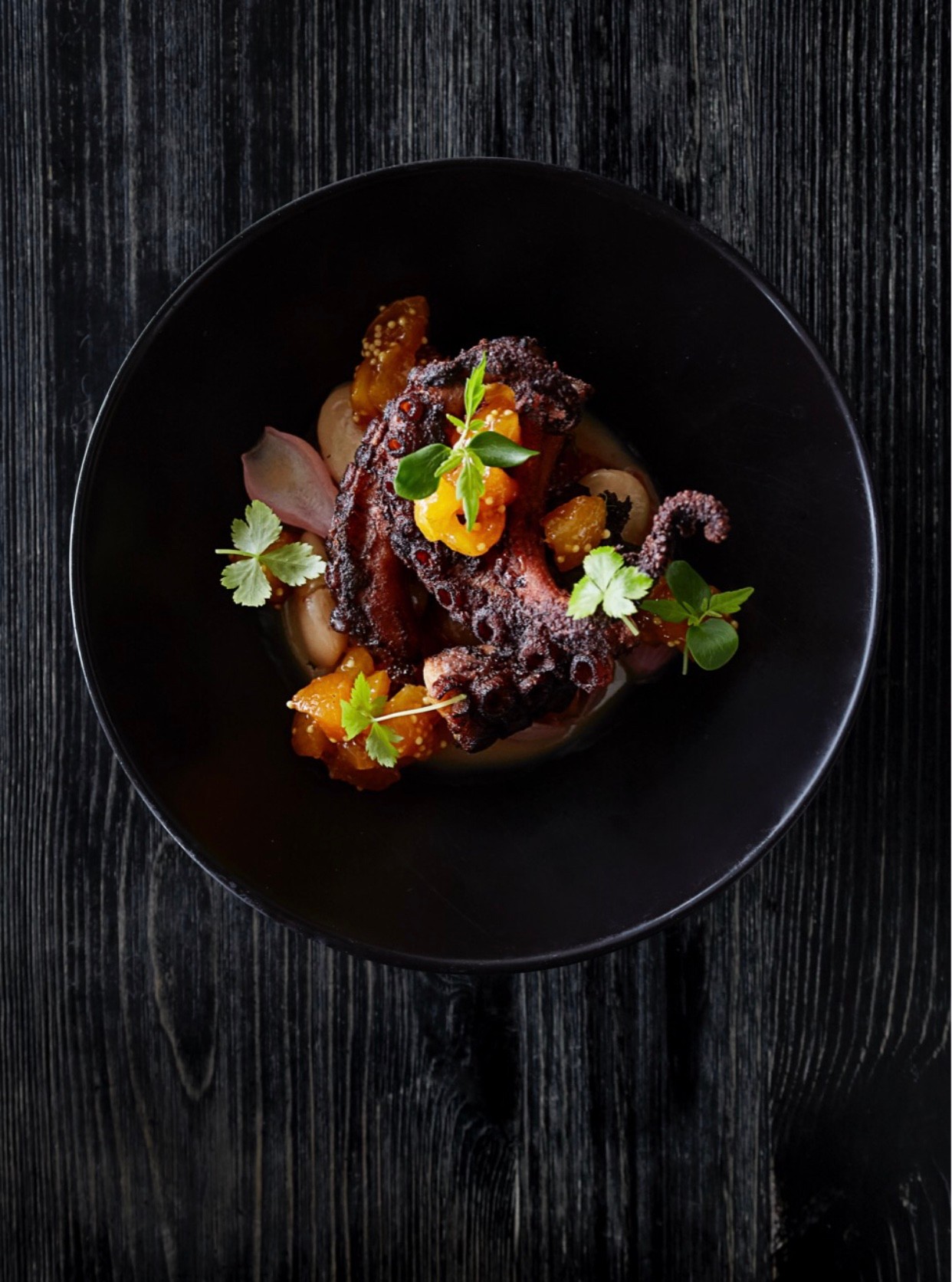 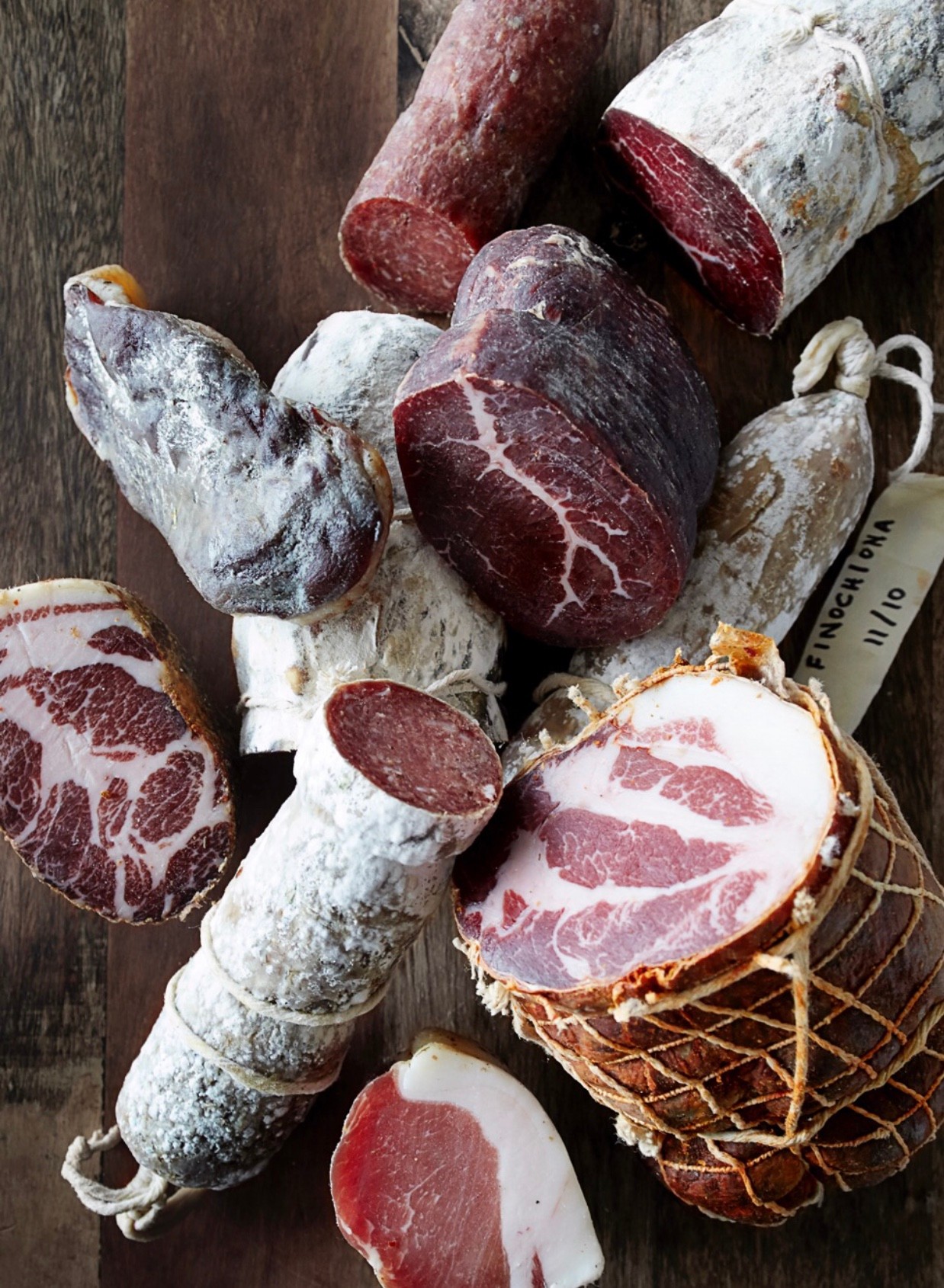 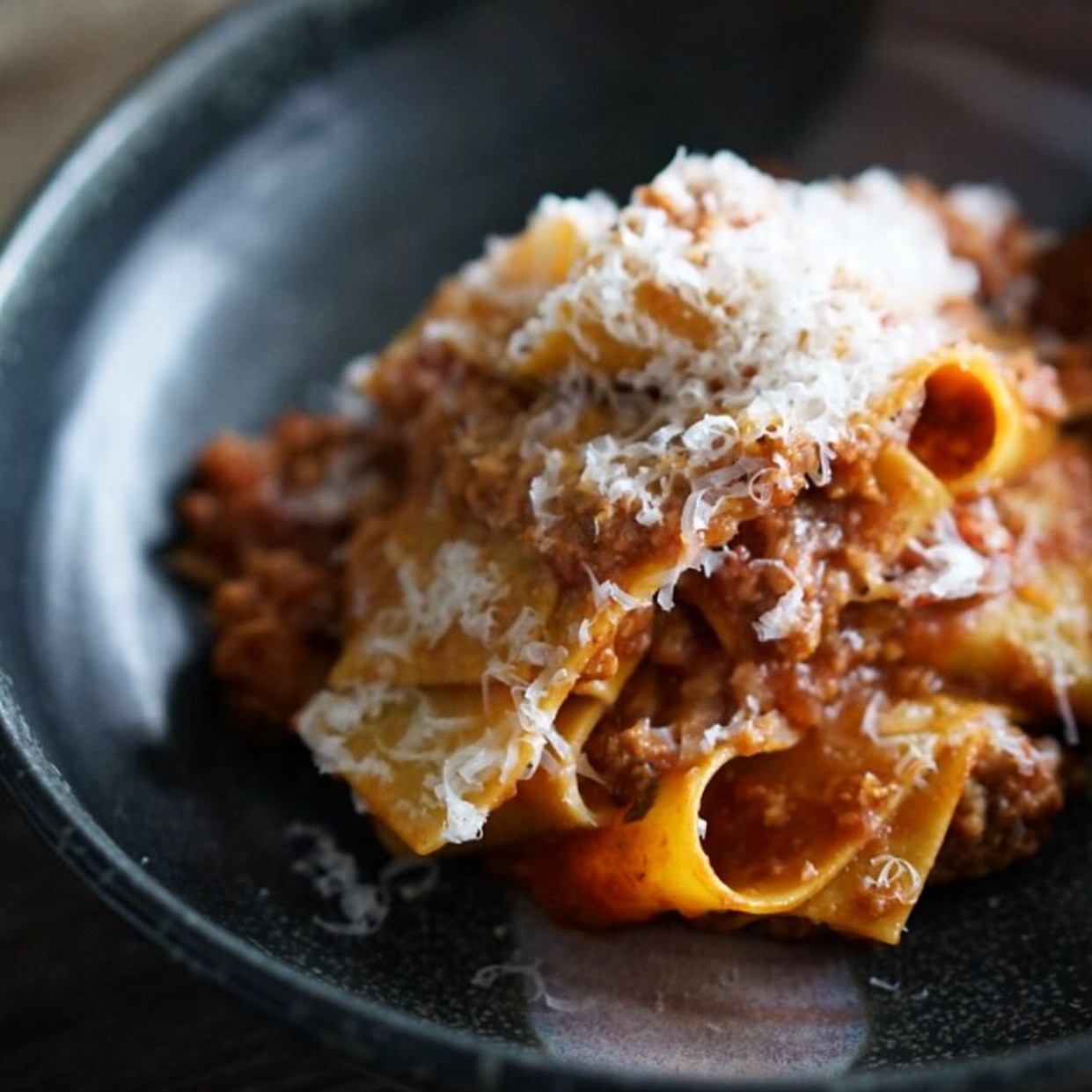 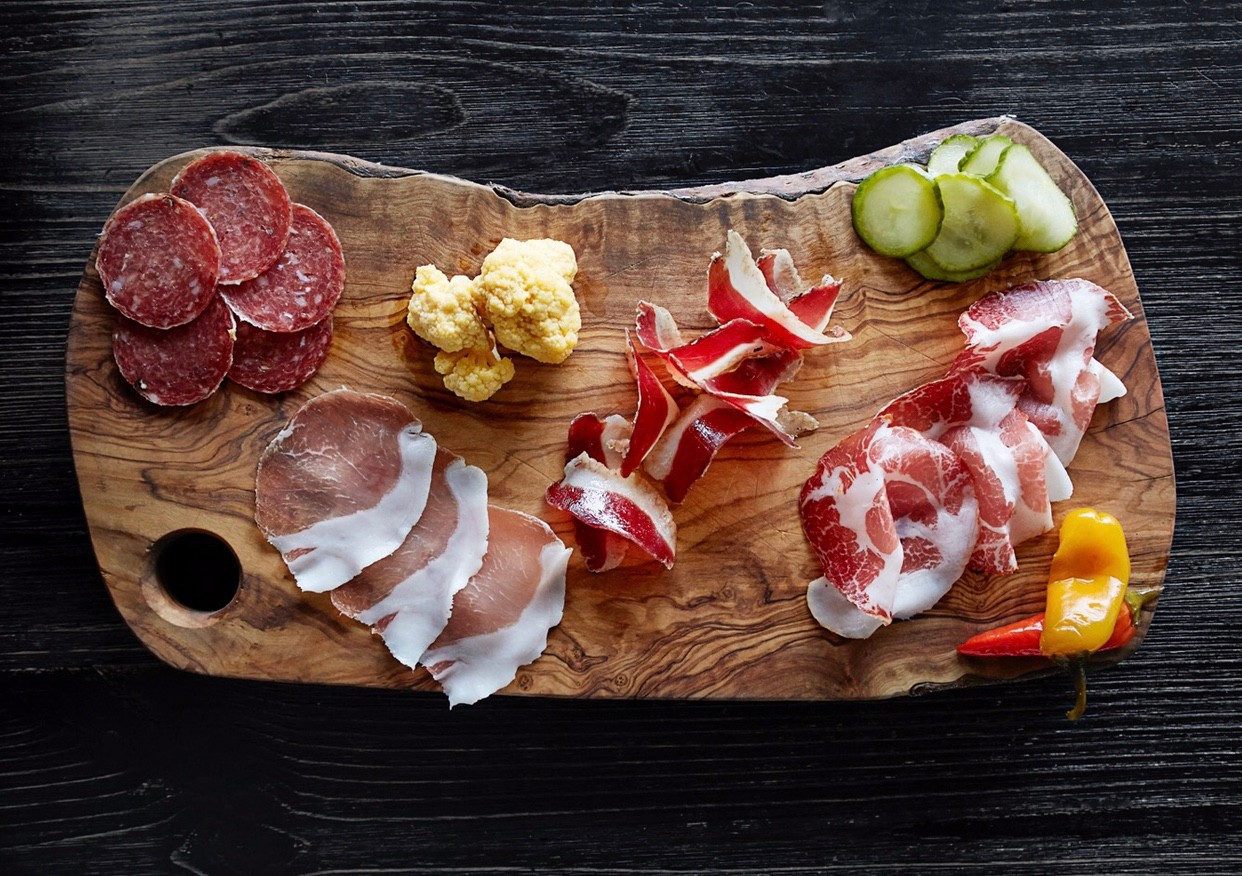 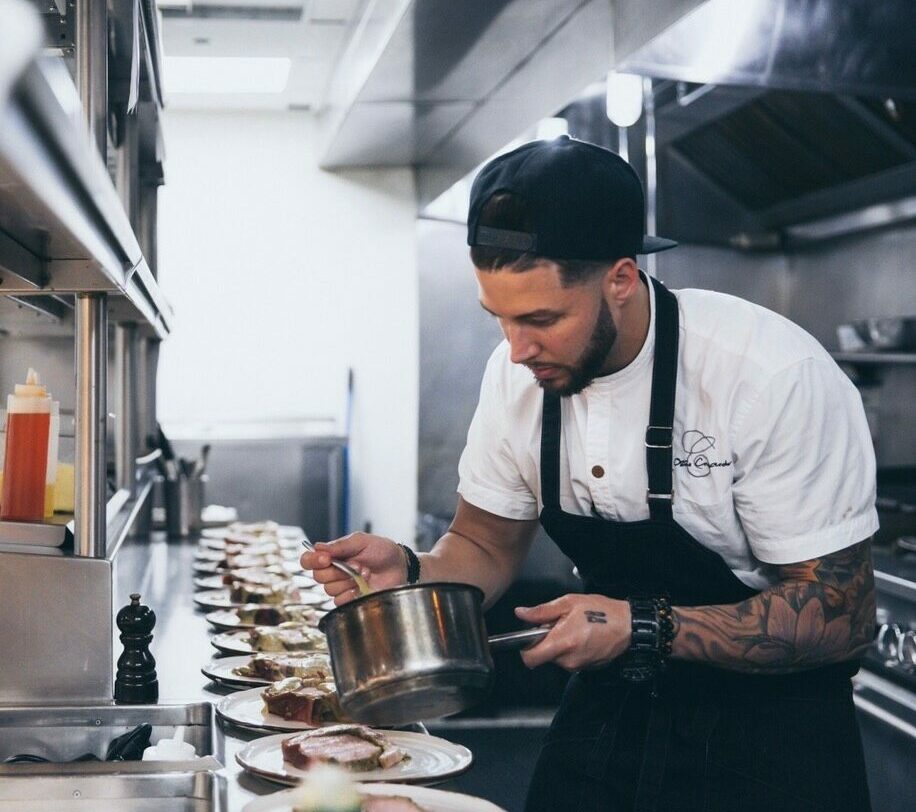 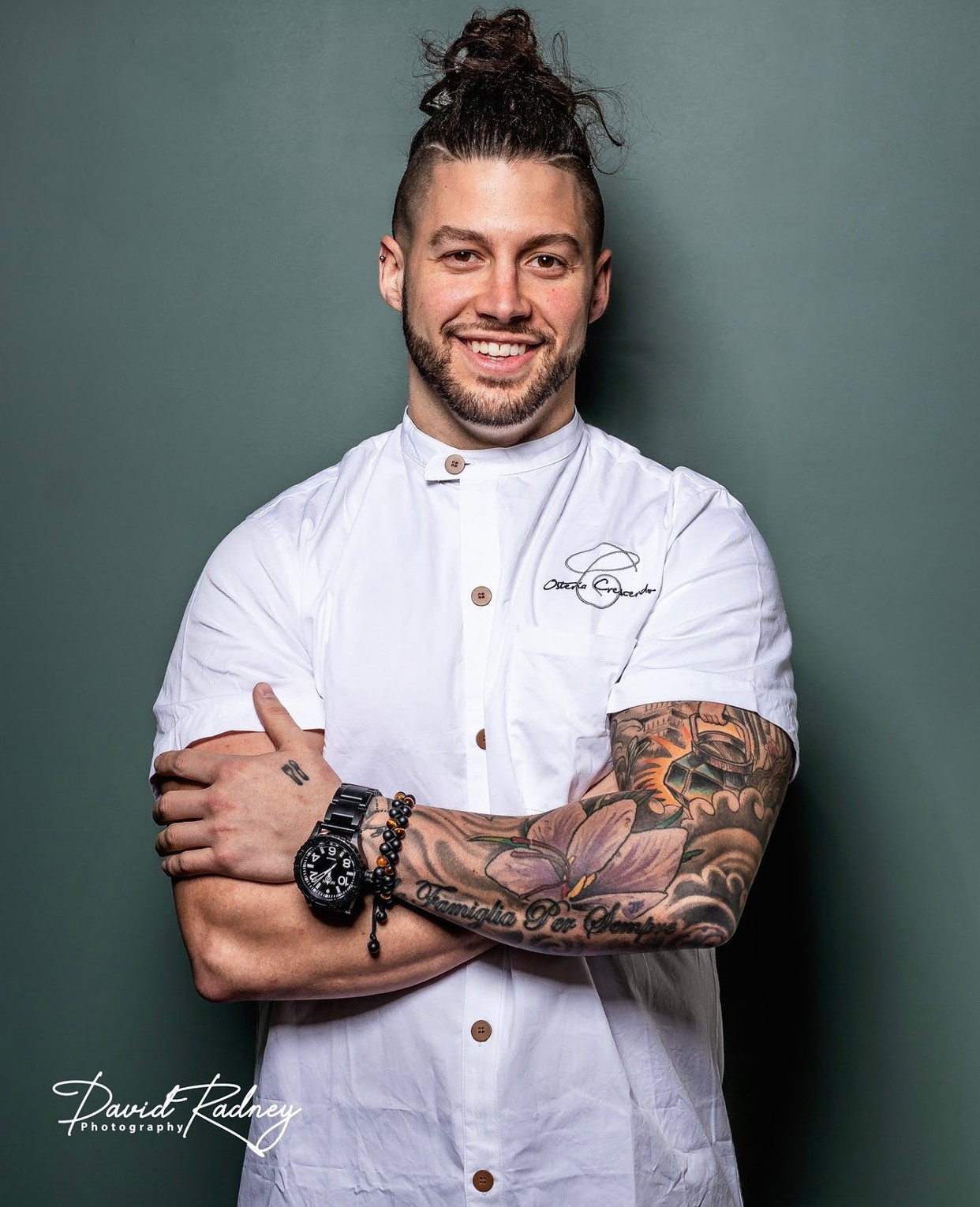 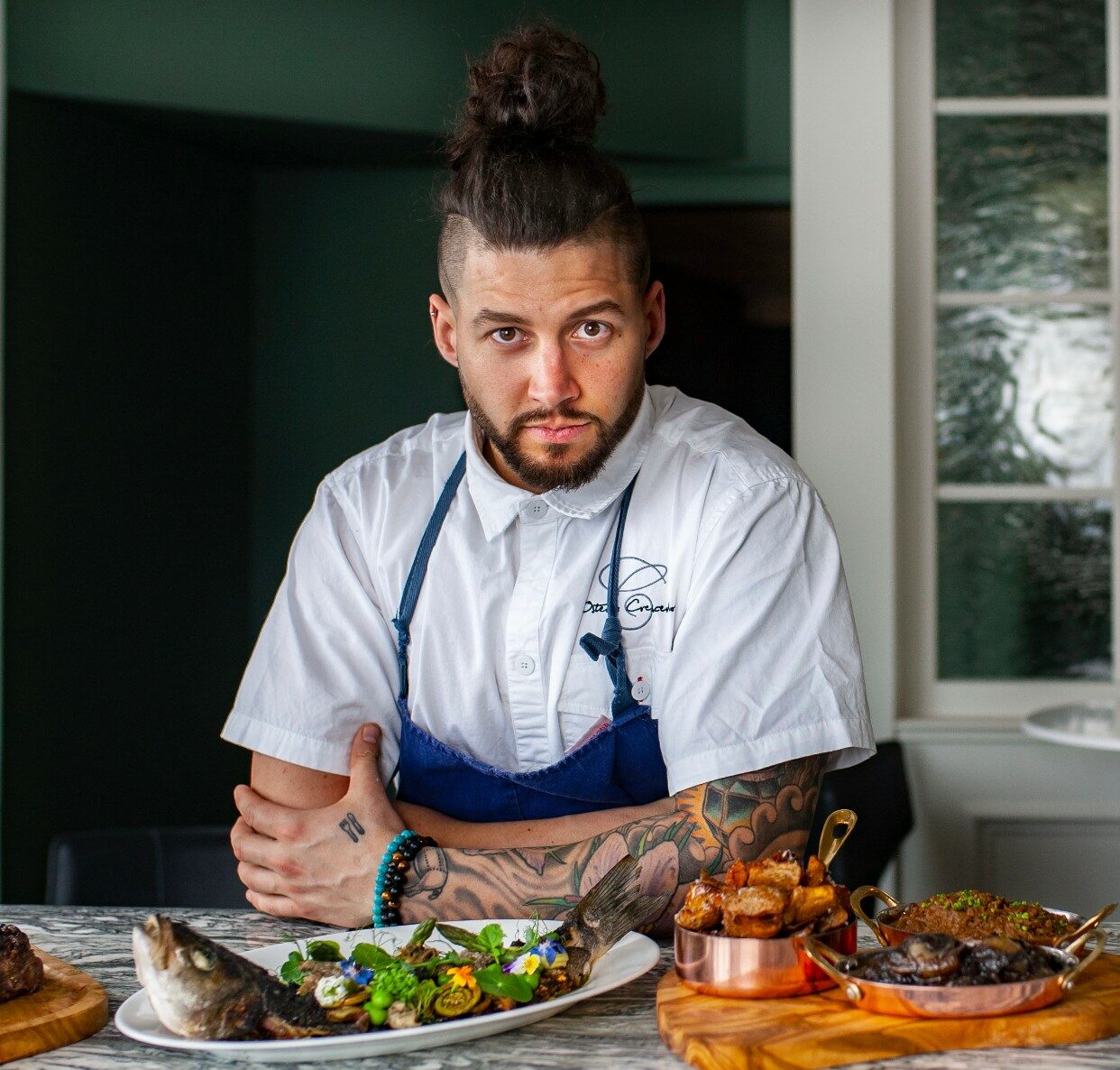