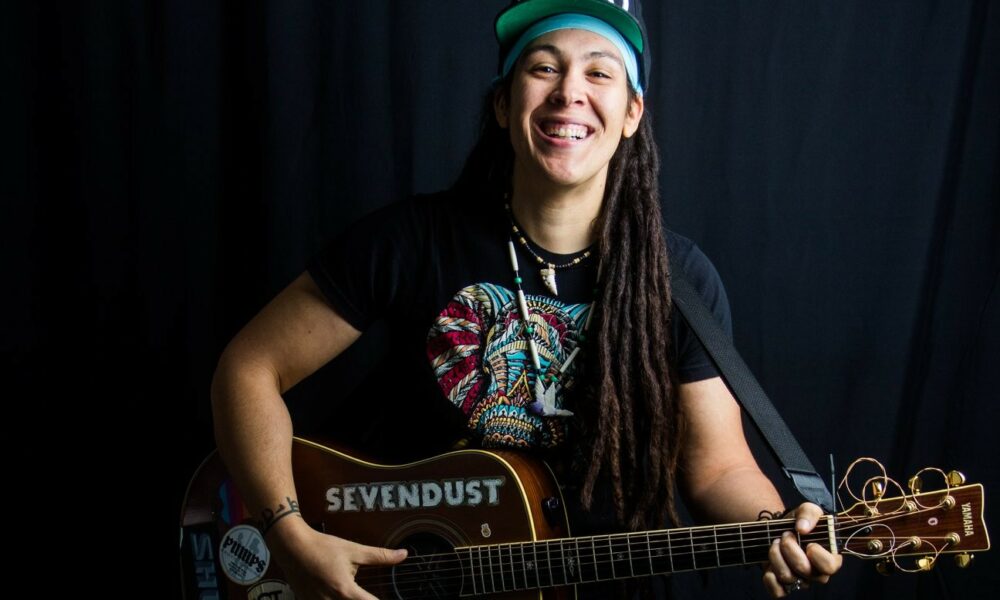 Today we’d like to introduce you to Reina Williams.

Hi Reina, please kick things off for us with an introduction to yourself and your story.
I grew up in Baltimore, the daughter of two amazing artists, Milagros Matos and Herman Williams III, and granddaughter of one of the most respected men in Baltimore City, the late Chief Herman Williams Jr. My mother sang opera for most of my childhood into young adulthood, and my father is a sculptor who was also in the TV business, starting out working with his brother, my uncle Montel Williams. Both of them always encouraged and supported my creativity while reminding me to stay grounded and move with integrity when it came to my self-expression.

My first performance experience was at 18 months as an extra in a Baltimore Opera production of “Dialogues of The Carmalites”, where I waved to the conductor as my mother walked onto the stage with me in her arms. At about age 10 or 11, I would go with her to choir rehearsals and I was so fascinated with the way the different voices harmonized, hearing the director break down each part and then the ensemble singing them together. That was when I knew that one day I was going to start creating my own music.

I started taking piano lessons around that same time, at age 10 or 11, but quickly became more attracted to the guitar as grunge gained popularity in the 1990s. For my 13th birthday, my Dad gave me an acoustic guitar which is the same one I play today. It just has more stickers. That is when I got into songwriting. I learned some basic chords, played covers that were featured in monthly issues of Guitar World Magazine, and really said “ok, I love this. This is what I want to do”.

It wasn’t until I moved to Pikesville and entered my sophomore year of high school that I really started to shift into wanting to really “do music” as my life path. I was in a few bands over the years but the day I was introduced to MIDI music composition during an elective course called “Music Technology” was the moment everything changed. I realized that I could use computer software to make all of the music I heard in my head, all of the drum parts, bass lines, and keyboards, come to life without having to go into a big studio.

After graduating from Pikesville High School in 2000, I took some time off from standard academics to spite being accepted into Towson University, and then decided I wanted to go to recording school. I needed to know how popular music was made, recorded, produced, and negotiated, so I attended Omega Studios School in Rockville, MD. I took every course they had and finished my time there with 5 certifications.

In 2001, I interned at a few studios, briefly worked with a house music DJ/producer in New York, and really just soaked up all that I could. Thanks to the support of my family, I had the tools to create music at home. Wherever I lived that had a closet, I would transform it into a vocal booth and record myself. To this day, I still have a “closet booth”.

My first paycheck for creating music came from an unexpected area of the music business that I otherwise would have ignored if not for my Fathers encouragement. That area was publishing. I had a meeting with a local music publisher at the time and walked in the door with a CD of 25 original instrumentals that I had produced. He bought 23 of them on the spot. Some of those tracks are still generating passive income for me to this day.

Now, after about 20 years in the publishing world, I have worked with global publishing giant BMG as well as APM. I have written over 200 songs and have had my music placed in about 400 shows, commercials, and movie trailers. As far as performing, I have rocked stages from Brooklyn to San Fransisco, and I most recently began producing music and “DJ-ing” for a DMV-based dance company called Sole Defined.

I’m sure you wouldn’t say it’s been obstacle free, but so far would you say the journey has been a fairly smooth road?
Wow. Um . . . NO! Haha such as life, right? Half of the struggle was my own personal mindset. I often stood in my own way in the form of fear, ego, self-doubt, and just not trusting people. This distrust was not unwarranted. There are many MANY people in this business who take advantage of an artist’s desire to make music a career. I, unfortunately, encountered too many people who talked a lot of big things, spent a lot of big money, but ultimately had their own intentions without my best interest in mind.

The other half was being underestimated and not taken seriously purely because I am a woman. I was often asked, “did you make these beats all by yourself?” A question that I never heard asked of my male peers. I also encountered a challenge to my personal choice of outward appearance. I struggled a bit with it, but staying true to myself helped me to realize how valuable I am AS I AM. I don’t need to pretend to be something or someone I’m not.

As you know, we’re big fans of you and your work. For our readers who might not be as familiar what can you tell them about what you do?
Ok cool, this is where I get to talk about the other aspect of my artistry. Performing. I sing, play guitar, write songs, arrange vocals, produce my own beats, record myself, mix my tracks, and make a mean cup of coffee. A regular over-achiever. Haha.

One thing that makes me valuable in the publishing world is that I can do all of these things and deliver a high-quality finished product. The thing that sets me apart from others is that I also happen to have a great rapping voice as well as a unique singing voice. I’m often hired to create dramatic or inspirational Hip-Hop songs for film and TV placement and there have been more than a few times when someone recognizes my voice in something they are watching.

In the past few years, I have integrated live looping and production into my stage performances. I basically build a song on the fly using my voice, my guitar, and a beat machine, and then I perform to its accompaniment. It’s a pretty fun and cool process to watch and even more fun to make happen.

What I am most proud of is my latest milestone. After 20 years of serious “grinding” for my art, I signed my first single deal with an indie label called High Vibe Records. On August 15th 20022 They will be releasing a track I did called “Unlock It” on their sub-label Thrive Records. Everything began to come together for me the minute I surrendered to making the music that my heart wanted to make, and surrounding myself with people of integrity.

If we knew you growing up, how would we have described you?
I often found myself surrounded by adults as I am an only child. That being said, I was and still am super silly. I love making people laugh and my Dad often reminds me of the times when I’d be on the playground and kids would just follow me around wanting to play with me. Adversely, I was also bullied but that never stopped me from being kind and genuine.

Music was always an interest growing up as well as a deep love for action and sci-fi movies. I LOVE the Alien movies and I can quote the original Predator film word for word. After seeing The Matrix, I actually started studying Kung-Fu for about 6 years and fell in love with it.

If I was not in the music business, I would definitely be in the film and TV business for sure. 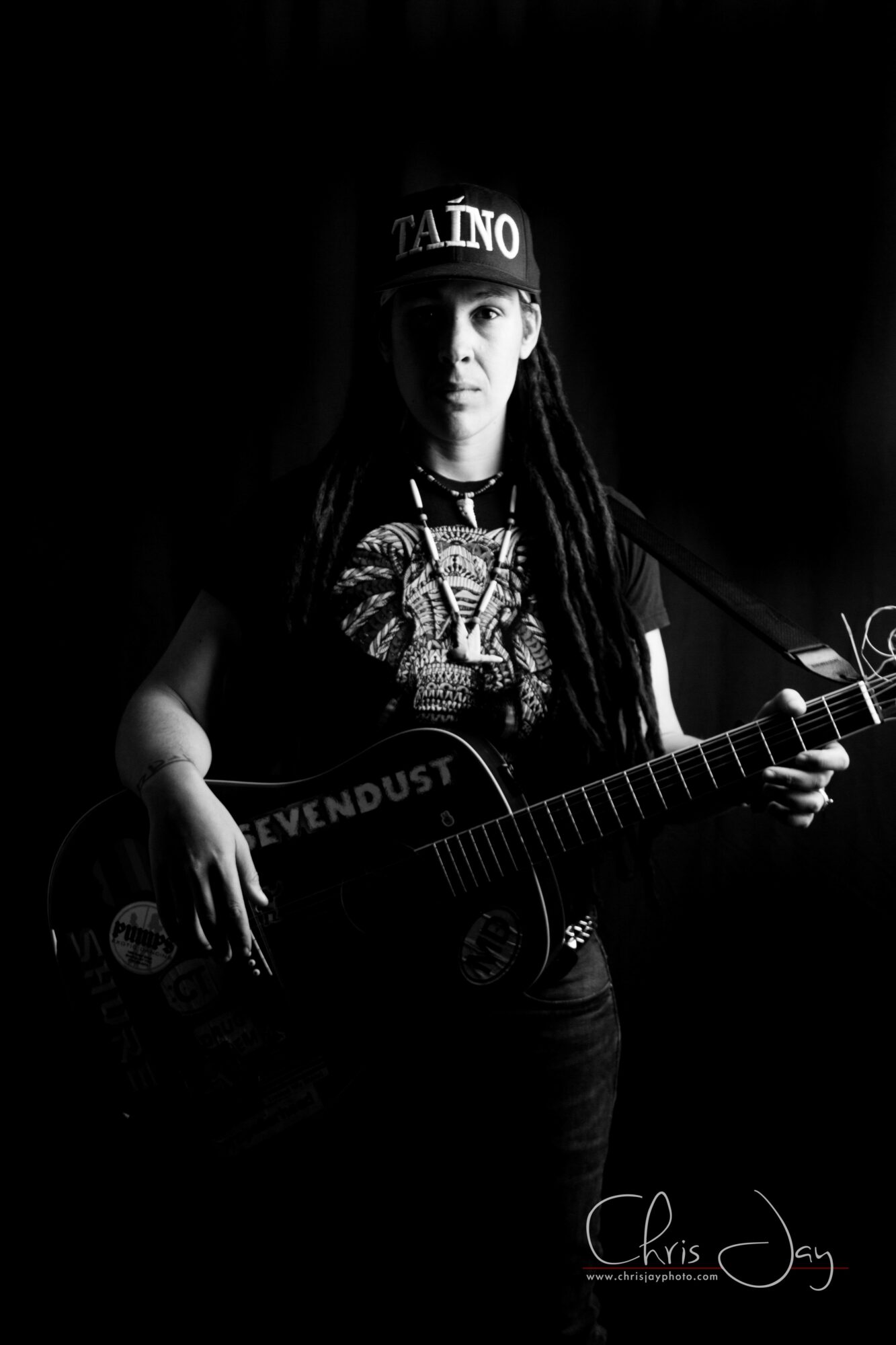 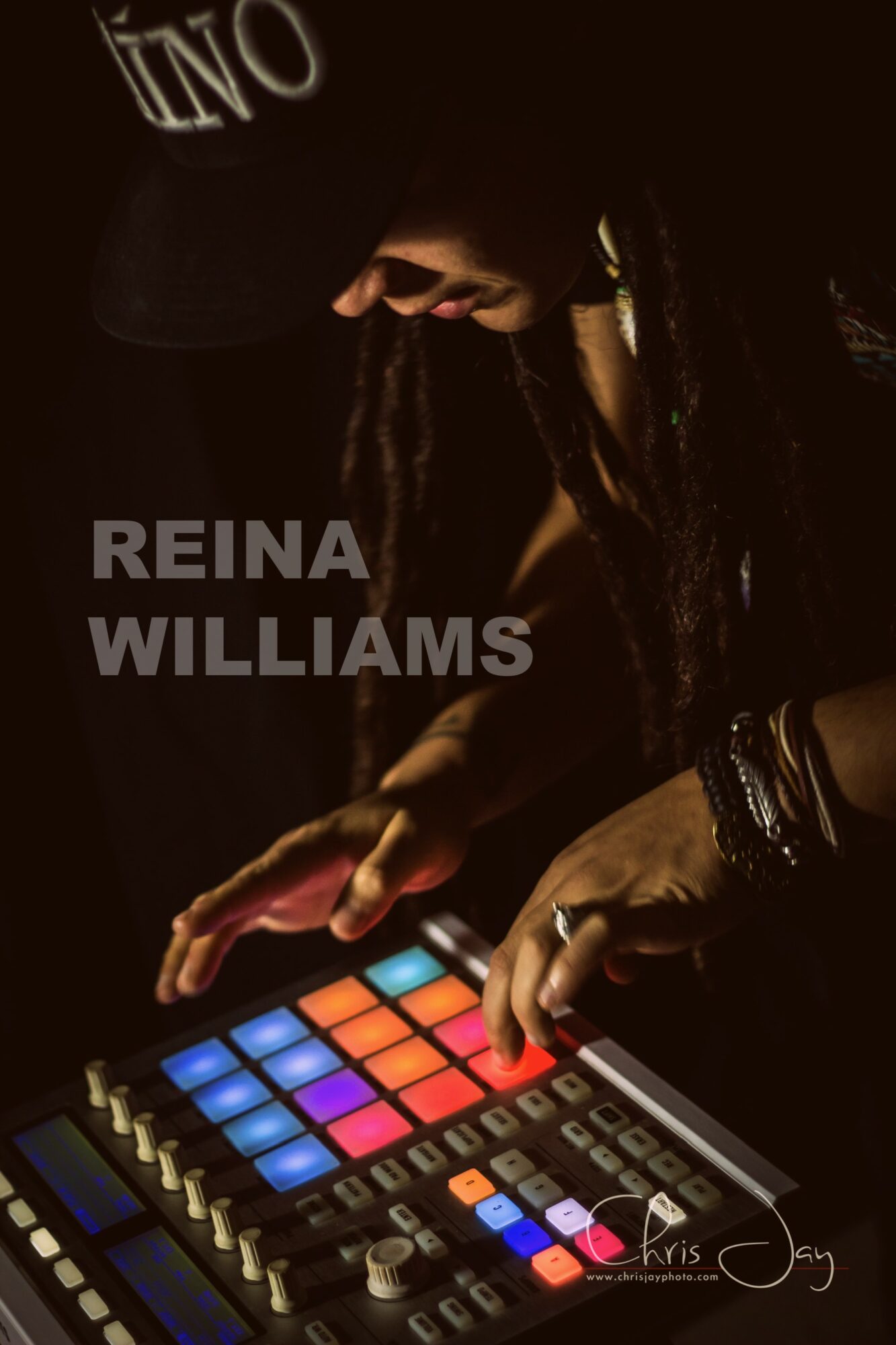 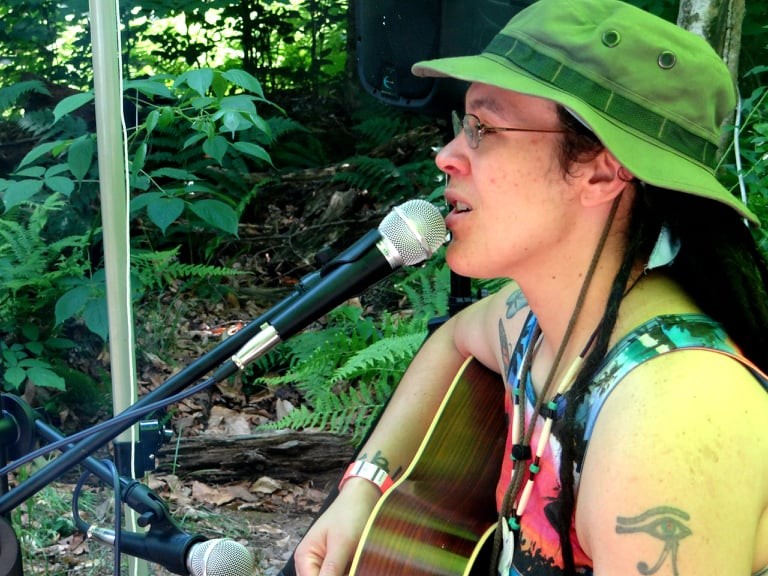 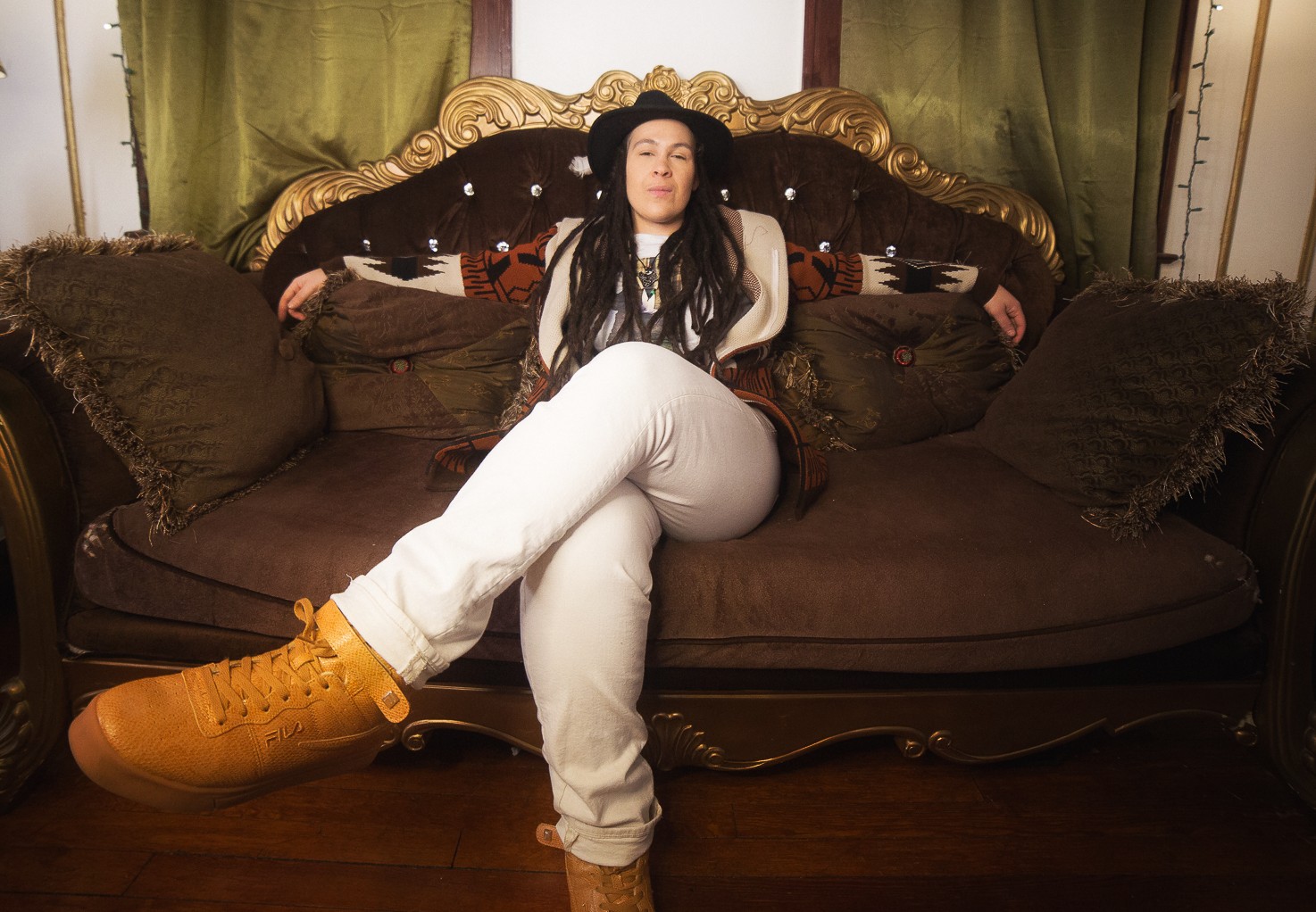