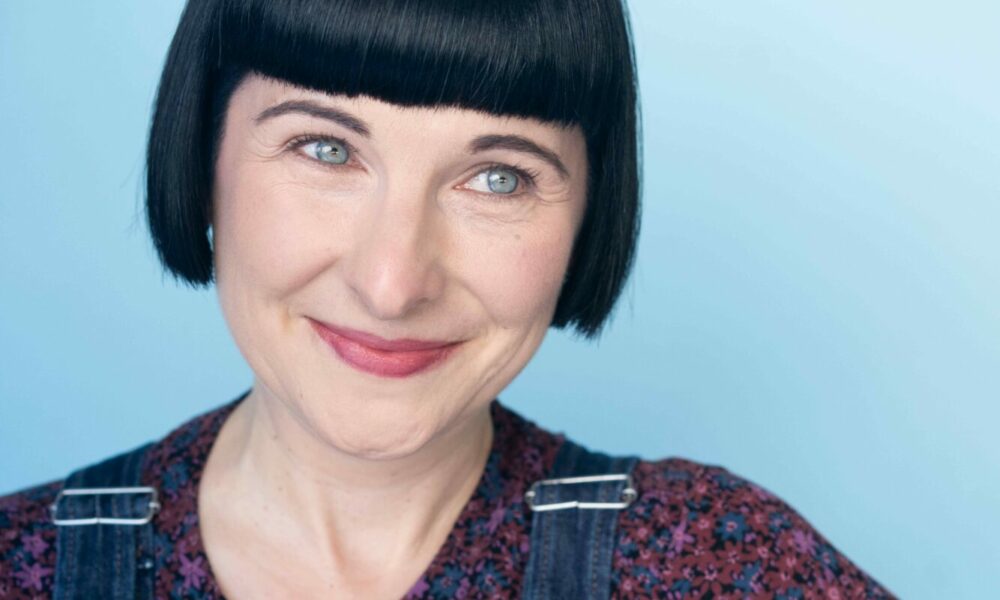 Today we’d like to introduce you to Kat Brower.

Hi Kat, thanks for sharing your story with us. To start, maybe you can tell our readers some of your backstories.
I grew up a couple of hours north of NYC in a town called Hurley, NY. I was always fascinated with the stage and remembered seeing plays at the high school with my mom and sister as a little girl. My family ended up in Northern California, where I finished high school, and while most of my classmates I performed with in school plays went to nearby Los Angeles, I knew I had to go to New York if I wanted to pursue a career as a stage actress.

I studied at Marymount Manhattan College and eventually worked as a professional stage actress in NYC, San Francisco, San Diego, and Los Angeles. This is where I met Octavio Carlin and the very talented artists and actors of Teatro de la O. We met when I auditioned for Octavio’s play Hollywood Party. I was immediately drawn to the script because the characters were primarily old Hollywood royalty, people from the silent and early talkie eras I adored. Still, most other people had never heard of it. Octavio wrote several plays about old Hollywood that I had the privilege of working on, portraying greats Mary Astor and Gloria Swanson. To name a couple, he asked me to portray Baltimore legend Claribel Cone for his film 27 Rue de Fleurus, and I jumped at the chance! I had never heard of a biologist/French art patron that flourished as both at the turn of the century, and the screenplay was so funny and over the top that I knew it would be great fun!

Would you say it’s been a smooth road, and if not, what are some of the biggest challenges you’ve faced along the way?
There are always challenges when you choose to pursue a career in the arts. I had some misconceptions when I started – mainly that I would be able to support myself by being an actor, especially after I got into Actors Equity, the theatre actors union, and later into SAG-AFTRA, the screen actors union. I learned that less than 10% of actors in SAG make their living as such! That was a shock, but it was also comforting. Acting work sometimes begets more work but often does not. I’m fortunate that I have always had another skill set and haven’t had trouble supporting myself. I often counsel young coach actors just starting so they can avoid the pitfalls of my early career.

I tell them that many artists believe you have to suffer for your art (and I used to be one of them)! The truth is that you don’t have to have a job you hate to prove that you love your art. You don’t have to sacrifice a personal life and relationships to be a fulfilled artist. I’m lucky in that I have my acting work, a day job that I love, a supportive husband, and a wonderful two-year-old daughter in my life. Sure, I’ve missed some big family, friends, and life events due to conflicts with acting work (weddings, vacations, concerts, etc.), but for the most part, I have no regrets. Keeping a strong spiritual center helps get you through the uncertain times when you aren’t getting as much work. For me, that means meditation, prayer, and remembering to breathe and always feeding my art – whether it be via creating my content, writing scripts, or finding local actors to rehearse with.

Thanks – so what else should our readers know about your work and what you’re currently focused on?
I’m not sure I’m known for anything, haha! Most of my work has been in regional theatre, so you might not have seen me if you were in the audience in San Francisco, Los Angeles, Solana Beach, or Hells Kitchen. People always comment on my eyes, presence, and sense of humor. I would be your best friend if that friend happened to be a witch from the 1920s with a penchant for pratfalls. 😉

I understand that “27 Rue de Fleurus” will be streaming soon, so hopefully, you will soon know me as Claribel Cone of The Marlborough Apartments and Paris! It is an absurd portrayal full of absurdist humor rather than purely realistic. Still, I think it will bring awareness of Claribel and her sister, Etta, to a larger audience.

How do you define success?
Success for me is inner peace and artistic fulfillment. I love “The Mystic in the Theatre” – Eva La Galliene’s biography of her friendship with Eleonora Duse. Duse embodies the marriage of the spiritual and the artistic in a way no one else can. I know I’m successful when my daughter is healthy and happy, my home is calm and serene, and I’m flowing with my art. 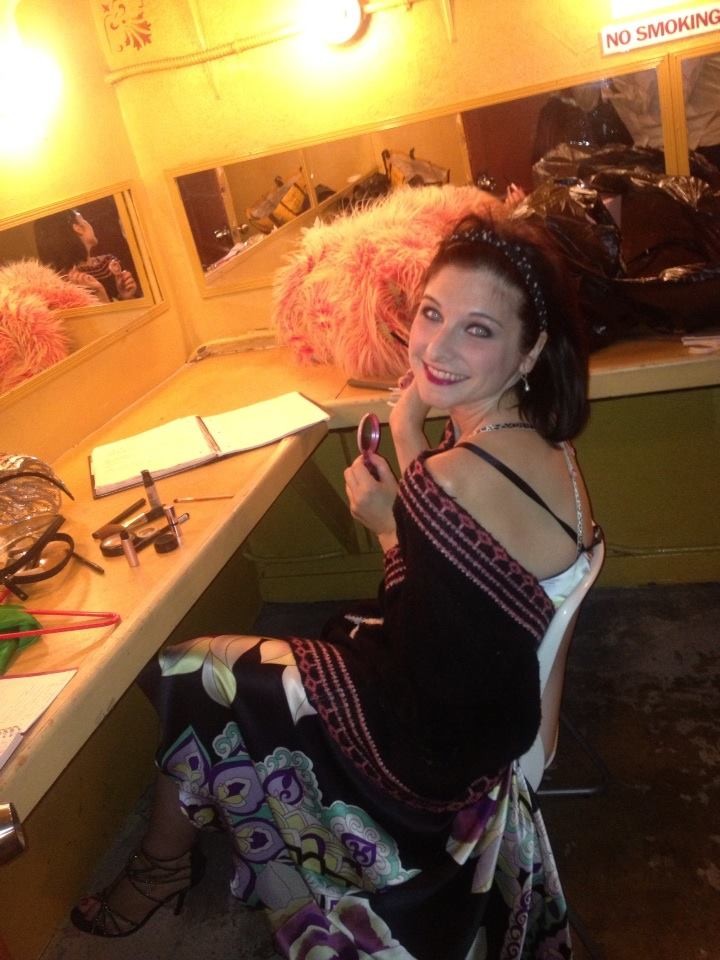 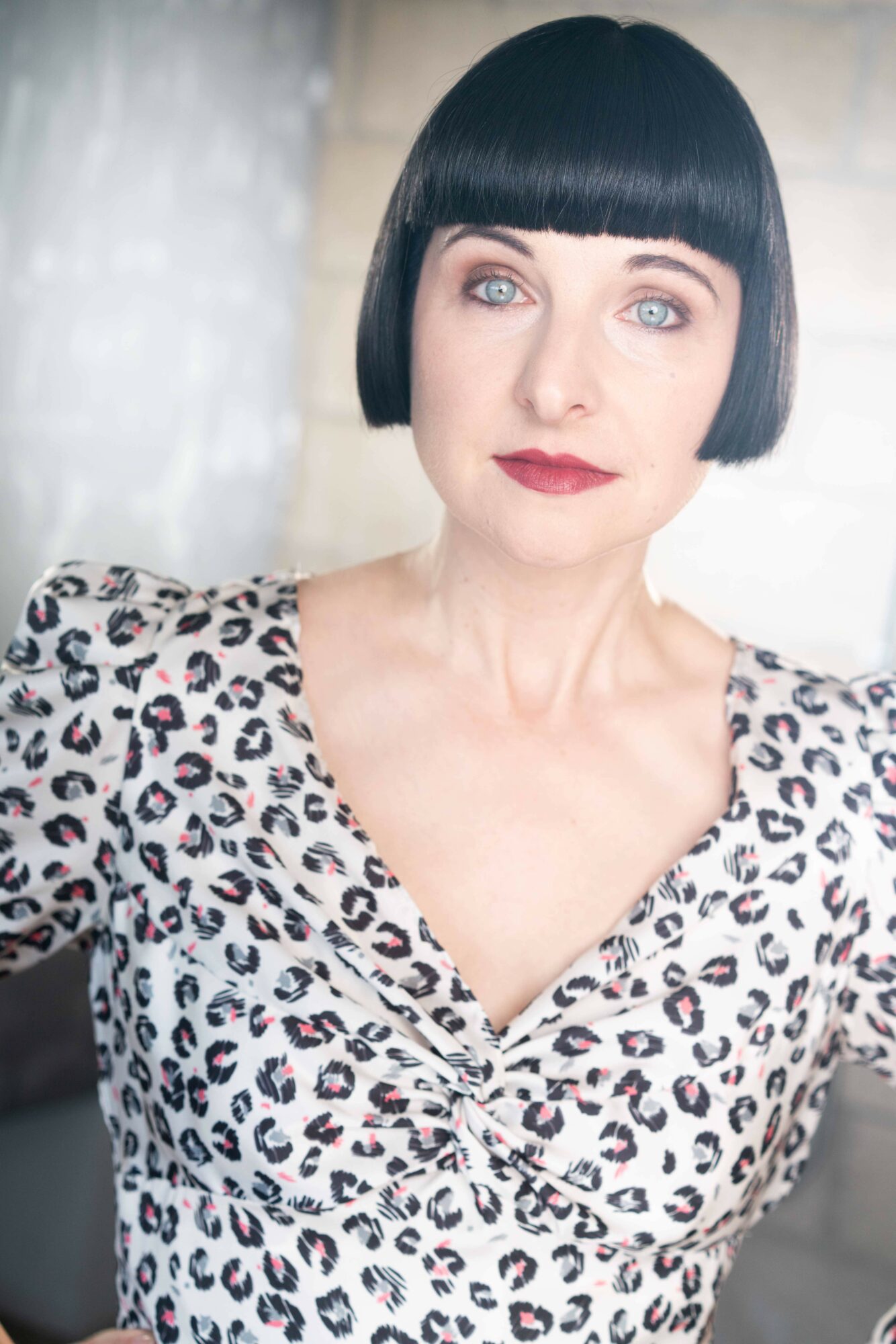 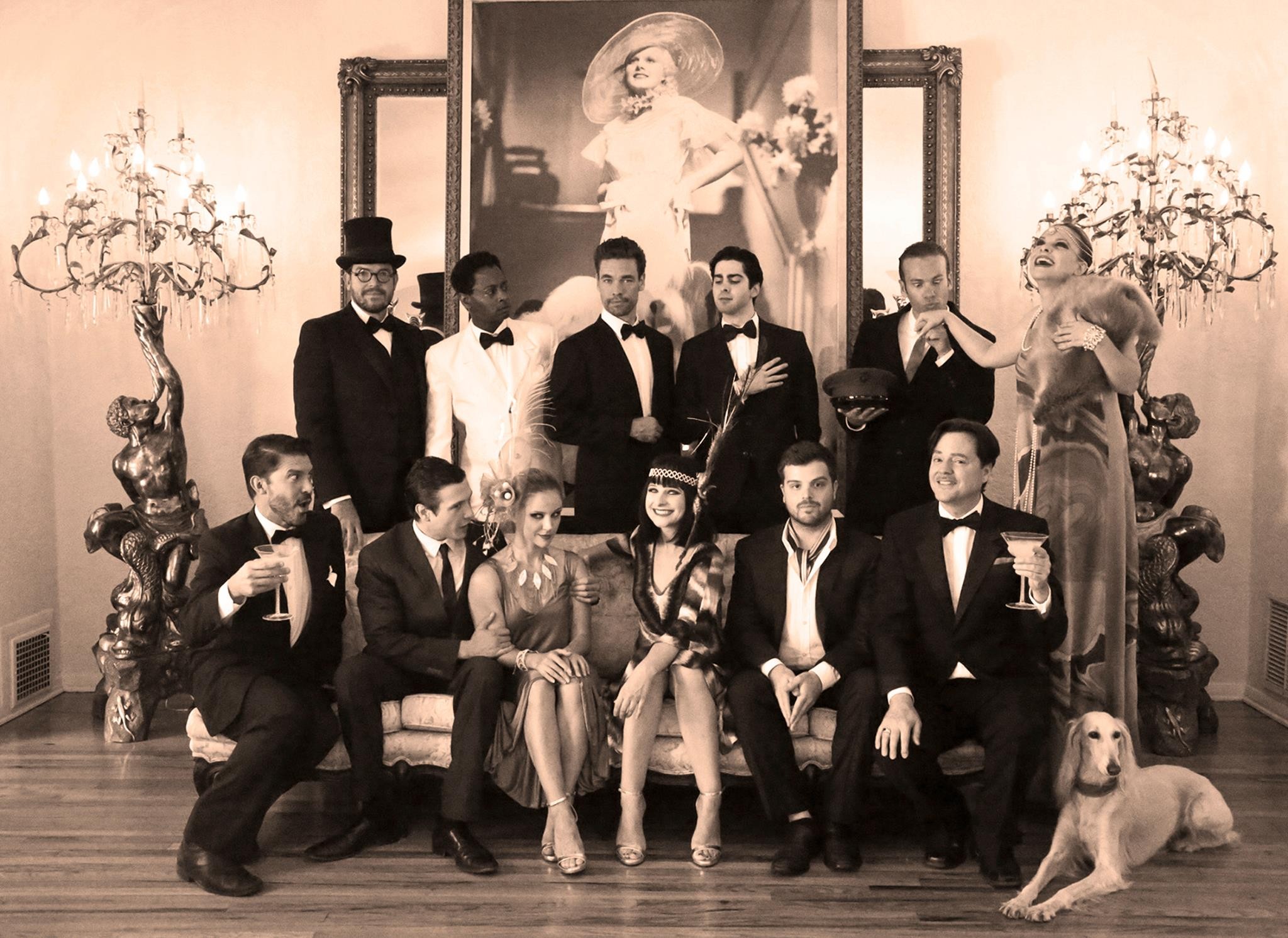 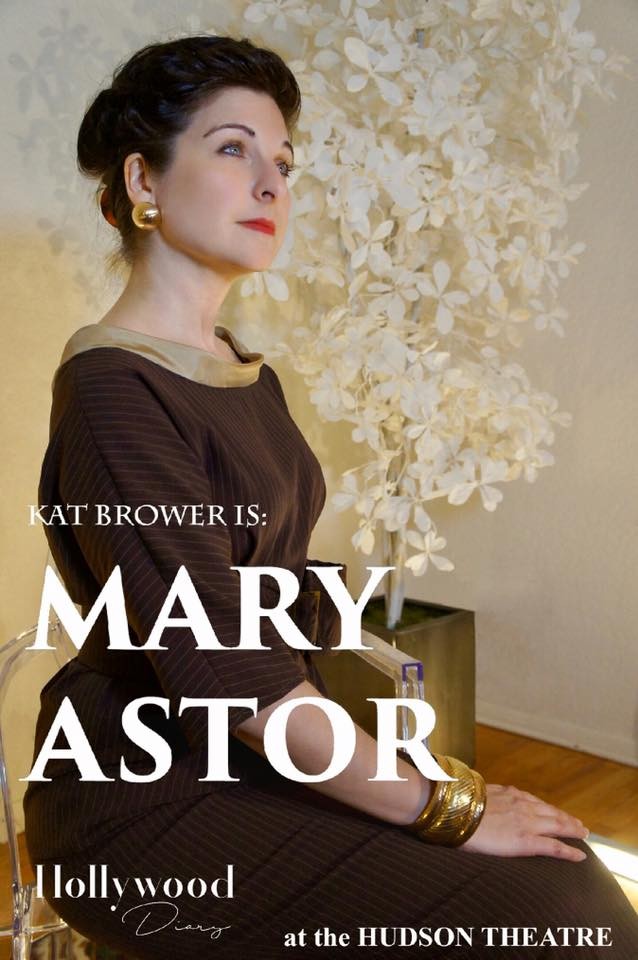 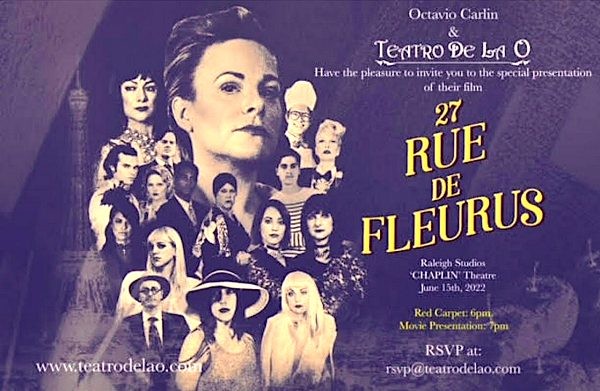 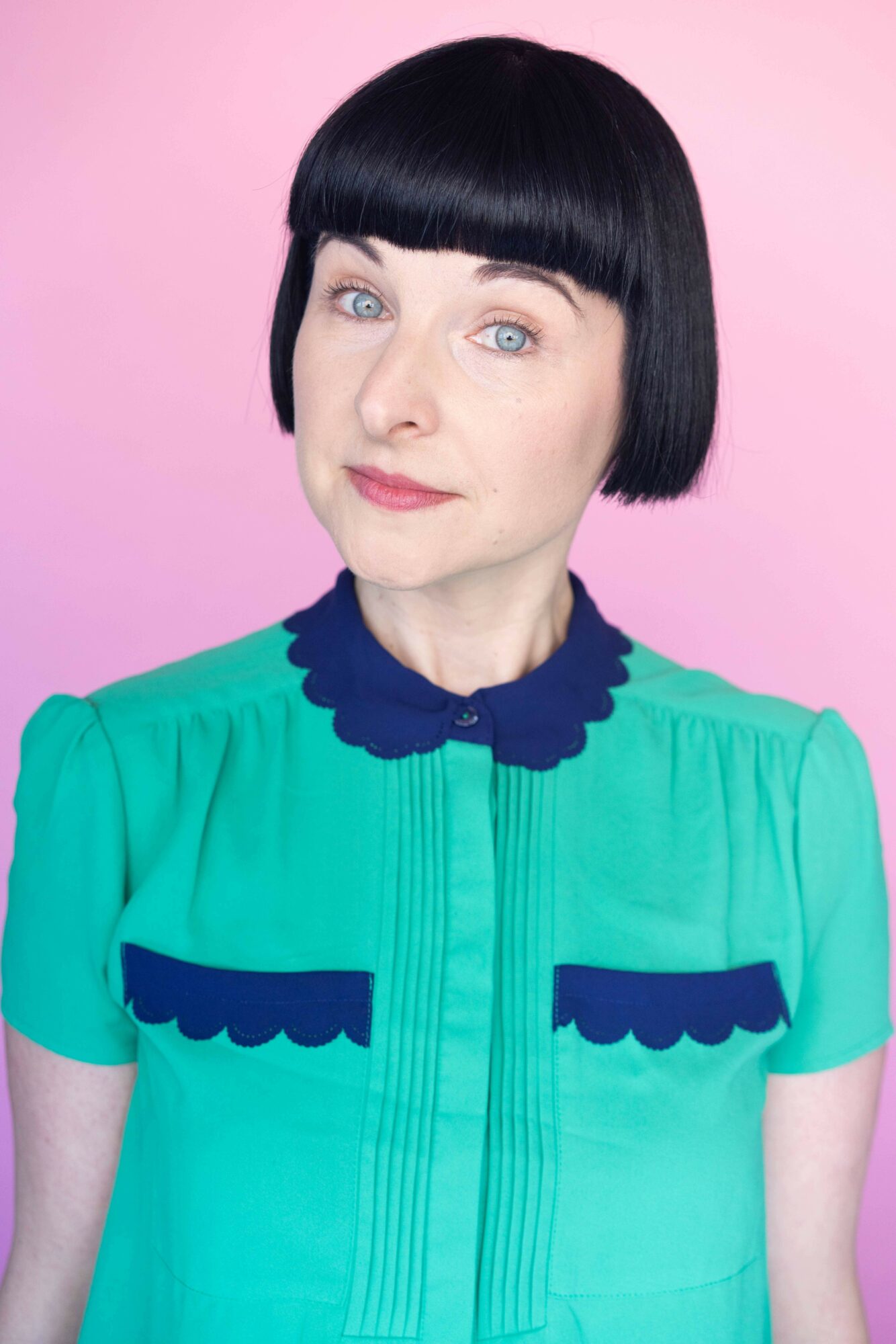