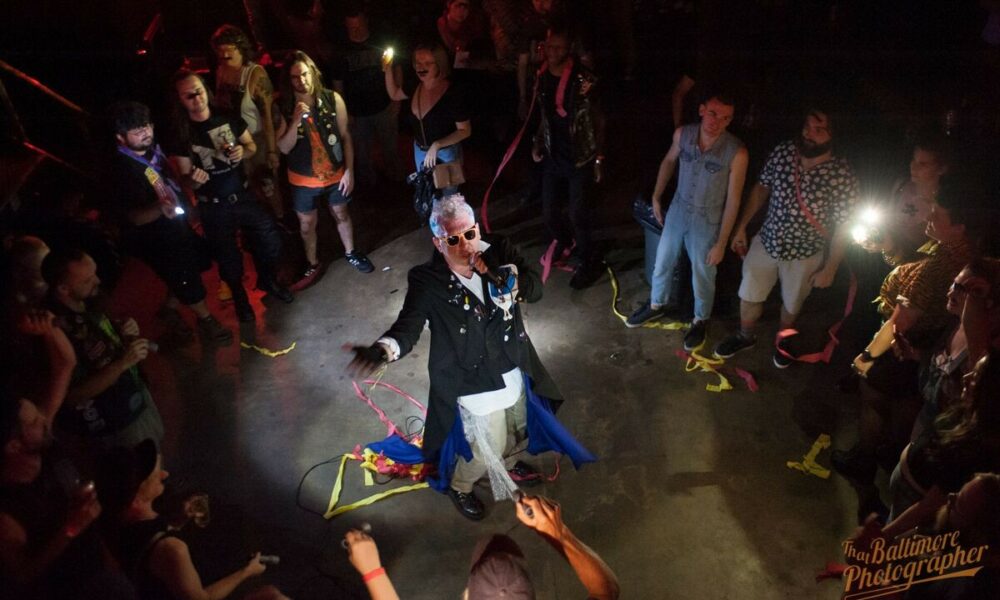 Today we’d like to introduce you to Daniel Ouellette.

Hi Daniel, so excited to have you on the platform. So, before we get into questions about your work-life, maybe you can bring our readers up to speed on your story and how you got to where you are today?
I would like to say thank you to you and to whomever it was that brought me to your attention. I live in Maryland now, but not Baltimore and I was a bit trepidatious about the interview because I did not want to pretend I am from Baltimore. The city has been very welcoming to me – a friend from the city suggested that it recommend others. I am originally from Massachusetts and that’s where I began writing songs and performing but never really had formal lessons at that time. Music and art was an outlet, like it is for so many of us, to use our imagination, energies, and to express our stories but I had never given much notion that anyone publicly would want to hear or see what I was doing for many years in my adulthood.

In the high school years, I did take the avenue of self-expression outwardly and I was in a few bands with my dear friend Scott Harrison and we had a very DIY attitude of experimentation. This collaboration helped me to be more organized because he is so much better than I at that. I was like Godzilla and very much just walked out of the sea and kept moving- which is good.

In college, I worked full-time and various part-time jobs while I concentrated on my studies in Art and Spanish. At that time, I was more focused on visual arts than musical/performing arts. I did keep writing and recording demos with a few periods of taking breaks. Eventually, after college, I began to step out of my cocoon; I started performing in public very slowly.

I support moving by one’s own time whilst thinking of the time you may be sharing with someone else. But I’ve always moved by my own time clock anyhow and thus I am sort of a late bloomer when it comes to things like public performances, releasing albums, etc. It was not so much a fear issue or lack of confidence, I was not sure what to do and then the internet came along. Though I do often get feelings of going inward and staying home

In the early 2000s, whilst living in Portland, Maine, I began busking with a synth on the street: then to open mics which brought me to playing in venues. Around that period, I moved back to Massachusetts with my now husband and began teaching at the University of Massachusetts, this gave me the schedule with freedom that I love, and began to explore performing around New England and then touring outward eventually to other parts of the country, Canada, and Spain. This is how I had become introduced to Baltimore. I have been very fortunate to meet and perform with so many wonderful musical acts: bands, DJs, and other artists, we moved to Washington DC for my husband’s career and recently to Chesapeake Beach because we missed the sea.

Would you say it’s been a smooth road, and if not, what are some of the biggest challenges you’ve faced along the way?
No? Maybe? Hmm… I am not quite sure what to tell.

There have been obstacles and great wins personally and professionally.

I will touch on professional issues and leave the personal struggles out, as it is a bit out of my comfort zone to discuss them.

Professionally with music, the greatest challenges have been those of finding a place to fit in musically.

Though, I feel it is something that is not something terribly unique to me. Anyone who may be wavering about what they need to do artistically. Do it! Success is by our own definitions.

There are always struggles of how one does something, how to earn the interest and find the path.

Eventually, I resolved this by facing the fact that I would do what I am doing because I want to do itand see where it would take me.

Thanks – so what else should our readers know about your work and what you’re currently focused on?
Here is a description of what I am most proud of when it comes to my work as I am a singer/songwriter/performer and now music video creator.

“Daniel Ouellette delivers a multilingual, experiential tour de force that fuses the musical traditions of New Wave, Techno-Pop, New Age, and World Music with lyrics in English, Spanish, French and Portuguese. An eclectic mélange of electronic music, projected visuals, props, and traditional (and nontraditional!) instruments, his interactive, high-energy shows blend playful performance art with true musical talent in an engaging “you had to be there” style.”

For the past 20 years, I have been performing around the country and Canada and a few times in low scale to Europe.

Live performance is my favorite and is so much work. I love singing most of all and engaging with the people at the show. The show becomes ours and we make the most offbeat party together. I have been very fortunate to have this work as it does because we never know how anything will turn out.

Often, I am told “Well he’s a performer” because I choose not to play instruments when I sing and, yes, I am a performer and with happiness, however, I write about 85% percent of my material alone, 10% is co-written, and 5% are covers or reworkings of songs. When I write songs, I write songs about things I want to hear and hope that they reach a listener and it does something special for them. I like a listener to add their own interpretations too.

One of the gifts of working in the performing arts is not only creating art but building artistic relationships with others.

We all are busy doing what we do and I love that, but I want everyone that I know to know that we can contact each other and share. I like giving and receiving, in good artist circles this happens. I am very proud of that aspect. This is how I started creating videos for other artists which is an artistic path that I had not even planned to venture into. I am very pleased with this turn. I have produced videos and banners for Red-on-Red Records, Dark Spring Festival Boston and acts like A Bunch of Jerks, Kid Gulliver, Cold Expectations, Lee Harrington/Lynda Mandolyn, Justine and the Unclean and others from Boston, Allysen Callery from Rhode Island, Jason Mendelson from Virginia, and Yellow Tie Guy from Maryland. This is a newer venture for me and I hope that more local acts here in the Baltimore and Maryland area work with me if they are interested.

What sets me apart? Hmmm…

No one I have ever played with sounds like me and nor I them. There are overlapping concepts or sounds sometimes, but never do I feel like I sound like anyone and in younger times I wanted that sense of fitting, at 40 something, I care not. I suppose writing songs about what one might seem as offbeat? They feel logical to me, however, based on musical artists who have influenced me my whole life, it feels a bit magpie-like because I draw from their examples. I love when artists sing in multiple languages: Eartha Kitt, Marlene Dietrich, Josephine Baker for example… Opera is that way, Grace Jones, Kate Bush, Donna Summer, Siouxsie Sioux, Annie Lennox, Shakira, Celine Dion, and thus… I guess writing and singing in more than one language is distinct. I rarely translate them because I write them directly in the language I want to sing in because when I think in French or English or Spanish and now, I have been working on Portuguese… it is about using the words and the expressions and the feelings from how I think… The song needs the language I am writing in to convey the message I am expressing, singing in more than one language is a grand feeling because now instead of reaching one part of the world, I get to connect to another… even if I accidentally make an offbeat expression, invent a new word, or have an odd accent to a native speaker… we are engaging in person, on the mp3 or wherever.

I not only have been very fortunate meeting many acts touring around but also collaborating with many wonderful artists to create what I hope to listeners are interesting albums and songs.

For example, on my last EP release Avemetatarsalia (Are you taking a picture of me or the volcano) I worked with my husband, Ron Pigeon, who reluctantly played accordion and Producer/Engineer Don Zientara in Arlington, VA. I am very excited about my upcoming release: El salón (A Happy Home is a Haunted Home) that I collaborated on writing music with Jason Mendelson from Northern Virginia and Jenny Rae Mettee (Fun Never Starts) from here in Baltimore. These collaborations brought new, delicious elements to what I normally do and they were both smashing on the synth! My long-time recording engineer Elizabeth Lorrey in Massachusetts brought the magical ear to make everything meld well. This is a treat that I am thankful for having the opportunity to work with others. I have been the guest on other musicians’ songs, as well, and it’s a treat.

Where do you see things going in the next 5-10 years?
Honestly, I am almost a luddite when it comes to this question. As we have been seeing, the internet and apps have become the outlet for performance, music, etc. This is wonderful!

I like that artists have more self-power and can reach all over the planet! We do not have to rely completely on tv programs that are contests or what music executives have to say.

The Covid-19 pandemic has made a hit on in-person shows and dance clubs.

But my hope is that in the next 5 years. the desire to be out, even if it is outdoors to enjoy music will occur.

I am really not sure what trends, shifts, and changes will be industry-wide, but I know that artists will always be creating quality and taking the changes to do what they will do because artists are wonderfully delicious beings! hope that makes sense. 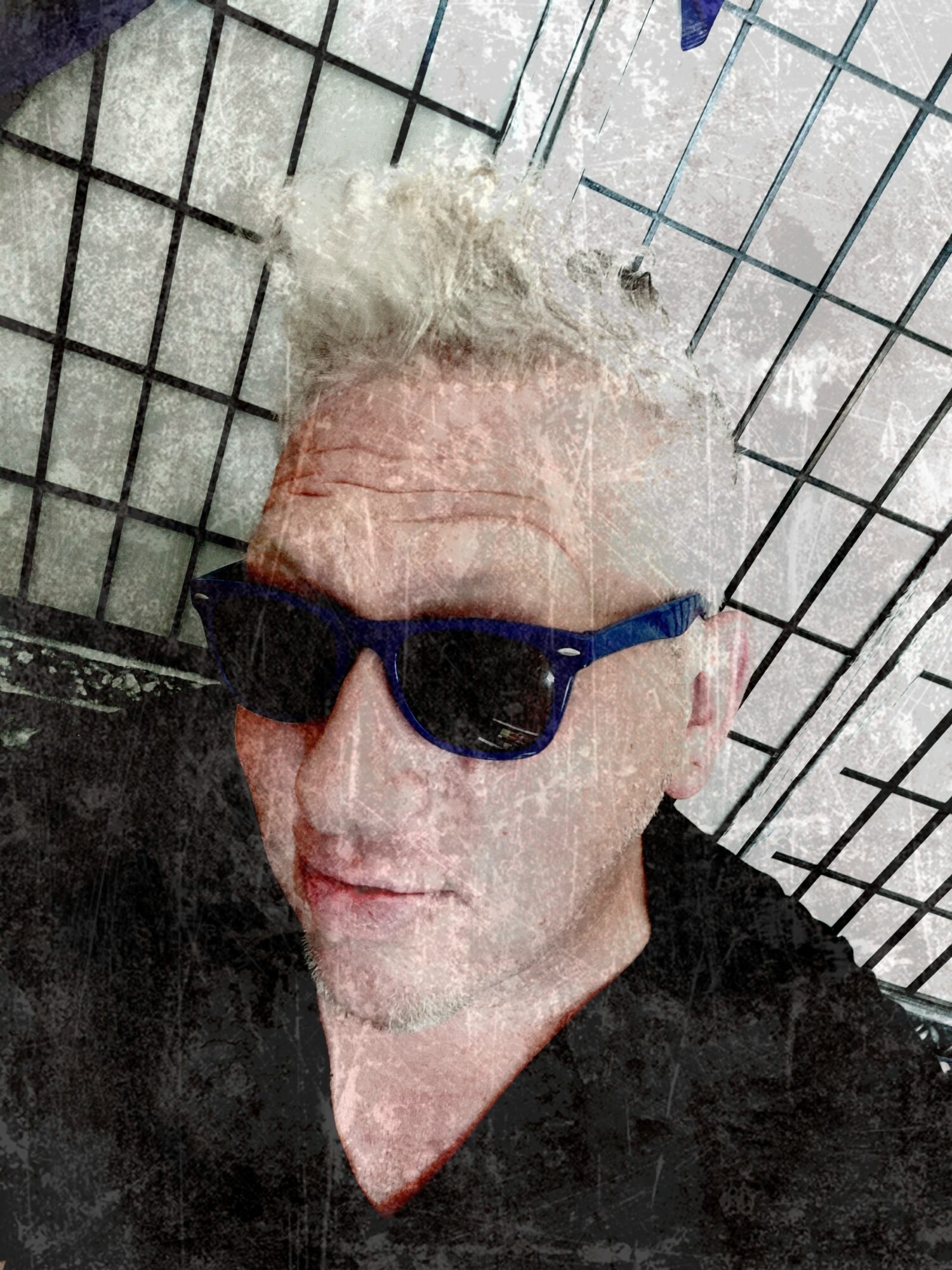 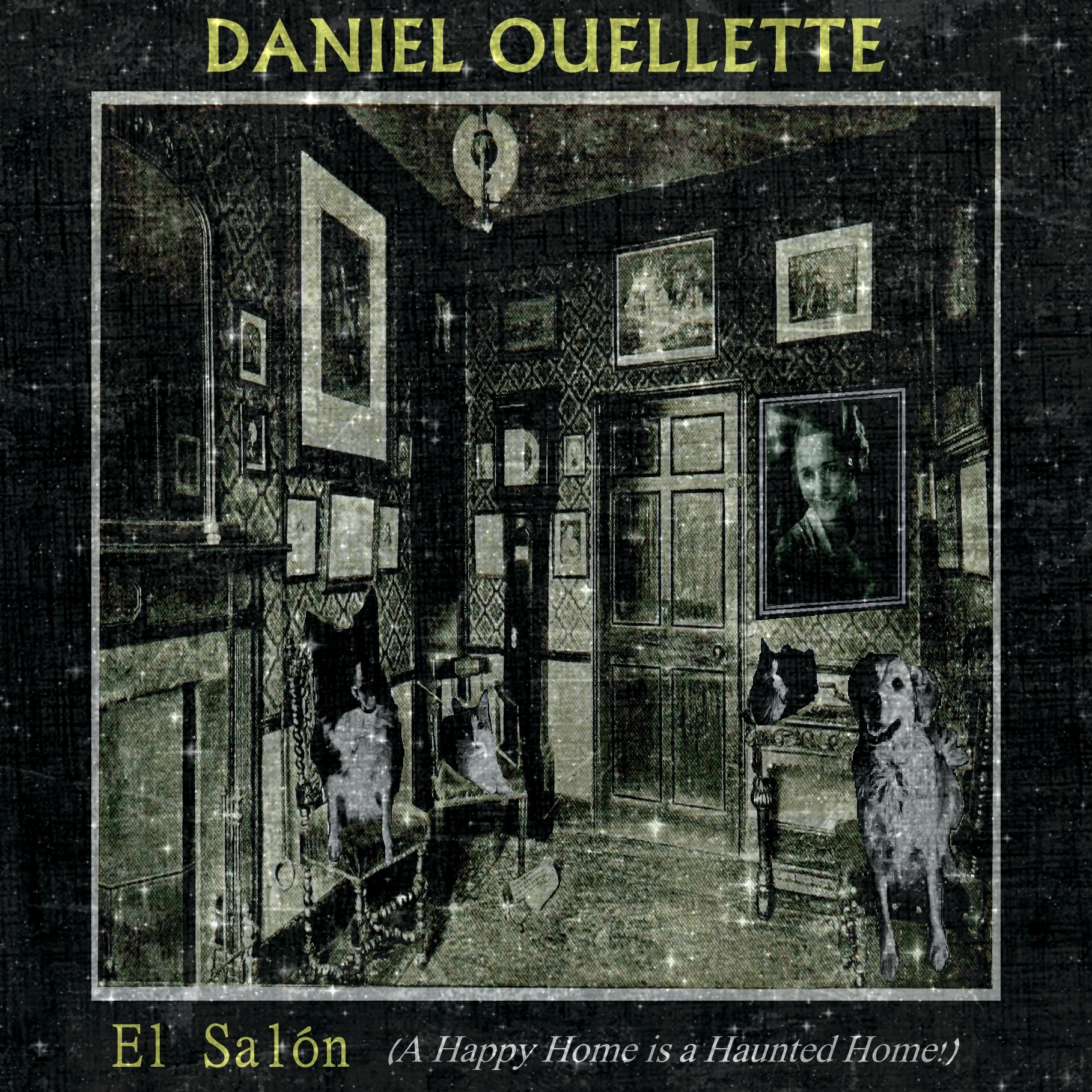 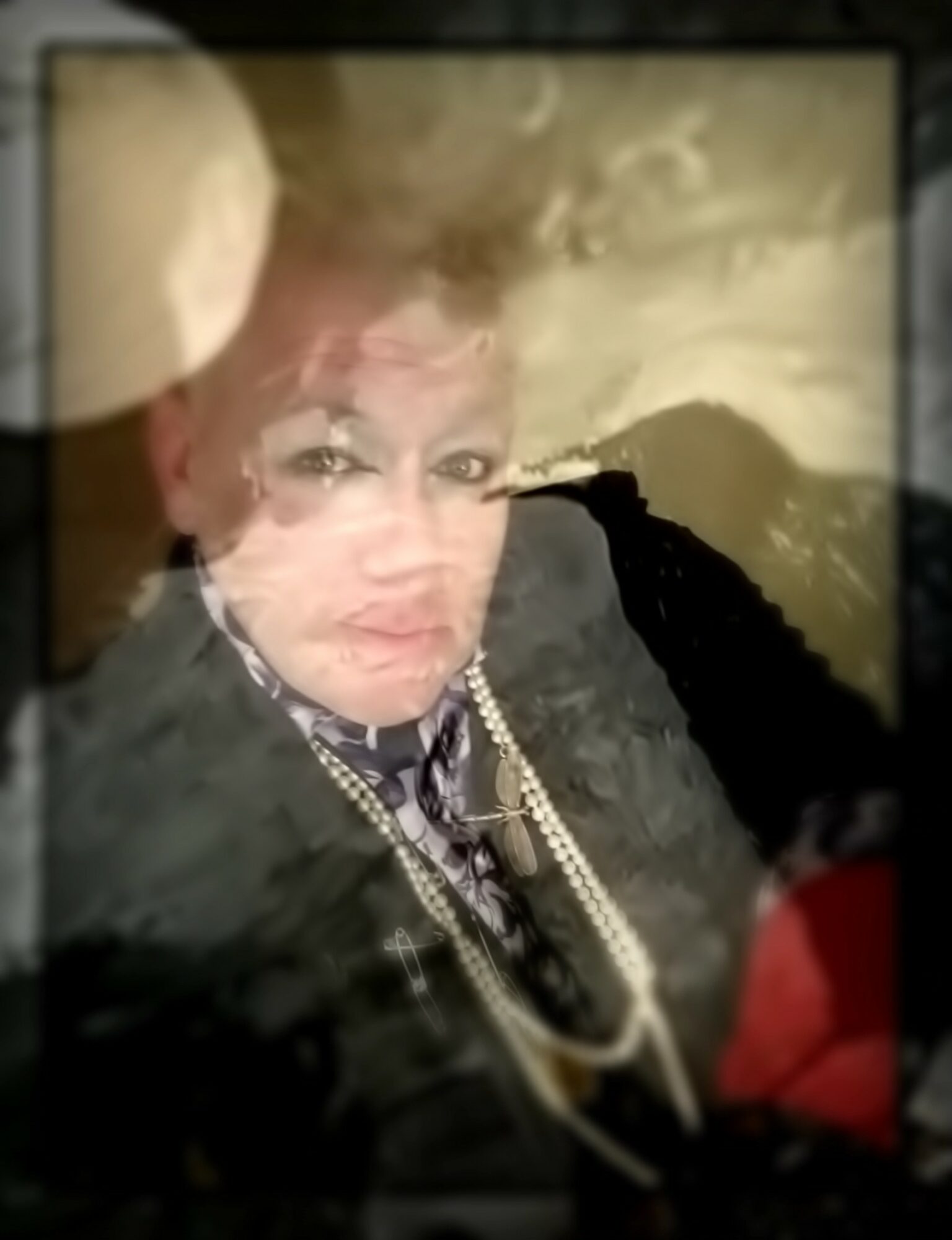